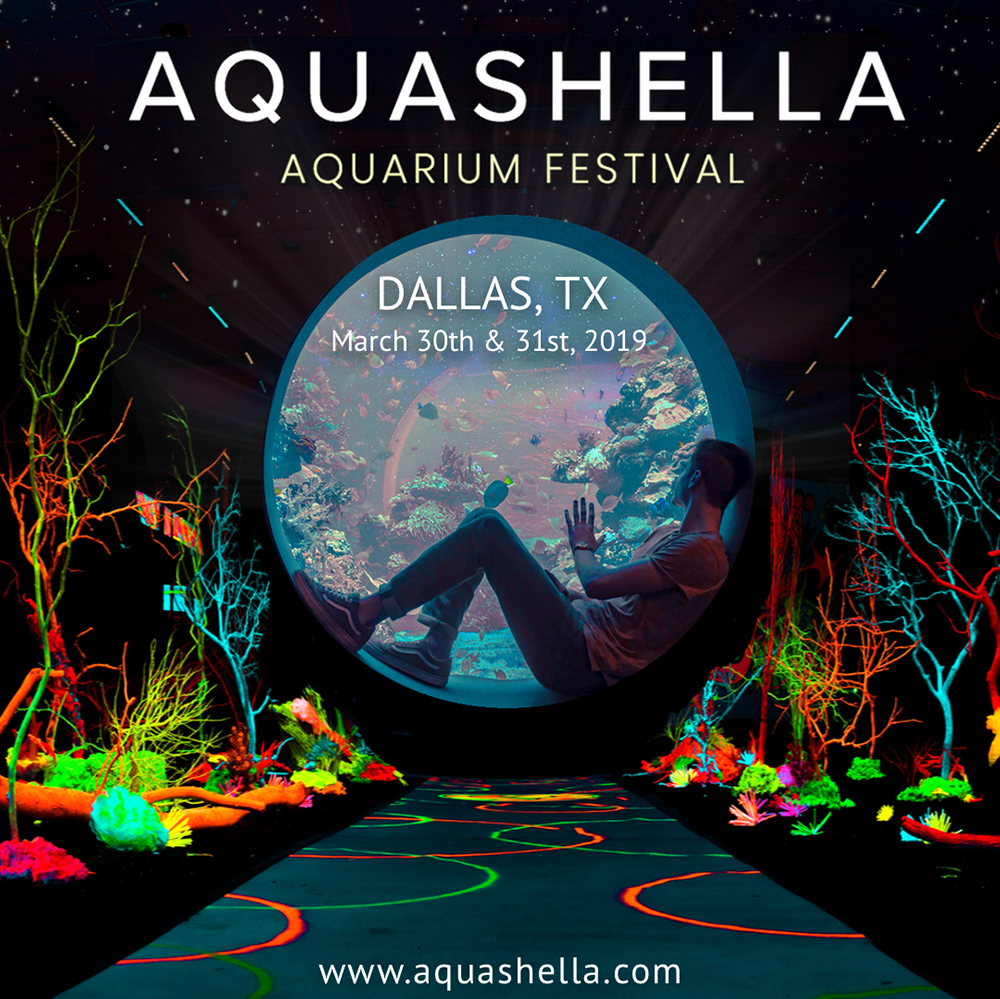 (DALLAS, February 2019; source: CultureHype) - When you hear of a “festival,” you likely think of movie premieres or musicians entertaining crowds of fans. But Aquashella is a different kind of festival – it’s a salt and freshwater aquarium event like no other. The only event in the U.S. to compile all aspects of the aquarium industry in one convention, Aquashella also integrates aquatic-themed art installations throughout the space to transform the showroom into “a vibrant underwater universe.”

Aquashella will take place on Saturday, March 30th, and Sunday, March 31st, from 11am - 6pm, at the Grand Place-Fair Park (1121 First Ave., Dallas, TX 75210). The festival features industry leading coral vendors, freshwater fish breeders, manufacturers, keynote speakers, aquatic-inspired exhibits, and visual artists from across the United States. With contests for aquascaping, an amazon room with reptiles and amphibians, live seminars, YouTubers, raffle prizes, activities for kids, and more – the two-day event has something for everyone.

After a sold-out inaugural Aquashella in Chicago last August, Co-Founders George Mavrakis (CoralFish12g) and Shawn Hale decided to bring this one-of-a-kind festival to Dallas. Catching the eye of top YouTube influencers in the world of aquariums such as King of DIY and Aquarium Co-op, Mavrakis and Hale have turned Aquashella into an event that’s catching the attention of the millennial market and taking the industry by storm.

Aquashella attendees will receive a pair of UV glasses to view the fluorescent coral and aquatic themed art installations. “Most people haven't seen coral under fluorescent light, and some of the freshwater aquascapes look like little underwater worlds,” Hale says. Mavrakis adds that “The aquarium hobby is amazing because it combines aesthetics with science and living animals. Aquashella is not just for the most advanced hobbyist; it also exposes kids and adults to ocean life, while providing an opportunity for experts from around the country to share their knowledge.”

But the event will share much more than knowledge. Aquashella Dallas’ 2019 festival will benefit three charities: St. Jude Cancer Research, the Coral Restoration Foundation, and Project Piaba (a non-profit organization which studies and fosters an environmentally and socially beneficial home-aquarium fish trade). St. Jude will receive half of the festival’s raffle proceeds, while the latter two organizations will each receive 25% of the raffle proceeds. Furthermore, Aquashella has teamed up with The Shelton School, Dallas’ largest school solely serving students with learning differences. Shelton students are invited to Aquashella to learn about the underwater world, and will paint and display their own aquatic creatures while there, something lead set designer Toni Martin believes promotes creativity, confidence and cognitive development. Martin says “The project also allows these students to be a part of something in the community.”

With over 80 vendors, art, and education, Aquashella will be an experience Dallas denizens have never enjoyed before. As Mavrakis says, “There isn't an event like this anywhere near Texas.”
Aquashella-Dallas Aquarium Festival General Admission One-Day Passes are available for $21.65 in advance. VIP Weekend Passes (see website for details) are available for $75 in advance. Kids 12 and under get in free! Additional UV Glasses for the kids are available for $5 each. For more information and tickets, please visit www.aquashella.com. 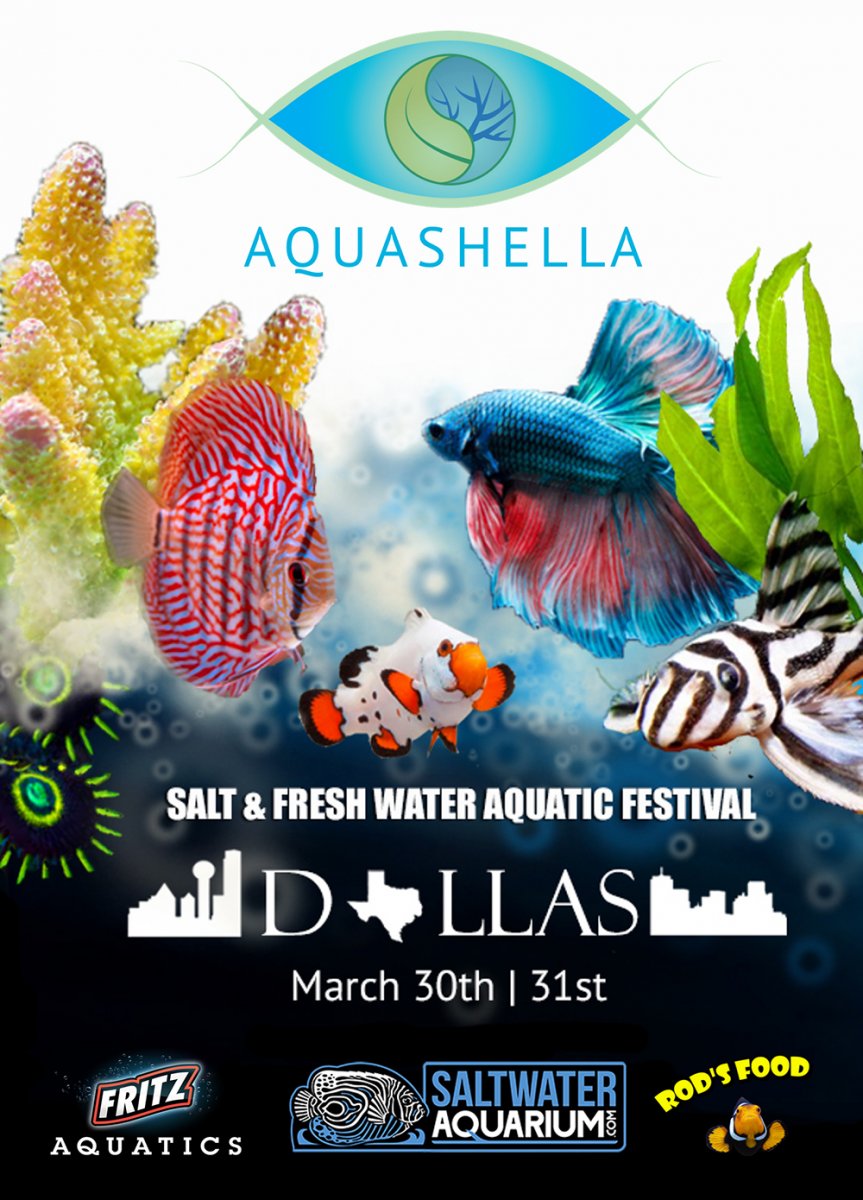