0 nitrates and .02 phosphates but tank overwhelmed by Green hair algae

You can consider really creative solutions and show how easy it is for other reefs, you’ll really like the end result I’ll post pics if you decide to just whip the system into shape vs wait for it

*creative= drain most of your water into a brute, catch for re use. Not having to make 65 gallons eases the work. Doing a disassembly cleaning beats all other methods for longevity because it exports filth vs uses a doser to kill it in the water, rot, and add to the clouding stores already there in pics. Both the rocks and any sand disturbance would cause a cloud in the system above, which is feed


ridding that makes a sharp reef, then input most of the top water back on clear surfaces. up for totally commanding it into compliance in one afternoon? When the rocks are out of water, simply mist peroxide over the areas needing attention and it w clear off the algae. This is easy.

Do you have a refuge running Chaeto? Every system needs algae imo and breeding a preferred chateo aglae in the sump is usually better than anything else. i'm still new to this but I'm a researcher and always research 110% before doing anything myself. thanks for the advice.


sounds ludicrous but clues are found all invasion posts.

this tank here isn’t that bad, removing one test rock to try outside the tank, set back in after detailing, at least allows comparison to untreated surfaces. A single test rock is no work, no harm, and a model indicator for the rest of the tank. Algae will die fast and stay gone nicely when killed externally.

JustAnt said:
Too bad I don’t have a local fish store. I would pay them for a few months of water changes.
Click to expand...

totally personal decision and admire anyone who has the guts to be that honest. It's a hobby that requires a lot of time and money.

A rip clean is one day's work with some logistical prep and some buckets.

Water changes is another story. While no water change tanks are possible, the majority of reefers rely on regular water changes (and other maintenance).

IN any case. I was contemplating getting out after losing thousands $ is corals. But the rip clean threads were in the back of my mind and so while I'm stuck home, I decided to take my tank apart and start over. I am glad I did.

While I have a long way to go get my tank full of corals the way they used to be, the rip clean was like cutting out a lingering spreading cancer. I am excited about my better informed approach to my tank and feel far better armed for success.
Last edited: Mar 29, 2020

Use algae fix. Follow the directions on the bottle or use the directions From old threads on the internet. I used it and it worked great. Although I wanted to start an ATS scrubber and it never really worked after using the algae fix.

Once the algae starts getting weaker put a filter sock in your sub and suck out the dying algae into the filter sock to vacuum the algae out. It may take several weeks to do but it’s fairly easy.

brandon429 said:
Mike does the flow prove or disprove my theory that all reef tank invasions are a matter of psychology before biology


sounds ludicrous but clues are found all invasion posts.

this tank here isn’t that bad, removing one test rock to try outside the tank, set back in after detailing, at least allows comparison to untreated surfaces. A single test rock is no work, no harm, and a model indicator for the rest of the tank. Algae will die fast and stay gone nicely when killed externally.
Click to expand...

All I know is that the year or two of bandaid approaches was a long depressing road. If the water wasn't so heavy and if there weren't living things relying on me for survival I would have put the whole set up to the curb.

My test rocks were encouraging, but since I wasn't prepared to do the full rip clean, the resulting dinos eventually won. It was take it down or rip clean.

I went radical on my rip clean, but I knew I had to make some fundamental changes in my tank set up as well. But the point remains the same:

The rip clean, in one day, rid my tank of all the nasties that had beaten me to a pulp and has reenergized me every time I look at a tank absent of the dinos, cyano, GHA etc that had dominated the tank.

Maintenance had even gotten inspired. Today I did a total clean of my media reactor and pump, tuned my protein skimmer and repositioned my circulation pumps.

Tank: Reefer 250 so with sump it’s about 65 gallons. Run a skimmer (nyos) a bag of carbon in sump and filter floss. Tank is mature; about 4 years old.

I run a mixed reef with 5 fish 10+ corals. I feed about 2 cubes of mysis a week for the past 6 months to try to reduce algae (didn’t work)

I have 2 HD primes by AI on the tank. I reduced the photo period from 10 hrs to about 8 hours to try to reduce algae growth- didn’t work.

I have read up on this issue and it appears many reef keepers have run into the problem I’m having. It was even described in a BRS video. The reason why the nitrates and phosphates are low AND I have GHA is likely that the large amount of GHA is consuming the nitrates and phosphates giving a reading of zero. I believe this is what I’m experiencing. Problem is I don’t know how to fix it.

Today I manually removed as much algae as possible. Other than manually pulling out the hair algae the only other step I took was to start dosing 2ml of nopox.

Any recommendations to solve the problem? Thanks in advance.
Click to expand...

@brandon429 could help with steps to do a rip clean. Which is what I would recommend in this situation.

An alternative would be this.

Repeat once every week or two.

quick side note. I am not sure dosing nopox is going to help and may make things worse. You are already low to no nutrients so carbon dosing might lead to more problems like cyano and worse, dinos.

You recognize the issue, the algae is already established and outcompeting the corals for nutrients so, IMO, lowering them any more is just going to keep the scales tipped in their favor.

Good start with pulling out what you can.


let me see if I can find the 14k gallon tank and how that reefer did it, keep in mind it was not a quick fix. That algae got there over a number of years

The problem is that every time someone is in this situation they get completely tempted by the Magic Potions that are offered. Over the 35 years I have been keeping reeftanks there have been so many of these products that have come and gone. It is almost like every 2-3 years a new batch crop up and several individuals swear by them long enough until hundreds if not thousands of people have tried them. Eventually the users make a consensus that they don't work. Then the product disappears off the market and a new one crops up.
My buddy use to tell me that for the fish it's like sitting in a room full of turds and then someone sprays some Fabreze in the room and says everything will be ok.
OP

I think I’m going to start with a fresh clean up crew. Looking at reef cleaners website now

JustAnt said:
I think I’m going to start with a fresh clean up crew. Looking at reef cleaners website now
Click to expand...

Hear me out, sure a CUC will help, but there is STILL an underlying issue with nutrients. That needs to be figured out as well. Maybe siphon all detritus, sandbed, blow rocks off and do a 30-40% water change once a week for two or three weeks. This will give you CUC a chance to catch up. I notice you said you dont do water changes. You current plan of attack isnt working. Of you want to consider a no WC route, you need to remove as much Algae as possible, blackout for 2-3 days. Then add chaeto and a fuge light. This will allow the chaeto to absorb the nutrients instead of the Algae. The reason why it died previously is because the algae outcompeted the macro algae for nutrients. Either do WC’s or try the above method

JustAnt said:
I think I’m going to start with a fresh clean up crew. Looking at reef cleaners website now
Click to expand...

CUC are good, but why do you need a fresh start? Did your CUC die off? Is so, you should fix that problem before adding a CUC to ensure they survive.

Your tank is too small for tangs. Tanks are never algae free. CUC 's help, but nothing mows algae like a tang. So, like we nano tank keepers, consider methods to deal with the lack of tangs.

there are a number of posts with great advice here, but it appears you are seeking set it and forget solutions that are low probability solutions.

Get the algae and detritus physically out of your tank and then the probably of success for the solutions you are considering will greatly increase.

If It was me, I would:
1. increase water changes
2. Add lots of herbivores. Big turbos, specifically. A lot of snails. You can put in a tuxedo or similar urchin. Even the most pristine wild reef would be overrun with algae without herbivores.

And that is absolutely all I would do.

Reeflux aka flucanzole is effective on bryopsis and gha, there is a great thread on here about it.
OP

Well I am really appreciative of everyone’s feedback. I’m a bit overwhelmed at the variety of suggestion...

i just ordered this cuc plus added another dozen hermits. 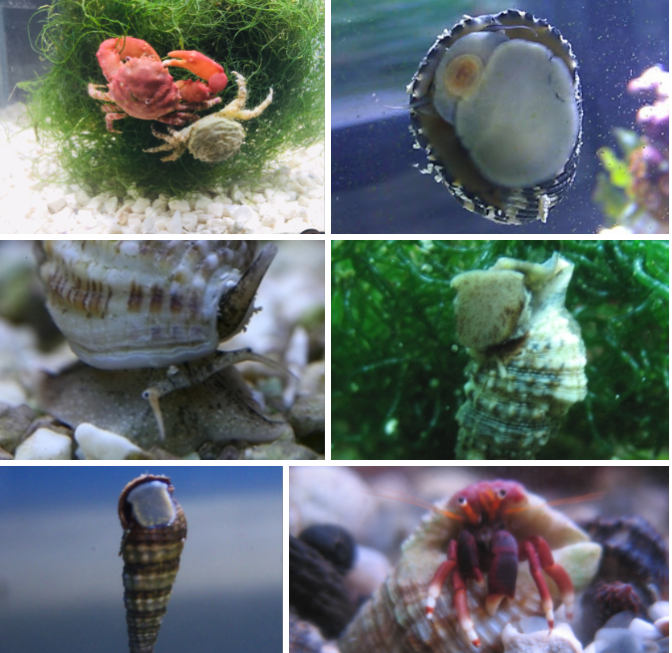 Shipped for free via Priority Mail you will get: 38 Dwarf Ceriths - these smaller Cerith snails range in size from a half and inch to almost 1'', but are slender. Their tiny size allows them to...

Explorer12 said:
Do you have a refuge running Chaeto? Every system needs algae imo and breeding a preferred chateo aglae in the sump is usually better than anything else. i'm still new to this but I'm a researcher and always research 110% before doing anything myself. thanks for the advice.
Click to expand...

I mentioned in an earlier post in this thread I was successfully growing sea lettuce but after awhile it all died.
OP

NS Mike D said:
CUC are good, but why do you need a fresh start? Did your CUC die off? Is so, you should fix that problem before adding a CUC to ensure they survive.

my tank is almost 4 years old. I don’t think it’s unusual that many of the original cuc died after 4 years. All those hermits always fighting for shells, etc. I don’t thing it had anything to do with my water parameters. I have only lost 1 fish in 4 years. The cuc life span in a water cage is not as long as in the wild.