I just pulled the trigger on a 48x48x24 tank and stand.
In September (2019), I broke down my 210g mixed tank and moved. The 210g was set up as a peninsula at the old house, but at the new house there really isn't anywhere to set it up that way. I decided instead of having a 72" tank running along the wall, I'd rather have a 48x48x24 cube.
I'm selling the (un-drilled) 210g tank, stand, canopy, Trigger Systems Ruby 36 Sump, and overflow box. If you know anyone in the Dallas/Ft. Worth area looking for a tank let me know. I am keeping the remaining equipment: Apex, 2xVarios return pumps, Reef Breeders LEDs, UV, and other odds and ends from the 210g system. Just before Christmas I found a Trigger Systems CR 44 on sale and ordered it. I found a deal on BRS that I couldn't pass up. I've been looking at T5 hybrid kits. I spotted a sale on BRS Aquatic Life T5 kits 36" was around $250 and 48" was around $275. I ordered a pair of the 48" T5 Hybrid kits and the spacers needed to mount my Reef Breeders LEDs. Looking back on it, I think I may have been better off getting the 36" instead of the 48". I say that because I would like to mount the lighting to a frame and have the frame on rollers. The idea is to be able to roll the light out and away from the tank for bulb replacement. I will keep thinking about what and how I want to do this and maybe I can make the 48's work. With the spacer kits, the T5 housing will be 23.5" x 2 puts the lights at 48" long and 47" wide. The next purchases will be for rocks and sand.
Here a video of what I had in the 210g:

It broke my heart. Just when the tank, fish, and corals were hitting their groove, we decided to move and I had to tear it all down and sell/give away the livestock. I knew it'd be a couple of months from tearing down the 210g to setting up another tank. I'd rather give the livestock away to responsible owner than watch them die at the new house.
OP
S 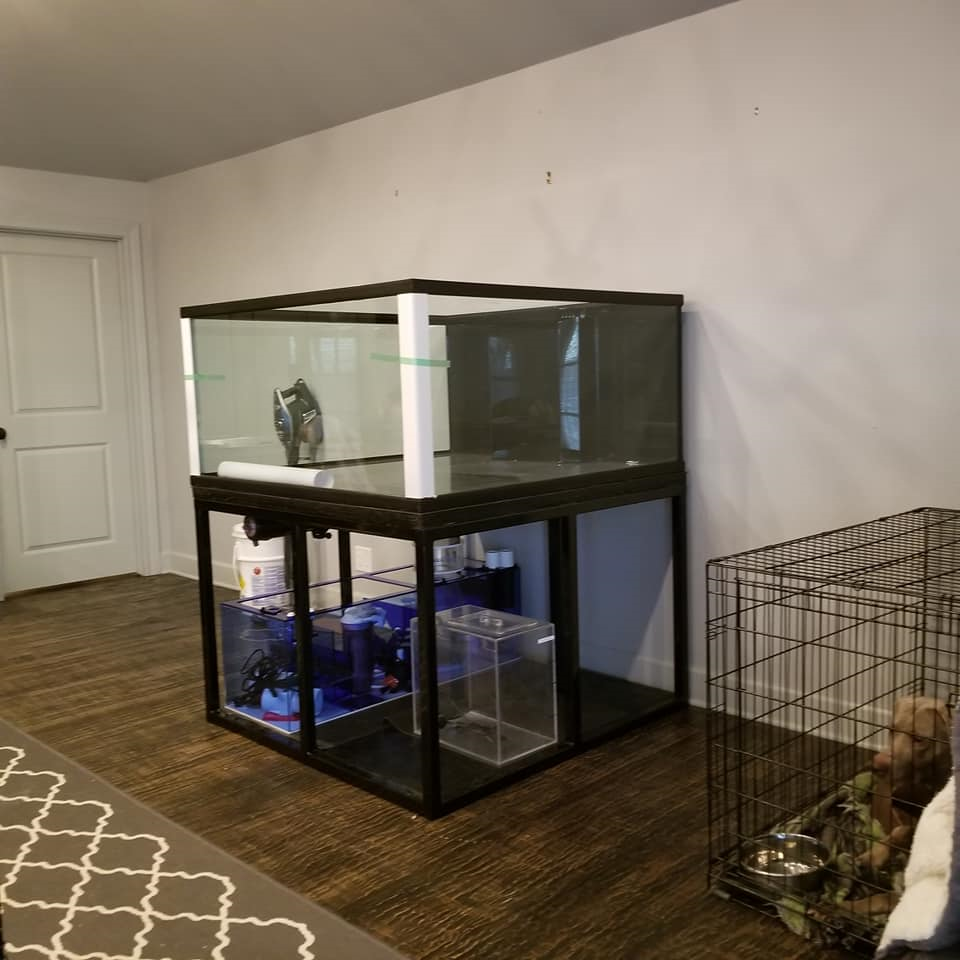 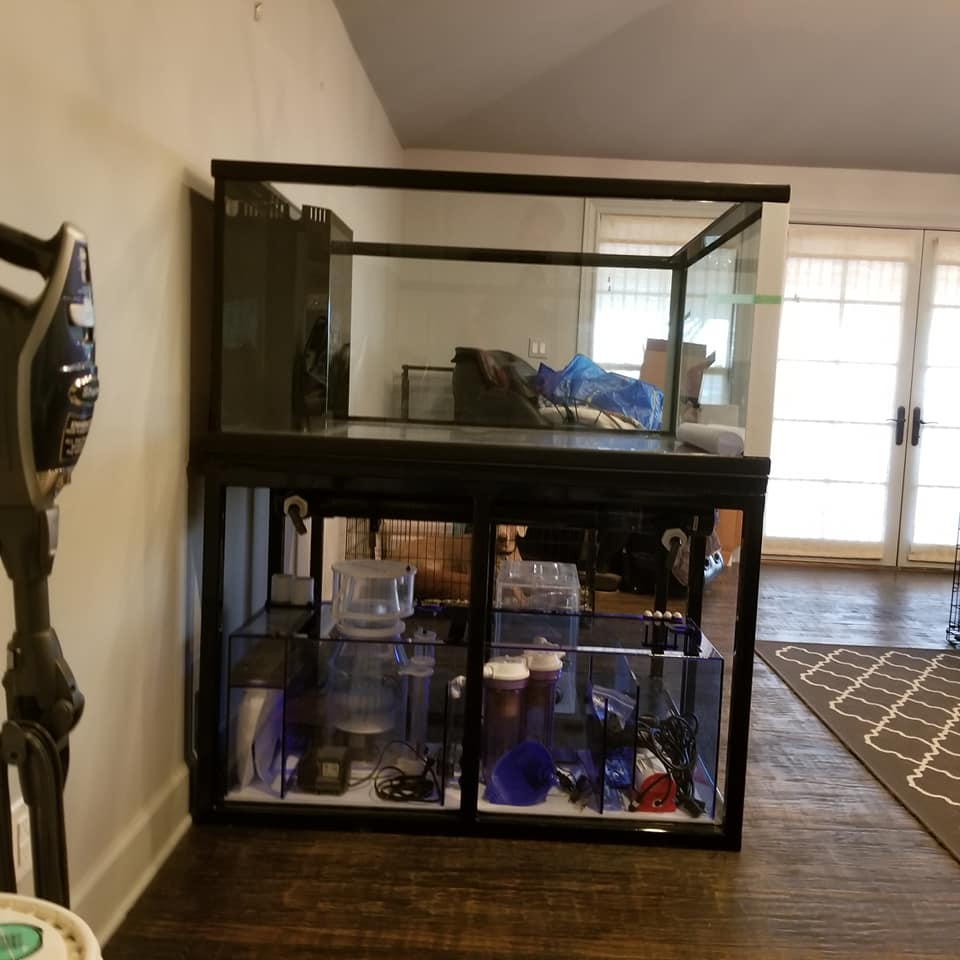 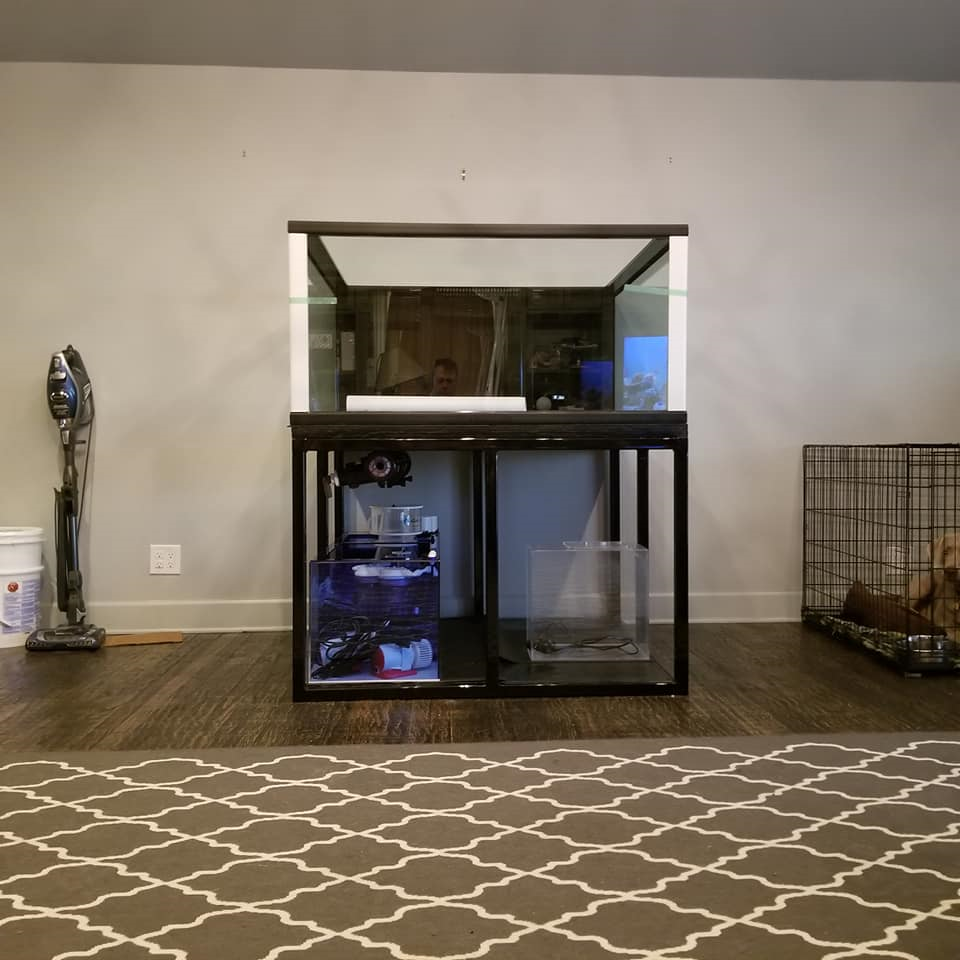 I LOVE the depth on that tank! Your aquascape will be amazing!

That's going to be a great tank!
OP
S

reef lover said:
I LOVE the depth on that tank! Your aquascape will be amazing!
Click to expand...

I hope so. I hope is doesn't look like I just piled the rocks up. LOL

I can see a huge crescent shaped scape with a nice lagoon in the center...

Sorry everyone. I haven't kept up with this as well as I should. I finished the rockwork this morning and began adding RODI. Once its full, I'll begin leak testing everything. If all goes well (no water where it shouldn't be) I'll add/mix the salt and then add the sand. Here are some pictures of what I've done on the system so far: 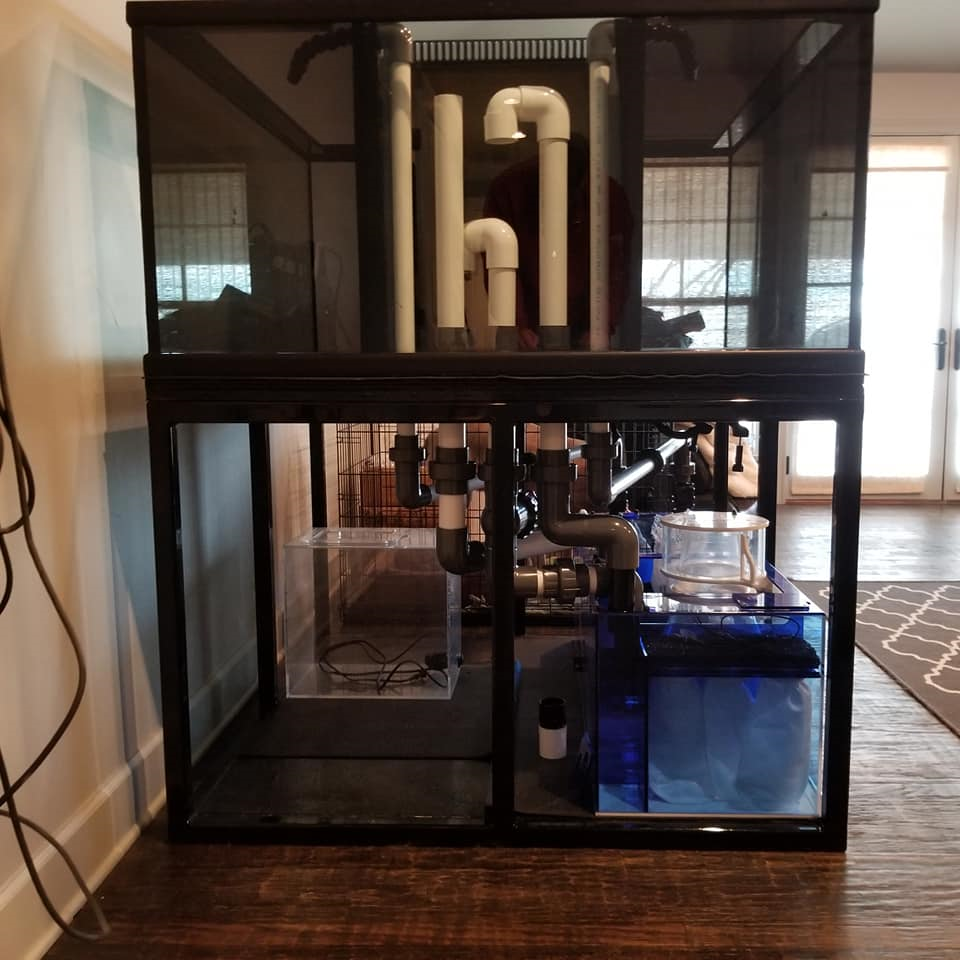 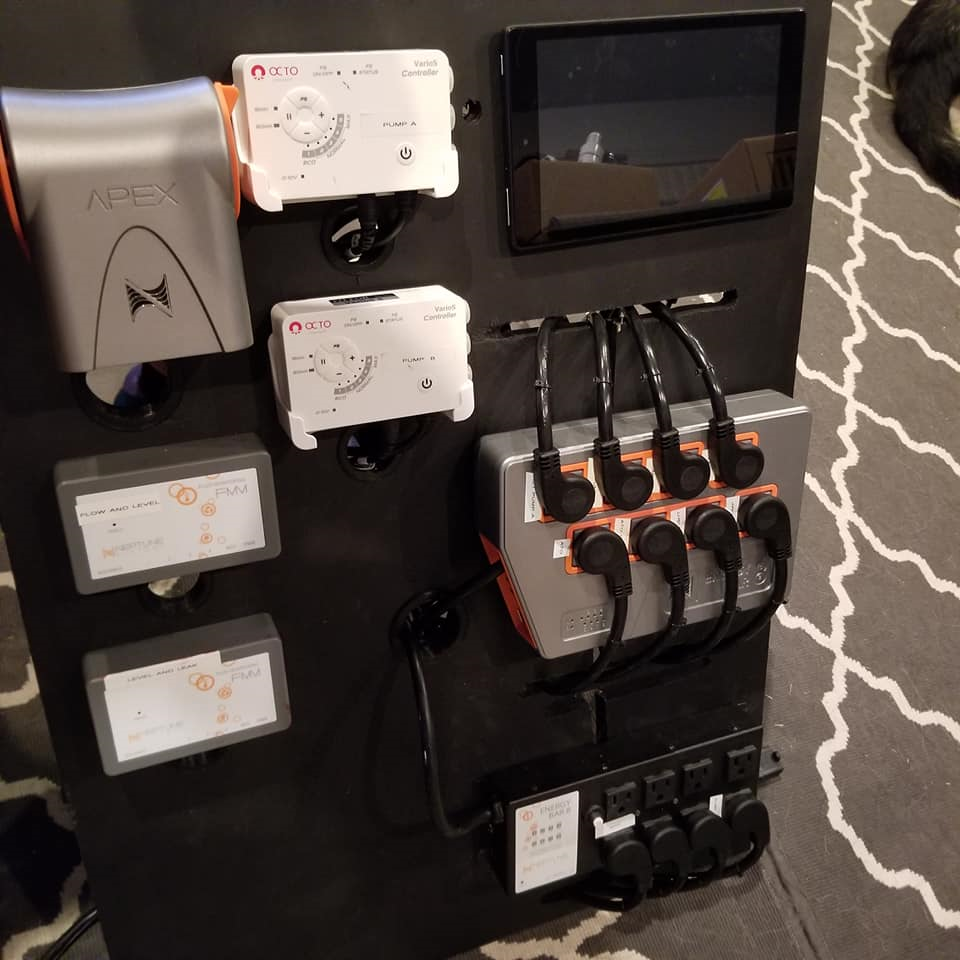 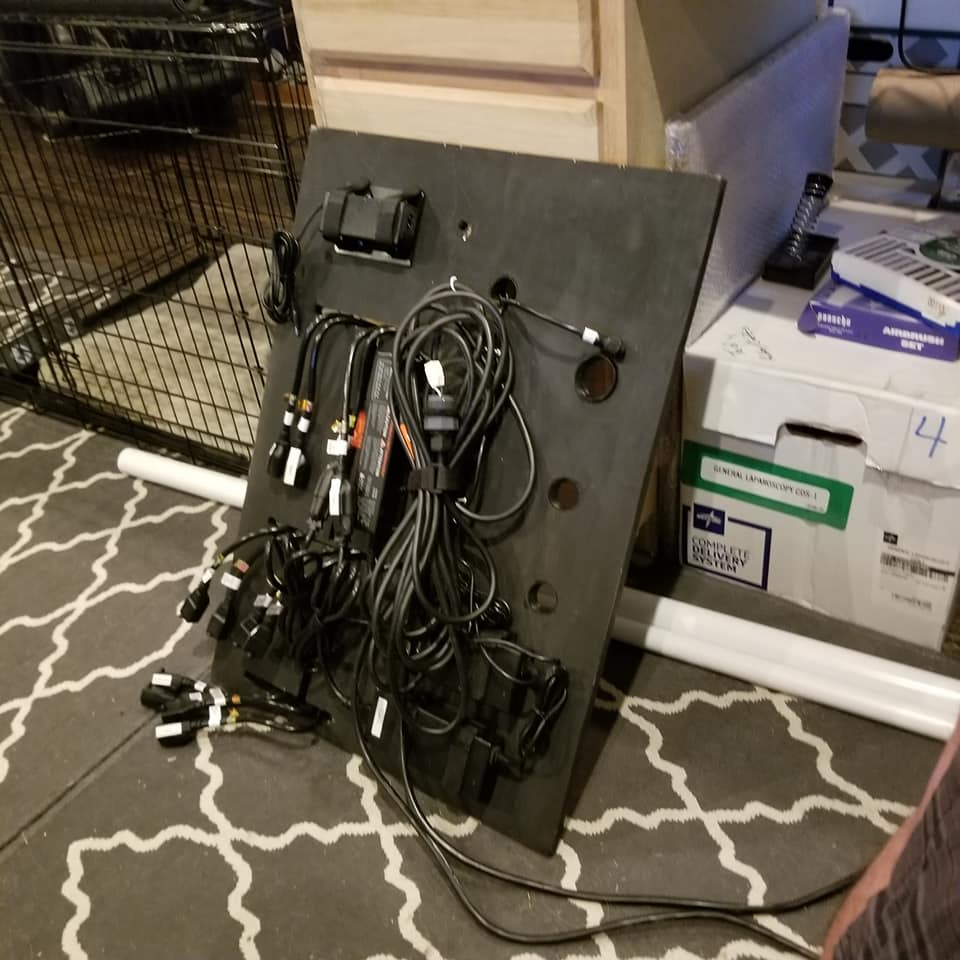 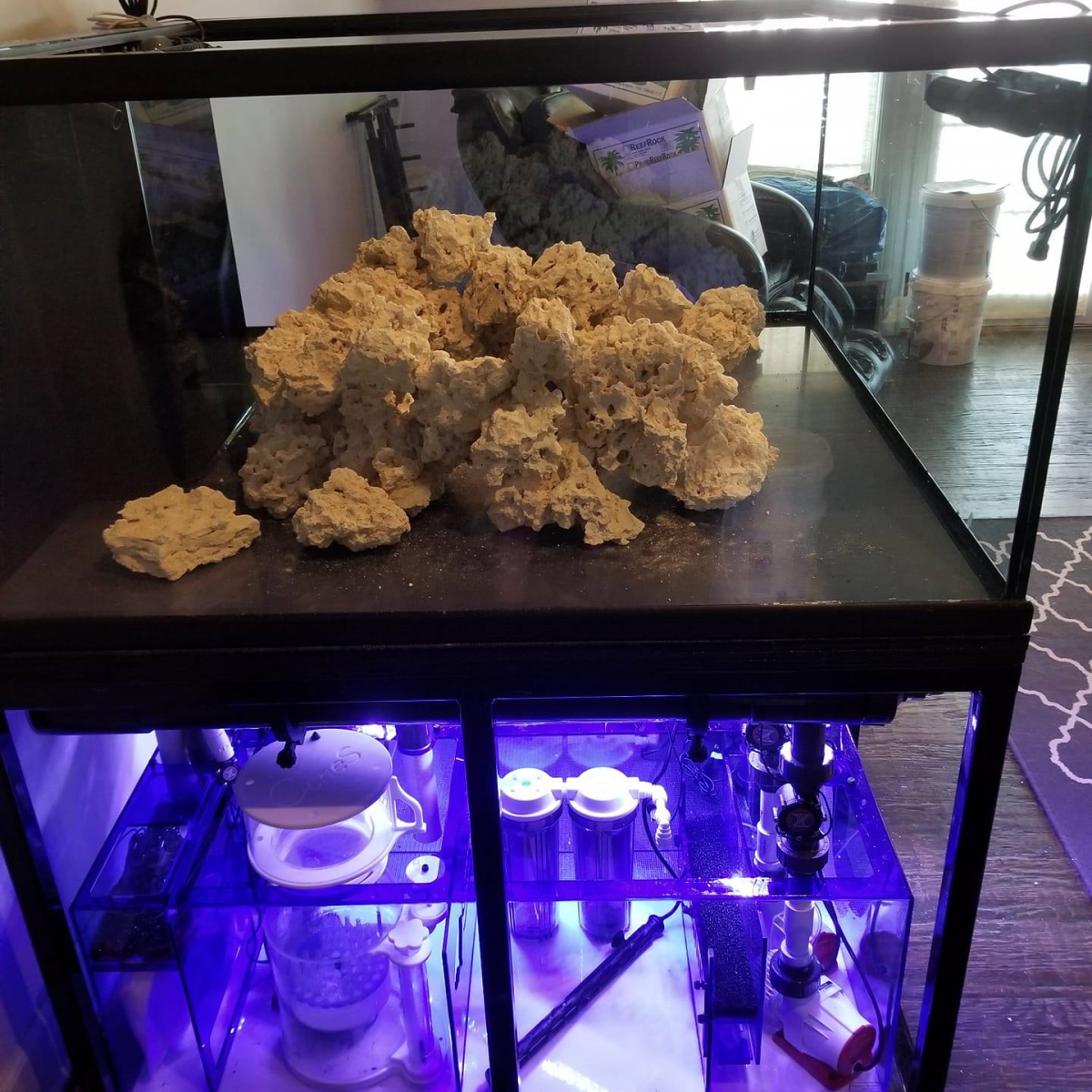 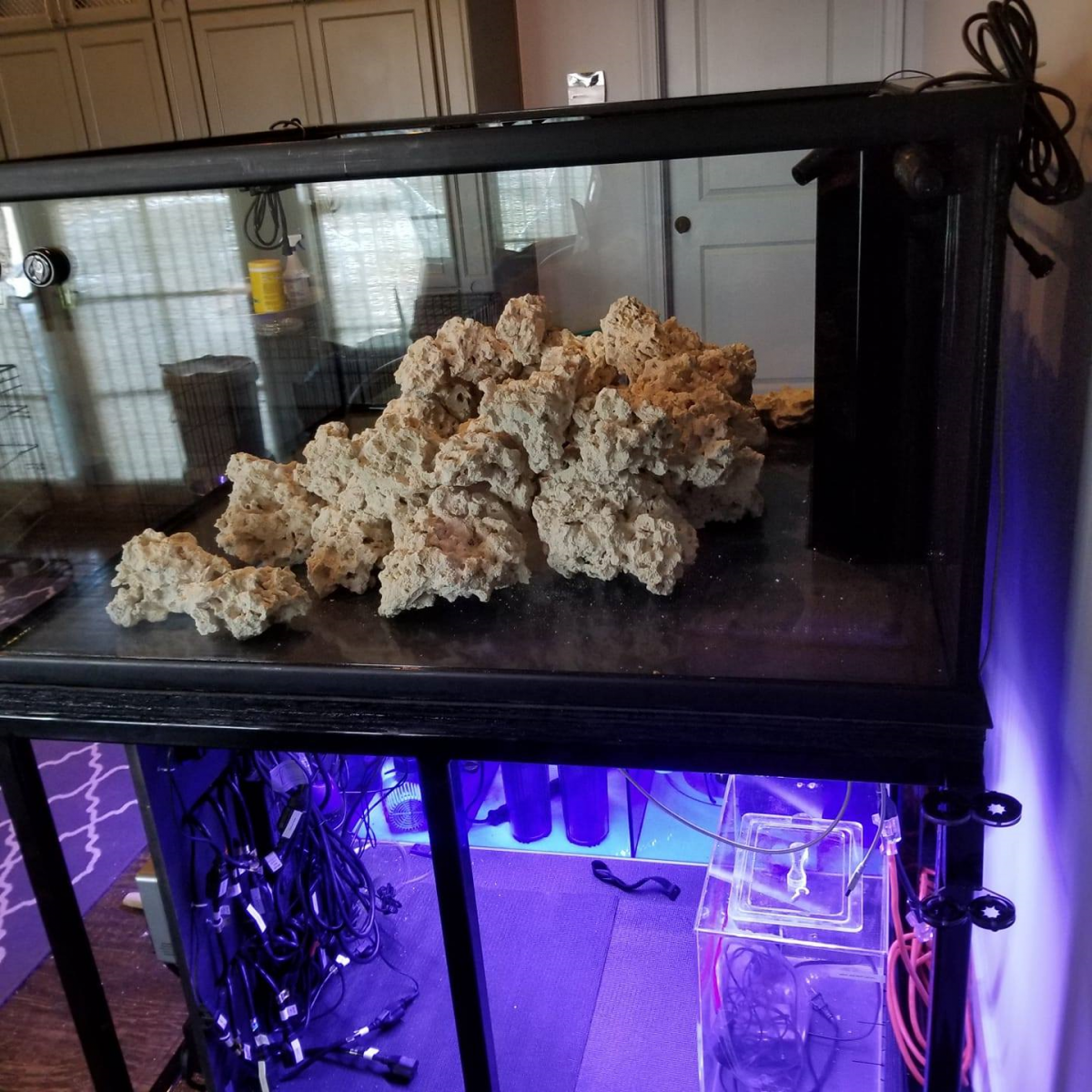 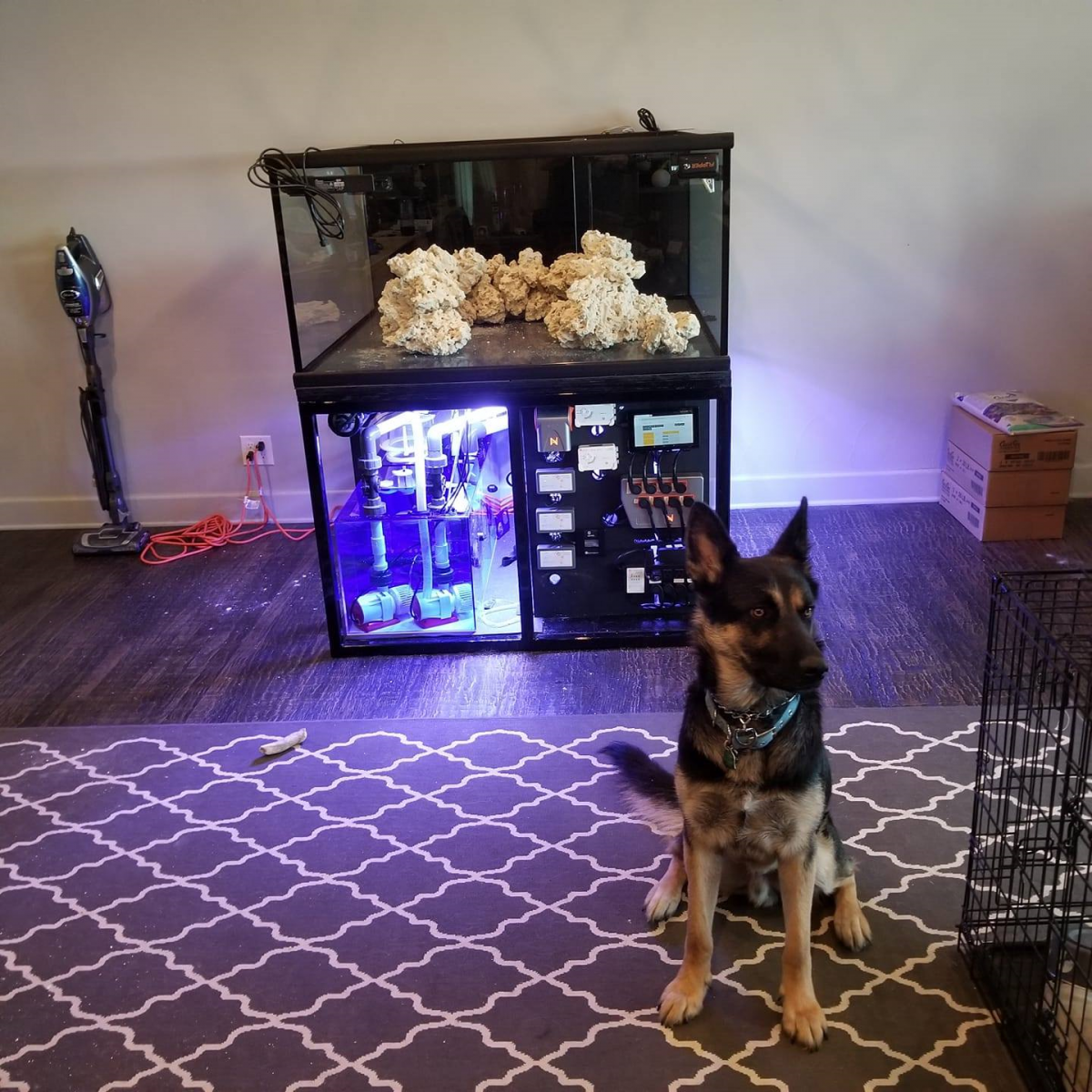 Looks Like You are Ready My Friend! Love It

LOL. Our house is on well water so the pressure isn't the best. I picked up the 6 canister RODI, Water Saver add-on, and booster pump from BRS. I think I'm producing between 5 and 6 gallons an hour. LOL. This is the slowest part! ARGH!

WHAT LIGHTS ARE YOU GOING TO USE?

Are you only running one hybrid for a 48” width?
OP
S

I have been using Reef Breeders Photon V2s for years and love them. I have heard and read that T5s are still the standard that many LEDs try to emulate with their spectrum and way they disperse light. I picked up a pair of Aquaticlife 48-inch T5 hybrids. I still need to build the canopy to house them. I want to use drawer slides so I can roll the fixtures out to replace the bulbs. Still working on that in my head. LOL
OP
S

I got a pair of the 48-inch T5 Hybrids. I kind of think I could have gotten by with a pair of the 36-inch hybrids instead of the 48. Even though the tank has the plastic trim rings on top and bottom. It looks like Planet Aquariums used Euro-bracing too. There is a 3-inch strip of glass around the entire top of the tank.
Last edited: Feb 15, 2020