So I've been dealing with some sort of issue with my corals, particularly acropora, over the course of the last 4-5 months. It's been a steady degrade, both visually and in element consumption. Before whatever happened, things were really looking good all around.

Filtration:
Flow:
Lighting:
Dosing:
Additives (over the course of the year):

Parameters:
Alk - Tested with Hanna Colorimeter, mostly tested in morning, but occasionally test more than once a day

I pointed out the contents of the red box because I don't think the perceived jump in alkalinity is real. I started a new bottle of Hanna alk reagent and previously noted that the bottle I finished has a stark difference when starting it.

Note the drop for both nutrients in August, which I believe was caused by iron dosing and its impact on my ATS

Despite some values out of range, I don't think water quality wrt elements is a problem.


I have some progression pictures that portray most acropora in my tank. At this point(Dec. 2nd), I've lost 4-6 acro frags due to complete tissue necrosis. Please note the dates - the first compilation ends on today, whereas the others are back from November. So there is still some crap hanging on, or the problem just look longer to manifest on certain coral. 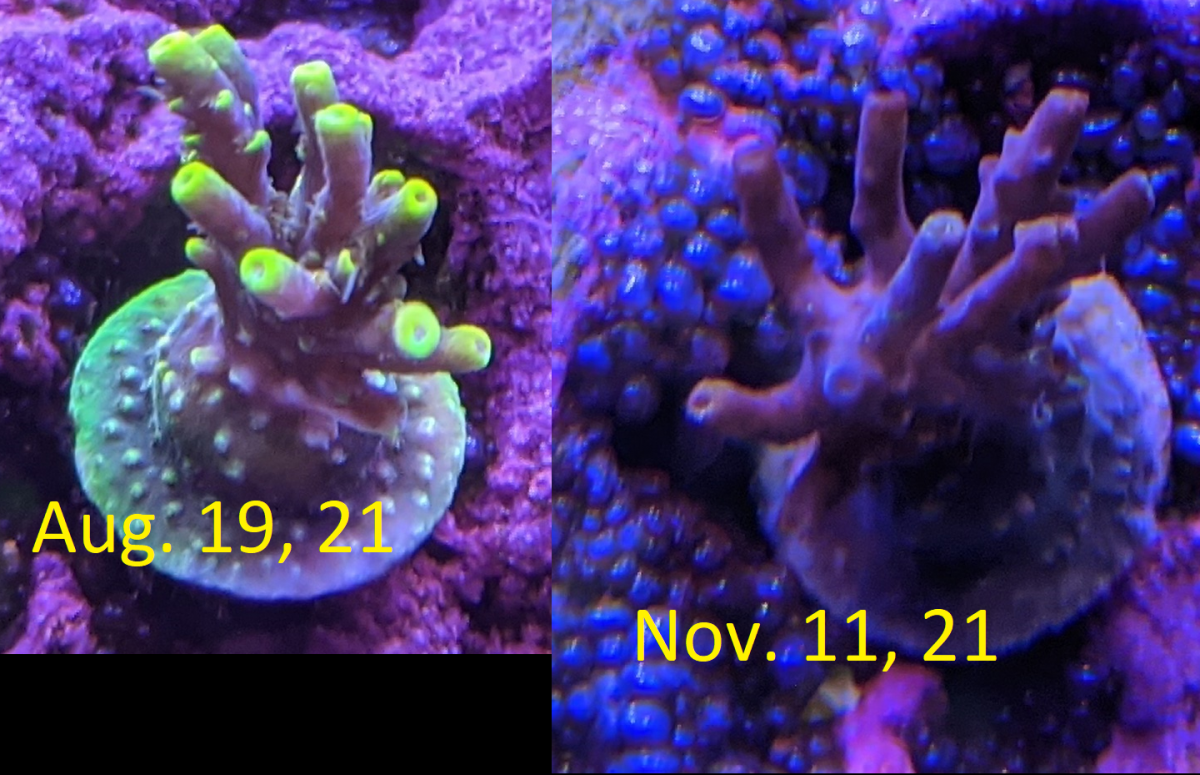 So I'm really trying to understand what is the root cause here.​

I am still a very new reefer - I'm two years in. I don't have all the answers or experience.

My best interpretation for timeline is:
Other thoughts/counter points:
I'm having a tough time figuring out if I'm out of the weeds and just seeing acros having their delayed reactions, or if something is still awry. I did get a small batch of new corals (3 acros) and their PE is good! But I also know there could be a delayed onset here as well.

I would recommend that you change your paradigm on what you are calling nutrients. First, separate the term nutrient into energy and building blocks.

Energy comes from the lights - it can sometimes come from other areas, but let's stop here for the moment. Have you used a PAR meter at all? xr15s are not strong lights, but they might be fine.

Building blocks are N and P, mostly, but also some aminos. First, your corals don't need amino supplements - they get sold as gold but tanks that don't add them don't suffer. Second, residual values on a test kit are fools gold - you want available nitrogen in ammonia/ammonium from your fish and all forms of phosphate/phosphorous also from feeding your fish.

In short, the basic recommendations of maybe more/better spectrum with some T5s might be a good idea. Also, keep feeding your fish and if you skimp, then feed them more - feeding fish is paramount and a paradigm of heavy import and heavy export is a good one.

Do you change water in good quantity? If not, then start. Water changes are the cheapest and most effective way to have good change. 200g box of IO which makes about 176 gallons is less than $40 and can do wonders.

Iron is needed by macro to grow. No surprise that bubble algae took off once you dosed leading me to believe that you were iron deficient which also leads me to believe that water might not be changed enough since water changes supply iron. Your turf algae will appreciate the iron too. You didn't ask about this but Emerald Crabs from Reeftopia destroy the stuff for me - real Florida Keys crabs, not just generic Emeralds from who knows where. They live about three years, or so, so you have to to replace them over time.

I don't think that the witchhazel hurt, but it probably did not do anything either. This is PURE speculation, so probably not worth much.

Agree with poster above on all points but one question.

How quickly did you stop flatworm stop as I’ve read that it’s like drugs for corals that you can’t just abruptly stop and needs to slowly decrease dosage until you stop.
B

Tin is going down so maybe things will improve on their own.
Iodine where it is on the latest icp is also not a smart place to have it.

I was in your situation at the same point in my reef. Acros got me down. I couldn’t understand what was wrong. Then like magic they perked up and got going. I like the recommendation of cutting out supplements, go for water changes (I do 20% every 2 weeks) and wait it out.
S

Tin contamination, typically secondary to pvc pipe or flexible tubing. Organotins are added to prevent biofouling of plumbing by killing anything that comes in contact with them. Some of this leaches out into the water and you get coral death. Cuprisorb is supposed to aid in removal. 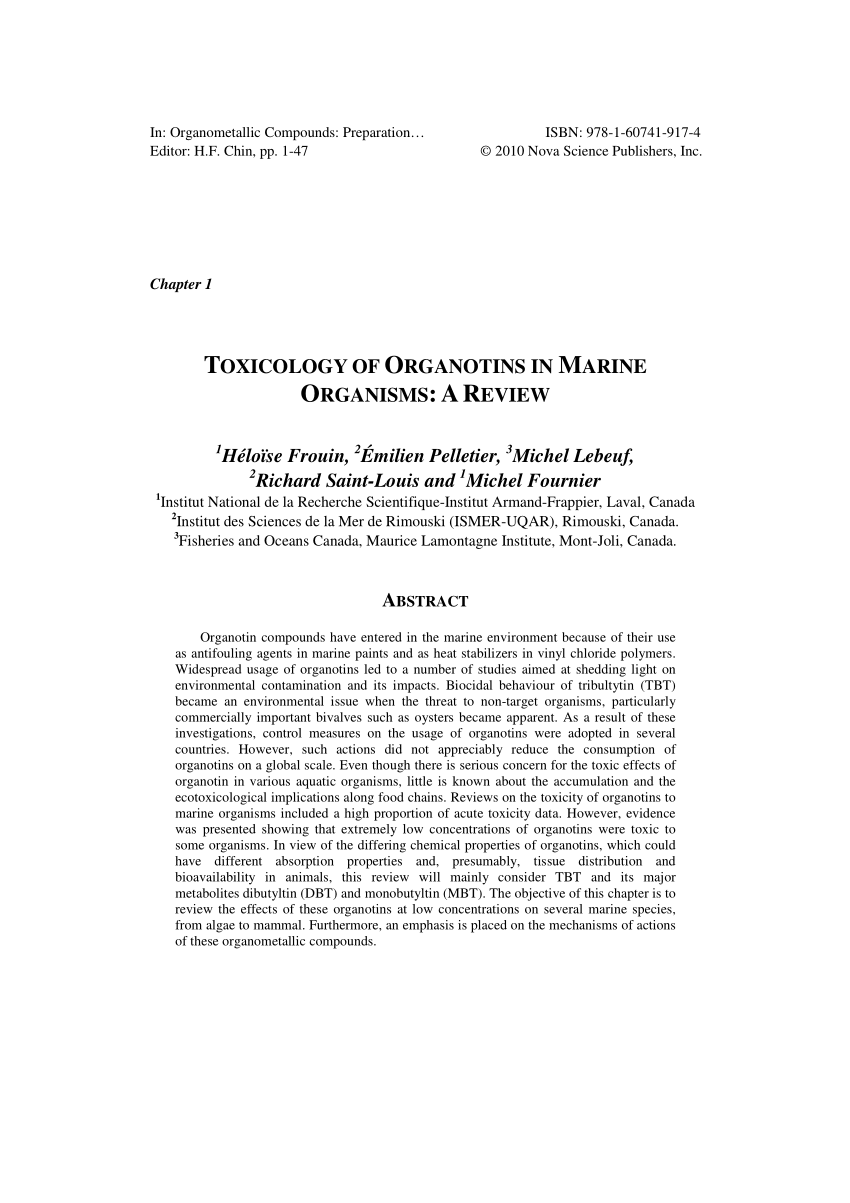 (PDF) Toxicology of organotins in marine organisms: A review

PDF | Organotin compounds have entered in the marine environment because of their use as antifouling agents in marine paints and as heat stabilizers in... | Find, read and cite all the research you need on ResearchGate

How to get coral out of stress?