Aiptasia: Do you ever just leave them alone? What happens if you do?

I thought this could be an interesting subject today because we all have some sort of experience and if you haven't then rest assured that you will! Aiptasia! Sooooo what leads me to this topic today? Rather, why have I worded the title in such a way that it might suggest I "leave aiptasia alone?" I'm glad you asked! First let me say that I do not condone or advise people to not eradicate aiptasia as quickly as they can. But I am curious so let's proceed.

As mentioned in an earlier QOTD topic I have been really "hands off" with my tank for the past year and it has blossomed. Not only has it done well color, coral growth and algae wise but it's also had an issue or two and one of them being that some aiptasia popped up many months ago. More like a year ago. Being that I was hands off at the time I decided to roll the dice and if the aiptasia got out of hand I would throw in some berghia nudis to devour them. Well as time marched on the aiptasia got worse and spread a little more. Still I held out. Over time though I noticed that they were starting to diminish! The fields of aiptasia were disappearing. A few BIG ONES had set up filtering stations and claimed homes of their own but the masses started diminishing. Where were they going? I don't have any aiptasia predators in the tank, that I'm aware of. But it did get me thinking that maybe there was something to this. Let's talk about it today!

1. Do you ever just leave aiptasia alone?

2. What is your experience with leaving aiptasia alone, in a maintained tank? Not talking unmaintained, don't care about you, type of tanks. 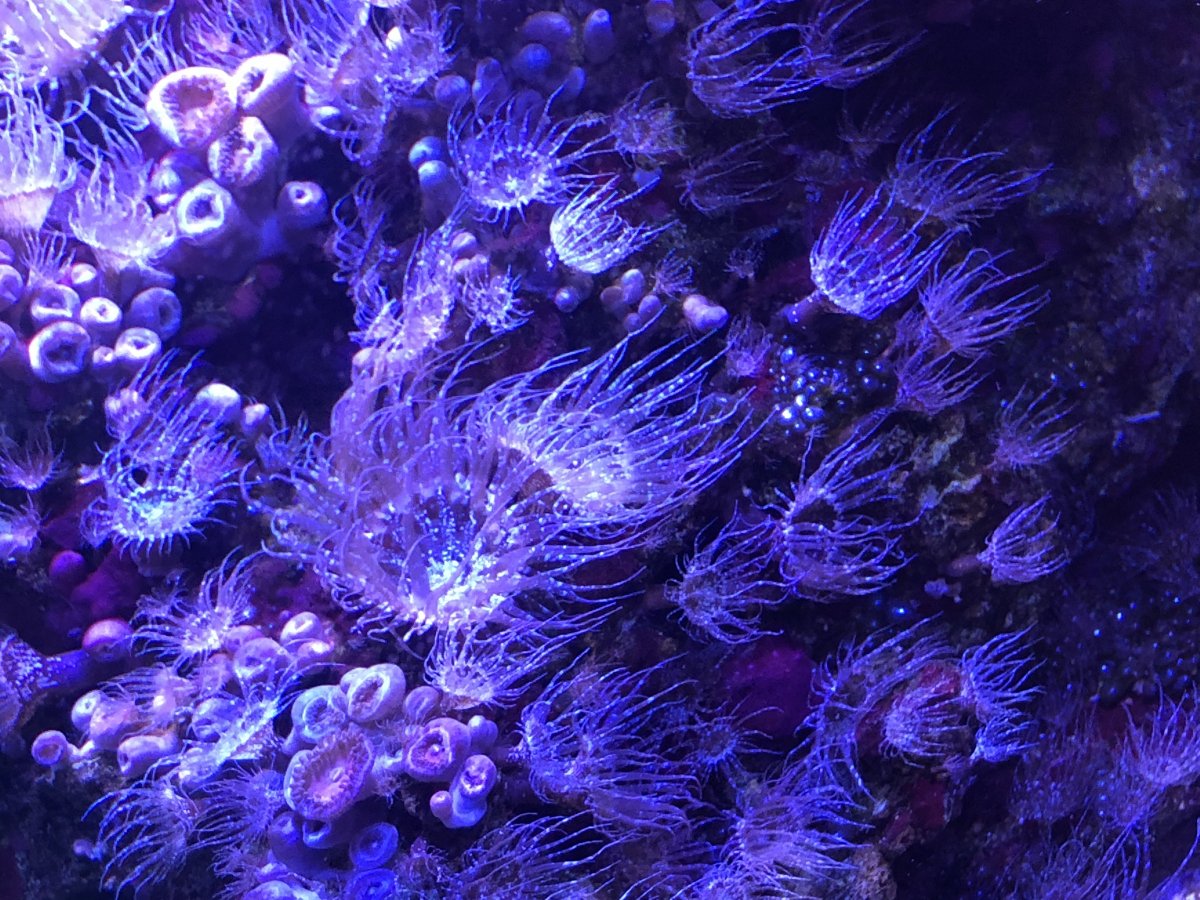 I've had a few in my refugiums and one in a cannister filter a year or two ago. I've always scraped them out when I see them but they've never spread in my tank.

On the flip side of that is the fact that no nems seem to survive in my tank. I've tried 3 BTAs and a Condi and none of them have made it more than 3-4 months. Nothing is eating them, they just shrink and disappear.

I'm that 1 "Other" this poll. I have never had aiptasia, been in the hobby off and on for over 15 years.

I know typing this message that a colony is blooming in my tank in the other room.

For some reason I've had majano and aiptasia come in on some colonys, the have not moved or multipled in many months.

I've been lucky that Aiptasia is the one common pest I've never really had. I've only ever had 2 on frag plugs and as soon as I saw them I got rid of them.

I had a massive aiptasia issues a couple of years ago in both of my tanks. It came in on frags from an online retailer (nameless) and they survived coral dip. I tried aipX, kalk, even a laser and that made the issue worse. Added a pair of aiptasia eating filefish in both tanks and it took about 2 weeks but my displays are aiptasia free. And to this day they are model citizens and don't nip at any corals.

I have this ONE aptasia that hangs out in the back of my tank. I have gotten it with Kalk Paste like three times and it wont die. *shrug*

Last time I got hit with it from a vendor I tossed 6 pretty nice acan frags in all. That was crushing but I'd rather just eat the cost. I'd gladly pay any price to not have them in my tank
L

I left them alone and they took over my tank and sump. luckily took some measures to get them under control and now they are 100% gone.

10 years in the hobby, never had the shadow of an aptaisia in my tank! I love touching wood
C

I am interested in experience of those that left or alone vs wiped it out. I am very new to saltwater and aiptasia was the first thing I dealt with. I ordered Joe's Juice and treated and 2 weeks later found another on the glass. I had read treatment can cause the spread. 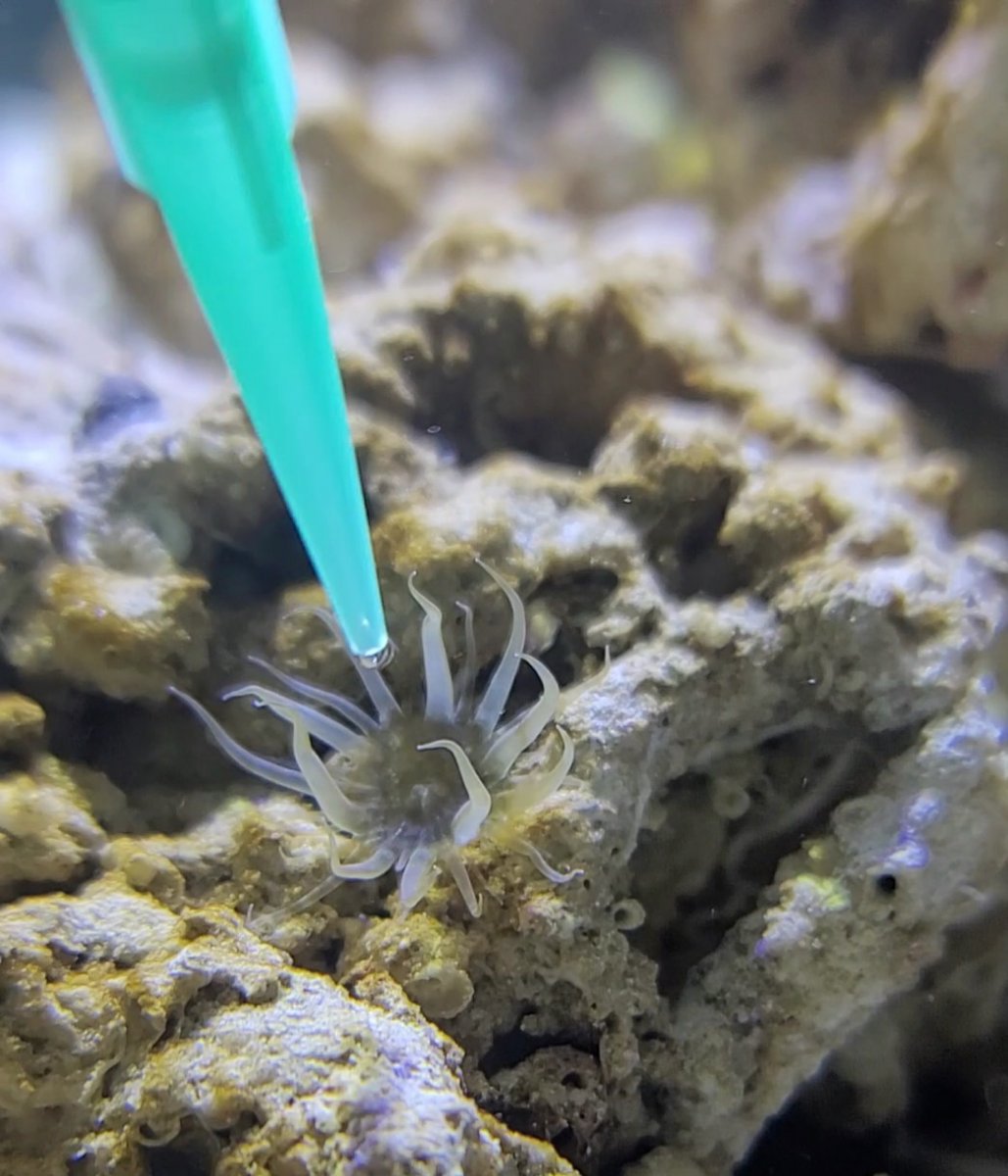 I’ve had them get out of control in the past, but I’ve also had one come in on a frag or colony several times that never multiplied or even got much bigger. I think as durable as they are, conditions have to be right for them to explode in population.

I’ve had two or three pop up on frags in the past year, but over time they just disappeared never to be seen again…
I would always suggest to kill them, but I never had to.

I’ve had them stay the same and never really multiply in some tanks and multiply in others. Never a really gotten to a point of being a problem.
I have tried peppermint shrimp a few times and they have always ignored them.
H

Had a few little ones show up on a zoa rock I bought. I immediately kalk pasted them and covered them in coral gum. Been fine since, but am always weary of them... Hopefully my copperband will take them out if they show their ugly heads again.

Grower of the Small Polyps

I had a plague of massive proportions a couple years ago. Tried everything in the book with no luck. Only thing that keeps them at bay are natural predators. CBB in display tank eliminated 100's of them in 3 days and haven't had any for 2 years. I keep an Aiptasia eating filefish in my frag tank and haven't seen any in a year.

I still have them in my overflow and sump but they are good filter feeders so I leave them alone.
L

I've never had it and never seen it.

Do we even have aptasia in Canada?
M

I used Aiptasia X from red sea at the time I had a lot of aiptasia popping everywhere. Once they died, I got some peppermint shrimp to maintain the situation since then I havent seen any aiptasia. I did however, find a huge one 3 months ago that I guess they missed.

JCOLE said:
I had a plague of massive proportions a couple years ago. Tried everything in the book with no luck. Only thing that keeps them at bay are natural predators. CBB in display tank eliminated 100's of them in 3 days and haven't had any for 2 years. I keep an Aiptasia eating filefish in my frag tank and haven't seen any in a year.

I still have them in my overflow and sump but they are good filter feeders so I leave them alone.
Click to expand...