Information on the beginner's Coral : Candy Cane - Caulastrea furcata - an easy coral to keep even with 6500K type CFT Lighting

@ Atoll -- What's Happening on your side of the Ocean ? have not heard from you here for a while .. 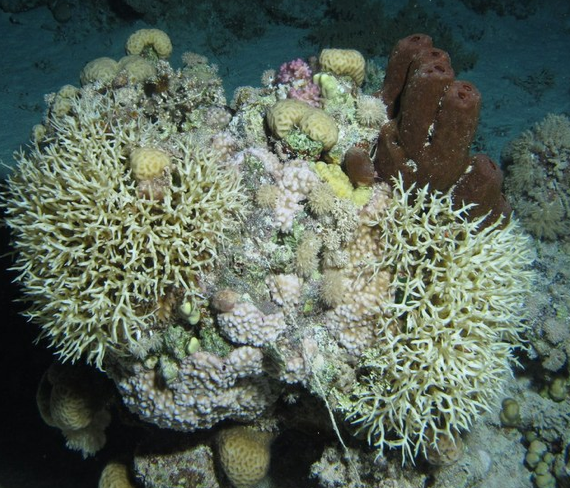 What is allellopathy (in our Hobby)

The release of toxins or compounds by one life form to inhibit the growth of another one, e.g. Leather corals, or Soft corals, or any organism that does so ..

Need to locate a local fish store in your area or nearby : you can now use the Fishlocator Website:

AND:
• Get expert advice
• Free Product Raffles
• Equipment and Livestock at Great Prices
• And Support your Local Fish Store

Provided for information only. I am not associated with them

Another Article on Light in the Reef Aquarium :

Light is one of the main life-supporting resources on our planet. Being photosynthetic, many marine invertebrates require light to live; Their symbiotic zooxanthellae need light for photosynthesis to produce sufficient nourishment both for their own use and for the host coral. 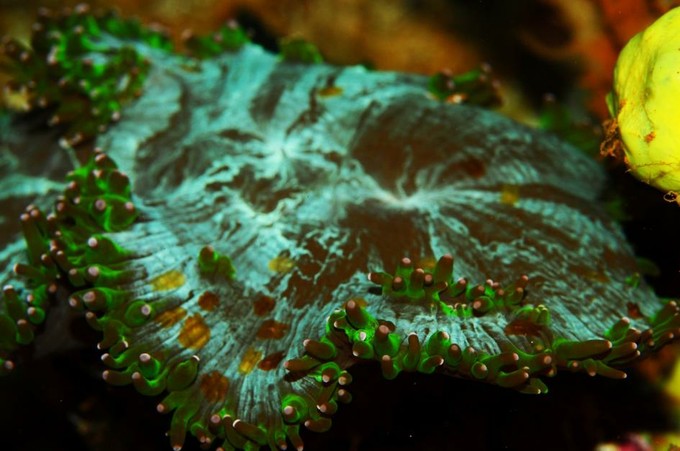 A view of Waminoa Flatworms on a Bubble Coral

This prolly has been asked before and answered before at some point but what i want to know is can i setup a 10-40gal tank with coral only and everything do well. I dont want to add any fish to it. If i was to add a fish it would be a goby of some sort but highly unlikely. I wanna mainly go the sps dominate style tank with 0 fish for low nutrient. Would this be possible or would i have to add nutrients anyway for the sps and the mushrooms ricordea variety 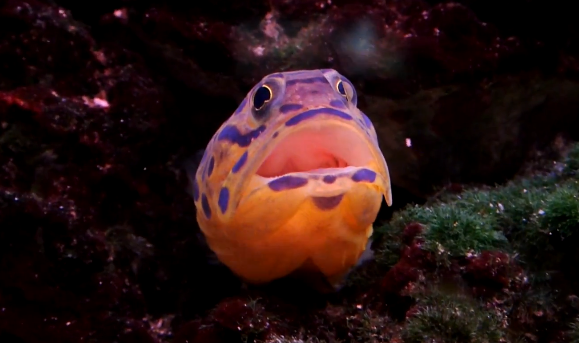 coldhybrid said:
This prolly has been asked before and answered before at some point but what i want to know is can i setup a 10-40gal tank with coral only and everything do well. I dont want to add any fish to it. If i was to add a fish it would be a goby of some sort but highly unlikely. I wanna mainly go the sps dominate style tank with 0 fish for low nutrient. Would this be possible or would i have to add nutrients anyway for the sps and the mushrooms ricordea variety
Click to expand...

You can certainly do so but I would go for a larger size than 10 gallons, say a 20 minimum. You can use a 20 Long and scape it nicely with Live Rock and a sand bottom if you are going to keep a Goby. You can use a HOB filter that is rated for a somewhat larger tank so you have more space for mechanical and chemical filtration and use a HOB skimmer of which there are now several good models around with venturi intake and a more efficient propeller so you get more and finer bubbles.

If you plan on keeping SPS corals you will need strong lighting and LED would be best but you could use T5HO's supplemented by an actinic light, or a 150 Watt metal halide but to save on energy consumption and avoid the heat from a MH or the combination of T5HO's and actinic, LED's would be better. Look for a fixture that has a mix of 50% white and 50% blue and has dimmable LED's so you can adjust the strength to give the right kind of intensity and vary the mix of white and blue to get your corals to show their true colors. There are plenty such on the market right now.

Start slow unless you put in a number of real small frags, in which case you can put in quite a few since they will not add a lot of bioload. The water quality needs to be high with very low nitrates and phosphates (they should not be detectable using low range tests for them such as what I use Salifert ones but there are others). You should use GAC and a phosphate removing compound such as GFO or Aluminum oxide and I would add a Poly-Filter from Poly-Bio marine as well but you do not need to use the entire pad at once. Cut off a 4" piece and put that in the HOB (rinse it well before adding it so it does not make your skimmer foam wildly - rinsing it well will prevent that). As the small pad removes nutrients and organics it will change color and start to turn darker (brown) and when it gets real brown it is time to replace it.

Of course you need a mechanical filter medium as well but not too fine so it doe not remove what the SPS can feed on. I use filter floss and clean it at least 2 times a week to prevent whatever it traps to decompose.

Blow off your live rock once a week to remove whatever has accumulated on it and let the skimmer and mech filter remove it.

As foods I use Marine Snow, Cyclop-eeze, and other foods for corals that can only trap real small particles.

Depending on which SPS's you add make sure you know the kind of foods they require and vary the foods.

Once you decide on which ones you can always post another message with more details and I will be more than happy to give more advice.

A good coral for beginners and not difficult to care for. low to a little higher water flow, but indirect and changing in where it comes from is best. This can be achieved with power heads that have a built in rotating device that changes the water direction continuously, or 2 power heads that create a more turbulent type of current in the tank.

Lighting should be bright but not necessarily intense, regarding of what type of lighting you use (T5HO + actinic, or LED)

Although photosynthetic additional feeding will help keep it looking nice and colored and it can be kept in mixed tanks but be aware that it should be far enough from other corals as it can expand quite a bit and sting, or be stung if other corals are too close (other Euphyllia corals however can be close by).

Water quality needs to be excellent although it can do well in water that is a little higher in nutrient levels than what SPS corals do best in. It is not as touchy to a little higher level of nutrients as SPS are.

E. paradivisa can be propagated fairly easily but cutting off branches if a bit of a tricky procedure and is IMO not recommended for the beginner.

More info can be found in my new book of course.

If you want to see an excerpt of a description of two corals in the new book go to : http://www.athiel.net/nano_reef_excerpt.pdf

A biotope aquarium is one where the only life forms kept in that tank are the ones that all come from the same area, and are found living together in that area : e.g. a Florida biotope, or an Atlantic biotope, or a Gulf of Mexico Biotope.

Of course the possibilities, although not endless, are very large .. A friend of mine keeps one that is a Sulawesi one where everything comes from that area (one of the Sunda islands of Indonesia).

I noticed a few ads about a newer Salt H2Ocean the latest one in CORAL Magazine Jan/Dec Issue which came in a few days ago, but I have seen it before.

Has anyone reading this used that salt ? Just wondering and if you have what your impression of it is. I looked for it at my LFS but he does not carry it (yet he says) 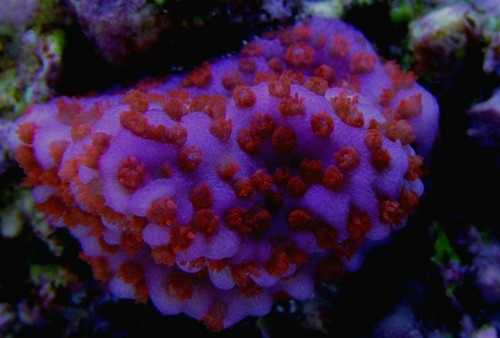 Coral Magazine : How to get in touch with them

(as per a request received)

There are several types of Magic Sponges for sale by Mr. Clean and the only ones that are reef-safe are the "Original" and the "Extra Power" ones.

ALSO ... you need to rinse them well under HOT water so you get the binders out of it or if you do not, your skimmer will start foaming excessively. Once you rinse them that will not happen. The Magic Eraser can be used on glass and on acrylic.

I will clean up your glass very nicely but if you have coralline algae growing on your glass you will still need a razor blade to get those off.

For information only .. I am not associated it with them. I do use the Magic Eraser myself and have done do for a while and have never had any issues with them. No negative effects on anything in my Tank. None what so ever, and very clean glass afterwards. You can use it on the inside but also on the outside.

I guess my Yumas are doing fine .. use the Fire and Ice as a size reference .. look at the size ! 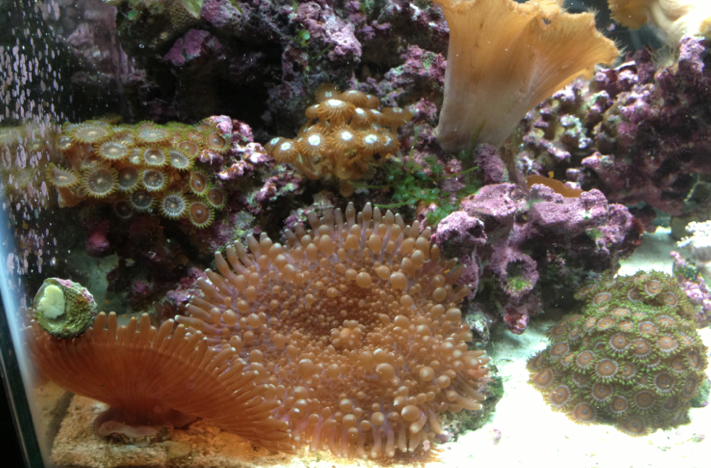 HIGH A quick reminder about our selling forum rules (especially that you MUST include a firm asking price).

What have been your experiences with pairing and breeding clownfish?