I have a dozen or so Astraea? snails (the ones that cannot flip over and die). I saw one flipped over tonight and my 6 line picking at it. I thought the fish was having a nice meal but then noticed that the fish was actually "stuck". Turns out the fish tried to pick at the snail but the snail latched onto the fish's mouth and the fish got stuck and was being eaten. I tried blasting the snail with a pipette so the fish would be let go but the snail wouldn't give. I eventually had to use a bone cutter to chip the snail away until the mouth of the fish got released. I initially thought about just pulling the fish from the snail but luckily I didn't because the entire mouth was in deep and I probably would've killed the fish. The fish is struggling right now and I hope it makes it.

Edit: Just thought I'd share because I never saw this before and was shocked when I realized that the fish was actually the one being eaten. 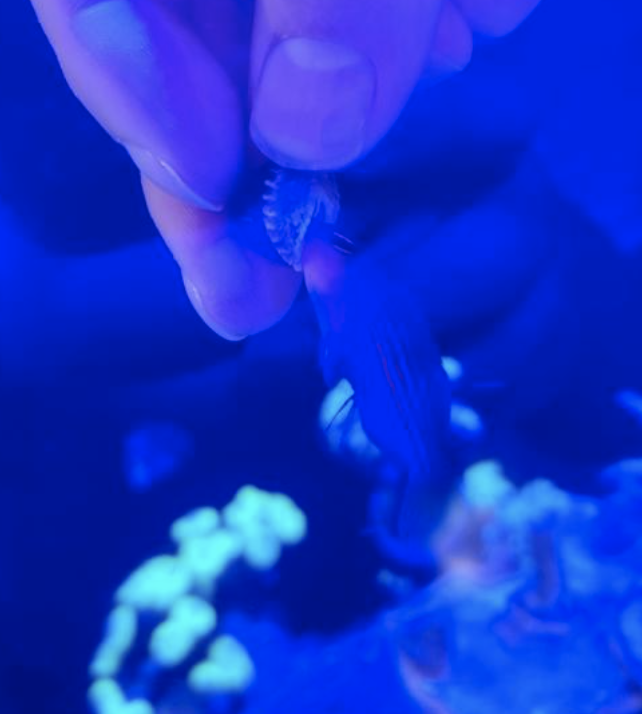 Location
in front of my computer

Dang, I would expect this from a crab...

Gently pull? I dunno what to do there...

After my sixline experiences, I'm going with a let God sortem' out attitude.

When snails strike back!

B
How do I feed my snails?