I've been out of the hobby for about 9 years. I know, I know...how did I go that long?! Well my last tank, a 20g high nano reef (also my first reef and saltwater tank) crashed. I was at the time chasing numbers and chasing pristine water conditions, through concentrating on that I now know that I was essentially starving out my tank. Everything was dying or just not really taking off and growing. I got disenfranchised and thought that it wasn't for me.

I've been doing research for a few months, lurking these forums, and trying to absorb as much information as I possibly can. And now I'm ready to start building this thing. I picked up a used tank off of Facebook marketplace. I was looking for a 40g breeder but what I was actually looking for was some type of stand. I could have built a stand, but right now my family livTes in a smaller apartment and I just dont have the space for all the tools I need to build a solid stand for my tank. However, I found the tank and stand together on marketplace for a pretty good price. The price was worth it for the stand alone for me.

My plan is a negative space aquascape with a shallow sand bed, SPS dominant. I'll plan to have a custom 20g long sump for my equipment, maybe sometime I will expand it to include a refugium as well, but I'll probably wait until I need that.

I'm trying to keep in mind upgrades in size for the future, my family will not always live in this apartment, so I'm trying to build this with things that could easily be transferred to a larger size tank if needed.

So, I bought an overflow from BRS. Its a Figi Cube 1600, which is probably overkill for sure, but its the only one I found which will accommodate a Bean Animal style overflow.

Today, I drilled my first tank. My anxiety was through the roof on this. But, it really wasn't too bad, and actually i fell confident if I ever needed to do this again. Any ideas on how many times those diamond drill bits can be used until you don't want to use them anymore?

But here's some photos of where I'm at so far, I'll keep updating as I go, but build-wise I'll be taking my time. I want to set this thing up right from the start instead of going cheap Iike i tried doing on the previous tank, only to end up buying the right thing after my cheap stuff broke on me. 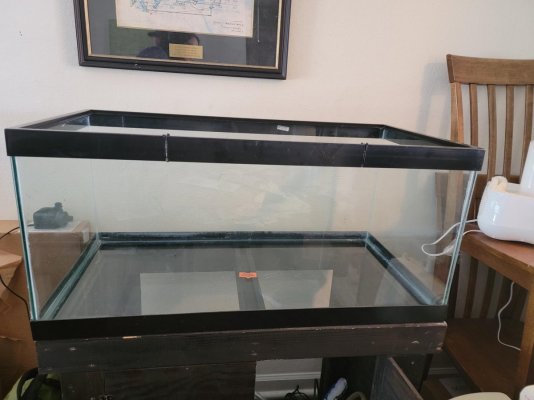 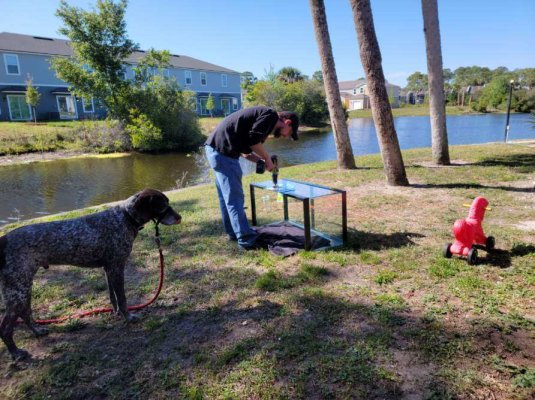 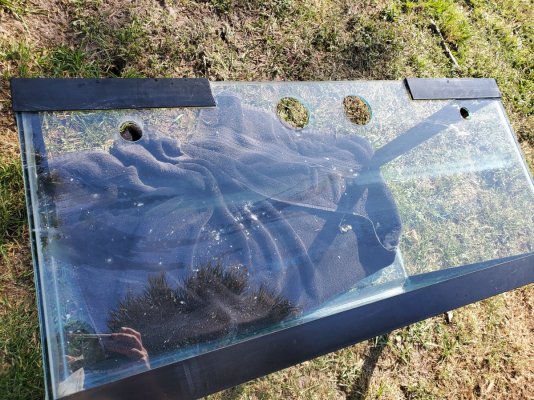 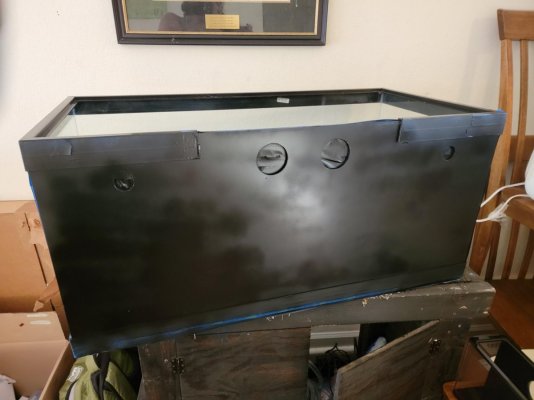 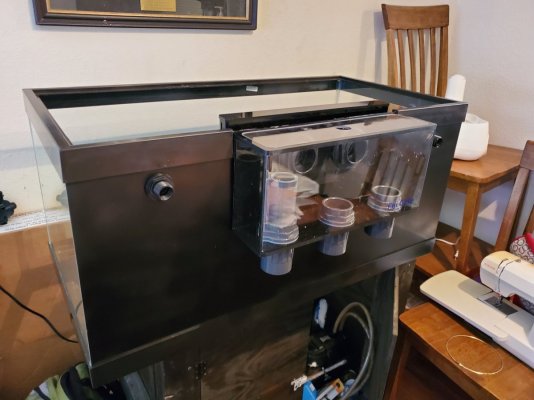 nice! I love me a 40br build. something about these tanks are just pleasing.

I have a BRS 5 stage RO/DI unit i bought back in the day. Have the filters in and ready to go there. But saving money struck me again, I had a gift card for Amazon and bought a 75gpd ro membrane that looked to have decent reviews. Claims 99% rejection, however, it's barely hitting 58%. Source water is near 480ppm, pre-DI 120-150ppm. Anyone have similar issues before?

At a standstill for the moment on the build, my wife and I are buying a car. I'll be following up this weekend with a laid out plan for my build, mostly so I know where I'm going next.

My daughter (2 years old) got some sidewalk chalk from the Easter bunny, she pulled me outside last night to do some drawing, I wasn't able to help myself 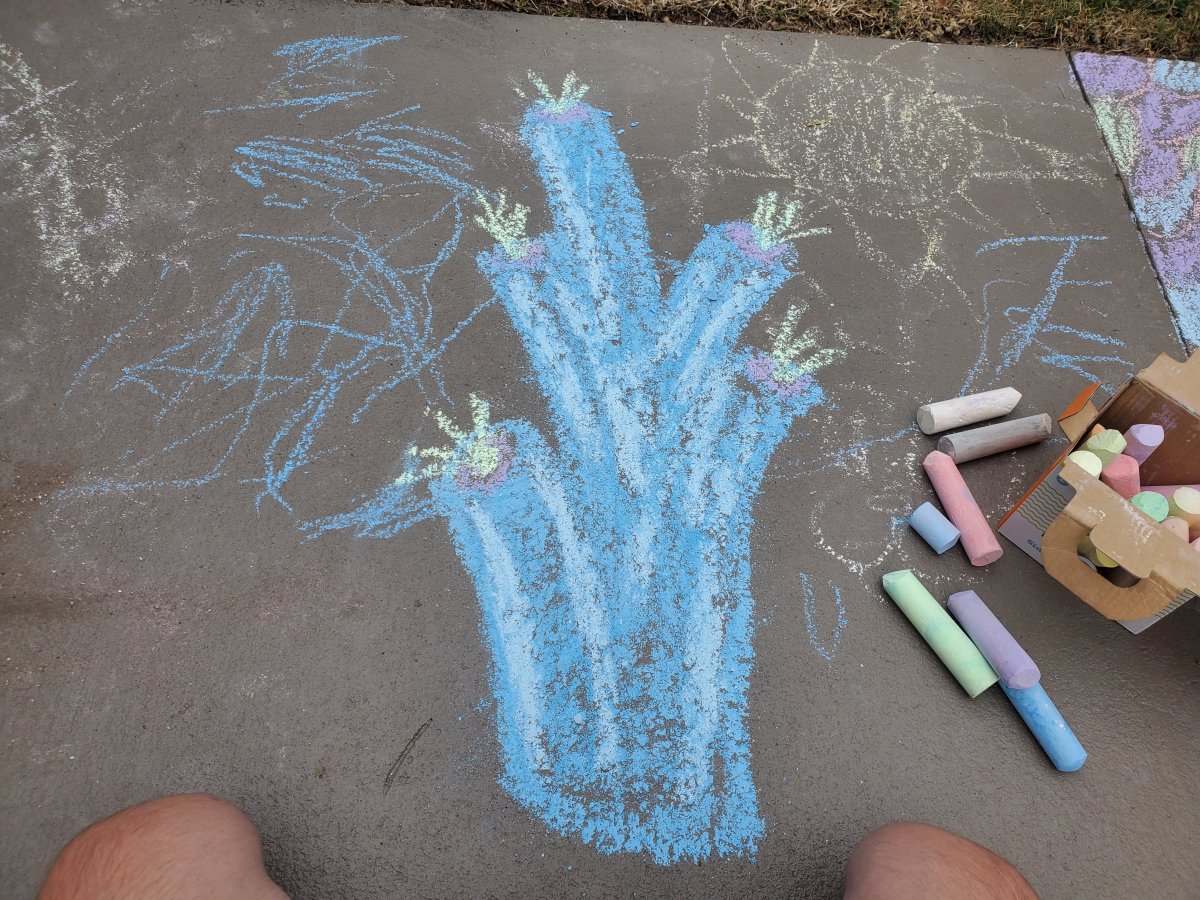 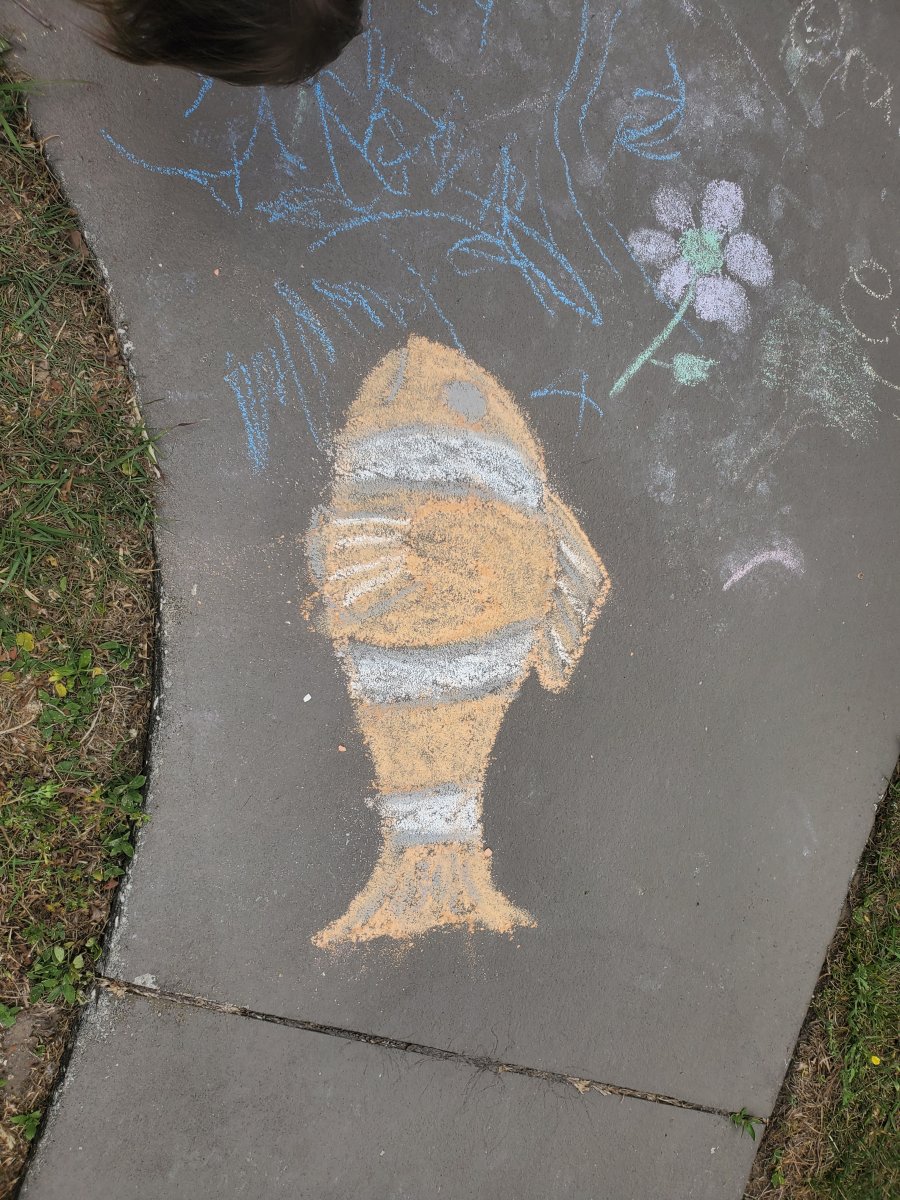 What car are you guys getting? We bought a Mazda cx-5 2020 about 7 months ago and we love it

BeTreyed said:
At a standstill for the moment on the build, my wife and I are buying a car. I'll be following up this weekend with a laid out plan for my build, mostly so I know where I'm going next.

My daughter (2 years old) got some sidewalk chalk from the Easter bunny, she pulled me outside last night to do some drawing, I wasn't able to help myself

Love the art work!
Don't forget about us while the tank is on hold. Looking forward to the finished product. Family comes first though!
OP

Well its been too long since I've last posted, I apologize for the late update. So I've drawn out my plumbing plan for my tank. Here is my drawing and sorry for the chicken scratch, was planning on making this all nice and cool looking with colored pipe and sch 80 fittings but I'm gonna save some money and just go with white sch 40. 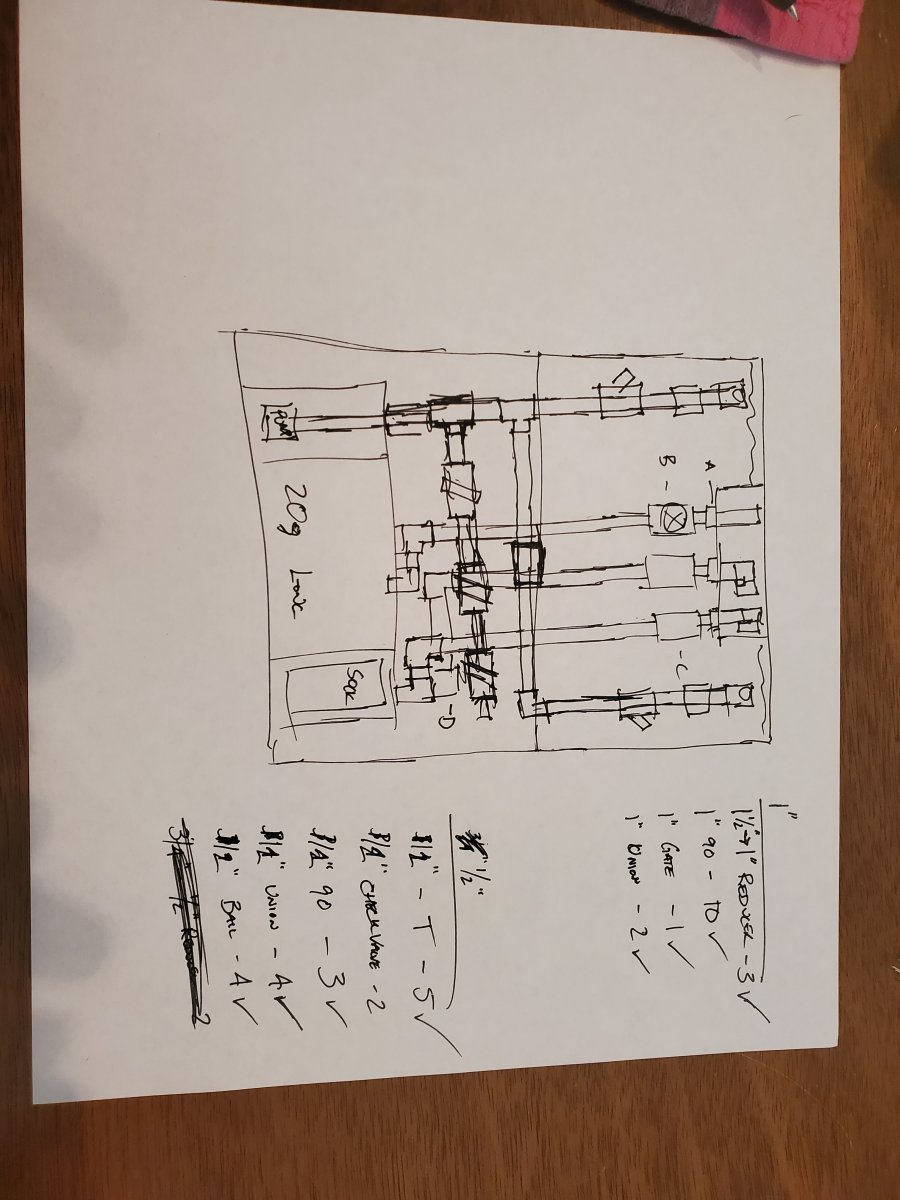 Its been a crazy last few weeks, I was able to work for another branch in the company I work for, that allowed me to go see WWC and Top Shelf Aquatics in Orlando. Both very cool stores.

The current to do list for the tank is:
1. Refinish the stand
2. Get a 20g long (kinda waiting on the next dollar a gallon sale)

I'll update soon when I buy or get something built. Thanks for reading and for your patience.
OP

I have water in an aquarium! I set up a quarantine tank while I'm building my tank. I have a 20H tank, 100w heater, sponge filter and HOB running with ceramics.

Waiting for this thing to cycle, ive added Microbacter7 and ammonium to the tank. Patience is killing me though, it's been 2 weeks and nothing is happening. Ammonia is at 2ppm and no sign of nitrites or nitrates. I know because it's a bare bottom tank, this will take much longer to cycle, but does anyone have experience with this in particular. In the past I've never run a quarantine tank, and I don't have a DT up and running yet, so I don't have a seeded sponge or ceramics/bio balls to add. I need to stop looking at it.

In the meantime, I've ordered a baffle kit for a 20L and am working on getting the pipe fittings to plumb my overflow for the DT. 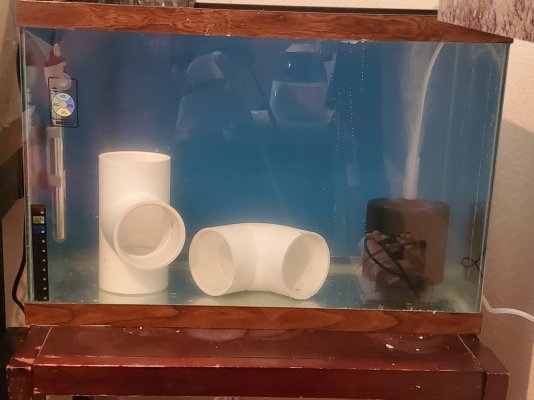 I've run this tank for 30 days and had some issues with testing. It was appearing like nothing was going on in my tank, after switching from API to Red Sea test kits, I finally saw that things were actually happening.

Asked for help because it appeared my tank had stalled, got some great help, performed a 95% water change and added my first fish.

I bought a pair of Black Ice Clownfish and they are doing great! We'll see over the next few days if my biofilter is indeed functional, I have no doubt it is.
The males pattern is definitely more interesting than the females, but my family loves them.

A moment ago
New&no clue