I have another crab, I think, as I never saw the whole thing, but it kinda looks like a pom pom crab. All I saw was the claws and what looked like fans at the tips . I will try to take a picture if I can.

I always like to look at my tank in the middle of the night because of the things you see. A while ago I figured all the brittle stars that came with the live rock were dead. Then I saw one at night a figured at least one was still alive. I just checked and actually found 4 alive. I thought i only had 3 at one time. I also got to see my massive Ruby Mithrax crab. Man that crab is getting big, lol!!!

i call that wee hrs "stalking" ,cool thing go bump in the night... 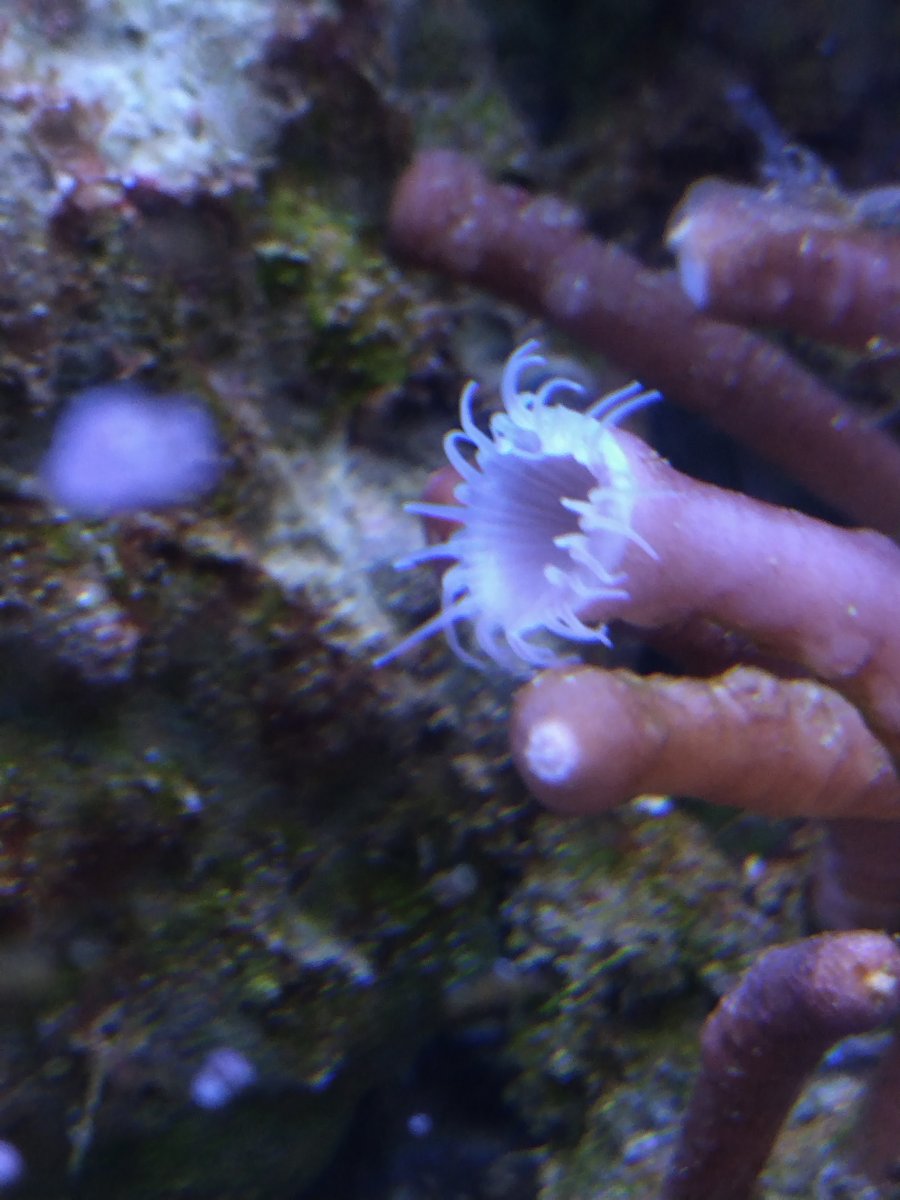 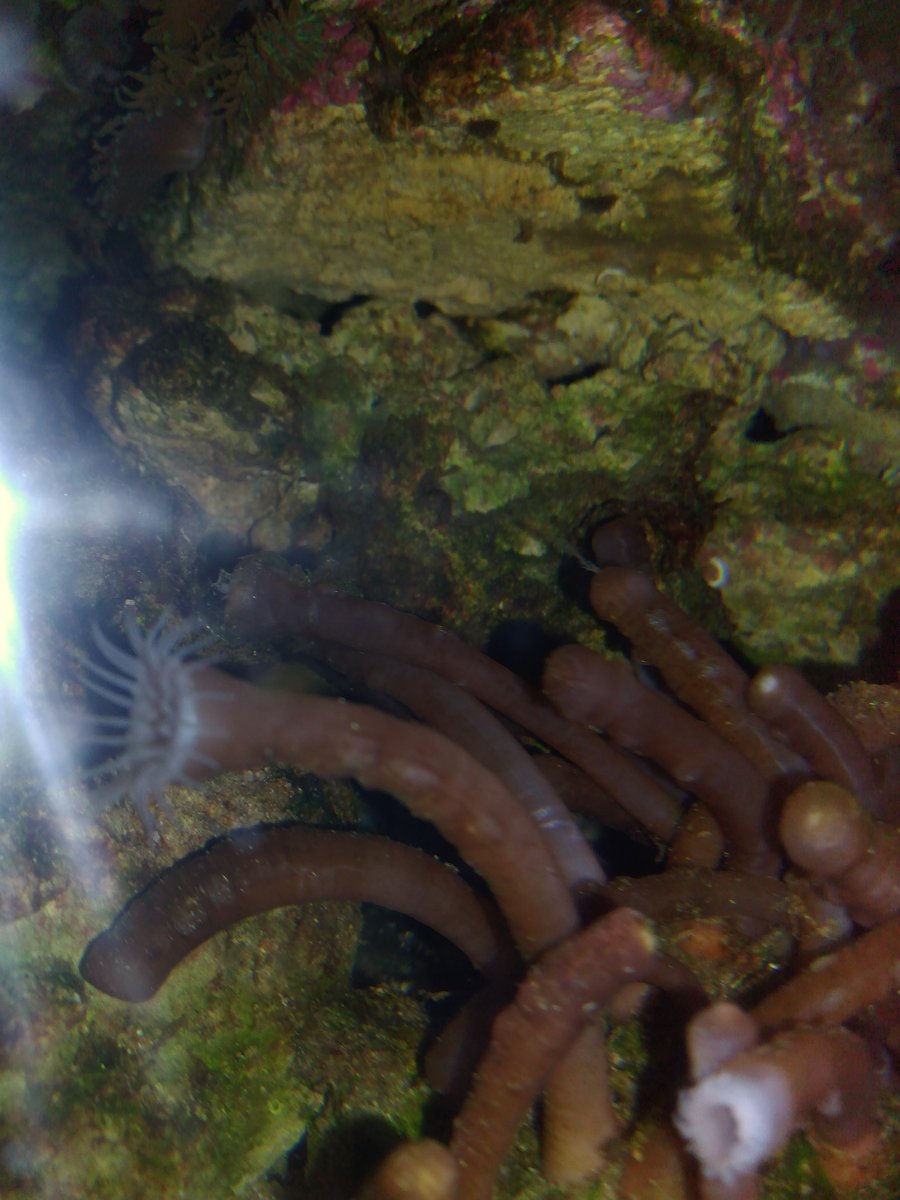 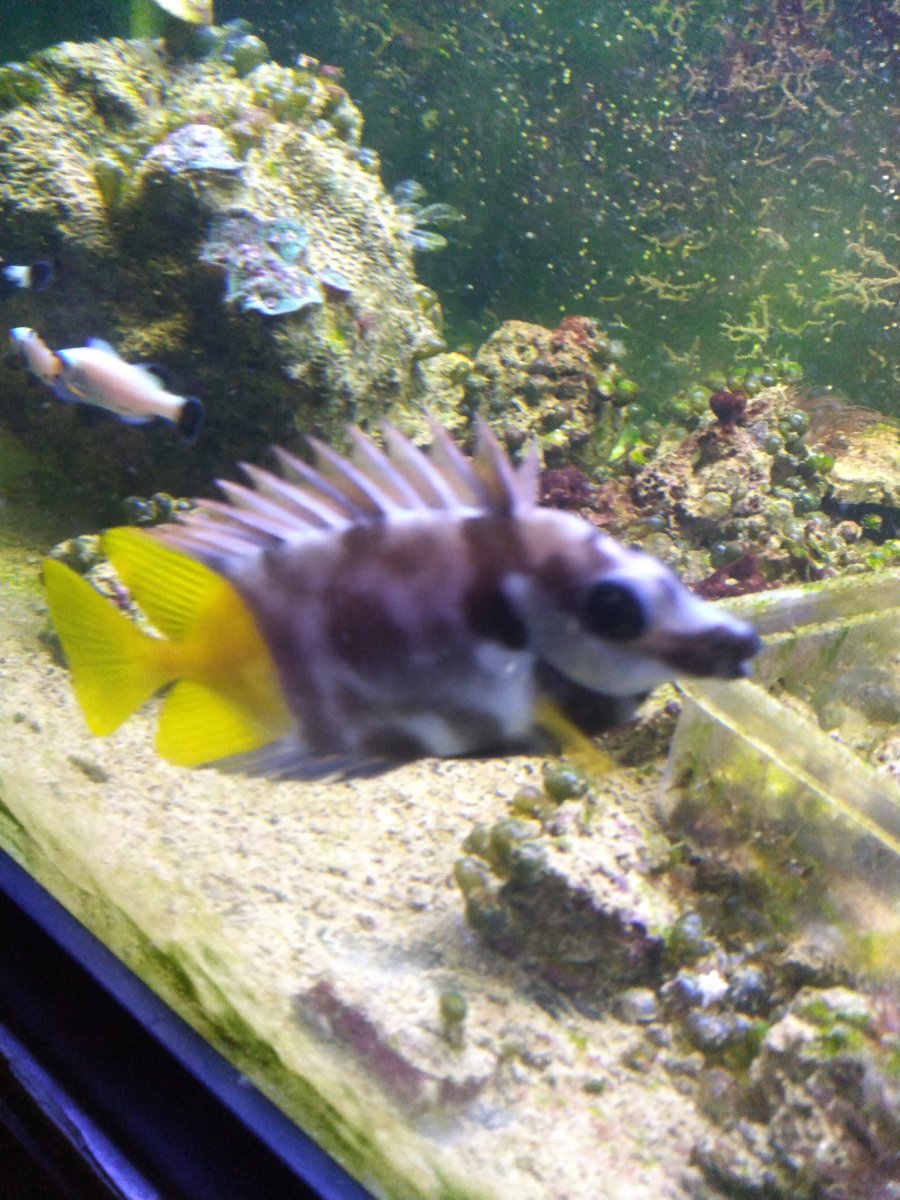 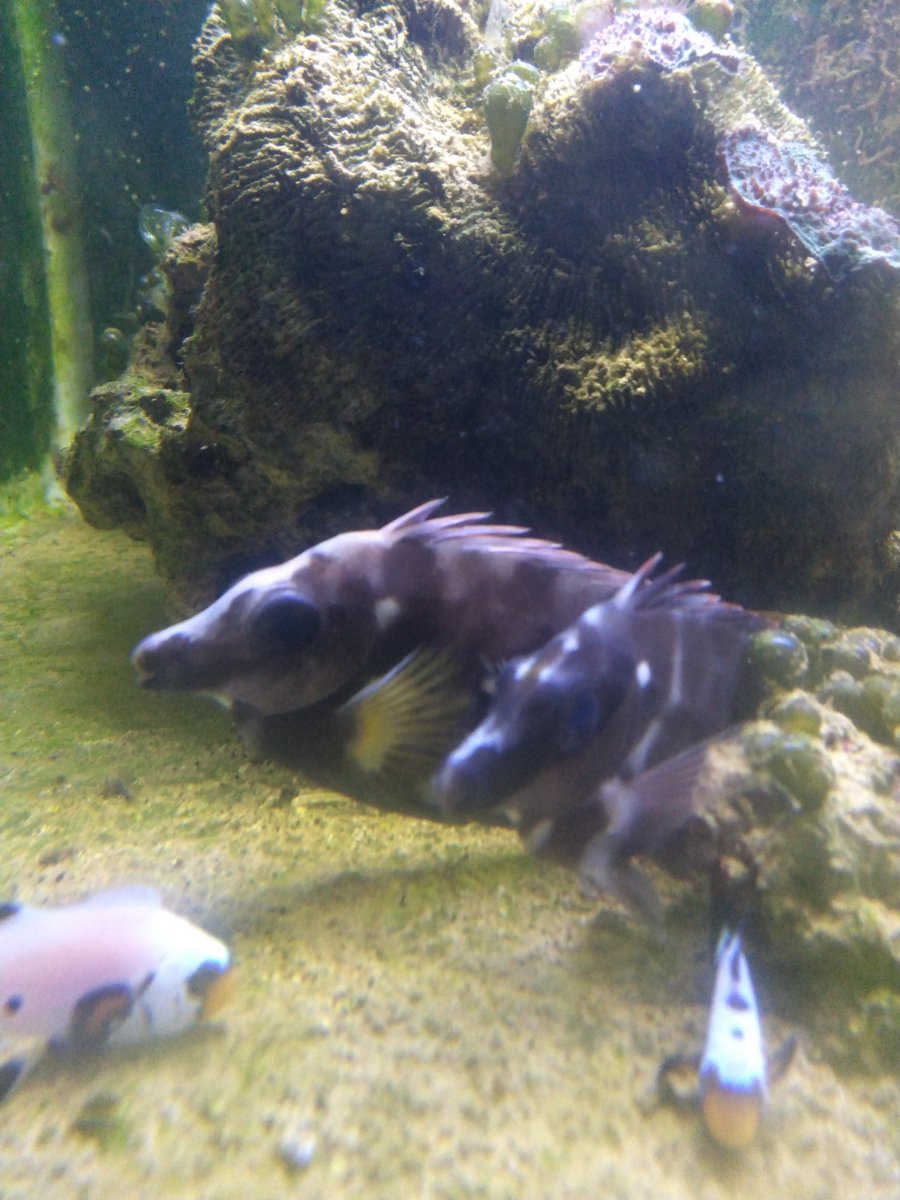 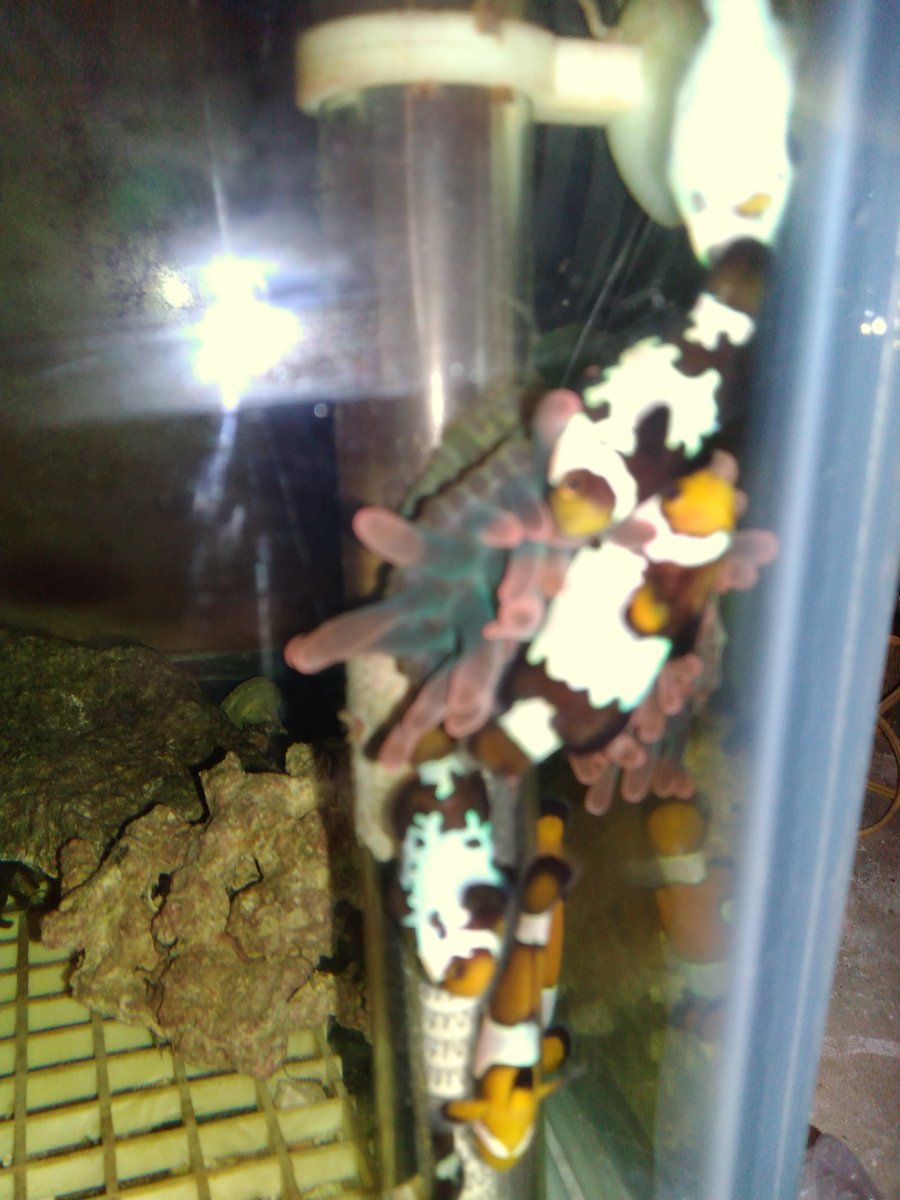 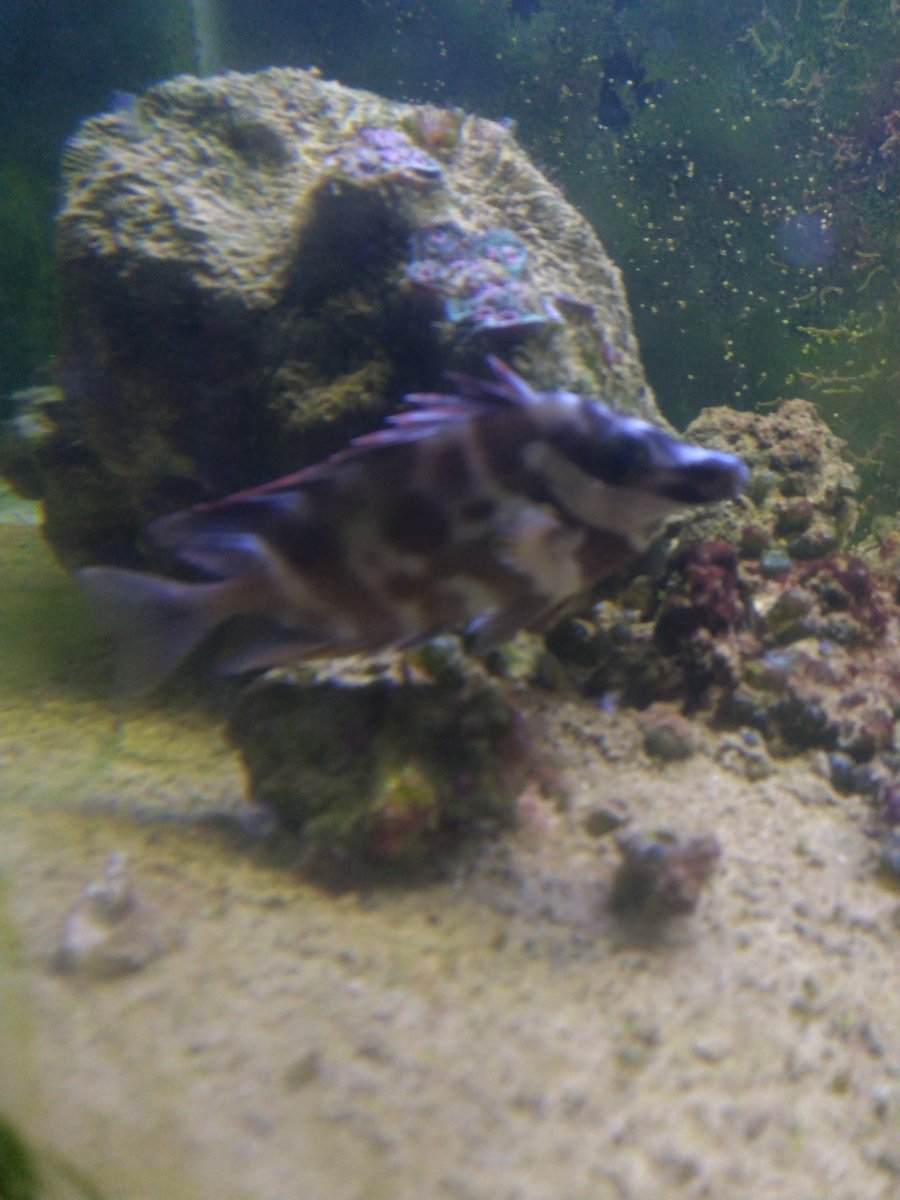 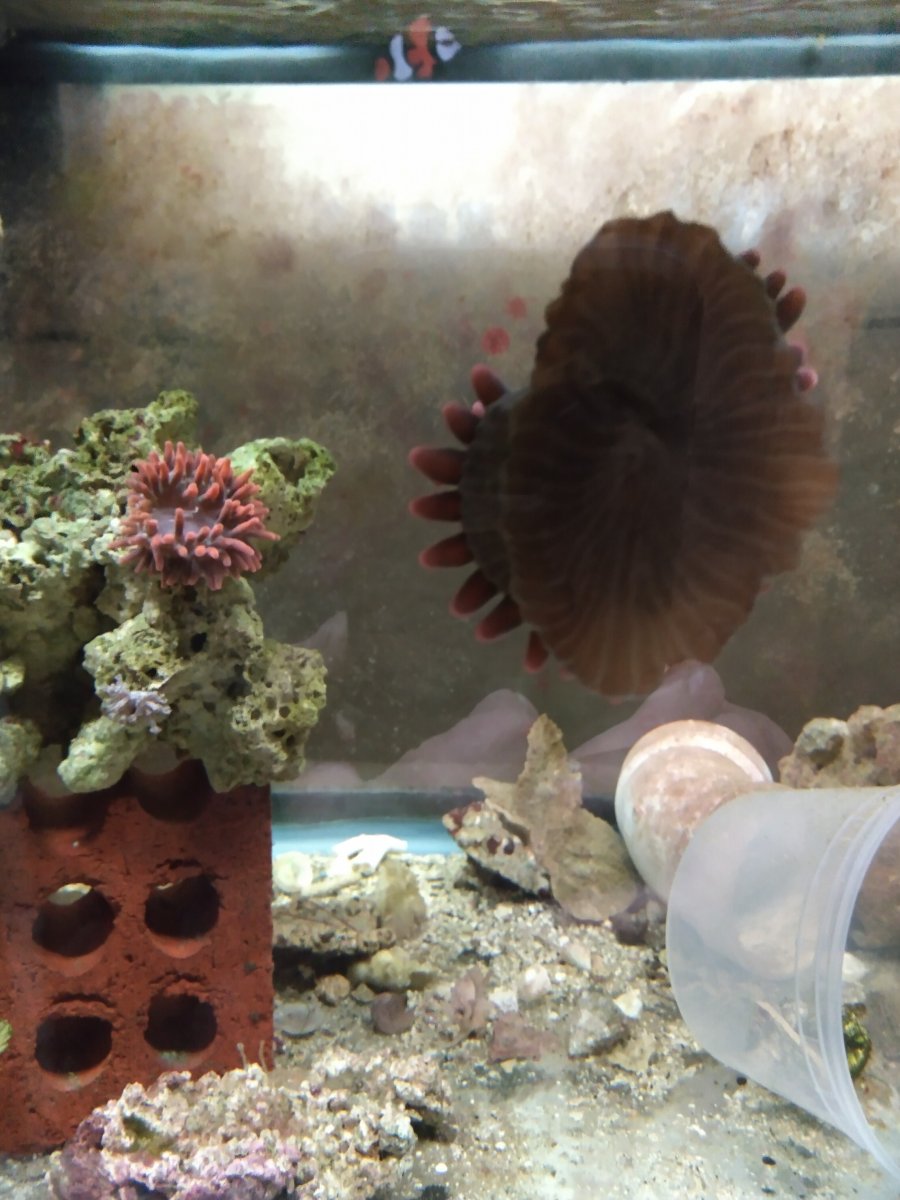 I may or may NOT have gotten carried away this weekend on the @SBB Corals live sale and bought 14 SPS frags and won a 15th. The truth will come out next week. 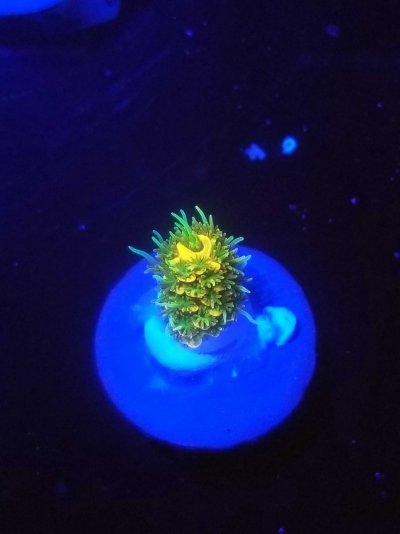 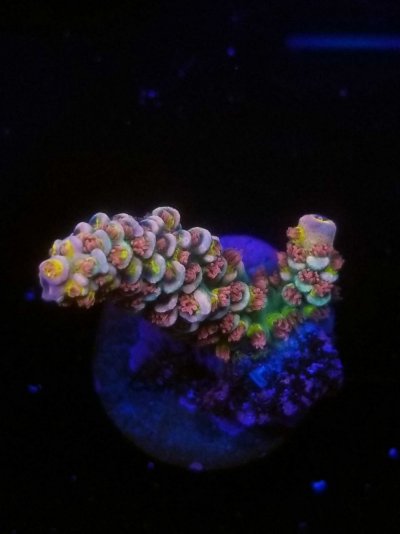 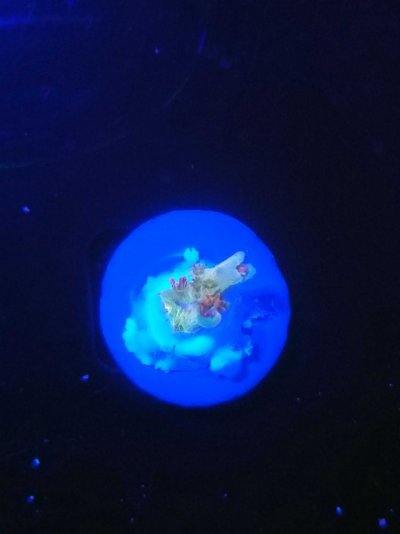 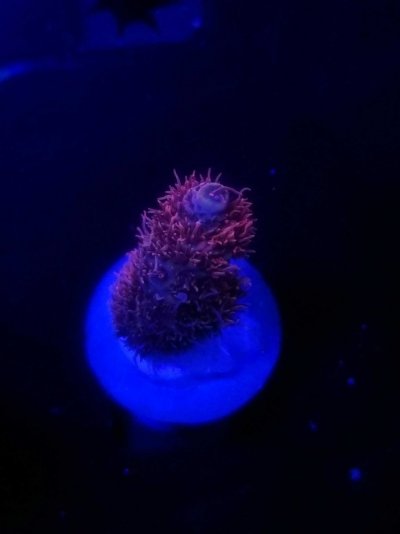 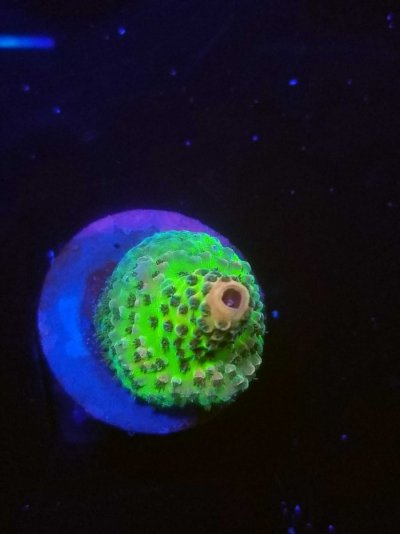 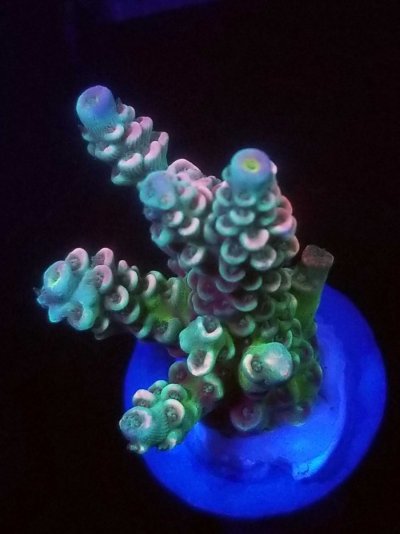 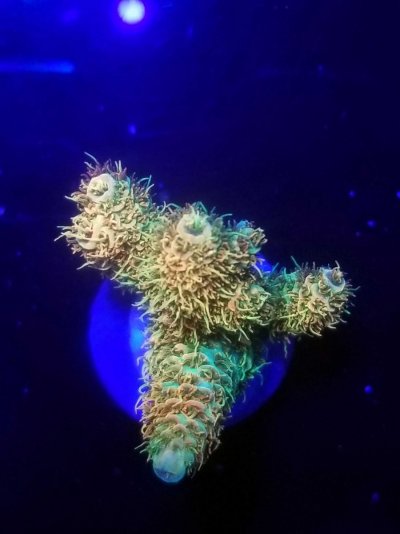 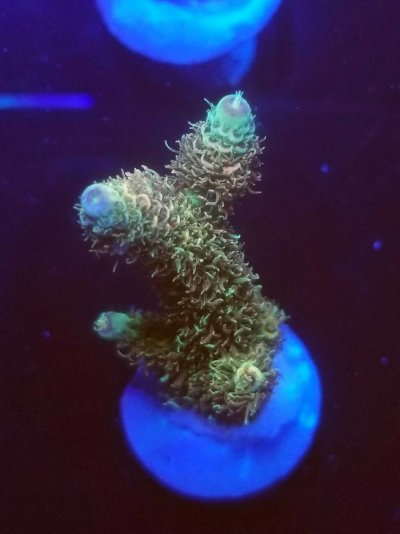 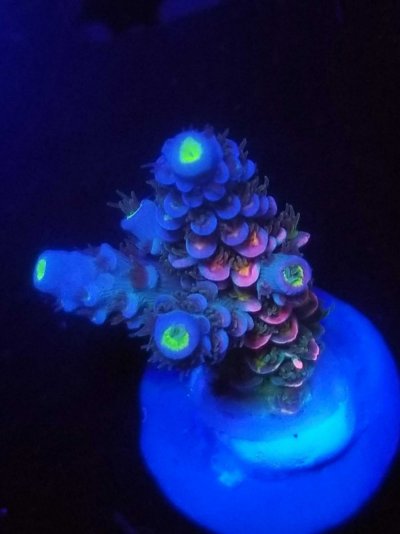 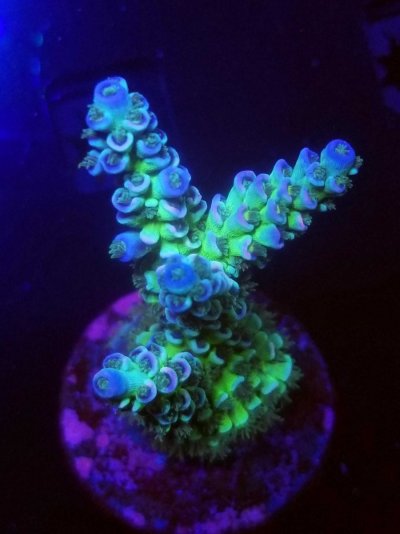 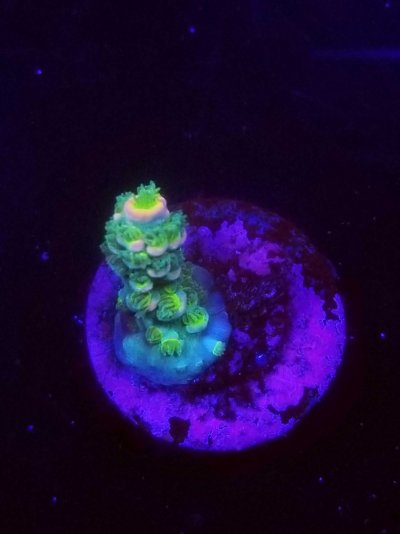 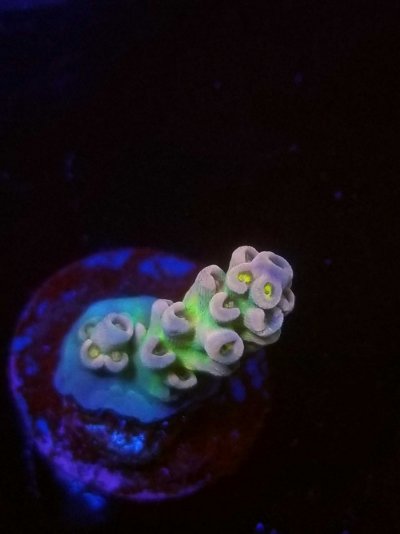 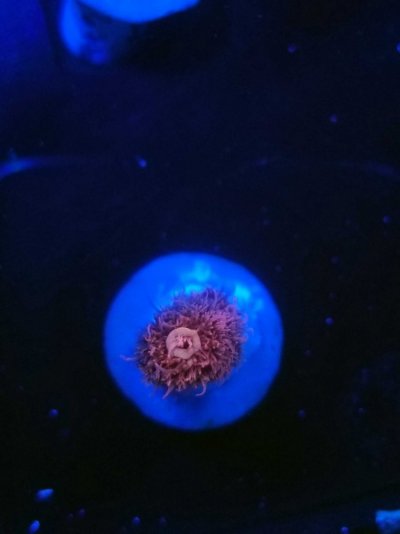 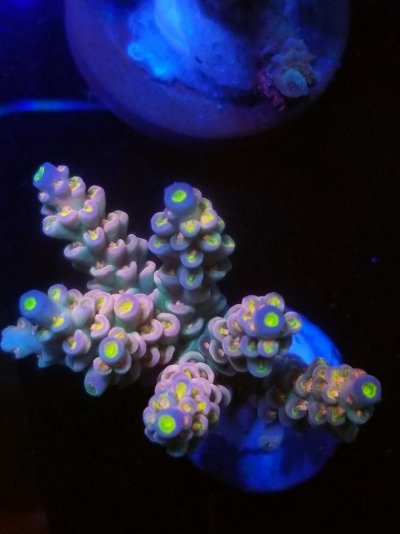 Tomorrow will be a VERY busy dipping day...UGH!!!

I have a package coming from @SBB Corals and @FraghouseCorals tomorrow. It will consist of over 20 SPS frags.
S

Billldg said:
Having to wait on this tank is going to cost me even more. The longer I wait the more things i think of doing, LOL!!! ;Hilarious

Now I am in the process of starting a build on my salt water mixing station.;Jawdrop;Greedy
Click to expand...

This is hilarious because I am in the same boat. Waiting on my tank and adding things to the cart that I know I wont need for 6 months. Then after reading your switch over from Apex to GHL, I am trying to convince myself that all I need right now is a doser not the whole kit and caboodle from GHL.
OP

You will constantly go through this battle with your mind and wallet Bill! Lol

In my large system I’m changing around 4g daily but sometimes cut it to 2-3 just to save a bit of money and effort. I’ve just installed a refugium to hopefully cut it down even more.

SPR1968 said:
You will constantly go through this battle with your mind and wallet Bill! Lol

In my large system I’m changing around 4g daily but sometimes cut it to 2-3 just to save a bit of money and effort. I’ve just installed a refugium to hopefully cut it down even more.
Click to expand...

This is my plan. Ween the system off heavy water changes and allow for full filtration; filter roller, skimmer, and refugium. However, my wife and I think we're going to to a 375G FOWLR instead of a 225G reef. Our twins take up a huge amount of time, so I won't have time to tend to a reef. Predator FOWLR with some easy softies, gorgonians, and maybe a few high end mushrooms? Yeah, that sounds good for now.
OP

I took Par readings Sunday and was surprised. I would get 300+ under the 3 center Radions, but, I would get 230-240 on the outside 2. I understand why, it was just surprising. I had to create another scheme in Mobius and then start o raise the outside 2 Radion XR15 Blues intensity.

For anyone that has multiple LED's, if you take Par readings, you will understand. The photons react against each other and thus, elevate the Par. They don't actually raise it, they just keep it from dropping off as quickly. My outside Radions don't have that ability on the sides of my tank, thus me having to raise the intensity to maintain 300+ Par. I know it sounds complicated, but, its really not. I will end up having to raise my intensity to 90-100 percent to get 300+ Par on the edges. I currently run my center 3 at 65 percent.

I will also need to change out my T5 bulbs, as they are going on a year old. This will raise the Par across the whole tank. I will change out 1 bulb a week to make sure I don't shock the corals, as new bulbs will produce a good bit more Par.
OP

My vacation and plans to go to RAP Orlando may have just been put on hold. I should know more in a little bit. It has to do with my fish tank and steps needed to fix it if so. We will see.
OP

Well, it’s what I thought, my tank now have Ick. I know it didn’t come on the fish, and I have not added anything to the tank livestock wise in the past 8 or 9 months. I have a idea where it came from, just now sure who. My vacation is shot, I will have to set up a QT station tomorrow and then start to try and get all the fish out. Not a happy person right now!!!
Last edited: Apr 14, 2022
OP

Slowly getting my QT station together. I got tired of it destroying my bedroom, SO, I had to purchase a few things to move it to the basement and set it up properly. I am waiting on the 2nd 40b paint to dry, then I will set up the filtration and add water. I will have to make a ton of saltwater today and tomorrow to fill 2 40b's, and, refill what I have to pull out on my 225 gal tank to catch the fish. Even with a 200 gal mixing station, its a pain to fill that much water. Tomorrow I will start to remove the fish. I know I will be using a few choice words in doing so. I will likely have to remove a good bit of my DT scape to catch the fish. I am having a BLAST on my vacation.

I originally had 1 40b, and several 20 gal tanks for QT, BUT, with 6 tangs that are at least 4-5", I needed a bit more space, thus the 2nd 40b. I still may add a 20 gal tank to the mix if I see the wrasses stressing out and darting. They are the fish that truly concern me when QT'ing.

I am ticked in SO MANY WAYS!!! The fact that I did everything right on the fish, AND, it was a coral frag that brought it in, and RUINED my vacation and means to destress...YEA!!!

Just cancelled my reservations for the hotel for RAP Orlando. That was a not so good tasting pill to swallow.
OP

THANKFULLY, though it totally fubared my vacation, I was able to see this before I went on my vacation and came home to a total disaster. The fish are still lively, and energetic. That is always a good sign. I feel good about saving them, though, I always fear QT'ing wrasses. I went to take a bit of water from the tank just a few minutes ago, and, if I didn't know better, I would say they were normal. They all swam up to say FEED ME!!!

I think the one thing that I am a little scared of is that I will need to ACTUALLY QT frags...SERIOUSLY!!!

Which is why I choose a managed approach with my tank. Oversized uv and natural food go a long way towards the enjoyment of my tank.
OP

fishybizzness said:
Which is why I choose a managed approach with my tank. Oversized uv and natural food go a long way towards the enjoyment of my tank.
Click to expand...

I have a UV, I just removed it as I only use it for specific reasons. I was never worried about my fish bringing it in as they are either fully QT'd by myself or I buy from TSM. It came in on a frag, and I shouldn't have to QT frags for Ick reasons. It was my mistake, but, after this I am not sure how I move forward when adding corals. I really don't want to set up a QT tank just for corals. I may have to though to prevent this from happening again. I guess the lesson is, no matter what you do, anything can still happen.
OP

This is the funny thing, BUT, EXTREMLY misleading, my fish look a ton better today in my DT. It is misleading because the Ick parasite goes thru cycles, and now I am just seeing a down cycle. DON'T let this fool you into thinking everything is ok, ITS NOT. It will come back and probably get worse every time. This is why I will still QT the fish and go fallow on the tank. I hate the term Ick management, I don't want to simply manage it, I want it gone. The comfort of knowing your tank was Ick free was a great feeling, I want that same feeling again, thus, me QT'ing the fish and going fallow.

This simply means I am not in crisis mode, and, I have time to do this right and set up my new QT station correctly.