The next major milestone was getting a fish order in from Marine Collectors. We had ordered a collection of tangs and wrasses from the site back in January but the first batch of fish didn't arrive till April. The 2 clowns were doing great and even though the cycle was complete I was still testing nightly for Nitrate which was reading 0. During this time I had been dosing Microbacter 7 and Microbacter Clean every week which was really helping fight any algae outbreak.

The tangs arrived and after acclimation everything seemed to be fine. We added a White Tail Tang, a Blue Tang and a Blonde Naso Tang.

The stress of shipping must have been a high as we lost the Naso Tang that night. The next morning we found her in the rock where she had gone to sleep =( 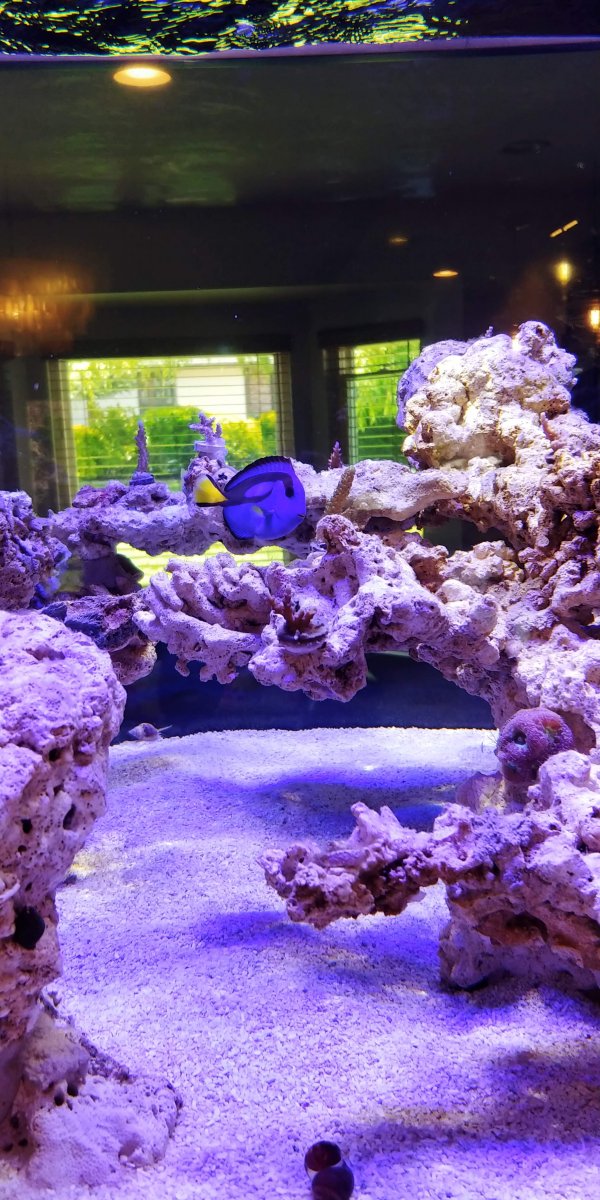 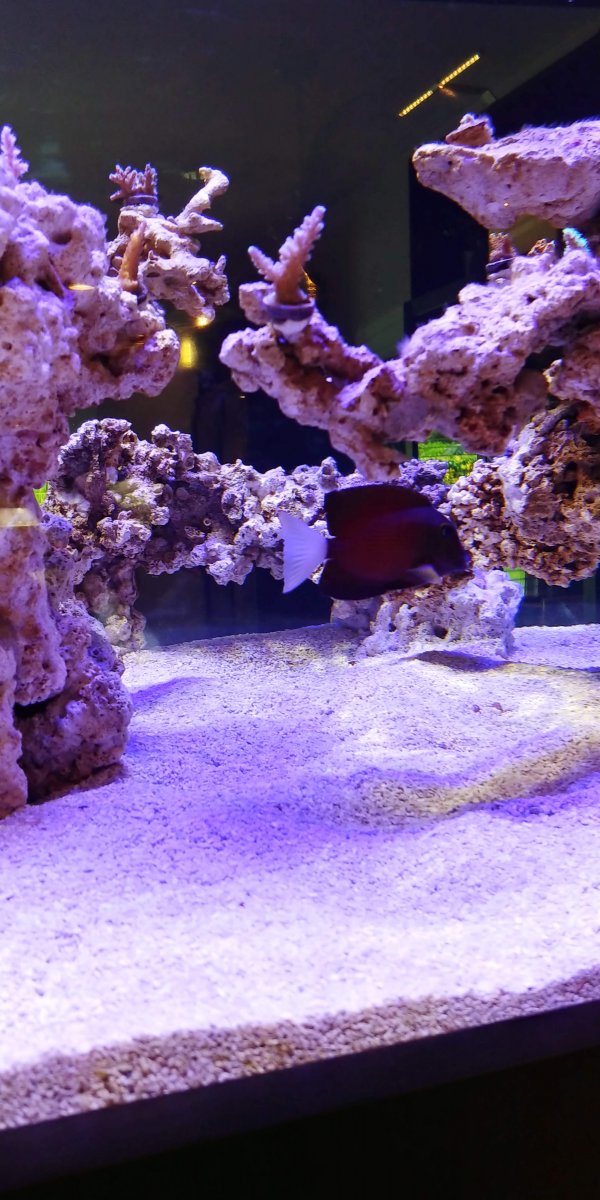 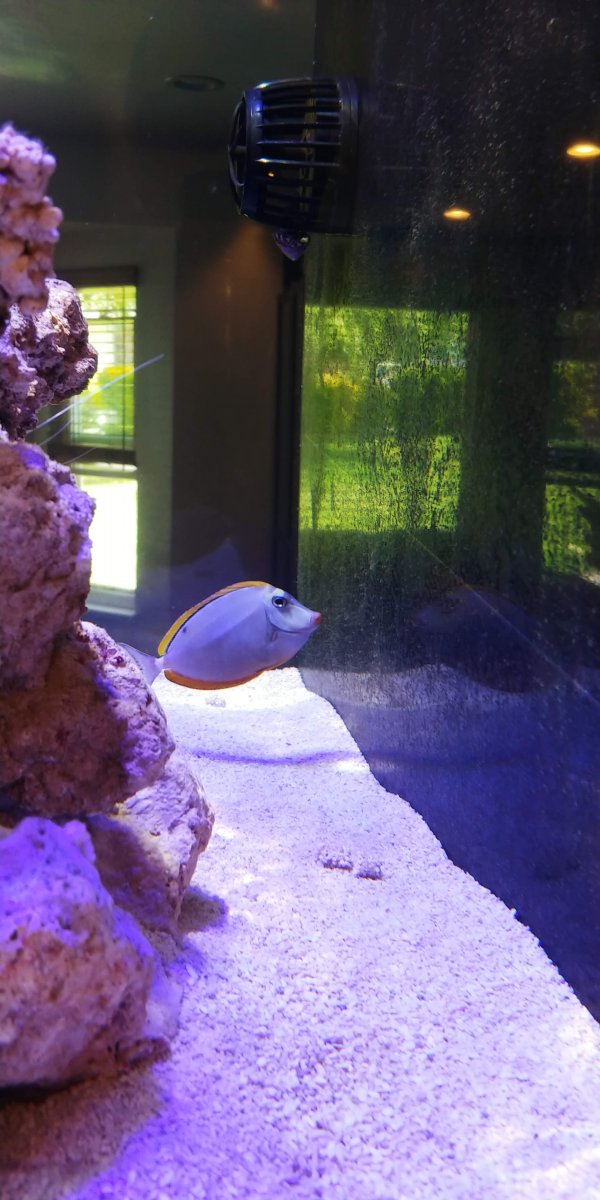 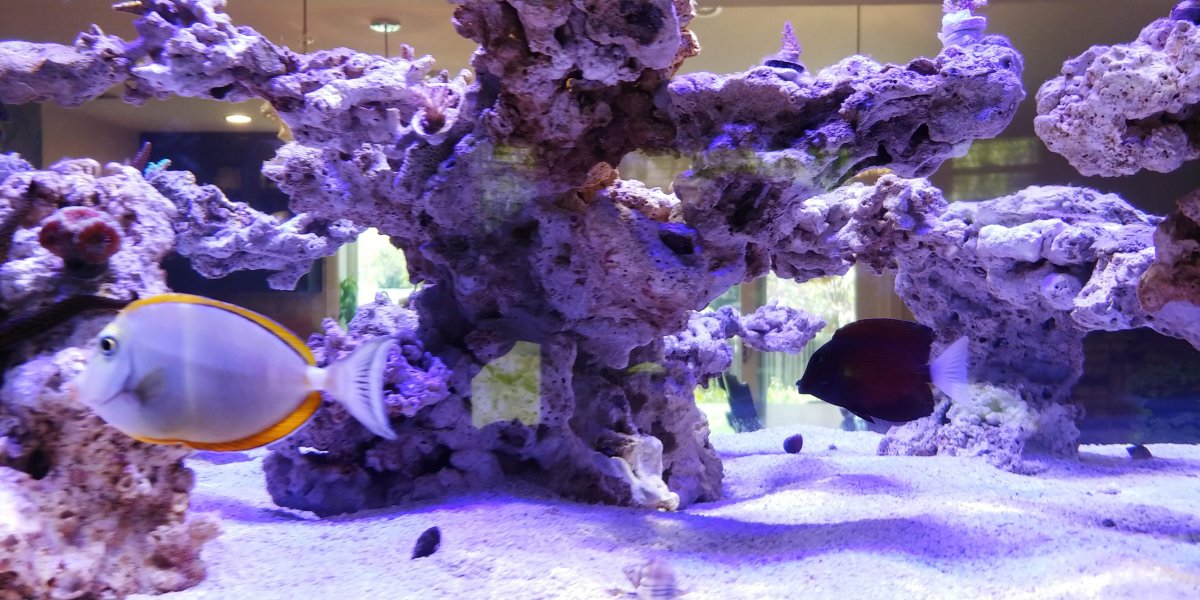 The great news was working with Marine Collectors was easy and I decided to replace the Naso with additional wrasses. A few weeks later the wrasses came in:
Rhomboid
Melanarus
Pin Tail Fairy
Rosy Scale Wrasse x2

The Rhomboid was very stressed out, and after 3 days of not eating I was finally able to catch him and put him in the sump to isolate him and get him to start eating. After a week of feeding him in isolation and making sure he was doing well I was able to put him back in the display tank and I still have him to this day.

Unfortunately the shipping stress also impacted the Melanarus wrasse really bad. This Melanarus and the following replacement Marine Collectors sent us died in the first 24 hours. I contacted Eliot directly to review the tank and the setup before the 3rd Melanarus was sent. We started by isolating the 3rd Melanarus in the sump for observation before adding him into the display, and after a week we were able to successfully transfer him into the display tank.

At this point we decided that any fish that was shipped to us would first need to be in isolation in the sump to reduce stress and allow us to feed without the fish having to fight for food. 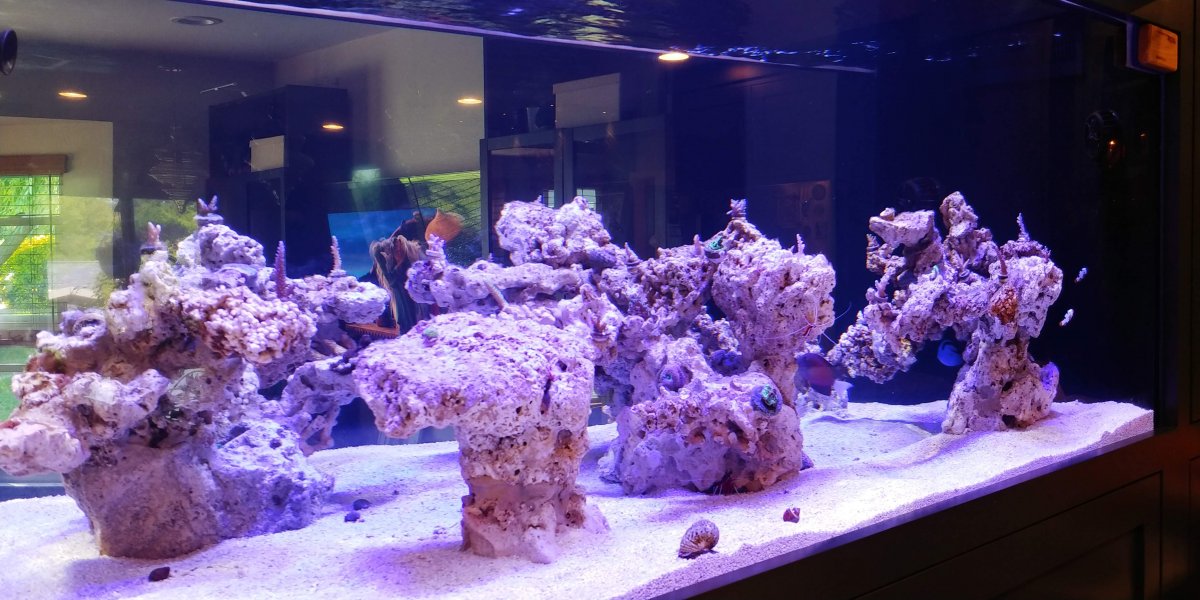 Bipolarbear said:
By the end of September I was able to get the tank sanded and polished, we also installed the luxury vinyl plank flooring ourselves to save some money. October would come and go without any work on the kitchen as we were still waiting on the cabinets. We wouldn't see cabinets in the house until the week before Thanksgiving. 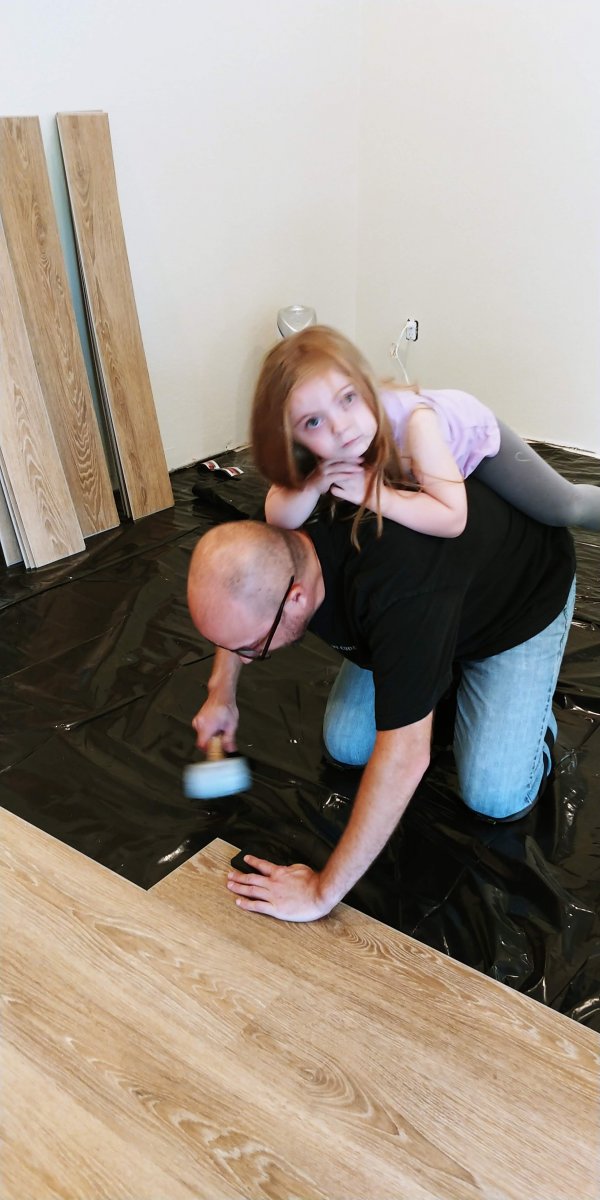 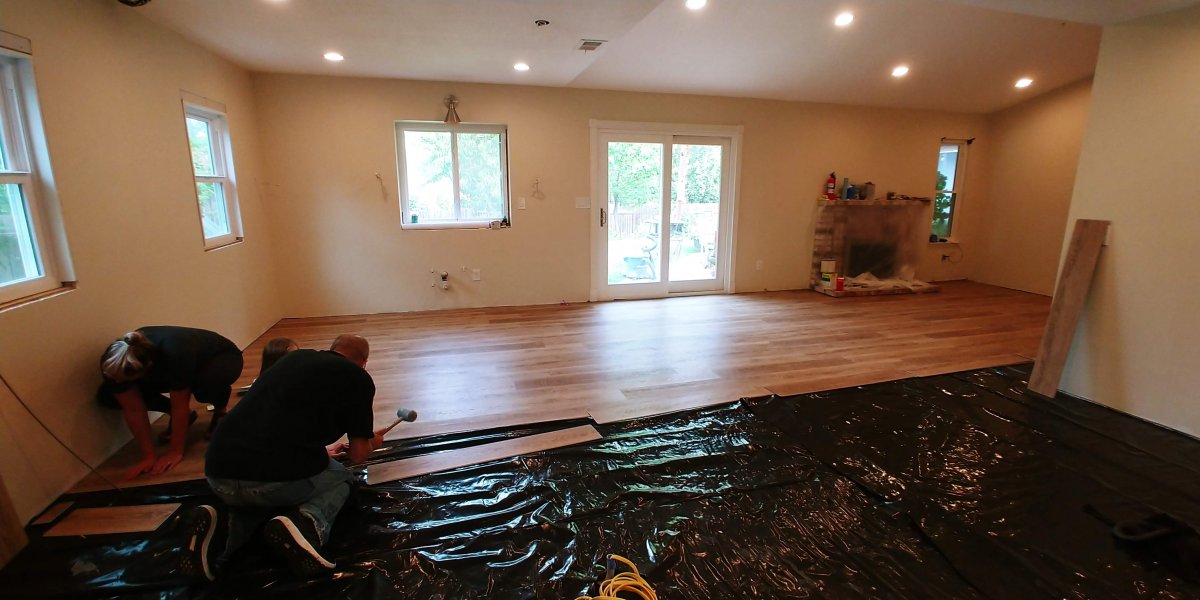 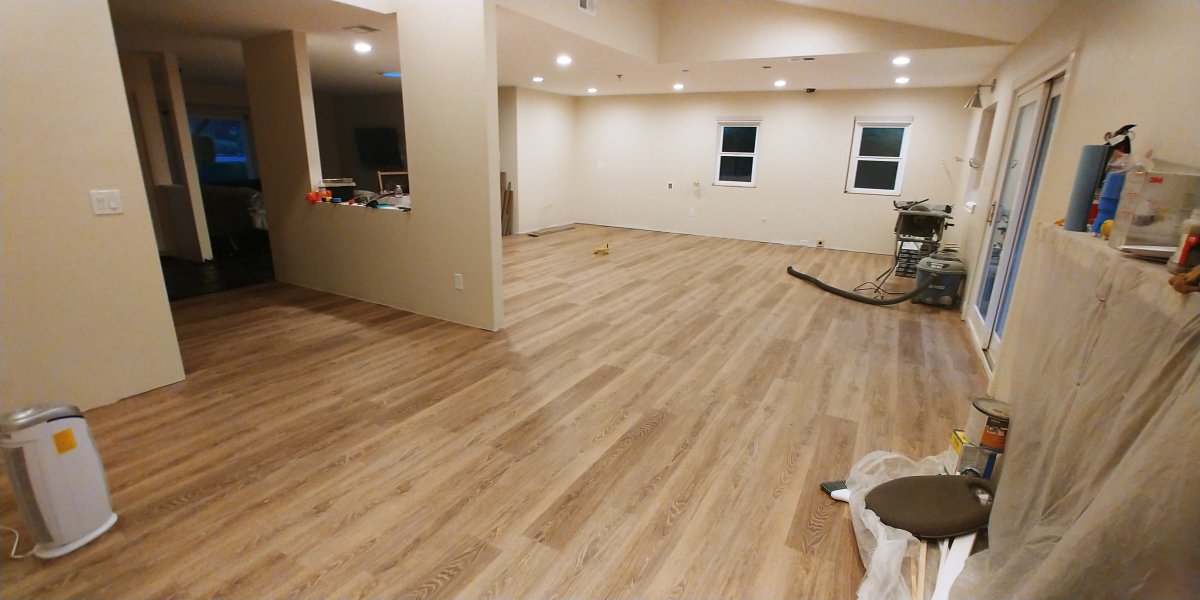 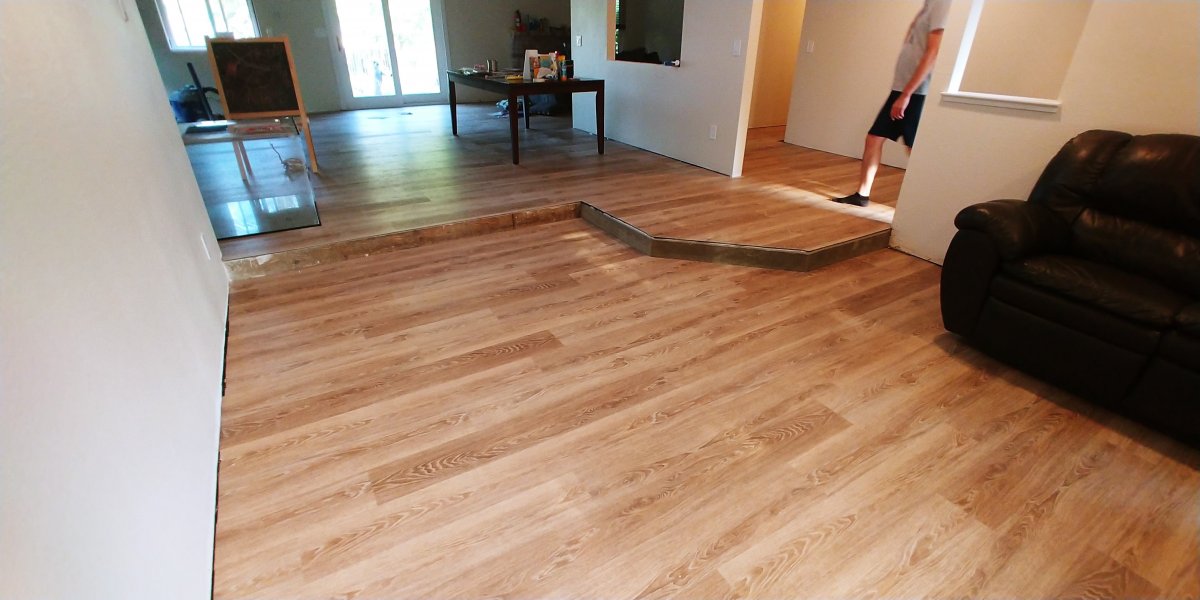 I can totally relate to that picture of your daughter on your back. I’m assuming she is the one with autism? I have two children that have high functioning autism, 5 children all together… jumping on my back while working seems to be just the right thing to do for any of them LOL
OP

Drew Hitt said:
I can totally relate to that picture of your daughter on your back. I’m assuming she is the one with autism? I have two children that have high functioning autism, 5 children all together… jumping on my back while working seems to be just the right thing to do for any of them LOL
Click to expand...

Yeah that's her, she is getting to the point where she is almost too big to pick up but still demands I lift her up every day.

Sucks to think about the fact that one day she will be too big for piggyback rides or jumping hugs...
I

Looks great!! It’ll be interesting to see how the solar tubes work for you in the long run. I’ve only seen one other thread a while ago use them but I believe it was a FOWLR. I wish I could have gone 36 deep front to back but I could only do 30. The extra space is nice for aquascape!