Need a little help with id'ing this. Had a beautiful pair of black storms, but after adding a small tang this problem showed up. Had them for 6 months without issue, together in the tank with with the tang for 3 months.

After being away from work for 2 days I came back to a bad looking tang. Light spots and wouldn't eat anything. Did a quick freshwater dip and put him in a hospital tank with half a dose of copper but he died the next day unfortunately.. 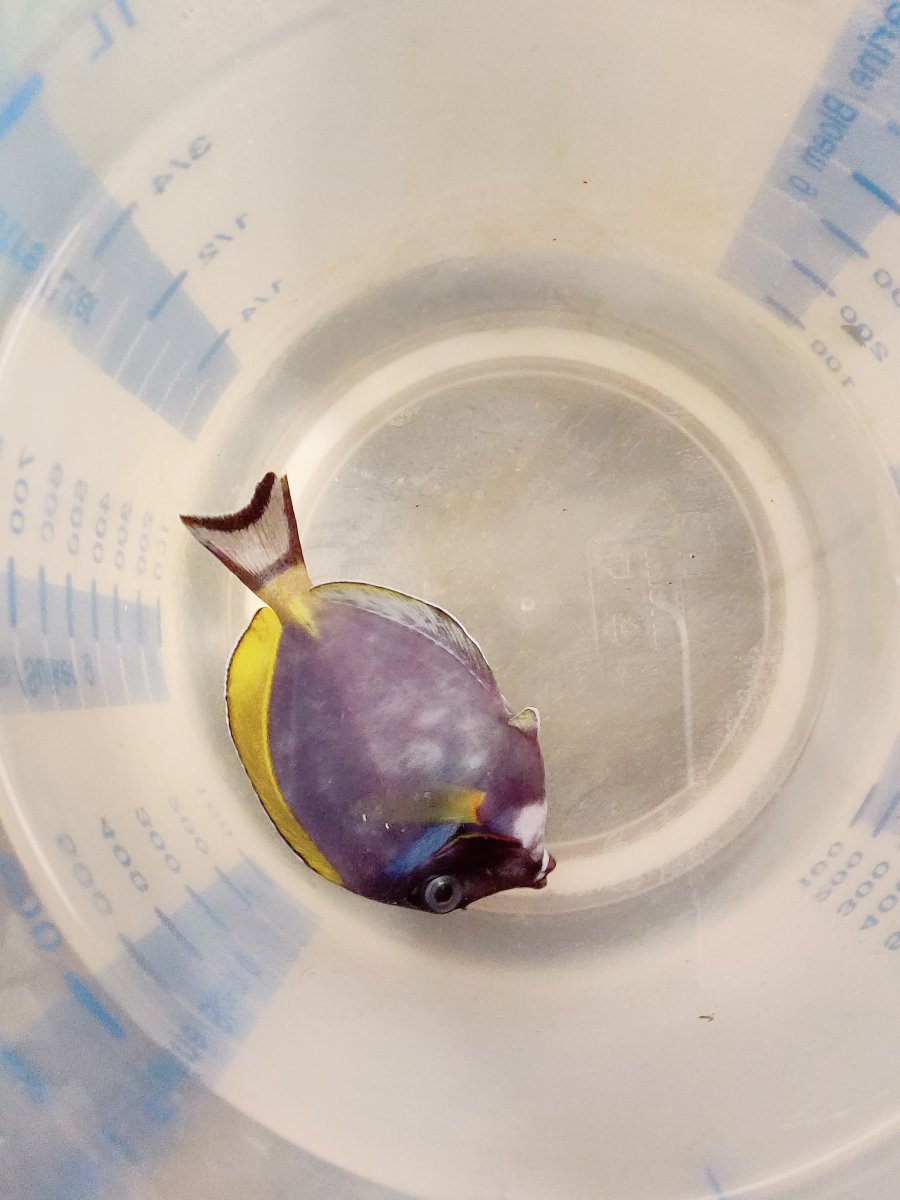 Only other fish in the tanks were the clowns. They are mostly white so white spots are difficult to see, but in daylight I thought I saw something resembling white spots so I took them out quickly and did the same thing.

Now they are both in the hospital tank with cupramine @ 0.55 (copper power not available here). One is looking ok, but the other one is breathing fast, hiding, laying on its side. When I put food in the tank it will swim up to it and eat it, but he's clearly not ok. Color is off as well compared to the other one.

Made a little clip to clarify, hopefully someone can advice. I'm suspecting brook of velvet but not sure. I have metroplex which should be compatible with cupramine. But don't want to stress them further by giving the wrong treatment\meds.

Was the clown breathing hard in the display tank? He could be just stressing out from the move into the QT.

Breathing heavy would be a sign of velvet. I'm not an expert but something to look into.
OP

Manny D. Mandarin said:
Was the clown breathing hard in the display tank? He could be just stressing out from the move into the QT.
Click to expand...

Hard to see the breathing in the tank but he was not acting normal at that point. Hiding, hardly eating, acting erratic basically. Also left his mate at that point, they were never more than 2 inches away from each other.
OP

Together in good and bad times I guess..

Thursday at 7:18 AM
Jay Hemdal