I purchased some branching GSP 3 days ago from a local reefer. Noticed some bristleworms on it as well as an asternia starfish. I did a quick dip followed by a second dip with hydrogen peroxide and a quick 10 second freshwater wash before setting in the tank. I have two pieces in two different tanks and neither has opened. I though it was starting to after the first night as I could see the fluorescence from the polyps. The next night there was more, but in the daytime lights, you can't see anything. Upon closer examination, the fluorescence is coming from around the opening of each polyp almost like the skin is so thin you can see them through it

Does anyone know what would cause this? Will the polyps come out?

Hi, gsp one of the hardest to kill, but can be finicky after dip/move, just needs time to reopen.
moderate flow.
OP
L

Thanks. I have just never seen the polyps floresce through the skin if the coral before. 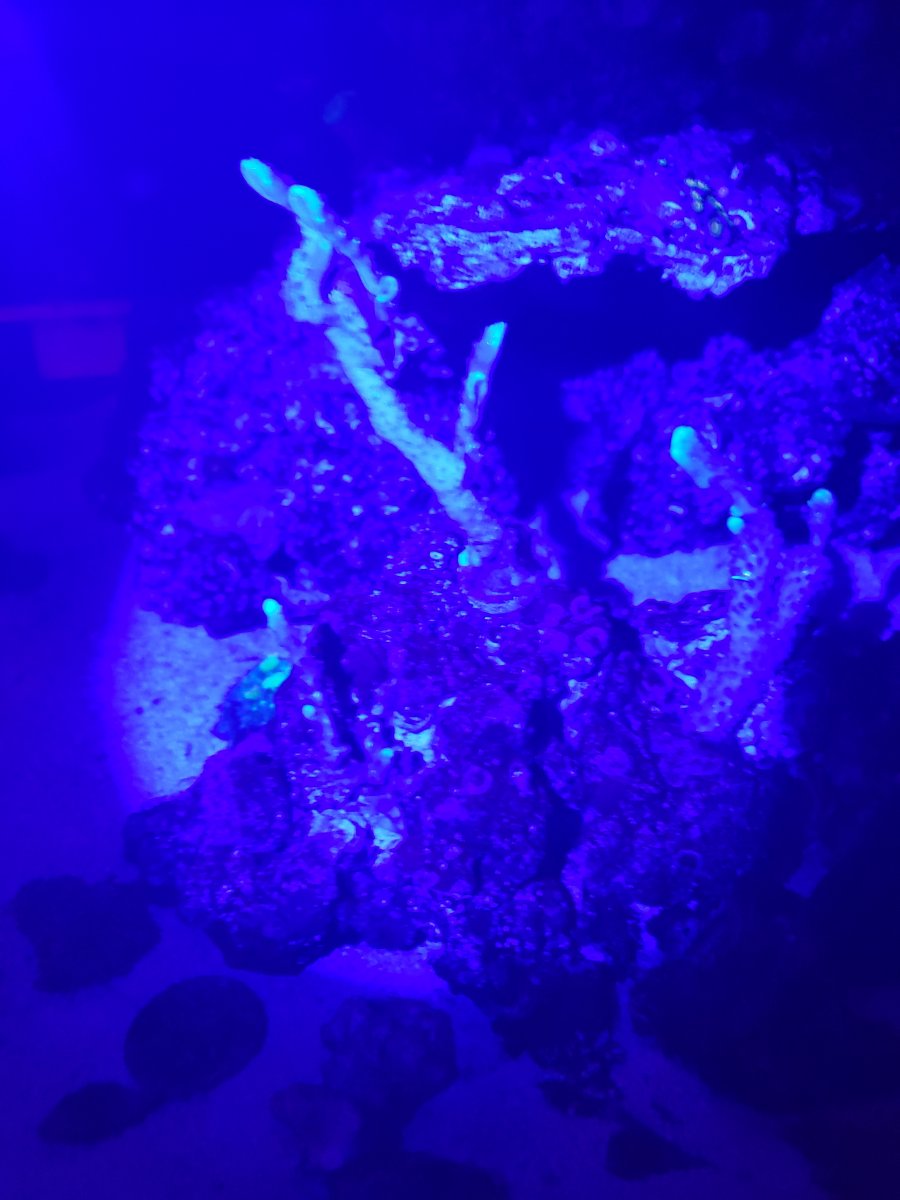 Can you turn the blues off?

How to photograph florescent corals?

Is this how GSP grows?