I like BRS. I get a lot of information from them. I hope they do well, it would be a shame if Amazon and Petco won this war.

I really think BRS wants us to succeed and cares about our hobby. Here's hoping they do VERY WELL in the coming years.

Montiman said:
Having worked in the industry in the recent past there are some things I think people are missing.

I do not believe that MarineDepot was very successful. There has been writing on the wall from an industry perspective that they had shrinking margins and might not be around. MarineDepot switched to contract warehouses and stopped doing their logistics in house. This is convenient but expensive, A large part of this was driven buy the cost of doing business in California, MarineDepot Employees have told me this. Many MarineDepot long term employees have left in the last several years and gone to BRS or SaltwaterAquairum.com. Vendors have mentioned that MarineDepot has been later and later paying their bills and that sales volume has fallen. If it wasn't for the pandemic I thought MarineDepot might just go away on its own.

I believe BRS saw a great deal and took it. The question is why. Given that MarineDepot was using contract warehouses. I doubt BRS will have Georgia and Nevada distribution centers. They could just hire their own contract warehouses. MarineDepot was never as geeky and this may represent a move towards BRS having more entry level products. I was surprised when BRS started carrying brands like reefbreeders but it may be the case that the only way for BRS to gain more market share is for them to expand into lower end products and possibly freshwater items.

To be honest I also question the profitability of BRS. The advertising and customer support cost a fortune and the insider knowledge is that higher end products have lower margins than entry level ones. BRS also specializes in many products that are likely loss leaders due to freight. Salt, Frozen Food, Rock, and Substrate are all near impossible to make a profit on after freight and yet BRS really pushes them.

I strongly feel that the BRS founders likely always planned on selling out after gaining market share. Today market share can mean more than profit.
Click to expand...

As a current Marine Depot vendor... I agree with everything you said.

The AquaMaxx brand and the contact/relationship with the overseas manufacturer are part of the deal.

amazongb said:
A MAP pricing policy does not attempt to control the actual selling prices of those products. In private negotiations with customers, resellers are free to sell a product below the manufacturer's MAP-approved price, as long as its publicly displayed pricing is at or above the MAP level.

It might be cheaper to buy MAP products through and LFS, as they are free to discount in store (just not advertise below MAP).

If manufacturers could actually control the selling price, that would be considered price fixing, which is illegal.

The best way for an LFS to advertise MAP products is with a "Call for Best Price".
Click to expand...

Correct but selling below MAP consistently is a great way for a manufacturer to "cut them off".

BeltedCoyote said:
Depending on the buyout though, I would think BRS also got the distribution?
Click to expand...

those were contracted warehouses, NOT Marine Depot property.

I see this as bad for the customer. Less competition leads to monopoly. I used both equally. I will always check with other sites for the best prices.

jaxteller007 said:
Some people live in areas where the LFS are horrible in terms of selection, price and quality.
Click to expand...

My LFS is priced higher than MAP pricing

icedearth15324 said:
Sounds like BRS might be going the route of DRFS and trying to offer supplies for all markets as well as finally offering international shipping. Something they couldn't do in the past.
Click to expand...

Quote: "Many MarineDepot long term employees have left in the last several years and gone to BRS or SaltwaterAquairum.com."

When Robert Left MD and was picked up by BRS, I figured MD was going the way of the DoDo.
Has anyone thought that Maybe BRS threw the folks at Marine Depot a lifeline? A WIN-WIN or two dodo's with one stone.

When Drs-F&S was sold to Petco that was a TRUE loss for ALL pet owners. Petco lost a lot of that market. If BRS became Bulk Pet Supply it would be a good day for everyone. I hope to see BRS acquire Live Aquaria.

siggy said:
Quote: "Many MarineDepot long term employees have left in the last several years and gone to BRS or SaltwaterAquairum.com."

When Robert Left MD and was picked up by BRS, I figured MD was going the way of the DoDo.
Has anyone thought that Maybe BRS threw the folks at Marine Depot a lifeline? A WIN-WIN or two dodo's with one stone.

When Drs-F&S was sold to Petco that was a TRUE loss for ALL pet owners. Petco lost a lot of that market. If BRS became Bulk Pet Supply it would be a good day for everyone. I hope to see BRS acquire Live Aquaria.

Well they will never crush Petco as Chewy is getting bigger and bigger and BRS can’t compete with the big companies on aquarium supplies alone.

It absolutely was a lifeline. MD had been trying to sell to BRS since 2015. 6 years later and MD was going to sell to someone. We should be happy that a good reefing company like BRS took them over instead of an Amazon or Petco buyout. I don't think MD selling to a company that would have run it into the ground would have been preferable.

The Marine Depot content always felt like a city public middle school teacher that read the chapter she was teaching the night before and hoped you did not notice.

My last and final shipment from Marine Depot was shipped without a box and busted open. Somebody stuffed the parts back in in transit and when the extra mile by banding it.

jaxteller007 said:
Some people live in areas where the LFS are horrible in terms of selection, price and quality.
Click to expand...

Just go to BestFish in Milwaukee. A little ways to go but they can get pretty much everything if they do not have it and prices are as good as internet.
D

I'm optimistic about BRS buying MD. I always liked BRS and being in WI they ship super fast via Speedee. I also appreciate all the videos the BRS puts out like their build series and investigate series.

At the end of the day I'm glad it's two aquarium companies combing and not Chewy, Petco, PetSmart, etc... buying out a small player to extract value. I'm still salty about Petco buying out DFS/Liveaquaria. 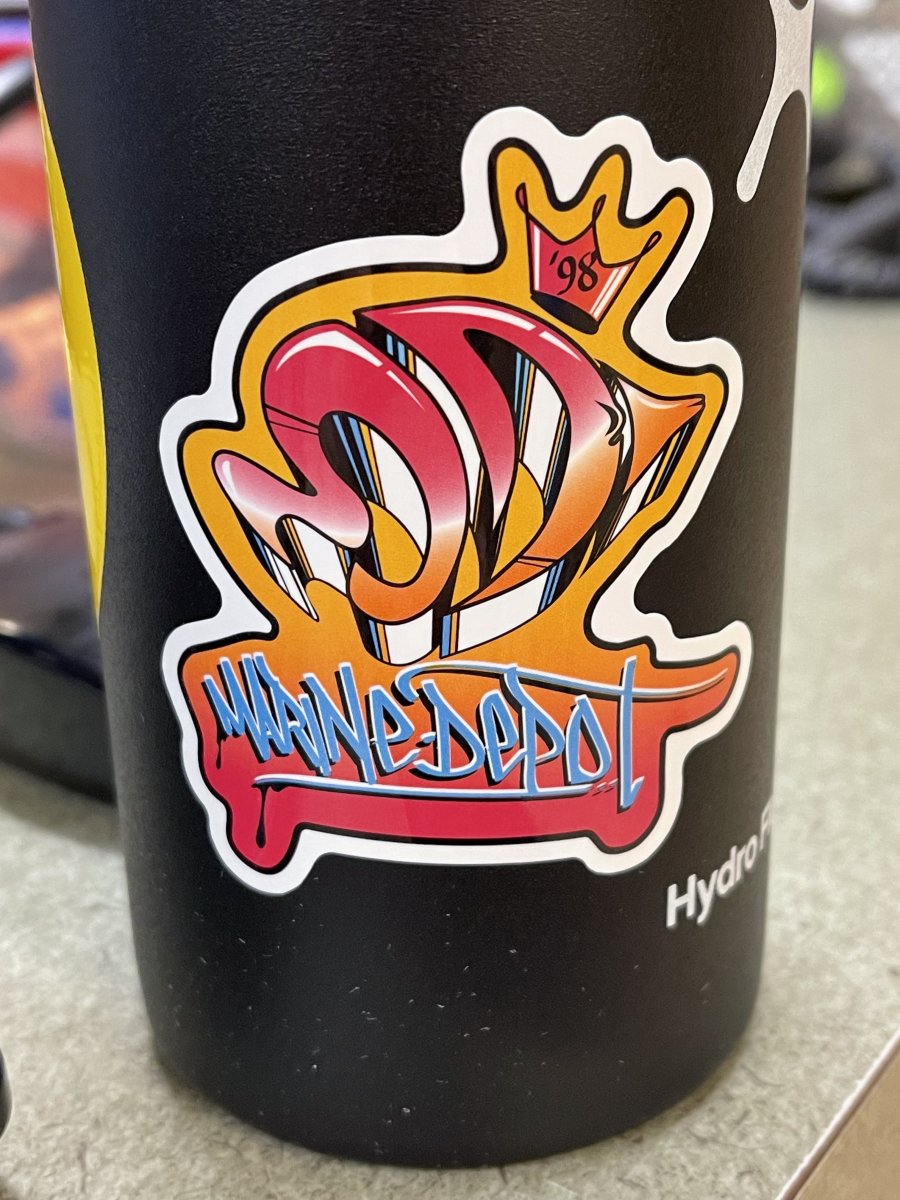 I always trust a group of people who refer to their 120 gallon as a nano...lol...About time they merged!

ARCkeeper said:
I WISH BRS used FedEx. My last 2 orders shipped with some company named SpeeDee, and they were anything but. Orders used to get to me in WI in 2-4 days. Both orders with SpeeDee took twice as long, and tracking showed my last order sat for 4 days at their facility less than 40 miles away because they didn't have enough drivers to deliver it. I have actually been using saltwateraquarium.com more lately for that reason.
Click to expand...

I ordered something last Friday (8 days ago) being shipped from CA to MN via Fed Ex. The info was sent to FedEx on Monday and they didn't even pick the item up until Thursday! That means it's going to take 10 days from the time I placed my order. I think the pony express would have been faster.
J

Personally I Love PREMIUM AQUATICS . Doing Business with them at least 12 years always great service. I am against ALL monoplies as the consumer end user GETS SCREWED.
B

mpatient said:
Just got it. I order from both, but if the item I need is the same price, I will always go with MD. No tax and shipping is infinitely faster. Not to mention they use UPS instead of FedEx which is by far the more reliable shipper.
Click to expand...

All of my BRS orders ship UPS

So BRS bought out Apex Neptune Systems too?

A
Vendors for dry goods on west coast