Can you bring home Zoas from Hawaii?

Do you know what kind of zoas? what color?

Cantusaurus said:
A person from the DLNR responded to my email like 1.5 days later.
They said it was ok as long as I didn't take the rock the Zoas are on
Click to expand...

Did you get the person's name and phone# so you can call them from the US Customs holding facility?

A;exr54 said:
That is surprising. When I was there it was different. They didn’t want anyone even getting near the corals.
Click to expand...

It's the "Stony Corals" they care about. They seem to not care much about Zoas and Palys.
But I get what you mean especially if people don't know as much about corals, or if the soft corals are in close proximity to the hard corals.
Like no one talks about Zoas and some people do not even know they exist, and I guess it's because they technically aren't corals.

Here are the Zoa in question 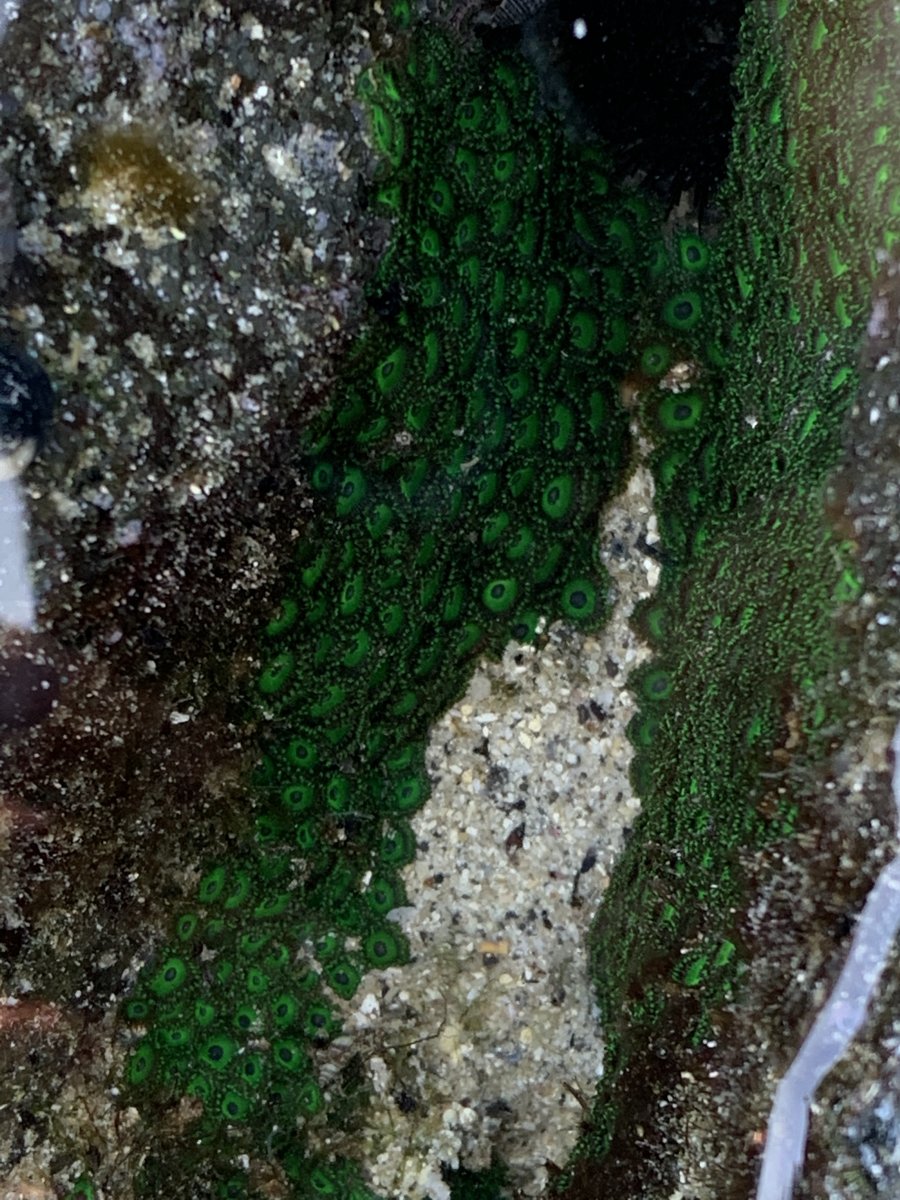 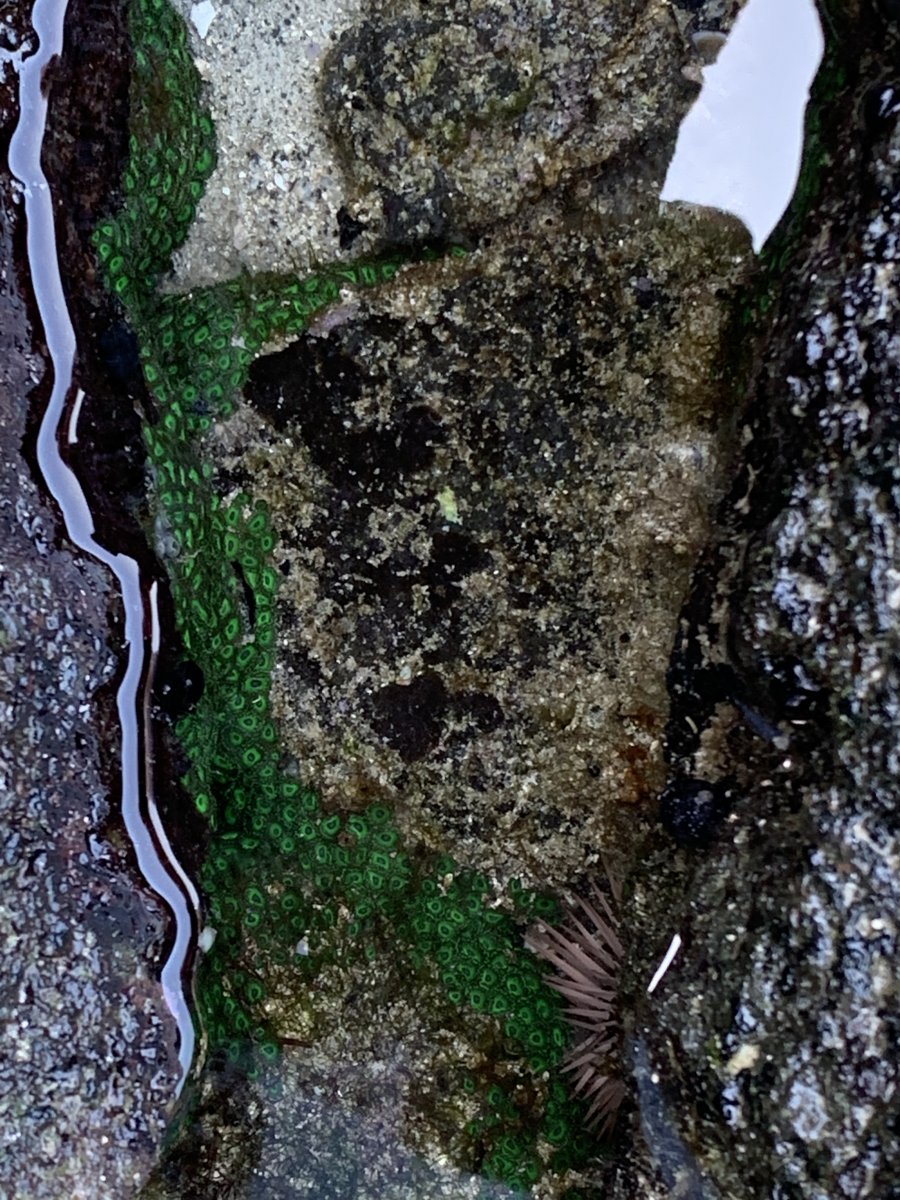 There are also another type I saw, but they look very dull (but I may take a few polyps just in case they look nice under blue light)

flourishofmediocrity said:
Do you know what kind of zoas? what color?
Click to expand...

I looked online for a while. They don’t have a trade name.
A deep green
I posted a photo in a a separate post just now

Cantusaurus said:
I looked online for a while. They don’t have a trade name.
A deep green
I posted a photo in a a separate post just now
Click to expand...

How much for a frag ;P
OP

damsels are not mean said:
How much for a frag ;P
Click to expand...

I just got home late last night. Still have to glue them to plugs, they're sitting in a breeder box right now.
If they grow I can maybe send frags out. Reach out to me in a month or so, and maybe I can make it happen
No idea how much I'll charge, but probably not much (a reasonable amount).

When are you fly out? There was a thread not to long ago about someone who TSA asked which airline he was boarding and they went over and had him get rid of snail, other life sock and only allowed macro algae. Good luck.

How did they turn out?

A few years ago I was able to bring some yellow tangs and naso tangs on my carry on. You cannot bring liquids through TSA usually but if there are live fish then you can bring it as a carry on. TSA took a peek and that's it. Bought it from the fish store at Oahu. Cheaper obviously but wanted to bring home a souvenir.
Not sure about now since tangs are illegal to harvest there. Calling TSA from the mainland is useless. You can ask the TSA at the Hawaii airport when you arrive and they should know what you can and can not bring back

Cantusaurus said:
Here are the Zoa in question

There are also another type I saw, but they look very dull (but I may take a few polyps just in case they look nice under blue light)
Click to expand...

Did you get those home? I am curious how they look in your tank, because they sure are green!
Last edited: Jan 17, 2022

Now I'm interested in how these turned out in a tank! Picture or this never happened!

If he's not replying back, maybe something terrible happened at tsa

My interpretation of the Hawaiian regulations around zoanthids is this: there does not appear to be a law which specifically prohibits the take of Zoanthids. However, there is a law against the take and damage of live rock (HAR 13-95). The definition of "live rock" is "any natural hard substrate to which marine life is visibly attached or affixed."

If a zoanthid is attached to a substrate that substrate is by definition live rock. So you can't break off the rock with the zoas because that is damaging and taking the live rock. Potentially, peeling the zoas off wouldn't break the rule, but I'm not a lawyer.

Hey, thanks everyone for the new comments. I did successfully get them home. I managed to bring two types home. The really green ones did not do the best due to plucking them off the rocks, and some either dettaching or melting in my tank. However, a little 3 polyp piece made it, and is opening up. I can send photos later, but they look more fluorescent green in my tank.
I may see how they look under high whites, but we'll see.

Also:
It was legal to take the Zoas (contacted the DLNR they said it was fine and looked online and found a section talking about taking for the home aquarium as well as on a plane).
So I just had them in small 4 oz containers and filled them like halfway just in case.
I had them in my carry on and never mentioned them. I'm kinda glad I did this, because they gave me a semi hard time with the Rock Urchins I brought. I collected 6 small rock/shortspine urchins (they are reef safe and amazing CUC)
They were baffled because I asked them to hand check the large bag, and they were super confused. I tried to show the papers saying it was legal TSA wise, and the email with the DLNR, but they didn't really care and I felt bad because it slowed down things by about 2-3 minutes since everything halted for a second. About 4-5 TSA had taken them and were talking, and they began making calls, and took photos most likely to send to someone who could identify them. I went through security, and collected my bags, but they still had the stuff. They then like 7 minutes later asked for my ID and flight info, and I gave it to them. I tried to get more info out of the situation, but he said oh yeah it is illegal in the state of Hawaii, and I tried to get more info on the legality and what was going on, but they went back to what they were doing trying to check with high ups. But the guy was nice and said that this was all fine and things like this made his job fun/interesting.
But ultimately they let me take the Urchins. BUT they did a water sample test last to check and confirm it was safe... But like you guys had it for like 20 minutes, and the Urchins are moving around, but whatever. I'm not complaining and they want to be safe.
They did not give me any more info. I was shocked... Like I don't think anyone knew anything surprisingly, and I don't think any Urchins were listed under being illegal to take, and especially not these since there are millions everywhere. But I get it. But it was overall strange. They never asked like oh what type of Urchins are these which may have made the process much easier, and they were like 20 feet away, and I did not really want to be like yell excuse me they are 'Rock Boring Urchins' and sound like a smartalec and I didn't want them misinterpreting it as disrespectful. But whatever.
I think things are stricter coming from the Big Island I'm guessing. But I'm not sure. The laws may be stricter their and maybe that's what was happening.

Who do you call when you want a species that is not regularly (if at all) in the trade?