I am working on building a floating canopy for my Elos 120XL tank, the plan is to seat the 48" Aquatic life T5 hybrid in there along with two XR15 G4 pro and 1 XR30 G4 pro.
I got some ideas from various post on reef2reef and by watching some YouTube videos, but I couldn't find a build thread for canopy using PVC trim board, so I thought of starting one.
My initial plans were to use a 3/4" pine board and to wrap it with vinyl as suggested in one of the threads and mounting it using wodden dowels, but due to limited space and in order to not go through the pain of making sure that the wood is properly sealed I took a different route.
I would say that this build is based on mixture of ideas from different build thread and I have added some of my own ideas to it, so wish me good luck.
I'm excited to finally contribute to this great reefing community. Wish me good luck.

Look forward to see how it goes for you
Maybe I can learn a thing or two!
gl

Sorry about the delay, I know this was long overdue, was tied up for a while so couldn't get to it.
OP
R

Got the PVC trim boards cut to size from Lowes, the aquarium is 50" long and 26" wide. One thing to account for is the 3/4" thickness, so they should be cut 1.5" shorter if it to be an exact fit.

The Kreg's pocket hole jig was set at 3/4" to match the thickness. I did test it on an extra piece to make sure that the drill bit didn't go through. Made several pocket holes few inches apart. I wanted to keep the smooth side facing out, so made the holes on the rough side. The Kreg's clamp was defective so I just used the ones that I had, the jig did slip a little during drilling but after properly tightening it with the clamp it was fine. The drill bit went through the PVC board like butter. 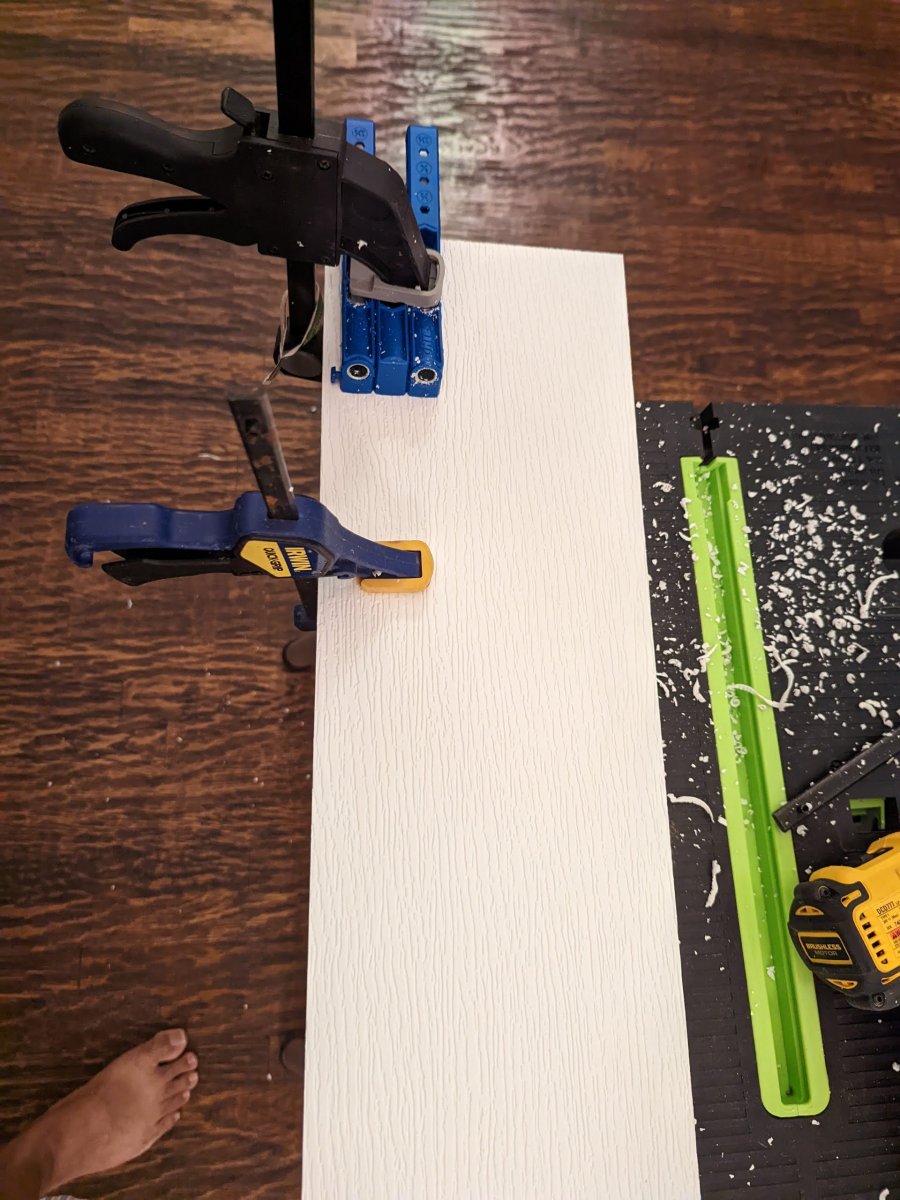 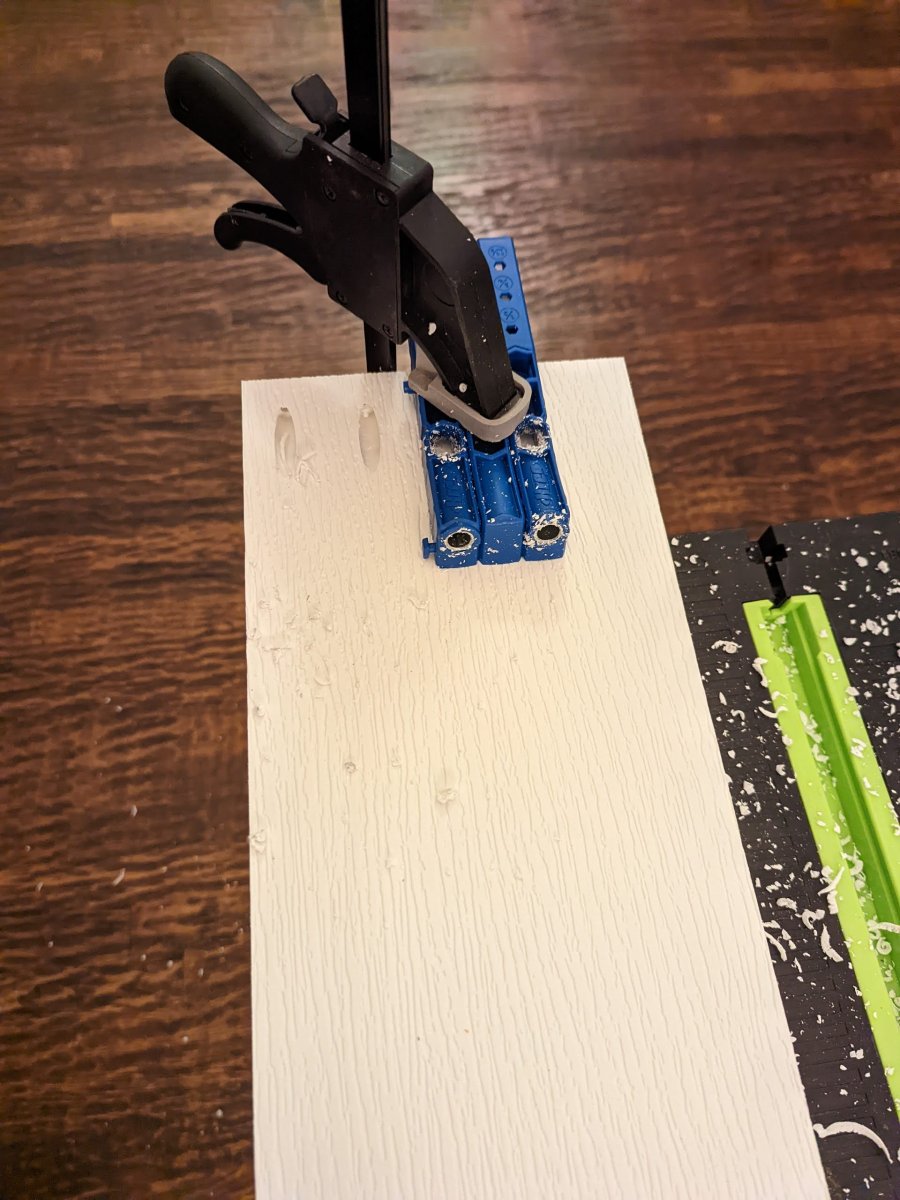 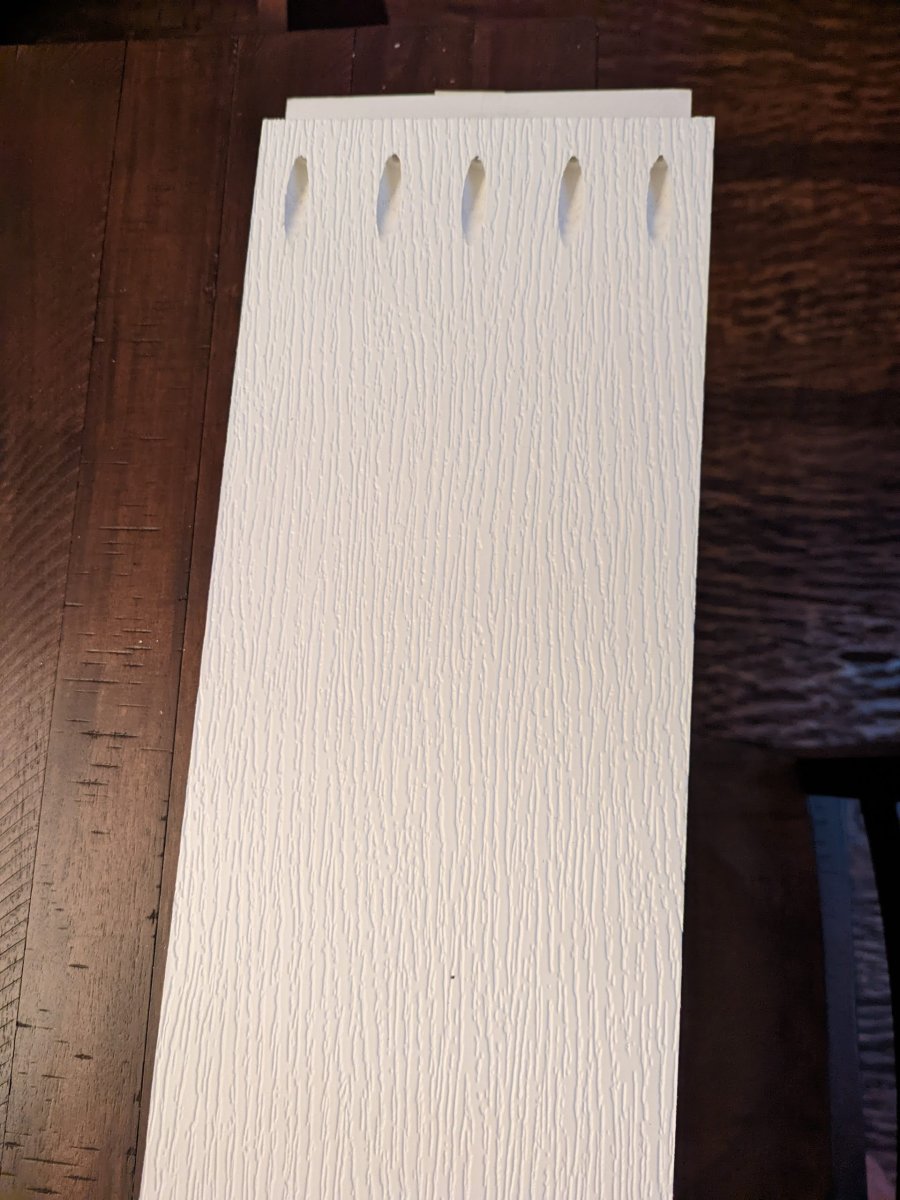 I also made pocket holes in the smaller trim which I was planning to lay the T5 hybrid fixture on. 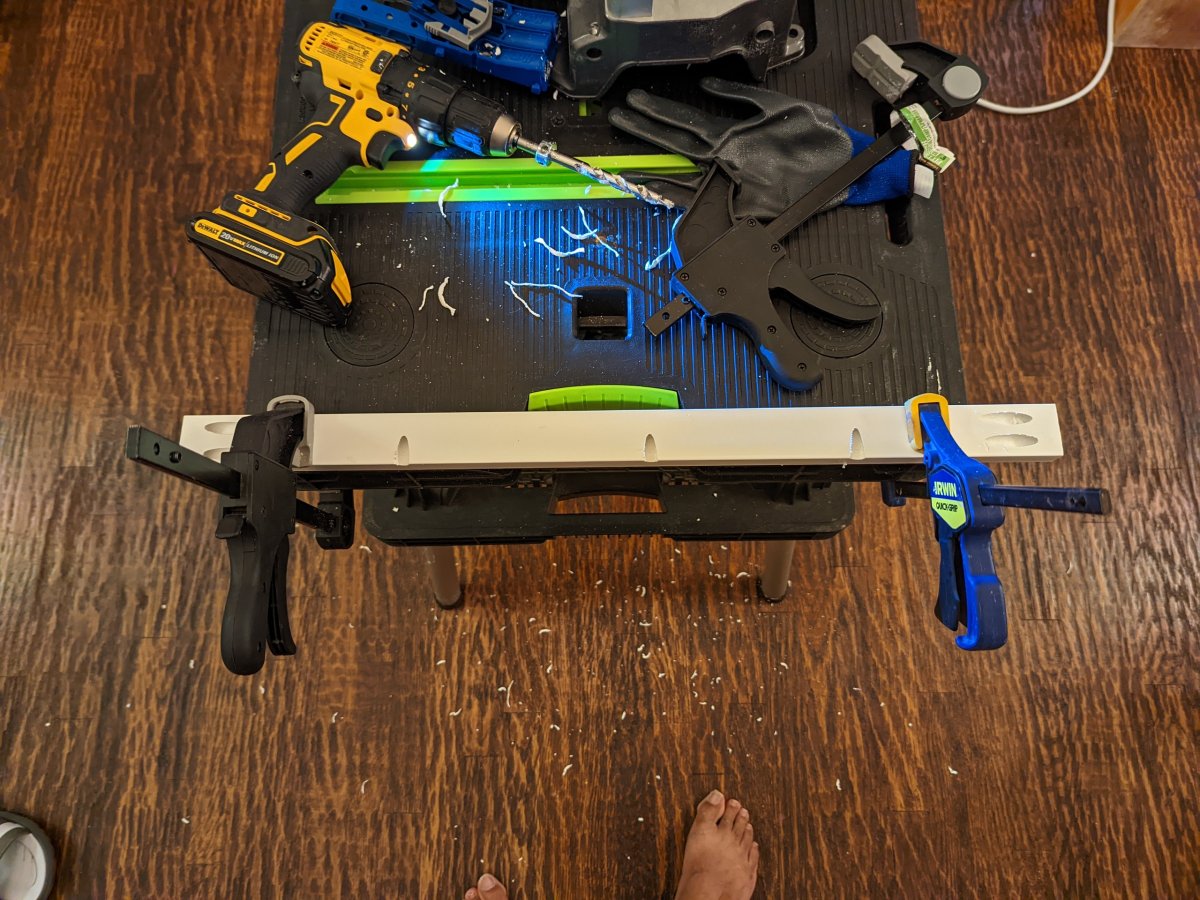 I wanted to put triangle braces to provide extra support to the canopy. I drilled the pocket holes in the trim prior to making the cut as the pieces would be too short if the holes were drilled after the cut. 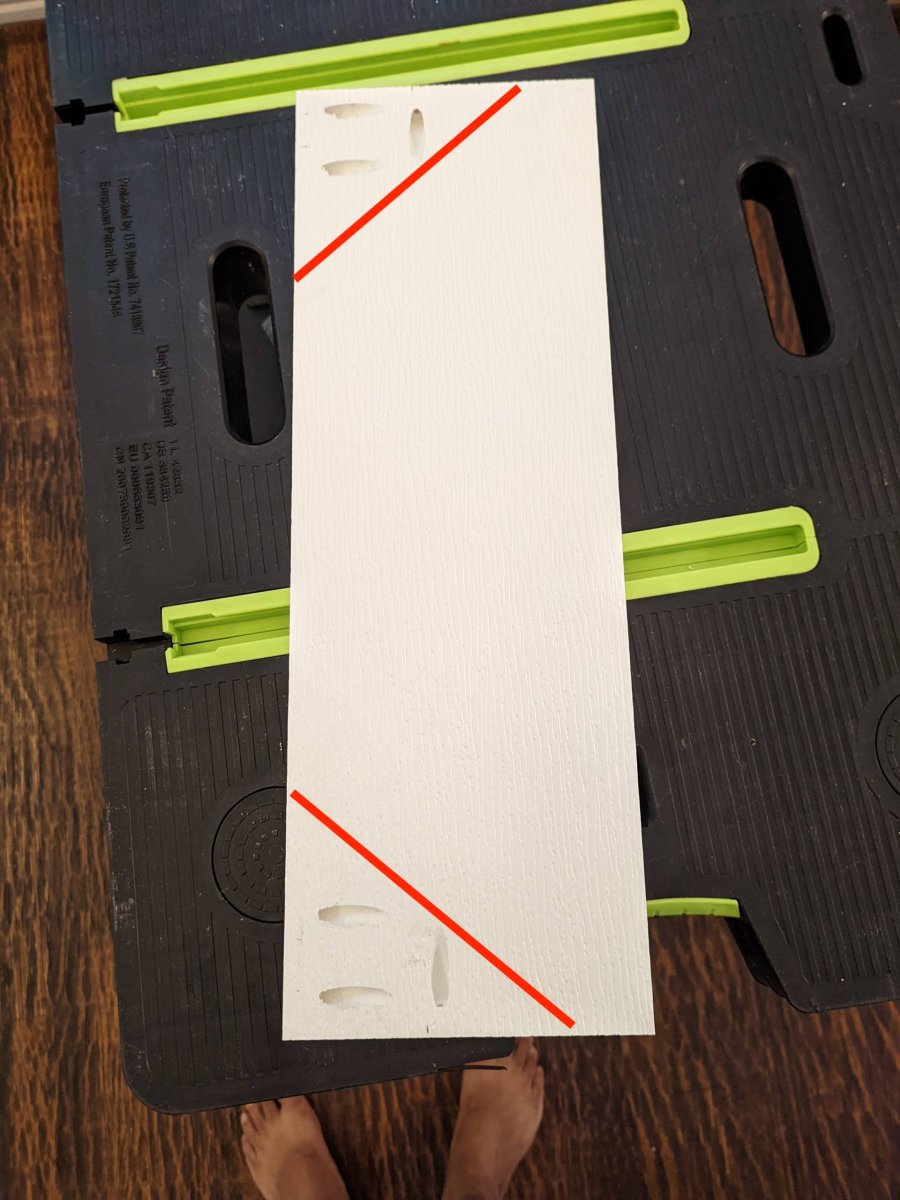 I don't think this part is needed, but I used PVC glue to join the trim boards, they were held together using the 90 degree corner clamp. I then used the pocket hole screws, I also used a level to double check that the boards were leveled. 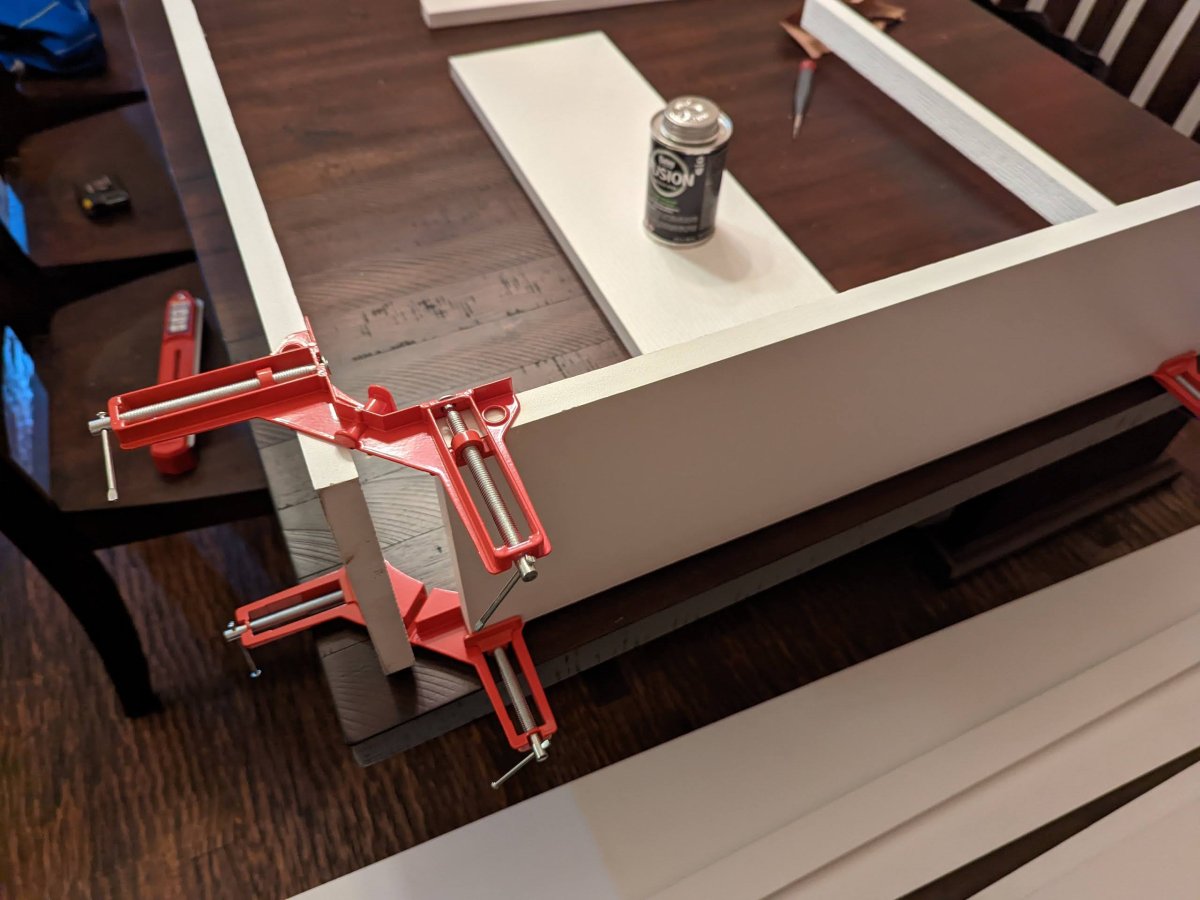 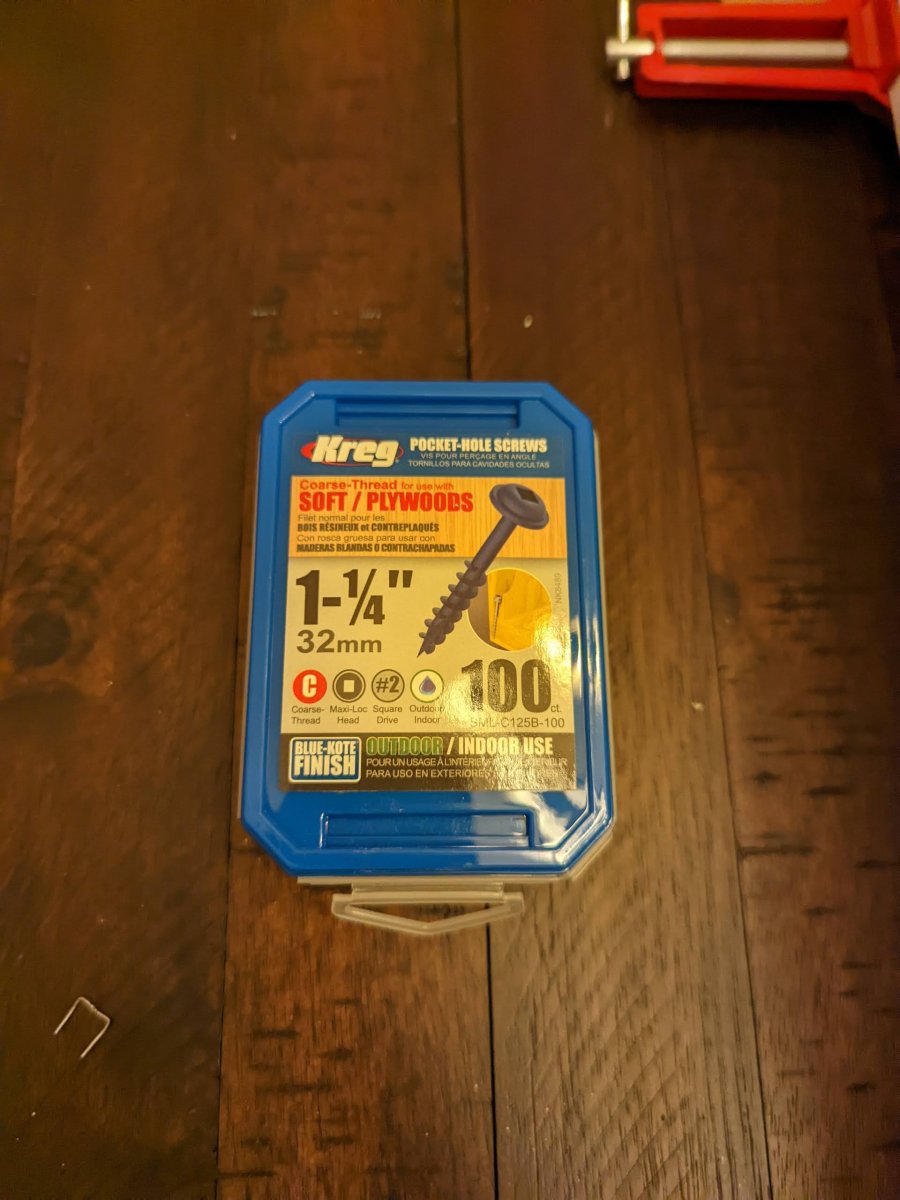 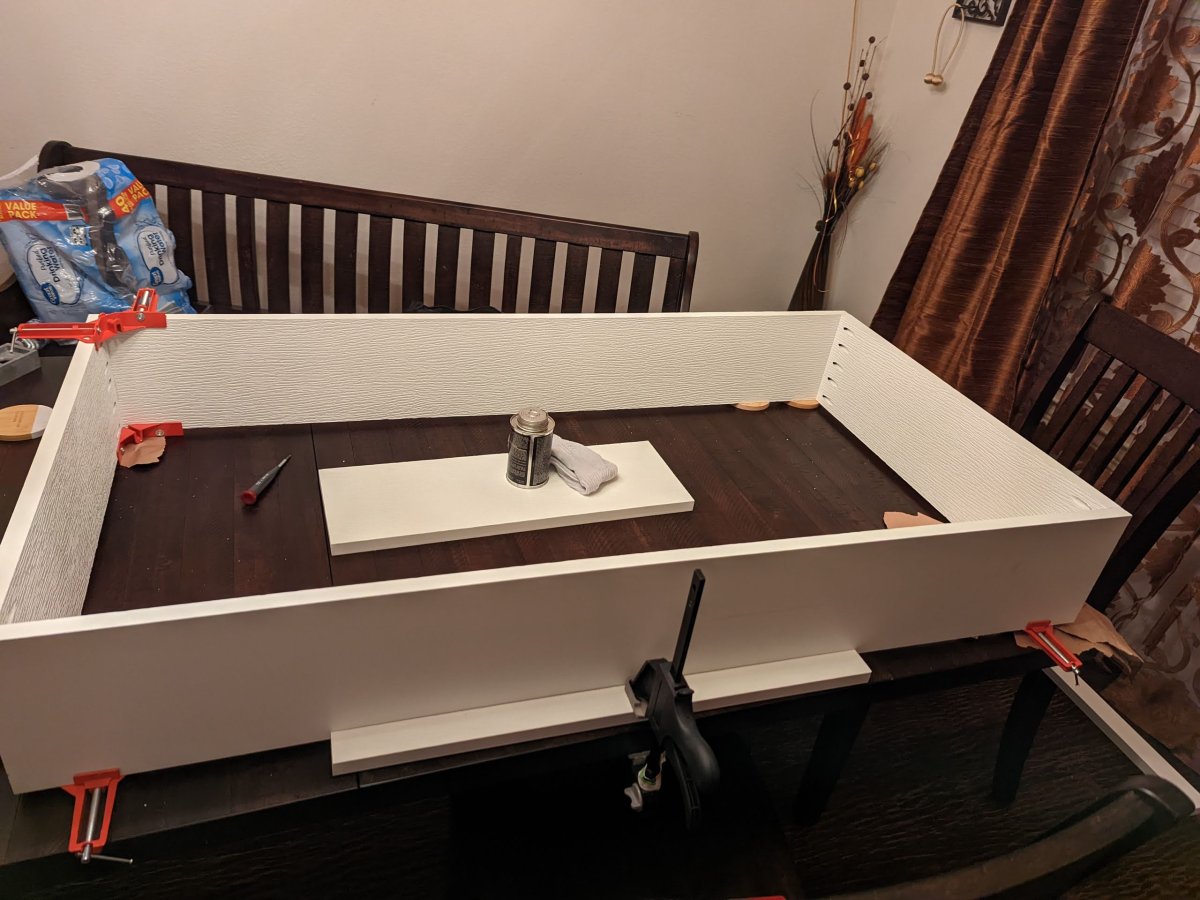 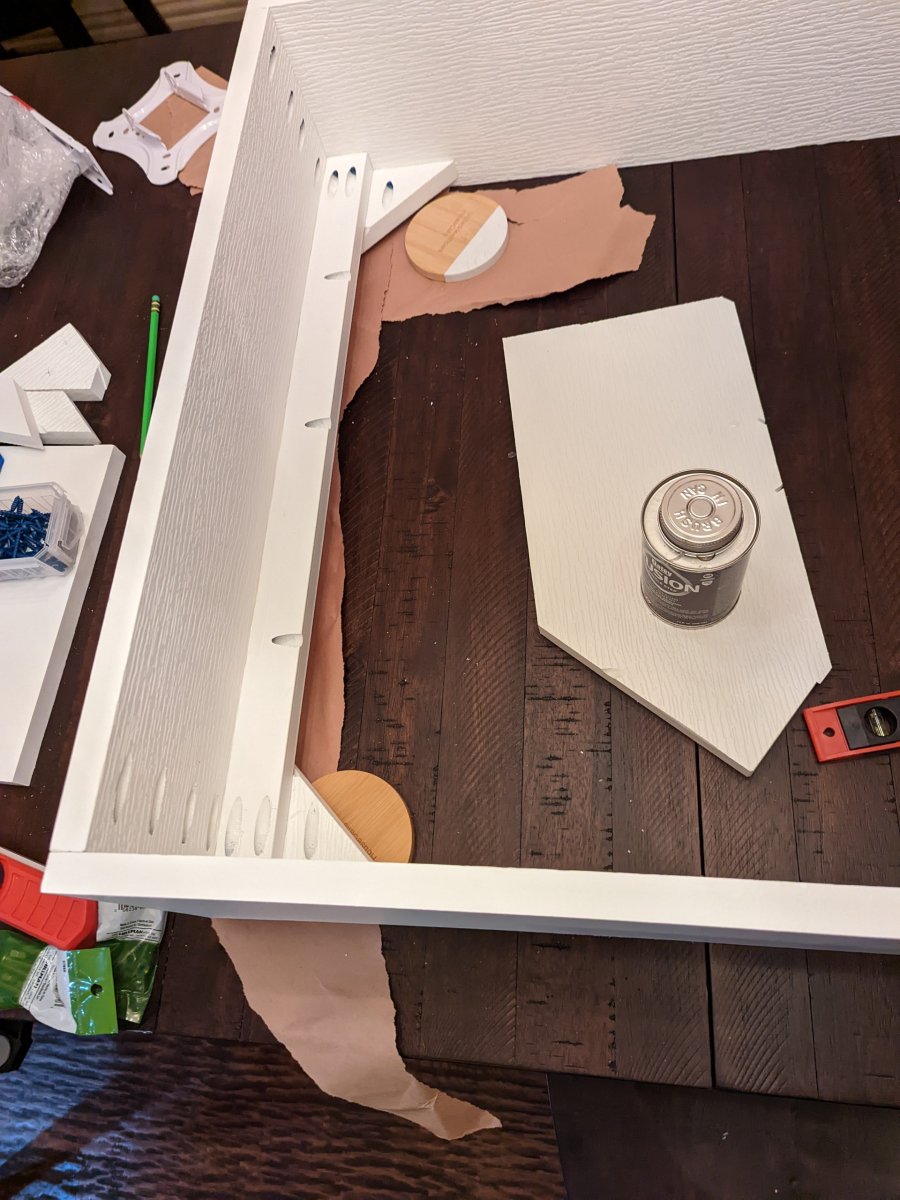 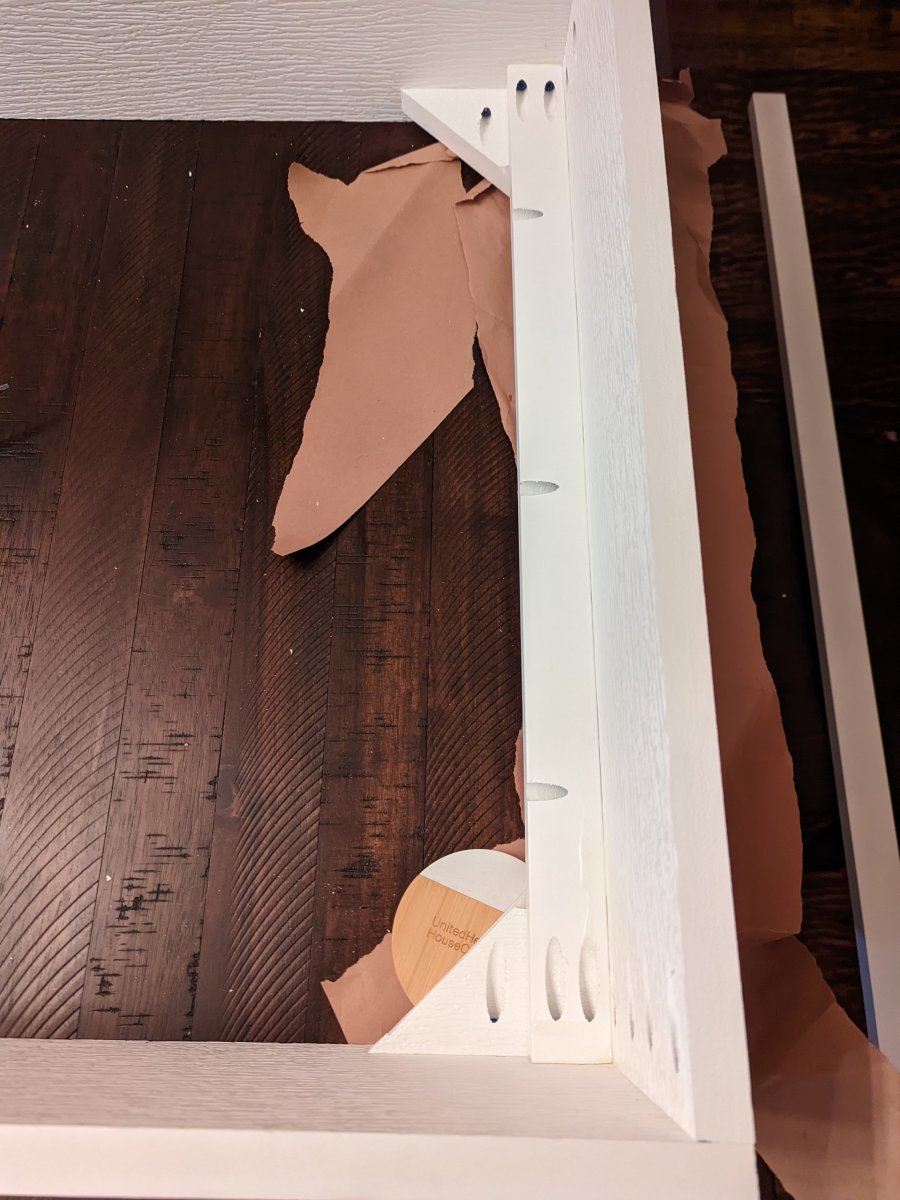 I decided to use two TV mounts for extra support although the canopy was not really that heavy. Since the canopy would be 3" away from the wall I went for the full motion swivel mount. I don't think a full swivel mount is needed as I had to keep it pushed all the way to the wall. 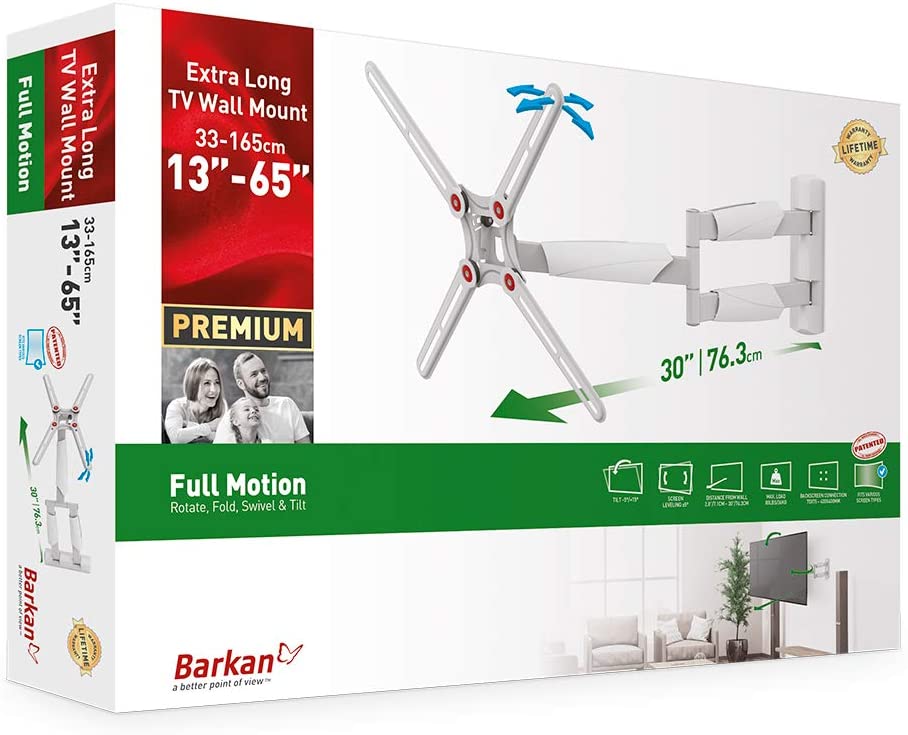 I did not use the long arms that came with the TV mount as the main bracket was good enough. I marked the studs in the wall and figured out the positioning of the brackets on the canopy accordingly, need to account for the height as well. I attached it to the canopy using short machine screws and nuts bought from hardware store. Also, drilled a hole on the side for wires 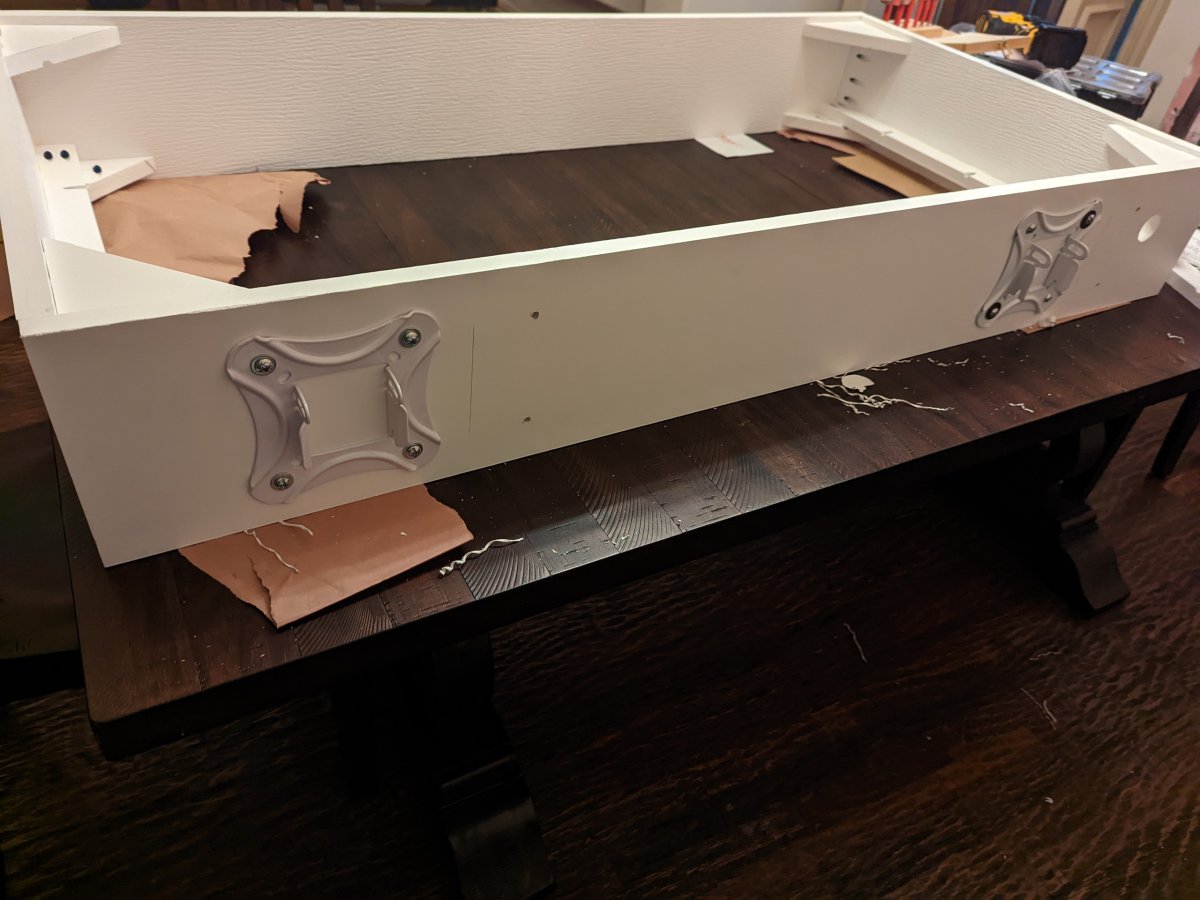 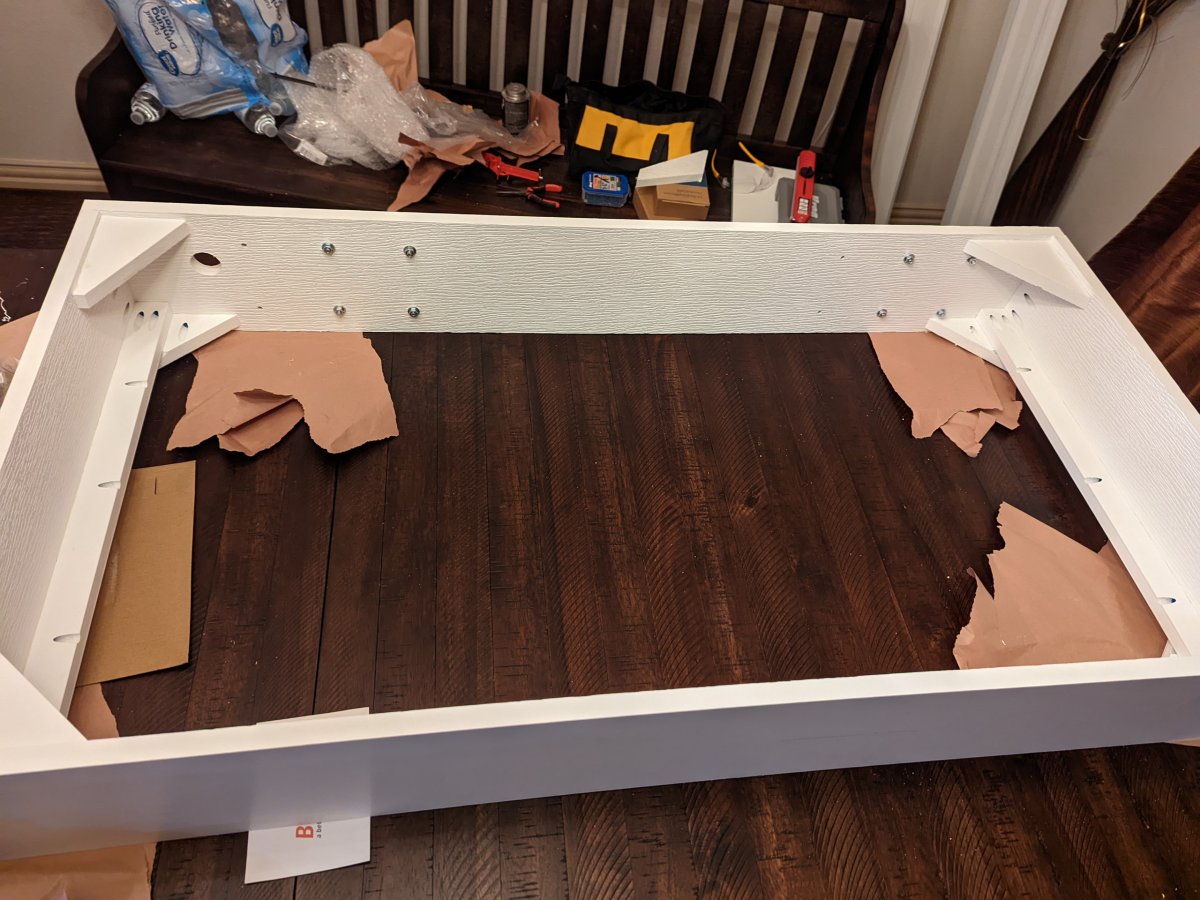 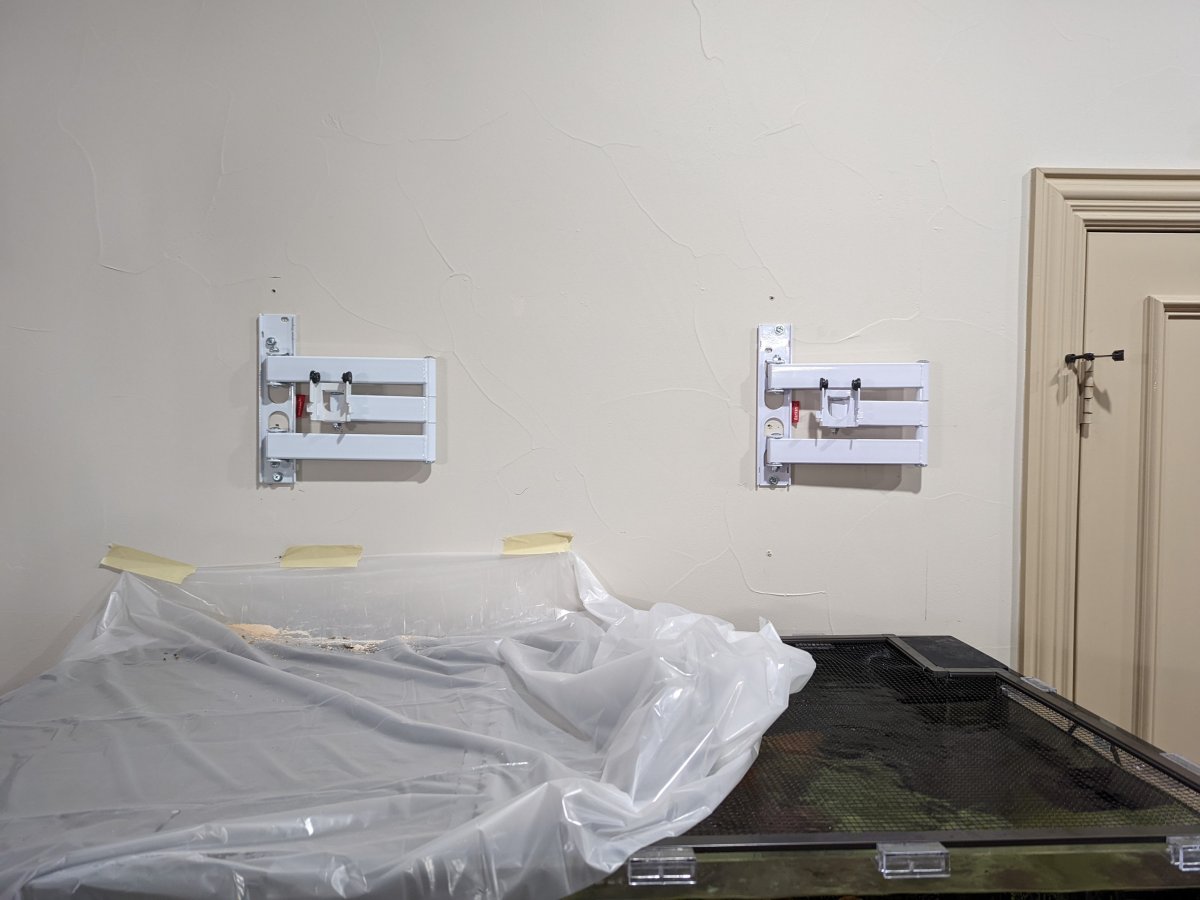 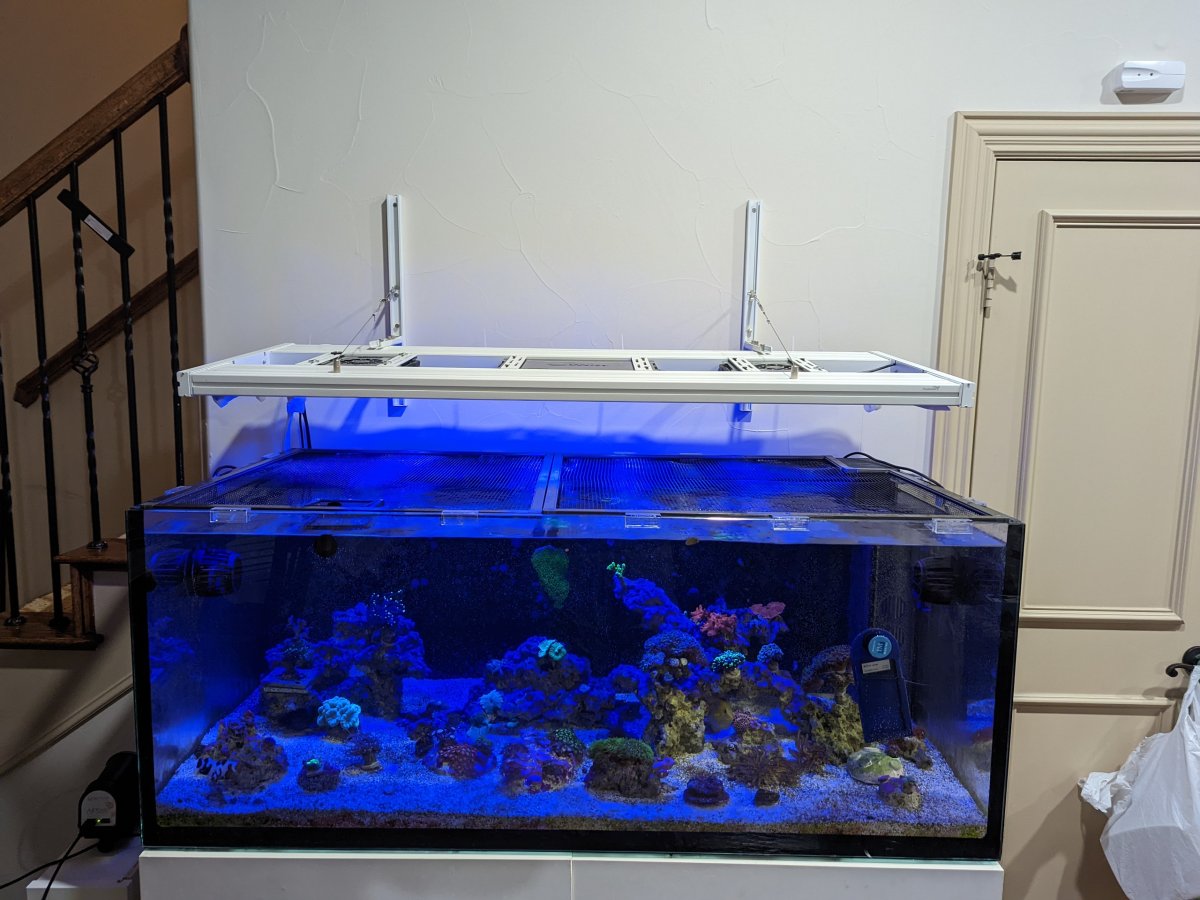 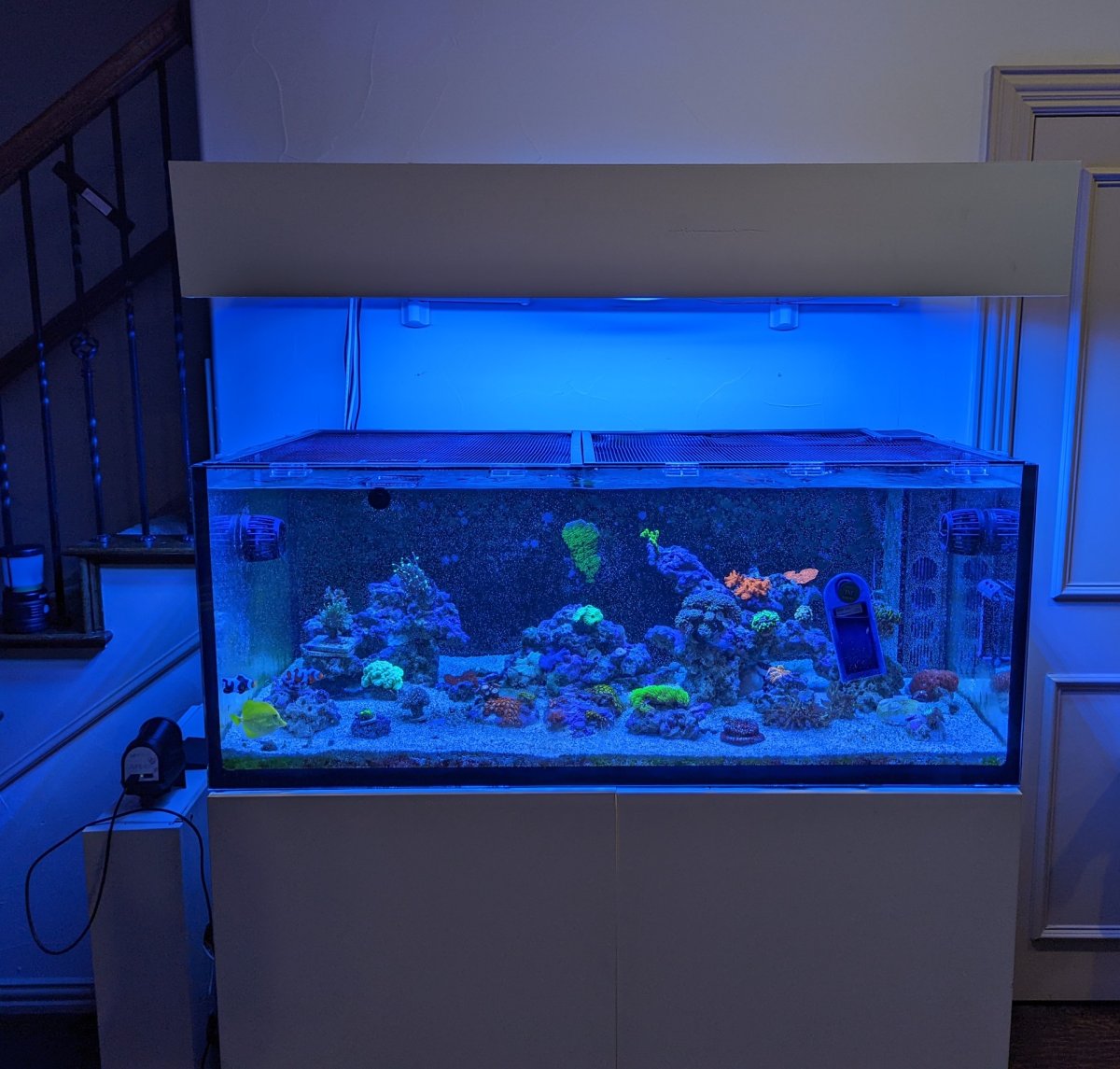 It turned out pretty good, was kinda scary in the beginning as I was not sure if it will stay up although I had used two TV bracket which can support 80 lbs each The canopy and the T5 hybrid along with 2 XR15 and 1 XR30 weight around 50-55lbs. I still need to work on hiding the wires.
Last edited: Aug 24, 2022

Radions in a floating canopy