Don't trust every image you see of coral online

I wanted to point out how easy modern photo and video editing tools make it to boost up the colors of images beyond reality these days. Some phones even do this sort of thing automatically - "vivid color mode" and things like that often just mean set the Saturation to 10000. That really boosts the colors you can see, but if you're trying to show how a coral looks in reality to your eyes they're not the best idea. Cameras can pick up colors that we just can't see with our eyes, and editing makes them visible.

That's saying nothing about folks who purposely mess around with the colors of things to try to make a sale. I think we do a great job of weeding these folks out as a hobby - but they're out there. It's easy to go into an image editor and change just one color to something else - a blue Acropora tort into a purple one, for instance. Or an Acropora with bright green tips into one with bright orange tips. When you get the coral, it'll be "stressed from shipping" and you'll just wonder when it'll color up for you.. never realizing that the original colors you saw never existed anyway.


Here's one of my Acropora, pushed a little bit to show the colors but not really far beyond reality. You can see the coral more or less like this in my tank in person. 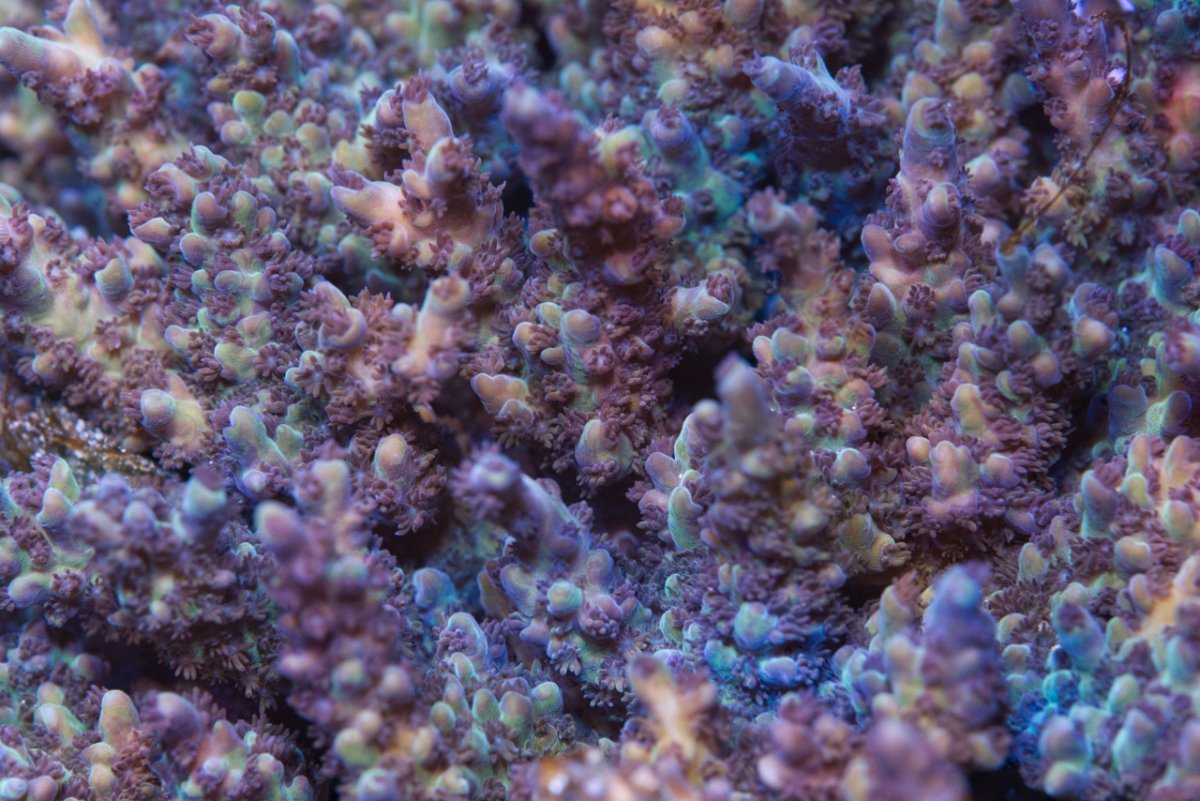 And here's the same image but pushed a lot further in editing. I pushed the contrast, saturation, clarity, and sharpened the fine detail some. 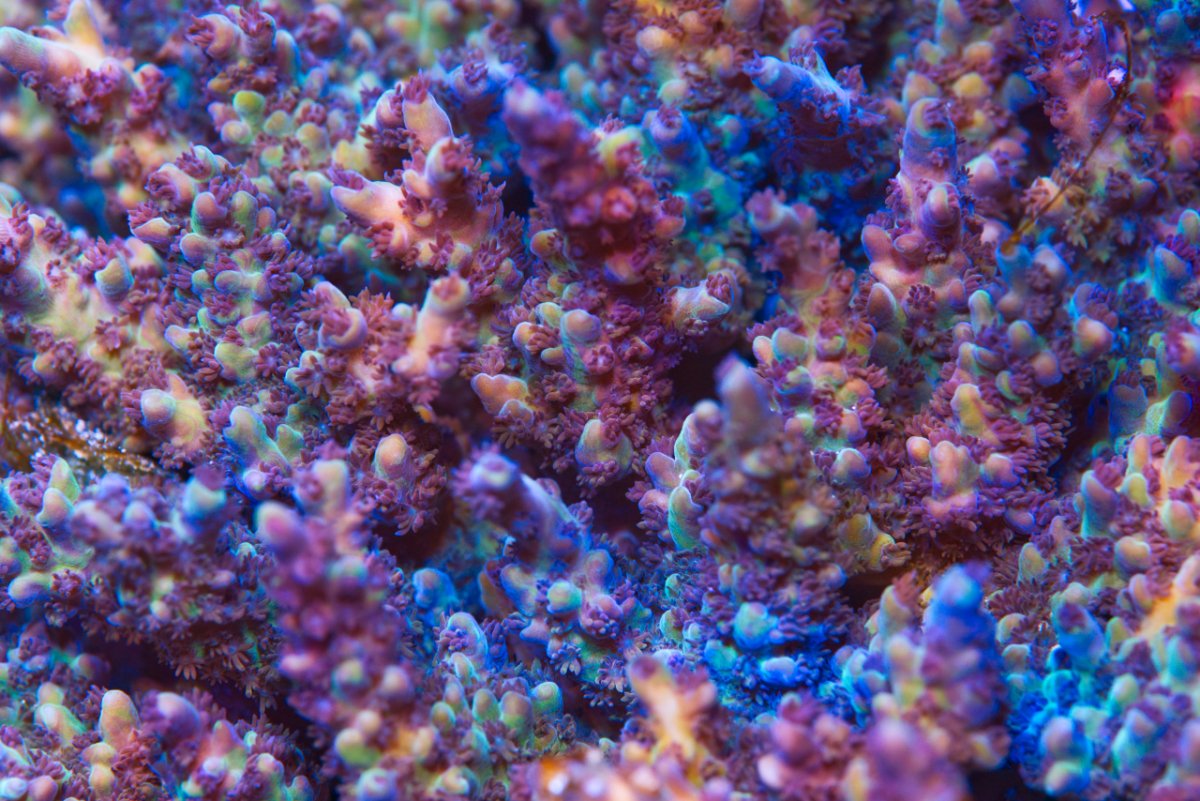 It's the same coral, just with the colors pushed a lot more. It's @inktomi's crazy rainbow acro! You can see how people might fall into this trap, who WOULDN'T want their corals to look like this in photos? And that's fine for build threads and such - but not when we're selling frags. It's not honest to show a photo like that and set up the expectation that you could get the coral to look the same in your tank.

And this isn't even getting into changing the colors in the photo. There are people out there who's entire job it is to work on color in images - if that sounds interesting, look into becoming a colorist! Here's the same photo, but a lot more artistically edited. We're nowhere near reality at this point, but would you notice that if I just posted this photo in a thread? 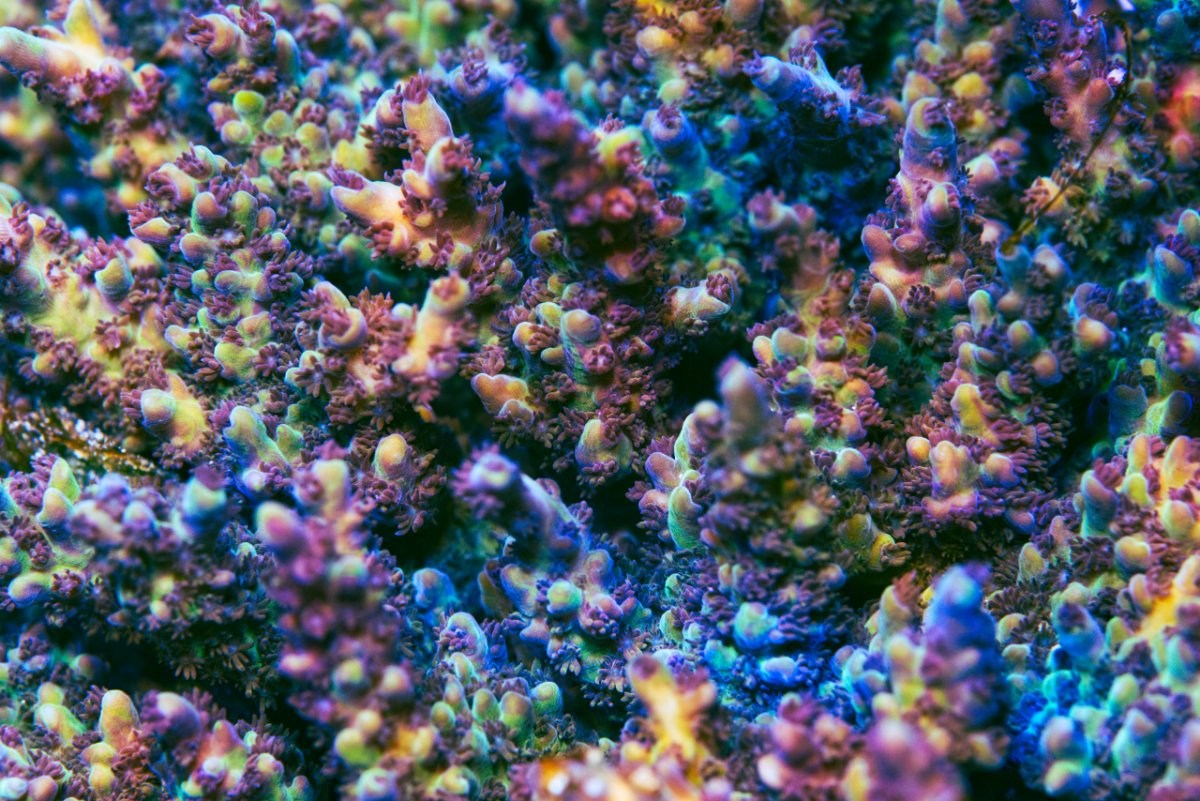 Have you ever seen such a crazy rainbow Acro!?!!?

Some people are truly honest with WYSWYG photos, others not so much. Honesty...
OP

Yea, for sure. Just need to know what's possible so you can find the honest people.

If you notice, in my last photo - look at the color of the polyps themselves. I've never seen a coral with differently colored polyps - that gives away the editing that I did. Polyps should mostly be one single color for the entire coral, at least for SPS.
N

A couple of weeks ago we were having the same discussion about the edited and oversaturated pics that we see online and from lfs.

It's so easy to edit images and make them appear "ultra".

An example I was playing with, below is before and after some editing.. . 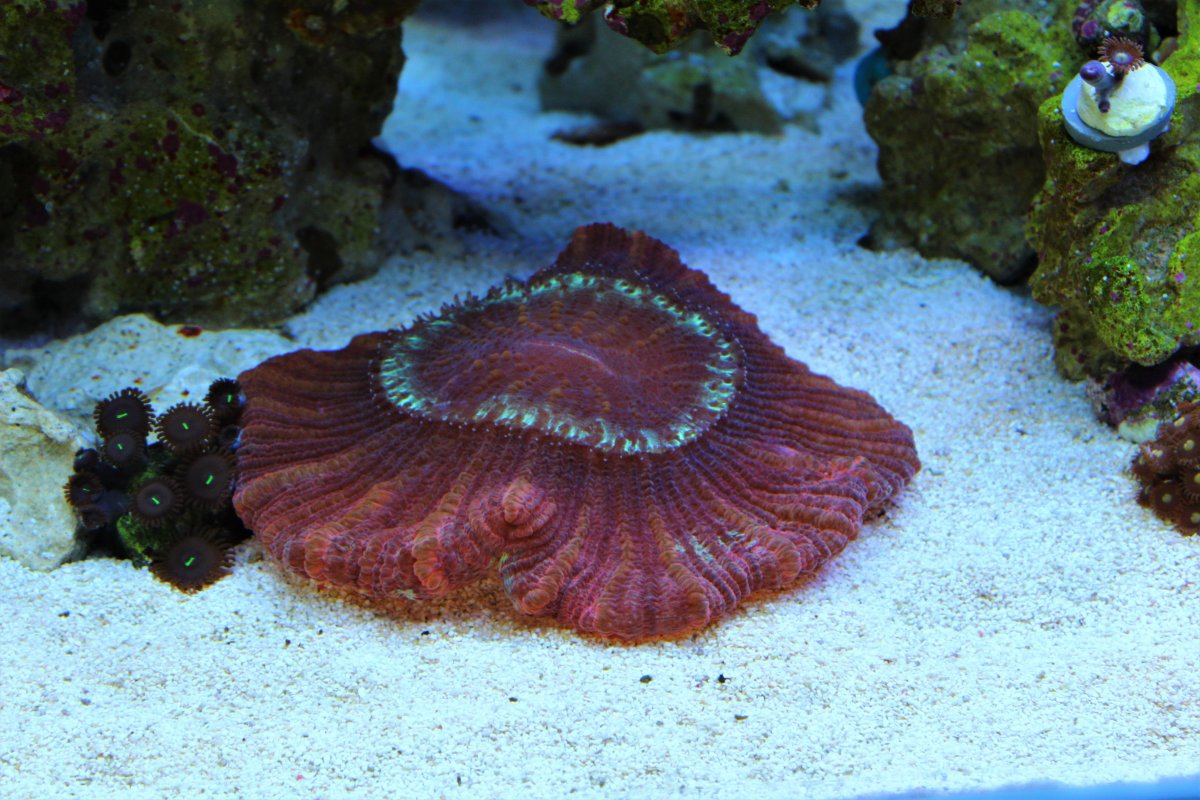 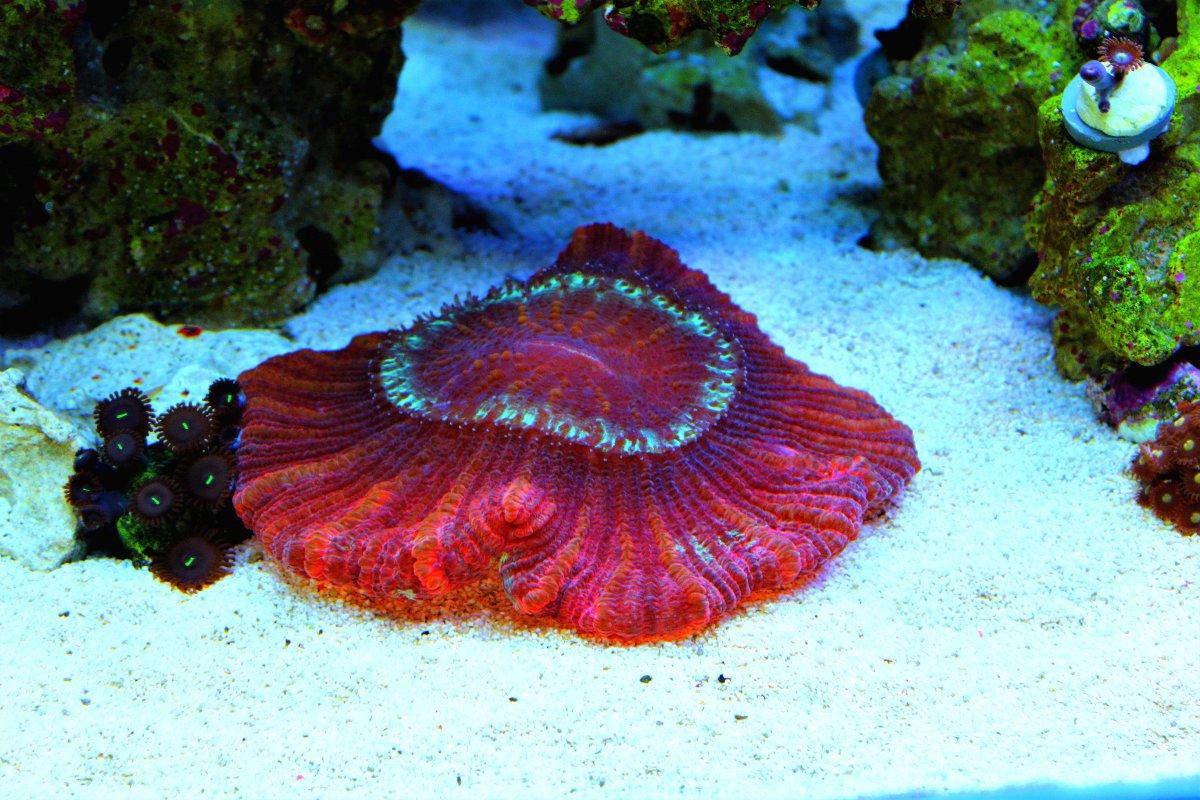 I hate those people selling corals and showing only blue light!

Yea, for sure. Hate might be a strong word, but showing only the coral under actinic light isn't really being fair.

Worth also mentioning, the screen the image is viewed on plays a part too...we all have been in the TV show room and can see a vast difference between the TV image depending on how the screen processes the image and also its settings.

Not to take away from the point of this thread.
OP

This topic is one of the reasons tidal gardens will be one of my go to vendors. They specifically show their corals under multiple spectrums so you can get a good idea of how said corals really look.

Ugh! I won’t name the vendor out of respect, but I bought a Squamosa thinking it looked like this... 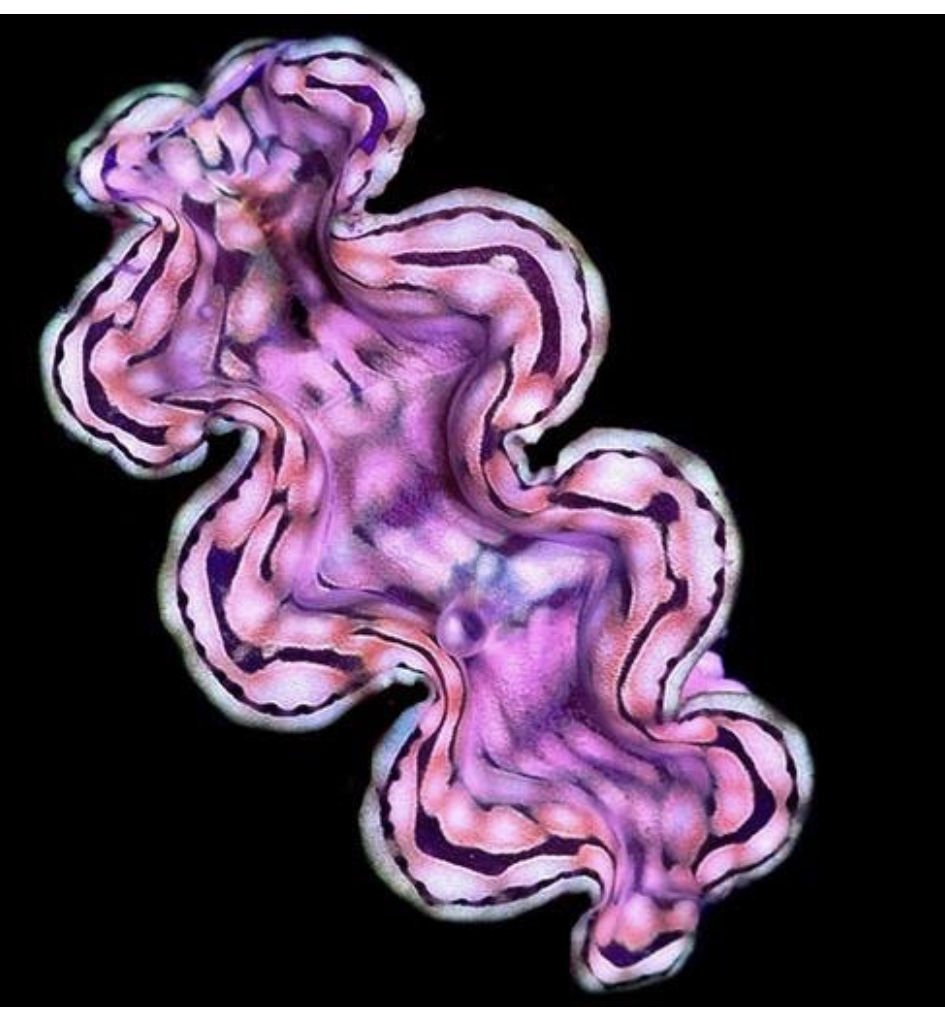 and when I received it, it looked like this... 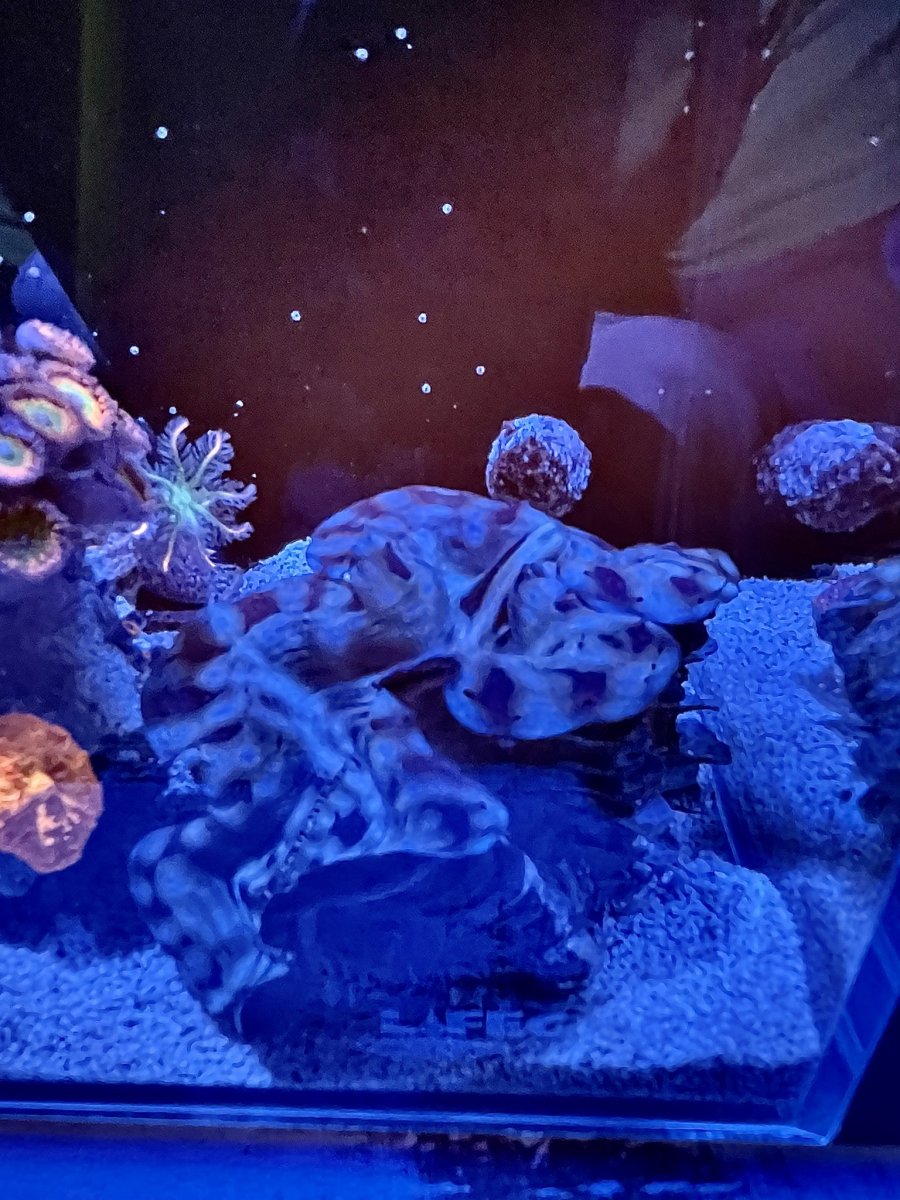 Not at all what I ordered, but still looks really nice. I chose not to call and complain about it.

Always ask the seller for some white light pictures as well. Helps you to see the colours better, a video will also be good.
OP

Most of the time our tanks are lit more on the white end of the spectrum. In my opinion, it's pretty useless to buy coral purely for how it looks under actinic light. Sure, it's cool when things pop early in the morning or in the evening - but most of the day they don't look like that!

BeltedCoyote said:
This topic is one of the reasons tidal gardens will be one of my go to vendors. They specifically show their corals under multiple spectrums so you can get a good idea of how said corals really look.
Click to expand...

When thinking of buying a coral from anywhere I always go to Tidal Gardens to see if they have a white light photo of it. 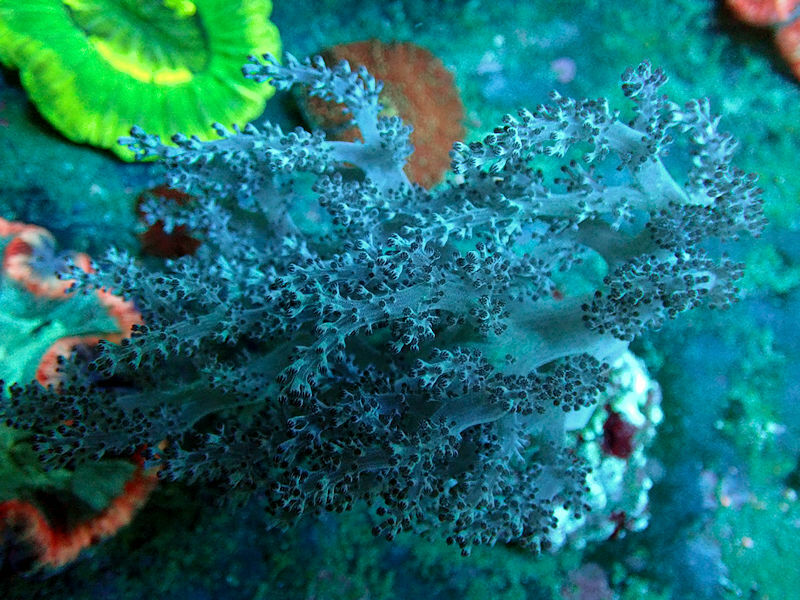 The color of the rocks seems to give this one away, unless teal/green coralline algae is a thing.

Daniel92481 said:
Ugh! I won’t name the vendor out of respect, but I bought a Squamosa thinking it looked like this...

and when I received it, it looked like this...

Not at all what I ordered, but still looks really nice. I chose not to call and complain about it.
Click to expand...

Clams are a bit different though, their colors flouresce more when viewed from above. Whats the clam look like from the top down?

Dragonsreef said:
Clams are a bit different though, their colors flouresce more when viewed from above. Whats the clam look like from the top down?
Click to expand...

More blue and brown. Still a stunning clam, just not what I thought I bought.

Daniel92481 said:
More blue and brown. Still a stunning clam, just not what I thought I bought.
Click to expand...

That's a shame. If youre ever in the market for another clam pacific east aquaculture shows all theirs under white light and unedited

Everything on the internet is true, saying ppl are less than truthful and without integrity is just crazy talk!

QUESTION OF THE DAY Do colorful corals mean you have stressed corals?
2 3

NEW Online Shopping Experience at TSA.. what do YOU think??

QUESTION OF THE DAY Who's got the BIGGEST coral? BREAK OUT THE MEASURING TAPE!
2 3 4 5