Hi there, I have two little Duncan colonies (same types of Duncan) in my nano, and have had them both for about a month. They're right next to each other and are basically treated the same way—similar flow, light, target feedings, etc. However, one has recently started to close up and lose some of its vibrance, while the other Duncan—and all other corals in my tank—is still doing great and is happy. They both looked exactly like the "happy" one 4-5 days ago.

My water parameters look good, I don't see any tissue receding from the "problem" Duncan, I don't notice any pests, and I only have 3 blue-legged hermits, two clown fish, a fire goby, and some snails, so nothing is eating or nipping at it.

Any suggestions on what could be going on? Maybe a parasite or something? I was thinking about maybe giving it a dip in Coral Rx and seeing if that does anything, but also don't know if it's just going through a phase, or might do this when more heads start to grow? 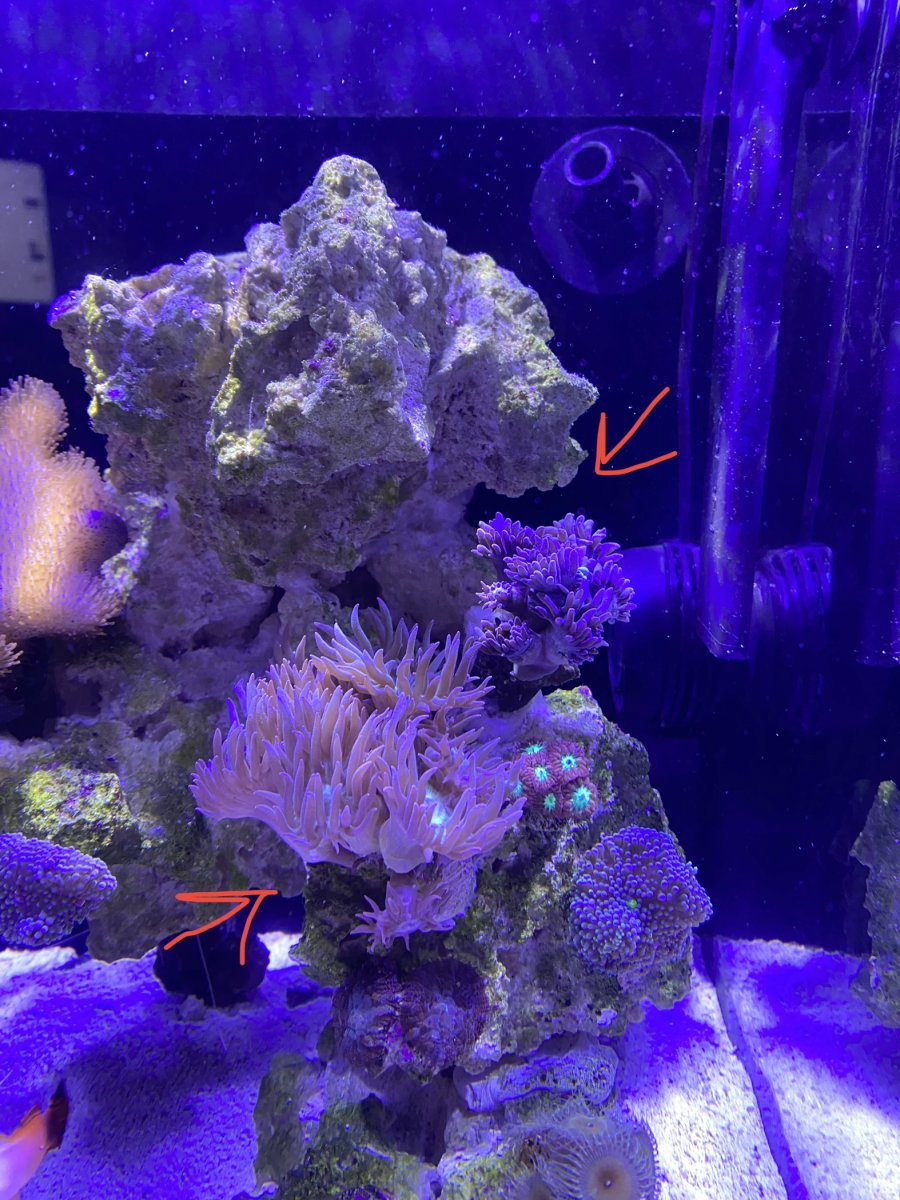 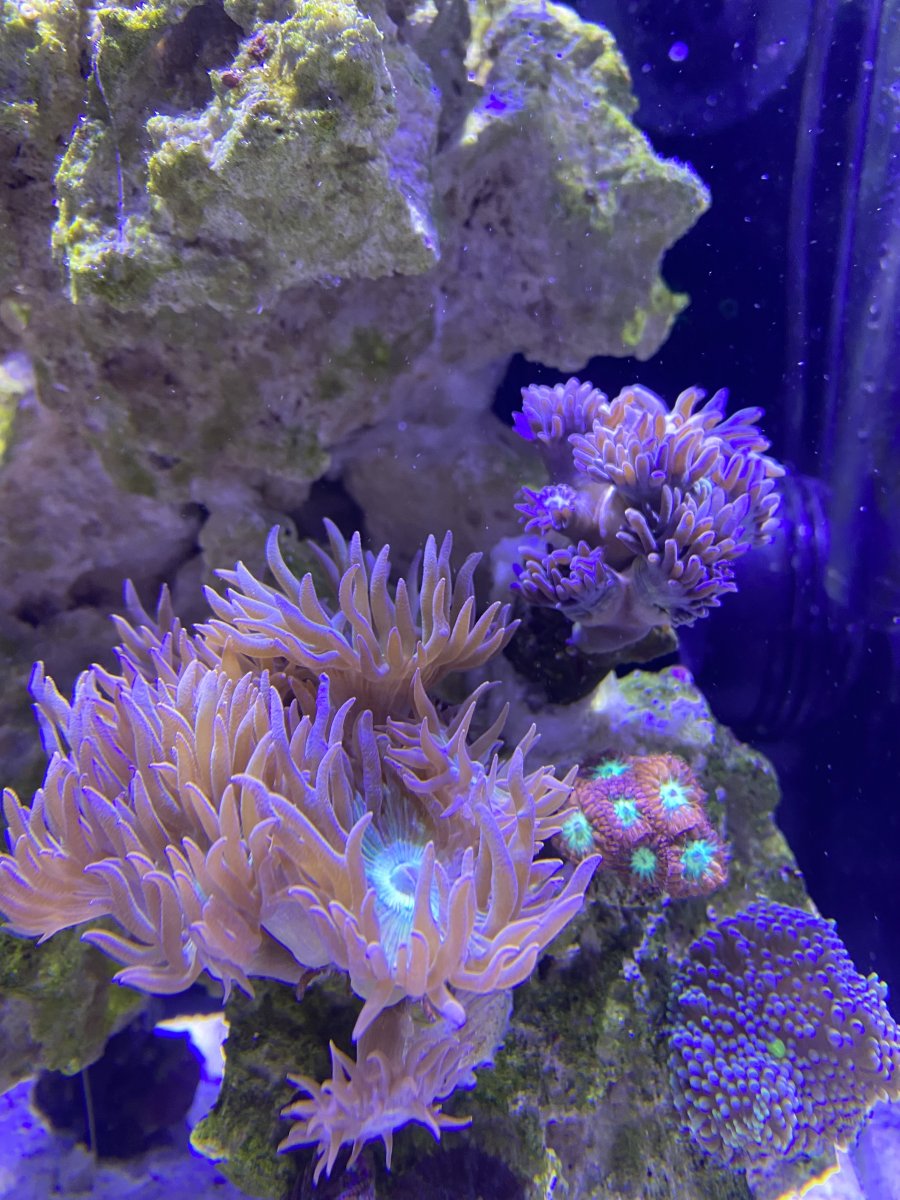 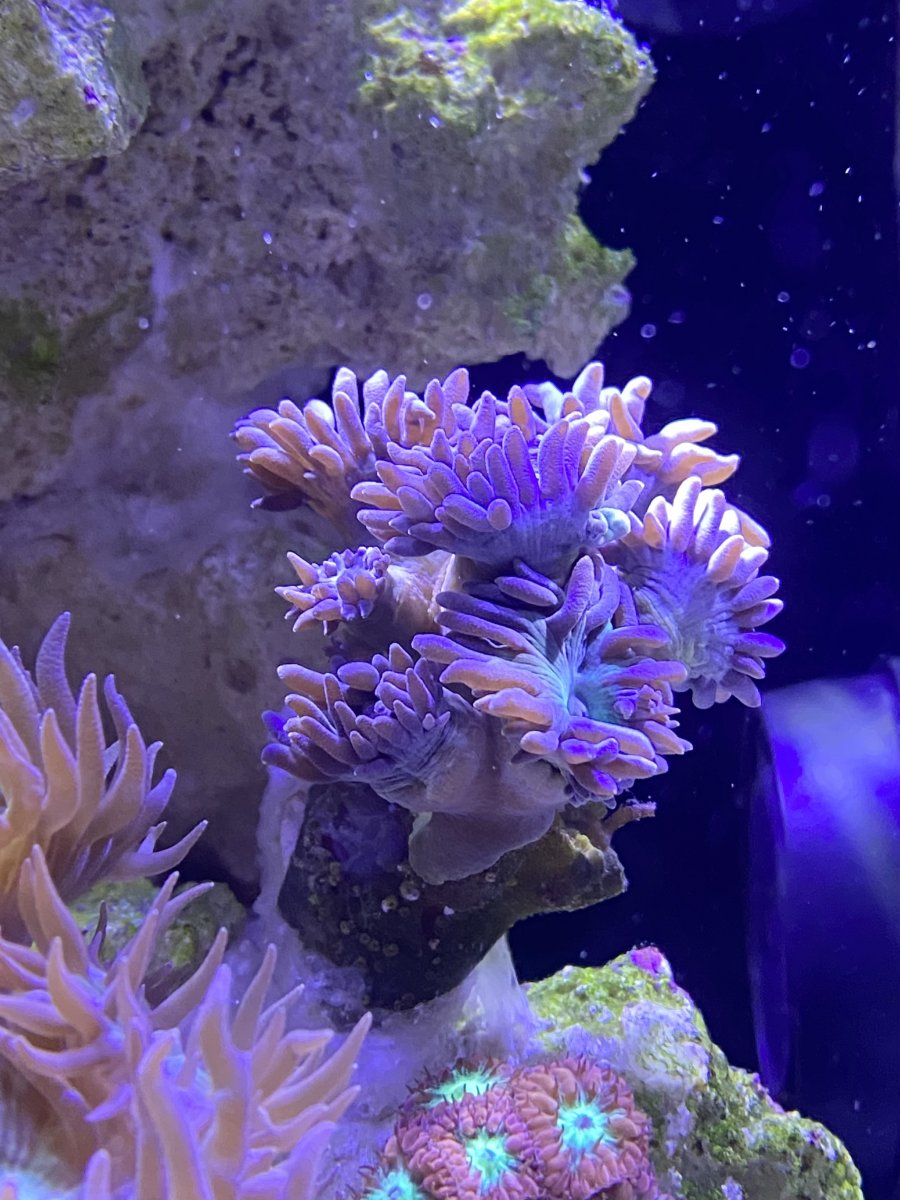 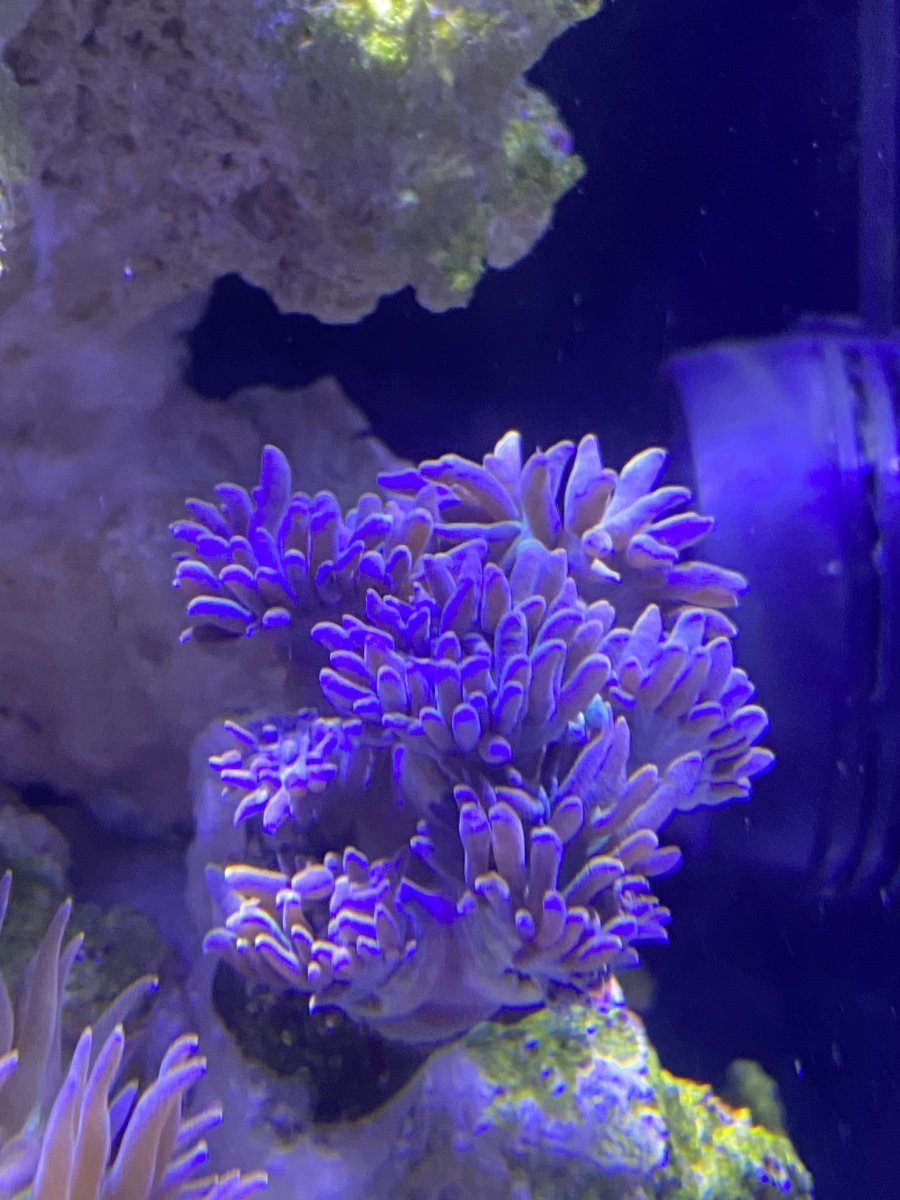 Looks like it may be getting less light...or at least different light. Just a thought.

Agree, sometimes it takes a month or months before a coral starts to show its distress. It's also closer to the powerhead.
L

It might just be the picture angle but it looks very shaded. Mine likes light.

Just because it's in the same tank doesn't mean everything is the same. Some have already mentioned light, I'll mention flow. Watch the circulation around the colony, isn't excessive?

Completely understand about the flow and lighting...

This is the last video I had that showed some of the Duncans and it's from Monday evening. I don't think the flow is too intense, as my Nero 3 is operating between 5-20% power, as well as a picture below from Nov. 4th that shows the Duncan doing fine (I just moved the other one up a bit a few days later).

I'm going to roll with the belief that it's just taken a bit of time to show distress, or something else might be up. I'll try placing it in different part of the tank and see what happens. 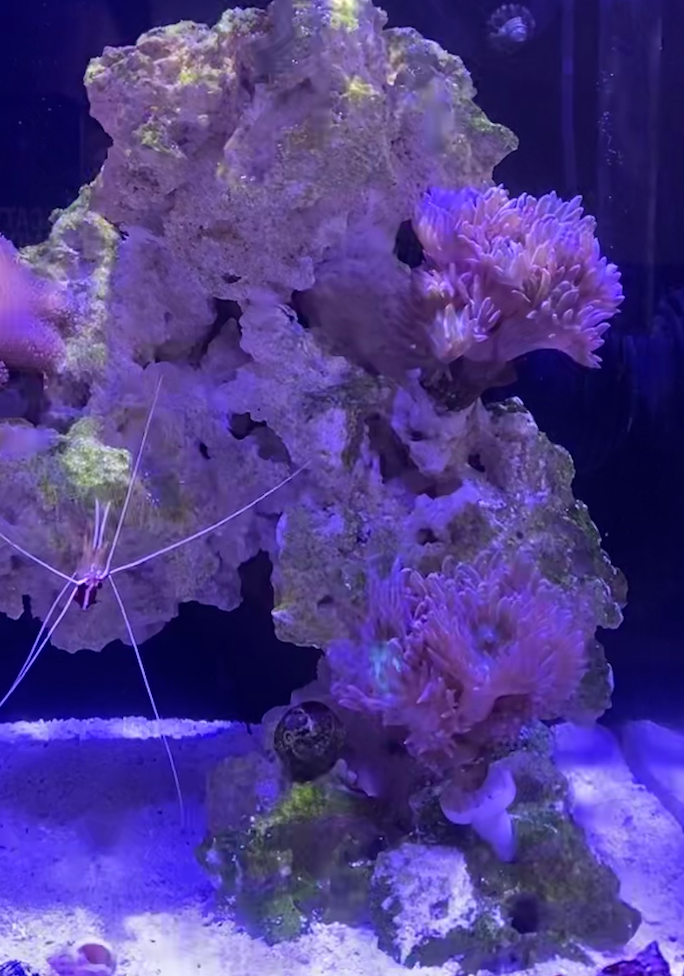 What are your phosphates? If they’re super low, that could be the issue, I also have two Duncan’s and one closed up for around a month and it was because my phosphates were non-existent. The other Duncan was fairly new and so it hadn’t reacted yet (remember that coral react to some changes or issues very slowly, it can take weeks or months for them to visually show something is off). As soon as I started dosing phosphates, it perked back up and has been doing great since. I wouldn’t start dosing phosphates unless you have a prolonged, consistent low or undetectable amount, but that could be something to look out for. That said, it doesn’t look too unhappy, but there’s definitely something bothering it. I wouldn’t remove it and dip it quite yet, that can be very stressful. I would keep testing and log the results, maybe slowly lower or increase the flow (they should be in constant, gentle motion), and also try to ensure it’s getting unobstructed light (you want to try to avoid moving it, but if that’s the only way to get it more light, you may have to). So long as you’re not seeing any tissue recession it’s okay, just slightly unhappy.

What do you dose for coral food?
OP

Lavey29 said:
What do you dose for coral food?
Click to expand...

Red Sea Reef Energy AB+ for aminos and then Reef Roids, usually 2-3x per week. I tried out some LPS pellets a bit ago, so maybe too much food or different kind that caused the reaction.

I'm going to to hold back on feeding for a few days and monitor Nitrates/Phosphates and see if there are any fluctuations and how it reacts. If still the same, I might move on to moving it to give it some more light.
D

rwreef said:
Looks like it may be getting less light...or at least different light. Just a thought.
Click to expand...

More light and flow will produce the whisker effect. Lower light and flow makes them stubby. Some of mine half the heads will close for a few days for no reason and the other half of the same colony will be flowing in the current. Good luck. Your duncans will grow fast when happy.

What kills a Duncan?