I moved to Charlotte this last summer, bought my first house, and did a full gut renovation on a 1930’s home. I promised myself that I would set up a tank in my own home (I have major ptsd from running tanks in my moms living room) so here we are!

Tank: Elos 120xl (diamond line)- I found an amazing deal locally from a hobbyist that never set up the tank. It was in pristine condition - he never removed the plastic from the tank. Great guy - he helped me move it into my home. I’m very thankful! 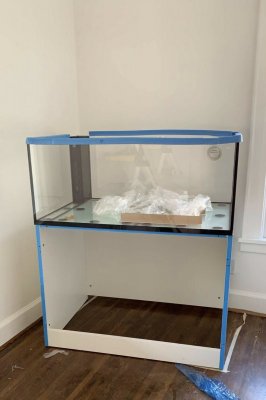 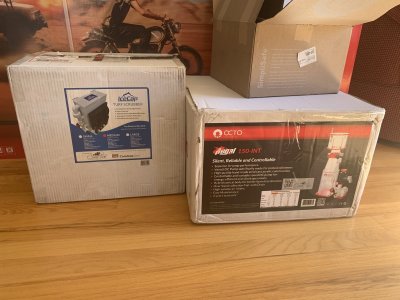 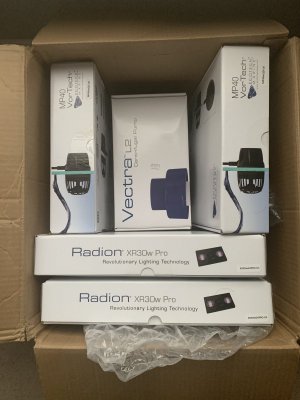 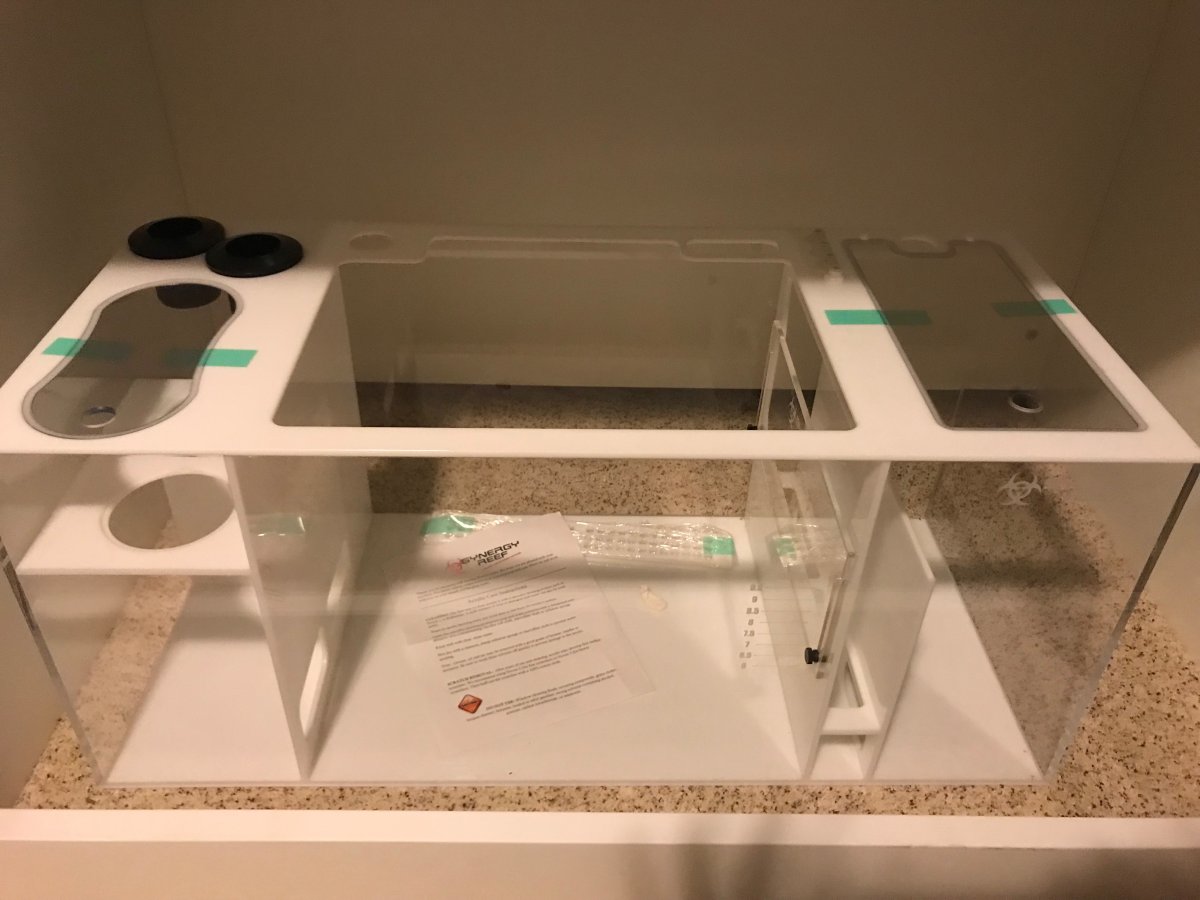 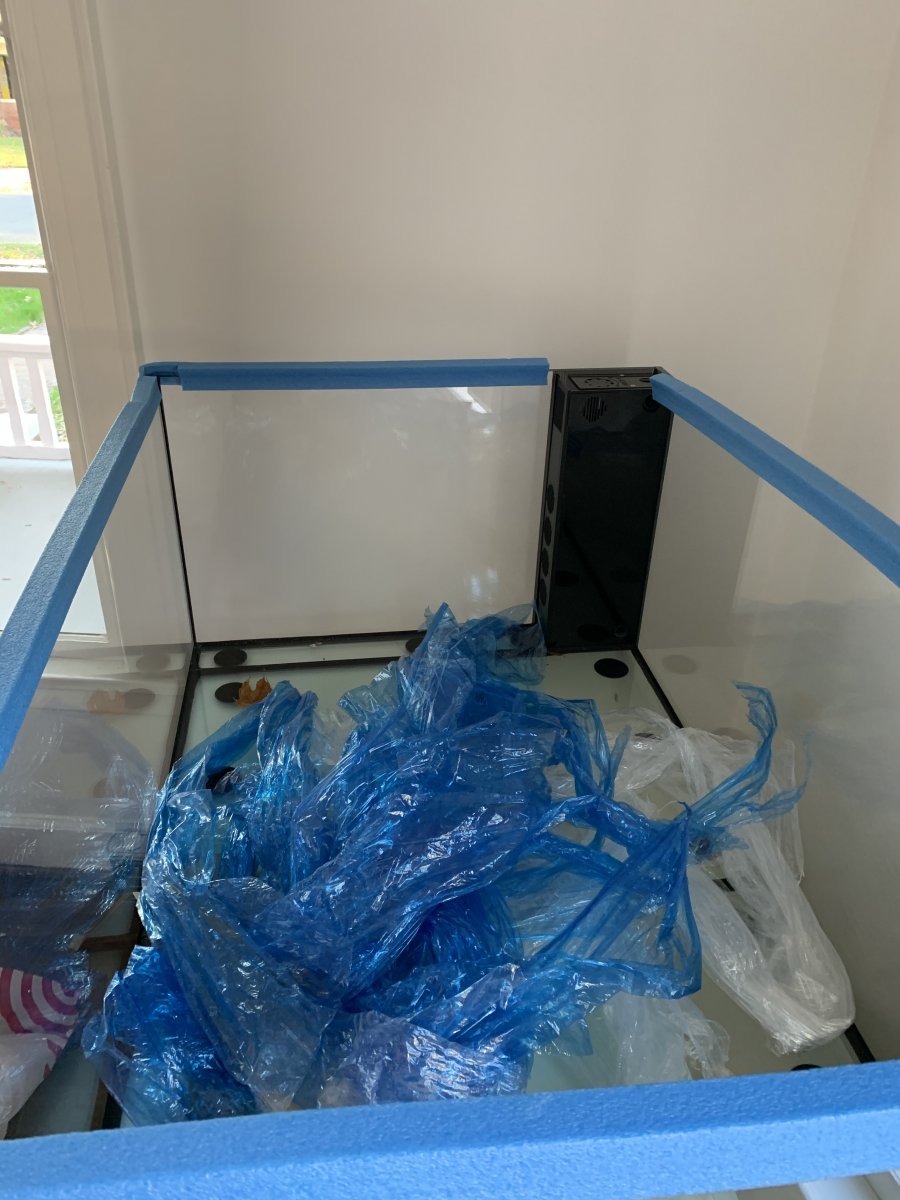 Man i cant wait to get this up already. Love these dimensions!

So my sump doesn’t have a refugium. I purchased an ATS. Do y’all think I should plumb one into my system?

Thoughts on how i should hang my lights? I’d prefer not to hang from ceiling.

Thanks! My first grown up tank. I don’t think I’ll do the RMS tank mount. Definitely want to hang. Debating on one of these or hanging from a shelf.

could use some help here - I just noticed the tank doesn’t sit on top of the stand flush as shown in picture. Am I in trouble here? 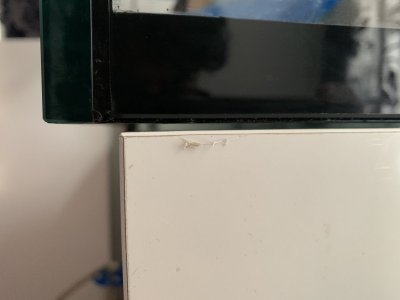 I think it needs the support... Not an engineer but maybe shims?

Idk this is making me super nervous. I can try leveling it better.

hello, i think we fix this by phone .
we are located in columbia SC , not o far away from Charlotte , if you need help
I'd be happy to help you.

Yes we did thank you! You are very helpful!

ELOSAmerica said:
hello, i think we fix this by phone .
we are located in columbia SC , not o far away from Charlotte , if you need help
I'd be happy to help you.

- picked up two orange storms locally. I have them setup in a 5gal with a peppermint shrimp.

-my house was built in 1938, so there is plaster behind my Sheetrock. Took forever to find a stud but managed to get it done! I’ll be hanging my lights when I get home from work.

-goal is to have water in the tank by the weekend!
OP

Well it was not easy, but I got it done. Light mounted! 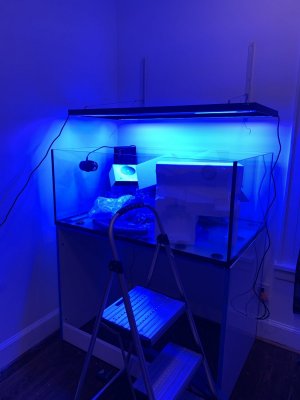 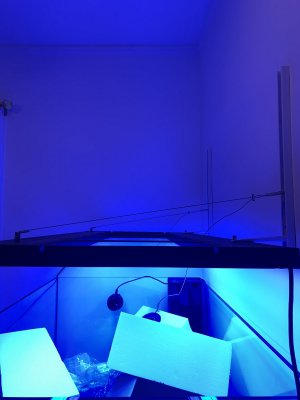 Kind of annoyed light is not centered front to back. Idk if I’ll keep these wall mounts.
N

I use to have an Elos 120 and you have to shim from under cabinet at floor. Don’t shim tank just FYI. Not sure if you got that done but went through same thing
OP 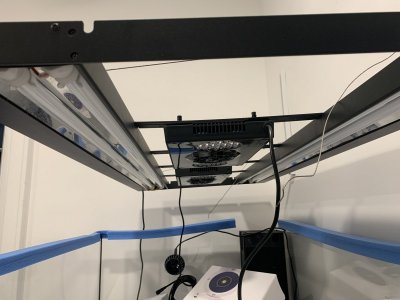 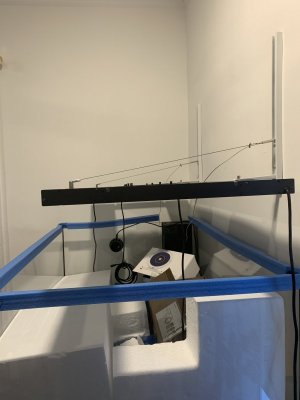 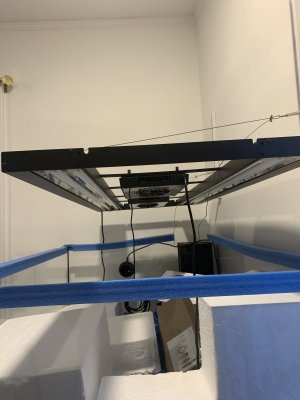 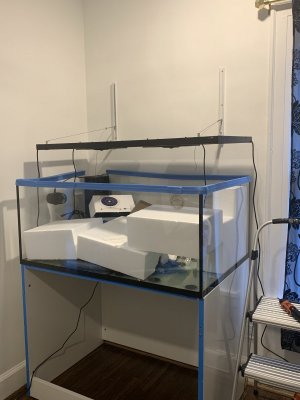 Got some work done these past few days - laid some pond liner down, started hiding wires, made 200g of water (should only need about 160), and got some dry rock. Didn’t hook everything up to the sump just yet. Kind of nervous about the return pipe that came with the tank. It slides on pretty easily so just concerned that the pipe isn’t the right size. Going to give Francois a shout in the morning to confirm. I could always get hose clamps.. 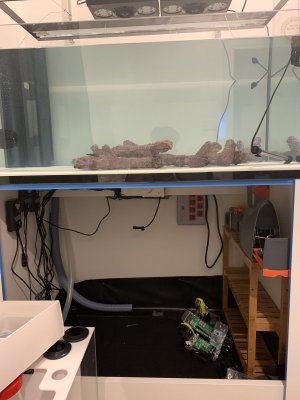