I am doing much better! Only need the cane for balance now.

Unfortunately, I am still on restrictions but, I can drive now.

Saturday will be a work day on the building. I have a buddy installing the minisplit, another working on insulation and a third on paneling. The boys and their buddy are coming to move stuff around to make room for the work.

I finished assembling the 55 stand and light rack. Turned out fantastic. Wish I had used 3030 on the 75 stand.

I got a new desktop CNC, a 10 watt laser engraver and a resin printer. I am going to have to sell some stuff to make room!

I lost a few SPS in the 75. Had a spike of alk. I calibrated the doser to see if that was the issue. It's not. I really don't know what happened. It was steady at 30ml a day of all for reef and the alk was steady at 9. Makes no sense at all but I tested alk with hanna and salifert and they were close to each other at around 12.9-13! UGH! I had my son do a five gallon water change each day for 5 days with IO since it runs low on alk and shut off the doser for those days. Alk was 9.3 this morning. Going to leave the doser off today and see what it is in the morning. I am pretty bummed about the corals. I finally had good growth on the slimer, monti caps and electric lemonade anacorapora.

I am seriously considering doing only softies and lps in the 12 foot tank. Along with the couple surviving SPS. That way, I am pretty sure, the AWC and possibly kalkwasser can keep up. If I decide to do this, I am going to sell my ap700s and 360x move to smaller light units.

Happy to hear your are doing better! Have a great day!
OP

Lowell Lemon said:
Happy to hear your are doing better! Have a great day!
Click to expand...

Thanks my friend. I plan on enjoying them all now.
OP

I have been trying to figure out a way to mount led strips to the back of the freshwater tanks for backlighting.

After a little bit in TinkerCAD, I came up with these mounts that bolt right to the extrusions. 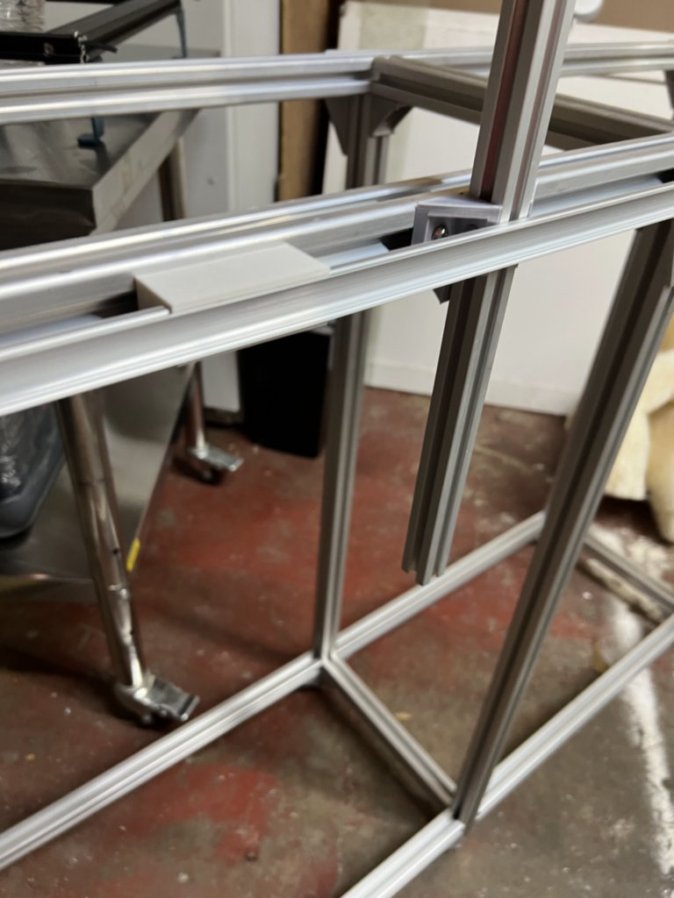 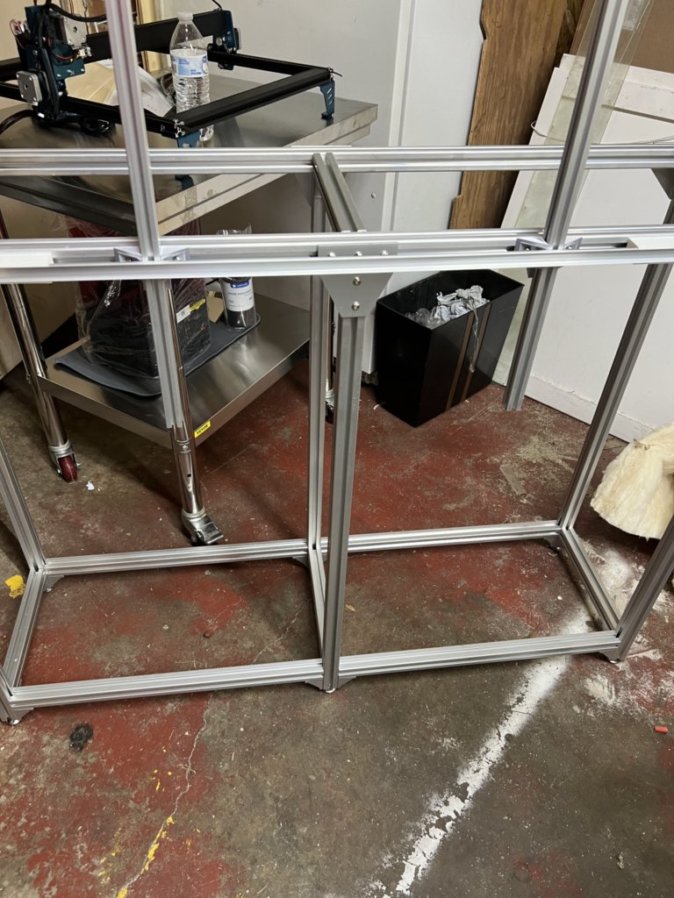 They hold the aluminum strip that can have a diffuser on it. This allows the strip to clear the light rack as well.

I will cover the backs of the tanks with frosted film. The light will bounce off the wall and onto the film creating a backlight.

I have the film on order.

I am pretty pleased with how it's going so far.

What are you planning to use for the back lights?

Sean Clark said:
What are you planning to use for the back lights?
Click to expand...

The aluminum strips come from vevor.com

I bought a case of them because it was cheaper than buying just a few on amazon. So, I will build a really cool looking L shaped overhead desk light too.
OP

ok, got the strips cut to size and the diffusers in place here are some test colors. 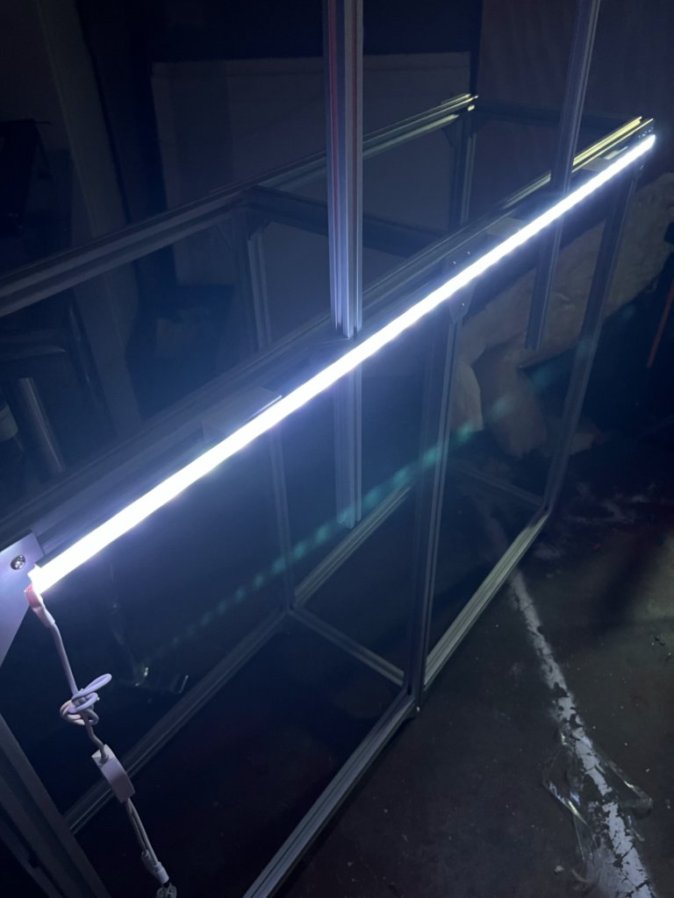 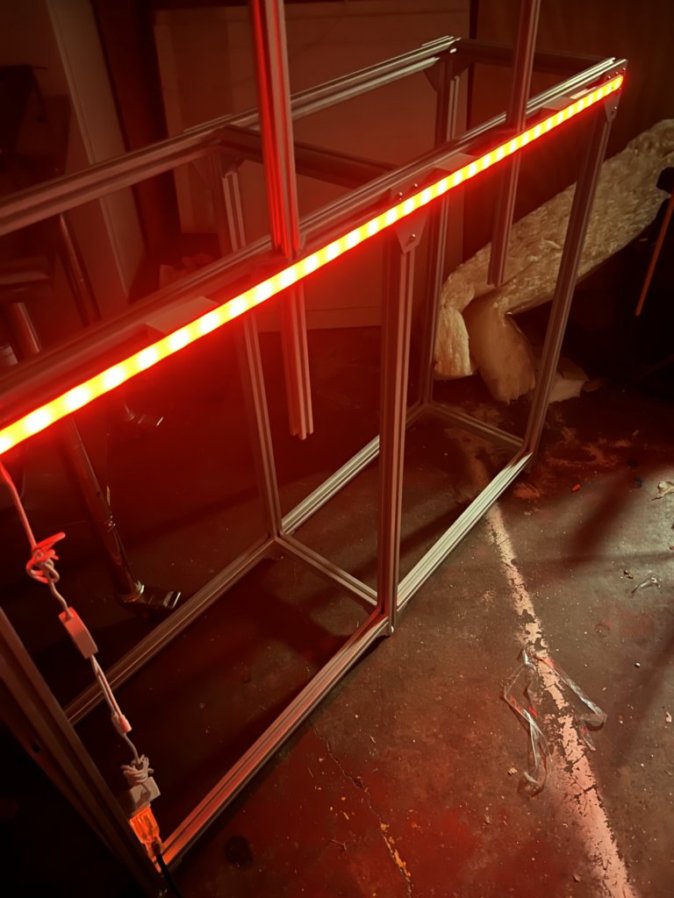 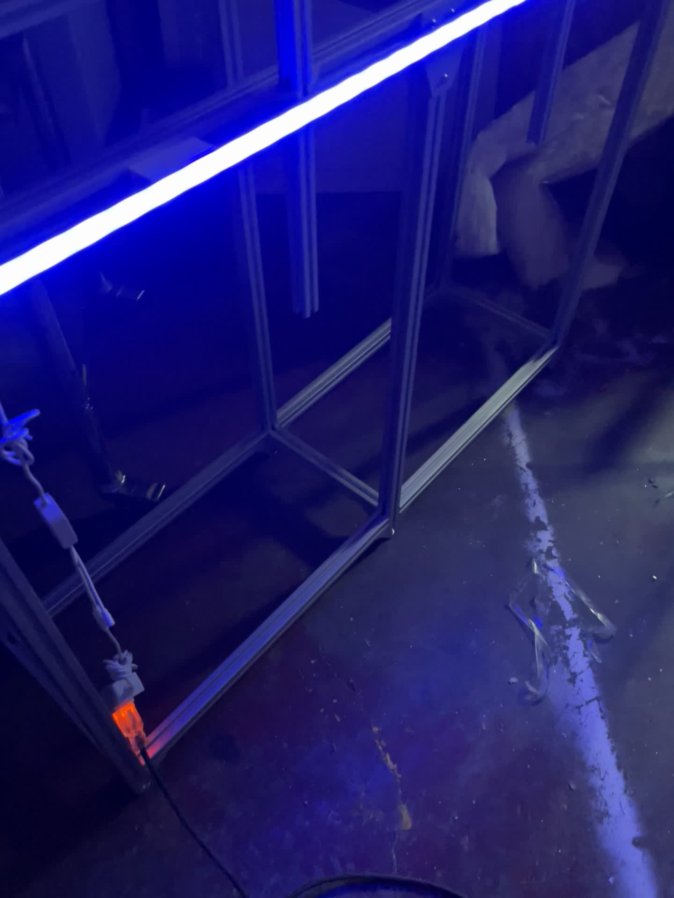 If you notice, in the one pic above, I now have a laser engraver and a resin printer. Haven't used either one yet. Too busy getting ready for everyone to come over tomorrow. I got all this stuff for doing work for the distributor. It's nice to have connections.

This coming week I plan on learning how to use both. I also got a new 3018 cnc. I have one already that i bought an expansion kit for, right before I was promo'd the new one. So I am going to set the new one up to mill aluminum and the other one to do larger pieces of acrylic and plywood. Should be fun.
OP

Cleaned up a bunch of stuff, finished the brackets for the 75 backlighting and am almost done with the insulation.

Hopefully, my buddy will get the minisplit in today. It's stupid hot in the room right now.

Actually got more done already than I planned.

Vacuum pulled on the mini split waiting for the rest to finish and fire it up!

I am going to rest now.
OP

now when we work out there we won’t sweat to death.
OP

I am debating putting a plywood top on the extrusion stands. Both tanks are standard plastic rimmed.

dantimdad said:
I am debating putting a plywood top on the extrusion stands. Both tanks are standard plastic rimmed.

I am torn on this. My first though was no way keep it as clean as possible, but then I started thinking that it could be useful as a surface for mounting/organizing things under the stand.
OP

Sean Clark said:
I am torn on this. My first though was no way keep it as clean as possible, but then I started thinking that it could be useful as a surface for mounting/organizing things under the stand.
Click to expand...

Well, I went and priced plywood. Dear lord! No way. Guess I’ll be leaving them without.

I have enough to do the top of the dual stand but not going to be buying any more any time soon.

Well, just when everything was going better... 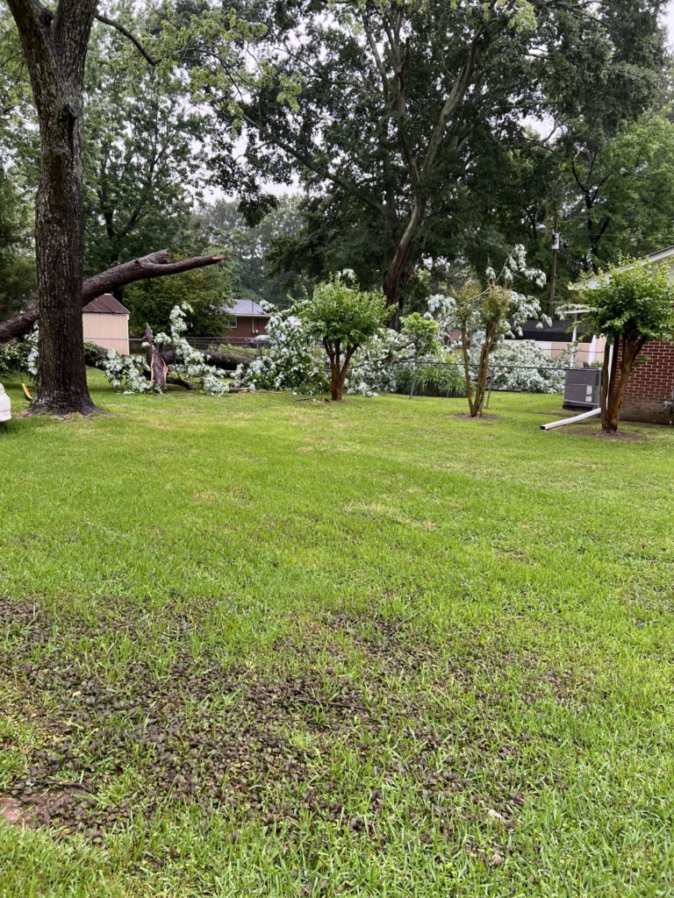 Tore up my neighbor's fence and just missed their patio cover.
OP

Most of the tree is cleaned up. The huge trunk part is left. Need a much bigger saw to do that.

Looks like the fence isn't a total loss. 4 posts and 20 feet of top rail and it should be fine.

It literally was so close to smashing their house that it left leaves and a small branch scraped off in the brand new gutters!
OP

I have been designing more and more in TinkerCAD.

The led spotlights I decided to use for the planted tanks put off one heck of a glare.

So I designed a shroud. Here is the difference: 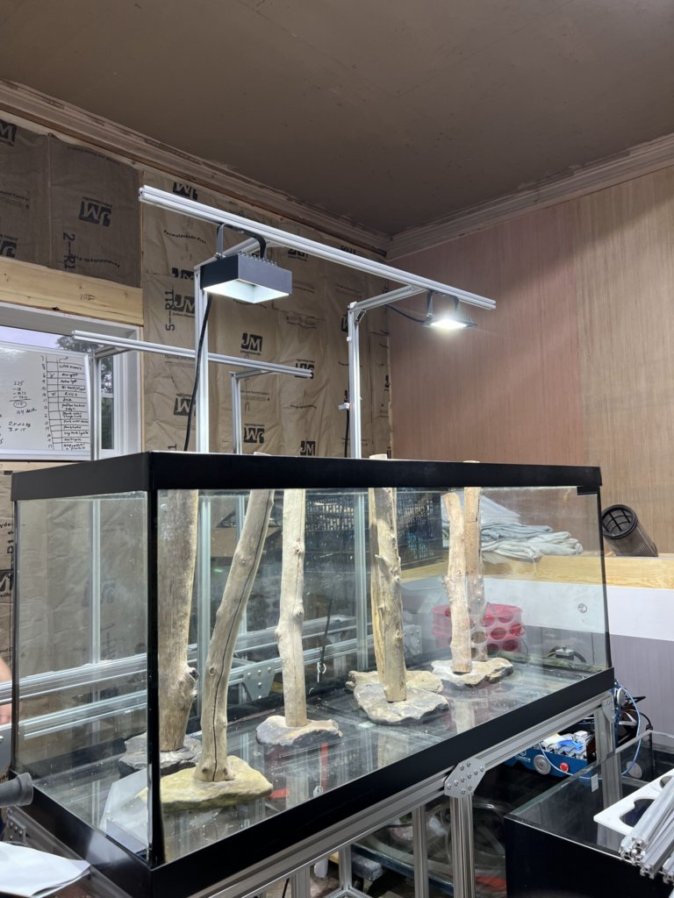 My friends and family bought me a great gift for my birthday a couple weeks back and they came in Tuesday. Enchroma colorblind glasses!

last night we all gathered at the Tennessee river to watch a sunset. I was overwhelmed to say the least. Life altering sounds like a cliche but it is exactly what the experience was. 54 years of not knowing what folks with proper color vision see. Unreal.

even if I only had the glasses for that one sunset it would be worth it.

what an amazing gift!
OP

Btw I have everything moved to the center of the room and covered by a huge canvas tarp. More
Paneling work by my buddies this weekend.

I also started using a laser engraver/cutter and it’s a blast. I see a lot of projects coming up.