So, A year or two ago I thought I had flukes because one of my angel fish had popeye. Just one eye. I dosed prazipro in my display anyways just to make sure. The popeye got better over time, but only one eyes was popped out and it appeared to be an injury. The other eye never had any cloudiness. Fish have been great since then.

I've had anthias now for about 6-7 months maybe a little longer, and the mail suddenly developed acute popeye. One day it wasn't there the next it was. He sleeps in my stunner chalice so I thought it was another injury, either an attempt to jump out or just ran into something so I observed over the last 2 weeks and fed more frequently off and on. He's an extremely agressive eater. Eats non stop when I feed.

After 2 weeks though it wasn't better, in fact the bubble of his eye filled with fluid or something got all cloudy, and The flesh surrounding his eye got all white. Then I saw his other eye and it hasn't popped out but it's completely white. Then yesterday I noticed 2-3 wholes in his head with white worm like things coming out. There's no way I'm going to catch a male anthia. So, I took the measure of dosing my display with prazipro again and continuing twice a day feedings.

I'm also thinking of soaking my food with prazipro.

Would this hurt healthy fish or help get rid of any internal flukes in any of the fish?

Are there other display treatment options I have. I may have a prazipro resistent strain. . I hope not, but I dosed 90 ml (3 oz) in my 350. Waiting to see if it actually does anything for 7 days now. Then large water change and rinse and repeat. . .

Without a clear picture it is tough to say for certain, but both cases sound more like the eye injury common in anthias, and not flukes. Neobenedenia is the fluke that lives on fish's eyes (and body). The common symptom is cloudy eyes, with mild swelling. In addition, the fish will look overall sort of "tattered".

Here is an article I wrote some time ago on fish eye health: 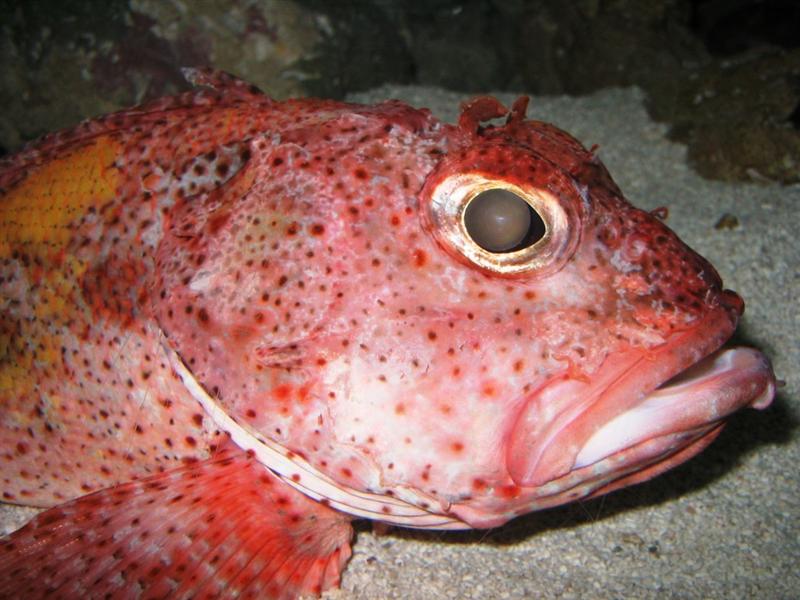 Aquarists need to inspect their fish closely every day, for signs of impending health problems. It is much easier to resolve a problem when it first starts, than to attempt a drastic emergency treatment when the fish is close to dying.


Don't soak your food in medication, it can never work except by pure chance, your dosage is totally uncontrolled - oral fish medications have to be dosed by mg of medication per kg of fish weight. You don't know the weight of your fish or the amount of medication. I tell people it is like your doctor throwing a handful of pills at you and telling you to take as many as you can catch (grin).
Here is an article on medication foods: 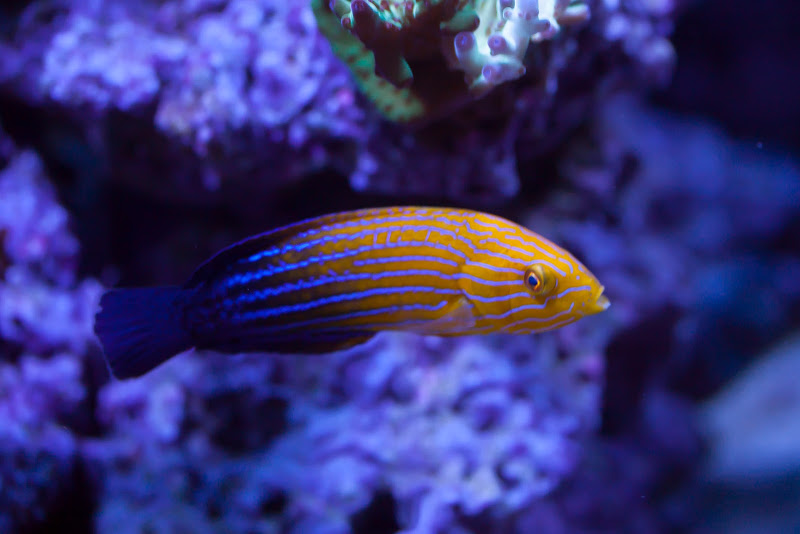 Thanks Jay. Good point on the feeding meds. I need to clean my glass to get a better pic.

Treefer32 said:
Thanks Jay. Good point on the feeding meds. I need to clean my glass to get a better pic.
Click to expand...

That does look like injury induced popeye to me..... sometimes I'll suggest Erythromycin (Maracyn 1) in a treatment tank if there is signs of infection, but that has to be done in a treatment tank, and catching the fish to move it just adds the greater chance of injury. Deep down, I wonder if these eye issues either get better on their own or not.....

Thanks for your educated opinion Jay! Much appreciated. I thought it was injury too but the eye kept going between clear and cloudy. My suspicion is that giant stunner chalice he's swimming in front of in the picture , he sleeps between a couple folds in the chalice under it. I'm curious if he got stung or ran into a stinger.

He also darts after food as he flares at the females... The alternative is he jumped out, hit my covers and plopped back in. . .

The angel fish that had popeye in one eye, recovered almost fully. ($200 fish). If I look close I can see slight permanent swelling in one eye, but its really mild. It took a few months to fully recover. This male, eats like a pig, I feed as nutritious of homemade frozen food as I can. He'll eat any time of the day I feed. It's slightly funny in that I can tell he sees weird out of his eye. He'll start to swim sideways, like he sees multiple pieces of food and miss them all.

I'm picturing he's got the vision of a fly right now. 10 pieces of food when it's actually one. Or really enlarged chunk of food and its actually tiny. He's missed more than one piece of food in the last few days. He's the drunken sailor of the tank right now. .

Well, here's to hoping he just gets better. It looks incredibly painful. I do find him resting throughout the day, then he comes out to flare at the females then goes back to resting. So, I'm hoping he's recovering. Cheers to recovery!

B
Clownfish White spot on face and Large Eye

F
Use Minn Finn for Popeye?

W
Flukes or a scratch ?