I am big fan of surge devices. They can provide very high flow in a short period (5 – 30sec) followed by a prolonged pause (45 – 600sec or more). They are nearly 100% reliable, & when done correctly, they rarely need servicing. Unlike other mechanical methods of water movement or circulation, the flow rate does not deteriorate over time. They are very inexpensive, but they can also be noisy, so probably not something you would want in your living or dining room.

We start with raw materials. Our target for the surge is 10 – 15% of the water volume or 3 – 4 gallons of the frag tank (further details below). A 5-gallon bucket made of food safe plastics, & PVC pipes of various diameters combined with other miscellaneous parts were used in the project. 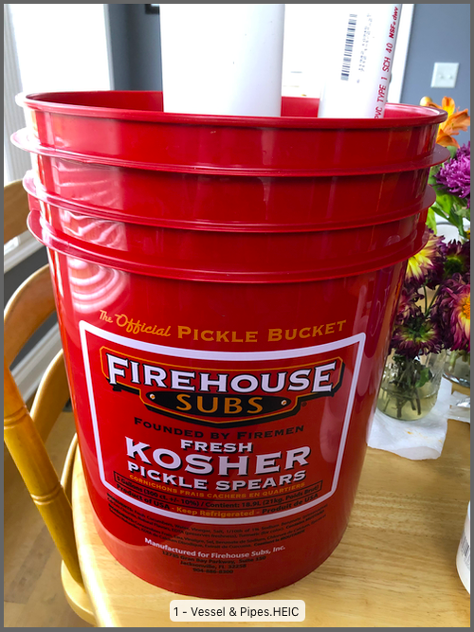 The core of the device is the bell & riser pipes. We used 3” PVC for the bell that slips over the top & provides a small pocket of air above the 1 1/2" riser pipe. We used a standard cap for the 3” pipe & glued the piece to make it air-tight. The riser pipe runs through the bottom of the bucket through a bulkhead. The bell rests on the bottom of the bucket with gaps for water to fill the space between the pipes. As the water level rises, air is forced down the riser to the exit point (more on that later) until all the air is pulled out of the pipe thus creating the siphon inside the bell. 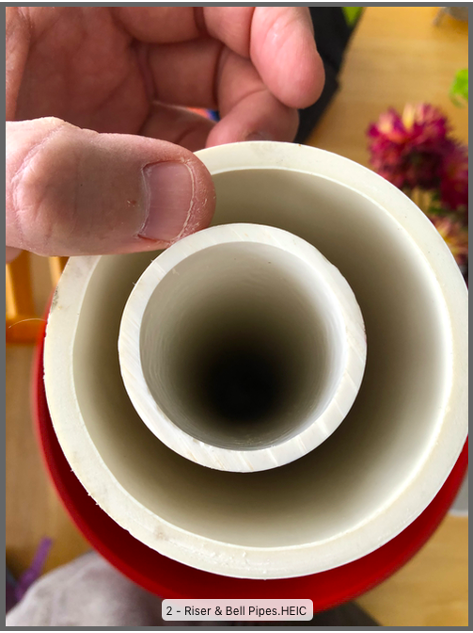 Uniseals are fantastic for plastic bulkheads. The Uniseal for 1 1/2” PVC requires 2 1/2” hole (BRS has a handy sizing chart). 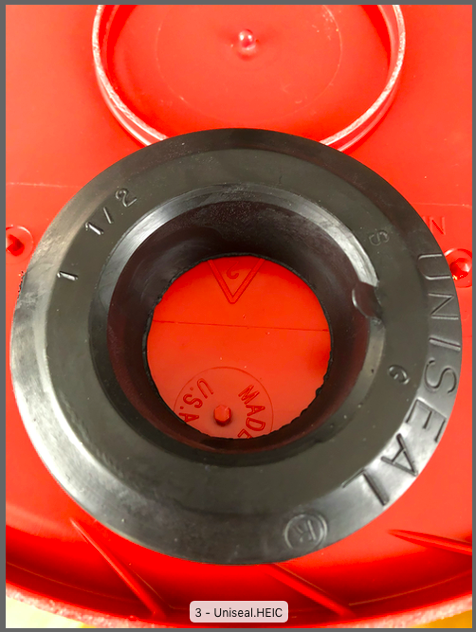 In any application of a closed system, redundancy is key. After cutting two holes & installing dual drains, one for the riser pipe & the other as an emergency backup, it’s time to add pipes. 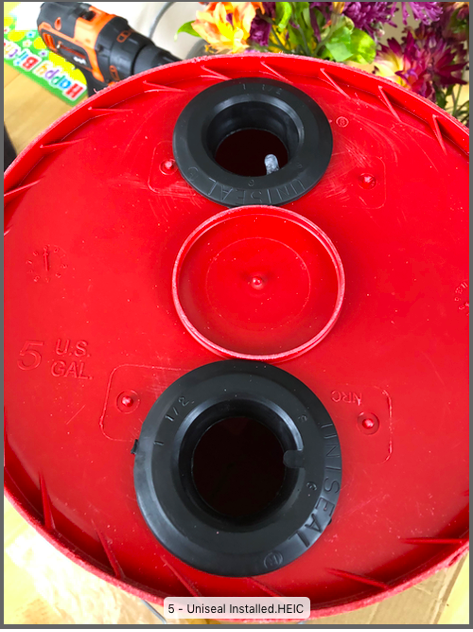 Pushing pipe through Uniseal’s requires a little help from nature. 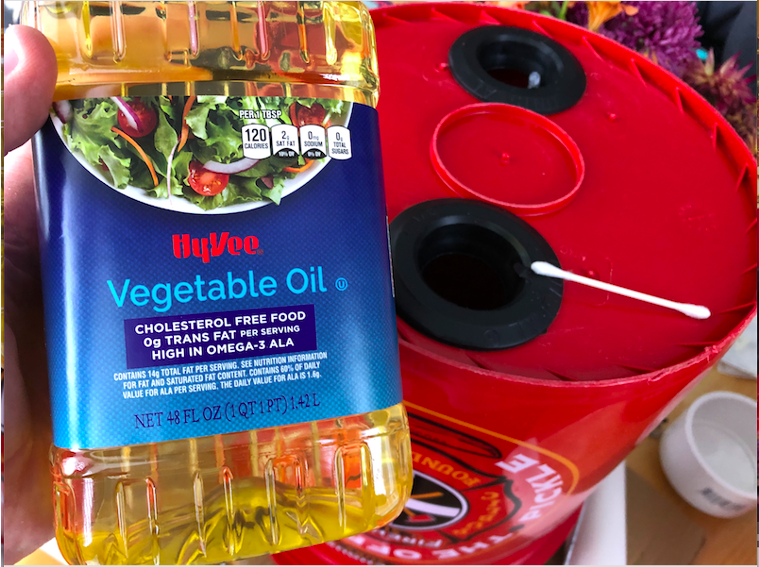 Once both the riser & emergency pipes are marked, push them through the Uniseal from the bottom. 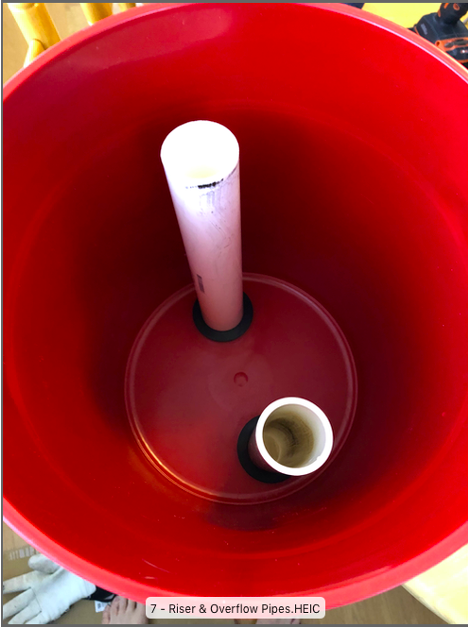 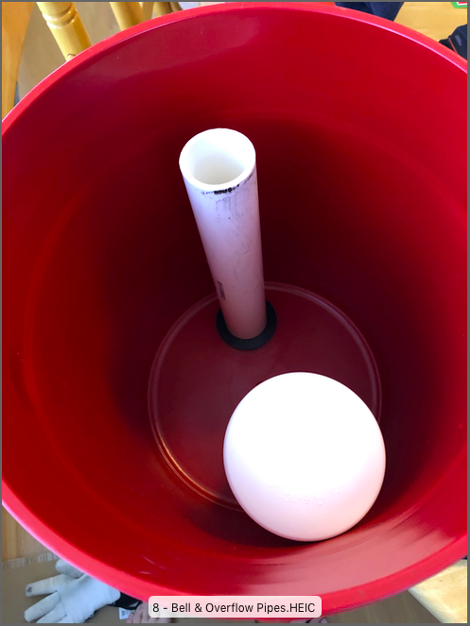 Standard light diffuser has hundreds of applications in this hobby. For this application, a piece is cut to fit around the emergency pipe & over the top of the bell pipe. This is precautionary to help secure the bell & it is unlikely that it will ever be submerged. 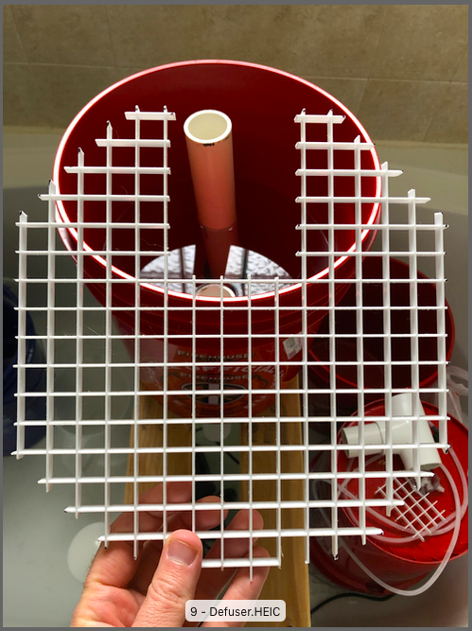 For the creation of the surge device, here are the materials.
Total cost, ~$38.00 USD.

The application of this device in our system is for a new frag tank using a standard 40gallon breeder (36” x 18” x 17”). The breeder was drilled peninsula style at 9” on the short side for dual 1 1/2” bulkhead (one primary & a second as emergency). With an elbow & low-profile strainer on the bulkhead, this puts the water level at 12”, & an approximate capacity of 28 gallons. It is expected that shallow water depth & high flow rate will provide ideal conditions to start our own aquacultures. Water is sourced from our current system (approx. 400 gallons) & drains into the first chamber of our sump.

While we worked to assemble & test the surge device, we built a stand & shelf for the system. 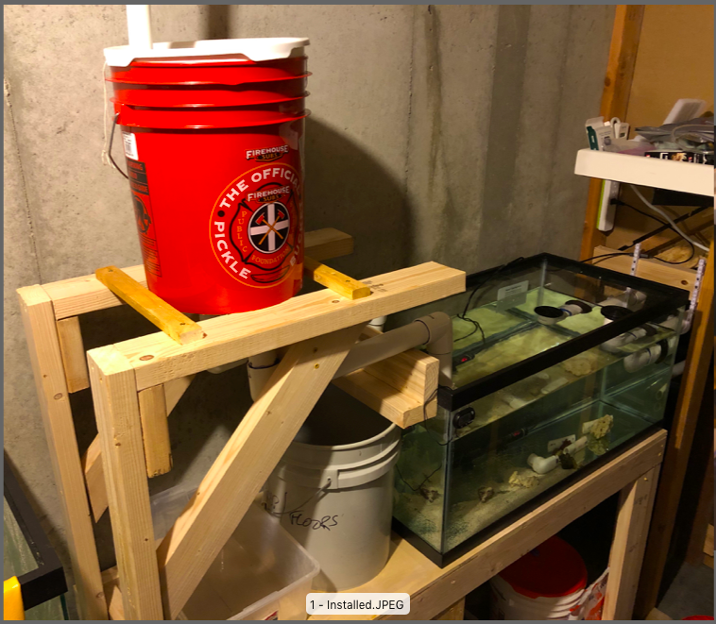 Here’s a view of the inside of the bell siphon after 24 hours of operation. The sandbags were added for weight on the diffuser, but with the proper adjustments to the bell pipe (pictured below), this seems to be unnecessary. 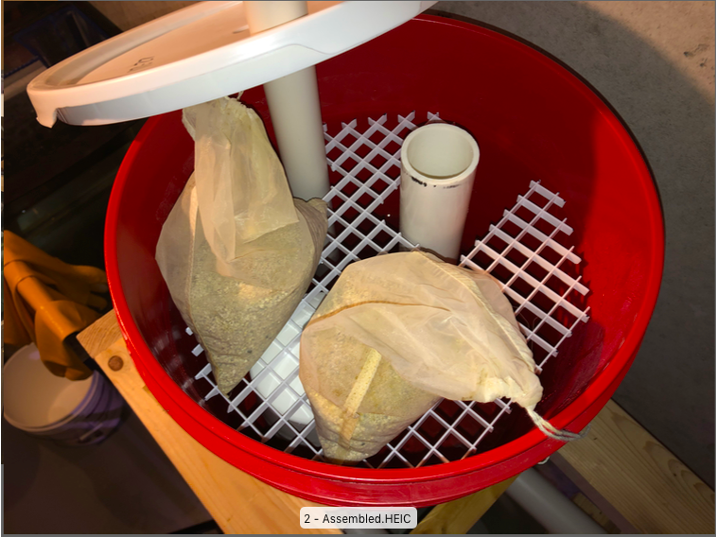 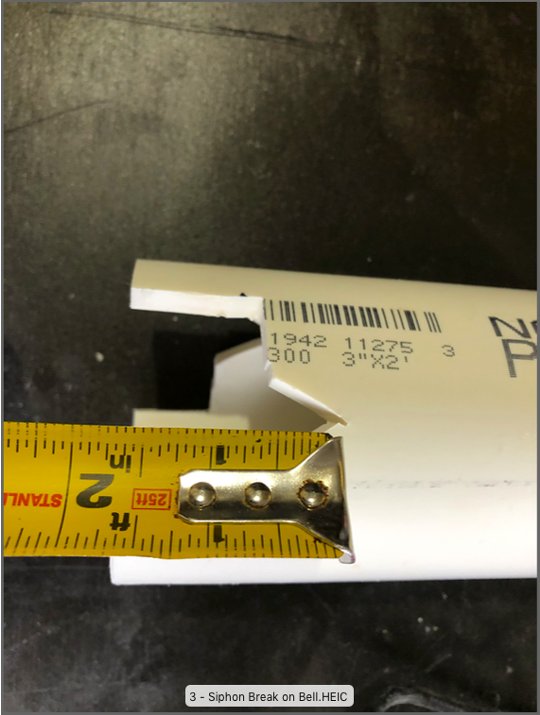 It’s also important that the outlet pipe is above the water line when the siphon has finished flushing into the tank. This allows air to come up the pipe to break the siphon. This gap is larger than I wanted it to be, but unfortunately, it’s hard to cut once everything is glued. The larger the gap, the louder the siphon when it breaks. 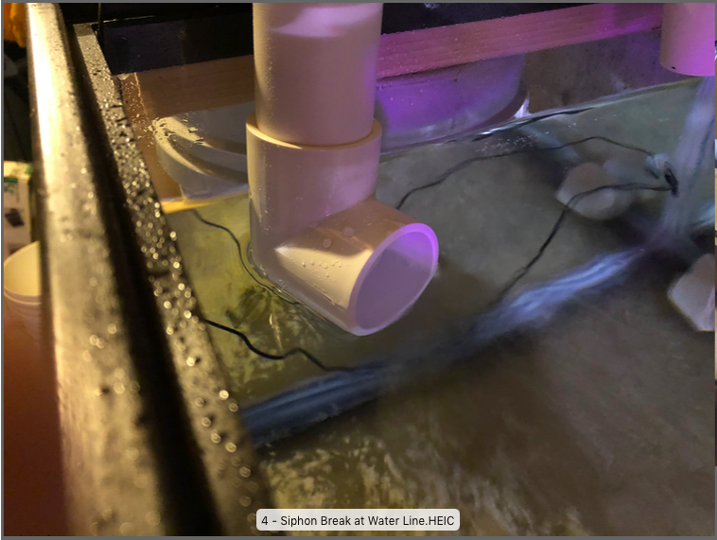 To get water to our frag tank, we teed off the surge device that flushes into our display tank (more on that can be found in our build thread). We’re using a DC pump with a maximum flow rate of 1700 gph. For our primary surge device, the pump was already set at 66% (26 watts) to move water 8’ vertically before filling that 18gal vessel. The 1” pipe was extended 16’ horizontally to get to the 5gal bucket installed on the shelf pictured above. When we opened the ball valve, we increased the speed of the pump to 85% (39 watts) to power both surge devices. 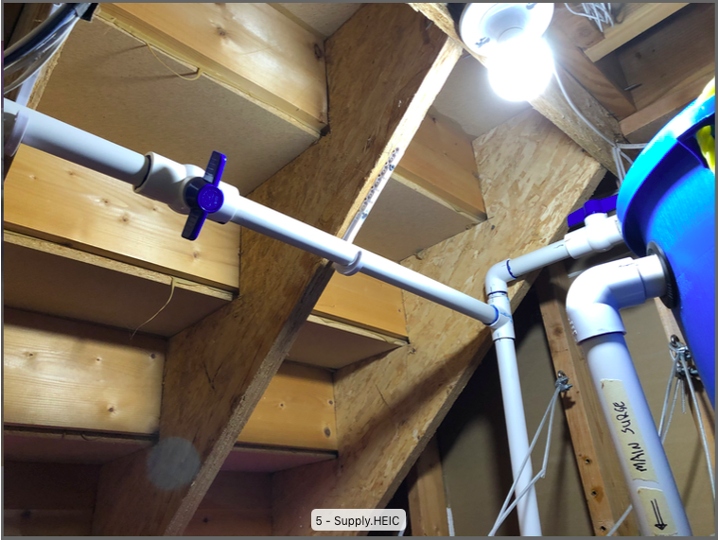 Our testing shows that with this setup, the 1 1/2” PVC reaches a peak velocity of 1gal / sec when the siphon is fully activated. The ball valve is opened 1/2 way, & the result is the devices surges approx. every 45 seconds. For only 13 watts, this is significant flow for the frag tank. It remains to be seen if another wave maker will be needed to provide the much-desired irregular flow pattern for corals, but that the topic of another thread entirely.

I think I've figured out how to contribute on YouTube & properly reference those videos for demonstration. Below are a few clips of the surge device in operation:

And a brief tutorial of the bell siphon illustrated & further explained:

Nice. Learned about these in the aquaponics world but didn’t think about using them here. Makes sense though.
OP

Vwluv10338 said:
Nice. Learned about these in the aquaponics world but didn’t think about using them here. Makes sense though.
Click to expand...

It’s remarkable how fast the fish have learned to swim in the surge wave. They align themselves in the stream as it bounces off the back glass to catch zooplankton in the water column.

K
PVC pipe dimensions - did I just screw up?!
2