For a second winter in a row, freezing overnight temperatures in Florida put marinelife at risk. In a recurrence of the cold snap in January 2010, Florida ornamental marine fish and coral farmer ORA jumped into action last week to serve as a warming center for marine sea turtles, stunned by the extreme cold. As the last of the well-rested (and toasty warm) sea turtles are returned to the water just before Christmas hits, we talked with Dustin Dorton of ORA to get the inside scoop on ORAâ€™s participation in this seasonal sea turtle rescue.

Organizations around the state of Florida were out in force dealing with turtles in crisis, locating cold stunned turtles either washed up on beaches or in the case of most ORA rescues, floating in the Indian River and Mosquito Lagoons. Quite simply, if a turtle makes no attempt to escape when rescuers grab it, the turtle is deemed cold stunned and brought in for special care.

â€œItâ€™s hard to say exactly how many turtles we housed this time around,â€ said Dorton. â€œEvery day [FWC] would bring some in, and others would leave.â€ Dorton estimates at least 100 sea turtles recuperated in multiple 5,000 gallon holding tanks at ORA. 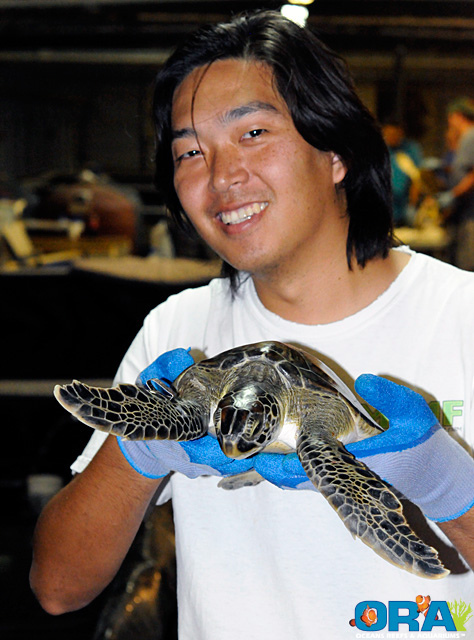 That's so nice. I remember visiting Turtle Hospital in the Keys, I admire those people helping animals, especially when it comes to sea turtles as they are so vulnerable. Thumbs up ORA!

Now that's what I called an excellent example of a genuine reef enthusiast ... two thumbs way up to ORA!!! :angel: