Freshwater to brackish to saltwater

Relatively new to the forum. Not the first time keeping saltwater but my first attempt was very noob and poor as I didn't know what I was doing back then. It was a fish only saltwater that was a total disaster. I moved away from saltwater and stuck to freshwater since then. I have some experience with successfully keeping freshwater fish, and so I'm considering jumping back into saltwater. Now that I'm equipped with a bit more knowledge and patience, I plan to do this slowly. I have a green spotted puffer (with a few other fish) for a couple of years now in a 15 gallon tank. He's been growing well but as you may know they transition to brackish to saltwater as they mature.

So here's the plan... I've started to add saltwater to the aquarium to slowly transition this tank to brackish water and eventually to a full saltwater tank over the next few weeks/months. The freshwater fish will be moved out soon. Once that happens, I will then start adding dry rocks to be cycled that will eventually go into a bigger DT that I intend to setup. What I plan is to have this become a QT for the new arriving fish once the rocks are cycled. I will be adding some saltwater nitrifying bacteria to the tank to let the filtration bacteria catch up during the transition. Ofcourse, when the new fish arrive, the rocks are going to move to the DT with the puffer while the new fish go thru quarantine.

Anyway, I wanted to get some opinions and thoughts from all the seasoned people here. But here goes:
1. I intend to start without RO initially but would I need one eventually? Here are the parameters for the water out of my tap:

2. Should I let my puffer also go through the quarantine with the new fish before adding to the DT?

3. Anything I missed out or overlooked? 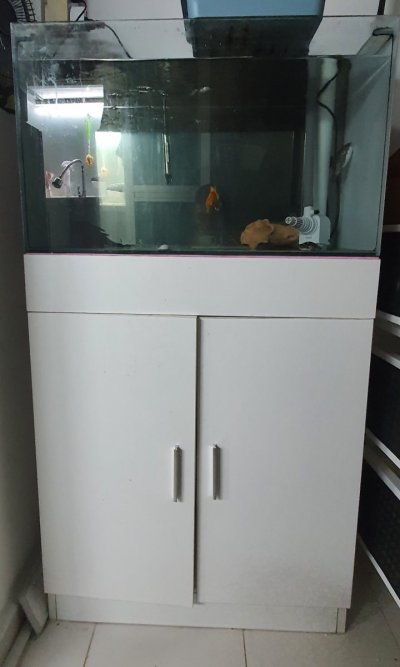 Welcome I would absolutely get yourself a good rodi system, it will pay for itself. Also make sure to get some good test kits. Not sure about the puffer but I'm sure others will know. Best of luck!
OP
H

Dry rock cycling has begun. Added a sump below. Salinity at 1.01. Once fully saltwater, will be adding nitrifying bacteria to aid the cycling process further. After which, will be getting livestock. Eyeing a couple or juvenile angels and dwarf lionfish for this tank.

Change of plans! Recently adopted a 100G tank with sump and livestock. So now while I'm sterilising and fixing up everything I've adopted, I'm gonna use this to do a full QT regiment in this 15G. Got some additional livestock that I want for the 100G which is all here now. 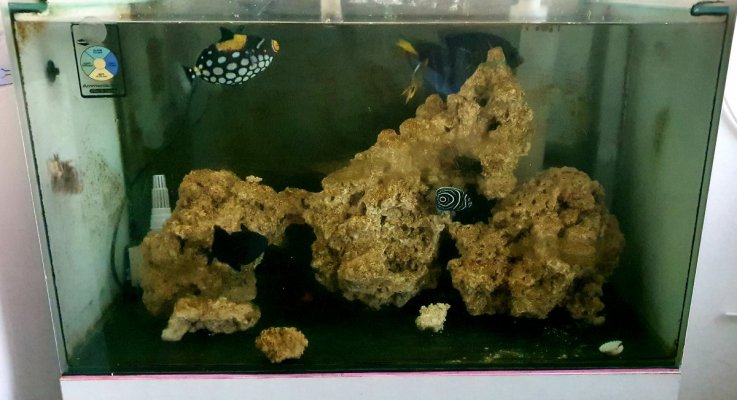