Updated shot of the tank and a few of the first corals in the tank follow. Nitrate tested this morning around 5ppm. Calcium around 430. Alkalinity 9 dKh. I really dislike the inaccuracy of color based test kits. Is that green, blue, or greenish blue? I need to invest in some better test kits. Anyhow on to the pics. 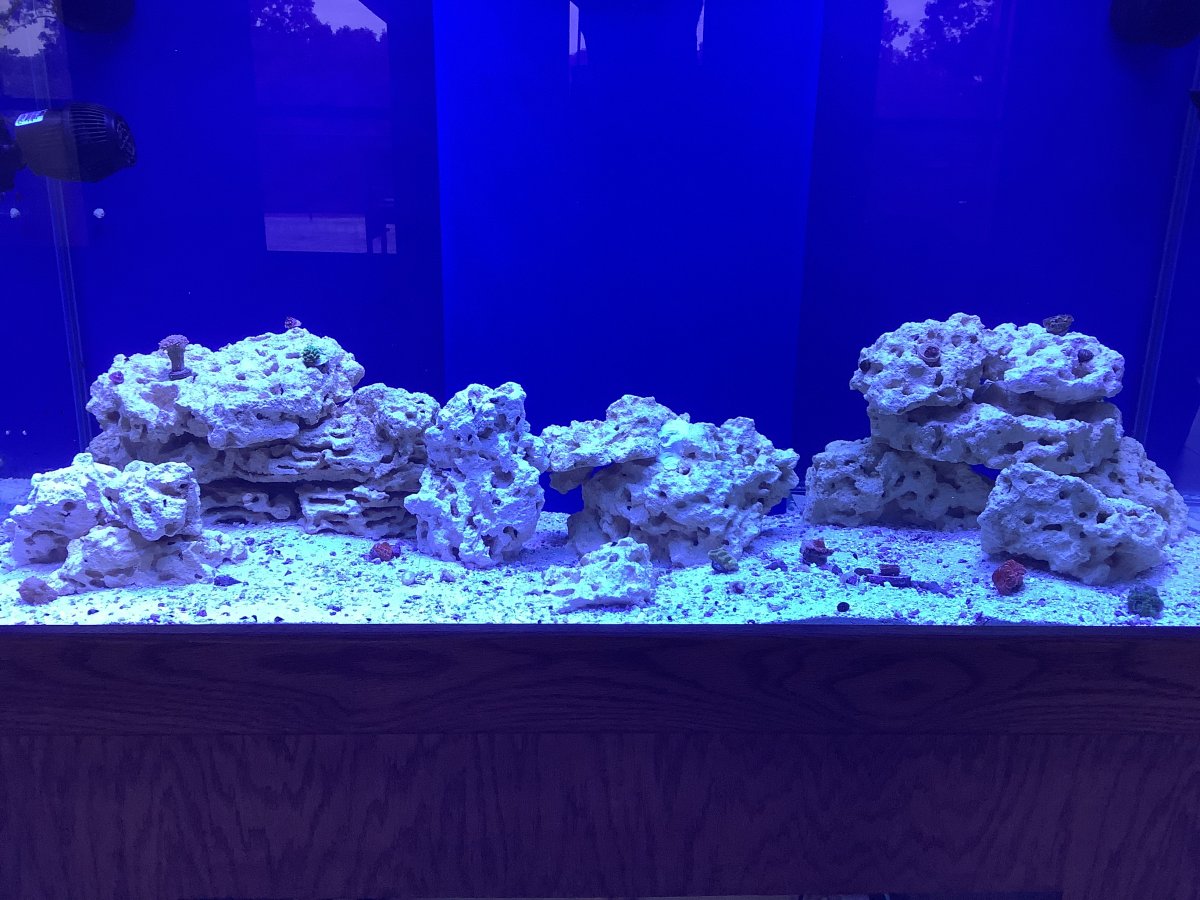 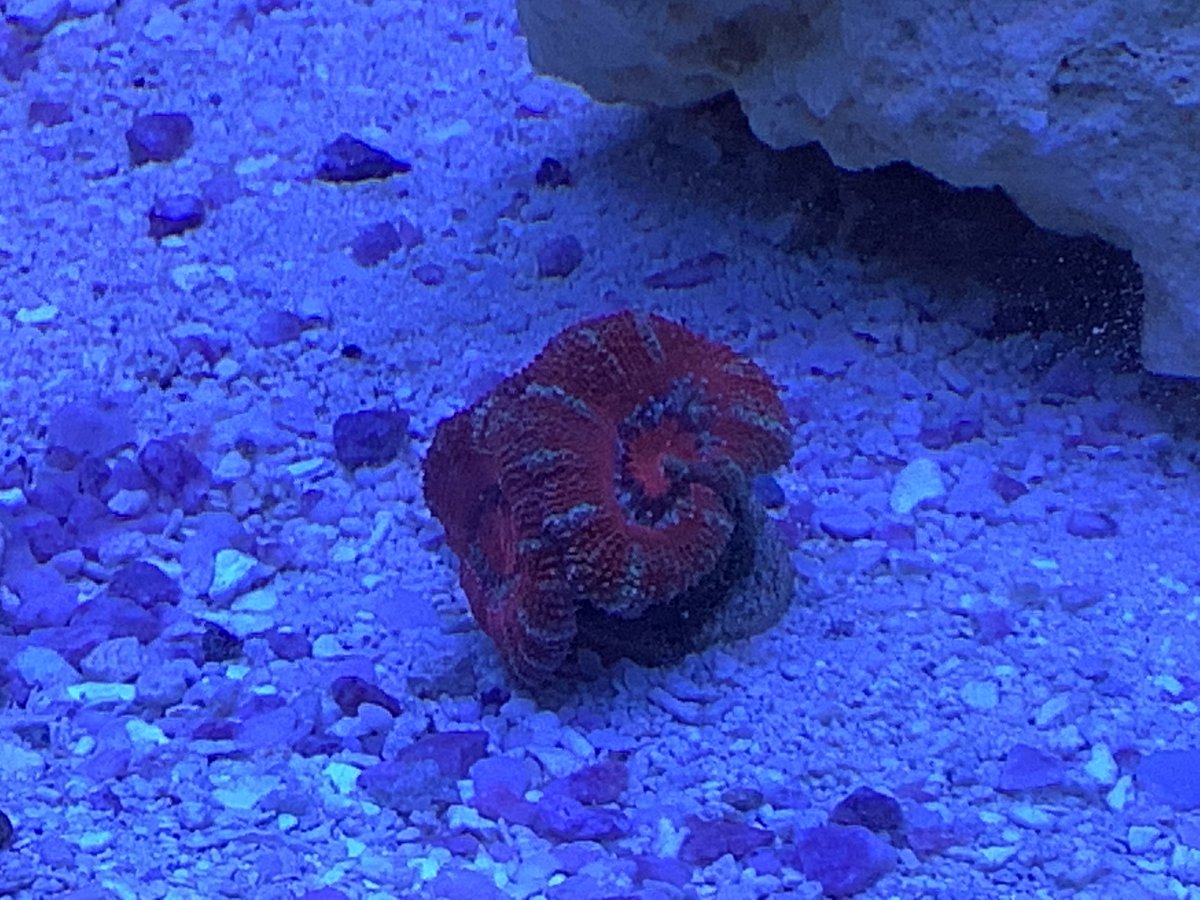 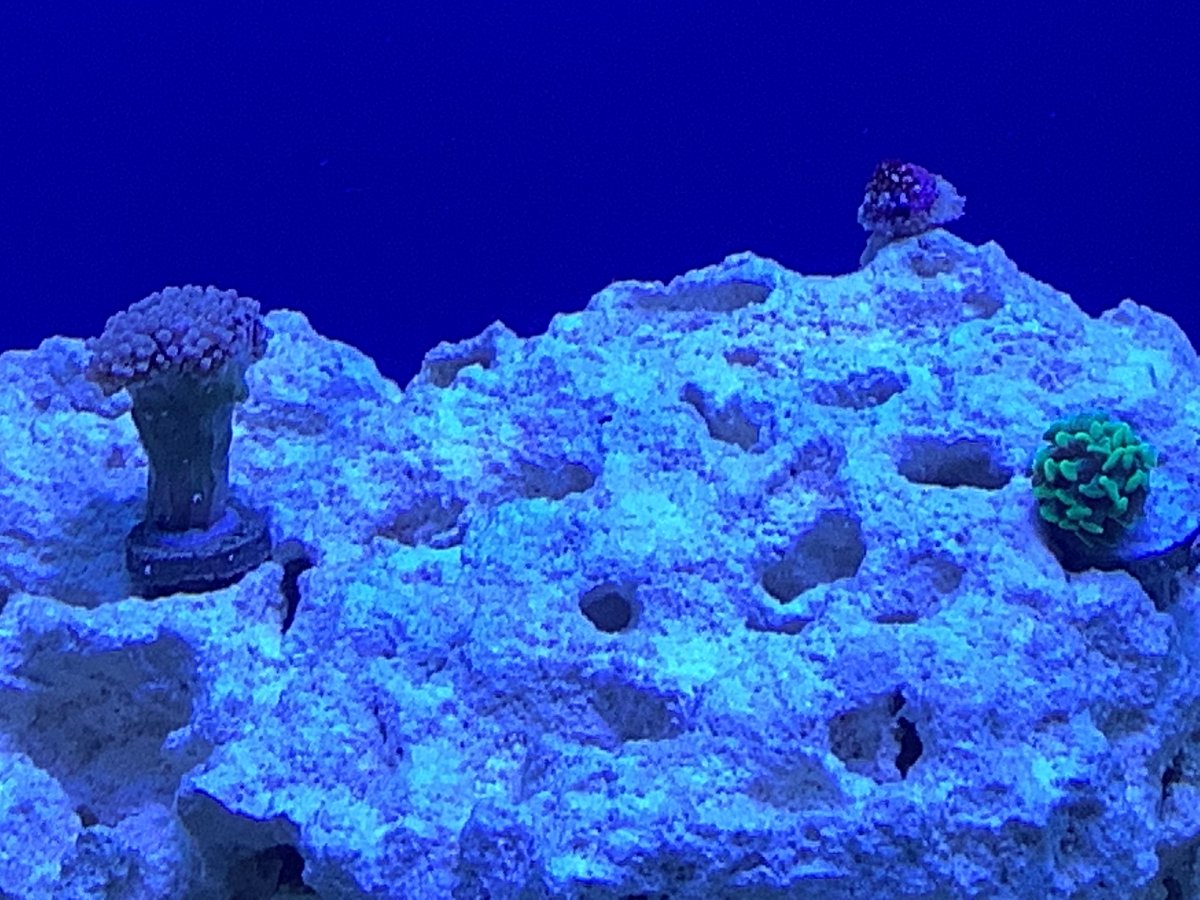 So, in general, I am pleased with how things are progressing. A couple more fish added today from quarantine to the display tank. A diamond goby and a blue and yellow damsel (I forget which exact flavor). One chalice is bleaching just a bit and the orange rhodactis isn’t quite as vibrant as I would like. Probably time to play with the lights a bit.
All the corals came from a place called Corals Anonymous. Good prices but I guess that is why the frags are so small. I would like the hammer and the torch to expand a bit more but they have only been in the tank for a week. I will start feeding corals in the next week or so. I don’t want to start dumping a bunch of food into the tank and have a nitrate or phosphate spike cuz the food isn’t being consumed quickly enough. Plus I can’t find a decent coral food locally.
Hopefully more corals and fish will be procured next week because I have convinced the wife that she needs to go Aquashella in Dallas. She. Needs. To. Go.
Looking forward to adding some more of everything.Especially some Chaetomorpha for the sump/refugium. Why exactly is Chaeto so hard to find and expensive right now? I currently only have some gracila and other reds as well as Halimeda. All doing fine except the Halimeda which is really growing well. Not sure why. Maybe the Tunze fuge light? I haven’t even placed and started the protein skimmer. No algae so far and nitrate and phosphate under control. If it ain’t broke don’t fix . Right?
Really hoping to find some unique fish and corals at Aquashella as well freshwater stuff for the fishroom. A session on how to take decent pictures with an IPAD would also be great. Sorry for the Quality of the pics. I will never complain again about the photos others post. At least until I get my act together.
Anyhow off to afternoon chores and then Aquashella in ten or so days. Maybe we run into some of you from R2R there. As always any comments or advice would be gratefully accepted and appreciated.