Ive had a green GSP for the last 2 weeks im my tank, it seemed to be doing great that entire time. Yesterday, after my turbo snail apparently knocked it off its rock, i glued it back on and noticed part of the base in the middle has turned white. You can see some if the super glue sticking up in the pictures, but its also right inline with the white part im talking about, the glues the transparent looking part. Ive also noticed some of the white along one edge.

Its been getting about 12 hours of light per day, only 6 of which are high intensity, the rest is a turn up/down blue light

Any ideas? Googling the internet was the same as googling a cough and being told you have cancer by webmd, no real help i can make sense of. Theres a few nore much more high maintence corals in the tank that appear to be doing great and ive noticed growth. 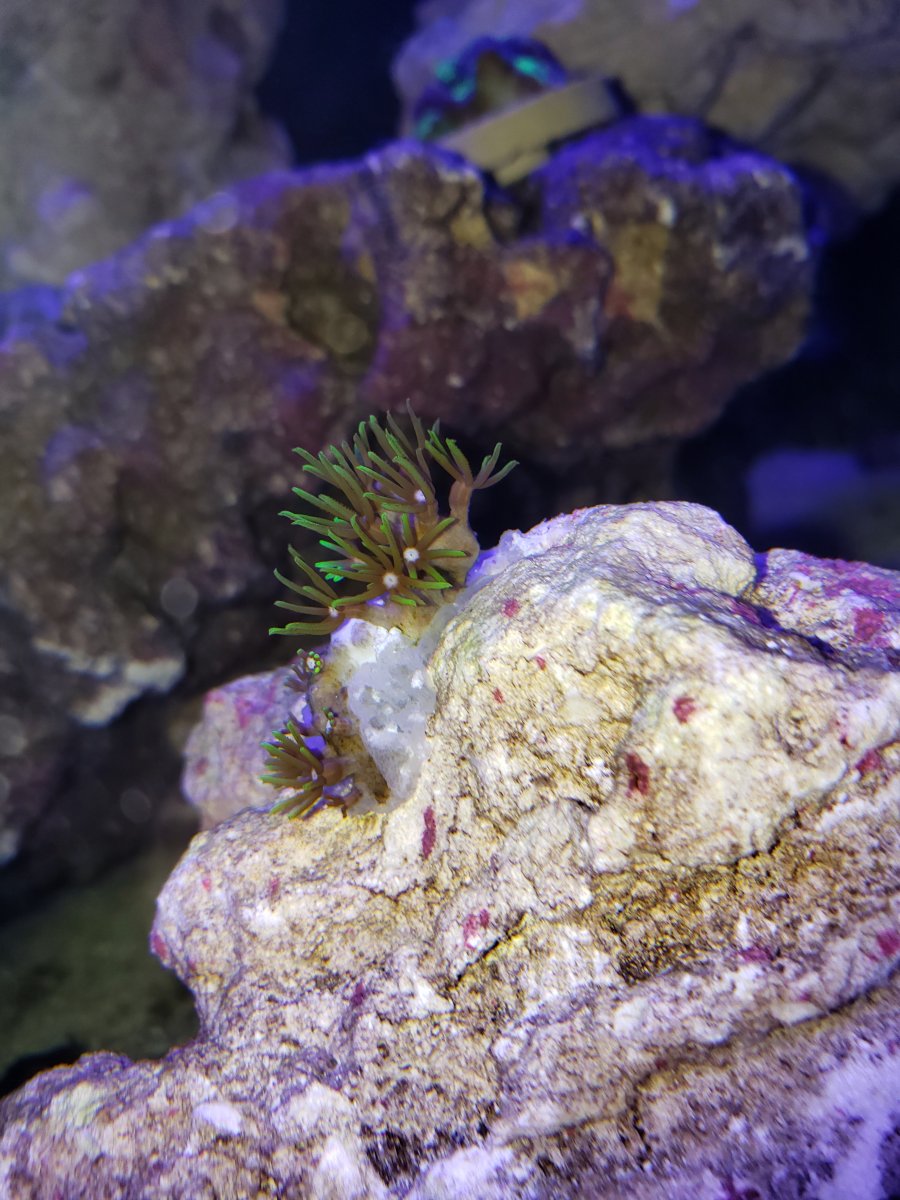 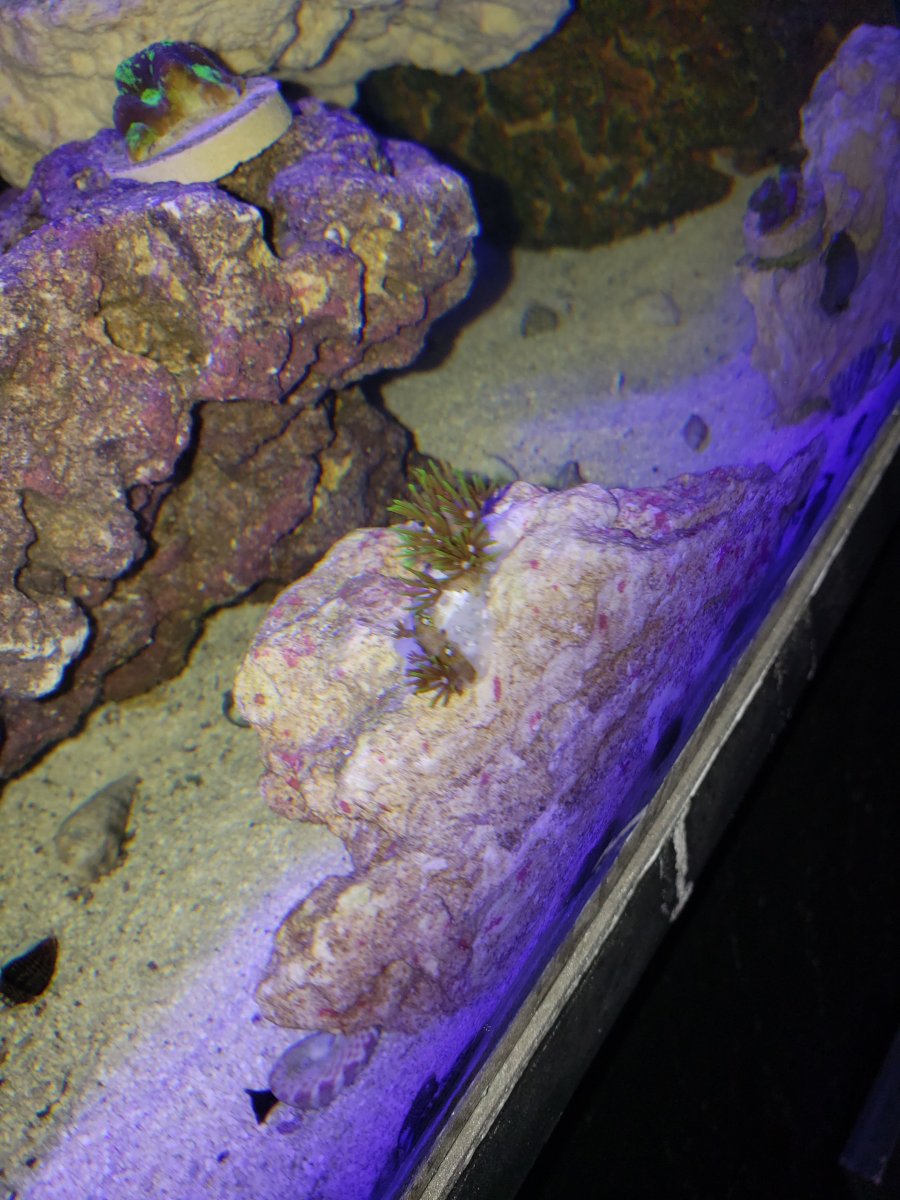 Perhaps too much light? My GSP has a deep purple mat.
Unknown if it's related, but try to get some nitrates in your tank. Softies like a dirtier tank.
OP
S

T-J said:
Perhaps too much light? My GSP has a deep purple mat.
Unknown if it's related, but try to get some nitrates in your tank. Softies like a dirtier tank.
Click to expand...

So Update, decided to take the GSP out and re-dip it as my dip can help with any sort of infection, just in case. Took a turkey baster and gently blasted the dip water in and around the coral, the white stuff came apart and started flying off, it was the flesh of the GSP. The GSP seems to be composed of that tan colored outer layer, and a purple interior. The outer layer apparently rotted or something, exposing the purple interior. I have no idea. nor did my LFS coral guy. Hopefully itll be okay.

This white flesh didn't appear until a few hours after my turbo snail knocked it off the rock in the middle of the night, so it was face down in the sand for at least a few hours, maybe related.

B
EMERGENCY GSP is dying or being taken over by something