Have I had to much Flow all of this time?

Looking for a bit of advice..

So I’m up a bit early this morning and I’m looking at my tank thinking did I over build this thing?

I have an Innovative Marine 150 ext (4’x3’x20”?). My rock work is very open for flow, and the system has been running for almost 1 year. My return is powered by an L1 pump running at 100% and I have 2 MP40’s on the back glass (L/R) with an almost unobstructed shot to the front glass. I’ve been running these at 40% since the tank has been wet.

All three pumps were my spares from my last system, so were brand new essentially as I had not had anything break down on that tank. The glass being 19mm thick, MP10’s wouldn’t work either.

I’ve been very patient about stocking my tank, as I started with dry rock and knew what I had ahead of me and the algae battle to come. Now being on the end of the battle ( fingers crossed) I’ve started populating the system with coral.

My plan has been to do another mixed reef system with a prominent torch garden and some choice SPS later on. So for the last two months I’ve been building up my torch collection. The pieces have been doing well, all starting to split heads if not already split. But none have been as fluffy and open as they were in the shop. The polyps have been a bit shorter and a little stringy. I am basing this due to the flow in the tank. Not that they were pinned to the skeleton, but definitely moving quite a bit.

So again, I’m up early looking at my tank this morning, as this issue has been bothering me for the last couple of weeks , with a Holy G. Coming in today I wanted to sort this and get everyone a bit more comfortable. Talking with the gentleman I’m getting the frag off of, flow came up again last night in the discussion. the current position for the garden just seemed to be getting to much. I messed with different angles of my returns, flow still crazy. Next was moving the frags around the tank to find a lower flow spot but not interfere with lighting, no luck. Then stepped into reprogramming the MP40’s. Well if you own some, you know that you can only turn them down so far and never to a zero point. I was trying different settings, but they were down so close to their minimal flow point that any fluctuations in rising or lowering were unnoticed. I. E. ( even long pulse seemed like they were just running at constant). And still to much flow in the tank. According to Möbius with both pumps at 35% , I was achieving approximately 3800gph in the system. So now both pumps are off.

The L1 has stopped talking to Möbius, which I have to say Ecotech, not the greatest.. As I think turning down my return may be key, and then allowing the MP40’s to do their thing inside the display. I’m not exactly sure on the gph/ return turn over rate I’m at right now, but I have the feeling I’m well over 20xph. I’ve got to go to work soon, so the L1 is staying where it’s at until I have time to reset it and re-tune the levels and my return.

As I’m not a fan of having two pumps in the middle of my viewing panes, that is why the MP40’s are on the back glass. The rock work was built to give minimal obstr

Has anyone had similar experiences? Or am I over thinking this?

current parameters from 2 days ago: 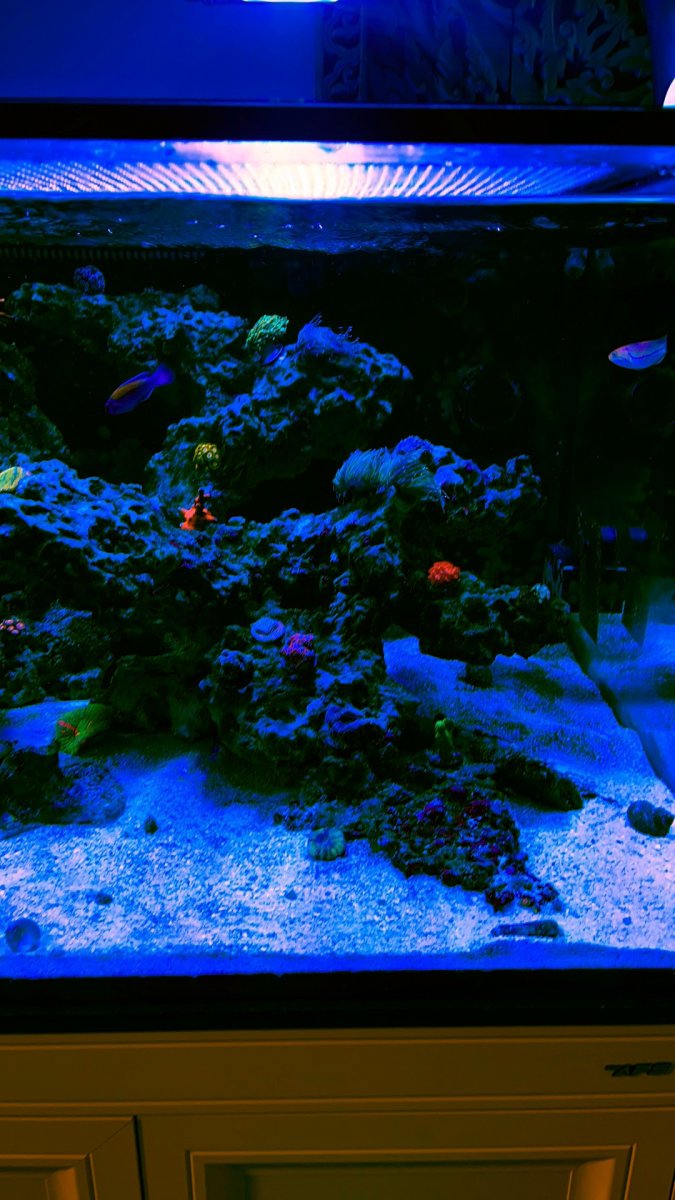 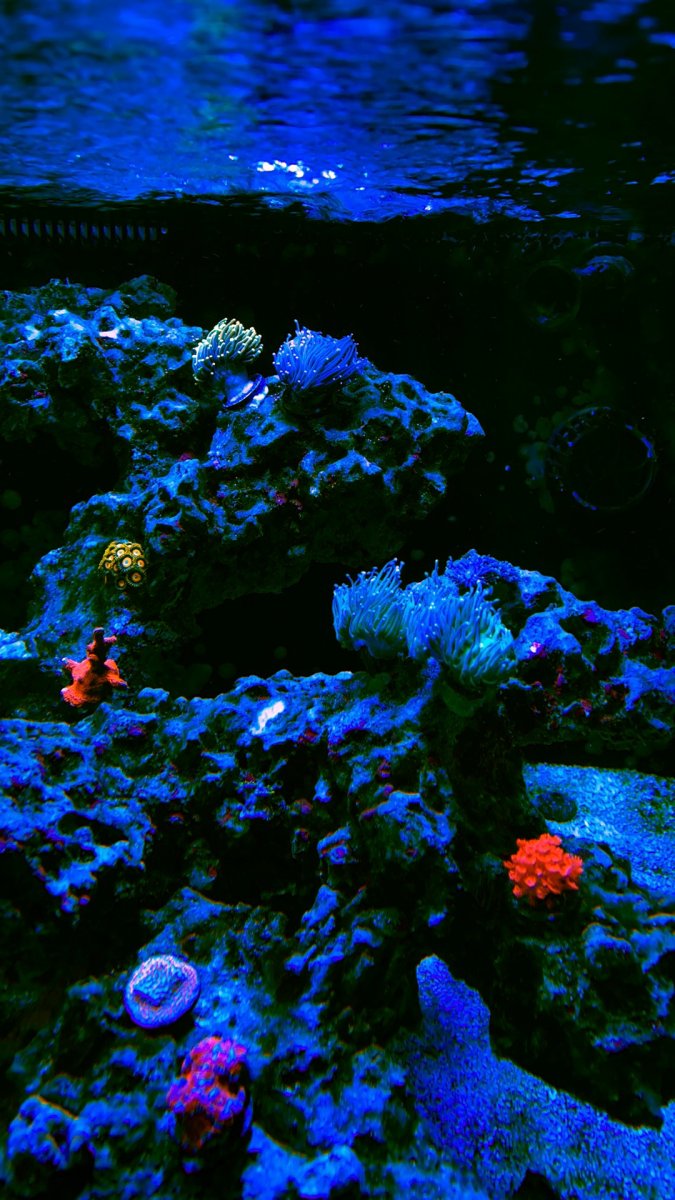 I have no idea where to place my powerhead

Is gyre flow designed to be interrupted?