How I modded my Red Sea Reefer 525XL to install a ClariSea SK-5000 without removing the auto-topoff.

I haven't seen an example of a Clarisea SK-5000 installed on a Reefer 525XL without removing the auto-topoff reservoir. I figured out a way to do it and have some photos showing how I did it. My unit is the one with the auto-topoff on the right, the filter socks on the right, and the baffles for the return pump compartment on the left. There's another 525XL model with the baffles running all the way down the middle of the sump (saw one at the LFS) and I don't know if this will work for that unit.

The key component I used to do the job was a Moen Washing Machine Discharge Hose (Moen Part# M6699) purchased from home depot. The primary overflow drain pipe for the reefer 525 XL is 32mm metric piping, which none of the local stores sell PVC fitting for. The Moen Discharge Hose has a 32mm fit exactly, with the number "32" printed on the connection.

The first step is emptying the top-off reservoir then gently removing out by sliding it left to clear the valve then pulling it out. 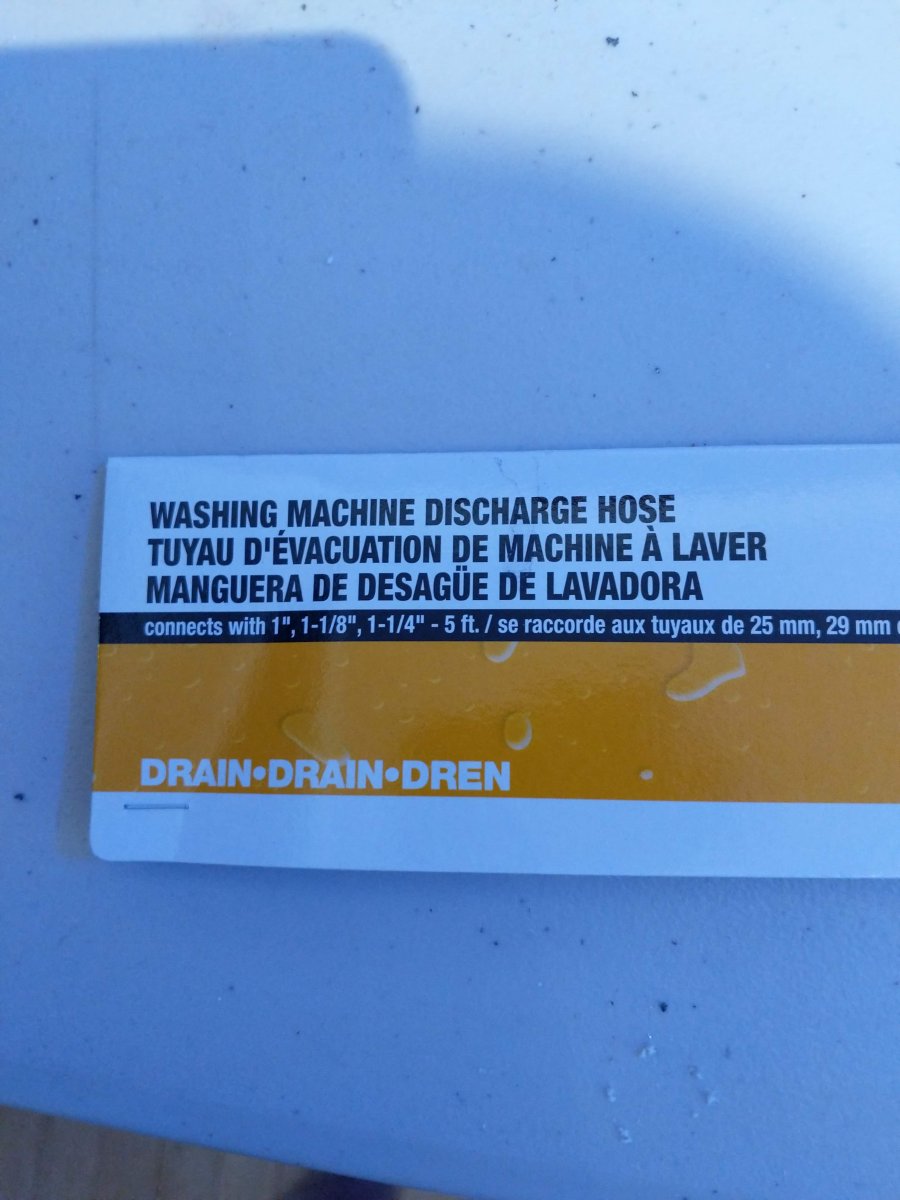 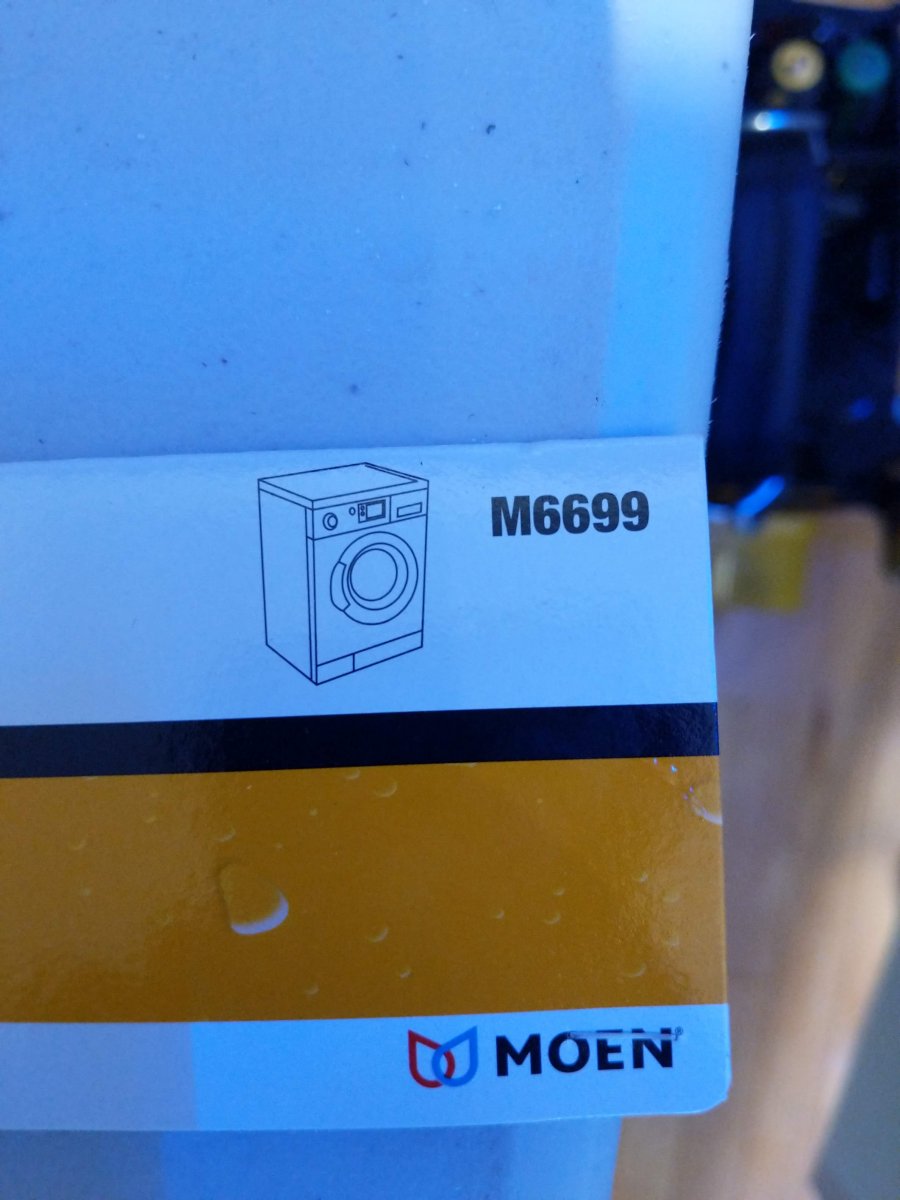 The main overflow drain needs to be cut to accomodate the hose, so I turned off the return pump, waited for the drain to stop, then removed the main overflow pipe at the union. A little bit of water was trickling out at the union because the strainer of the overflow box isn't sealed perfectly, so I made a flexible tube by rolling a large ziplog bag and using an elastic to fasten it at the open union, directing the trickle into the sump. Not doing this would have resulted in a lot of water on the floor behind the tank.

Since I had the gate valve accessible, I took it to the sink, opened it up with a metric allen key, and cleaned it out. This should be regular maintenance and it's easy to do while it's off the tank right now, might as well get it done.

Using the hack saw and miter box, I cut the PVC pipe for the return pip down to about 6" in length, cleaned the burrs, then slipped the washer discharge hose on. I added a stainless steel hose clamp and tightened it fairly type to cut down on salt creep coming through. I reconnected the pipe to the union and took care to ensure the other end of the discharge hose was directed into the sump to ensure that slight trickle doesn't end up on the floor. This modification isn't really "one-way" because if I decide to not run the clarisea any more I can just trim the drainage hose in length and direct it into the overflow collection chamber, just like the tank was doing before. 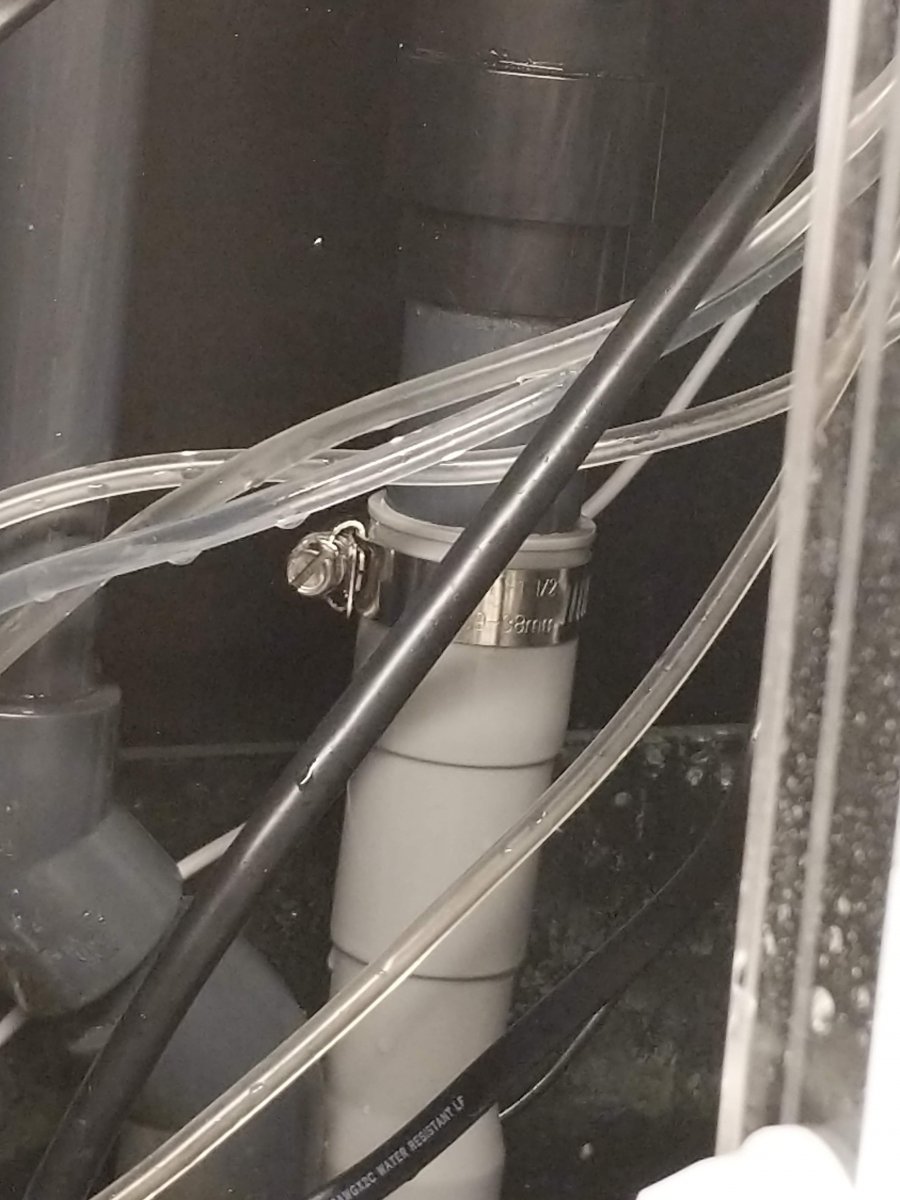 Unfortunately there isn't enough clearance between the back of the top-off reservoir and the emergency drain pipe for the flexible hose to get past so I had to route the hose up, behind the PVC pipe unions, then back down to the clarisea. This adds a little bit of head pressure to the drainage and raised the water line in my display tank 1/8" but I still had more than enough space between the top of the water line and the top of the glass. The hose is ribbed to prevent kinking so I'm not too concerned that this will be a big problem later. If anybody thinks will be a problem and can explain why, please share your thoughts. 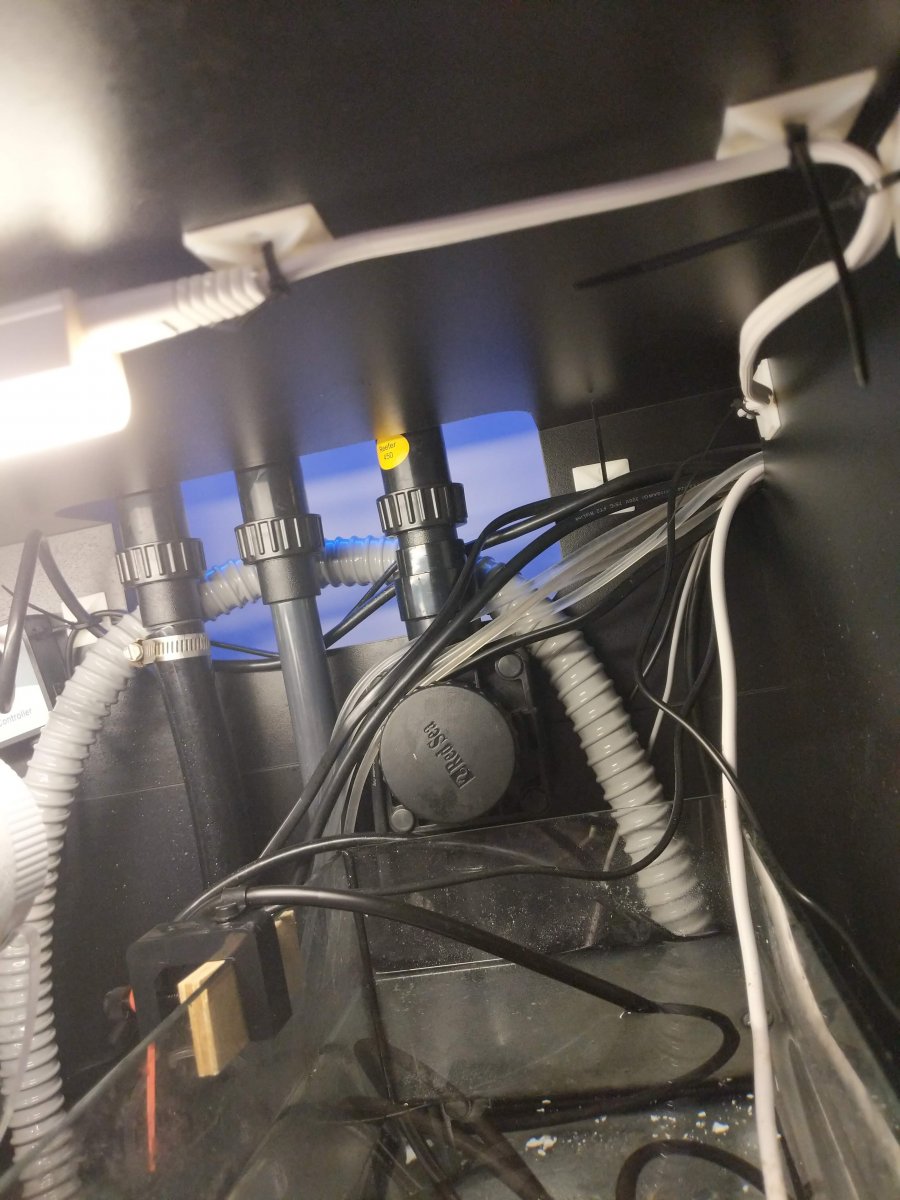 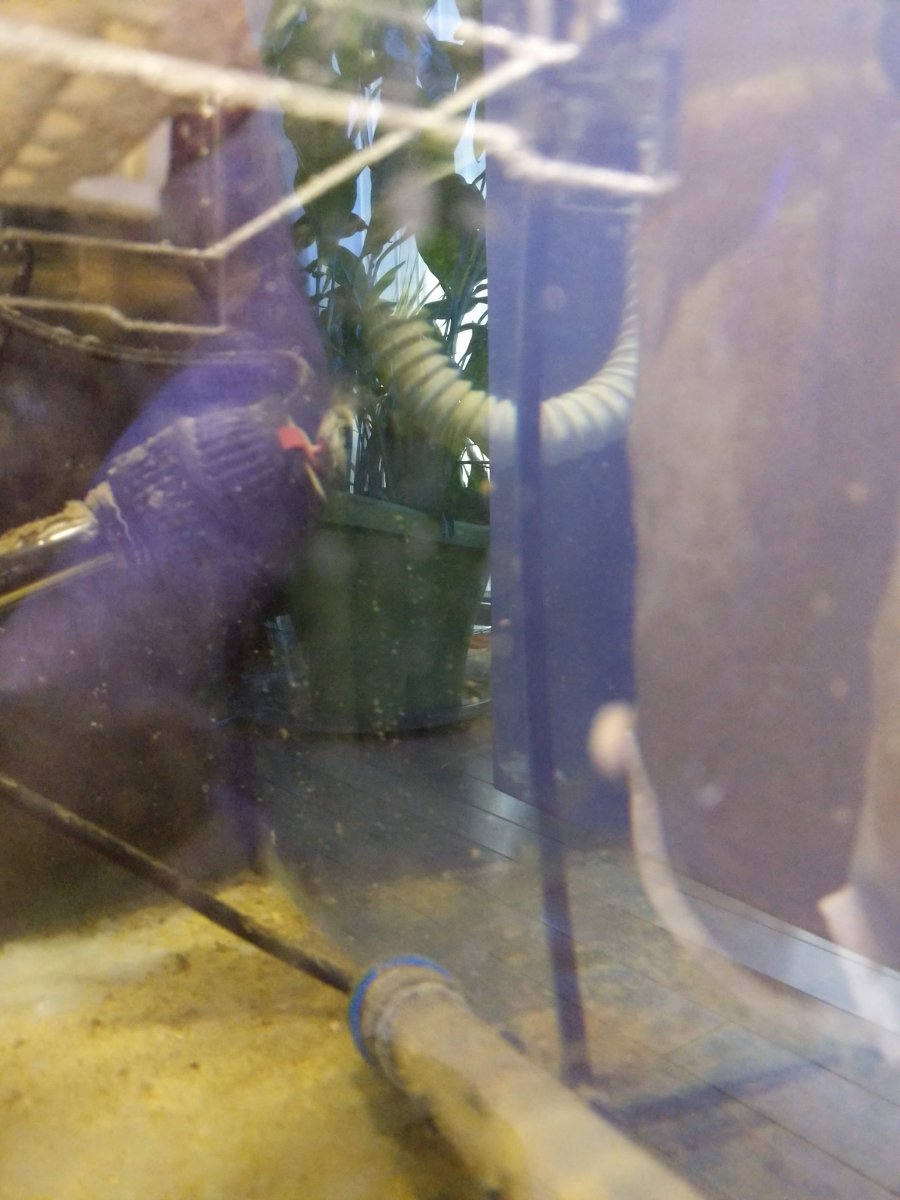 Next I needed to fit the SK-5000 with a 1" hose barb to accept the drain pipe. Instead of using the included 1" to 32mm right angle PVC fitting, I used a standard 1" threaded to 1" soft hose adapter, from home depot. The right angle fitting included with the clarisea is special, in that it has a loose thread making it easy to thread it all the way on, mating against the included gasket, and acting as a bulkhead at the same time. Typical PVC threaded fittings aren't designed to do this, and instead have a tight thread so that they seal at the thread when used with teflon tape. This means that the 1" threaded to hose barb adapter wouldn't screw all the way on to mate with the gasket. Cutting 1/4" off the end of this little pipe included with the ClariSea unit doesn't impact the ability to use the included right angle fitting down the road if desired.

To solve this mating to the gasket problem I cut about 1/4" off the end of the PVC flow distributor. It's not a very destructive 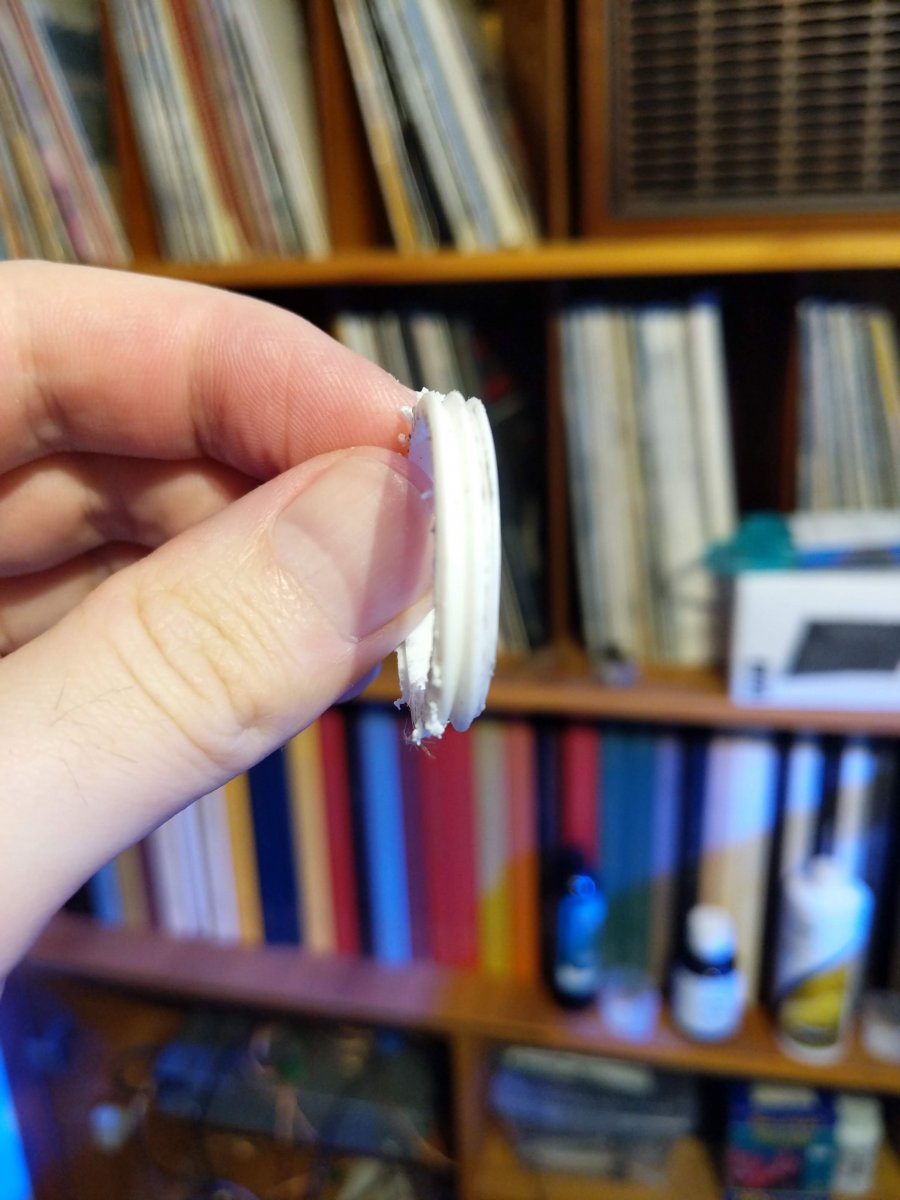 I wrapped the input distributor pipe's thread with a little teflon tape to make it easier to screw on the 1" to hose barb adapter, then screwed it on. Clarisea's assembly video recommends directing the output holes downwards for a gentler flow so I ensured they were pointed down. 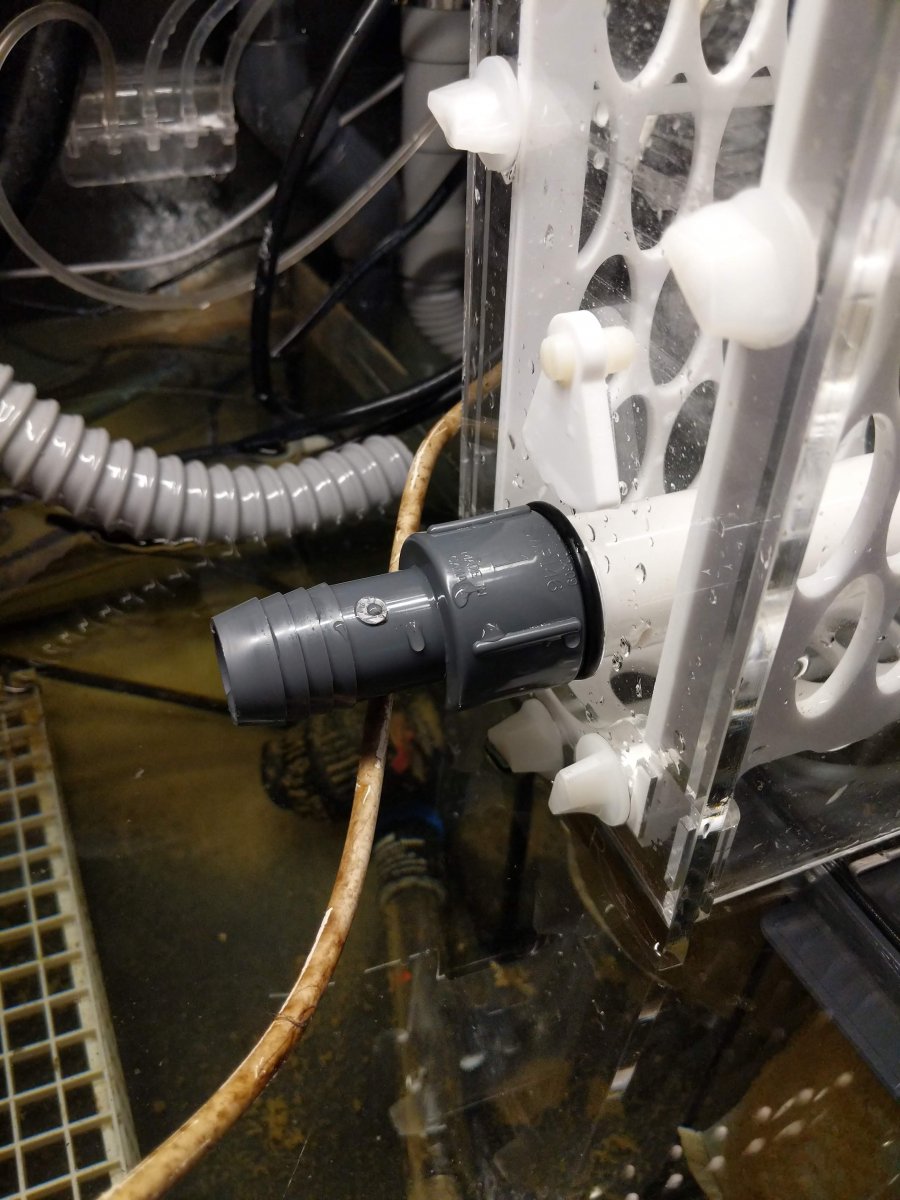 Next I had to connect the corrugated tube to the 1" hose barb. I boiled some water in the kettle, poured it in a coffee cup, then placed 1" of the tubing into the hot water to soften it up. This softened the wall material but didn't really soften the spiral corrugation. I took the hose barb fitting off the clarisea to handle it more easily, then rotated the corrugated tubing counter-clockwile onto the hose barb, while hot. The counter-clockwise rotation made the corrugated spiral open a bit wider and heating the tubing before hand allowed the soft plastic wall of the tubing to stretch a enough to get on the barb. It took about 20 rotations to get it about 1" on. This isn't a high pressure connection so I left it there, re-attached the hose barb fitting to the unit, and tightened the drain hose onto the barb with a stainless steel hose clamp.

I hung the unit off the front of the sump using the included hangers. I put them in the position which raised it the highest from the water because the instructions say the increased head pressure against the fleece makes it last longer. 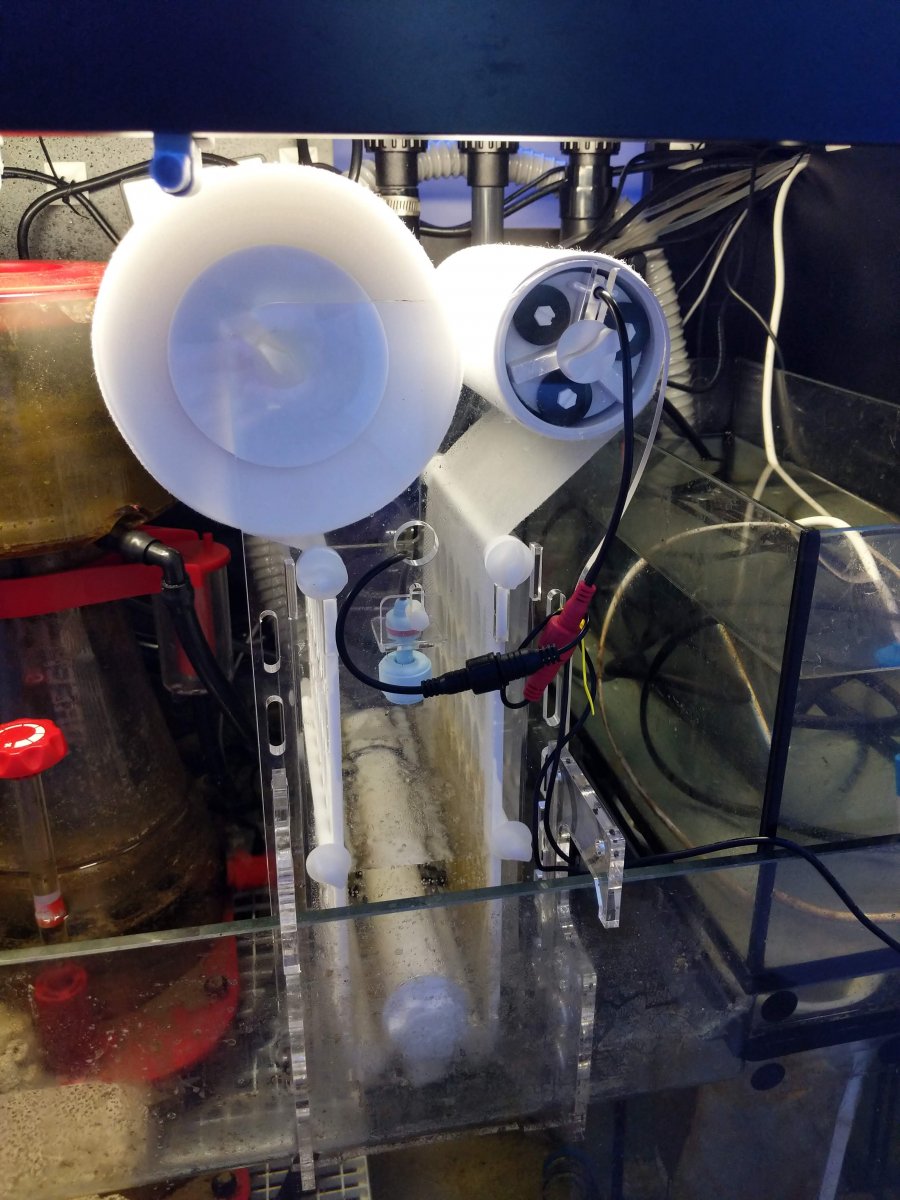 I didn't load the fleece until after the installation, to make it easier to maneuver the unit around the sump as I was doing the work. It also let me see what it's like to install the fleece while the unit is in the sump. Being at the front of the sump, it's easy to access the unit. I've seen photos of people installing the clarisea in the rear right compartment at the back of the sump but I wanted to avoid that so that I could more easily access the unit when the fleece needs changing. Difficult to do work is work that never gets done!

I blew all my rock off with a turkey baster and the unit's cleared the tank faster than my filter socks do. I'm looking forward to the consistent filtration and have already increased the quantity of automatic feedings the tank is going to get. The fish and coral are going to be happier from the extra food!

If you have any questions or feedback, please join in. Hopefully this helps somebody else out there get one of these installed on their own Reefer 525XL without having to remove the auto topoff.

Now this is me, cranking up my auto-feeder after installing the auto-roller:

Nice job and thanks for sharing!!

Red Sea Reefer 525XL Break Down - Getting Out Of The Hobby