I need your opinion on a YELLOW HAMMER CORAL I just purchased.. Green?

So I just purchased an Australian yellow hammer. It was labeled as "FLORESCENT NEON HIGHLIGHTER YELLOW AUSSIE ULTRA YELLOW BRANCHING HAMMER" . (What a mouthful )

I just dipped the coral and its starting to open up... However, I am a little concerned.

It doesn't look nearly as yellow as displayed on the site. I paid a pretty penny for this hammer because the picture showed the coral pretty much as pure yellow. I've heard this vendor is notorious for doctoring their pics, but it looked as though this hammer had a ton of true yellow in it.

What do you guys think? Does it just need to color up some more? To me, the difference is significant. I will not tolerate dishonest vendors, period.

The first photo is the WYSIWYG photo on the site

The second photo is the same coral in my tank 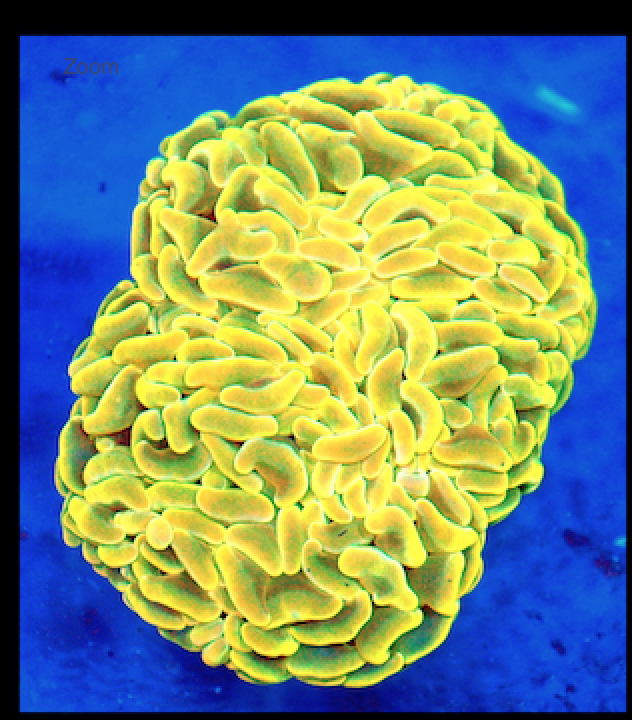 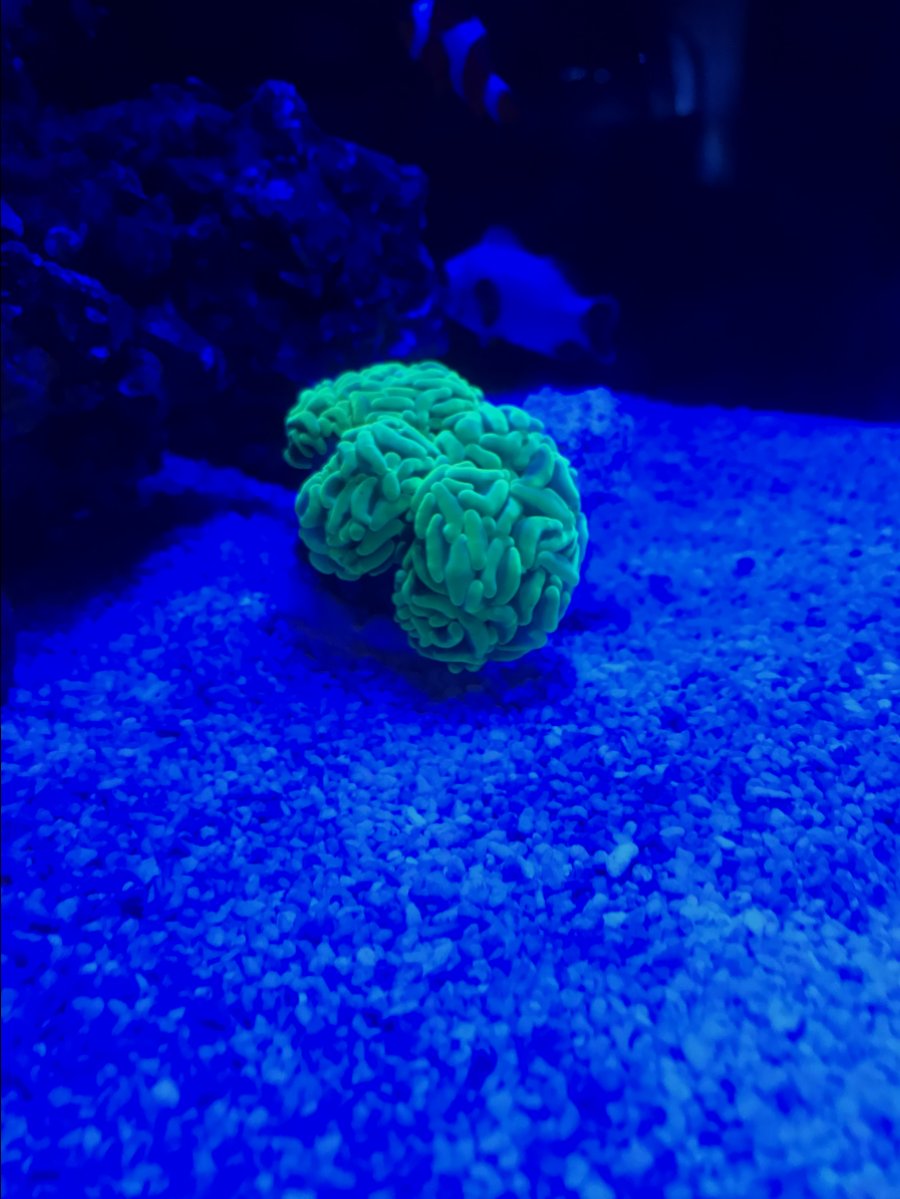 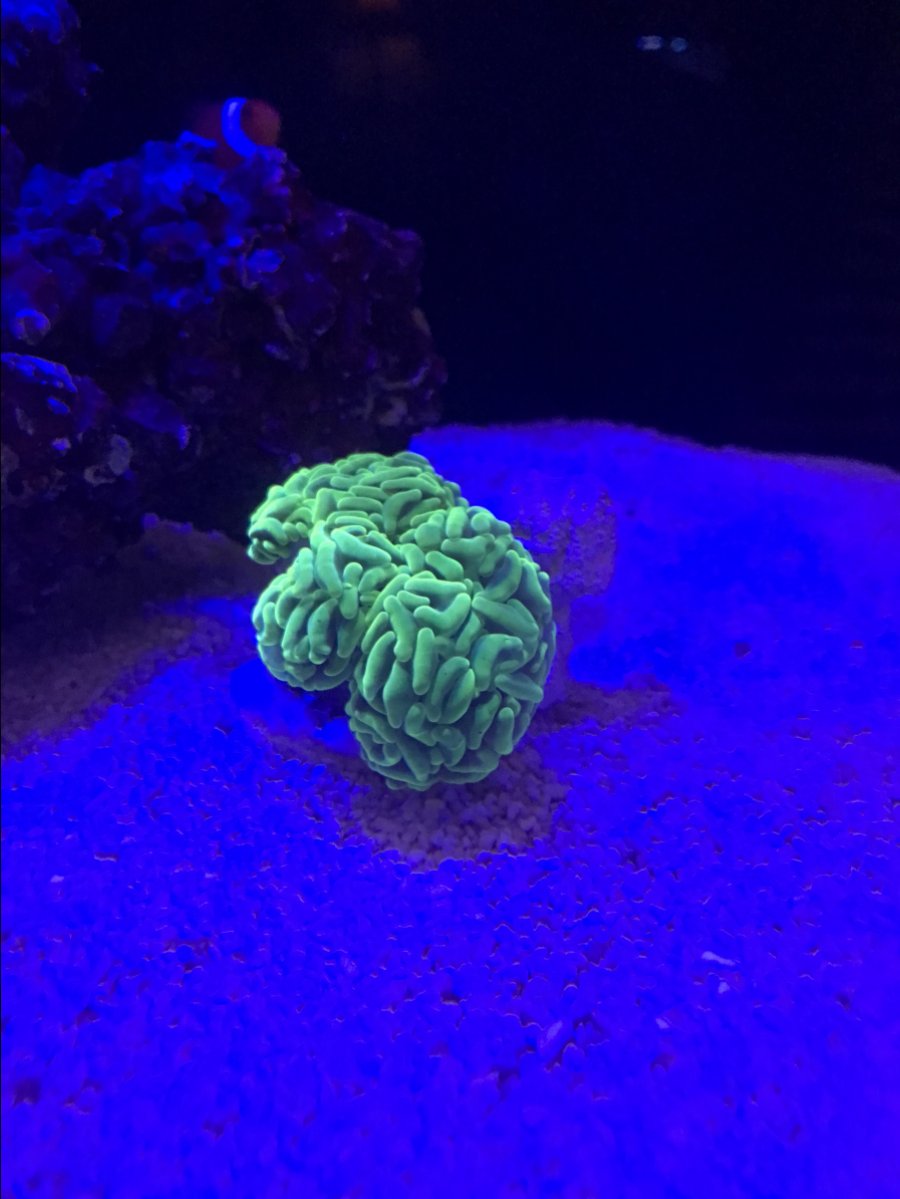 I’ve never heard of or seen a yellow hammer. Green that your picture shows is common, as well as an ultra (pinkish color), splatters (usually green), and a less common blue. I guess it’s possible yellows exist, but I think it’s more likely you got ripped off. Sorry if you did, it looks like a healthy piece at least.

That looks like green. My green and yellow hammers are towards the back 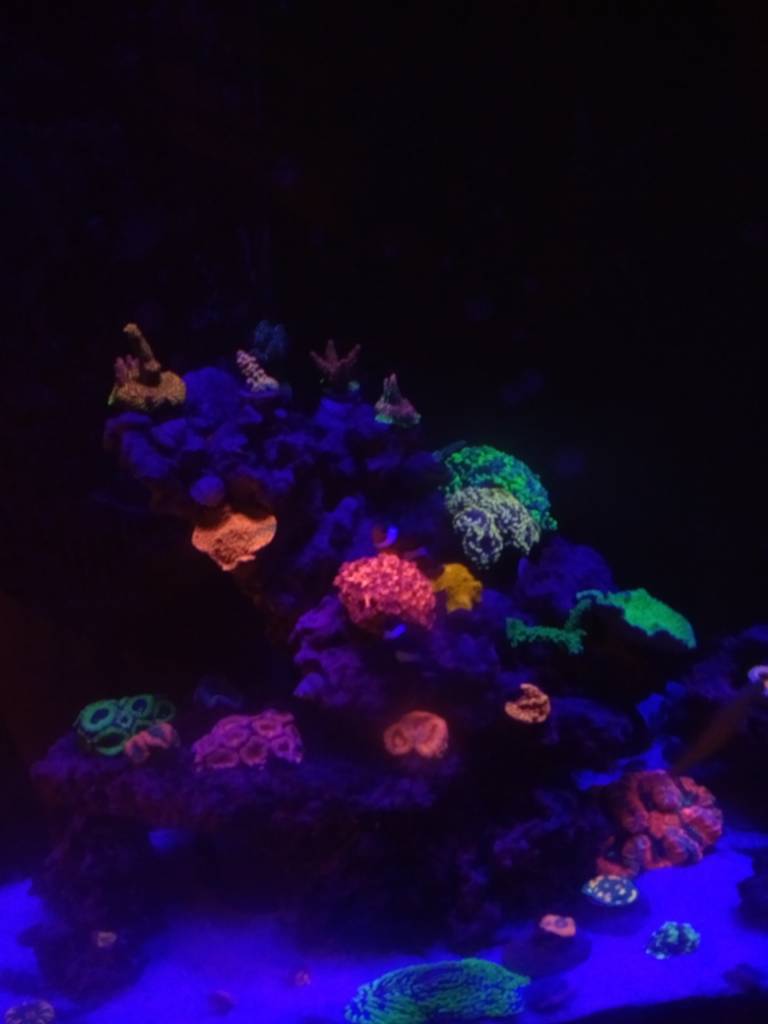 am I allowed to name drop, so reefers know not to buy from this vendor? I don't mean to bash, but this is completely unacceptable; especially in this hobby.
OP

I will be contacting vendor for a full refund. This should be fun
OP

Brian Goldstein said:
I will be contacting vendor for a full refund. This should be fun
Click to expand...

That's not right! Hope you get your money back or atleast charge you the true $ of a green Hammer.
Curious who the vendor is.

You can't be completely unhappy, it grew another half of head before it got to your reef.
OP

KrisReef said:
You can't be completely unhappy, it grew another half of head before it got to your reef.
Click to expand...

lol, I wouldn't even doubt its a completely different coral...
OP

I thought it was just doctored like crazy, but now that I'm looking closer, you could be right LOL.

I’ve had the same thing happen, however I bought it myself in the store. I swear it was exactly as yellow as your first picture but it’s been basically green since I brought it home. Point being that, although that picture has most likely been messed with, it could still be different on your end.

I think WWC has started selling this type as yellow or something. Not quite neon green but also not quite yellow/gold.
OP

I really want to believe this coral was as Yellow as the advertised picture, but I highly highly doubt it ever was. I've seen 1,000's of hammers and this looks like your average green australian hammer. From the time it was put into a box, to the time I received it, was less than 24 hours. There's no question this picture was highly doctored, and beyond recognition,and thats just completely dishonest. The fact "green" wasn't mentioned anywhere in the description, but "yellow" was twice, (not to mention the picture literally looks as yellow as a neon lemon) is even more dishonest. The seller was obviously using the "yellow" aspect as the main selling point.

Curious which vendor... if its who i think it is thats kind of a bummer as i was thinking of placing an order.
OP

the vendor is Extreme Corals
R

Yeah, that's most definitely not a yellow -- yellow hammers do exist and I've had them in the past -- probably getting some in this week as well -- you can most definitely tell a difference. 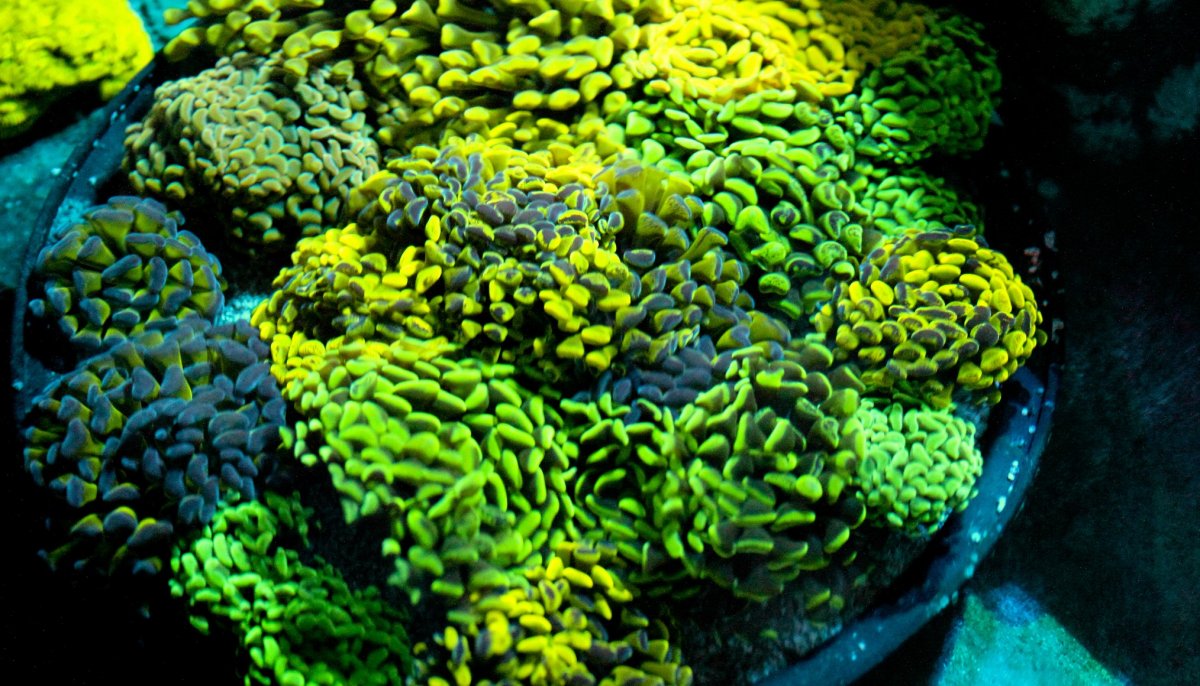 Reef Bazaar said:
Yeah, that's most definitely not a yellow -- yellow hammers do exist and I've had them in the past -- probably getting some in this week as well -- you can most definitely tell a difference.

Yeah, I know its not and I know they exist... Do you ever frag your colony? it's so nice.
OP

this was the response from Extreme Corals"

"That coral is absolutely yellow under our lighting, I have 300 heads of them and sell thousands of heads a year. I cannot guarantee how they look under your lighting but that coral looked exactly as photo. Thanks"

not the response I was hoping for.

Where to put a hammer coral