In reefing what area do you excel in and struggle in?

We are just getting started with this endeavor so I can't really say what we excel at yet. I do like to think I'm pretty good at building things so I'll go with that. The rest remains to be seen.

I’m actually good at having patience because I enjoy things like the process of setting up a tank and gradually stocking it and I’m pretty good at researching before buying something because I enjoy learning more about livestock I want and planning out what I need to do to be able take care of them. I’m also good at understanding reef chemistry

I’m terrible at controlling algae, but I guess I can blame that on the fact that my tank is still pretty young. I’m just bad at understanding how to fix tank issues in general and knowing why they’re even happening. There’s so many factors that could be affecting a problem/causing it and it seems like everyone has their own idea on how to fix it and I have a hard time determining what might be happening with my tank or how I should fix its problems. 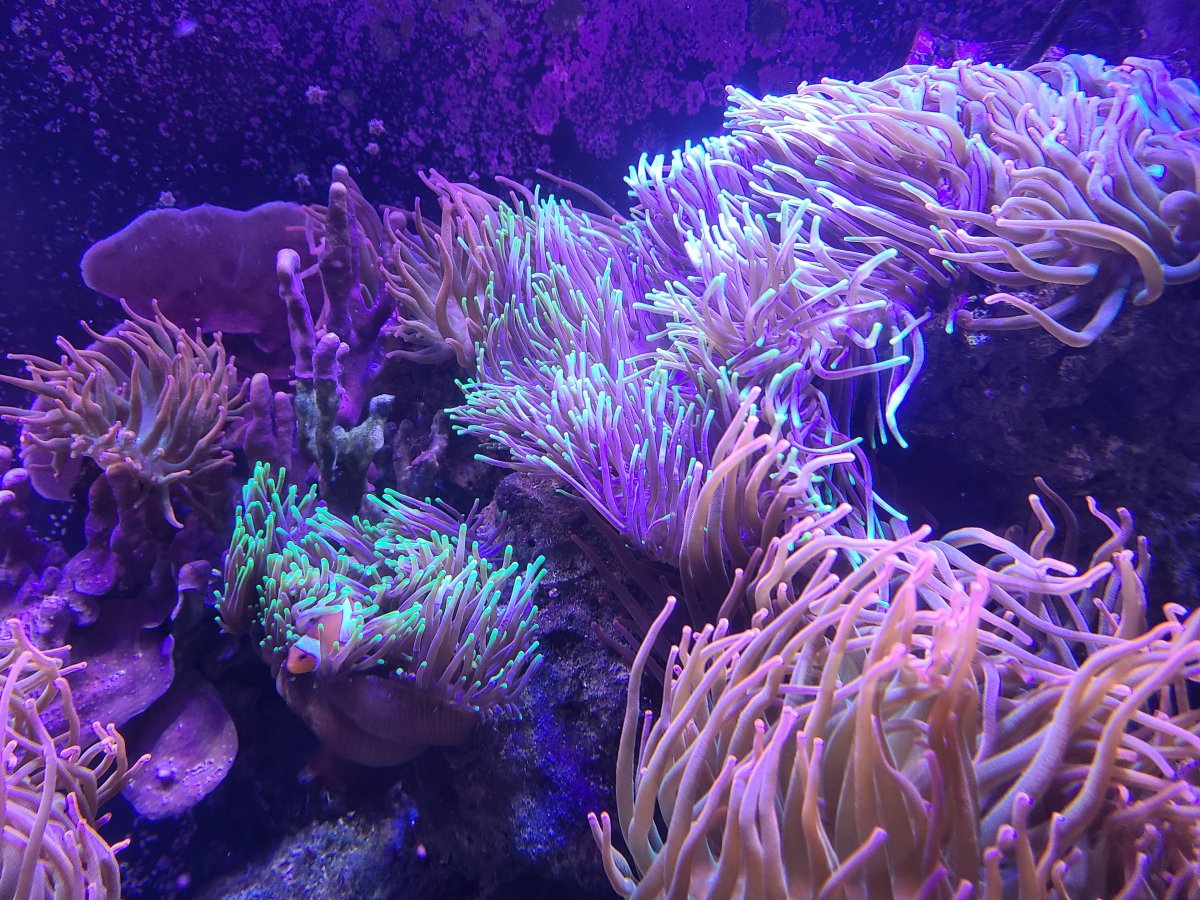 Also I really enjoy helping others, especially newbies in the hobby.

I excel at making water cloudy and killing fish !

I excel at the buying corals part, I struggle with water changes

I am very good at planning the installation of equipment, building parts lists, laying out where things need to go, and marking cables ends.

I am good at spending! Specially when my wife is not paying attention

I guess I excel at growing most SPS, Acro LPS and soft corals. They all seem to grow at ludicrous speed. Except my struggling acans (go figure).
I also think I do pretty well with the husbandry of my fish. I've had very few losses over the past 5ish years, and they all seem fat, dumb and happy. Fingers crossed.
And lastly, I think I'm pretty good at NOT overspending on things that I want, but don't necessarily need. My wife helps a lot with that. Eventually I'll get that FOWLR tank, but it's just not in the cards right now.

I struggle with keeping my corals pruned. I'm not much of a fragger. I've got some really big colonies and some of my corals have grown into each other, caused some fairly serious warfare, excessive shadowing, and effected flow. I'm working on that.
A recent outbreak of GHA in certain areas of the tank suggests that I'm not nearly as good at algae control as I thought I was. Working on that too. Baby steps.

All in all, I'm still very happy with the tank. The struggles and challenges just keep things interesting.

Owner/ Operator of the worlds most crowded Evo

I’m very good at sticking to my maintenance and testing schedule.
I struggle with trying to keep my hands out of the water.

srad750c said:
Right now its vermitid snails, really getting ticked. I don't even know how it got started, I actually do, have not gotten a new coral in over 3 years. Been just maintaining my tank, lost interest in new things after my 5 year old red planet mysteriously died.
Click to expand...

I excel at obsessively checking Today’s Post to see if I can learn something new.
I’m not good with getting my frags glued on my rock work. I haven’t figured out a full proof procedure.

My weakness at the beginning was proper acclimation. I used to drip acclimate the fish for a while before putting them into the tank, and it wasn't until much later that I learned that the water loses temperature fast.... Many unfortunate losses before I learned this.
Now my weakness is making impulsive purchases that end up! I also suck at gluing frags.

I enjoy welcoming anyone and everyone to the reefing community. The more the merrier and variety is the spice of life!
I'm also pretty good at the system design and DIY stuff.

My wife says I excel at spending money.
Ironically, that's probably also where I struggle. Well, that and algae.

1. What are do you think you excel in when it comes to reefing?

Having overall knowledge of reefing as I am in year 34 of reefing and former full line pet store owner. Strength is problem solving and suggestions for the reef hobbyists as i did for my customers.

2. What area of reefing do you struggle with the most?

Many SPS do challenge me but I tend to recover from those challenges. Other area would be is Taking GOOD closeup photos.
A

I excel at buying corals.
I struggle with paying for them : (

I excel at spending money in this hobby... lol

I excel at being knowledgable about this hobby, i know quite a bit about fish and coral requirements, but i can always learn more

QUESTION OF THE DAY Reef Aspirations: What do aspire your reef tank to be?
2 3

QUESTION OF THE DAY Chillers, Fans and Air Conditioning: How will you keep the tank cool this summer?
2 3 4

QUESTION OF THE DAY The easiest and hardest coral to thrive in YOUR saltwater reef aquarium is...
3 4 5 6 7