I have had an interesting experience with head and lateral line erosion on my Tomini tang and thought I'd share. When searching through forums I didn't find a lot of information on recovery/healing so I wanted to provide what I could in real-time. Unfortunately, I didn't get any photos when it was at the worst but the lateral line was mostly white and there was significant peeling around the eyes/front of the head.

I purchased this fish on 10/13 and put him in my cycled 20-gallon quarantine tank initially for observation and with the intention of treating with Prazipro and Paraguard preventatively. The filtration was a typical HOB and I was initially using BRS bituminous carbon before the medication. Based on Jay's research on HLLE, I suspect this might have been one of the primary issues. After two weeks of feeding/observation, I removed carbon and began treating with Prazi. Within a couple of days, the fish started to show some signs of HLLE which progressed quickly. After some reading, I figured water quality in the small tank (although I was testing for ammonia) or remnants of carbon might have been contributing so I cut the QT short and moved the tang to my display.

The fish has now been in the display for a week and I have been feeding a mix of frozen foods with Selcon. It cruises CONSTANTLY grazing on algae which was absent in the QT. After a single week it is looking MUCH better with the lateral line almost completely healed and major improvement in the face. I will provide updates until it is (hopefully) fully healed but I thought others might appreciate some visual evidence. 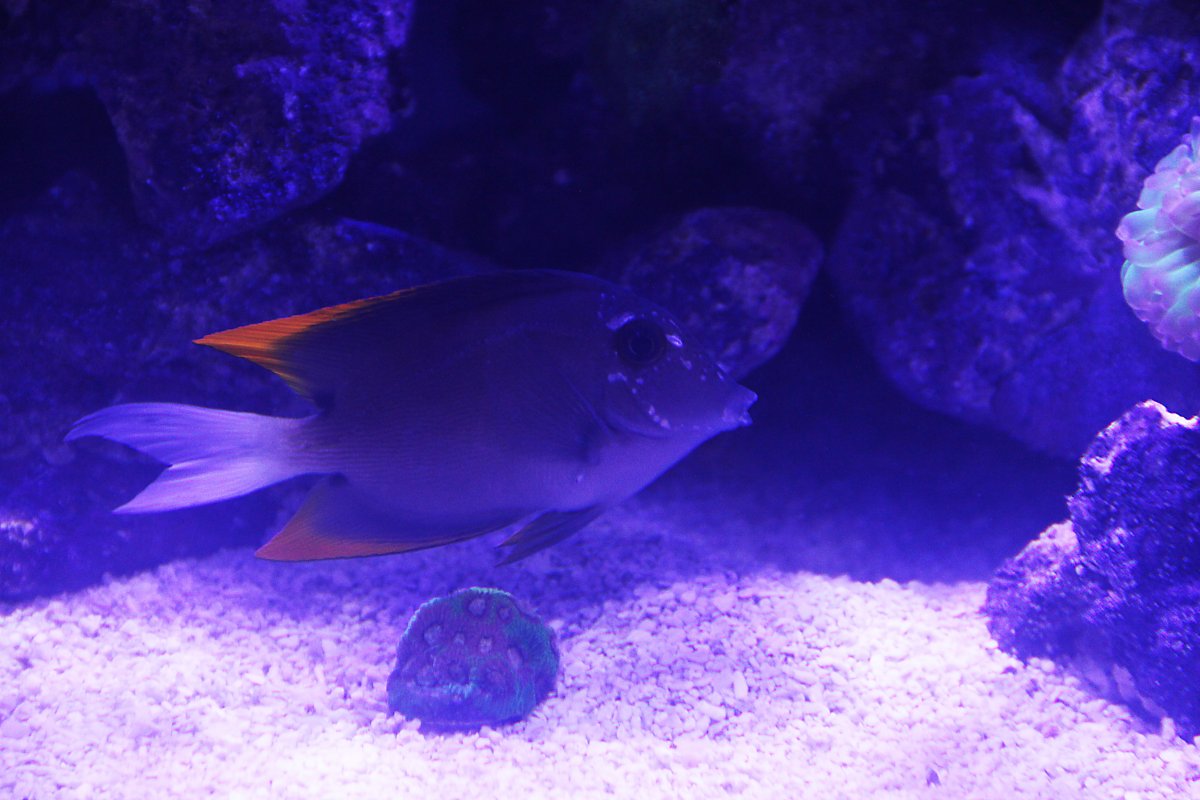 put it in a bigger tank, HLLE is non contagious and according to paul b, it comes from a overstimulated Lateral line

Glad to hear the fish is doing better.

That is gonna be very helpful thread for those who are wondering how much time it takes approx. Like me lol.
I am also having a similar issue now. what is your mixed frozen food ingredients?
OP

Trueruby said:
That is gonna be very helpful thread for those who are wondering how much time it takes approx. Like me lol.
I am also having a similar issue now. what is your mixed frozen food ingredients?
Click to expand...

This is the primary food that I feed but I also do some plain mysis, etc. I was giving nori as well but with the amount of grazing he’s able to do in the display tank he’s way less interested than he was in QT.

Here is a quick update. I see continued improvement with some of the smaller specks on the face completely healed and the larger ones shrinking. 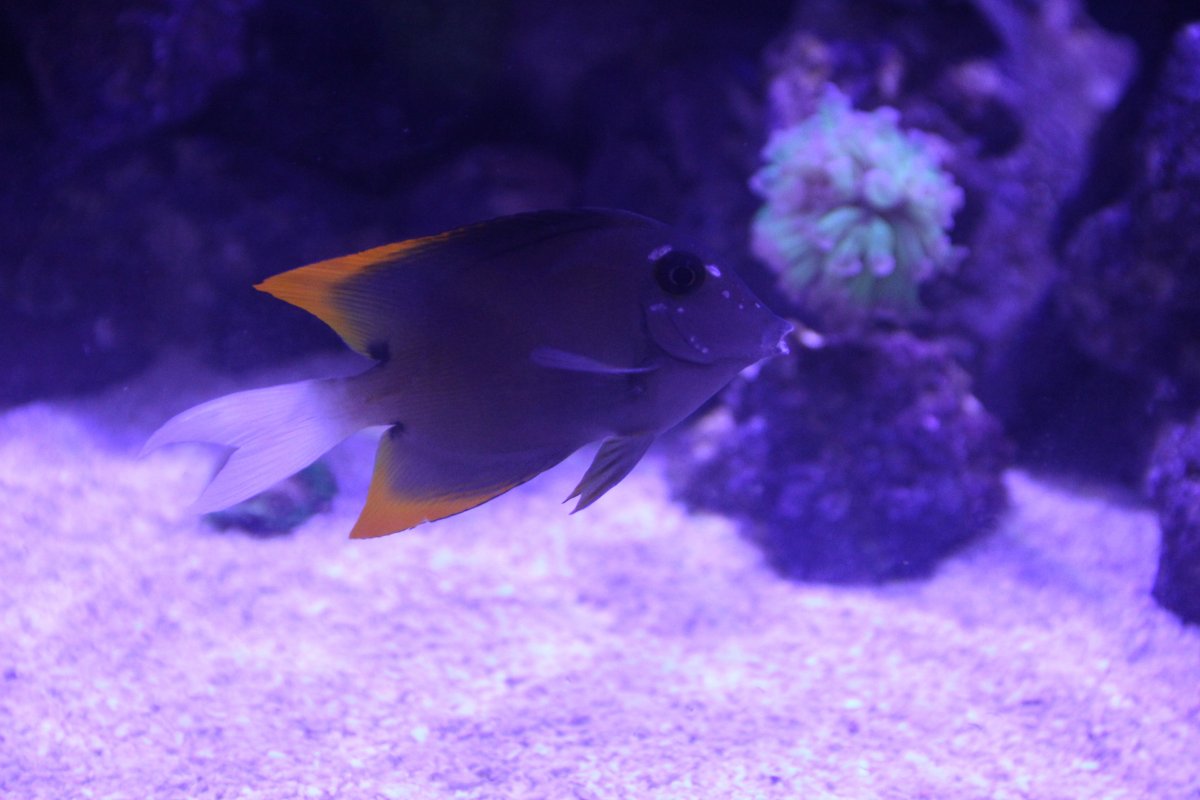 Ok, one more quick update. I'd say this guy is about 90%+ healed and I likely won't post any additional photos. It took just about a month from the time I moved him into the DT to the picture below. 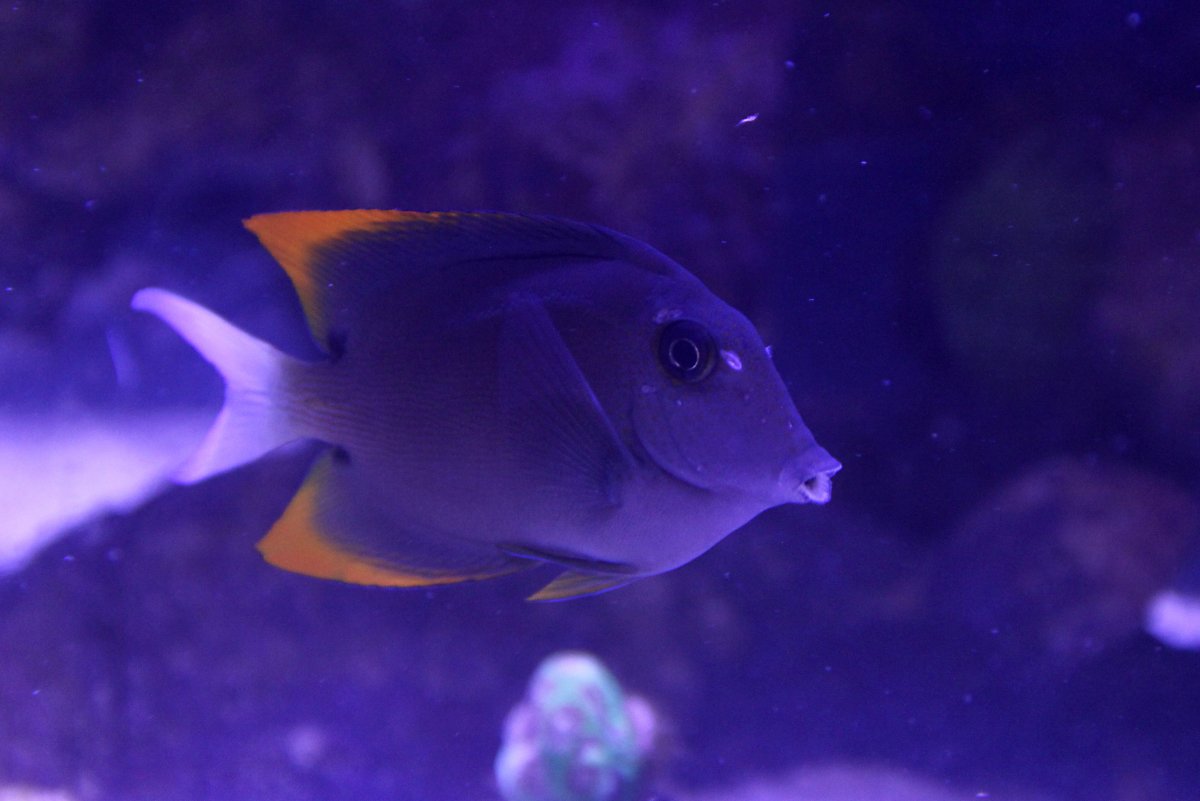 S
Naso tang with potential HLLE or some other flesh eating parasite.