Hi all,
I’ve recently dosed my tank with cemiclean in hopes of riding the cyano algae…..it had little to no effect and my skimmer is still acting crazy.
Is this stuff really cyano?? It’s like a carpet of purple on the sand floor.
Thanks for the help 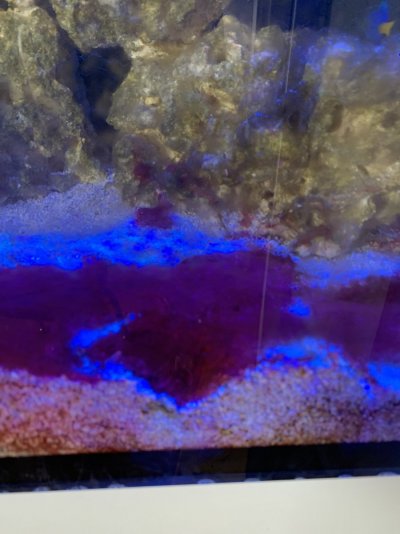 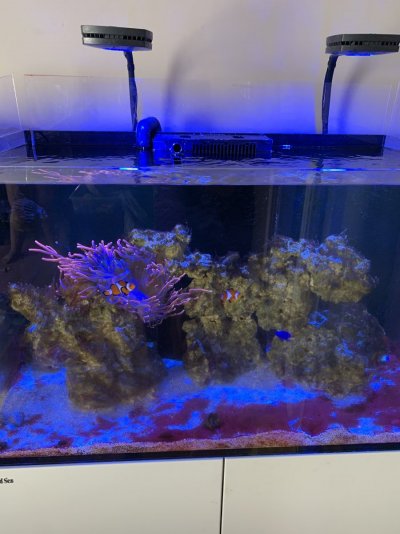 Looks like cyano but appearance isn't a surefire way to ID algae. The best way to deal with cyano is to physically remove it from the system and then a product like chemiclean can take care of what you can't get but there is a danger in causing harm to your system if the chemiclean does cause a large die off of cyano.
Also one way to differentiate cyano from say dinos is that they both blow off easily but cyano tends to be more mat like and dinos don't come off completely, even if it seems like they do. They are microscopic so you can only see the conglomeration with the naked eye and they can re-conglomerate in a matter of minutes. Diatoms on the other hand don't tend to mat up as much as cyano and usually have a more golden appearance. However, generalizations are hard to make with algae because there are so many varieties of each type.

Is bubble algae starting to beat my cyano?