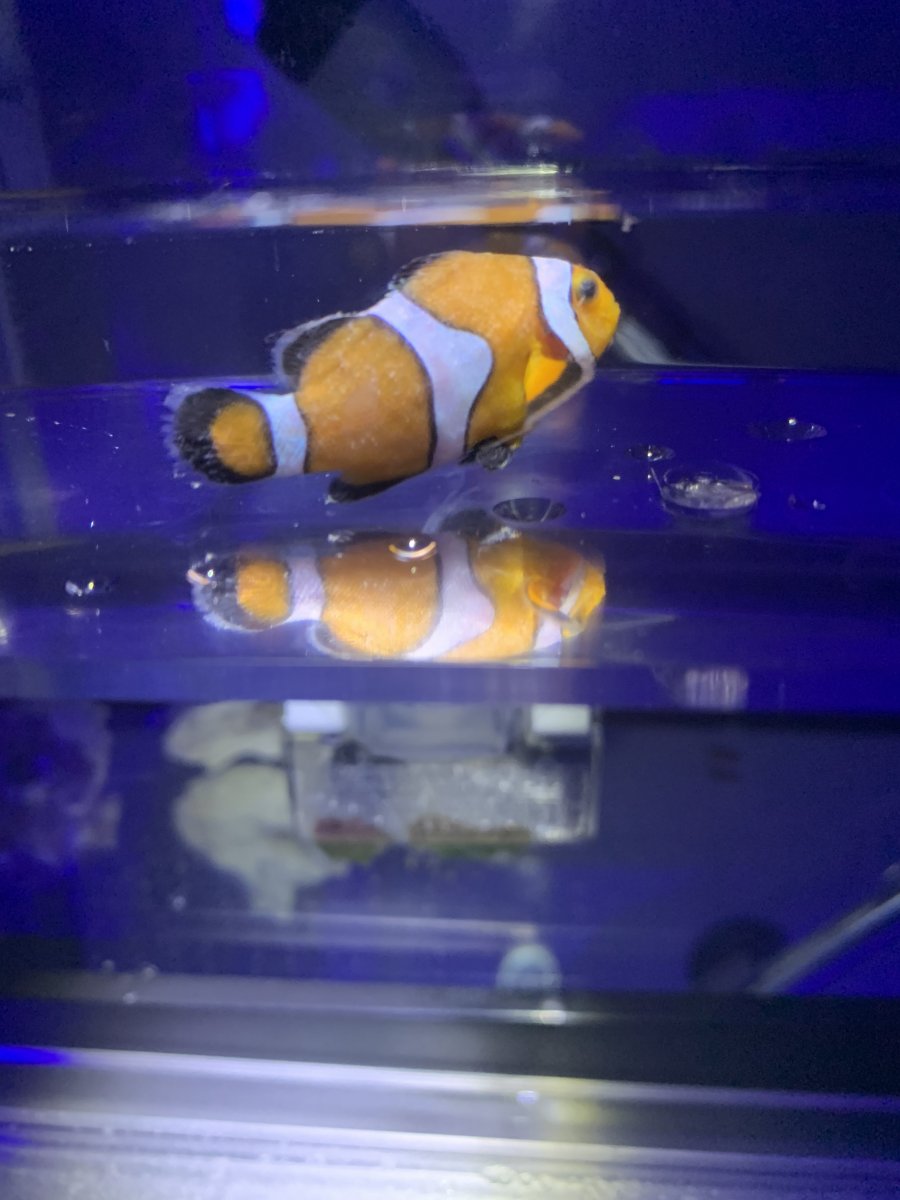 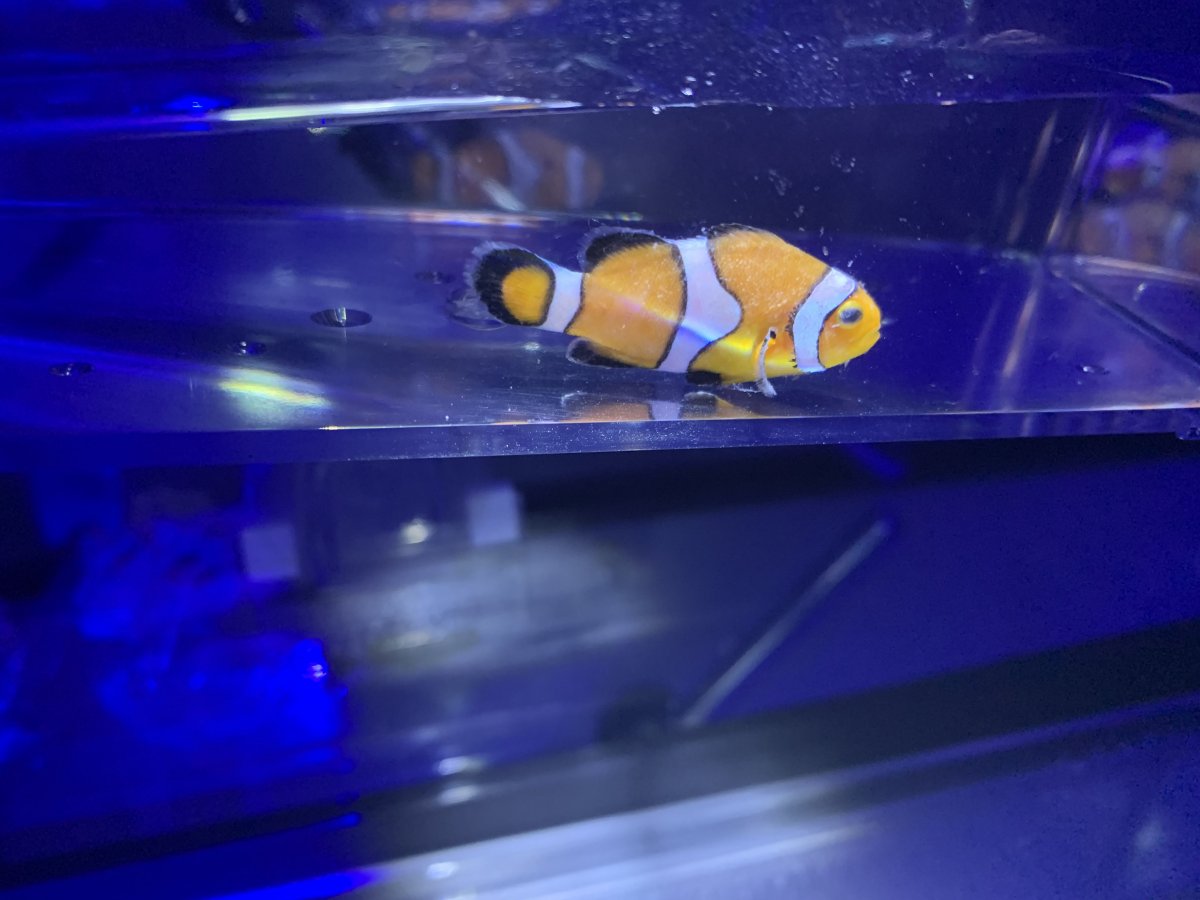 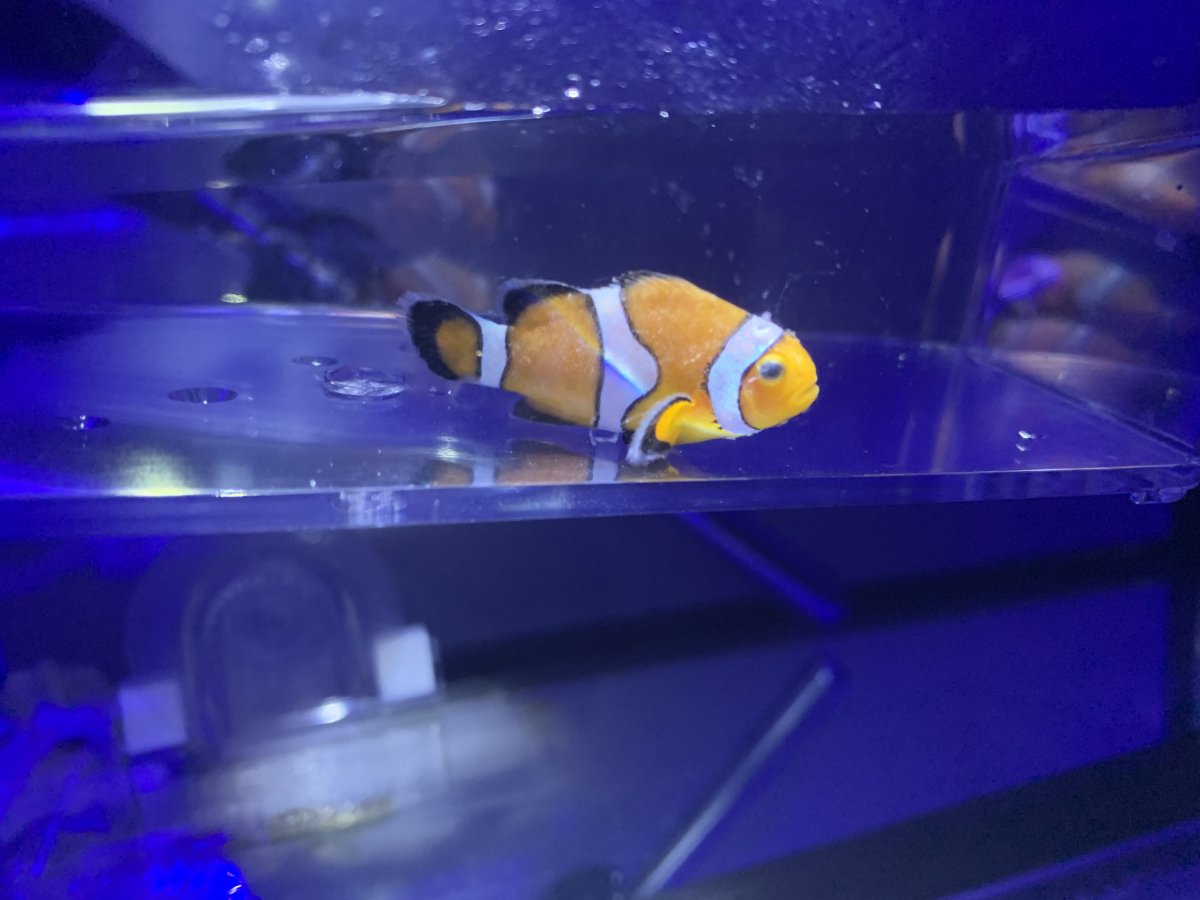 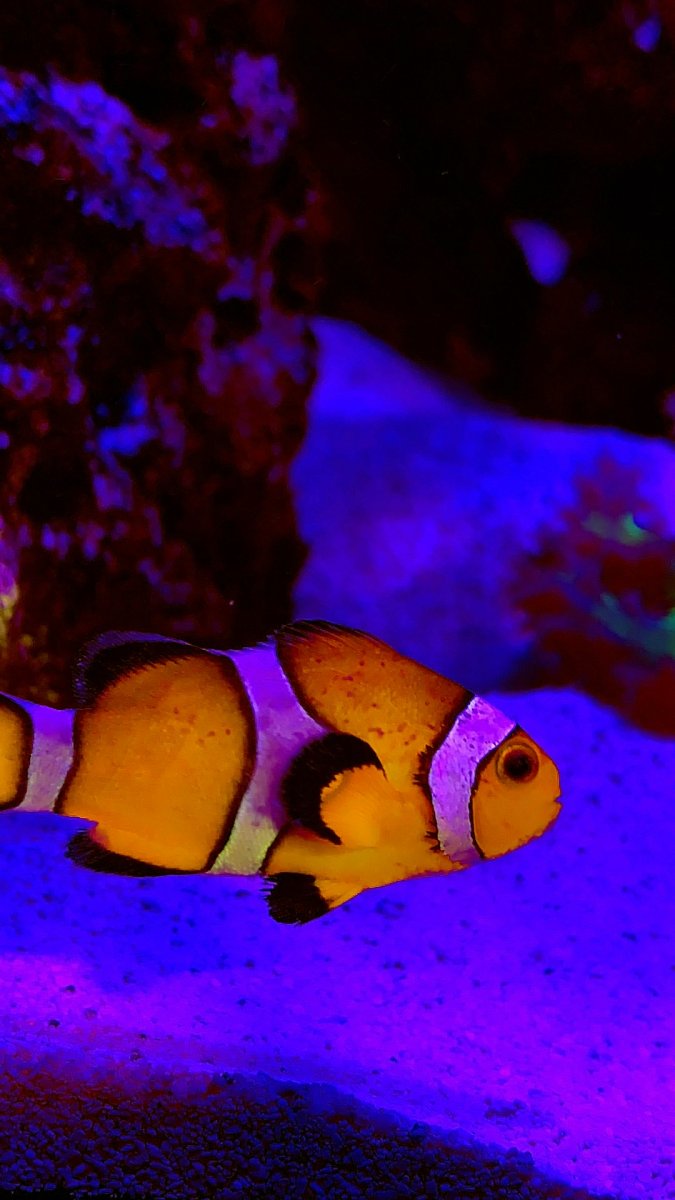 Please help! The Red dots in the second picture are actually white. It almost looks like a film so I’m not sure if it’s ich or something else. I also have corals and I’m not sure what to do!
Last edited: May 9, 2021

I uploaded new pics. I was able to catch him.
OP

vetteguy53081 said:
Pics are too blue but bottom one shows possible stinging from anemone or hammer coral
Click to expand...

I posted new pics. I have two small hammer corals but he doesn’t go near them. I also have a tiny bubble anemone that likes to constantly move around the tank.

Busy_bee said:
I posted new pics. I have two small hammer corals but he doesn’t go near them. I also have a tiny bubble anemone that likes to constantly move around the tank.
Click to expand...

New pics help. Its amazing how lighting can be deceiving. This fish has the typical clown disease known as Brooklynella. At the onset, fish may scrape up against objects, rapid respiration develops, and fish often gasp for air at the surface as the gills become clogged with mucus. Very quickly the fish will become lethargic, refuse to eat, and its colors will fade. The most noticeable symptom of Brooklynella is the heavy amount of slime that is produced by a fish that has contracted this parasite. As the disease progresses, a thick whitish mucus covers the body. This will usually start at the head and spread outward across the entire body. Skin lesions appear and it is not uncommon for signs of secondary bacterial infections.
Typical treatment is a standard formalin solution is mixed with either fresh or saltwater in a separate treatment container. Initially, all fish are given a quick dip in the formalin at a higher concentration, followed by continued treatment in a prolonged bath of formalin at a lower concentration in a quarantine tank (QT). Of course, the longer the fish are exposed to the formalin treatment, the more effective it will be at eliminating this disease.
If a formalin solution is not available for immediate use, temporary relief may be provided by giving fish a FW bath or dip. Even though this treatment will not cure the disease, it can help to remove some of the parasites, as well as reduce the amount of mucus in the gills to assist with respiration problems.
Treatment is best done in a QT tank.
OP

Thank you so much! I was able to catch the baby and get it to the “dip” container. From there he’s going straight to the QT.

EMERGENCY Is this ich or velvet?
2