Summer time with high humidity has wrecked my equipment. My apex system completely shorted and now my lights, dosing, and programs no longer run. Super frustrating.
I am at 8 heads. 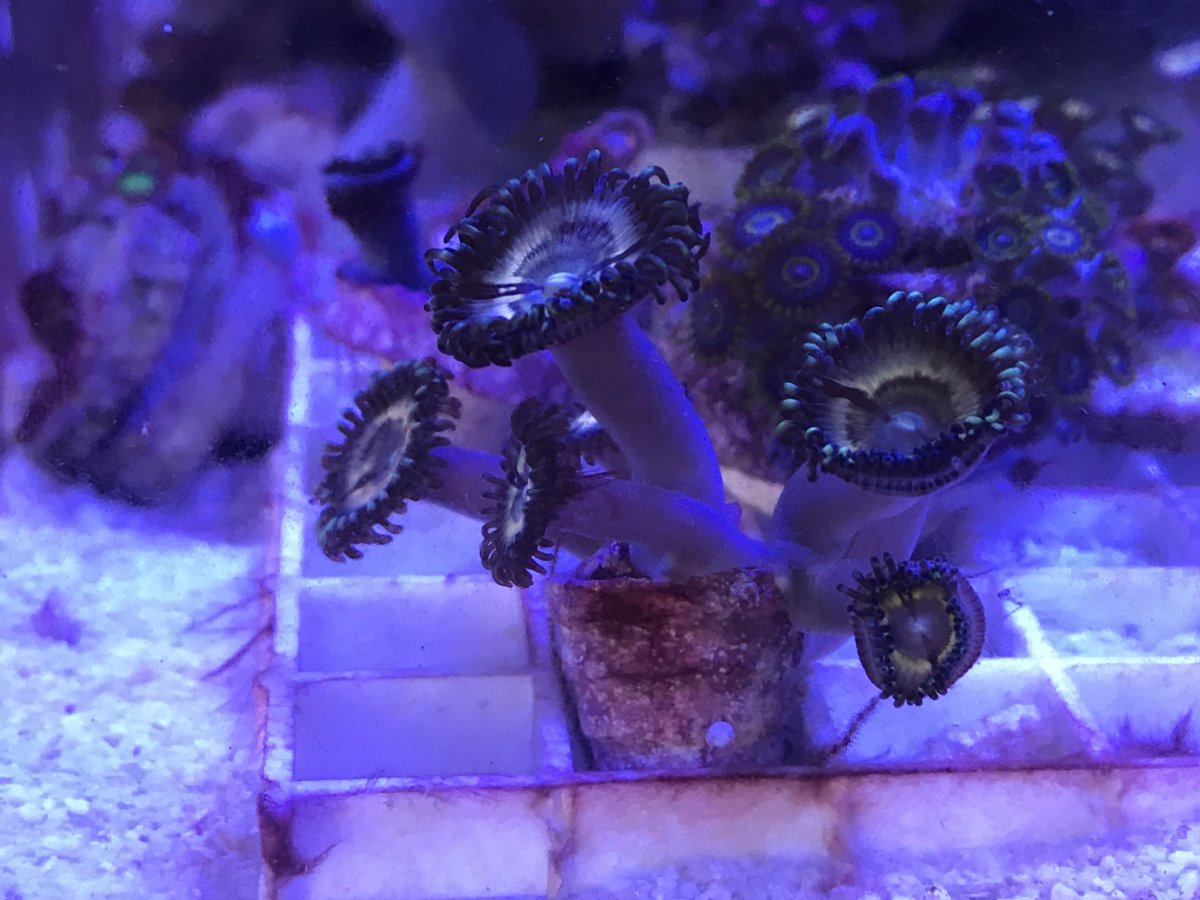 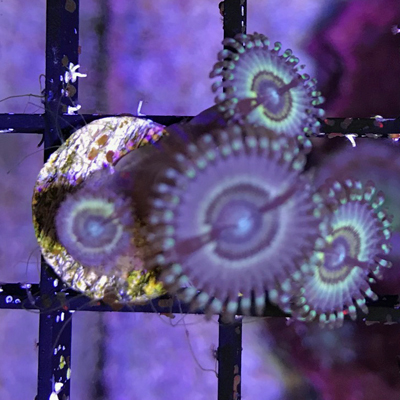 I’m still at 11 heads. It was a slow month, plus didn’t help my water temps were on the warm side.. 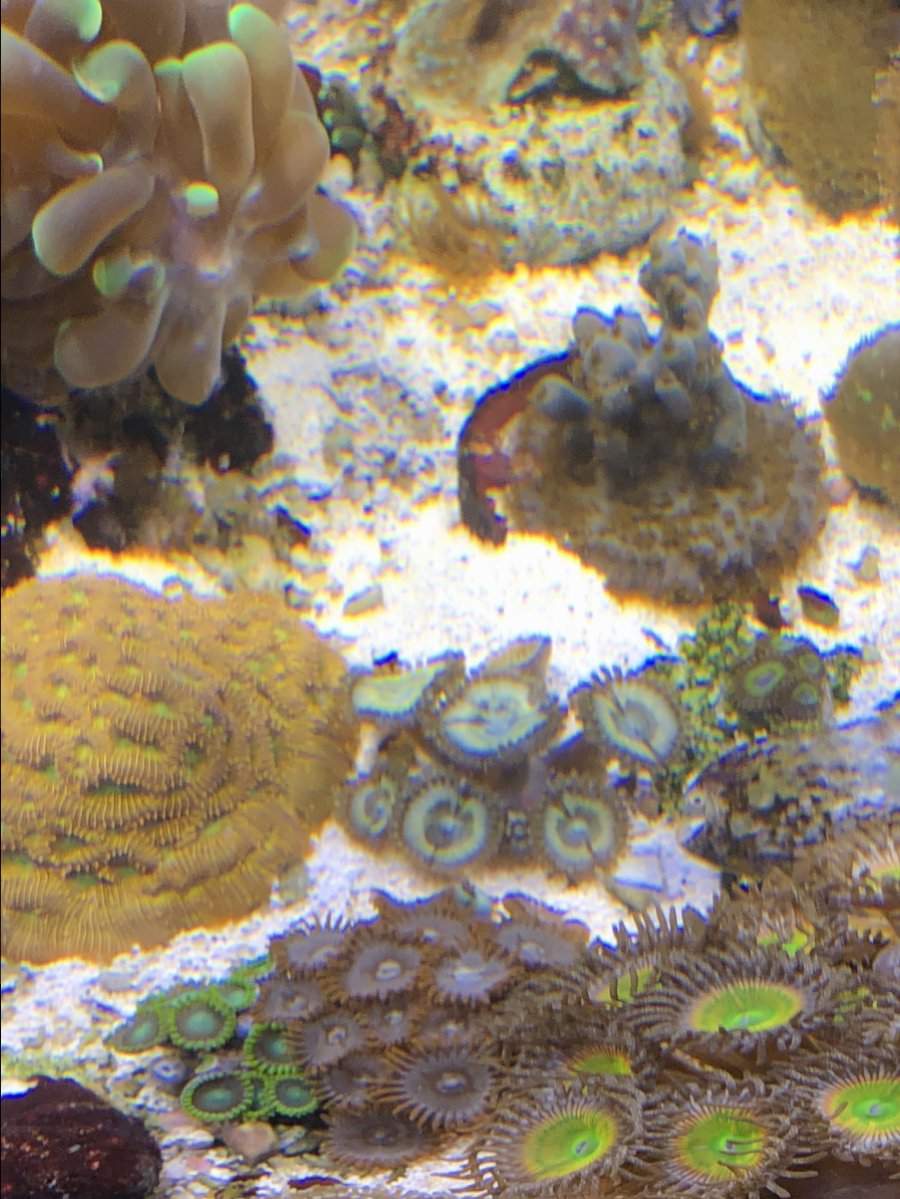 That’s odd mine seemed to flourish the last month and my temps have been on the higher side (around 80). Would everyone be willing to share their lighting and general tank specs once this is over?
OP

Make sure that all the polyps are visible in the pictures that you post. You can post a few pictures, or a video, if they can't all be seen from one angle. I just have to be able to count the polyps.

When is the final day? I’m way behind but can’t get everything in a picture due to them deciding that growing under the plug is a good idea. [emoji3]
OP

NeuroticAquatics said:
When is the final day? I’m way behind but can’t get everything in a picture due to them deciding that growing under the plug is a good idea. [emoji3]
Click to expand...

This is the last month, so August 31st at midnight pacific time (so 3am on September 1st for east coasters) will be the deadline.
Multiple pictures are fine. I have to be able to count all the polyps! Please let me know if there's any confusion!
J

Final Count was 13, one is kinda hard to see so I marked them all.. it was fun all, we should do it again 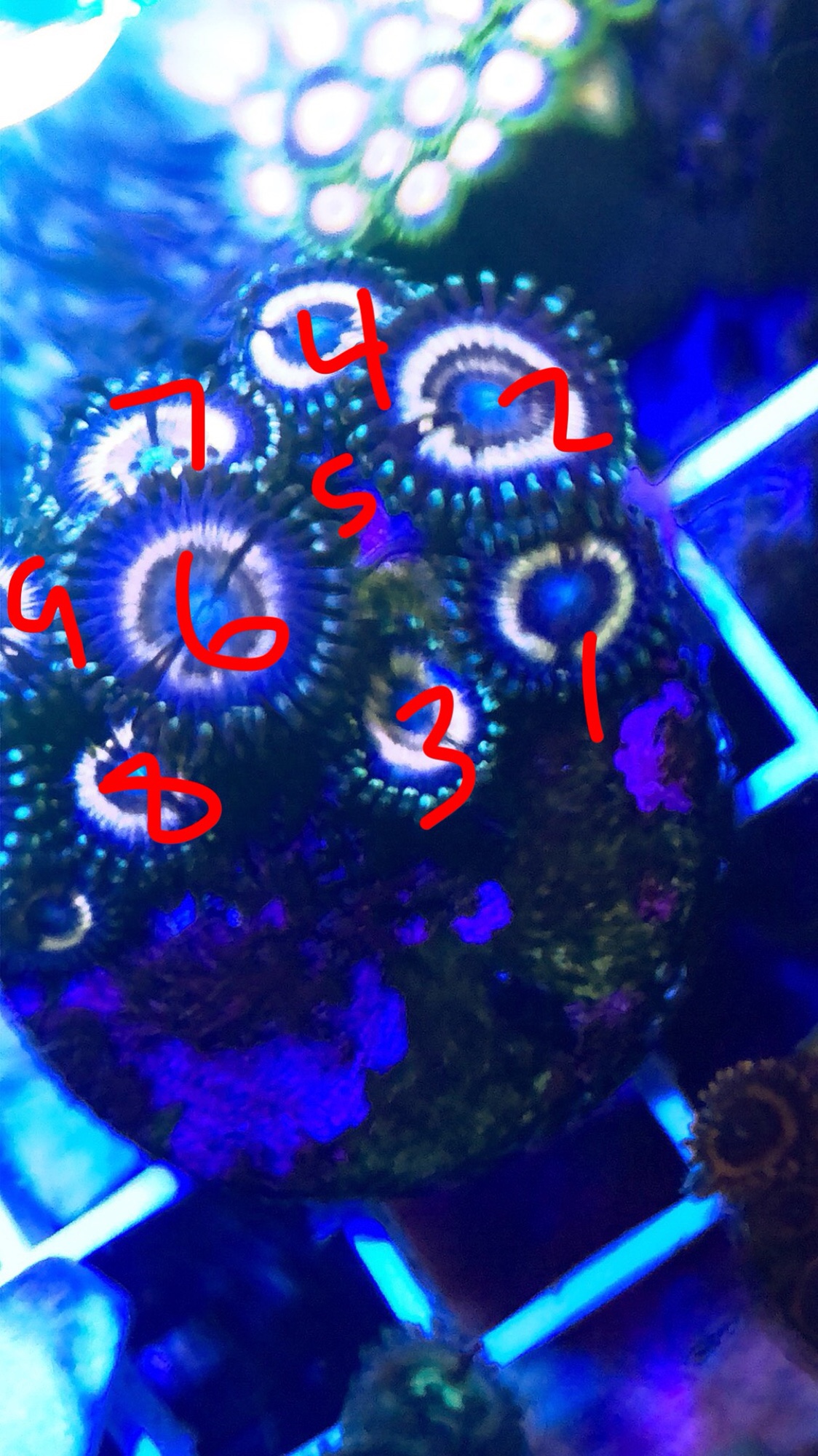 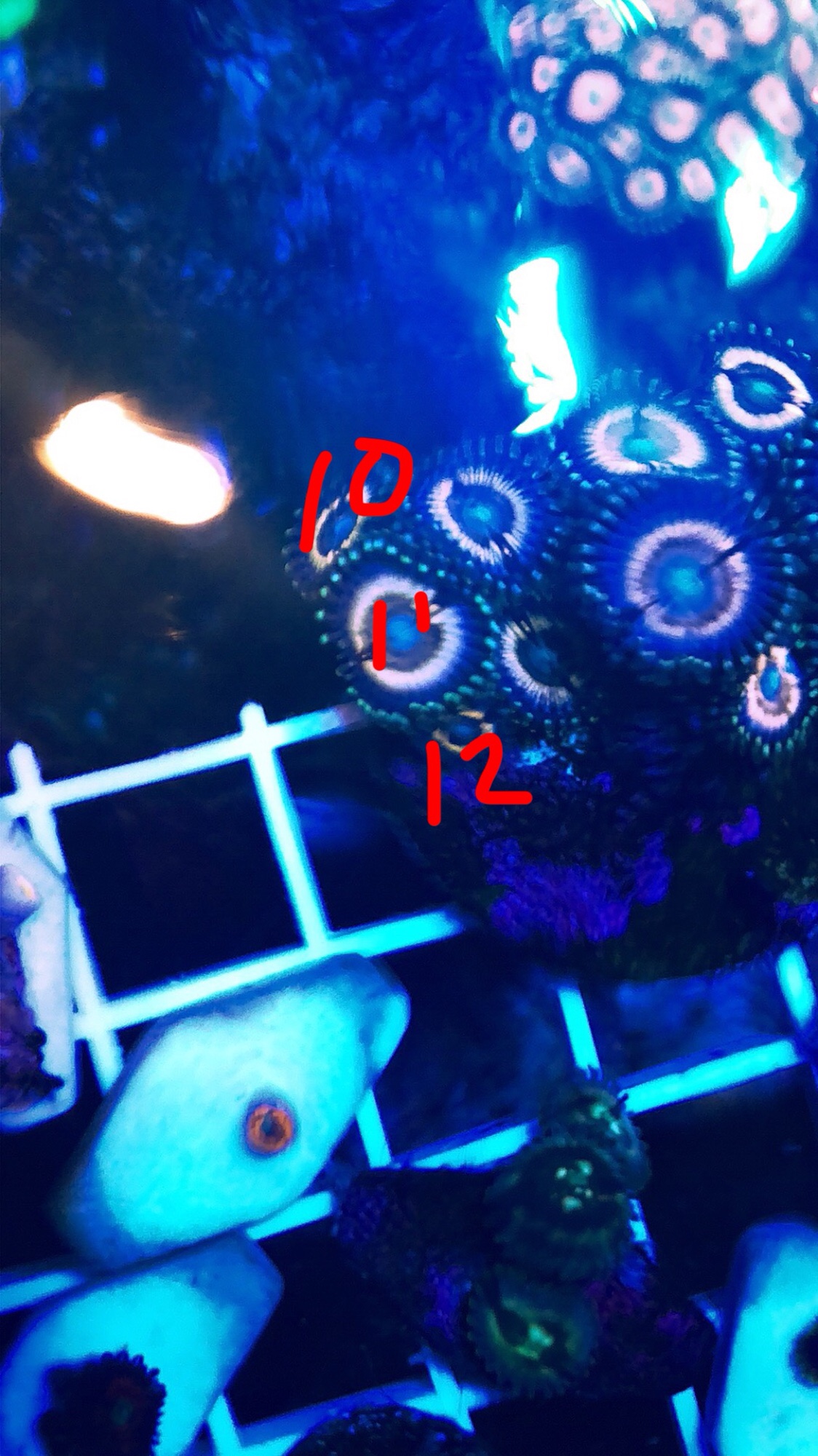 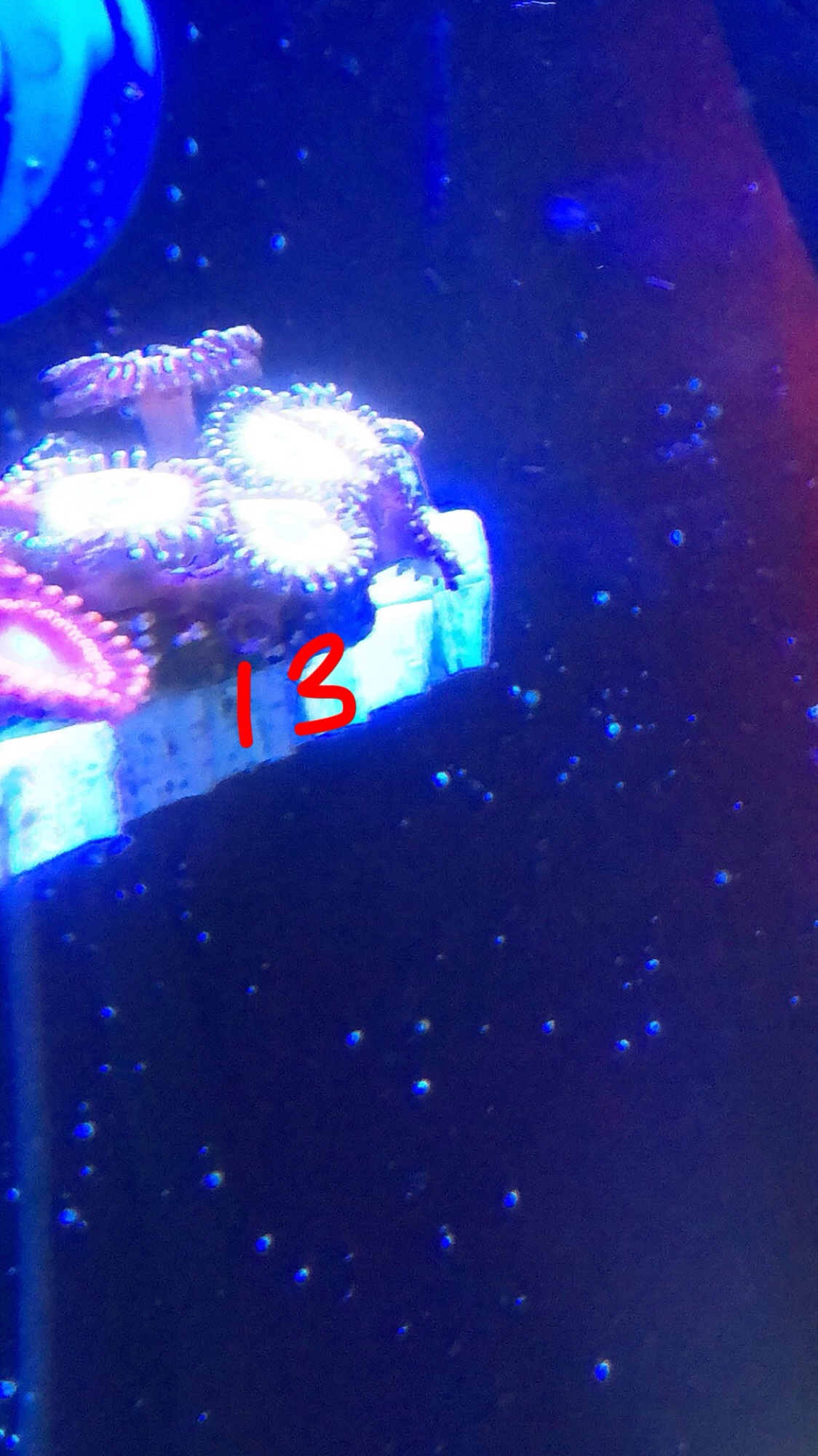 I’m going to bed now (us old folk do crazy stuff like that on Friday nights). [emoji3]
I’m still at 8 polyps. If that wins, super cool. If not, this has been fun and I hope Legendary does more of these in the future. These Petroglyphs are one of my new favorites, so it’s all good!

Good luck to everyone! 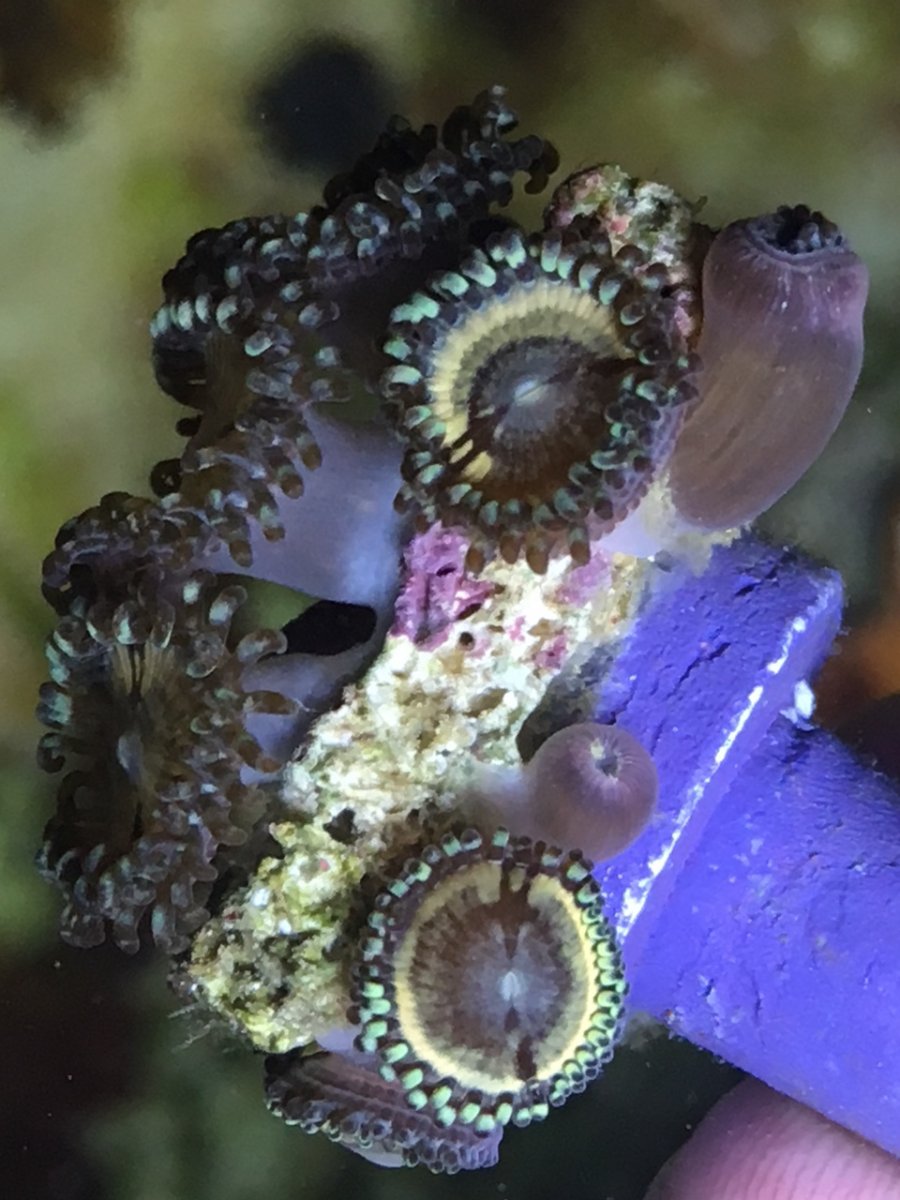 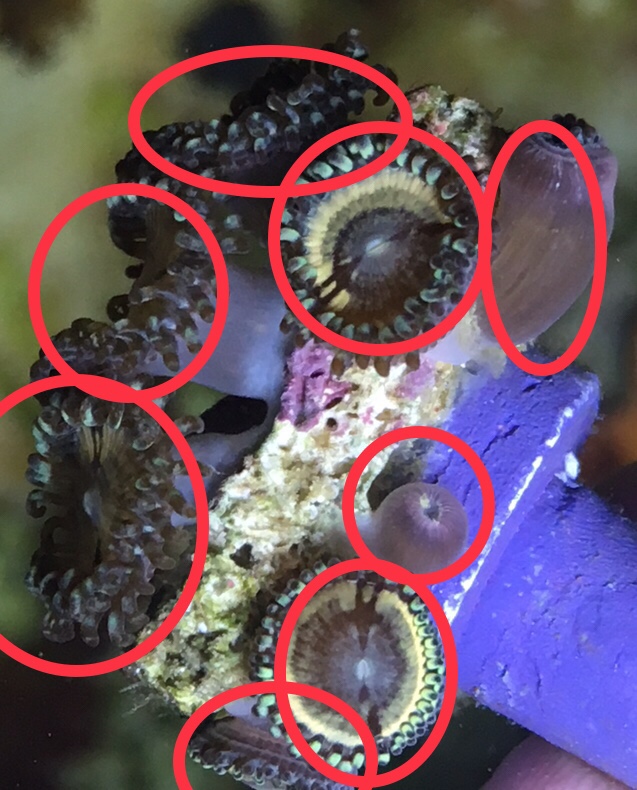 Phew! Made it home just in time before my lights went off. Here are the best photos I was able to get. I am at a total of 8 heads. No tiny baby heads. 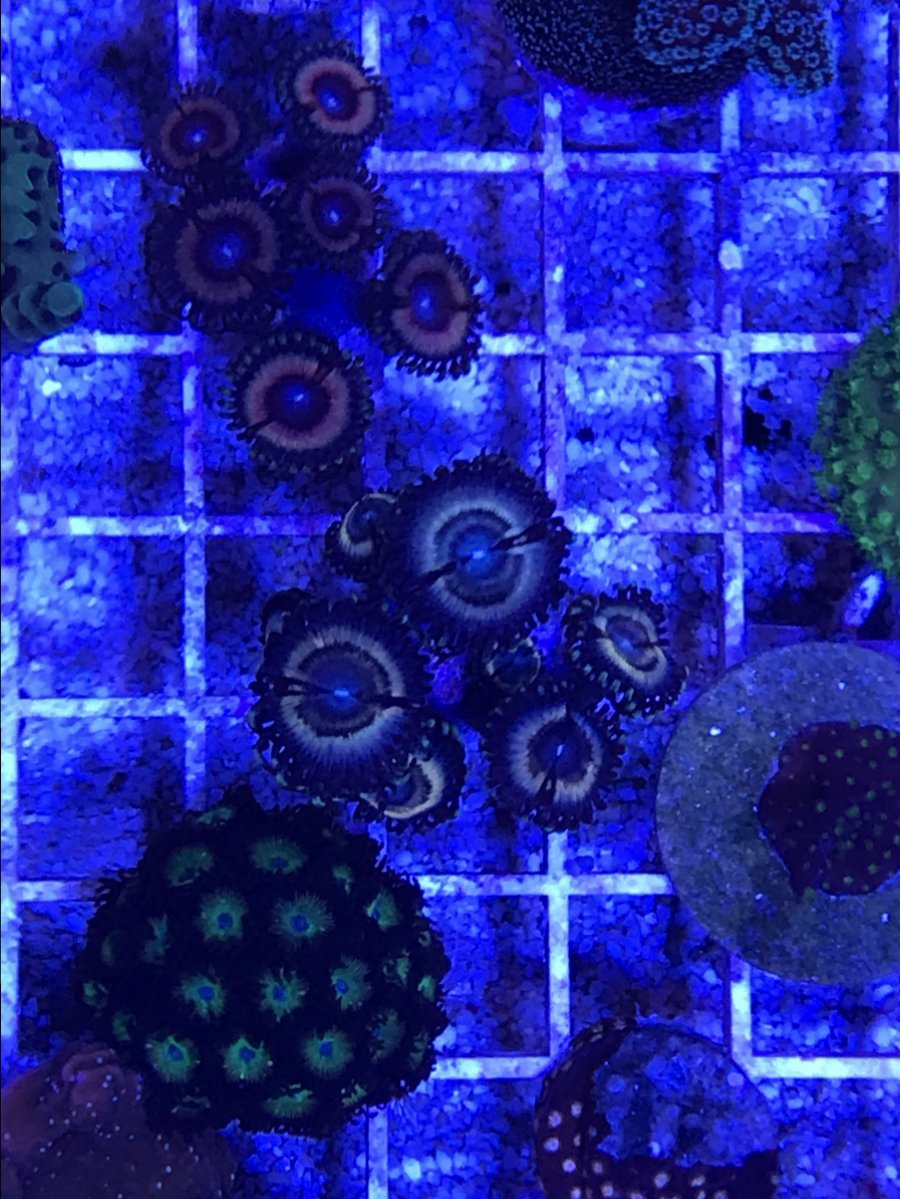 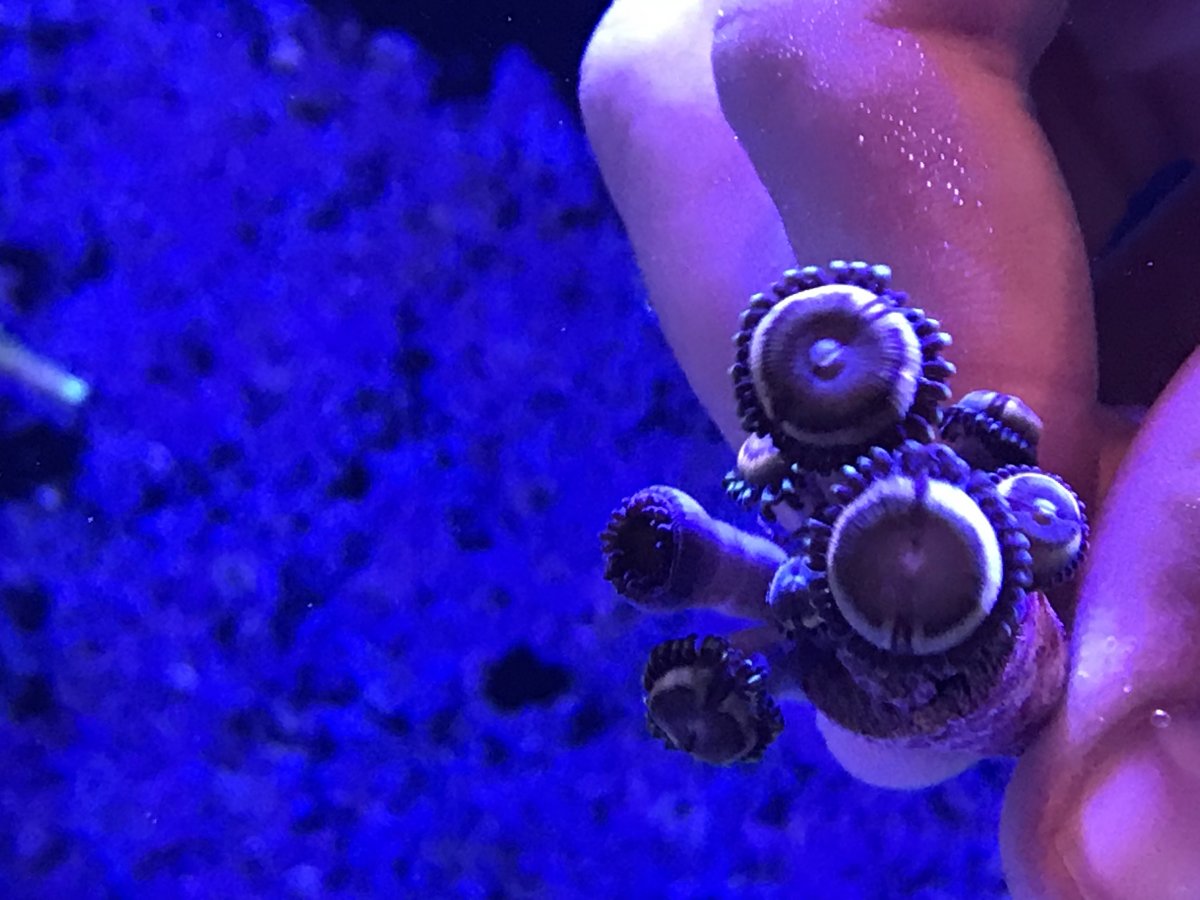 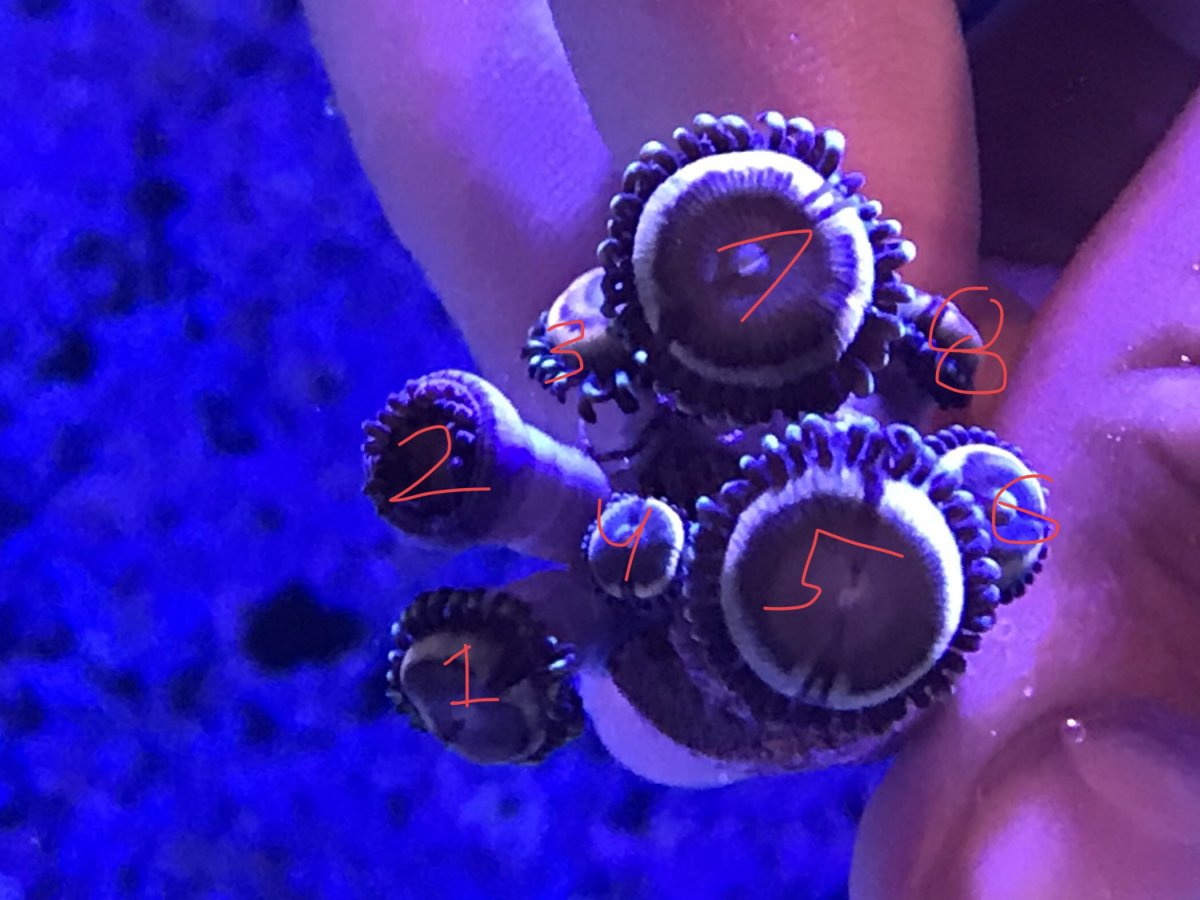 It’s been fun guys! This is my first time doing this and wow what a great experience. I found that I was more concerned about stability and my tanks while trying to grow these out.
While in my big tank they went through a flucanozol treatment and a chemi clean.
I would say average parameters were:
Ca:410
All:8.5
Mag:1300
No3:0-1
Po4: 0-0.1
Been fun guys! And thank you very much Leah for putting this on and all the work you have contributed.

Wow...just got up and expected to see a lot more posts before the deadline. Looks like we have a clear winner. Great job!

My methods were that I had no method. I’m one of those oddballs that does not chase parameters, does not dose and that only does water changes about every two months. The last several weeks, either my lime green wrasse or my Cherub angel has decided that it’s fun to knock plugs off the rack, and these Petros seemed like a favorite toy. I think ending up on the sand almost daily and them deciding to grow towards the short side of the rock (and then under the plug where they got less light) was what ultimately caused less growth than I had hoped for.
Thanks to everyone involved. This was interesting and fun. I’m bummed that we only ended up with three at the end and wonder why so many dropped off so late in the game.
J

Same I was looking forward to see a bunch of people’s results. I also don’t really check parameters, maybe once a month at best? But I do water changes about every week or two. Have chaeto and chemipure blue as my only “filtration” with some filter floss occasionally. I have reef breeders photon v2 as lighting. Run heavy blues at around 50% max and white max out at about 3% or 4%. Feed fish every other day usually, and reef roids 1-2 times a week.

I’ve got an inexpensive black box LED (blue/white) over my 60g cube. I’ve got a skimmer and chaeto for filtration. My chaeto has not been doing well lately...seems to be dying off, so I might actually check parameters. Corals look okay though, so we will see.
J

Yeah my chaeto has been flourishing, but that’s probably because I have a bunch of stuff in my water haha. I would’ve liked to see my results vs “higher end” lights. Also not sure how it works but how would I claim the frag pack?
OP

Thank you everyone for participating in the contest. Feel free to continue posting your LC Petroglyph growth progress as time goes on.

Thank you everyone for participating in the contest. Feel free to continue posting your LC Petroglyph growth progress as time goes on.
Click to expand...

How are yours doing? Final count? Pictures!?
OP

Salty.Reefer said:
How are yours doing? Final count? Pictures!?
Click to expand...

I had to shut down my tank to move and gave it to a friend, I'll try to get an update soon. I had 8 in mid July.

leahfiish said:
I had to shut down my tank to move and gave it to a friend, I'll try to get an update soon. I had 8 in mid July.
Click to expand...

Bummer! I hope to see you back in action soon.
OP

Salty.Reefer said:
Bummer! I hope to see you back in action soon.
Click to expand...