Let's ROCK! What type of rock do you have in your reef tank and do you love it?

I created a sculpted fiberglass background with ledges for corals. It covers the back and ends of the tanks and has built in refugium for pods with anaerobic sections for denitrification and Phosphate control via carbon dosing. The entire surface is embedded with coarse and fine aragonite. This configuration divided the tank for LPS and SPS lighting options and a large area for fish to swim.

Mostly Tonga branch.
Was not easy/cheap to get but I love it.

I have the Caribsea shapes rock after setting up my 150 gallon. If I had my choice I would have live rock and deal with the pests. It's been almost 2 years and I barely have coraline on the rocks. I've even seeded the tank too. Trying to get biodiversity is difficult. I've gone through and have had the uglies multiple times. I'm just not impressed with dry rock.

Love mine but might be forced to pull it out and let it die to stop the zoas from taking over. I wish I had never put them in.

I have two set ups.


My 16gal biocube that is over a year old had gha, I killed that about 4 months ago and have been battling dinos since. Not sure this can be blamed on rock lol, but I like to think live rock would have helped a ton. (and maybe thats not true at all, i have not gotten to set up a tank with actual live rock yet)

my 36 gallon which is a mixture, is coming up on 5 months old, and has had nothing but a tiny bit of cyano so far. (the first 2 months the cyano was all over the rocks, idk what they were leaching so much of that the cyano loved, but eventually it subsided)

I think both are good products, they have colored up nicely and seem to be doing well. If i could change anything i think i would rather start my future tanks with actual live rock. Definitely would help to establish the tank quicker, and help with stability.

I have some nice dry rock which I purchased from saltateraquarium.com , looks really nice with a couple of decorative dead corals in my fish-only setup. 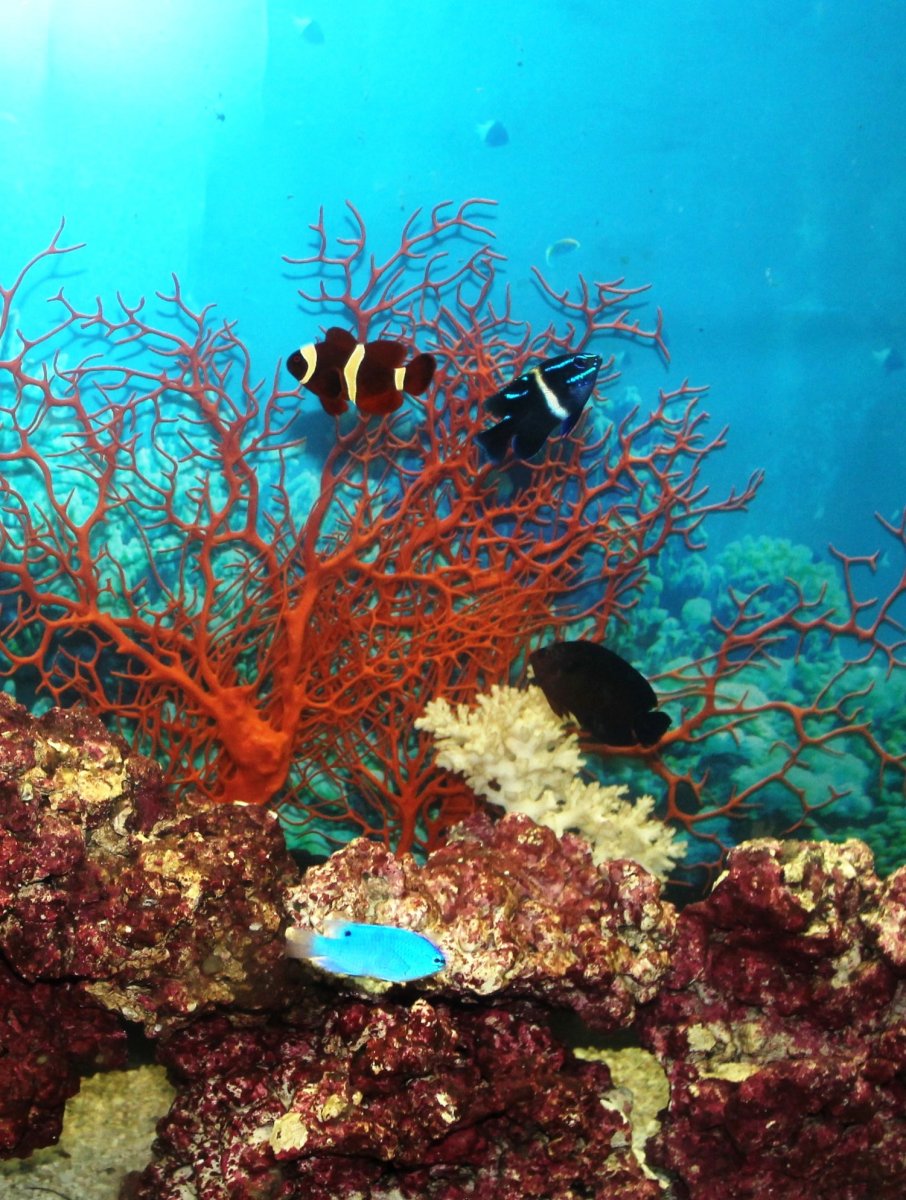 kenchilada said:
Tampa Bay Saltwater. My tanks been up since February and I’ve already got coralline and pods going wild on the glass.

NO UGLY PHASE! You kids and your dry rock... have fun with that. 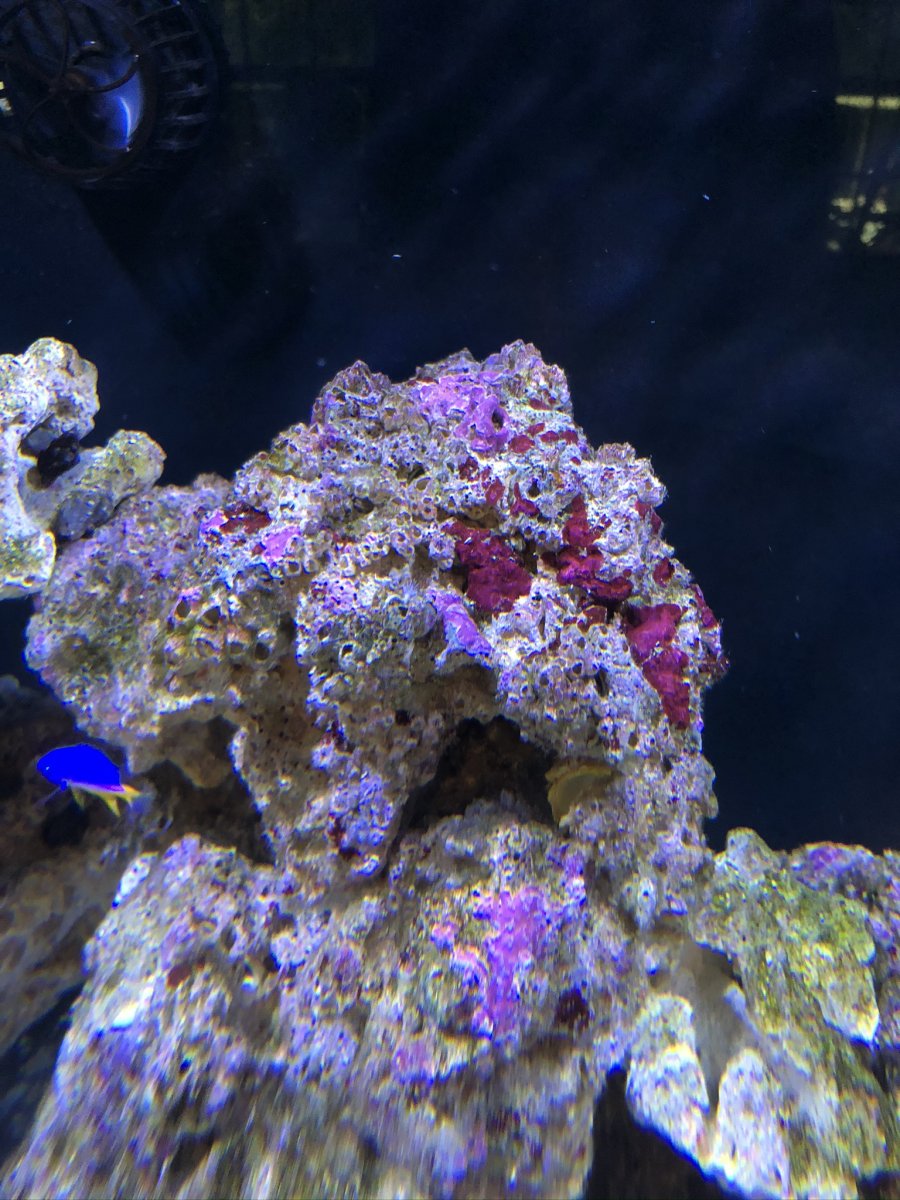 Are they selling yet? I thought they were still paused getting everything set up?

No really, let's talk about ROCK! More specifically the rock we have in our saltwater reef aquariums that make up our beautiful aquascapes!

1. What type of rock do you have in your reef tank?

2. What do you like or dislike about it? (NOT YOUR AQUASCAPE but the actual rock)


You get a BIG THUMBS UP for sharing a photo of your ROCK! 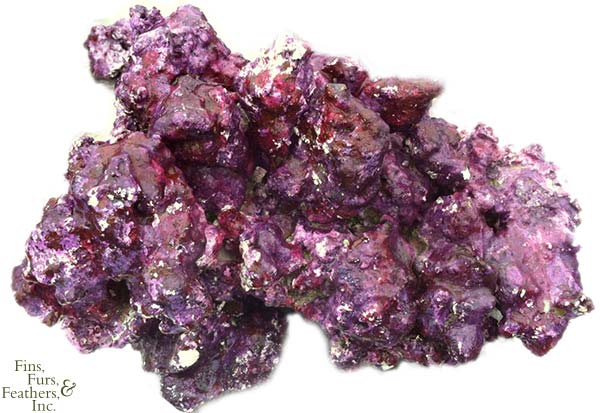 For me it comes down to certain things.. growing up I just remember always going into the LFS and there being live rock seeded from the ocean and receiving some of the coolest little critters with your order.. Wrap it up in newspaper and here it is! So.. to remember that in my UNS 5N Macroalgae project I used KP Aquatics Liverock


Ill be honest I LOVE IT... it reminds me of the days when I was a kid at a LFS store in Reno, NV

As for my lagoon I utilized Caribsea Reef Rock which is the purple colored shapes. At first I feel any dry rock without previous cycling is susceptible to some sort of nuisance algae. Now though it looks nice and fits my scape well.. can see it in my build thread

KP Aquatics, won't use anything else!

I have 400lbs plus in 220, first 80lbs was original Florida live rock from my 45 gal and is about 26 yrs old, never dry. I added in 50lb boxes another 300lb live Florida Deco. I also purchased pieces over the the years local and 30lbs of Tonga branch I got from someone. Over the years and few tank crashes things have died off and I bleached, dried got rid of most, except seed rock. Then I added fresh live 200lbs live to top it off. Been 8yrs looks good, but would freshen up if I can find decent rock at a cheap price.

Was fortunate enough to get pukini before the ban. Love it.

CrayHawk said:
Was fortunate enough to get pukini before the ban. Love it.
Click to expand...

Oh. What happened to pukani? I was out of the hobby for a while.

1. What type of rock do you have in your reef tank?

2. What do you like or dislike about it? (NOT YOUR AQUASCAPE but the actual rock)

Both the Fiji and Florida rock were good investments for micro life/coralline and the Marco rock was good for aquascaping dry. It is hard to tell what is live or dry after 10 years.

I have lots of real Tonga branch and pukani. Absolutely love it but I want more. Impossible to find... bought the 80lbs I have for $40 when I set up the tank about a year ago. 30lbs Tonga and 50lbs pukani. Also didn’t glue it or fix it in any way so I wasn’t limited on moving it, but wishing I had more negative space and height. 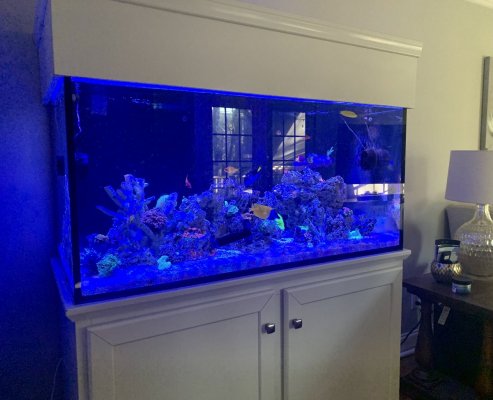 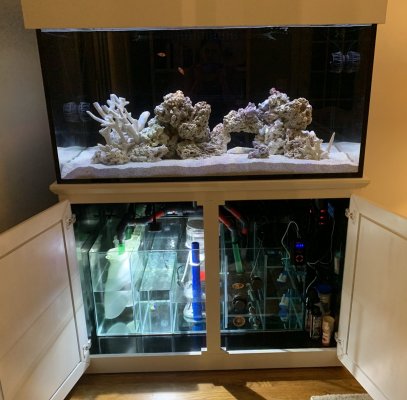 Marco rock. Flat rock for nano aquariums. Here is a bunch of pics when I was building g the rockwork for my sons 30g innovative marine.

I’ve used Carib Sea Life rock (all types) over the past few years. No major complaints other than it being a Phosphate sponge. Will probably do a true natural dry rock next time around if I can mature it for a few months before hand 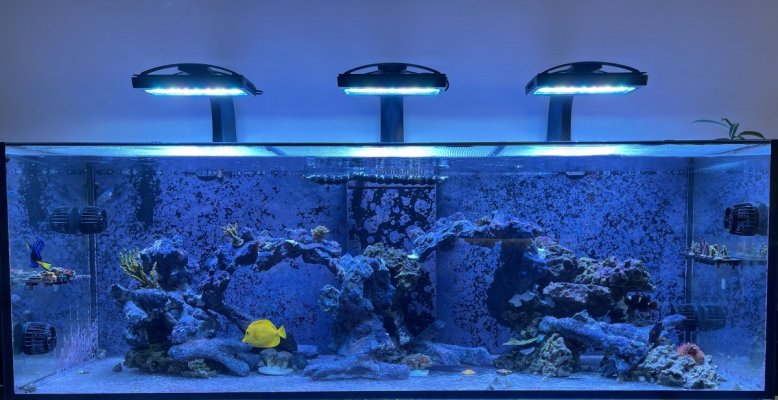 CMMorgan said:
an orange Anthia that he did not know was hiding in it
Click to expand...

Wait, was their an Anthias fish in his rock that he did not know about?
M

Seascapes said:
I have the Caribsea shapes rock after setting up my 150 gallon. If I had my choice I would have live rock and deal with the pests. It's been almost 2 years and I barely have coraline on the rocks. I've even seeded the tank too. Trying to get biodiversity is difficult. I've gone through and have had the uglies multiple times. I'm just not impressed with dry rock.
Click to expand...

My Father used caribsea to start of with and never had much coralline. When his new maintenance guy added dead coral he started getting coralline on them but nor really the caribsea.
In my tank I have reefsaver rock. Never seeded, no pests, tons of coralline.
the attachment is a photo of my tank with the lights off. 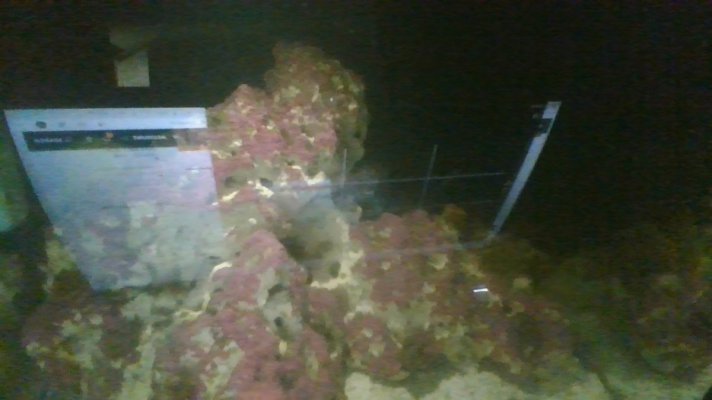 Assuming you can find it, I don't think you can beat pukani even if dry in terms of porosity and structure. I used Caribsea Liferock shapes for my last build (barebottom) and I am at the one year mark and have still not been able to get SPS to grow in the tank. The tank just hasn't come into balance. I just set up another tank using pukani (from a LFS sump) and sand to make sure it wasn't my husbandry or something else, and instant success.

I will say I did not have the same experience that others have with coralline not growing on the Liferock. Mine is completely covered in coralline after a year. It looks nice and is easy to work with, but I would never use it again.
S

I don't understand this Question of the Day. The title asks what type of rock you have in your reef tank, but then the poll doesn't. I'm unable to answer the poll because it seems out of context.

QUESTION OF THE DAY What's your experience with Live Rock Epoxy or Cement?
2 3 4

QUESTION OF THE DAY Travel Anxiety? Do you have it and how do you remedy it?
2 3 4

QUESTION OF THE DAY Does your aquascape make you proud?
2 3 4

QUESTION OF THE DAY Filtration without Live Rock: How are you getting more with less?
2 3

What are you guys doing to your reef tanks today?
2