Hi all,
I have read that running live rock or “rubble” in an all in one back filter chamber isnt a good idea as its a cause of detritus build up and therefore influences nitrate rises.
Im curious does this count for larger bits of live rock? Or just the rubble? And im assuming rubble is referring to very small bits/sand almost.
ive attached a photo of the live rock i was running in the AIO chamber until now. (New tank)
I was running the live rock in the chamber with matrix, as there isnt a huge amount rock in the display (just preference in aesthetics). Have got a 1inch sand bed though.

essentially im asking is this size of live rock ok to have in an AIO filter chamber or is all live rock not a good idea in there?
Thanks all 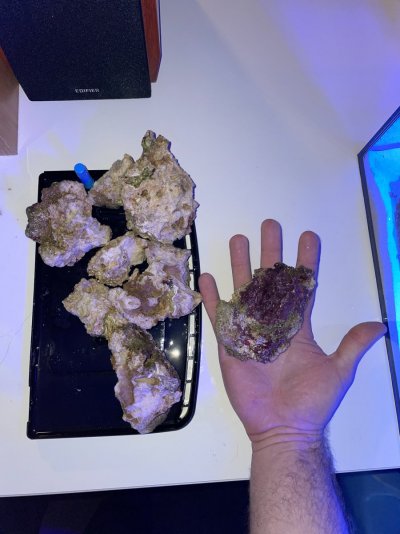 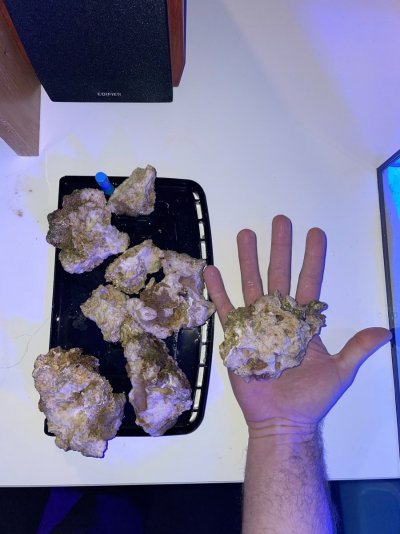 If you remove it every once in a while and siphon the crud out that collects, no issue.

I also have an AIO ( IM 25g laggon) and have been running live rock in two of my chambers. I took a few pieces of small left over rock and glued them into a tower-like structure- they fit in the two outer chambers. It's been like that ever since I set up the system. On top of the rock towers, I use filter pads for mechanical filtration.

I have not noticed any abnormal amounts of detritus build-up or lack of flow in the sump. I made sure that the rock towers were skinny enough to allow water to easily flow through. I have not had any issues with too much nitrates or phosphates, in fact, I've been struggling with not having enough Nitrates and phosphates. As long as you leave room for water to flow through, I don't see any issue in doing this.

This week, I bought an Intank media basket, mostly because I wanted to have a neat and secure place for a carbon bag or chemipure etc. I found that it's just easier to use a media basket to force more water to flow through the bag that way. I moved one of the rock towers from the outer right chamber, to the inside left chamber where my heater is. It's working great, just as it has always been.

I believe having my sump configured like this is the main factor in having as many pods as I do right now. The display tank is literally crawling with amphipods at night- to the point that it creeps me out. Just last night, I happened to be snooping around with a flash light and saw an adult amphipod hunt a smaller one right in front of me! I had no idea they hunt themselves- it literally blew my mind. It was like some National Geographic-crocodile-ambushing-gazelles TV special.

I used to put rock in the back but don't bother anymore. I have never found a need for it even with minimalistic scapes. It makes no difference.