"Live Rock Per Gallon Rule" - Under, Over or Just Right?

Today is our QOTD where we feature saltwater aquarium methods, ideas, tricks, equipment, livestock etc. where YOU the viewer will decide if the subject of the topic is deserving of the Underrated, Overrated or Just Right rating! f you have ideas for topics please message me!

Today we are going to talk about the "Live Rock Per Gallon" rule. For many, many years, before all the new filtration technology was available, we had a Live Rock Per Gallon rule and the rule was you needed 2lbs of rock per gallon in your saltwater aquarium. Later is was revised to 1lb per gallon and today it's even less maybe? I've seen successful reef tanks with very little live rock at all. So let's talk about this thing as a whole. Not just how many pounds you should have but is the "pound per gallon" rule relevant at all anymore.

You should have 1-2lbs of Live Rock per gallon in your saltwater aquarium. Underrated, Overrated or Just Right?

Bonus: How many pounds of LR do you currently have in how many gallons of water? 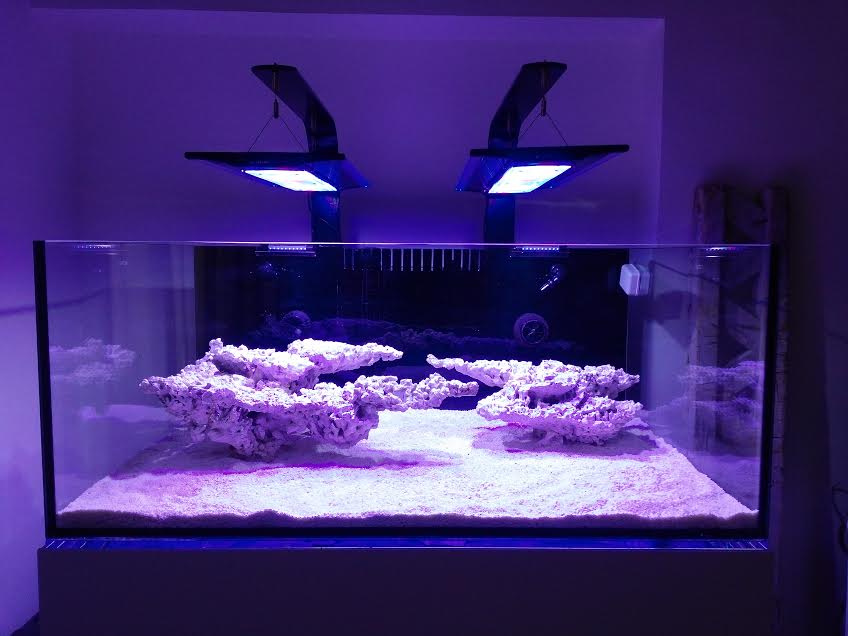 I chose other because I think it is more about surface area than lbs of rock. I feel that it is still a good starting point, but not a hard rule. With things like Marinepure and Brightwell Xport bricks, we can now have less live rock with MORE surface area for bacteria.
Last edited: Mar 22, 2021

Its just a rule of thumb or a guide. That being said it is filtration so I always lean to the more the better.

Owner/ Operator of the worlds most crowded Evo

With all of the advances in filtration technology over the years, I think it’s more of an aesthetic thing than anything else. In my opinion, it’s all about what you want to see when you look at your tank.
Yes, live rock plays a role in how a tank functions but there are many “ minimalist“ scapes in tanks that function very well.
I have a 13.5 Evo with over 20lbs of live rock in it. The tank is packed full of scape and corals. That’s what I like to see when I view my tank. 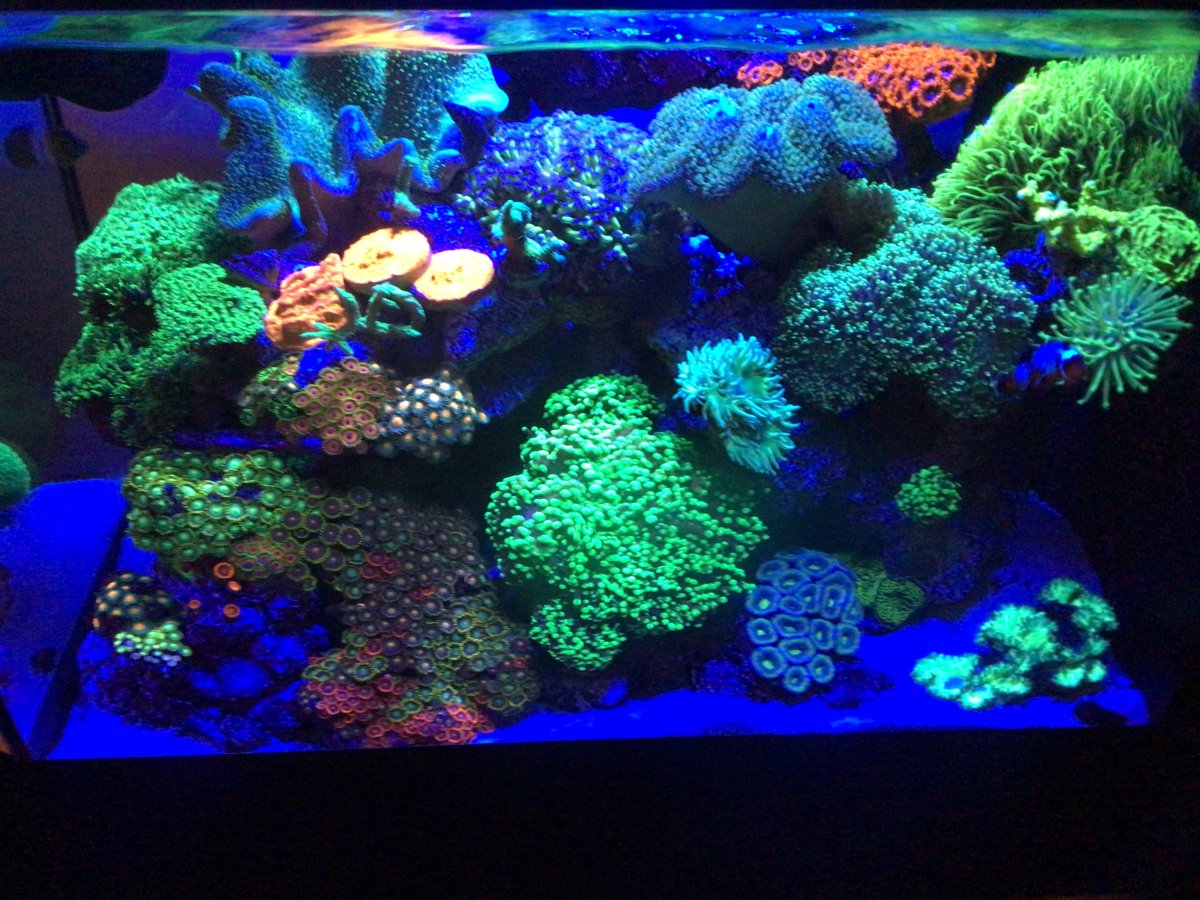 A cup of water and a dash of salt

Archaic rule. Worked back in the day when the LR was heavier and we didn't have the knowledge we do now. But with today's LR and our knowledge I think it doesn't make sense.

I have about 100lbs in my 300 dt + 100 sump system. Half the rock is dense true LR purchased 10 yrs ago. The other half is Marco dry rock that is much lighter and porous.

In general I think people should build the scape they want and not worry about the weight.
T

Other...
I think bioload should dictate the amount vs. gallons.

I put no because frankly, I have no real idea how many pounds of live rock I have in 140 gallon system. My nutrients are always low and it runs well. I just put in rock until I liked it and leave it at that.

That said I do have a 20 gallon refugium and a good skimmer that runs continuously. If a tank doesn't have those things then that tank would need more live rock.

I don't have enough experience to know how it will filter. But if I could do it over again I'd put much less in my nano (maybe 1/2 per gallon) just because of how little space is left for coral.

I agree with the statements previously made about surface area being more important than the actual rock. We use "dead" rock all the time now (and have for many years) to avoid nuisance algae. Unless the literal composition of the rock somehow gets absorbed into the water column, there isn't really much reason to think that the rocks themselves matter.

Shipwrecks and other man-made structures that are put into the ocean and become the physical platform for a reef also demonstrate that it seems to be surface area that matters more. I remember reading an article a long time ago about artificial reefs being used for aquaculture, since we can grow out corals much better in ocean water rather than aquaculture facilities. These were giant metal tripods with corals ziptied to them. The harvesters then fragged them at intervals to preserve the natural reefs.

Having said all of this, I think there is something to trying to replicate natural environments in pursuits like aquaria. At least having something "rock-like" will make our glass cages more familiar to the animals that we keep, and this has to have some impact on the stress they experience. Of course, even this is somewhat arbitrary, since tang behavior is very different from wrasse behavior.

I would say any rock-like surface is fine, and the pounds have always been arbitrary, since porous rock has exponentially more surface area than base rocks that have little to no pours.

Rock is for bacterial surface-area (filtration) as well as to supply caves and other hiding places for fish. The "rule of thumb" was to cover both ot these and not just filtration. Porous rock does both while supplying many times more surface area for the same volume.

Bio media does not need to be in your display.

With today's popular bare bottom, open rockwork displays, thought must be given to bio filter area. A block of Marinepure media will go a long way... A sump compartment full of DeNitrate, Matrix, X-Port, etc... any of the manufactured ceramic bio media, or even just live rock rubble. All can be quite effective at expanding bio filter area.

Happily, the days of the Berlin method, or the Rock Wall reef are pretty much over.

Give us some time... someone will come up with a 3D filament that supports bacterial growth, and we'll be custom printing our rockscape

It never was a "rule", it's a harmless guideline to help people starting out.

Other.
There are so many different types of media and rock out there that it's hard to give an accurate number. I run Pukani rock and it's said to have more surface area than most any other types of rock. Some of the media blocks have even more.

Greybeard said:
Happily, the days of the Berlin method, ... are pretty much over.
Click to expand...

With all the nutrient export methods these days it definitely isn’t a must anymore. But a good general rule for noobies imo. Although, I’m a strong believer of the “less is more” as far as live rock prioritizing flow and a balance of nutrient removal through other means.
M

I usually do 3/4lb per gallon at most. I feel when you do a pound or more per gallon you have way too much rock and it looks visually unappealing. The man made rock is so porous that it provides plenty of space for bacteria to grow, not to mention all the new filtration methods out there

That’s the ratio of live vs marco I’m planning for my 120! Glad there’s proof it’s a viable set up in the wild!

BeltedCoyote said:
That’s the ratio of live vs marco I’m planning for my 120! Glad there’s proof it’s a viable set up in the wild!
Click to expand...

After a year it all looks the same.
In 21 months I can not even see much rock, lol. 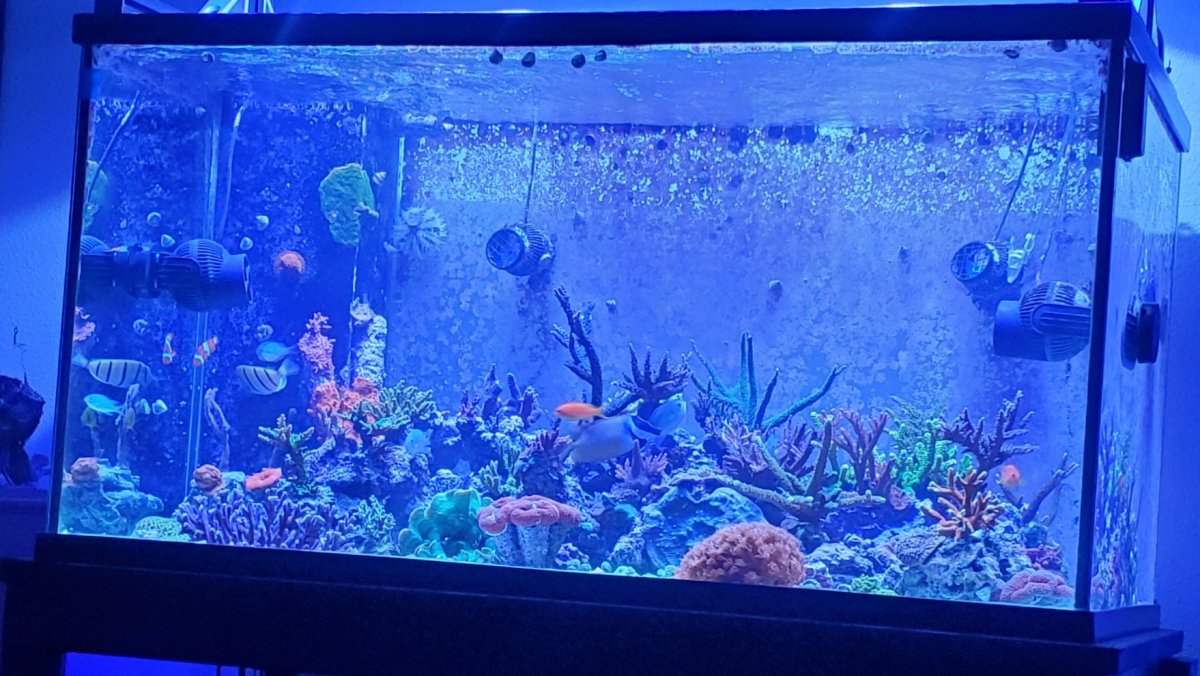 QUESTION OF THE DAY Carbon Filtering: Under, Over or Just Right?
2 3 4

QUESTION OF THE DAY UV Sterilizers: Under, Over or Just Right?
2 3 4 5

QUESTION OF THE DAY The easiest and hardest coral to thrive in YOUR saltwater reef aquarium is...
4 5 6 7 8