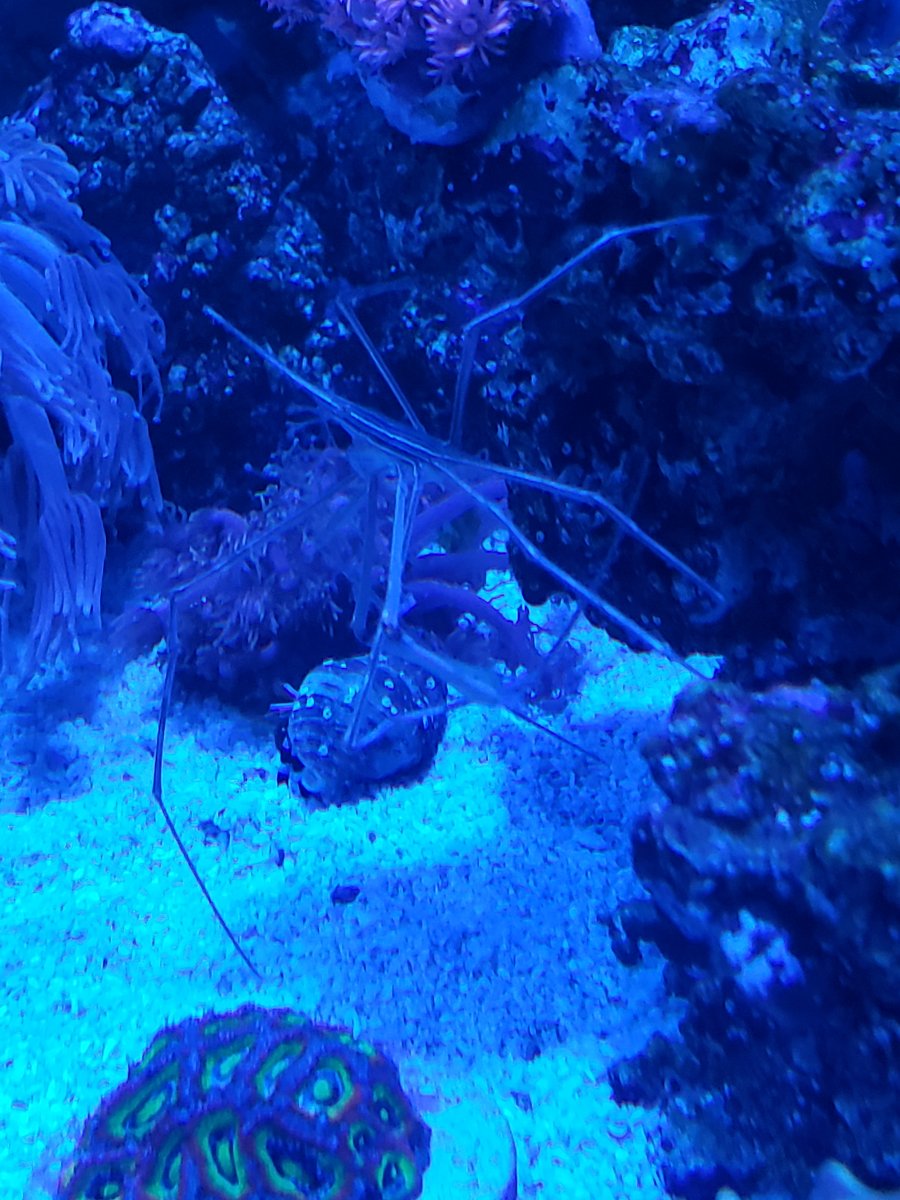 I share the same sentiment when it comes to the recent quality of Liveaquaria shipping/packing. In the past 3 months, 4 separate orders came with roughly 80% DOA for me. Been a long time customer, but now just want to find a way to use up the DOA/7 day guarantee credits without killing anymore livestock! Livestock arrives in boxes with temp inside the box in the low 60 degrees. Talked to customer service about the issue, they said their shipping department carefully research destination temperature and pack accordingly. How in the world anyone feel livestock survive, shipping from Wisconsin to N California without a heat pack in February, is beyond me. CS also told me that livestock can be revived when temp is in the low 60s if I followed their acclimating procedures. I call b.s. on that because the fishes arrived DEAD in the bag!! Anyways, just my two cents and ranting my frustrations at @LiveAquaria.

So I'm cutting my losses, by not ordering anymore livestock from them. Instead, I was told the credits can be applied towards dry goods, which is what I'm planning to do, although they make you call CS in order to apply the credits to the dry goods purchase.

I realize I am new, in case any other newbs see this post about DOA fish, I wanted to share recent experiences with a few orders from LiveAquaria. My suggestion is to not judge whether fish are DOA while in the bag. They could be stressed from the truck ride.

I watched for any signs of gill, fin, or mouth movement on a Royal Gramma, Green Goby, and Exquisite Firefish for many minutes straight and didn’t see any movement. It took some convincing, but I talked Mr. Fish Coroner into still acclimating and putting the fish in the QT tank. After acclimation, they still looked lifeless in the bags. We netted them in to the QT tank and immediately they swam straight to their “spot” in the tank and hid behind the rocks. Very much alive today, hanging out with us in the evening after feeding time and not hiding as much as they did at first. I’m sure there are exceptions where it is obvious the fish passed. We have not received any DOA fish. We only had a fairy wrasse pass a few days later and received credit.

check out Tankstop. I recently placed an order from them and everything on my order shipped, and no DOA's. Free shipping at $200 too.

I would order from BlueZoo or TankStop over LA any day.
Click to expand...

Thanks Lefty! I started this website/company Tankstop.com just for this reason.....to give a solid option for those hobbyists looking to buy online. Im here to help get orders through smoothly. Appreciate your support in getting the word out!

I had 2 awful deliveries from the regular California store (DOA or just about and even leaky bags) but then I got an eel from the divers den and it was shipped in like 10 bags with an absolute ton of good insulation. The eel was in incredible condition and is still that way; better than any other eel I've bought.
In other words I only trust the Wisconsin facility but they seem to be pretty good from my one experience.

I got a foxface from their California facility back around March and it was in great shape. well packed, fish is well adjusted too.

3 of 4 delivers from LA have been a complete disaster. Both shipments of coral all died, no help from customer service ( what a joke) and a completely thawed shipment of frozen food.
The crappy non insulated boxes they use are a joke.
No packing inside to support what ever is being shipped allows the bags to bounce around.
LA should avoided at all costs.

mhstein34 said:
Just got back in to the hobby and have started stocking my tank. I have placed 3 orders with live aquaria and all have arrived super cold and half of the items are dead. I do not have a LFS close to me, so online is my only option. The only reason I place orders beyond my original order was due to credit that needs to be used. So far I have had a claim on all 3 orders. I used up the last of my credit on 5 banded trochus snails knowing that the shipping cost more than the snails, but I figured I can not get them locally and snails should be pretty hardy to ship. I was wrong, 2 of the 5 were DOA due to a shipping delay. Now I have credit for 2 snails that I will never use because shipping costs are so high. Just wondering if I just have bad luck or if other people have experienced the same. I have ordered from a different online retailer and had no problems with that order (maybe I was lucky)
Click to expand...

I also had mostly DOAs from there. Finally used my credits on frozen food

Wisconsin facility FTW. I just got an order this week, and all three were extremely well packed and in great shape, eating an hour after acclimation.

Wshn41 said:
I also had mostly DOAs from there. Finally used my credits on frozen food
Click to expand...

That's what I did too. But it took 2 attempts to get it frozen. I got lucky the 2nd attempt was during a cold snap and the food stayed frozen.

Last chance to get this free torch