Hi all, long time lurker here, hoping I can poll the crowd for what the heck happened to my fish. This happened a few weeks ago, sorry in advance for the long story.

All fish had been in the tank for at least a month at this point.

On Thursday night the goby looked a little pale, made a note to keep an eye on him. Friday AM I found him barely able to stay upright, very pale, fins slightly ragged, and pulled him into QT. He died ~6 hours later. I didn't know what happened but started keeping a close eye on the rest of the tank, no symptoms or weird behavior from anything else. Friday night the male clown was acting a little skittish, but I chalked it up to a clutch of eggs and the fact that clowns are weird fish, these two in particular.

Saturday morning, the male clown is very pale, fins very ragged. I pull him out into QT, and do the same for the female out of caution. At a loss for what to do, I dosed the QT with Fritz Maracyn (it's what I had on hand and everything was closed/out of stock nearby). Male died about 3 hours after that (Saturday afternoon) and the female died the following morning (Sunday AM) with her dorsal fin looking like someone had cut it halfway down, and her tail looking like it had been through a blender (photo below). I eventually found the trigger dead Monday morning with the same symptoms as the female clown -- ragged fins, very pale coloring, absolutely no other visible indications of ill health.

So all told, I lost 4 seemingly totally healthy fish (AFAICT) with no more than ~36 hours between obvious onset of symptoms and death.

Corals (LPS, SPS, softies) and anemone are entirely unfazed, and the wrasse and yellow tang were behaving 100% normally this entire time -- eating and swimming around without a care. This is the part that has me totally baffled.

Happy to answer questions if I left something out. Absolutely no idea what went down here, and the crew at the LFS was at a loss too. Photos below, of the female clown before/after and the goby just before I pulled him out. 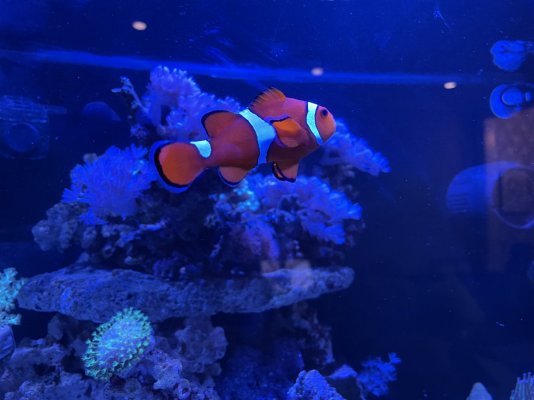 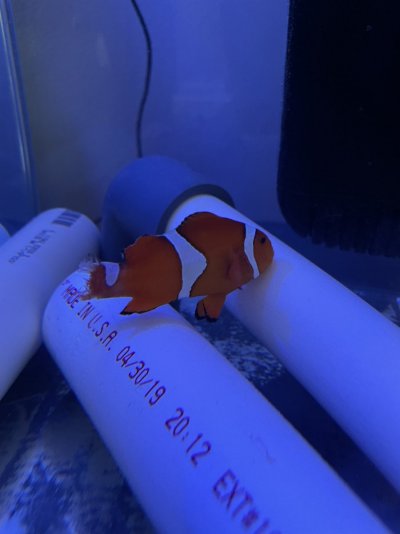 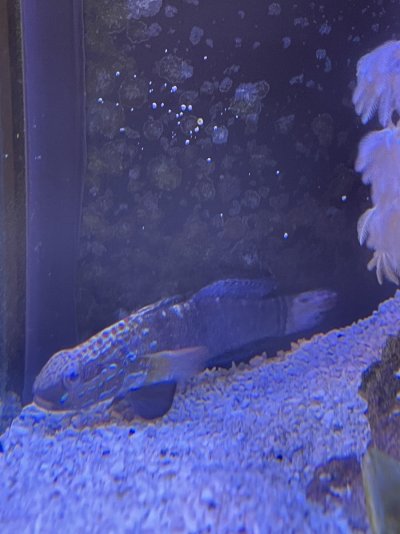 on this system, was fallow and quarantine followed

that helps to rule in/out certain pathogens in groups at least, then carving down to specifics wont be too hard it seems for folks in the disease forum.

how you prepped the system for fish and brought fish in helps them trace out likely pathogen vectors.
OP

brandon429 said:
on this system, was fallow and quarantine followed
Click to expand...

This is the first time I'd ever had a virus/parasite/bacteria so I've not done it fallow before, but QT of 2 weeks has been followed for new adds.

EDIT: I'll admit that years of no issues has made me a bit relaxed in terms of my QT (I know it could be longer), won't make that mistake again (and hopefully I can figure out what the heck caused this).

You seem to have a nice maturing tank that non quarantiners strive for, to outcompete them ideally. This w at least help in diagnostics now…chemists can try for test issues and params and disease theory advocates can consider those potential inputs

Did you ever find anything out. Im in a VERY similar situation right now. Only think i can think of is a pathogen or idk really.

ppatches24 said:
Did you ever find anything out. Im in a VERY similar situation right now. Only think i can think of is a pathogen or idk really.
Click to expand...

Hi, if you want, you can start your own thread....your case might have some subtle differences. Here is a link to some hints regarding posting a disease problem report:

Aquarium Fish Disease Problem Solving Determining the best course of action for a problem with your aquarium can be a difficult task. Even advanced aquarists will often need to seek the help of others for complicated issues. Our intent here is to offer expert advice for your fish disease...

A new mate for my clown

EMERGENCY Pearly jawfish attacked. What do I do?

HELP!! - Fish are all attacking each other...