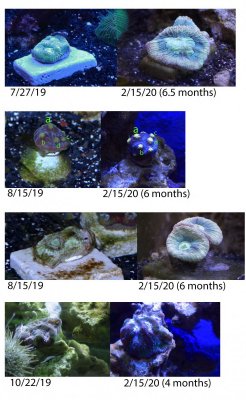 Couple notes...
Overall very happy with the general recovery of all the corals, you can see exposed skeleton and algae in the original pictures, which is gone now and they are all growing.
Last edited: Feb 15, 2020
OP


Also just dosed 30 gal dose of Fluconazole in the Display since I am seeing some hair algae start to come back.
I removed the PhosGuard from the Sump and turned off the skimmer air pump.
OP

Some interesting pictures taken under actinic lights (450nm), but I did a white balance adjustment: 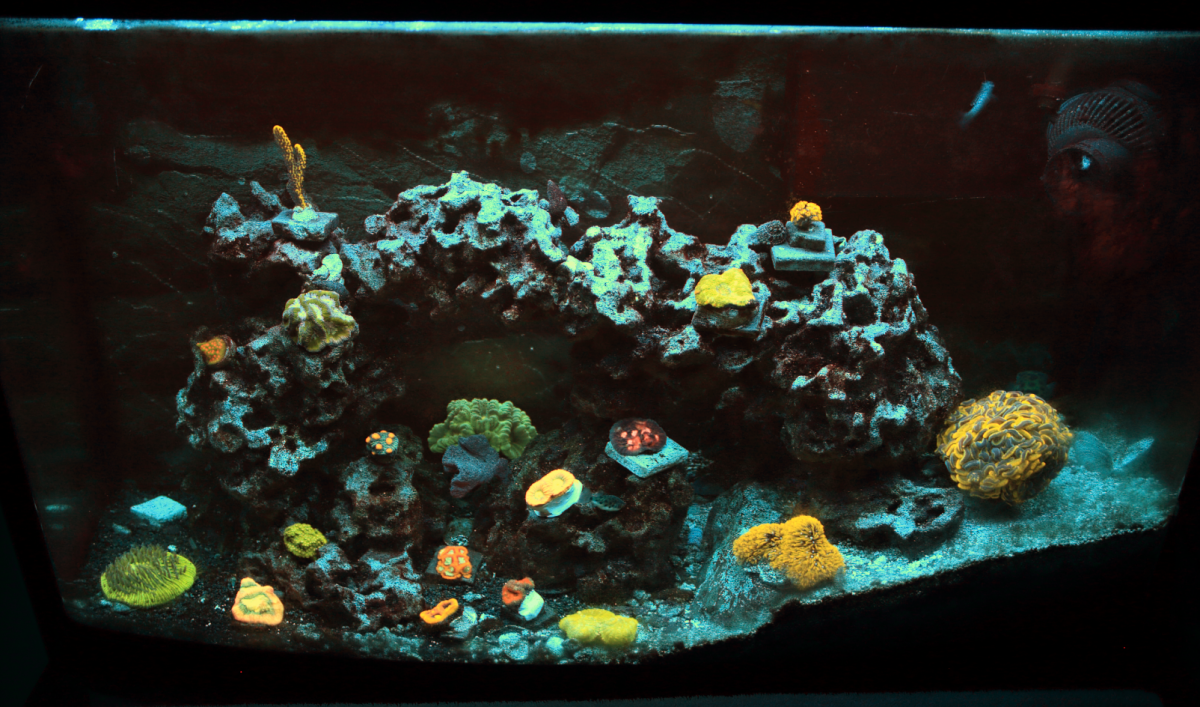 actual appearance to my eyes: 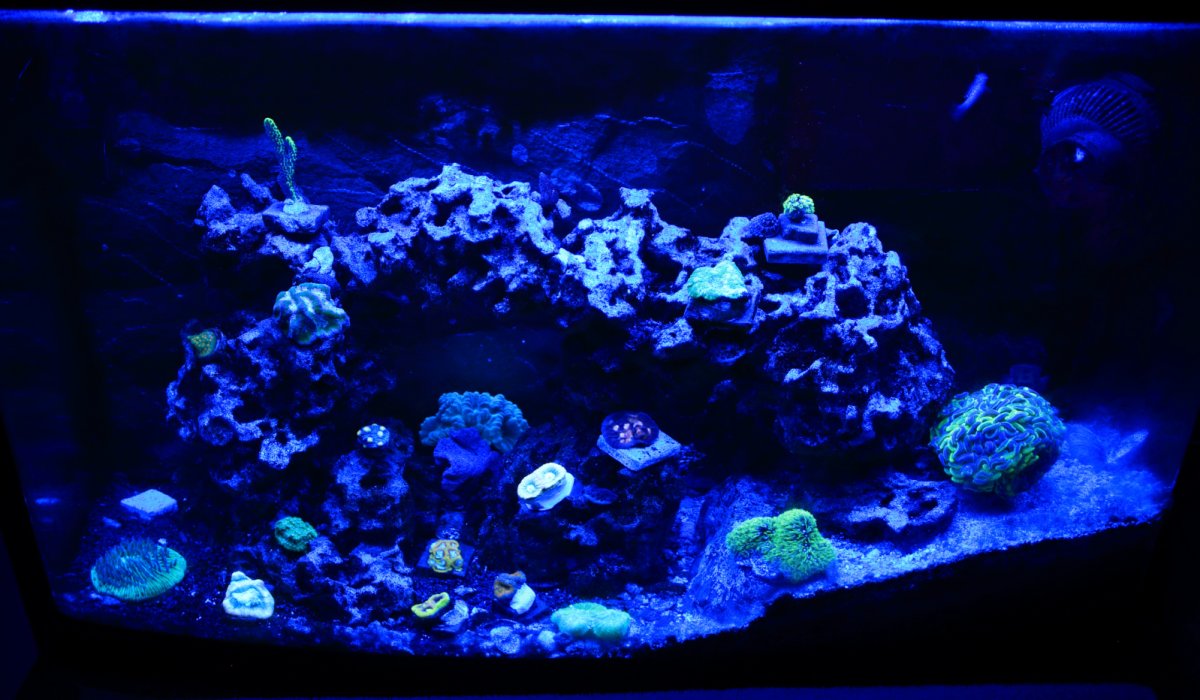 The weirdest thing to me is the pop in the background candy cane coral in the back. I can hardly see it in the blue photo, but it pops in the white balance adjusted one. 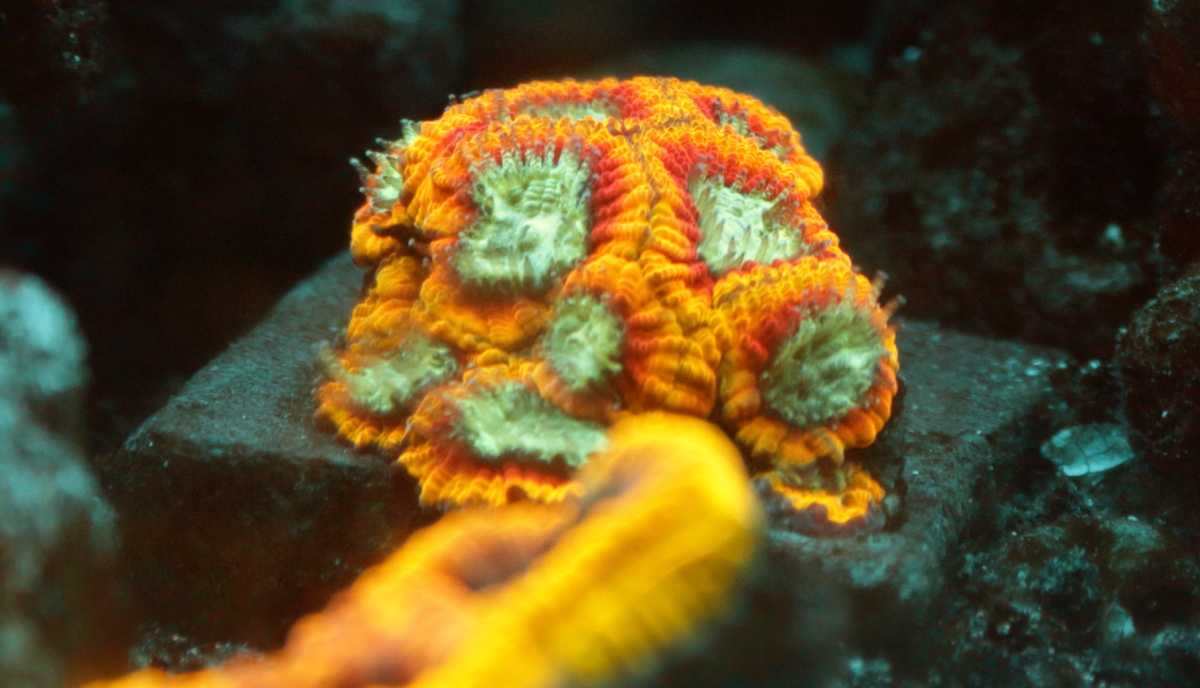 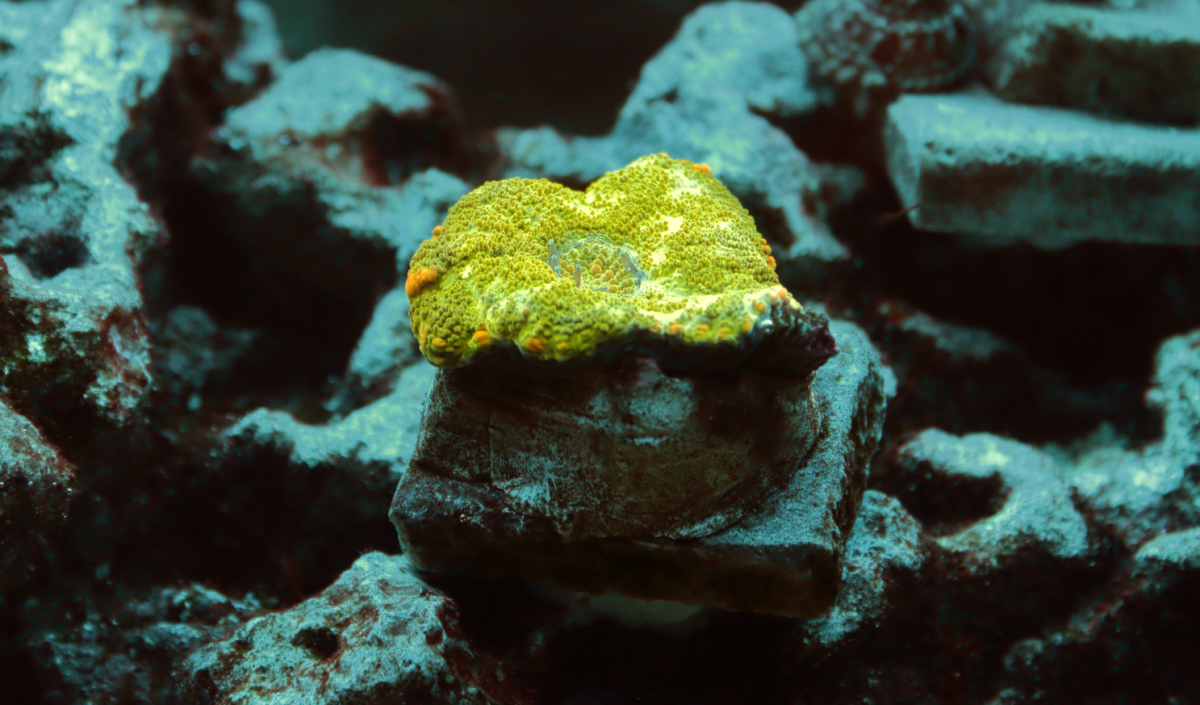 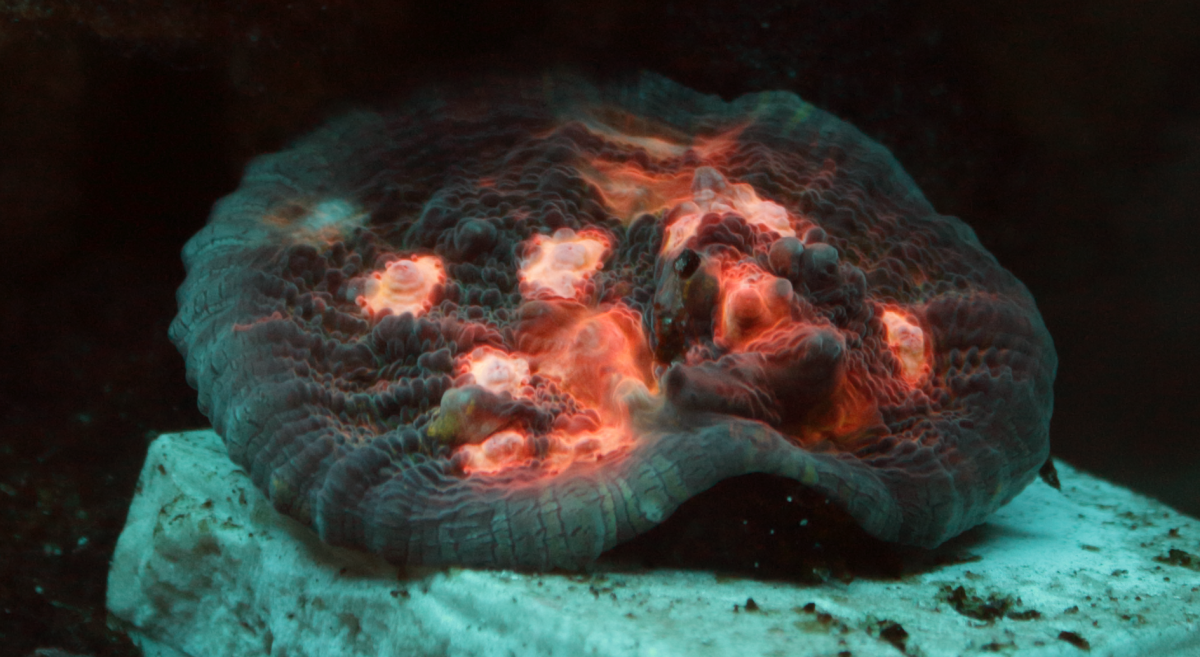 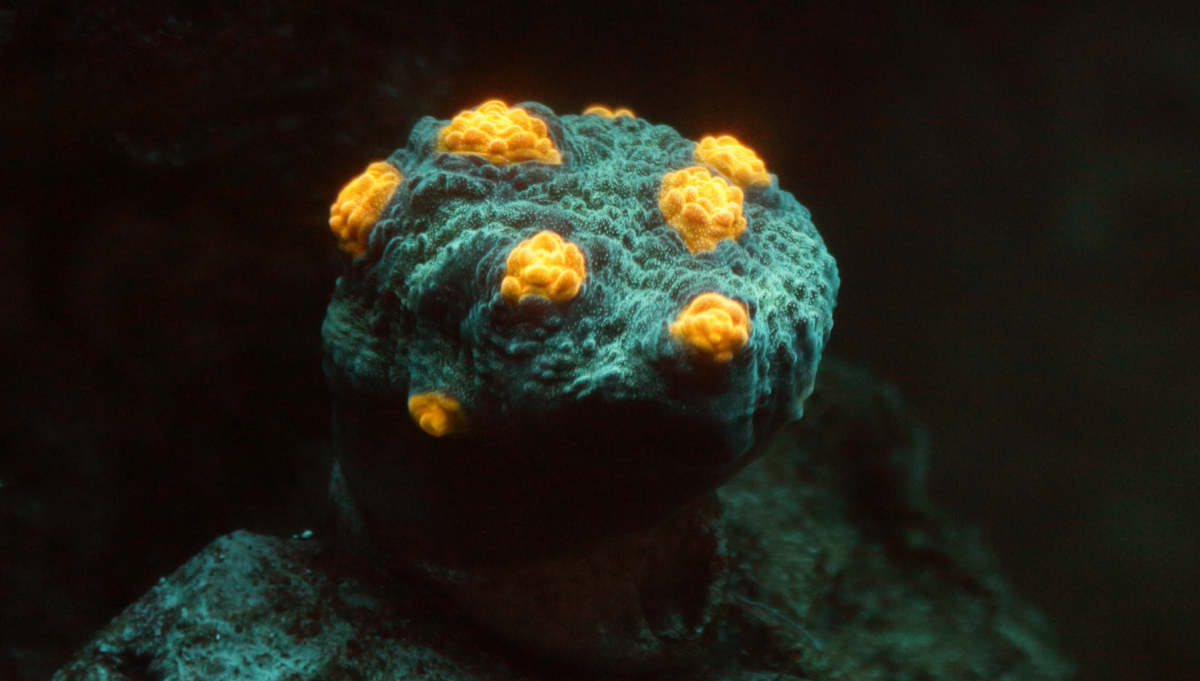 new frags (color balance is a little off, I'm colorblind): 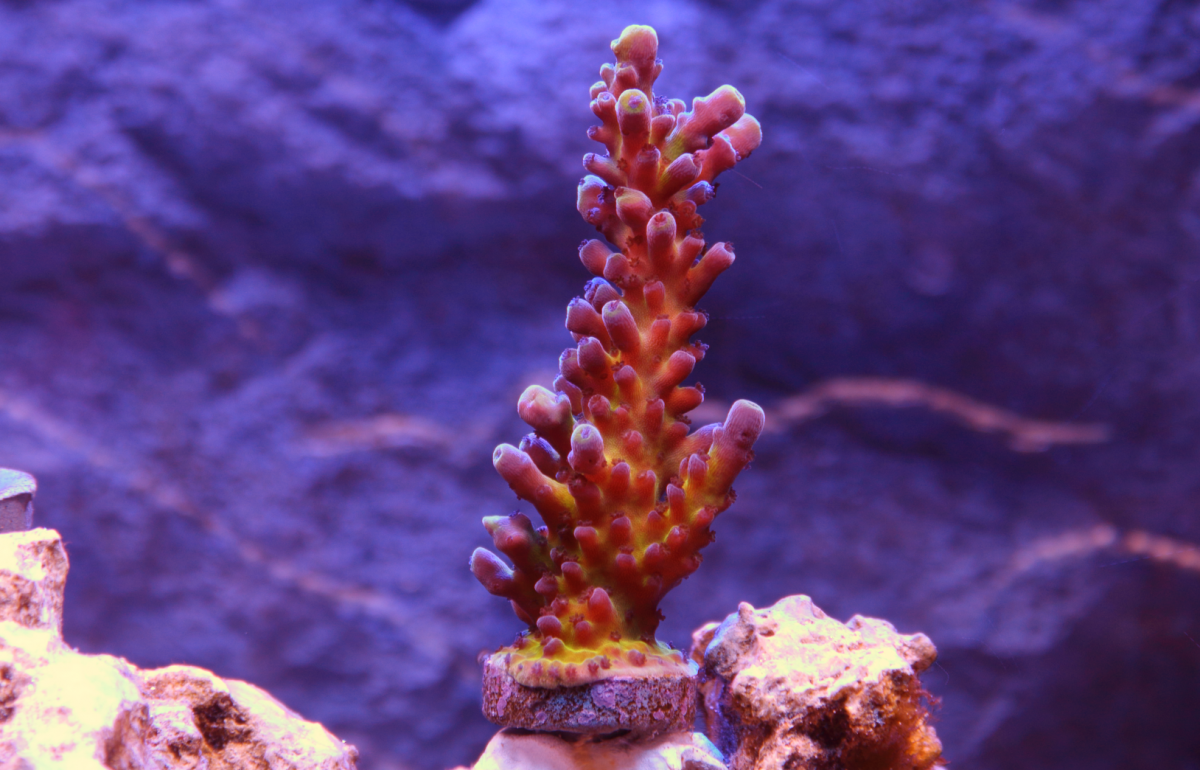 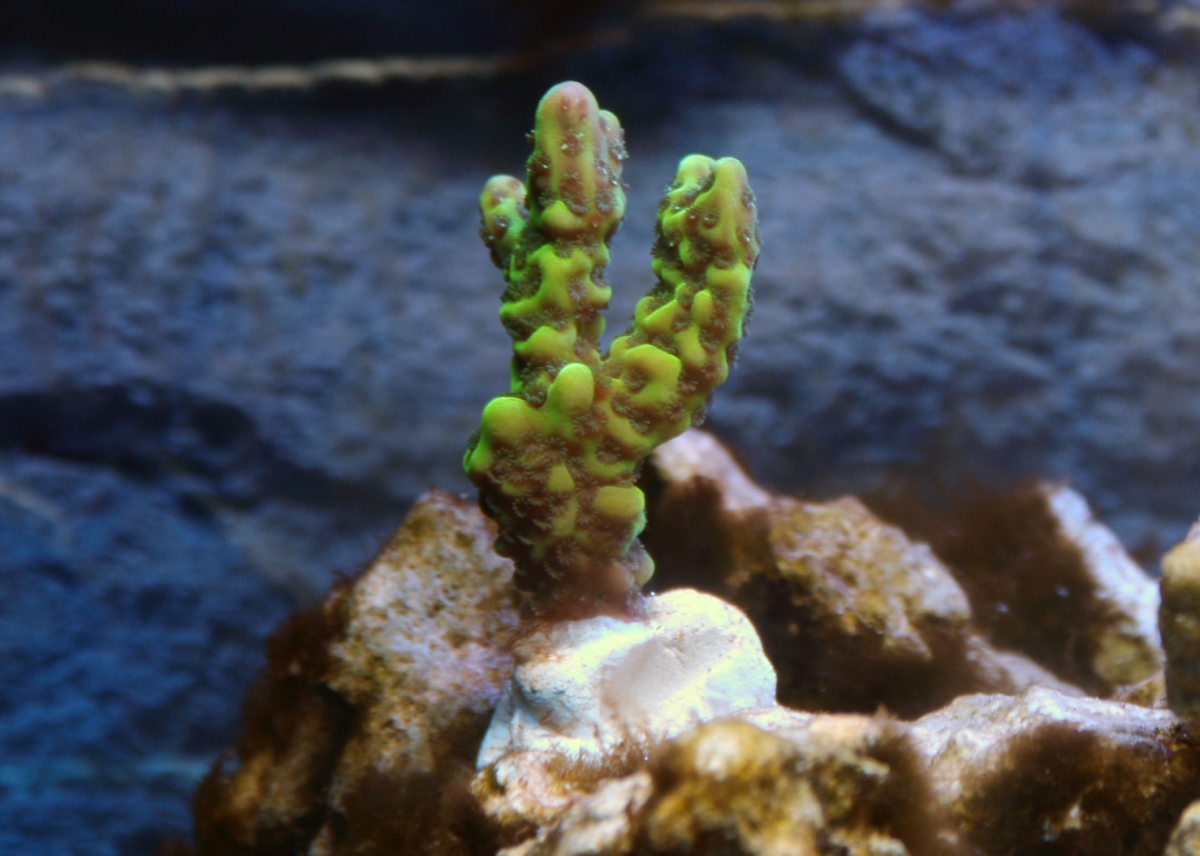 Due for an update... posting this to hold myself to doing a post with parameters and photos by the end of today.
OP

I look back at the pictures taken a year ago and I can't believe how time flies. Some of the corals have grown some have hardly budged. Algae has taken hold again, and Aiptasia found its way into the tank. I'm having some success with kalk-paste, and I have a squad of peppermint shrimp on standby in the QT tank. Challenges were a likely alk spike exacerbated by return flow on the SPS, so they got hit pretty hard and almost all of them got damaged. The Miyagi tort is still kicking, but algae is trying to overtake the other tort, the monti setosa and the monti spongoides. I'm basically trying to manually remove as much algae as I can and get my refugium chaeto back online. The chaeto is starting to grow well, I just have to keep up my end of the bargain and trim/siphon as much algae as I can from the display.
I've recently undertaken some rescapes to improve water flow both in the middle top of the tank and the middle back. Basically I removed a rock that was "bookending" the gyre pattern, so that detritus can no longer build up back there. Salinity tested today at just under 34ppt, and I did a water change with 5gal of 36ppt water.
I'll try to post some photos soon once I get the glass finished off.

I'm digging out of a big hole but I think my corals are willing and attempting to recover. Reefing is hard with a puffer.

Oh yeah, and basically my entire cleanup crew except Urchin and 2 cowries died during this last "crash." I really have no idea what happened. It could have been multiple factors, I mean I do have ideas but I cannot say for certain.

My refugium light was rusting and I had an aggressive kalkwasser dosing schedule which likely lead to alkalinity spikes. It could have been a cascade effect once one or two of the snails died, but since the cowries survived and 1 ghost shrimp, I don't think it was copper or heavy metals that killed my inverts. I think it was the alkalinity.
Last edited: Oct 25, 2020

Coral losers:
Acro yellow tipped tort
Monti setosa
Sponge* (not a coral, it's been fighting algae really hard. I took it out)


Kalkwasser is hooked back up and will start dosing about 100ml / day to start.
OP

So salinity is about where I want it, but not seeing an impact w/ the kalkwasser yet.

Going to dose 2 part to get up to 6.5 dkH and reasses in the next few days. The kalk is not increasing alk at a rate I'm comfortable with (too slow). 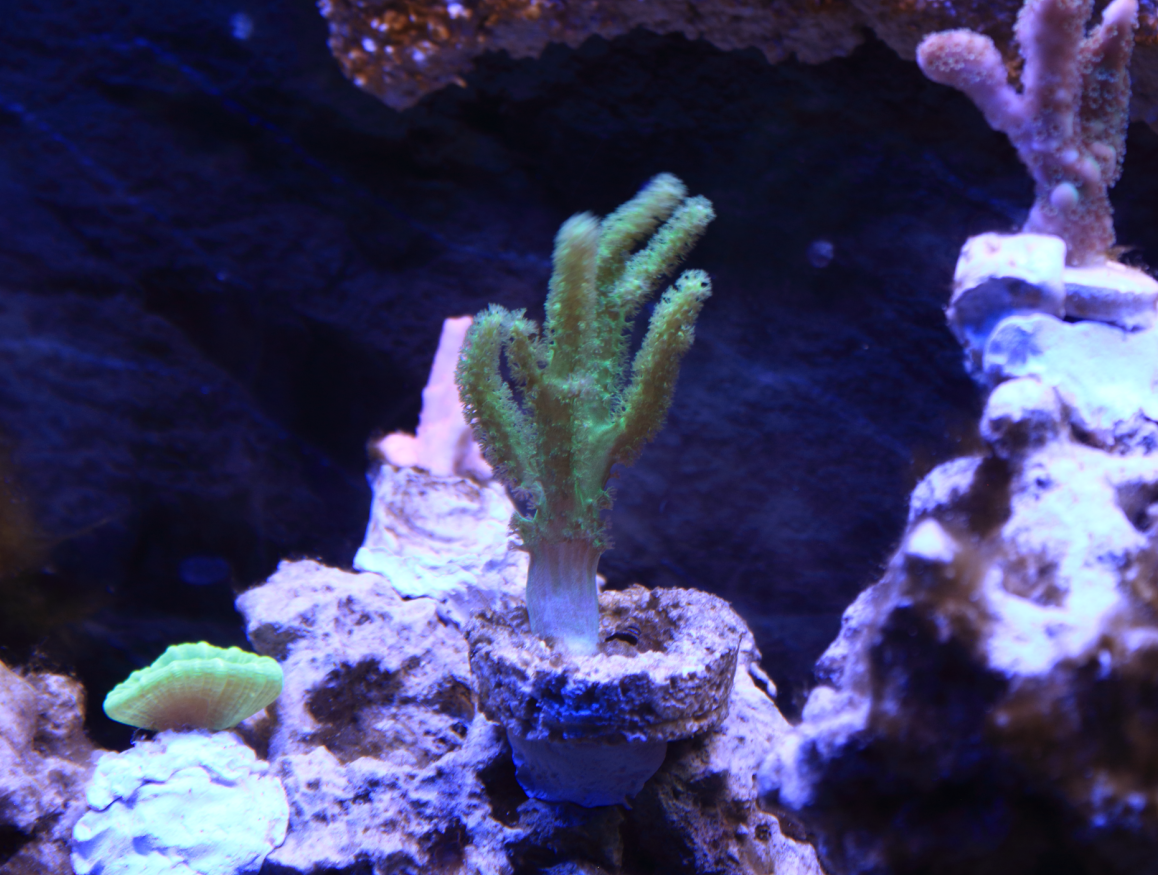 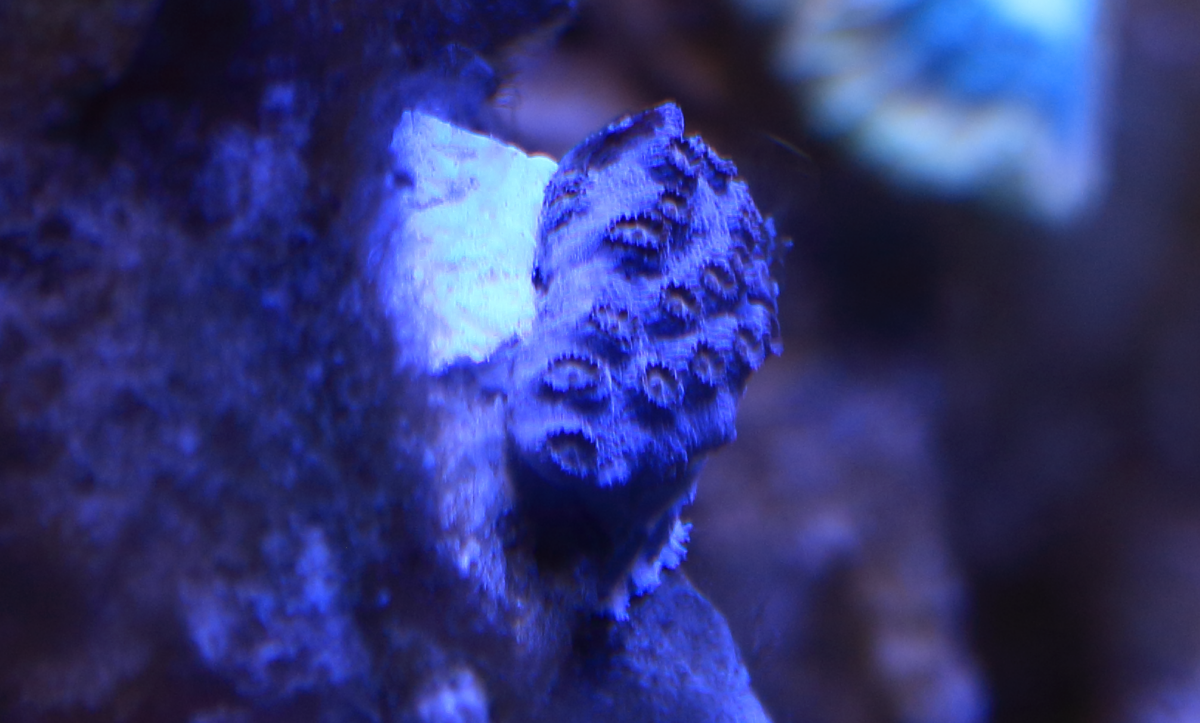 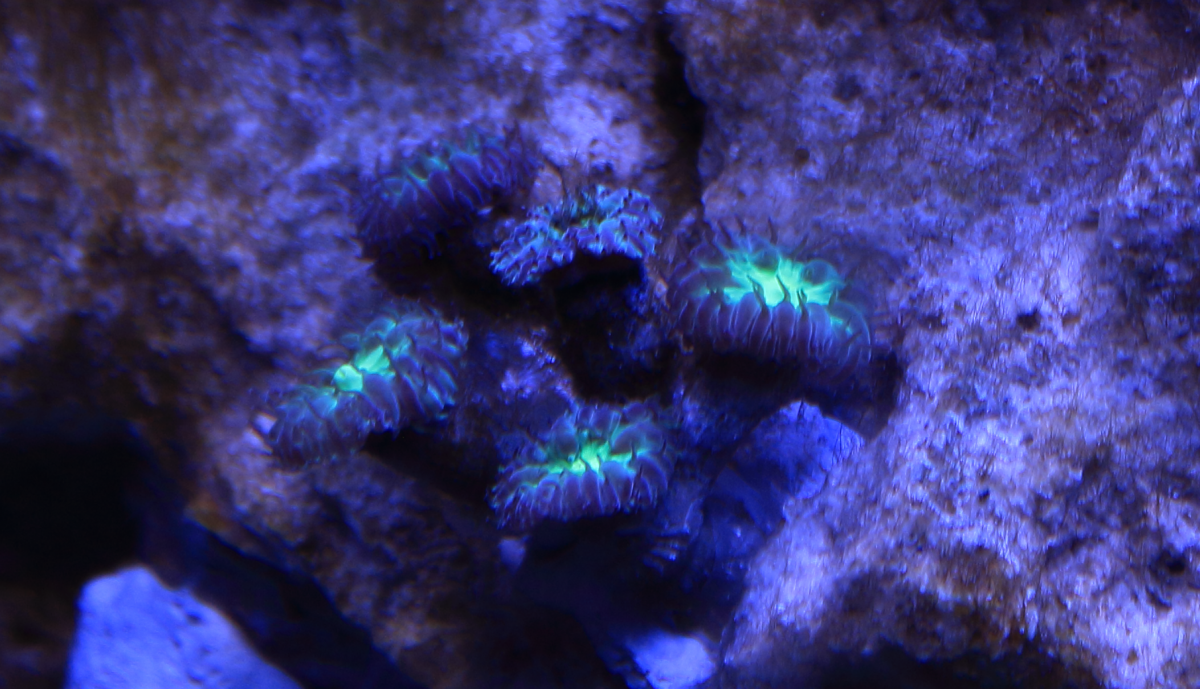 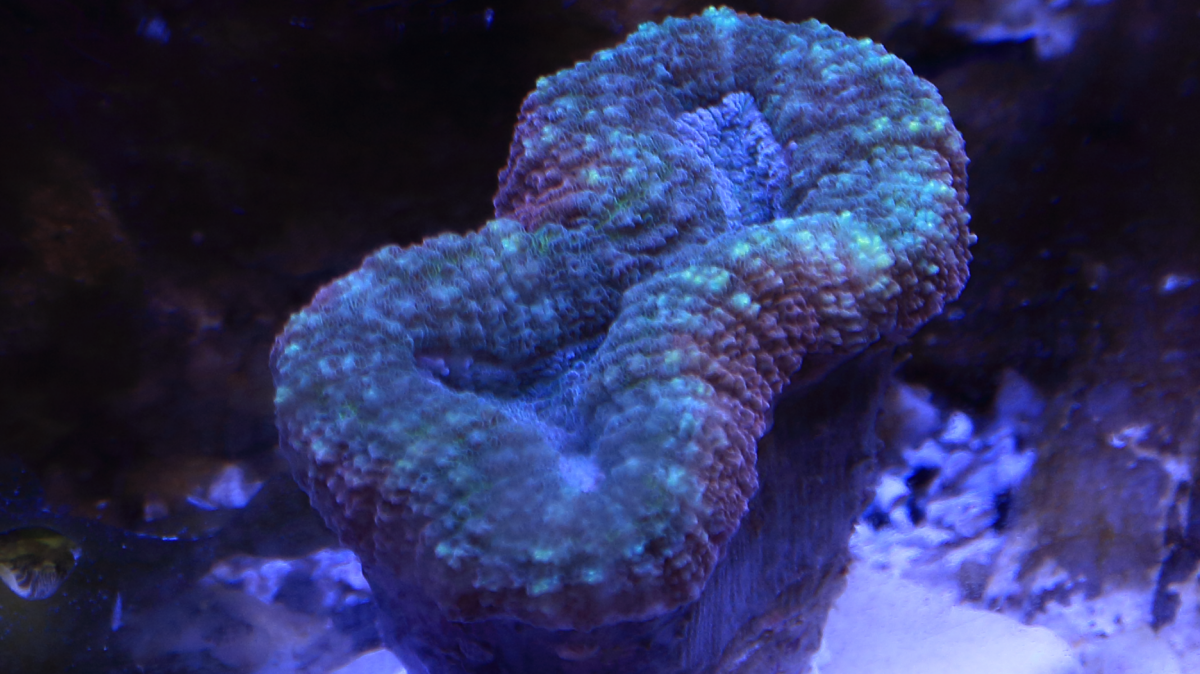 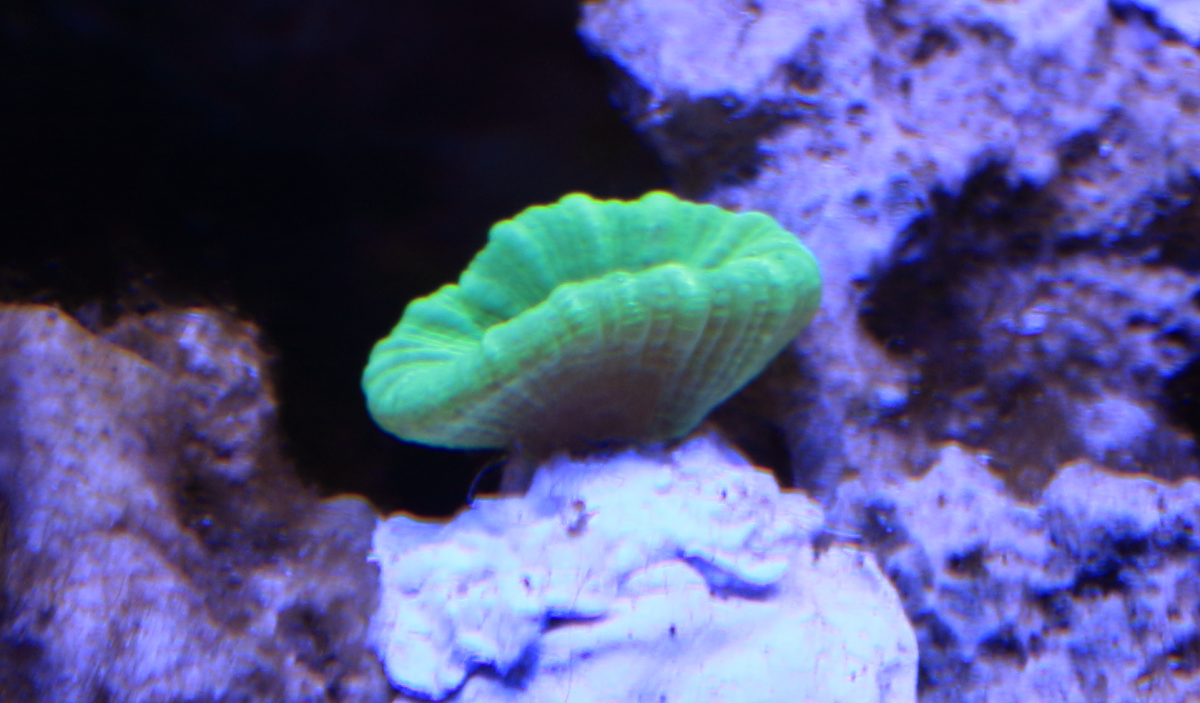 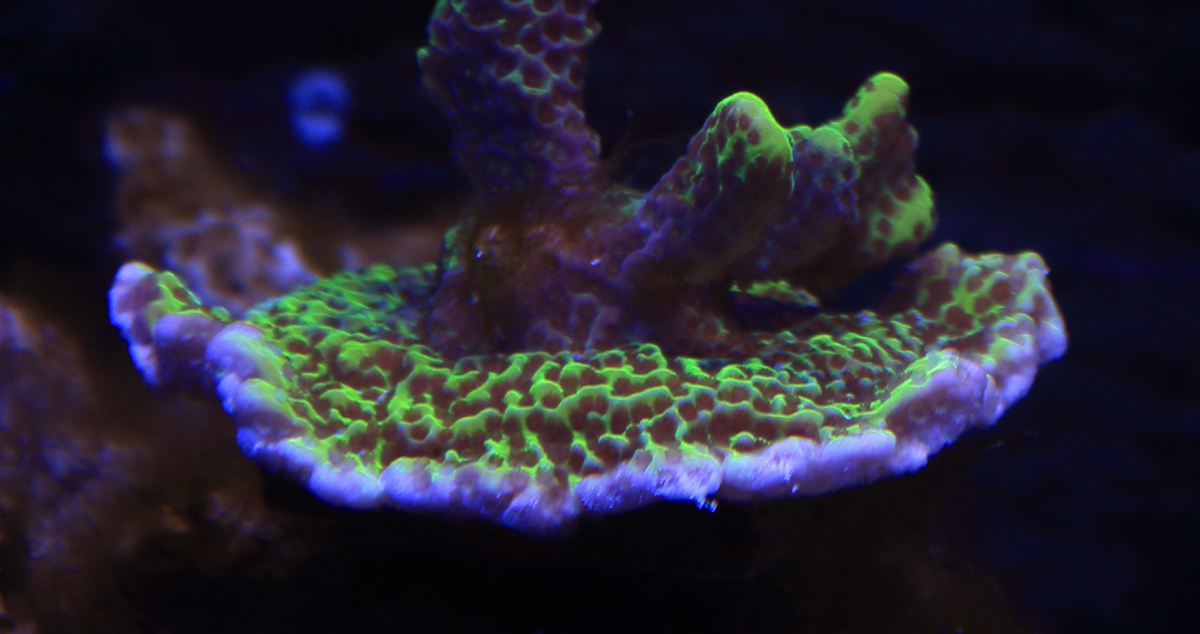 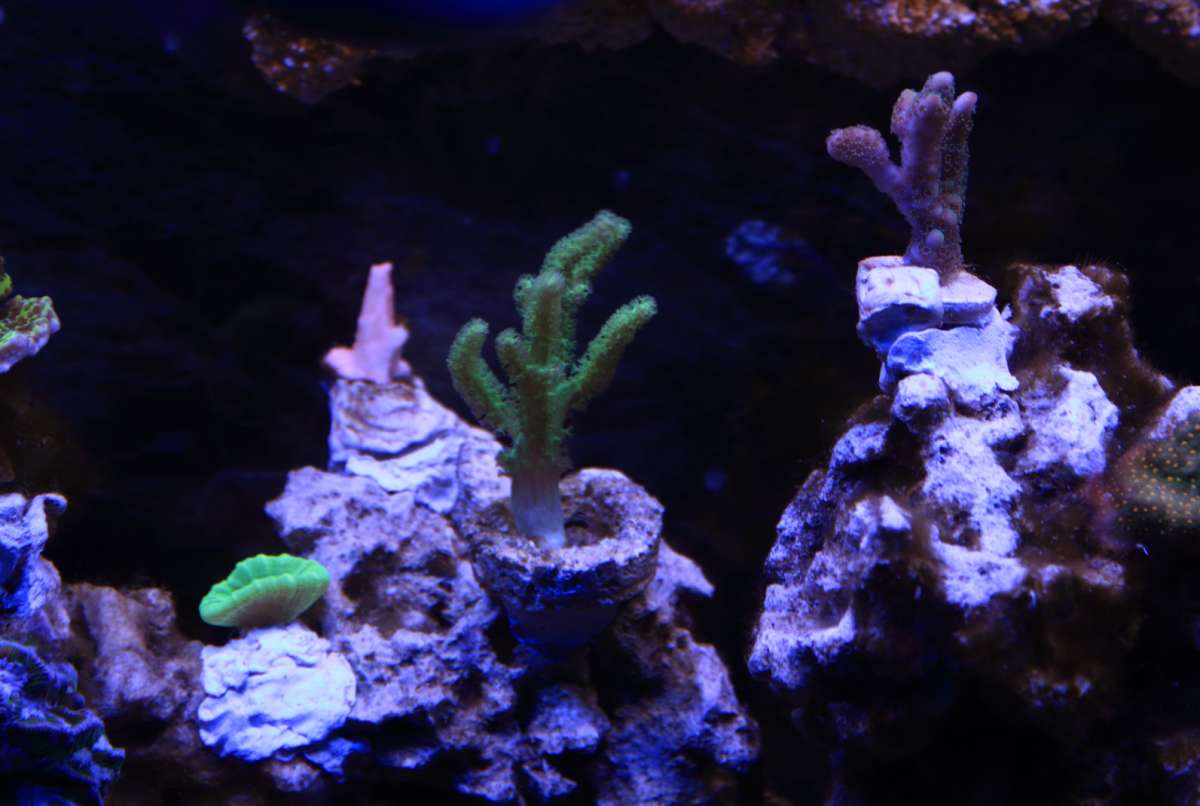 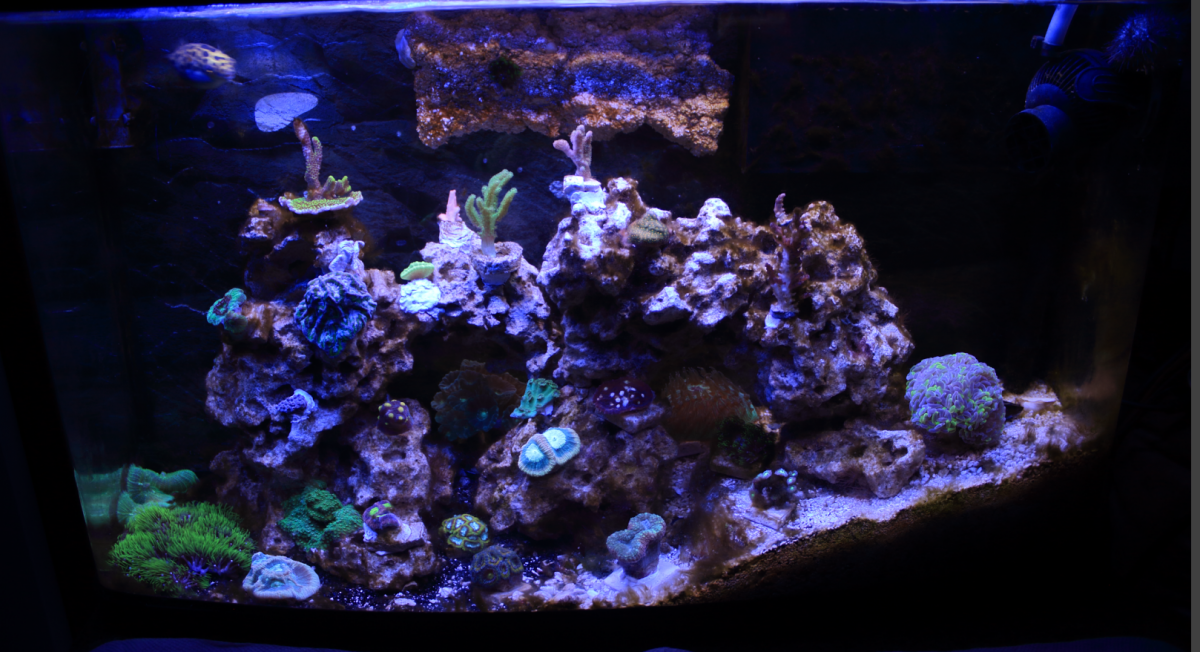 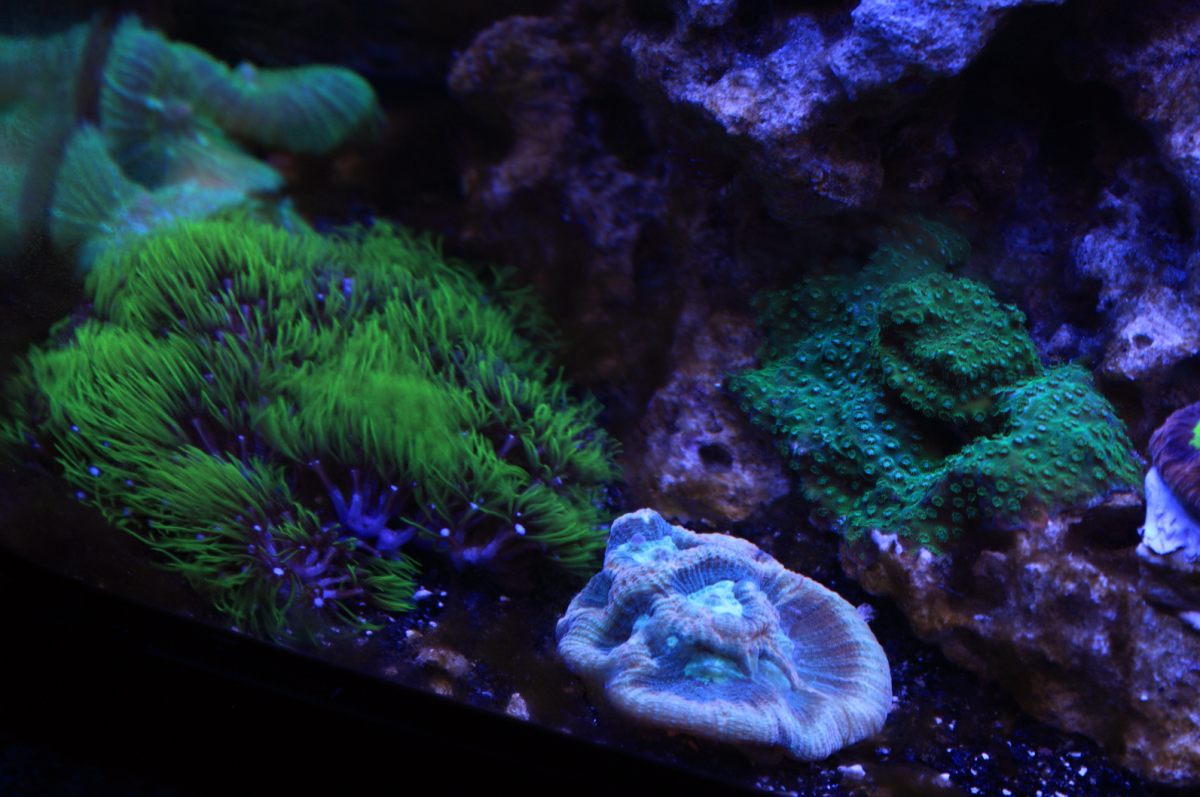 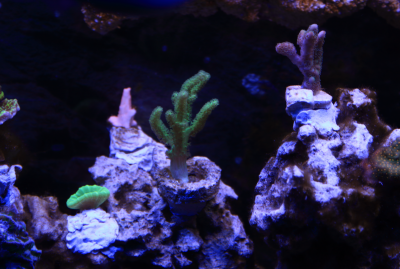 some notes with the current aquascape:


Spotted the Peppermint shrimp trio out and about scavenging the rocks. They are funny, but I haven't noticed any fewer aiptasia yet. At least I know they aren't scared to leave their daytime hideout.