As suggested by others in my introduction post I've decided to start documenting my first saltwater aquarium build.
Learning this type of forum setting is new for me so please have patience with my lack of templating.. I'll do my best though.

Going back about two months I decided to take the plunge into saltwater aquariums. Not knowing much and convinced it would be expensive I decided to start small and work my way up over time, ideally moving healthy fish and corals from my small tank to much larger and nicer tank in the future. My first trip to the local shop produced
1 13.5 Gal Fluval Evo
1 bag of Caribsea Aragonite Aquarium sand (Ethically produced)
1 bag of Aqua Forrest Reef Salt (Synthetic)
1 vial of Aqua Forrest Bio S (Bacteria)
1 heater
1 Sicce 185 gph return pump
Hydrometer
Red Sea test Kit 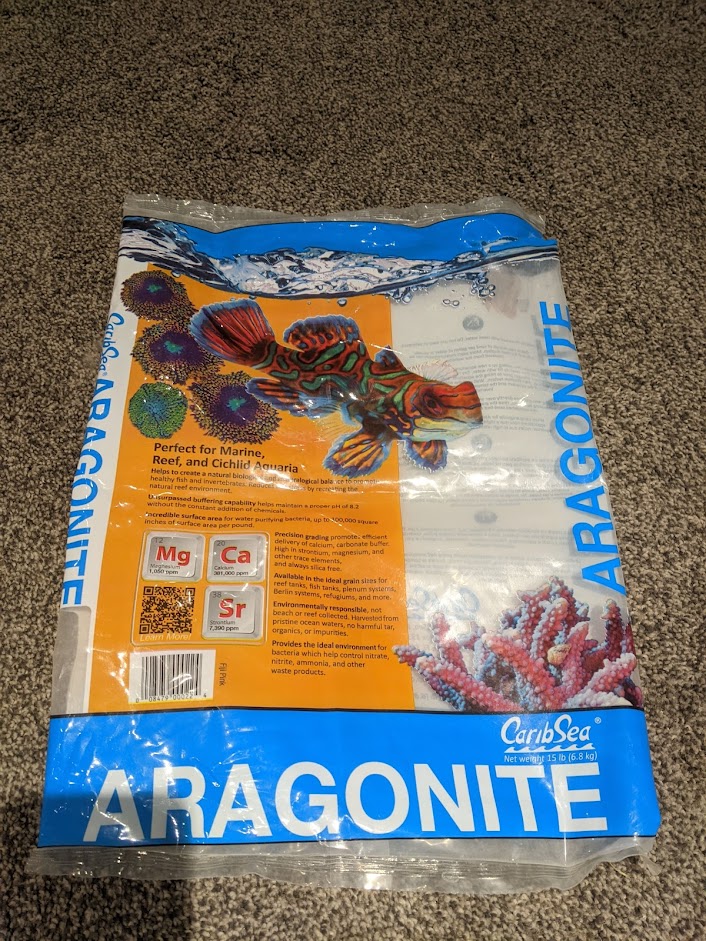 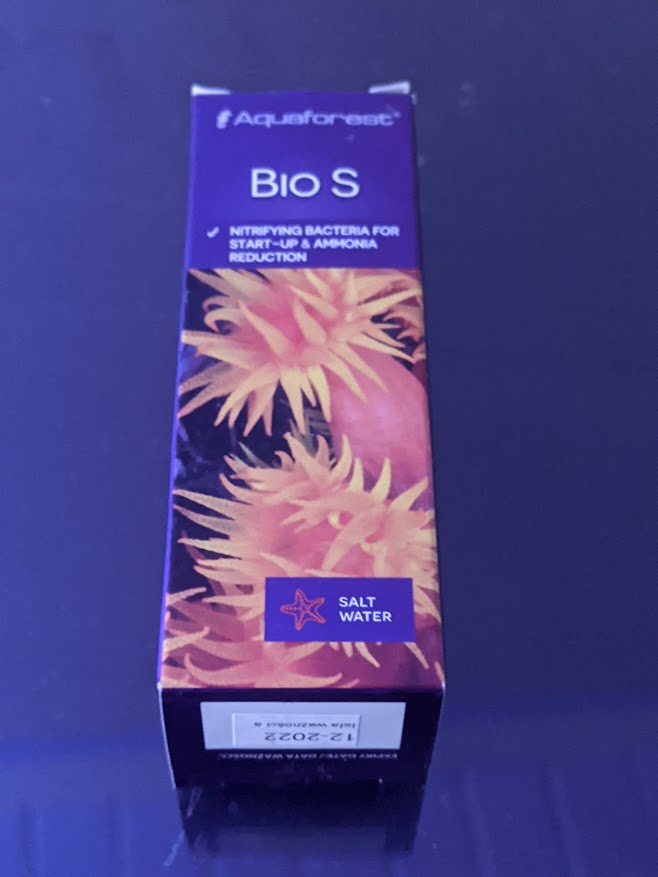 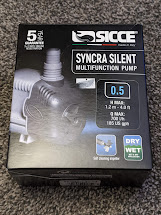 Upon getting home I mixed everything and assembled the tank. YouTube was my greatest ally when trying to set parameters to aim for. My goal was basically a reef tank setup so my research led me to go for
0 Ammonia
0 Nitrates
-10ppm Nitrates
35ppt Salinity
25ish Degrees Celsius

Having no fish or invertebrates to create ammonia I decided to ghost feed Mysis shrimp for the first two days before tiny amounts of fish flakes for the following few days on a 48 - regime. After one-ish weeks I stopped and waited. Each day I added one drop of the Bio S bacteria and hoped for the best. I didn't bother testing for the first two weeks because I had a decent idea of what would happen considering the nitrogen cycle processes.

My first test a few weeks in showed no ammonia but high nitrites and very low nitrates. I waited another 2 weeks and boom, high nitrates, no ammonia, and no nitrites. At this point diatoms were forming and I decided to go buy some live rock. Shopping around for a while I ended up buying cheap rocks from a guy online. This was probably not the best idea considering pests and hitchhikers, which I've already got now... but I got more good bacteria and hopefully some coralline algae that will stick around. 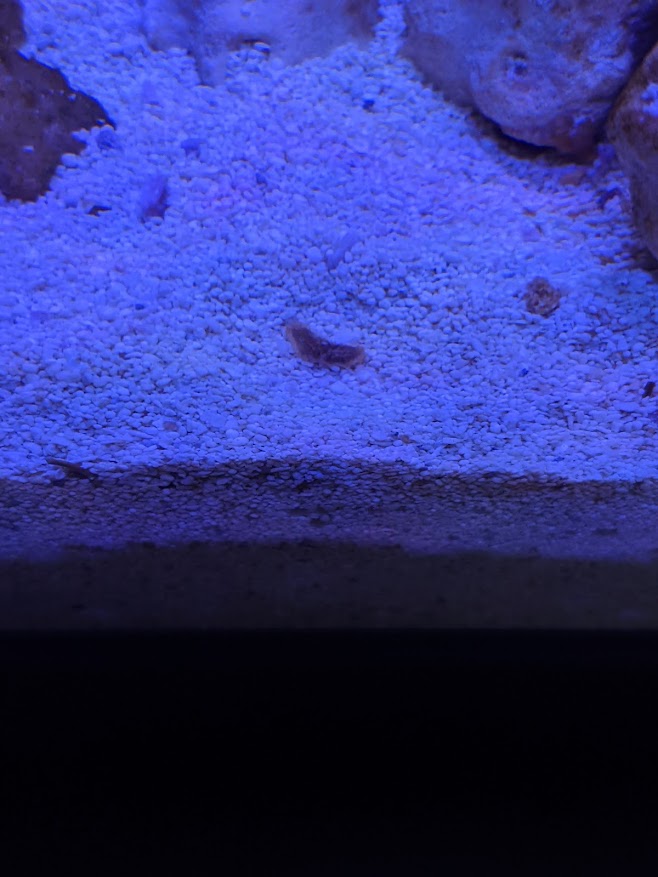 Some sort of Starfish.

At about the Same time I decided to add some cleanup crew to purge the diatom bloom.
My next trip to the store produced
3 Astraea Snails
3 Halloween Hermit Crabs
1 Fluval Mini wave maker
1 ROI buddie system (Yes, I used tap water to fill the tank the first while)
Ceramic bio balls and bags
ATO system

Now I was basically just waiting, ensuring my cycle was 100% complete, getting used to mixing salt and using my new test kit and completing 10% water changes every other day. This lasted around a month. It was boring but made me very excited to get tank additions. Plus watching my cleanup crew going to work was kind of cool. However, last week my brother came to town and offered to buy me a late birthday gift while at the exotic pet store (what a nice guy). I decided to get a Fluval Nano 3.0 LED light as it was cheaper but still allowed decent functionality, good lighting and has acceptable online reviews. 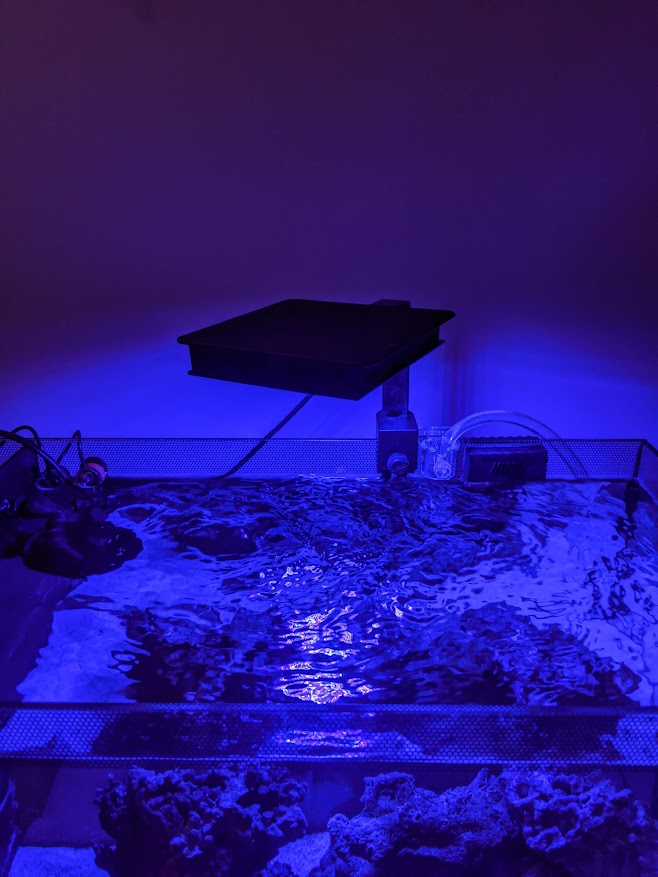 This is when things started getting crazy for me.. I was now addicted to the blue glow of reef tanks...
After setting up the light and creating a custom lid it was back to the store the following day.. 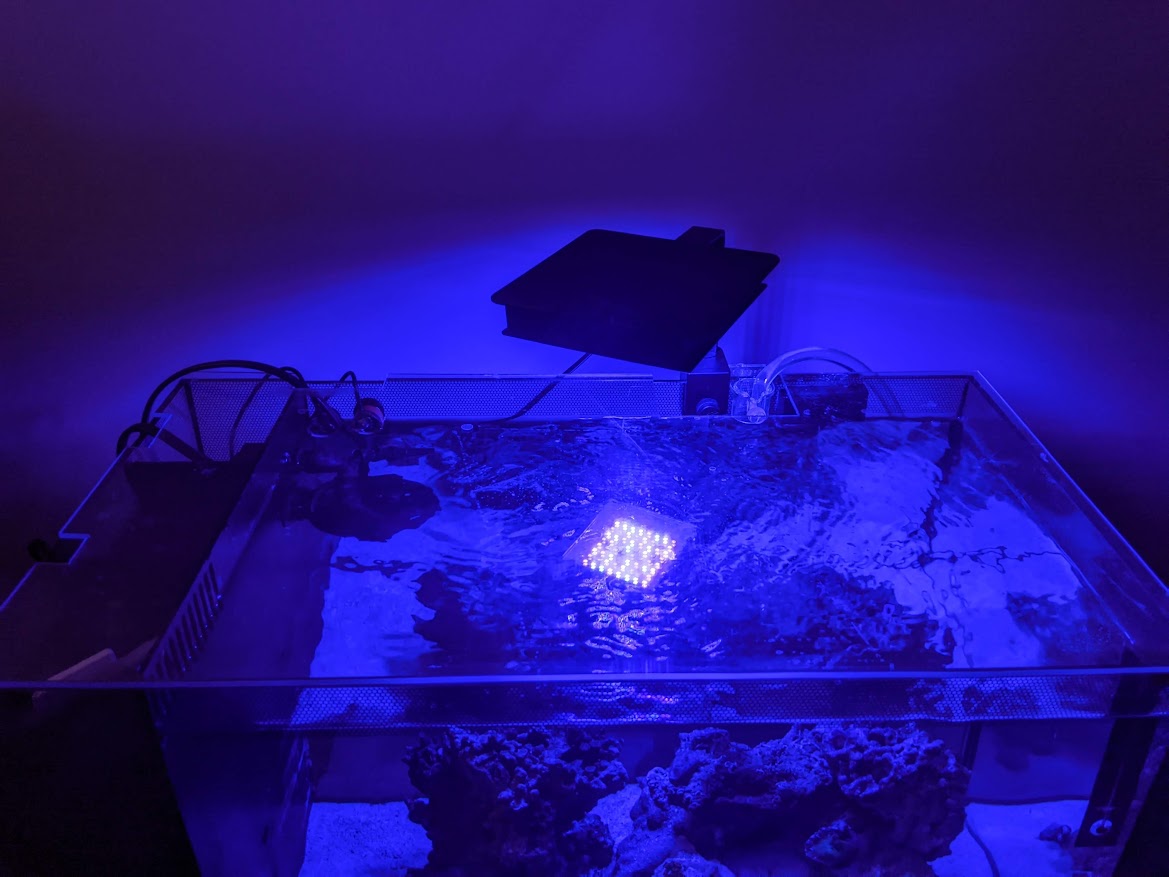 This trip to the store was more cautious and I ended up bring home just two items. I wanted to see how they would react to my water. Everything went great, as far as I can tell anyway! the GSP started to open by I kept moving it around trying to find a better spot and now its being shy. 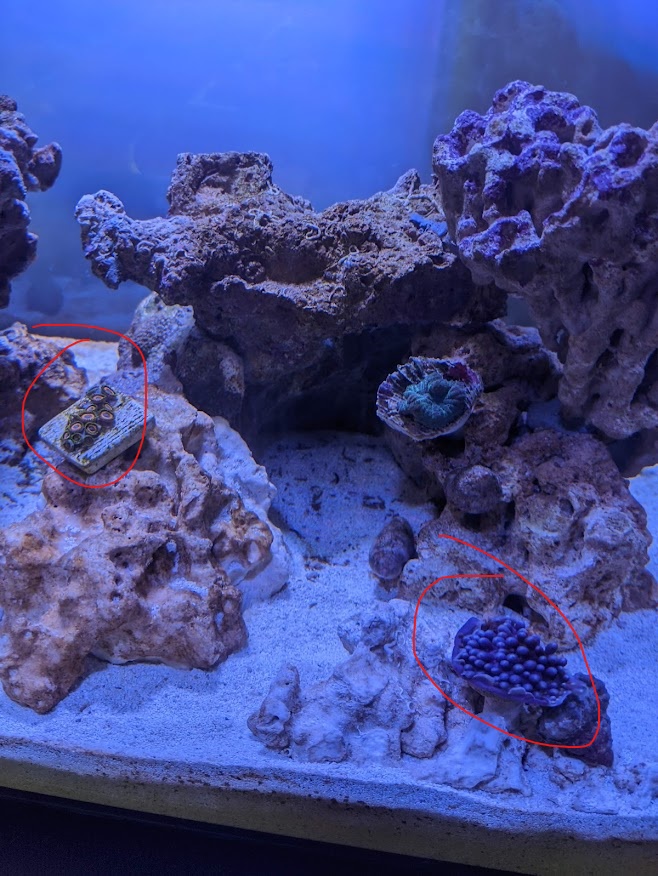 The following day we went back and bought four more corals... I know.. my patience ran out haha..
That was two days ago and this is where I'm at now. March 28, 2022. 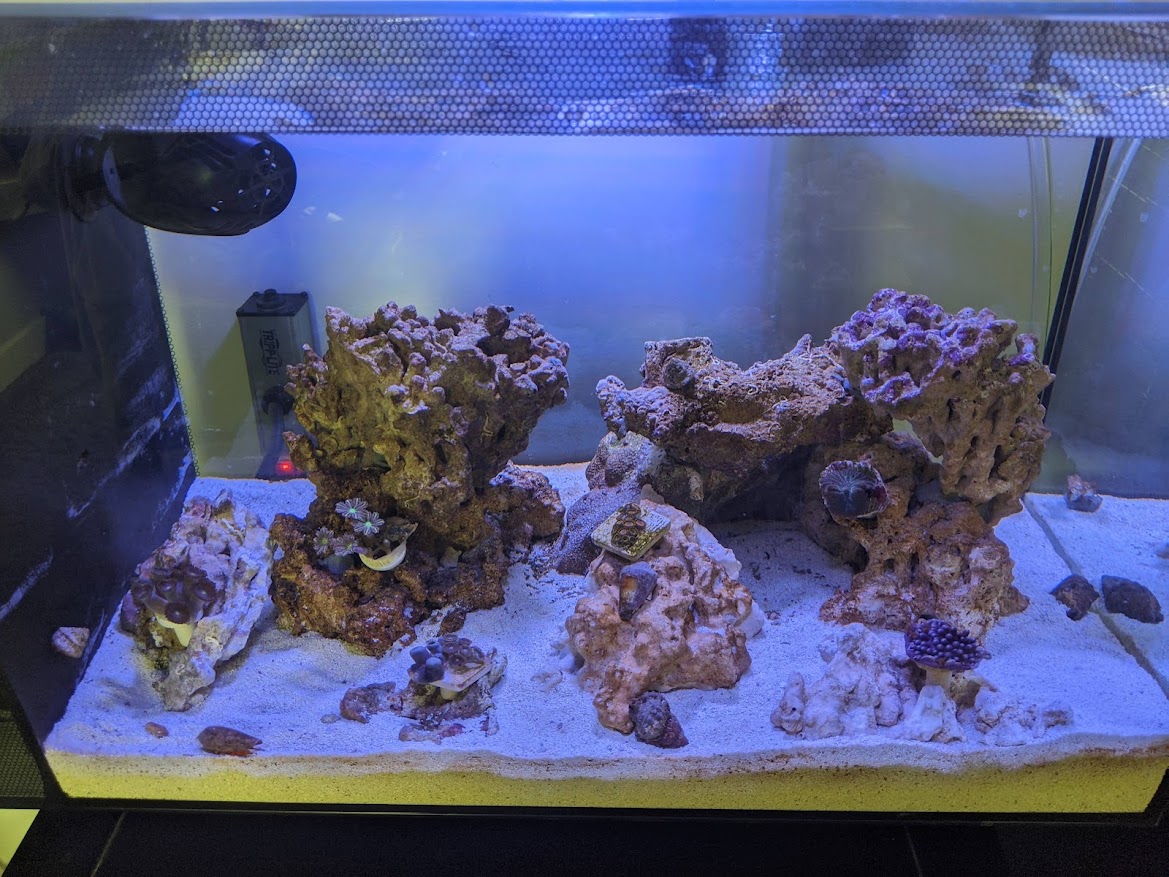 Since this last photo a few corals were moved and glued down. Once I can get a better photo with everyone opened up I'll add that.
The reason I haven't added any fish yet is because I'm going on vacation for 2 week in May and I figured the extra bio-load might complicate things while I'm gone. Hopefully the corals do alright with the ATO keeping things relatively stable though.