I've got torch envy now. Love that banana. Where did you get it?

I put mine on some large tiles. I keep them on the bare bottom and tuck with in nooks to give them some relief from the flow.

Reef Raft had one banana for sale on July 4th. I've seen it around on other sales too, just not usually more than one. It's my favorite.

An update, and the first significant set back on this Peninsula tank.

Thursday I received my order of 6 fish from DrReef's. 4 ignitus anthias (1 male 3 female), 1 yellow watchman goby, 1 katherine's wrasse. All looked good, were eating and acting normal. Come Sunday and I can't find one of the female anthias. The wrasse is also looking bad, with heavy breathing. I made a post about it in the fish disease forum. Literally 20 minutes after I post the wrasse perishes. Went from being fine Saturday to dead around noon on Sunday. what the heck.

I eventually find the missing anthias poking out of my live rock...without an eye. Clearly it's dead. I use tweezers to pull it free and a 1" mantis (NOW THERE ARE TWO, CRAP) fights me for it, smashing at the rock trying to keep its prey. Super unclear if it killed the anthias, but it definitely ate half of it!

And the final loss...my god torch melted/disintegrated in about 36 hours. I saw some flesh sloughing off Friday evening, and by Sunday it looked like this: 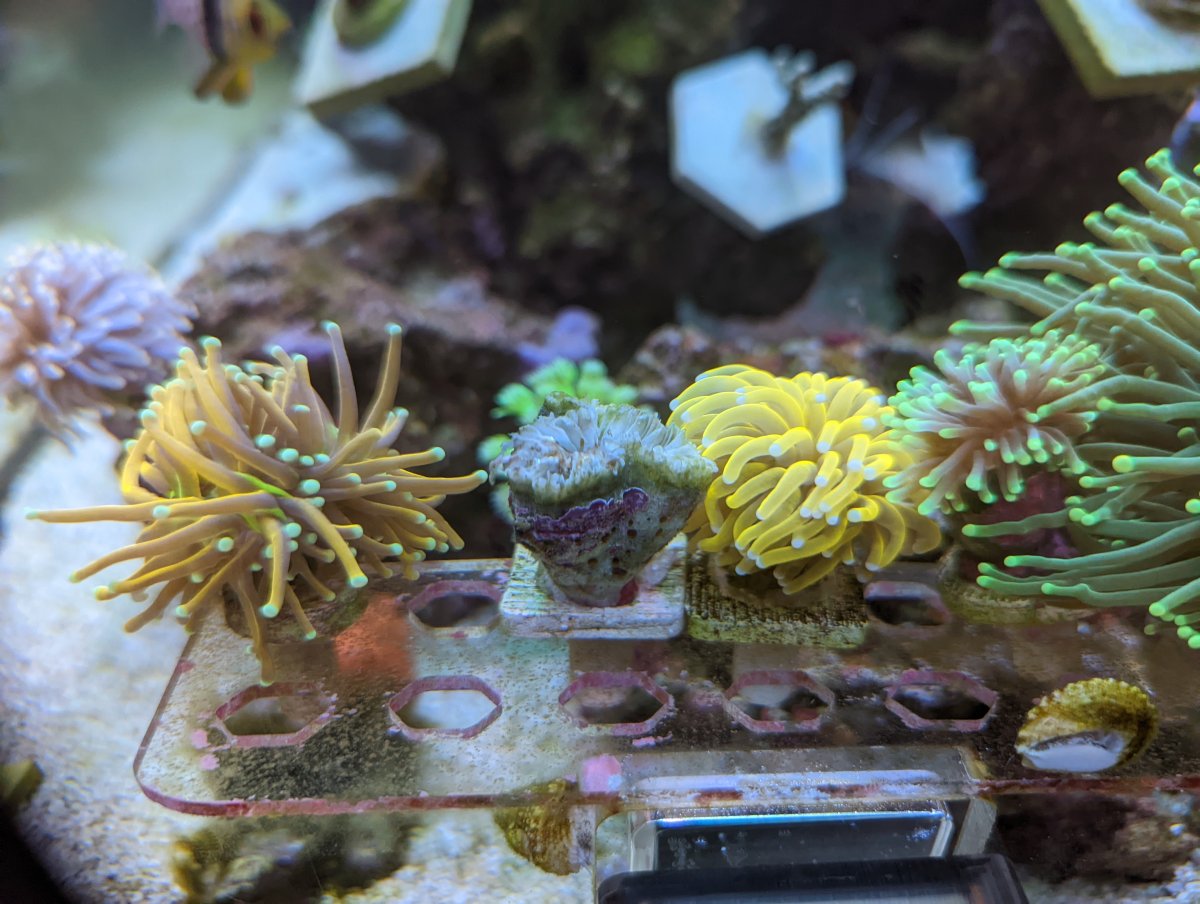 All my other torches seem to be thriving, so it's an enigma at the moment. Costly enigma.

A few photos to end on a high note: 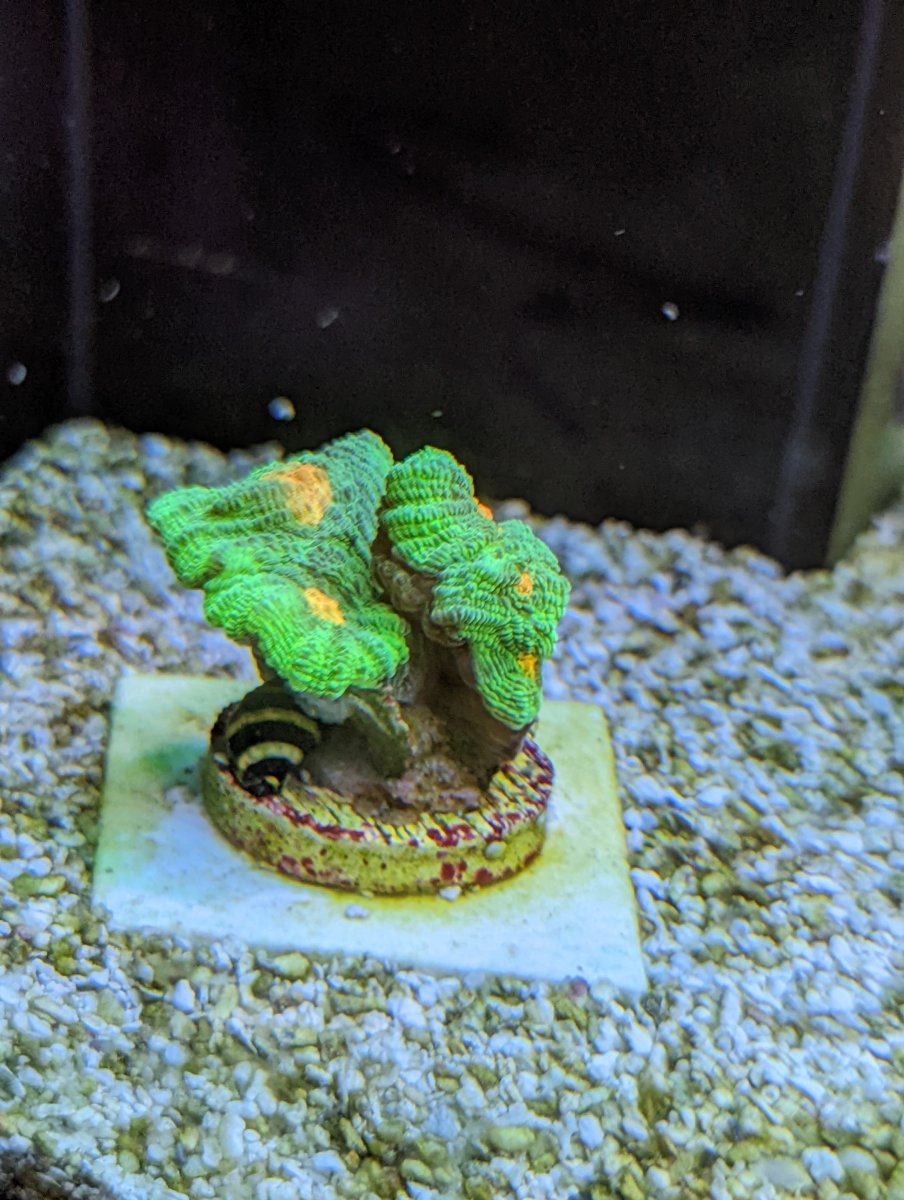 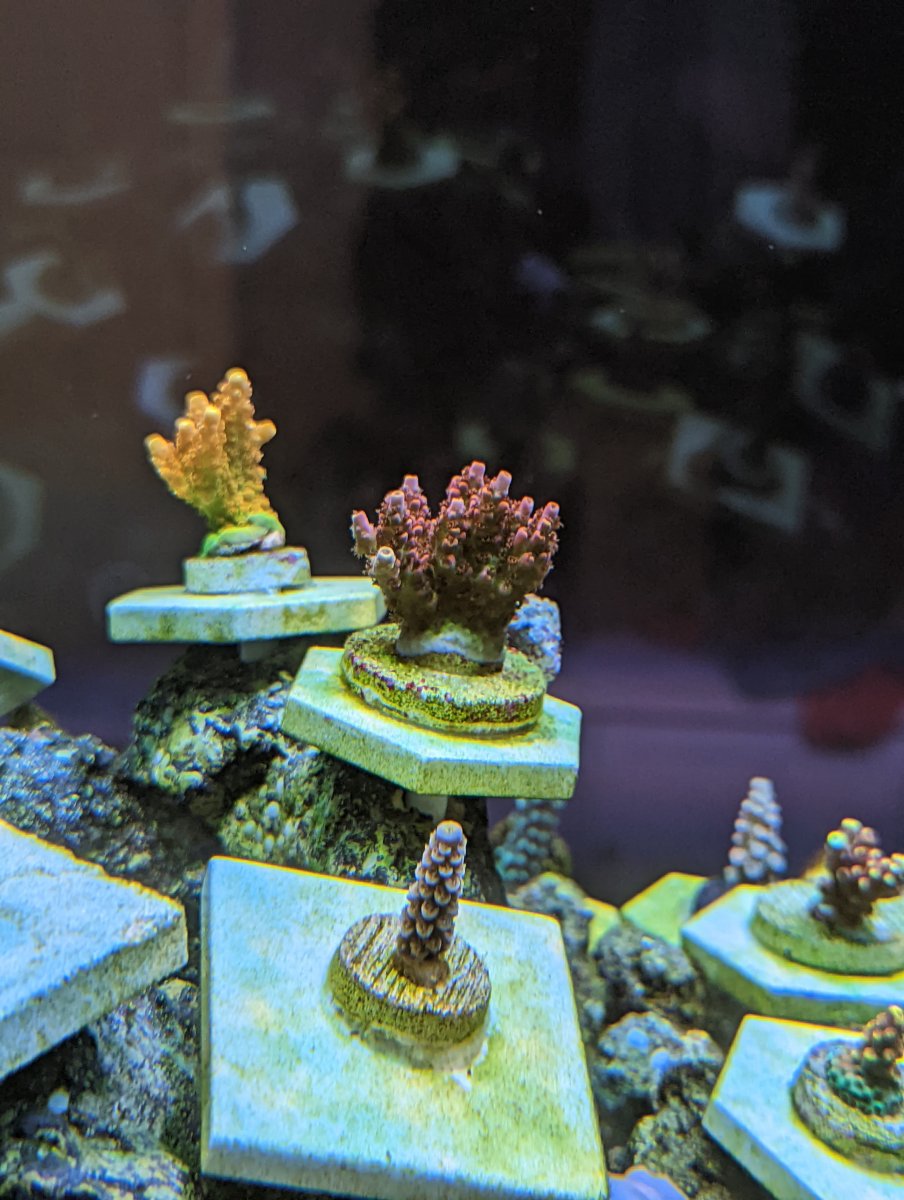 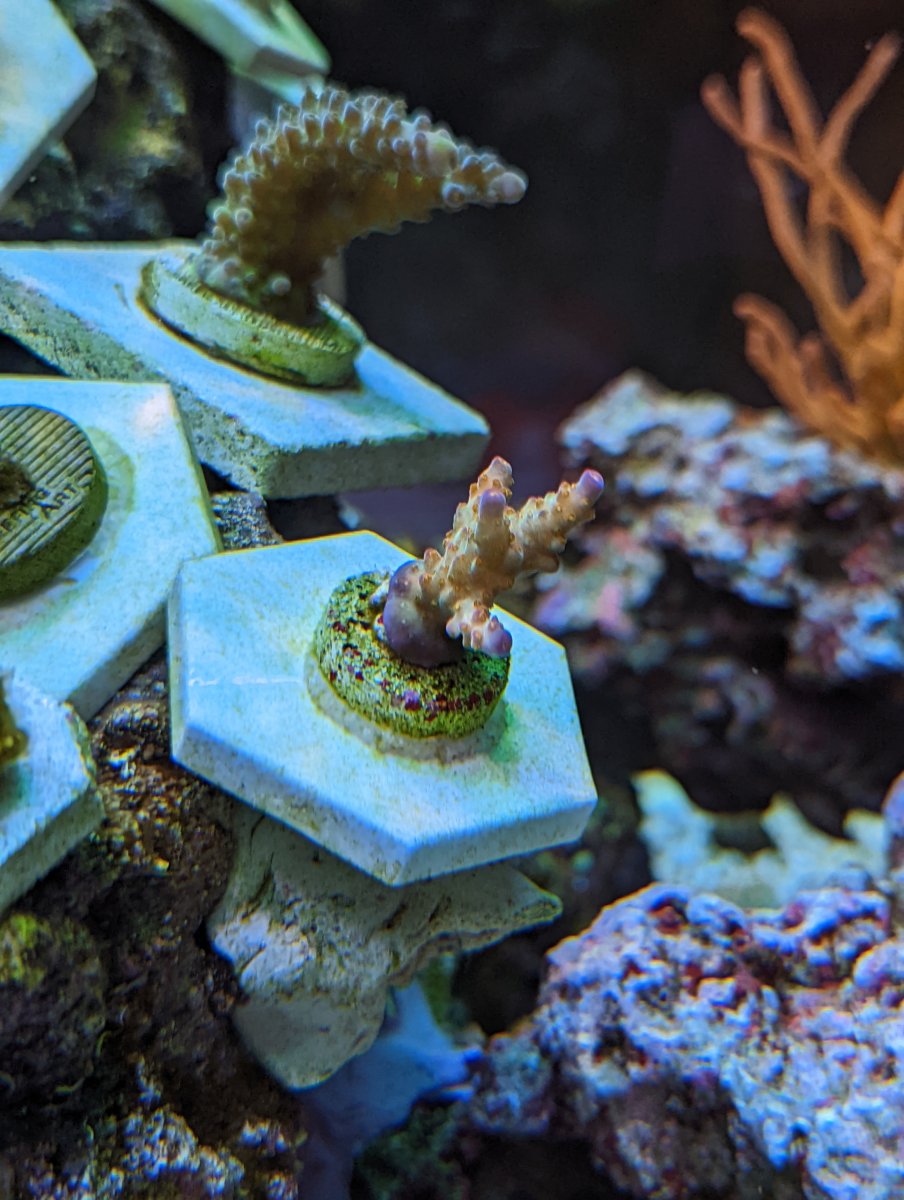 I slapped together a budget refugium setup today! How/why did I decide on this? Well, I think @Coral Euphoria is my Reef Guru. Abe’s videos are incredibly well researched and presented. I recently watched his bucket refugium video, and loved the concept. My current refugium is a small frag rack, with a mounted AI Prime 16HD. Things in the sump are growing like crazy…that includes algae. The frag rack had a bit of GHA, but my chaeto was covered in the stuff. There was too much surface area for bad things to grow, the frag setup was neat and convenient but ultimately I need to move things quick that I’m propagating and that should be in the display to motivate me to get rid of it.

Enough chatting, here’s a few pics of the new setup: 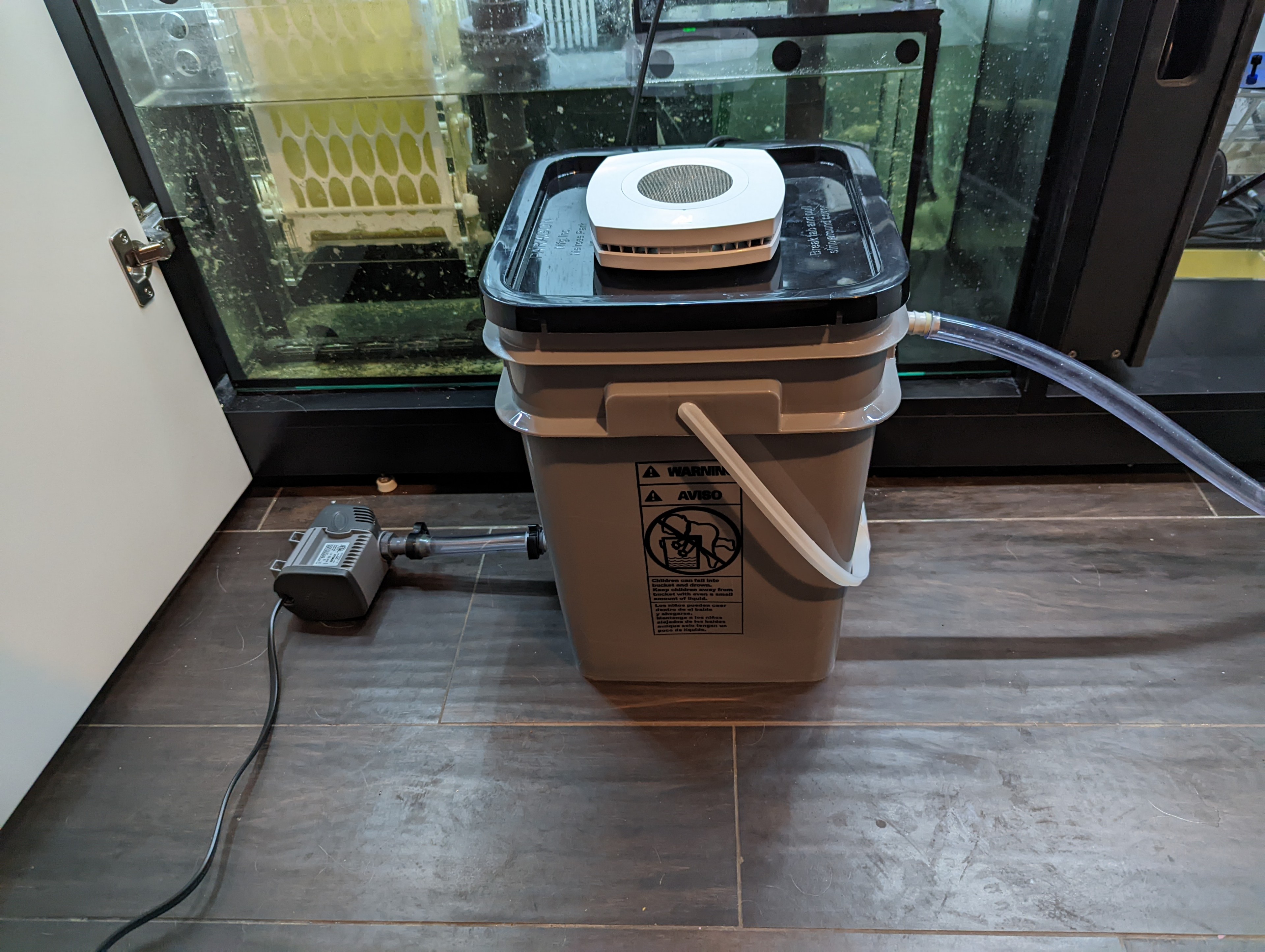 After experimentation I ended up removing the outer uni-seal to ensure there’s almost no chance of an overflow, the 1.25in drain is currently emptying plenty. Proper drainage is a must with the way I’ve got the AI prime sitting on top. Plan to hang the mount in the future with a small gap, or maybe build out some plastic shelf. Also could raise the bucket off the bottom of the glass. I'll definitely do something more to improve safety. 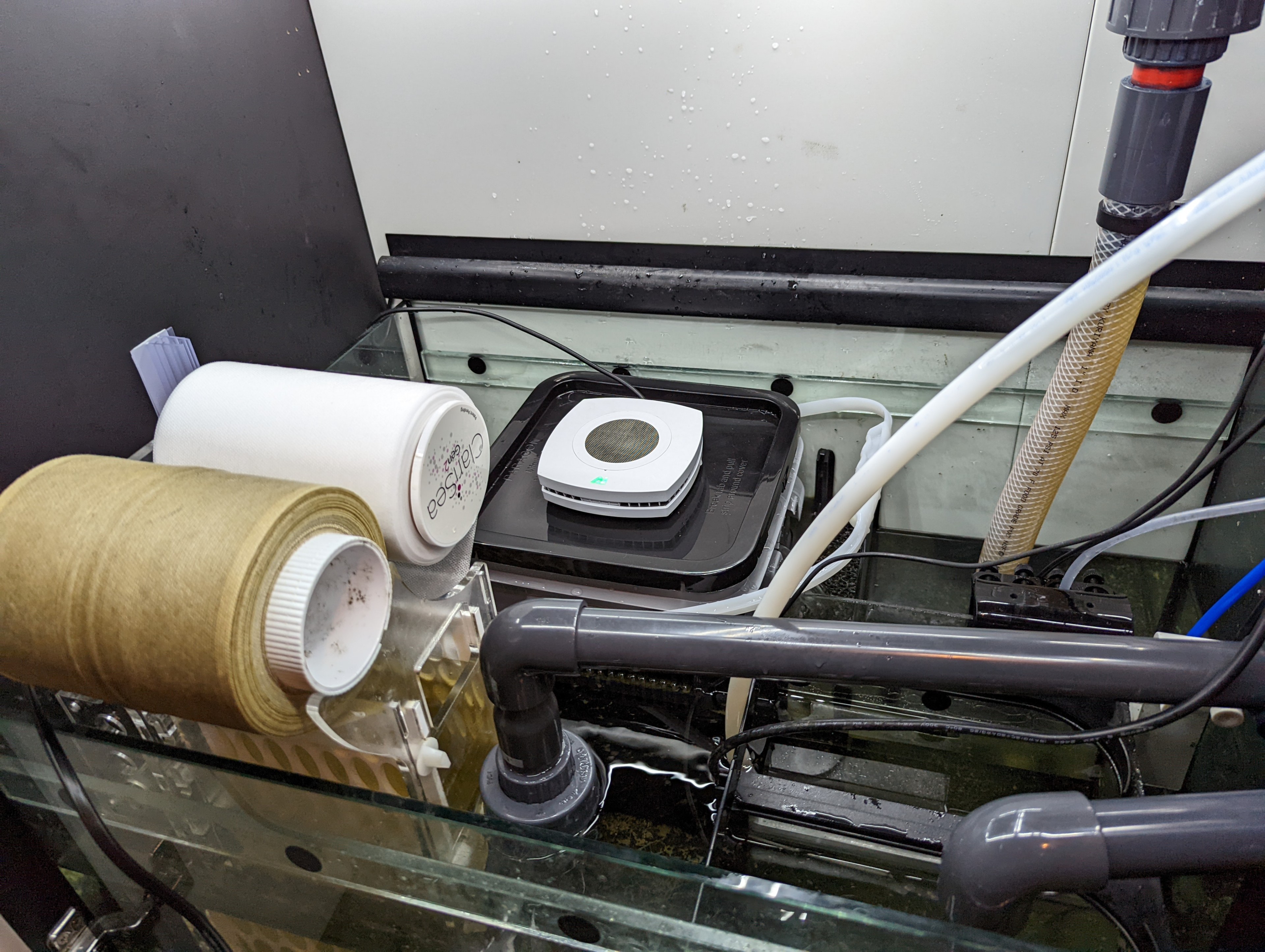 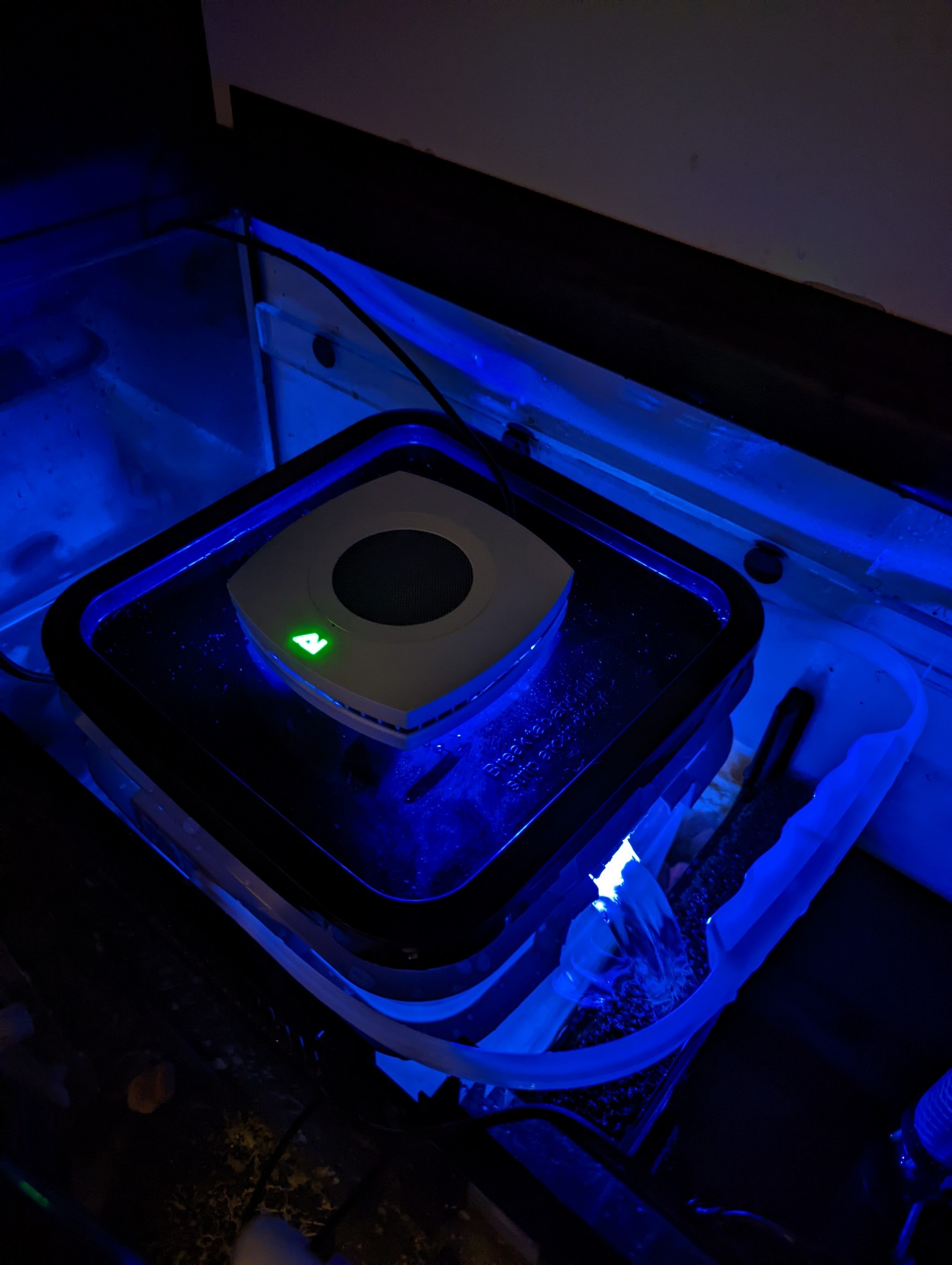 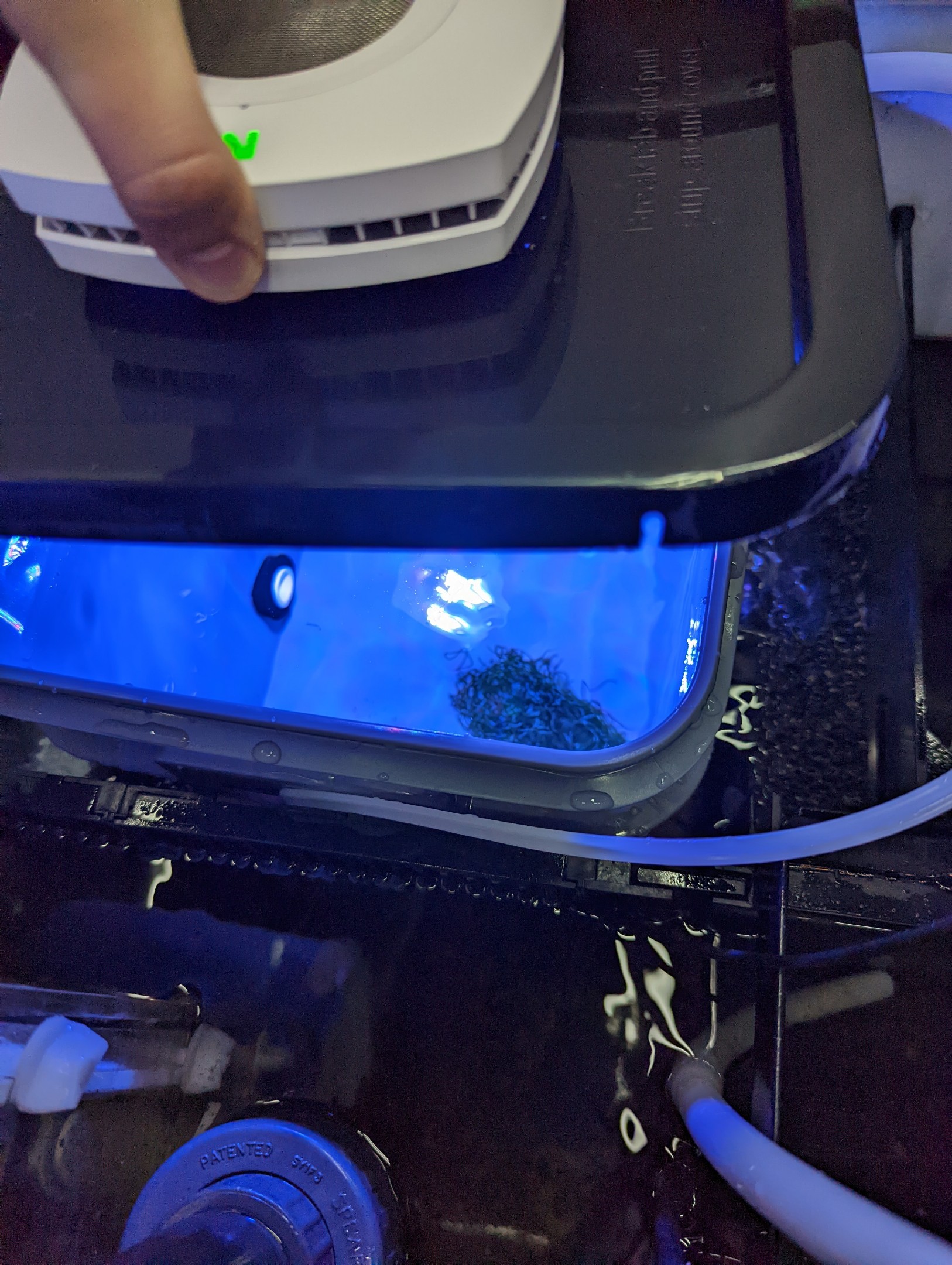 Pretty happy with the result. We’ll see if I can keep this bunch GHA free.
Last edited: Yesterday at 2:21 AM