@truepercs phyto is super easy. It doesn’t have to be as warm as the tank. The room I culture it in is a laundry area that stays around 67 or 68 degrees. I just use a simple grow light from Amazon and it does the trick. I alternate between nano and tetra cultures and it takes about ten days for the culture to be ready. I haven’t had a culture crash yet. I keep it in the fridge till I need more and as long as you give it a shake on occasion it should stay good.

@Idech im using the Bluetooth version but the app is really easy to use. I’m super happy with the pump. I’ve calibrated it twice since buying it calibrating once a month but it stays accurate. No problems connecting or anything so far. The app lets you dose manually or set it to a schedule. If I have one complaint about the pump, it’s that the clock runs a little fast. It ends up running about 4 minutes fast by the end of the week but there’s an option in the app to re-synch the internal clock to your app.

So we’re about 2 years in. Budget and just trying to keeping things simple has things moving pretty slow with this tank but I think I’m finally done buying frags. Things are getting pretty crowded. I might have room for one or two more corals here or there but for the most part my goal now is to just watch these guys grow and fill up the tank.

My ongoing algae issues are still a thing but it has gotten considerably better compared to the hair algae I had before. I think this most recent bloom happened because I turned my lights up but it’s starting to clear out again now.

speaking of lights I am currently running my XR15 gen5 at 68% and my reefbrite XHOs at 45%. This seems to be a sweet spot that’s not too harsh on my lps but still enough light to get proper colors and growth out of my sps. No idea on PAR yet as a par meter is way out of my budget so I’ve just been slowly increasing the light and letting my coral tell me if it’s too much or not.

And a final update for now - I’ve sold my first few frags on the local reef club forums over the last few months and am very grateful for that resource. The Atlanta Reef Club is great!

the lights aren’t on yet but I have this post all typed out so I’ll go ahead and update the build thread but I should update with a tank photo cause things are really growing in. I’ll upload one later today once the lights come on. 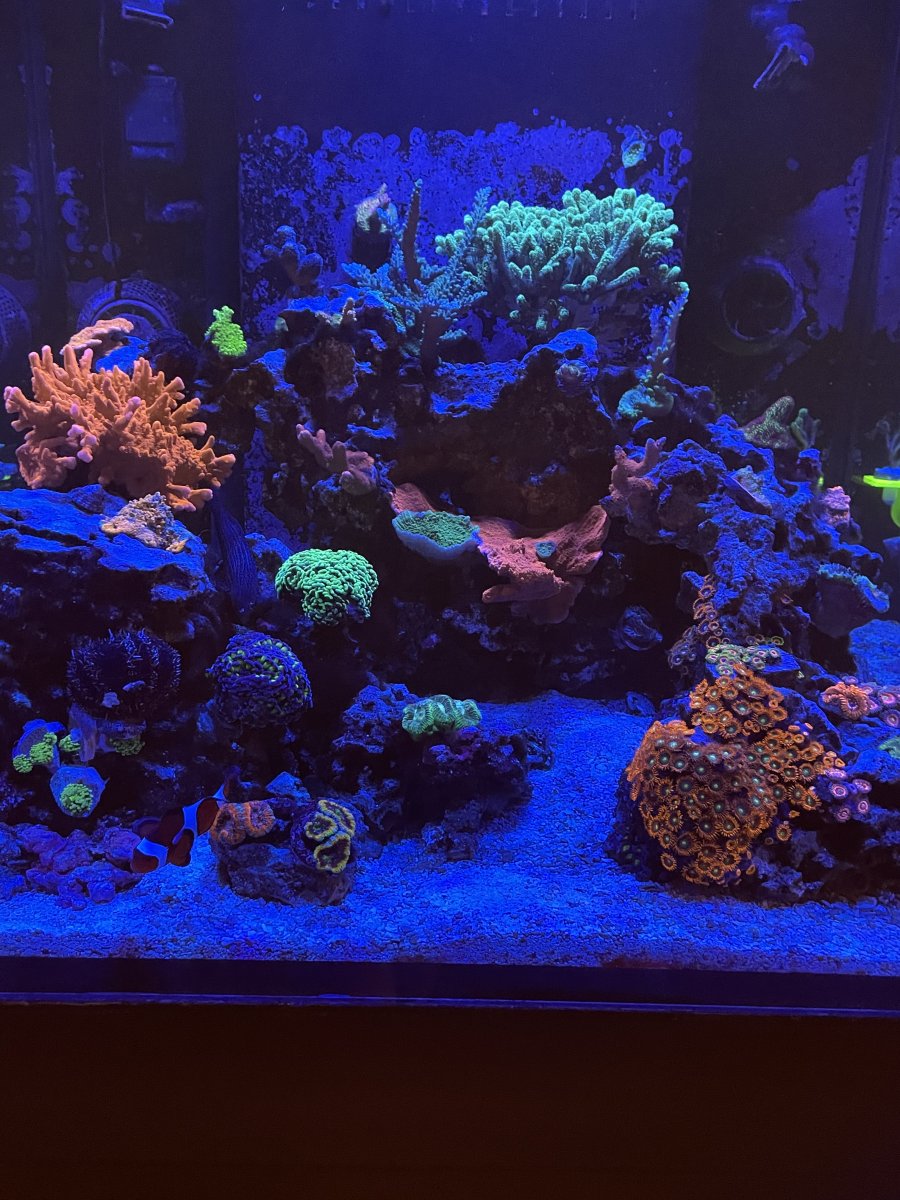 I fragged the red monti cap back and glued a green monti cap on top as an experiment. I’m hoping they’ll grow into each other. We’ll see in a few months
Last edited: May 26, 2022

Nice, I have a older 50g from sca I'm bringing back to life. This is some inspiration

Man! I just bought the same tank, and I cant wait for it to get here. Your tank really took off. Those zoas have grown in nicely, and im not sure of the name, but that pink encrusting one has taken over the rocks in the middle there. Its a great looking tank.

I am planning on going with a single kessil 360x for my lighting.

How is your tank doing now?
OP

I appreciate the comments!
The tank is growing in nicely.

@Jmcdaniel0 i think you’ll love the tank. Cube tanks are fun to fill up and SCA make some good ones for sure!

I joined the local reef club last year and since then, my tank has really packed out full of coral. I think…. Maybe…. Possibly…. I might just be out of space for more coral aside from zoas and encrusting type things. I’m really looking forward to what this tank is going to look like in a year or so once these frags have all grown in.

I’ve rearranged a few things. The massive birdsnest I had got too big for it’s own good and started to STN in the middle where it was blocking its own light. I fragged that guy up and restarted the colony on the right side of the tank.
I tried grafting a green monti to my red one in the center which didn’t quite work out so I fragged the red monti back and reglued the green one just above 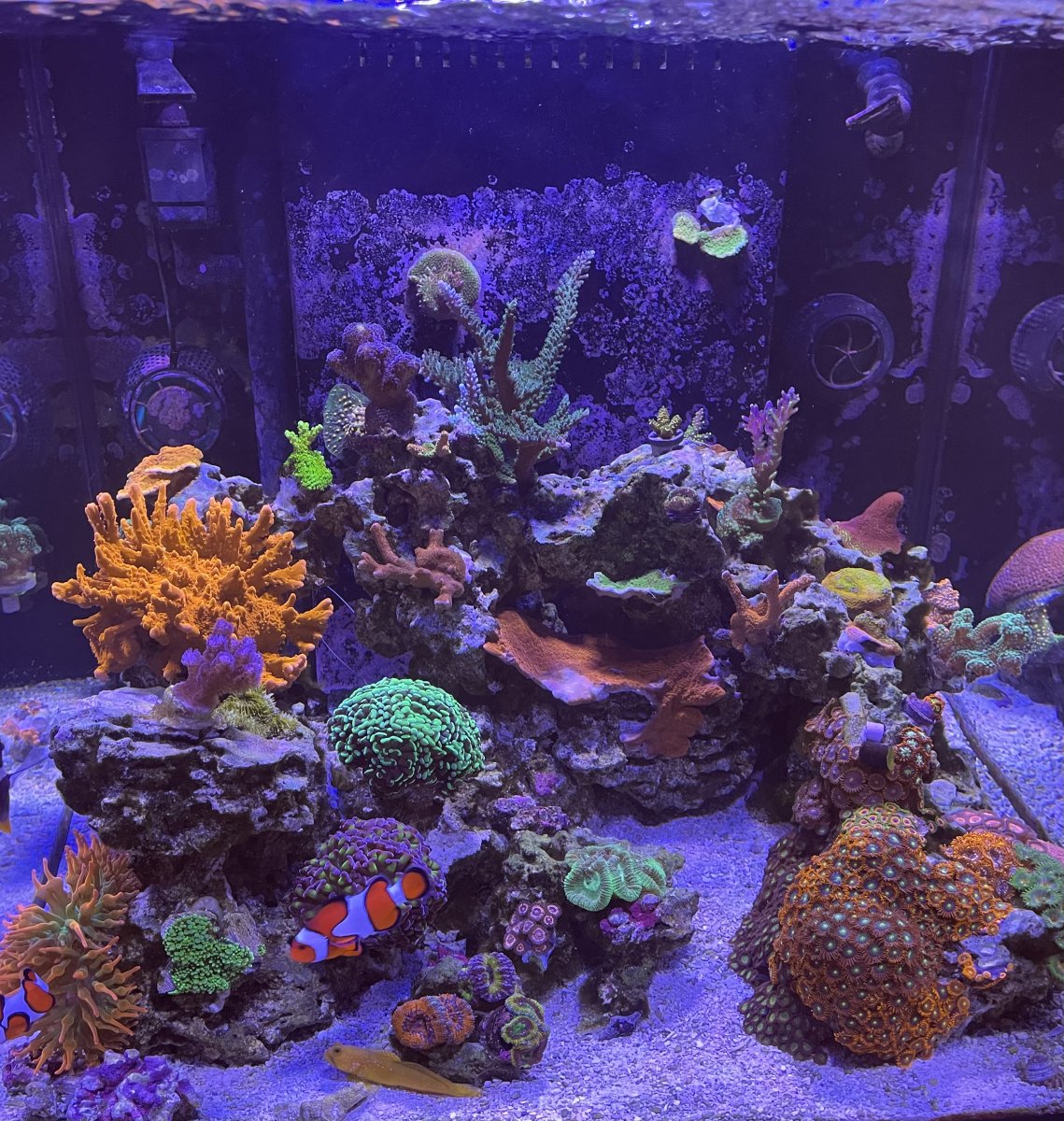 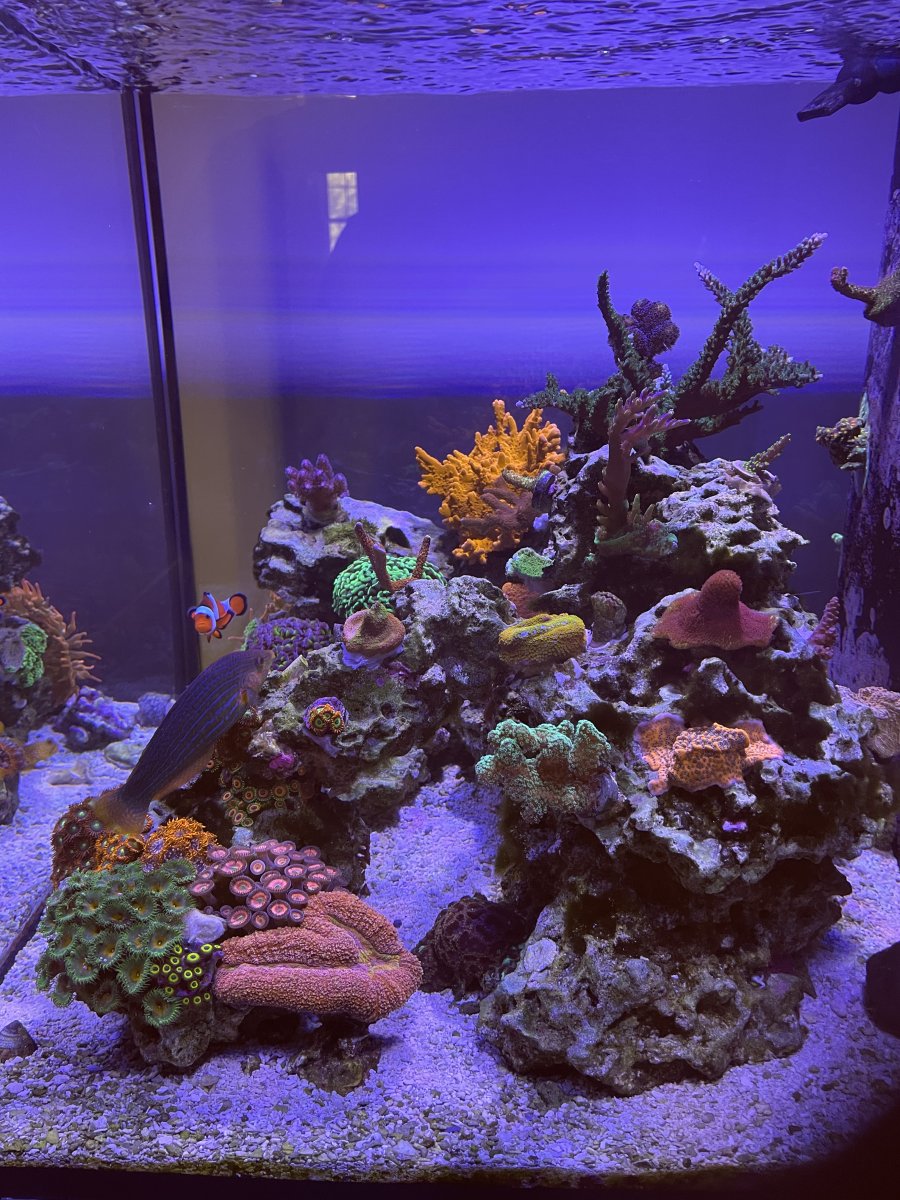 Fantastic! I am going to try and put encrusting coral on the back as well... I really like the 50 cubes, they are easy to maintain, and have enough room to load up with stuff