Hello this is my first build thread here and thread in general. I've been on the forum but haven't shown my stuff yet. I'll introduce you to my main reef display but first I'll introduce myself. Skip this if you just want to see the setup and juicy stuff. I've been in the aquarium hobby for a pretty short time. About three years now but I feel like I've learned a lot in those years. Two of those have been working in a local fish store and that in itself has taught me many many things. I have mostly freshwater tanks but since setting up this 90g which is very close to reaching 1 year of age I have definitely put the majority of my focus in the reef world. I have 5 freshwater tanks which I wont go into detail here and as of recently 2 reef displays, and two saltwater holding/quarantine tanks. I've had two reef tanks in the past but they did not stay with me long. One was a little 5g and one was a 30g. I didn't keep these tanks up for very long, not due to failure but lack of interest. I suppose it was the small size of the tanks that I could not do much with them and lost interest within months of owning each of them. They were simple with HOB filters and easy corals. I only got to keeping the good beginner corals like kenya trees, frogspawn, zoas etc... I would go back and forth between being focused on them and sort of ignoring them and in the end took them down before long. Before too long I had started thinking about another reef tank and was planning on getting around a 40g cube tank. Coincidentally my store had a sudden call for a tank tear down of a 90g reef tank. It came with a lot of bells and whistles. It had the old apex lite with it and taking it all apart was going to take a good amount of man hours and I was offered a good deal for the setup. The only things that I didn't get with it was 3 mp-10s, the lights, and auto top off. I got pretty much everything I needed to get is started. Just had to get rocks and lights. I had some crappy wavemakers sitting around so they did the job for the first few months. I also got a handy mixing tub with a wavemaker and RO/DI unit. So that's basically how I came across the tank and really got started in the reef keeping world. Anyway lets get into the details of the setup.

Lets get into my display. Like I said it's almost a year old so its pretty young. Mostly frags right now. My main focus on the tank is SPS especially acropora. They've been an interest of mine since I started and my goal from the beginning with the tank was for it to be mainly acro's but ultimately be a mixed reef. I love euphyllia as well. Chalices are also one of my favorites. I've noticed around the 8 month mark the tank really settled in and things started steadily growing. I've heard many times it takes 8-12 months for a tank to really mature and start to take off and I can certainly vouch for that. Some frags that didn't grow for months started to take off around 8 months and algae no longer showed up besides on the glass. A reef tank really just takes patience and time to mature and when it does if feels really rewarding. I'm really looking forward to the second year of my tank and want to start sharing my experiences with other reefers.


Lights
Two AI Hydra 32s
Aquaticlife T5 Hybrid fixture with these bulbs:
Blue+
Purple+
Coral+
Blue+
Kessil A360w that I had on my 30g reef I had some time ago. Decided wouldn't hurt to add in the middle above the brace.
Lights are on for 14 hours. T5s are on and LEDs peak for 5.5 hours. I've been thinking to lengthen my peak time but since I'm messing with nutrients I don't want to be changing too much with the tank at once
I'm excited to be finally getting a PAR meter tomorrow and will for the first time see what my numbers are. I'm not too concerned since everything is growing but it would feel really nice to know for sure what my numbers are. I want to make this a business and having a PAR meter would be a very useful thing to have. Perhaps I'll post a picture with my numbers when I test it out!

Equipment
Two MP-40 and an extra random wavemaker that does like 748gph or something.
I run 2 filter socks and an avast marine works protein skimmer that I can't find much info online about but it does a dang good job. Maybe too good since my nutrients have been bottomed out forever. I do 20g water changes usually every week but sometimes every other. With the sump and rock I guess the system is around 100-110g.


Parameters
Alk- 8.5-9.0
Ca- 400-450
Mg- 1350 (I've been trying to raise this to 1400 or 1450 for my euphyllia and since dosing with ESV my frogspawn have been doing better but my salifert test kit won't read any higher than what it's been. I understand it takes a lot of magnesium to raise the levels but i've dosed the whole 957ml bottle over the span of about 8 days and i'm still reading 1350. My frogspawn used to be mostly closed up and since dosing they have been much more open and puffy than they've been in the last month. Is this a normal amount to dose? Should I just leave it for now and see how my frogspawn do?
PH-8.2-8.4
Nitrate- 0.0 I've never detected nitrates in this tank with Salifert and Hanna checker until I started dosing it just a few days ago. So i'm choosing to say here for now that it's 0.0 until i've had some nitrate for some weeks. I'm reading 0.9 as of 8/9/22 and will slowly raise it till I reach 5ppm. I feel my colors may grow and color up more with detectable nitrate so i'm experimenting with this right now. I've tried increasing my feeding drastically and still have not detected nitrates so I decided to does straight with NeoNitro. I'll see what it does for the tank in the next few months.
P04- IDK? whenever i've tested it with my salifert it comes up clear. So its safe to assume it's also undetectable. I'll have to get some other test kit to really see. Maybe a Hanna checker. Or i'm thinking about doing an ICP analysis some time soon.

I don't usually mess with the tank and numbers too much besides keeping my alk and ca in a good range and doing consistent water changes. But I've noticed some corals as they've grown some have slowed down. And I feel some are on the paler side so that's why I'm messing with raising nutrients and feeding more. I'll keep things posted if I notice an improvements to the tank. Or any downsides to that as well. I get pretty much no algae in the tank, just on the glass that really only gets bad after a week of not cleaning. My only concern is algae starting to pop up. The tank has had multiple ugly phases with hair, turf, cyano and other algaes and biofilms. I've always stuck to manual removal with often water changes but at around the 8 month mark for the tanks age everything just settled. Corals that never or barely grew starting growing. Coraline started showing up quickly on the back wall and now rocks. So with a new change in nutrients and potential imbalances I hope no algae crops up cause I very much enjoy the tank looking super clean. But I know I can handle it if it shows up.

Eventually I will upgrade of course. I'll probably wait till the corals grow and fill out the tank and then I'll upgrade to a 6 foot at least. I will be setting up a separate 180g which I already have at some point. 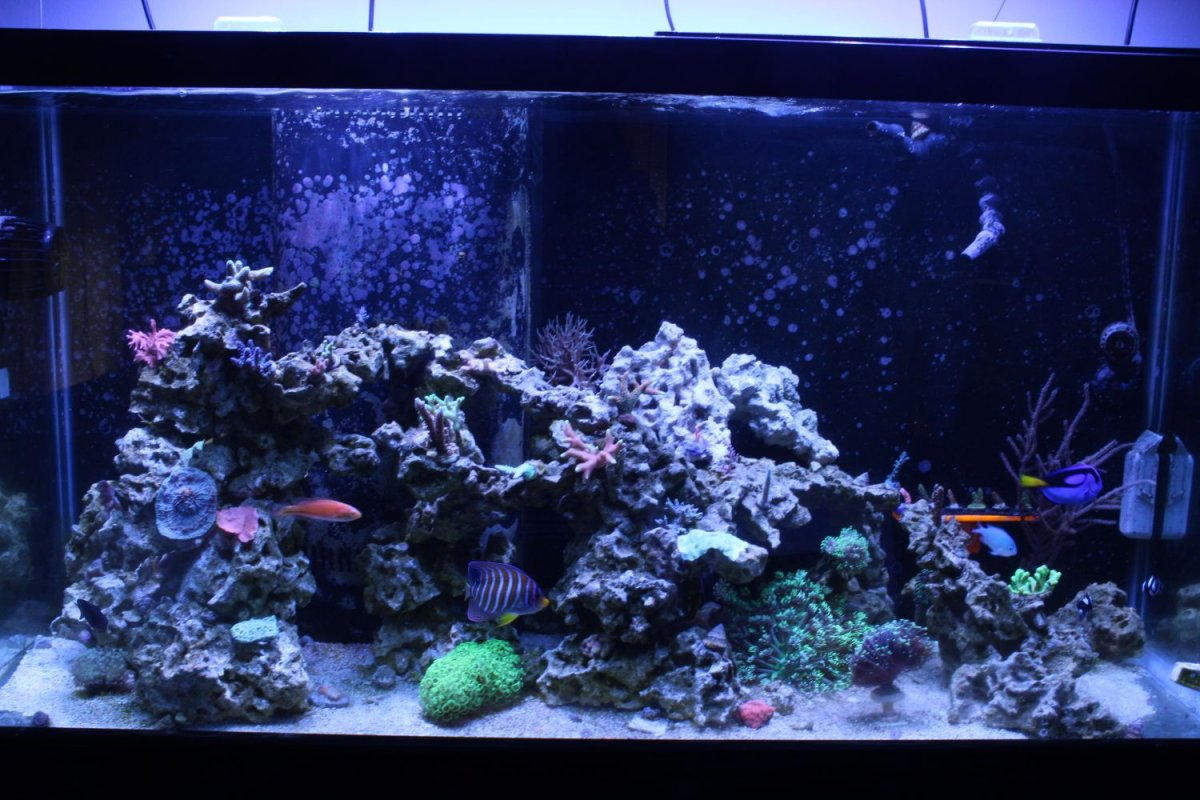 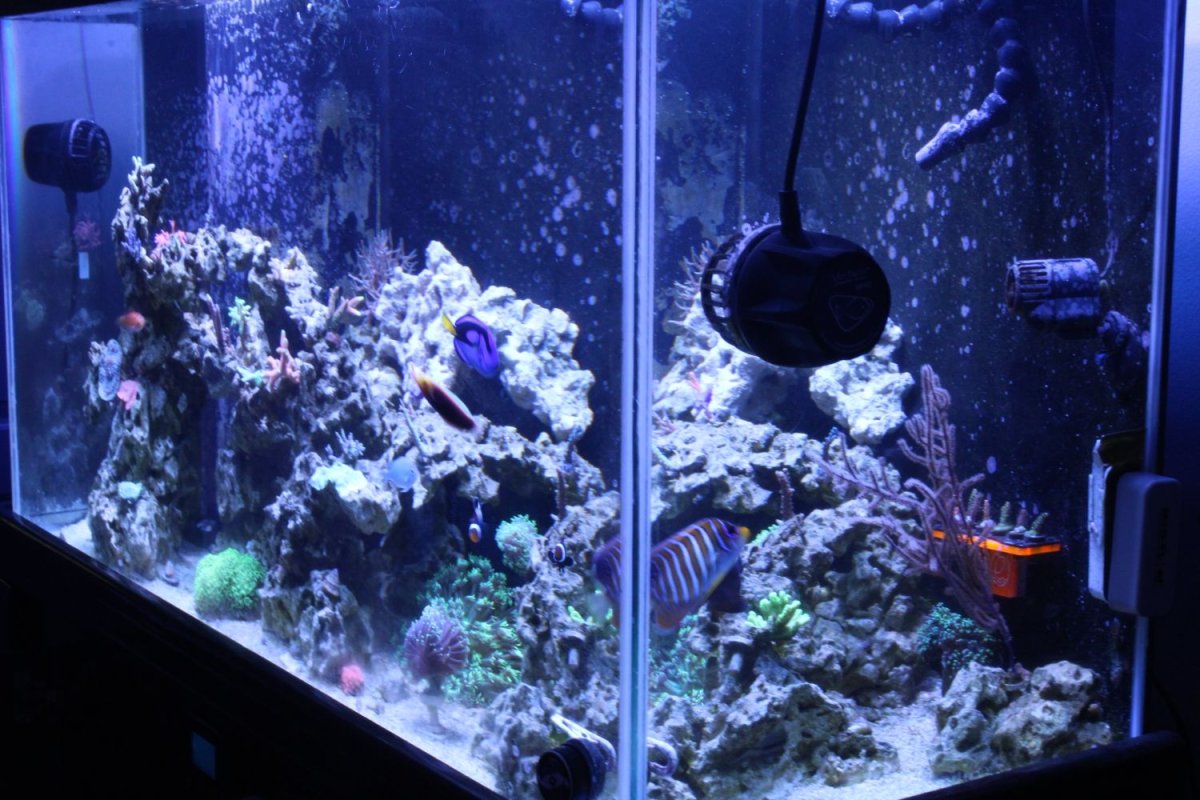 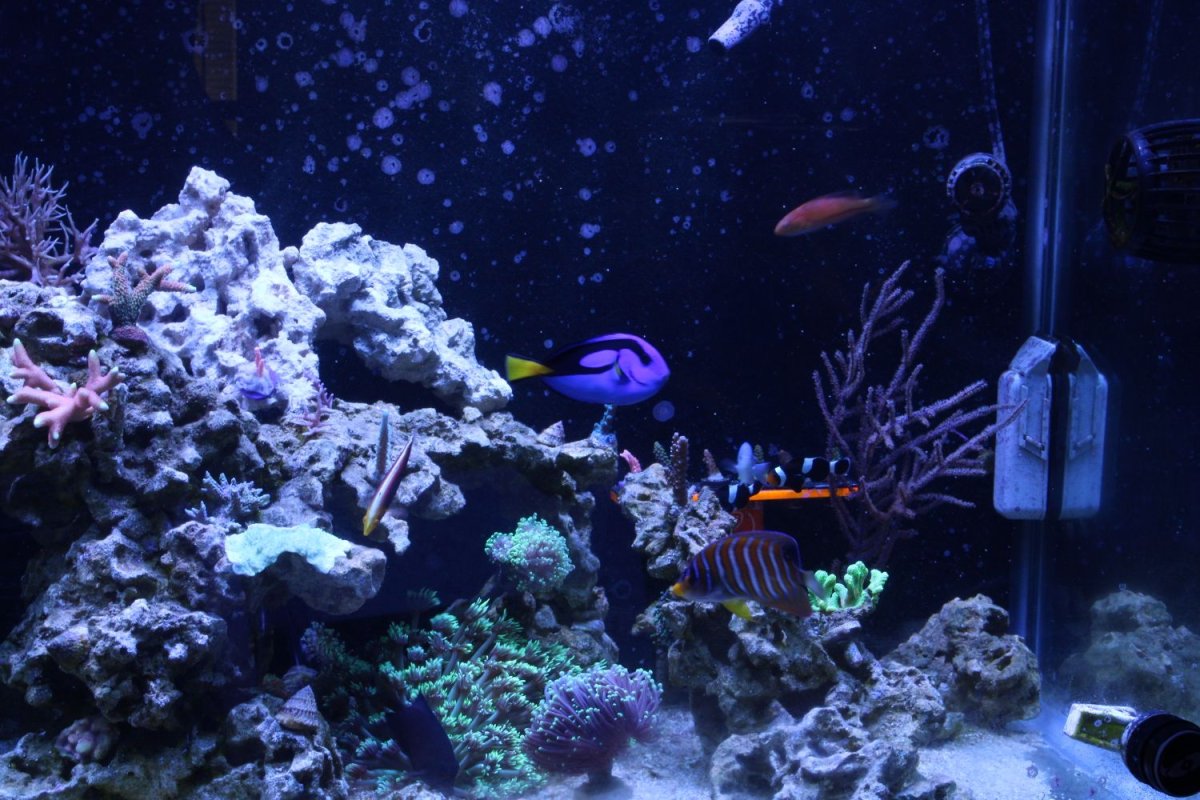 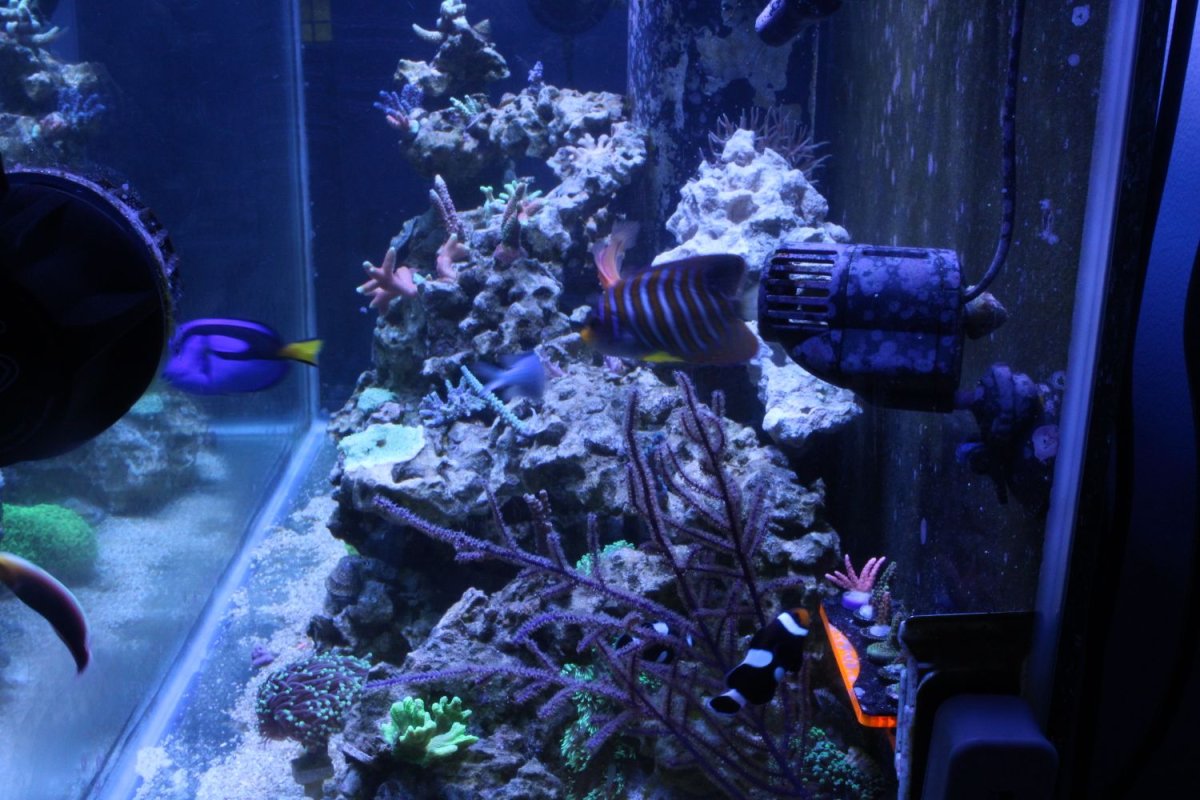 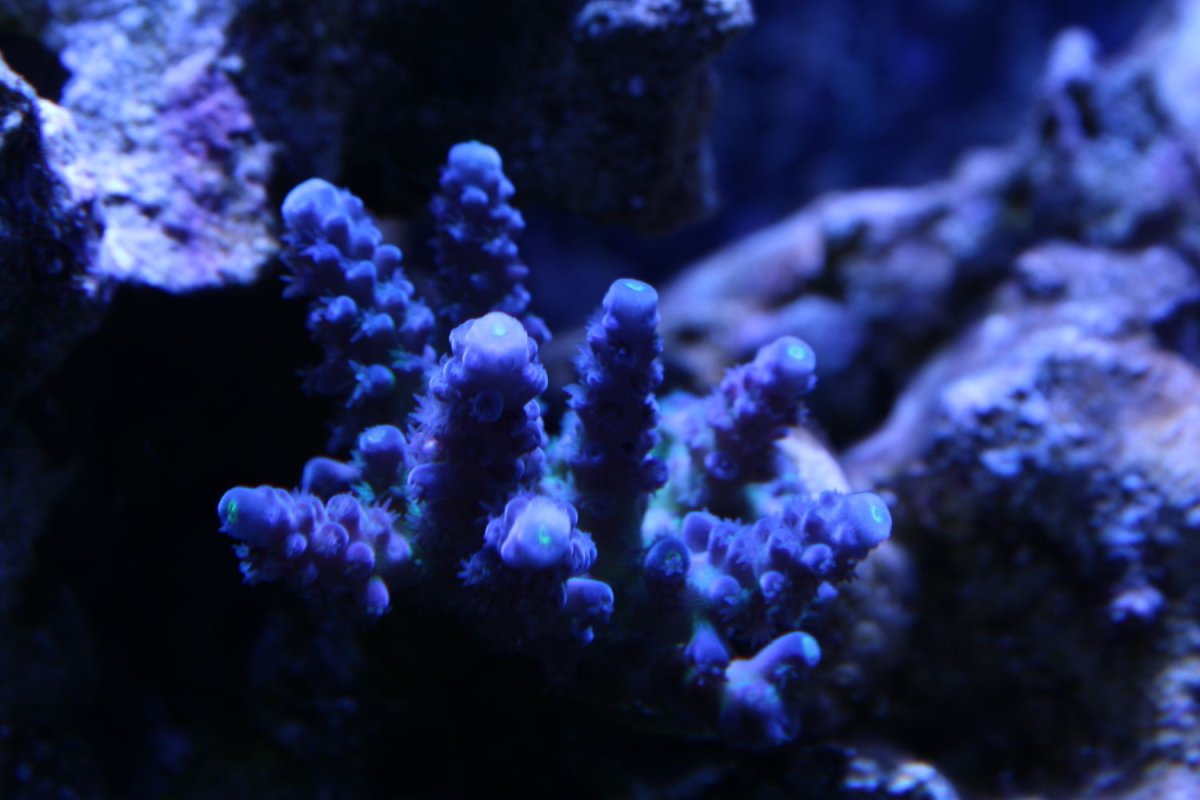 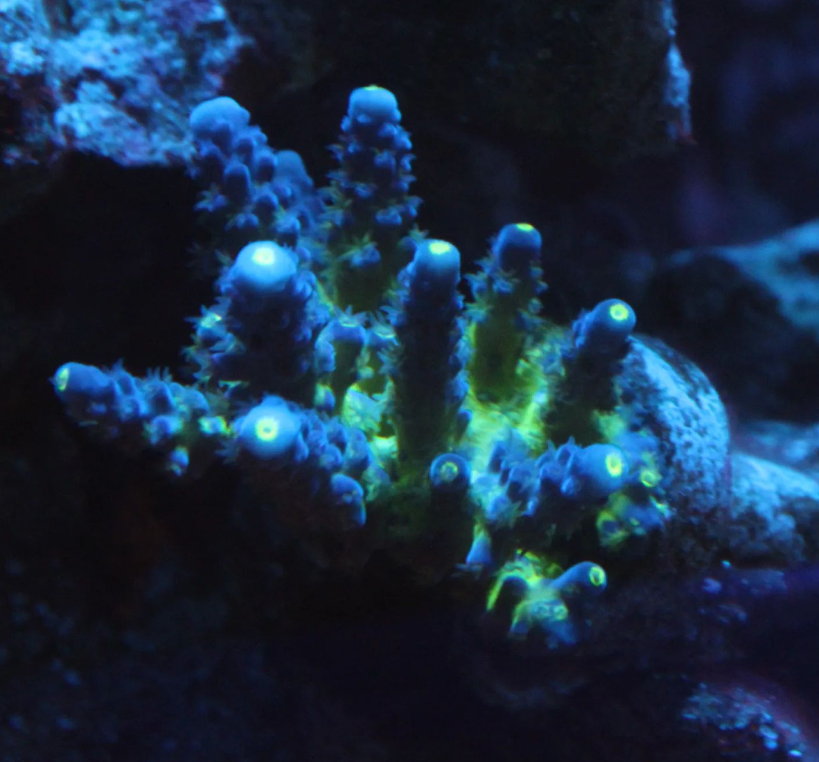 Sold to me as a Plum Crazy 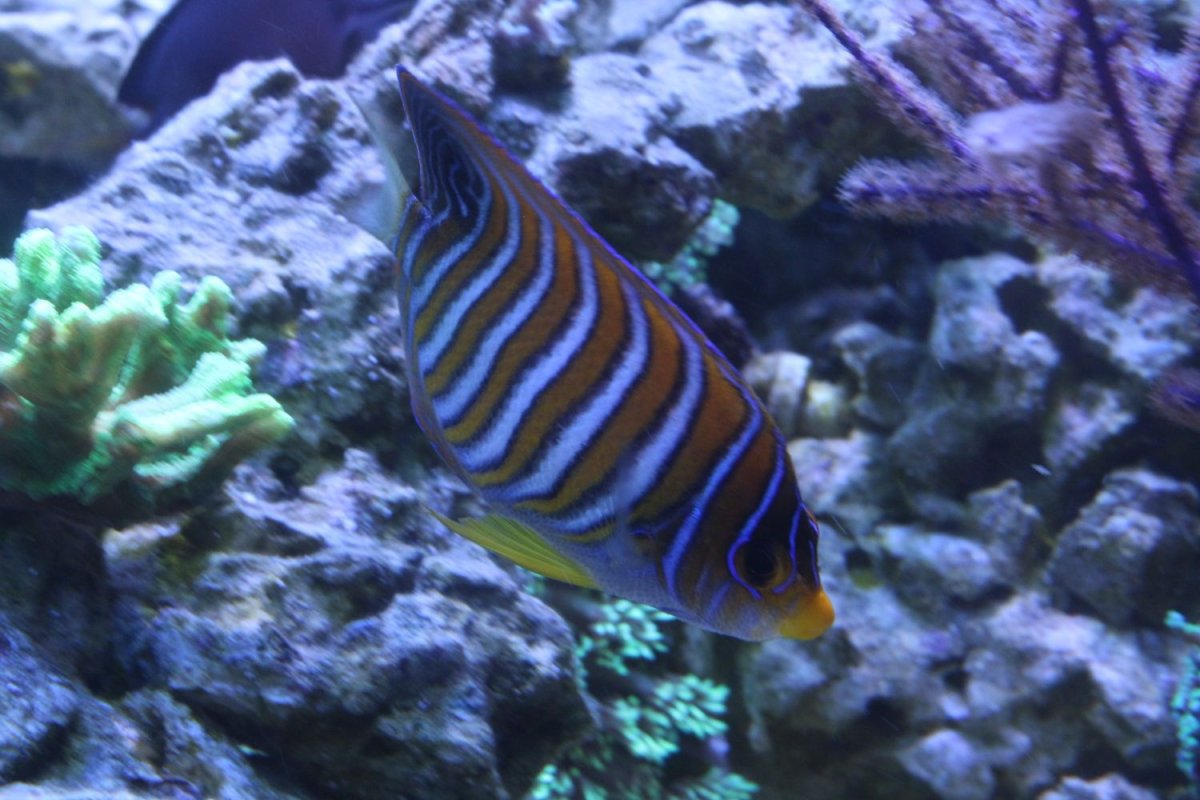 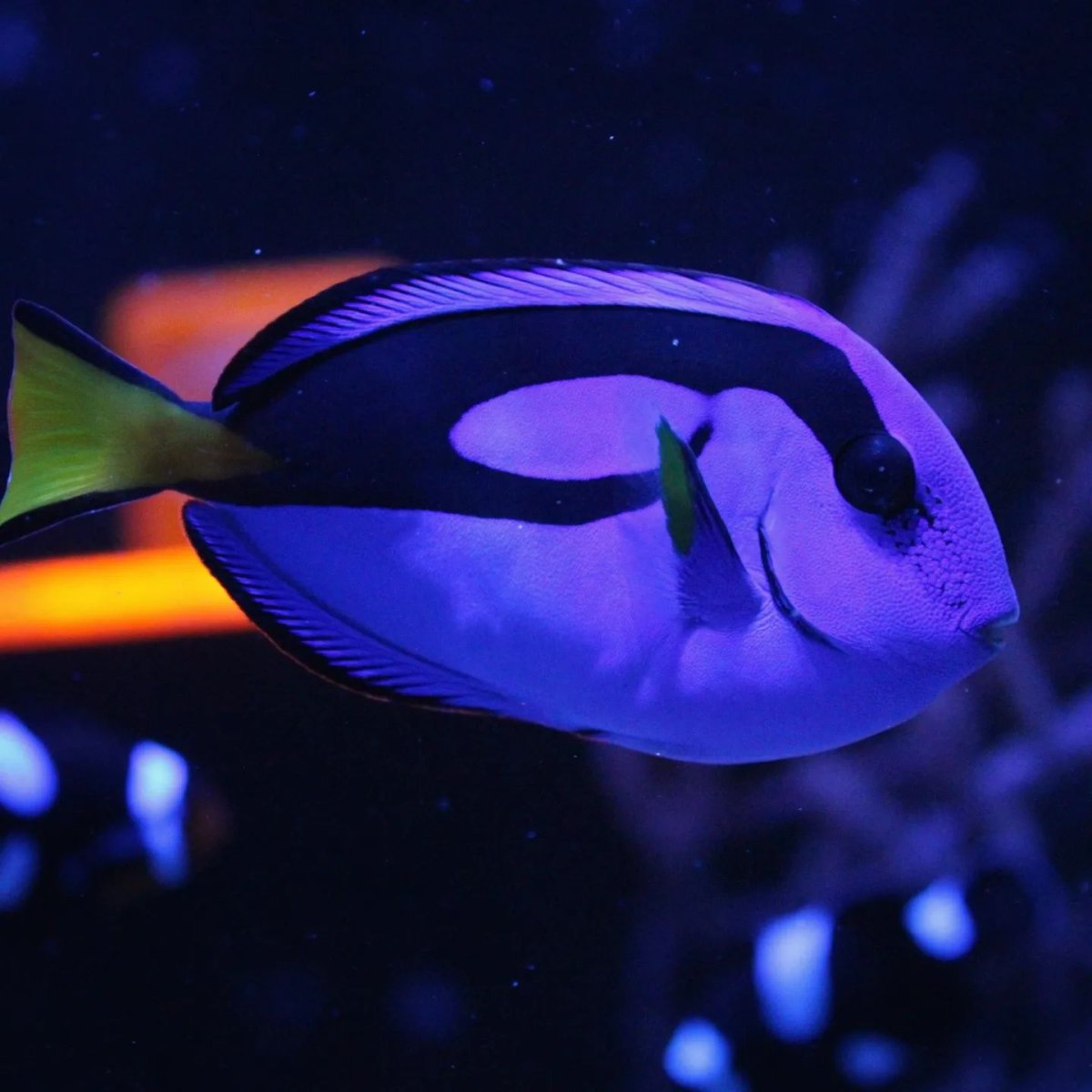 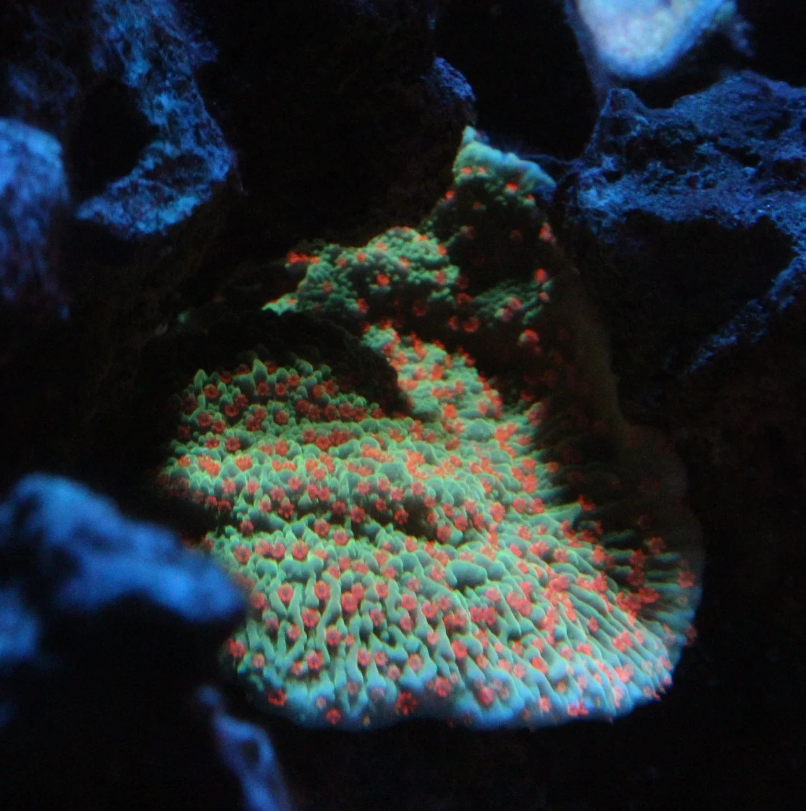 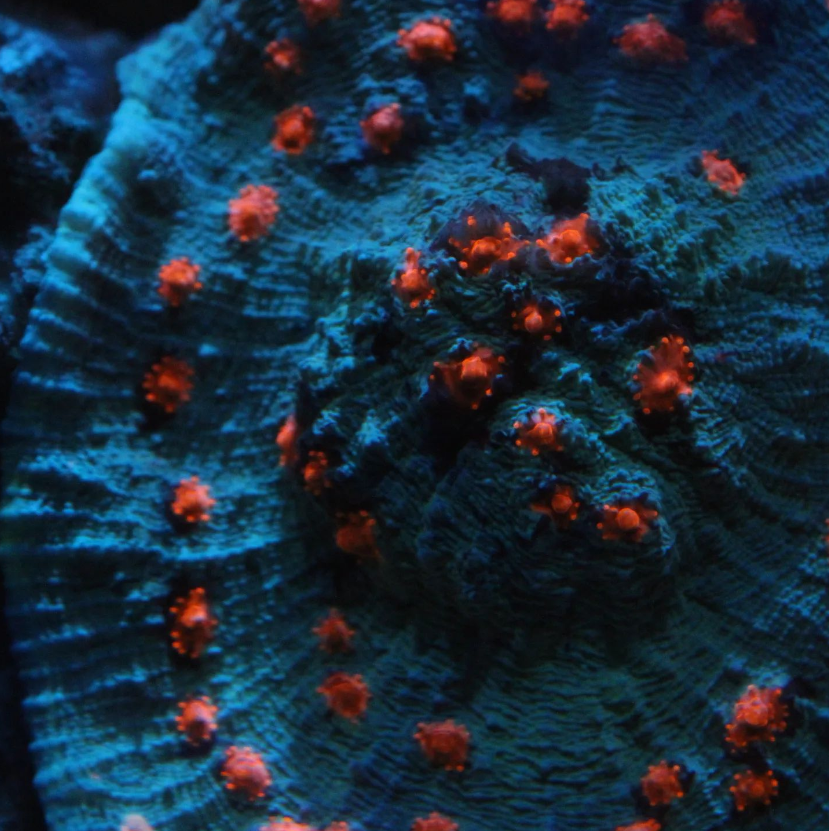 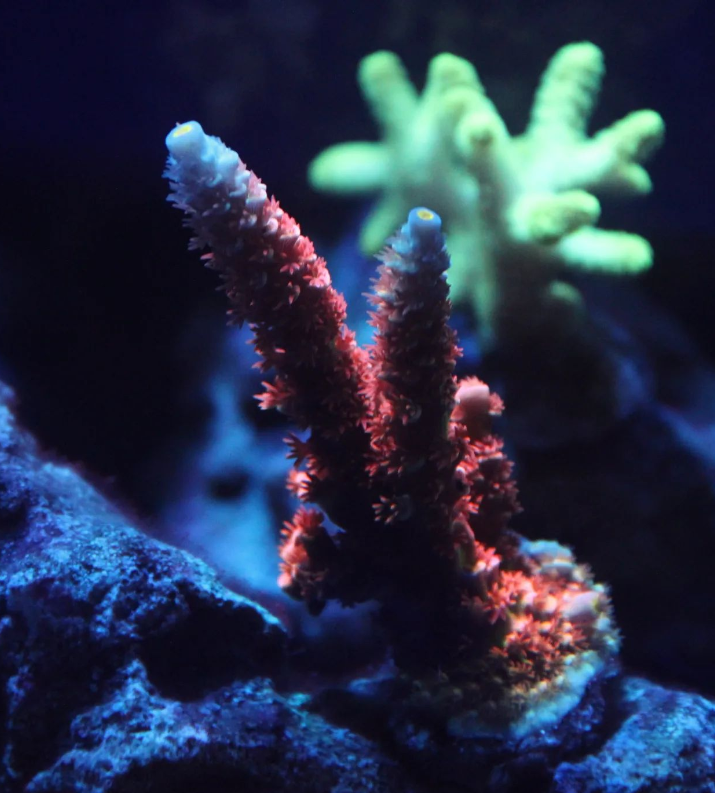 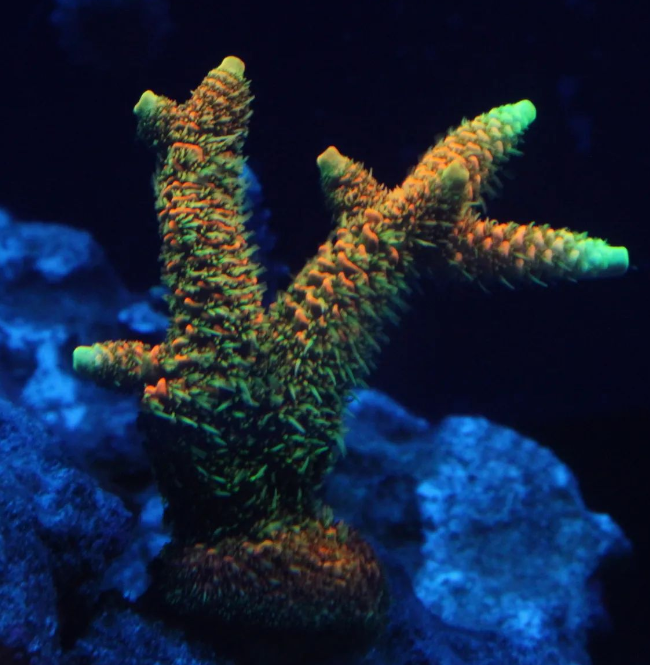 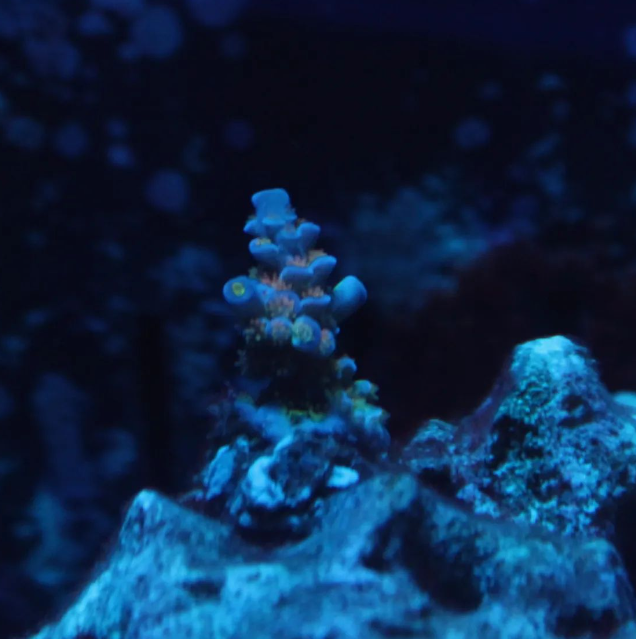 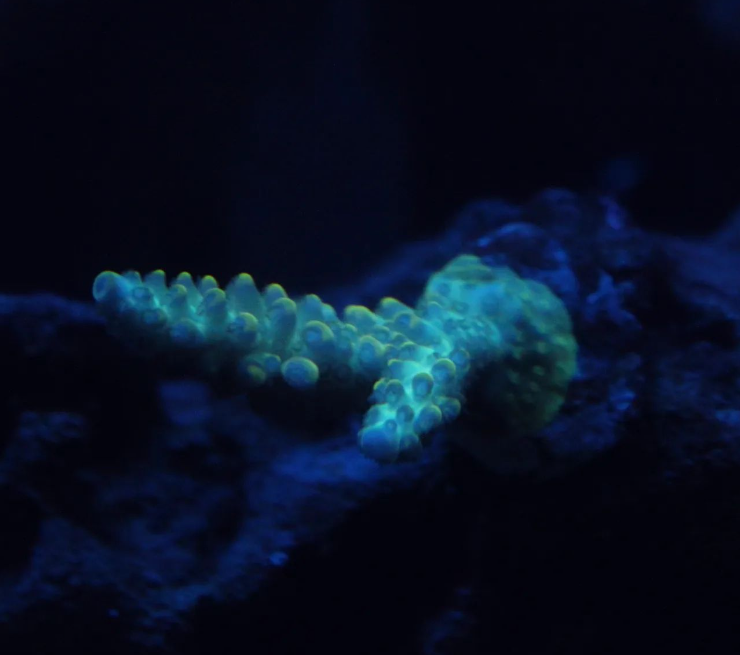 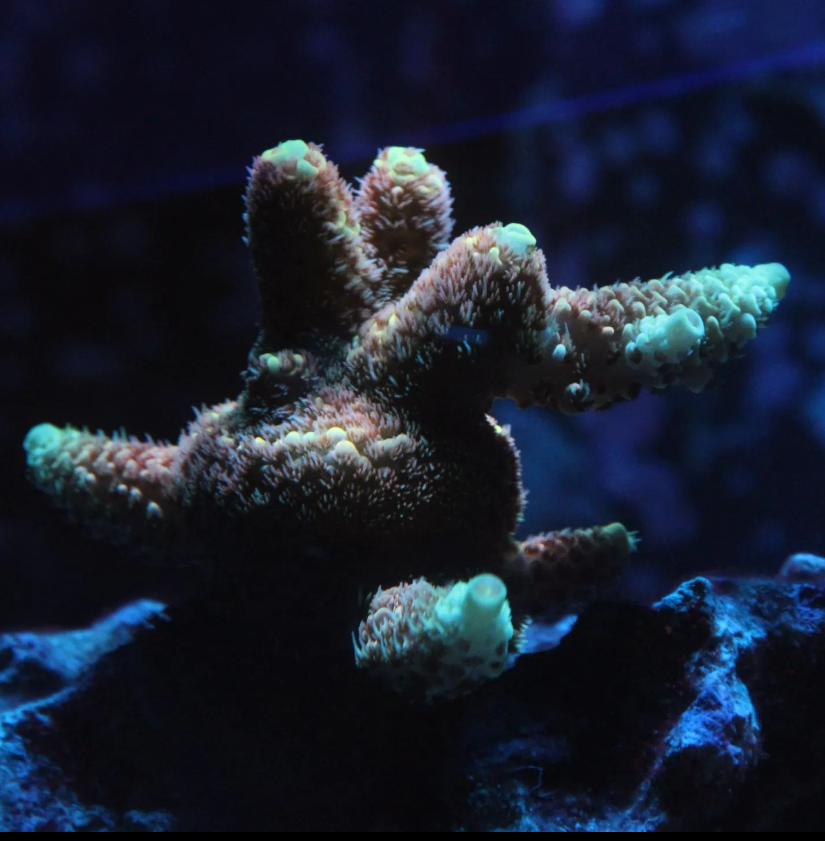 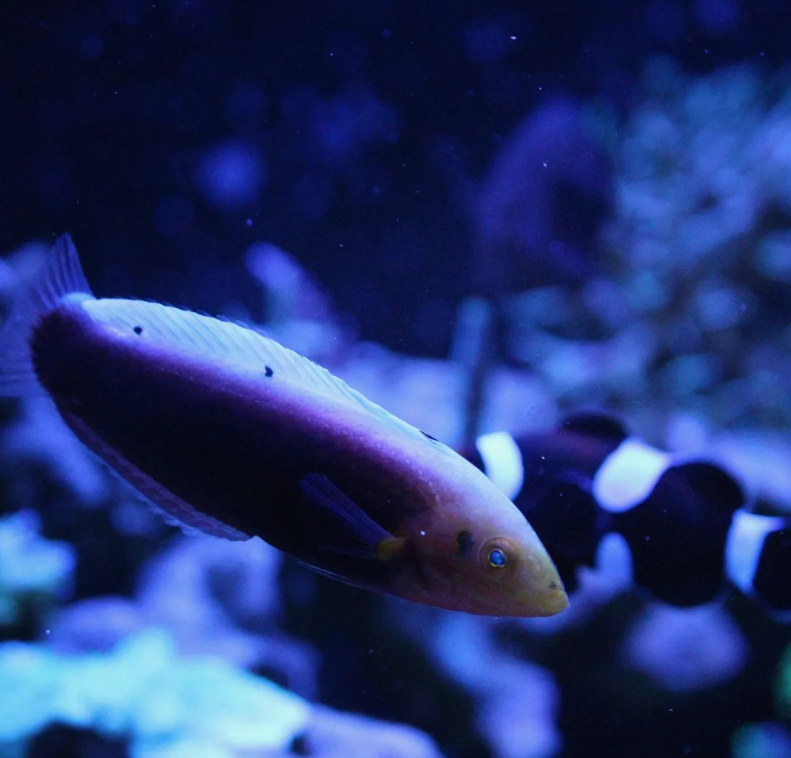 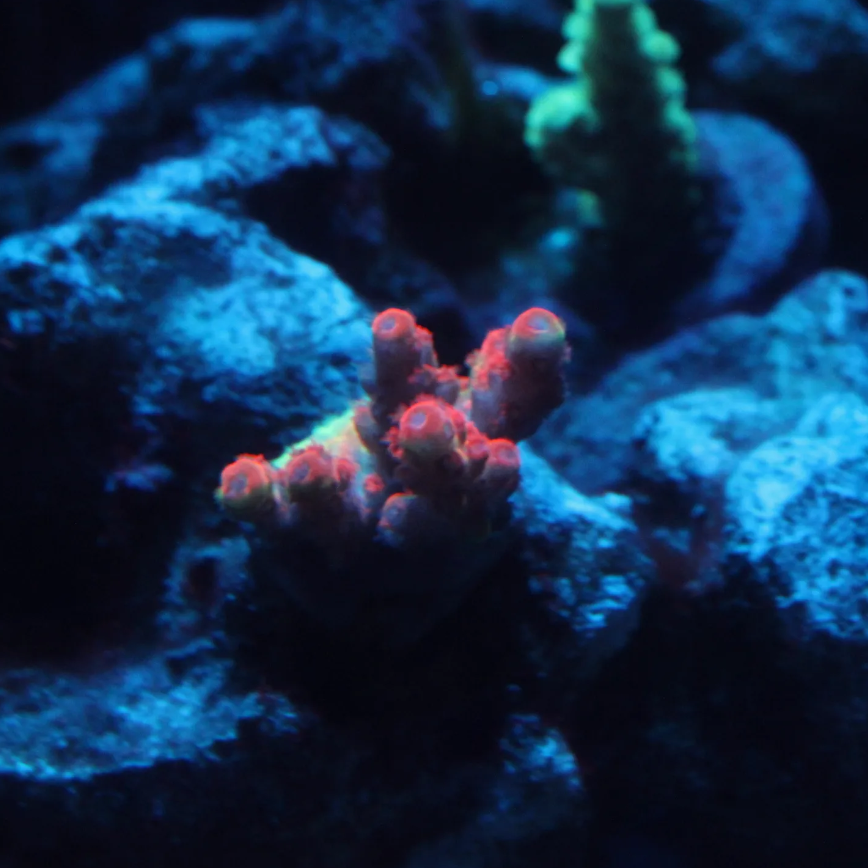 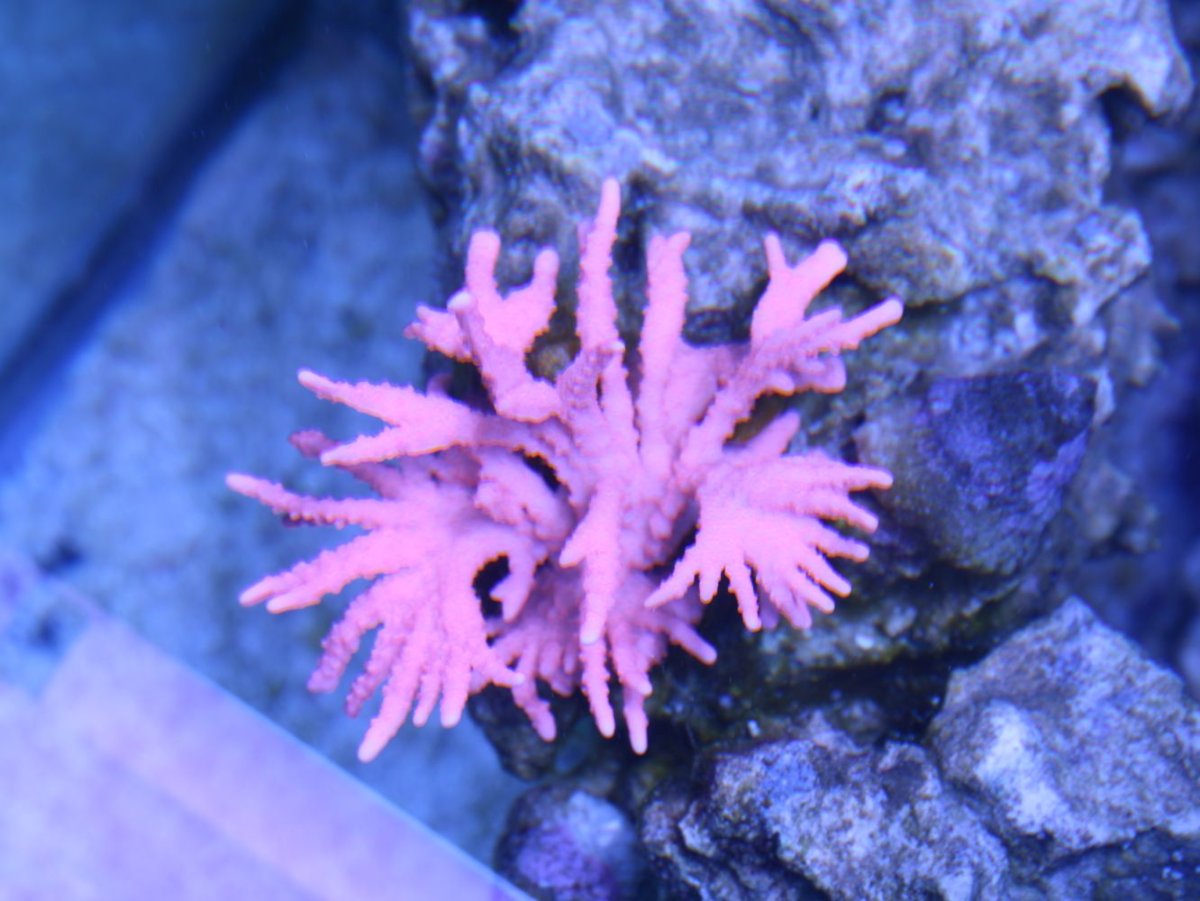 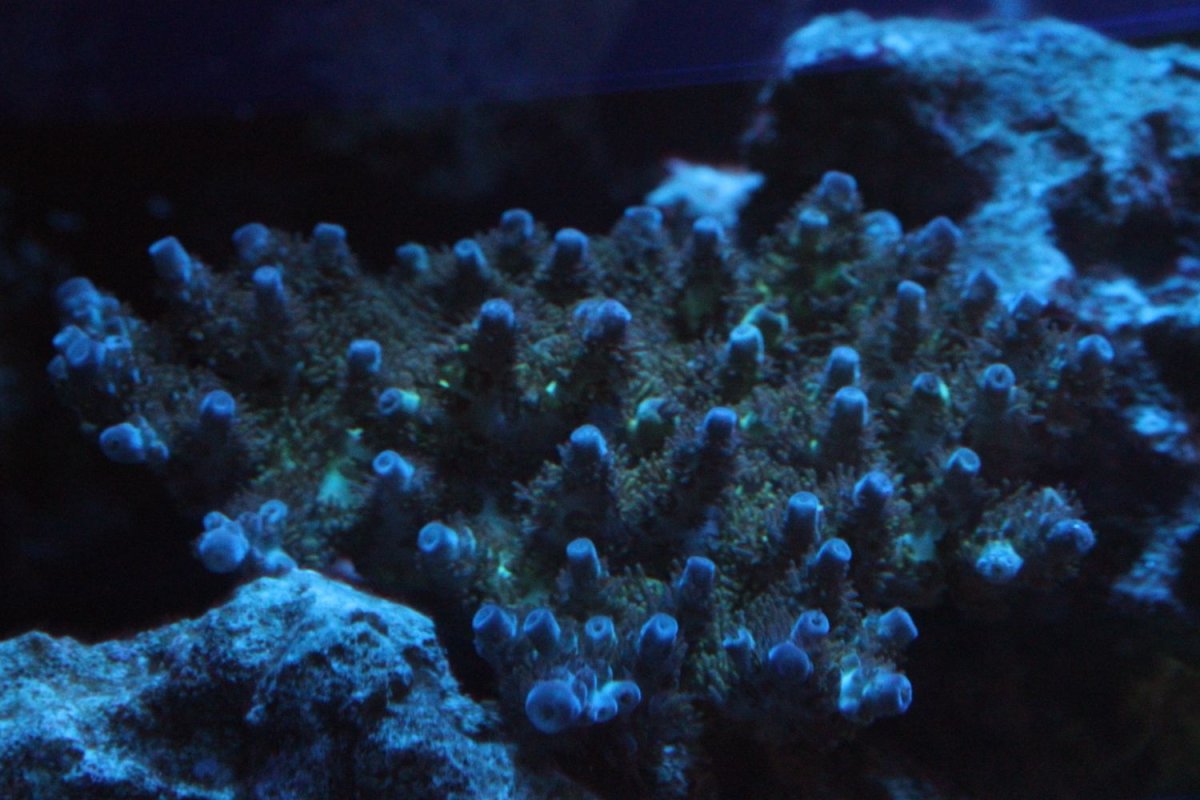 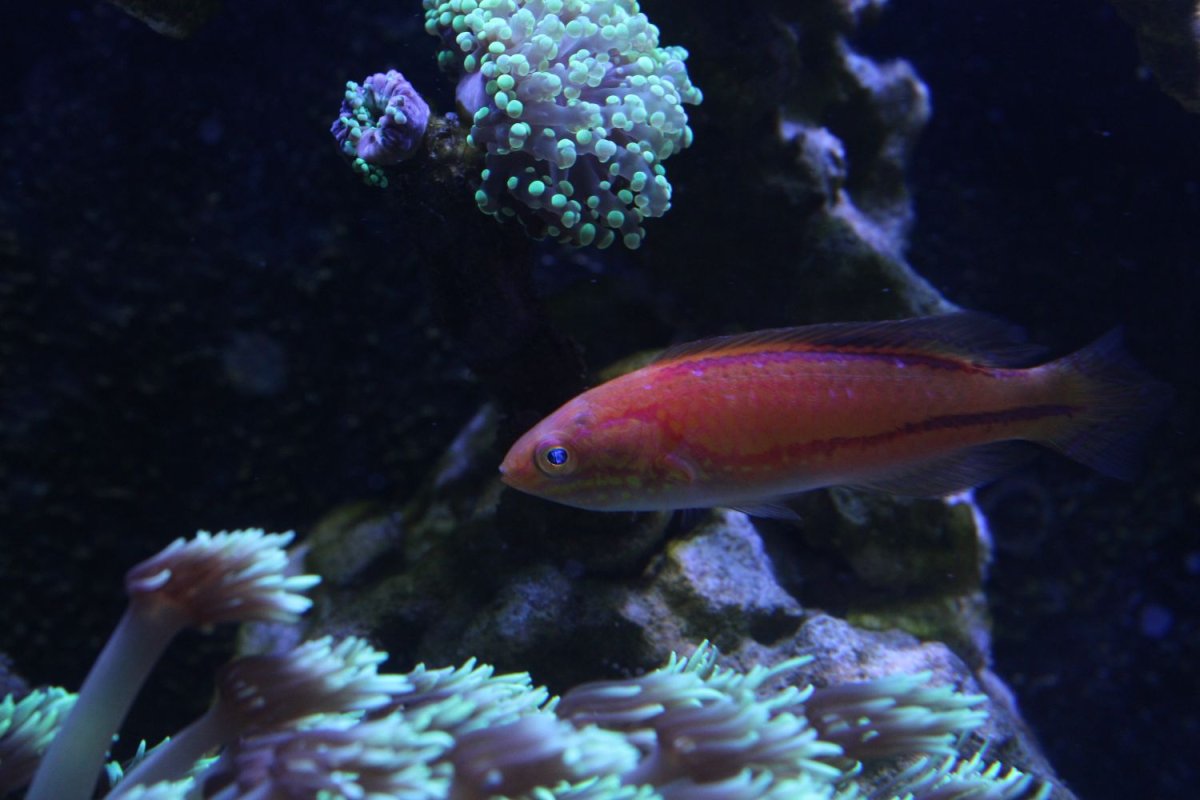 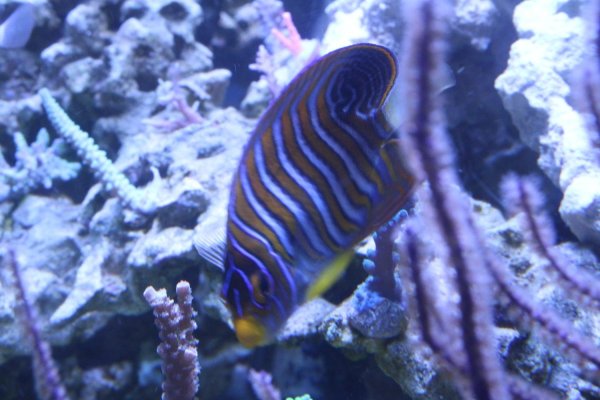 Beautiful tank! Some really awesome fish & corals in there. Keep it up & best of luck
OP

Zach B said:
Beautiful tank! Some really awesome fish & corals in there. Keep it up & best of luck
Click to expand...