My Biocube 32 in San Diego

Got a new shipment from WWC. Looks great. Very happy with quality and size. 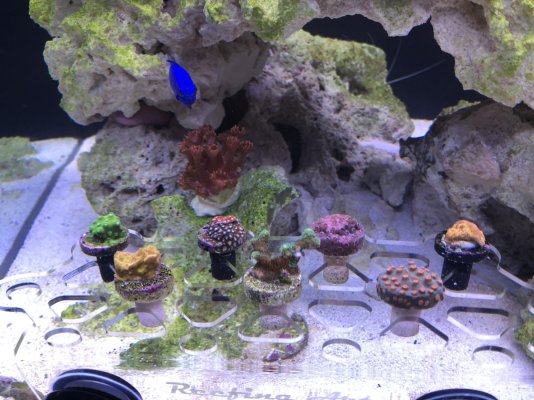 For the last month or so my nitrates and phosphates were getting a little higher than I wanted. Nothing crazy but sub optimal none the less.

Nitrates were up around 13 ppm and phosphates were .16 ppm.

I do weekly 5 gallon water changes and replace my filter floss at least 2 times a week.

My wife LOVES feeding the fish so I have been working on rationing the food by prepping it ahead of time. I feed frozen mysis and a blend that come in cubes. I cut each cube into eighths and then I take 1 day portions and put them into a weekly pill box. Then she (or anyone) can feed while I am at work and I know she can never overfeed the tank as long as she follows the days. 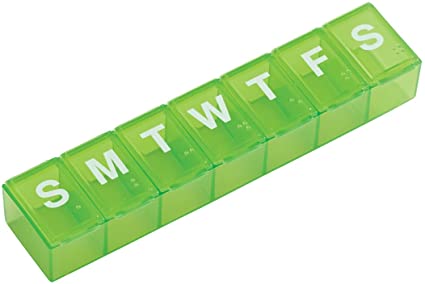 After this I also added the Coral Life skimmer which is super tiny but seems effective. I run it at night from 0000 - 0800. Mostly because It’s quite noisy but I also was concerned about bottoming out my nutrients.

After a week of rationing and using the skimmer my phos was down to .03 ppm and nitrates 3.3 ppm. This was 24 hours after a 5 gallon water change as normally scheduled. 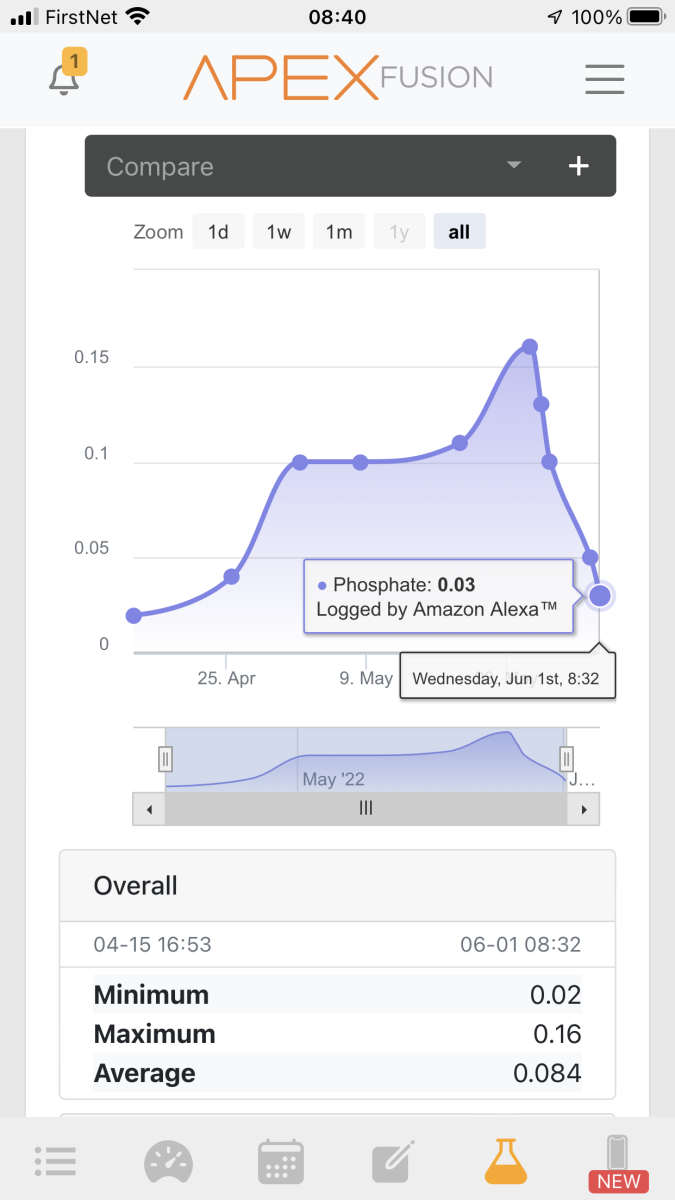 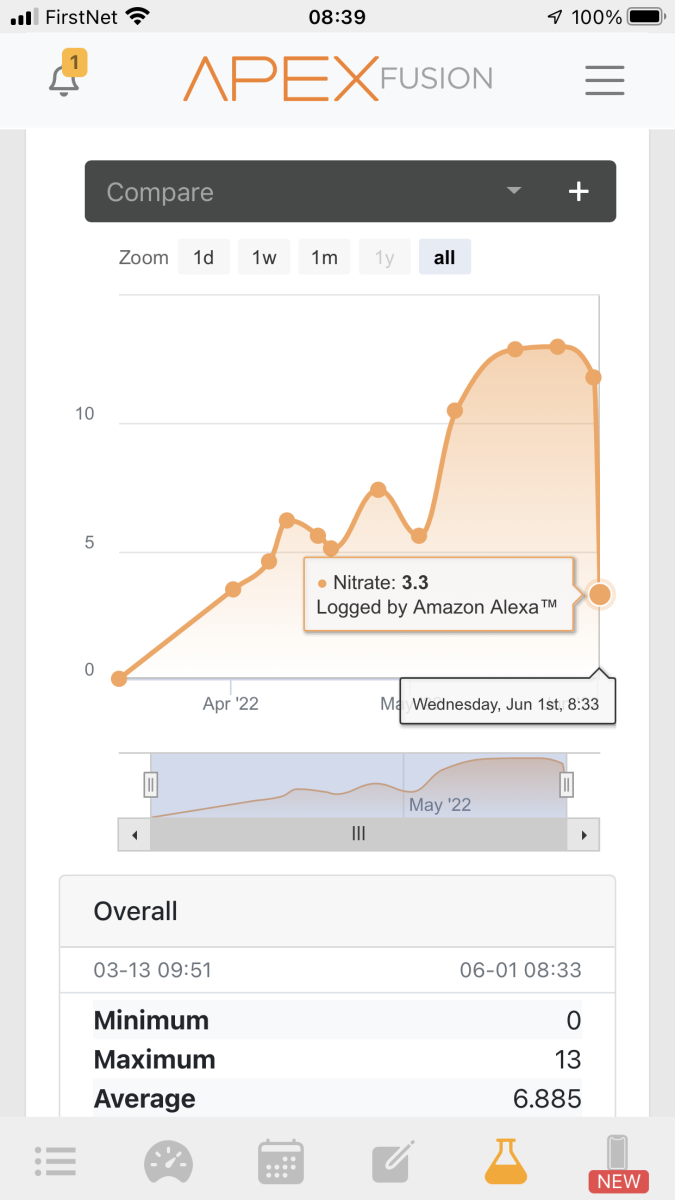 So last week was kind of a downer. I had an order of a tuxedo urchin, YWG, pistol shrimp and Royal Gramma plus some CUC from Dr. Reefs quarantined.

With no shipping delays the RG and urchin were DOA.

My watchman appears to be doing well but I haven’t seen the pistol shrimp since I put him in the tank. The goby jumped the back wall a few times so I had to fish him out of the back and put him jail (acclimation box) for a few days.

I ordered and installed the fish saver from intank Media. Of course, once a free fish again he has made the perfect home up front under the rock my green hammer coral is on. Exactly where I wanted him to be to begin with!

So good news there.

This week my ORA Crocea clam arrived. Yet another near catastrophe as the plane was late and delivery was going to be delayed a day so I drove to the fedex location in the next county and picked it up directly. Kudos to the customer service rep at fedex who helped me and called both the arriving station and the destination station to ensure I could pick it up that morning and avoid another dead animal on my conscience.

The clam is BEAUTIFUL and my wife (who really wanted one) was very happy.

I think I’m done ordering directly online for fish. In fact I’m probably done adding anything other than corals anyway and will just stop with the clown, damsel and goby and focus on corals going forward. 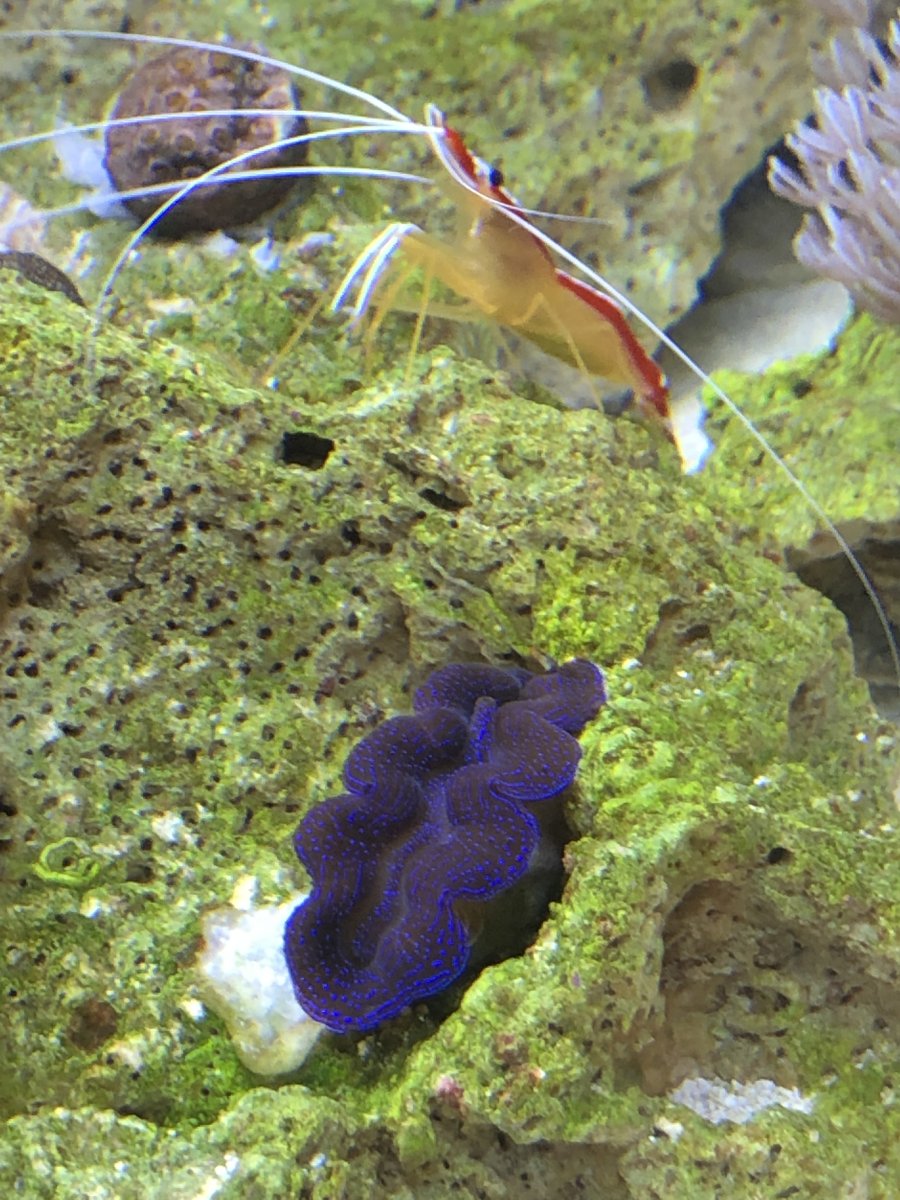 Don't worry about the pistol, if you hear a sound like the glass cracking-he's in there. Your YWM will probably find him sooner or later.
Good looking clam!
OP

jazzfisher said:
Don't worry about the pistol, if you hear a sound like the glass cracking-he's in there. Your YWM will probably find him sooner or later.
Good looking clam!
Click to expand...

Well I haven’t heard him since the first 10 minutes either. That being said my Goby seems to have stuck with his burrow at the front of the tank. MAYBE the shrimp is in there because there certainly seems to be some excavation happening. I thought I saw a little sand being pushed out a few times while the Goby was just sitting still.

cgripp256 said:
Well I haven’t heard him since the first 10 minutes either. That being said my Goby seems to have stuck with his burrow at the front of the tank. MAYBE the shrimp is in there because there certainly seems to be some excavation happening. I thought I saw a little sand being pushed out a few times while the Goby was just sitting still.
Click to expand...

Yep, they've made a home together!
OP

We had a minor heat wave this week and I was already teetering on a light upgrade. After looking at the options going lidless and using Smatfarm G5 light seemed like the best value.

In hindsight a different aquarium probably would have been a better choice to start with factoring in all I have spent and done with this one but with higher upfront costs I may have never actually pulled the trigger on it. All good learning lessons nevertheless.

I also added a couple of acan corals from WWC.

Your options with corals will be much better with the new light. Are you able to check the par? How’s your nem doing

lubeck said:
Your options with corals will be much better with the new light. Are you able to check the par? How’s your nem doing
Click to expand...

Yeah the new light is great. But it has some quirks that might make me go to an AI 16. It doesn’t have a schedule for the moonlight. It’s either on or off all night. I tried to just have the apex turn the outlet off and on so I could have a black period at night but if you cycle power the light goes through a ridiculous self test where it ramps every channel to 100% individually before resuming its programming.

Yeah I have a birdsnest that has done well with the factory light but I’m excited to add some SPS.

For corals so far I have a hammer, 2 head frammer, couple of cyphastrea and leptos, a goni, a birdsnest.

My nem isn’t doing great. The clown just will not leave it alone and I think it’s basically mauling it to death. I’m debating trying to get the nem out and putting in my QT tank or the fish.
Last edited: Jul 5, 2022
OP

Well it’s has been a rough couple weeks for the tank.
A week or so after going lidless and adding the new light I had an overnight bleaching event that killed my GSP and Pulsing Xenia as well as a new Acan I had received for Father’s Day.

I THINK it was the light changing and a poor approach to acclimation to it that caused the issue. Once I came to this conclusion I turned the light down by half. I had no PAR meter so
I bought the Apogee SQ420X and brought my light up to match what t he old light should have been at based on my research.
My light is 8” above waterline. PAR now ranges from 250 at 8” below water to 100 at sandbed (24” below water).

Things are starting to look a lot better in the tank. I completely removed any remnants of the 3 corals that bleached. I had a couple more that were unhappy and retracted that have now started to extend again.

The only one that still concerns me is one of my cyphastrea has gone kind of flesh colored except for the polyps still have some green. It seems to be holding steady so I’ll just keep it in there unless I see deterioration from this point.

My current params are also a little confounding.

dKH has continued to rise slowly and is now at 9.4 without adding ANYTHING but food and RODI for topping off.

my phos has been 0 for a week. And I’m feeding tons I ven added reef roids and pellet food to no avail.

I do weekly water changes using my same RODI and IO salt as I’ve used since day 1. 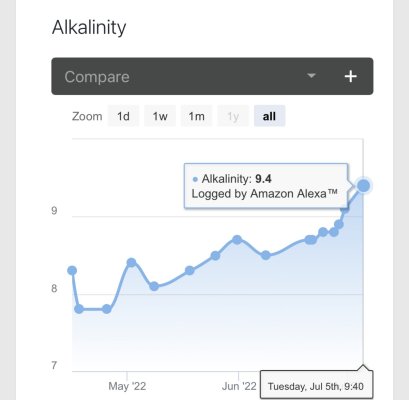 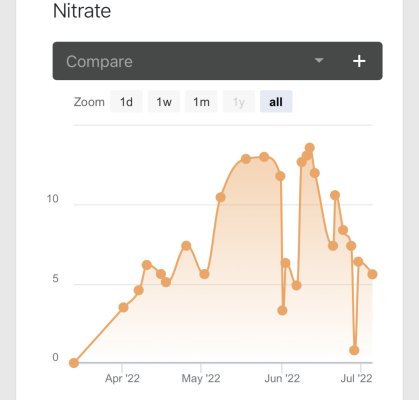 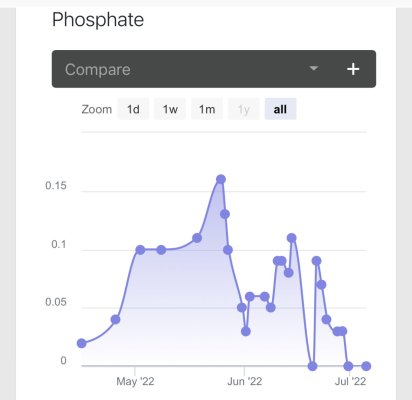 So I have been letting my tank just run it’s course with minimal intervention for a little over a month. Smaller less frequent water changes (still struggling with 0ppm nutrients). All my corals however are looking great. Everything that was struggling after the light change has bounced back. My corals have colored back up and polyp extension has been good to great. Even my RBTA, that I thought was doomed to a slow miserable death, has sprung back a bit after going on walkabout around my tank for a week and settling on a new roost exactly 1” away from where it started. LoL

im seriously at a loss on the nutrients. I already feed WAY more than the tank requires. Skimmer is run without a cup just to aide aeration and only a simple fiber filter pad that I change when it starts backing up the flow.

but everything seems happy for now. I do have algae or Dino’s on the sand but that’s the only place and I just suck it out once a week. I’m trying not to mess with too much after the light disaster.

S
Is there any job skimmer that will work with a biocube 32?

BTA attached to outlet in BioCube 32