Location
Somewhere over the rainbow

The first thing I’m going to say about this tank is the pics you see of the tank are amazing but those pics don’t do it justice at all. The 1800 is a beast of a tank.

I ordered the tank about 2 weeks ago got it on Wednesday. And got the chance to uncrate and move into house yesterday. Which was a chore as the tank was stacked ontop of the stand. Ended up getting a material lift to get it off the stand and down to the floor. Then we utilized dollies to get everything into the house. And last but not least 4 very week guys to get the tank back on the stand

After getting everything into the house I needed a break so I took one haha. But I proceeded to start in the scape about 8pm and worked on it till about 1am. Today I did more scape and in between letting the emarco harden up I did the plumbing and took multiple breaks. And just got done with the 2 major pieces for the scape which will go into the tank in the morning and I’ll put some caves around for fish to hide and such. Here are the progress pics so far.

The equipment I’m using for this build is as follows.

I’m sure I’m missing some stuff but I’ll think of it later and will update tomorrow. Hoping to have it up and cycling on Monday.

Everyone have a fun and safe 4th of July 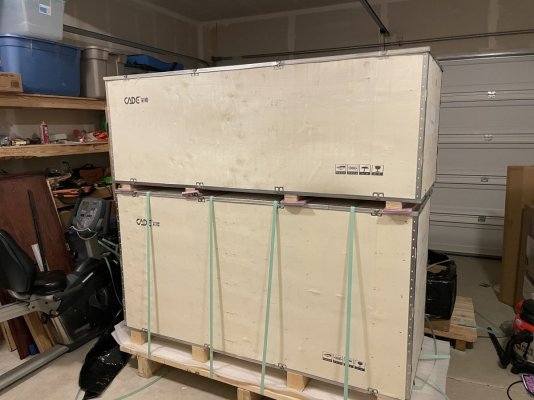 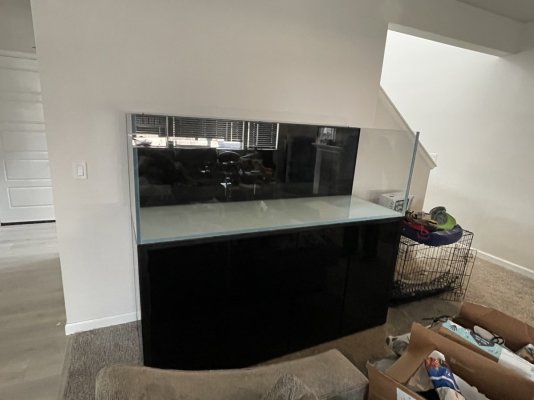 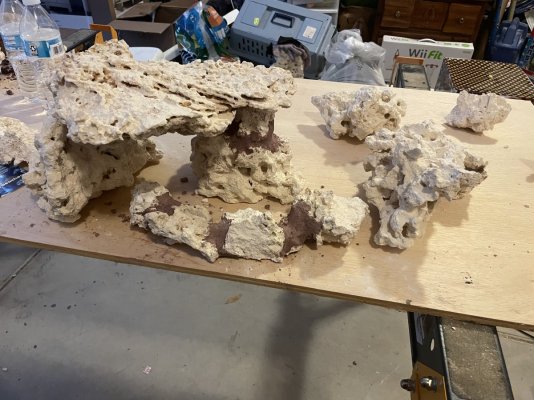 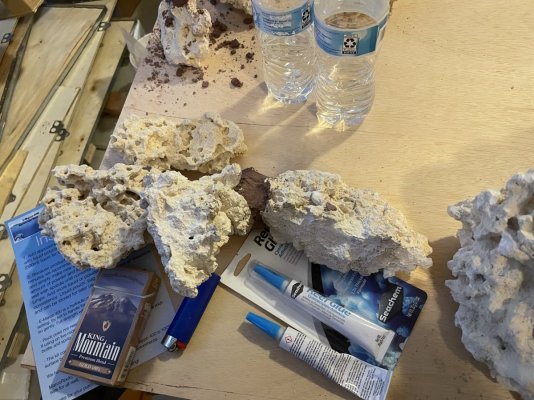 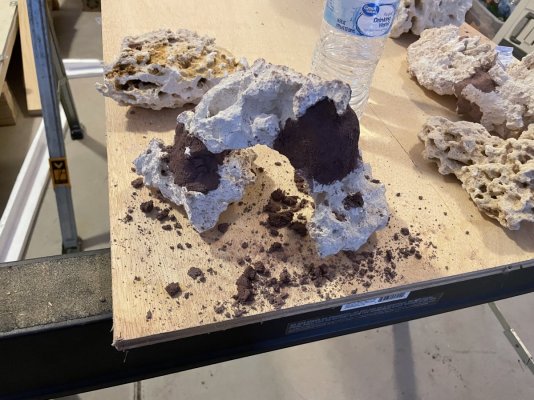 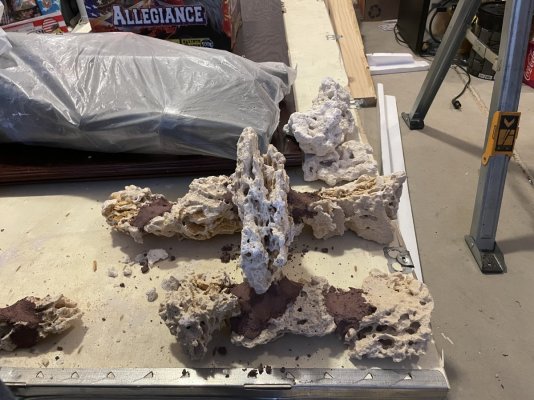 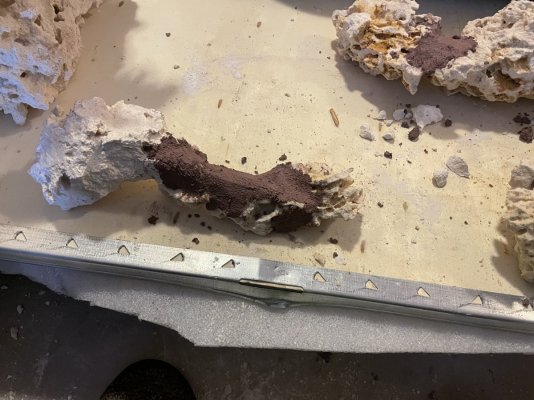 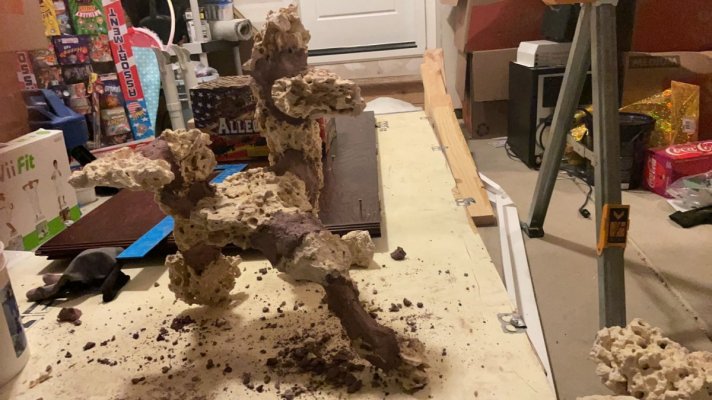 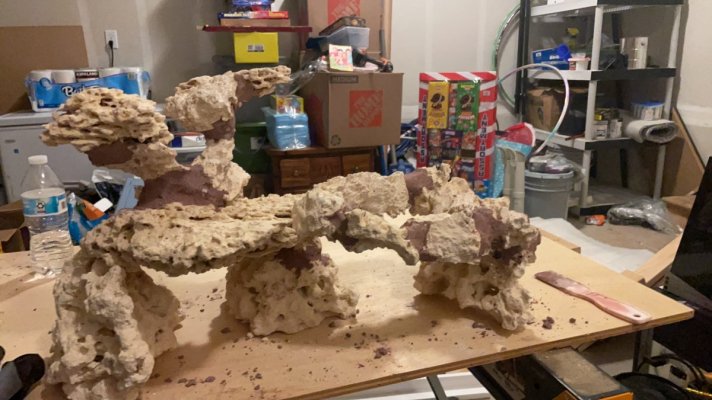 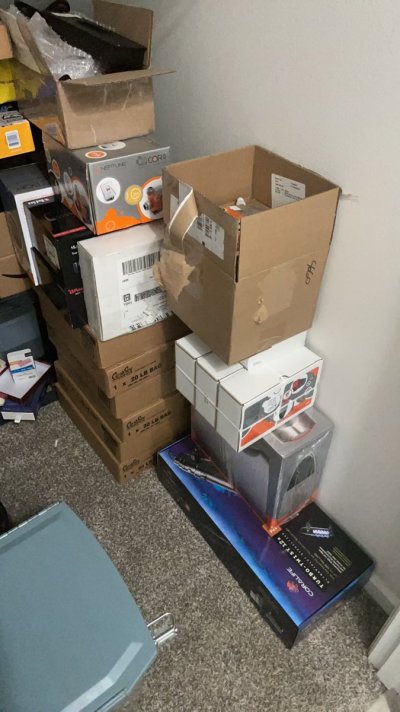