So, I have an insane aiptasia problem I’m currently dealing with using aiptasia X… but I’ve also noticed 2 new algae like substances… one is this clear one on a couple of live rocks.. I even see tubular like things popping up. The other is brown stringy like algae on the live rock. Suggestions?? 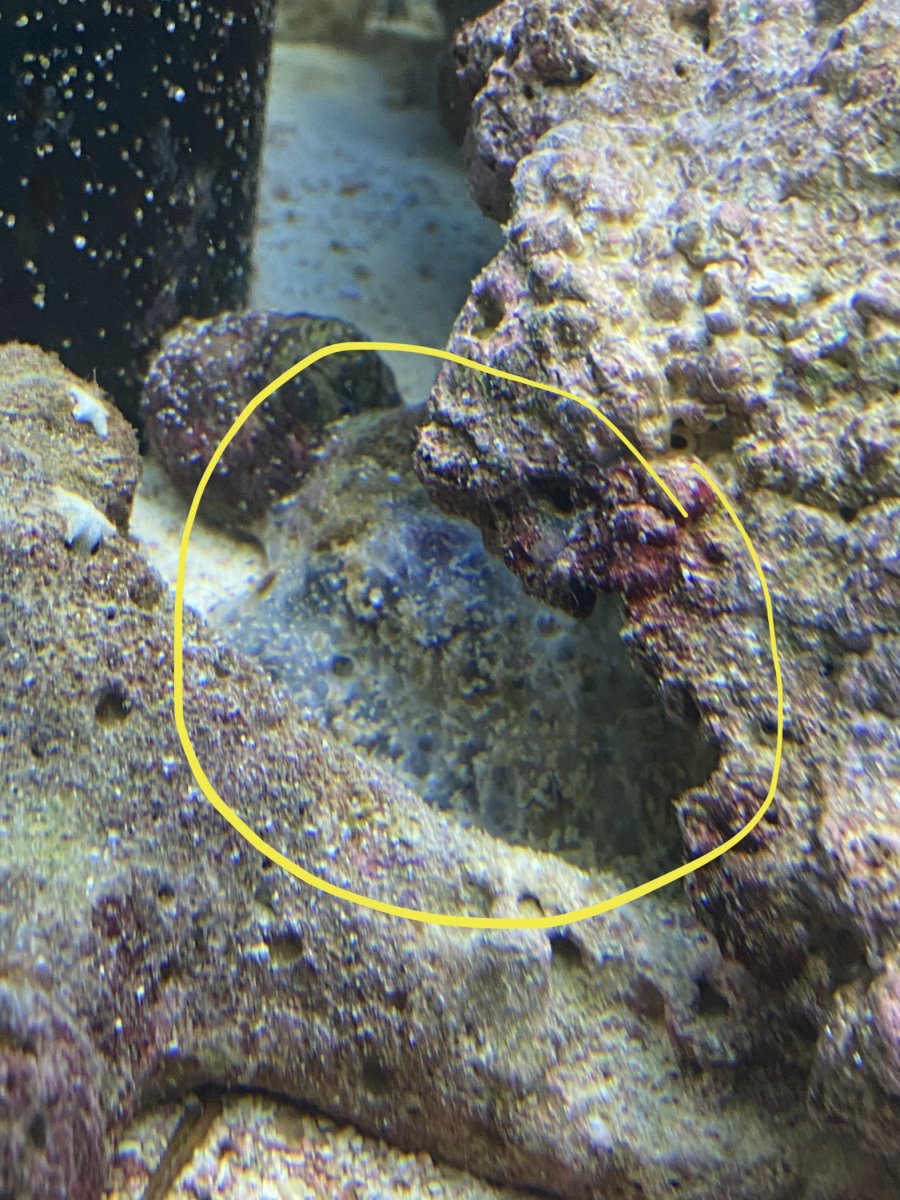 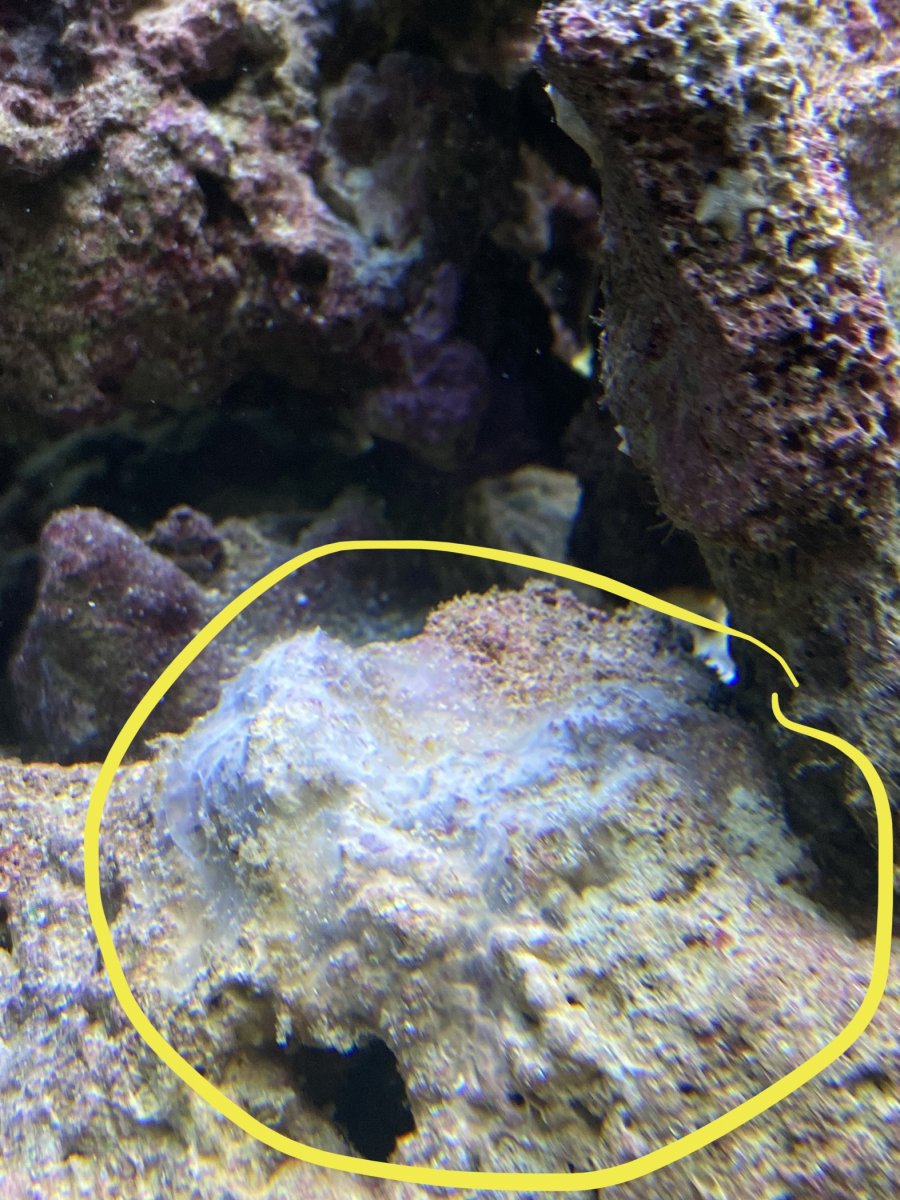 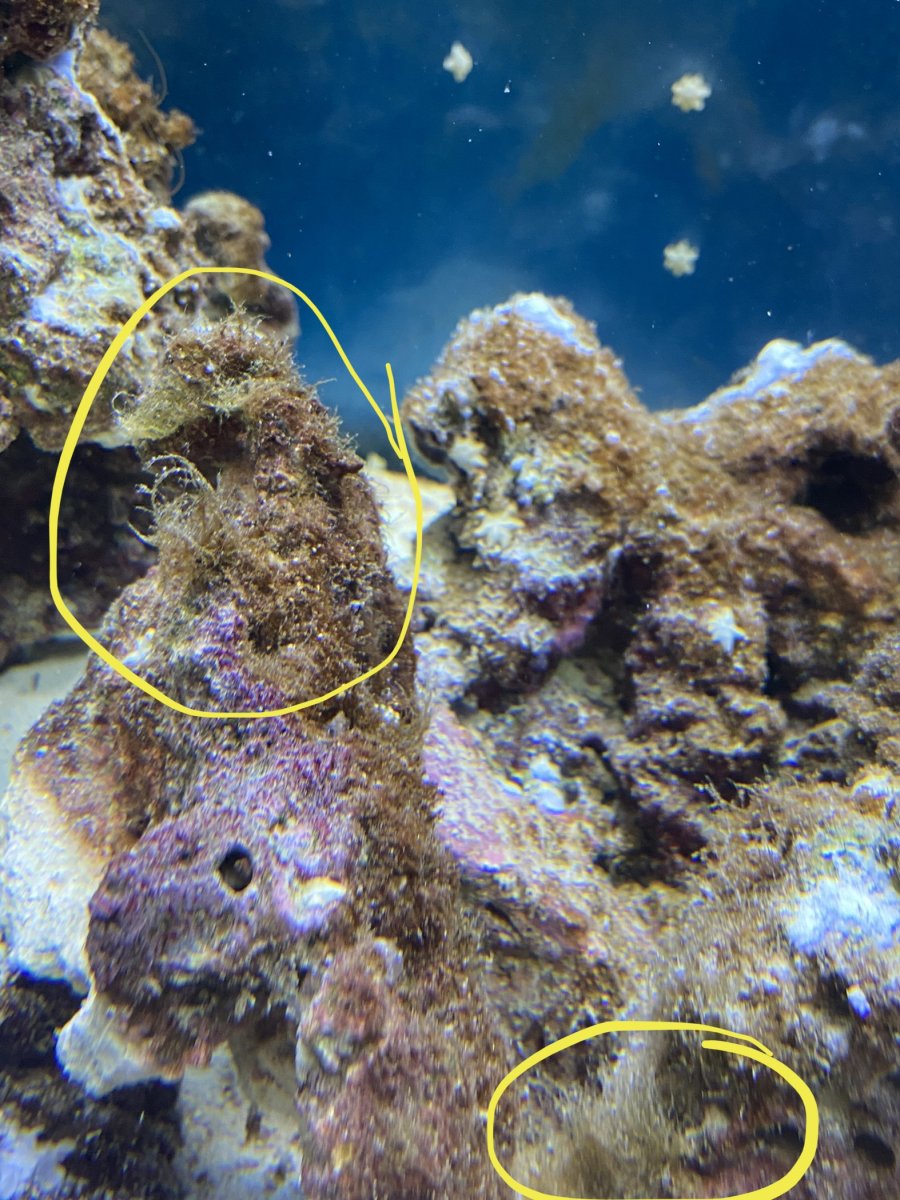 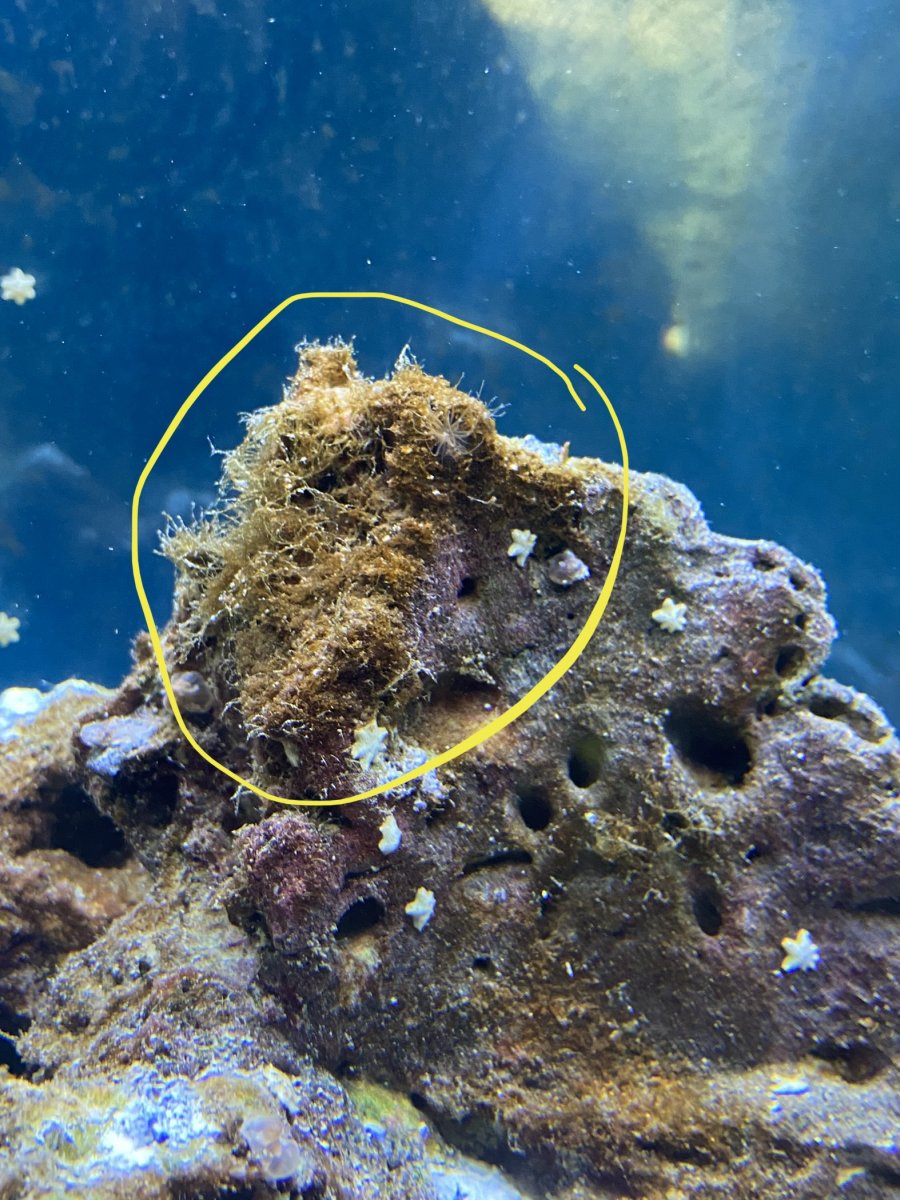 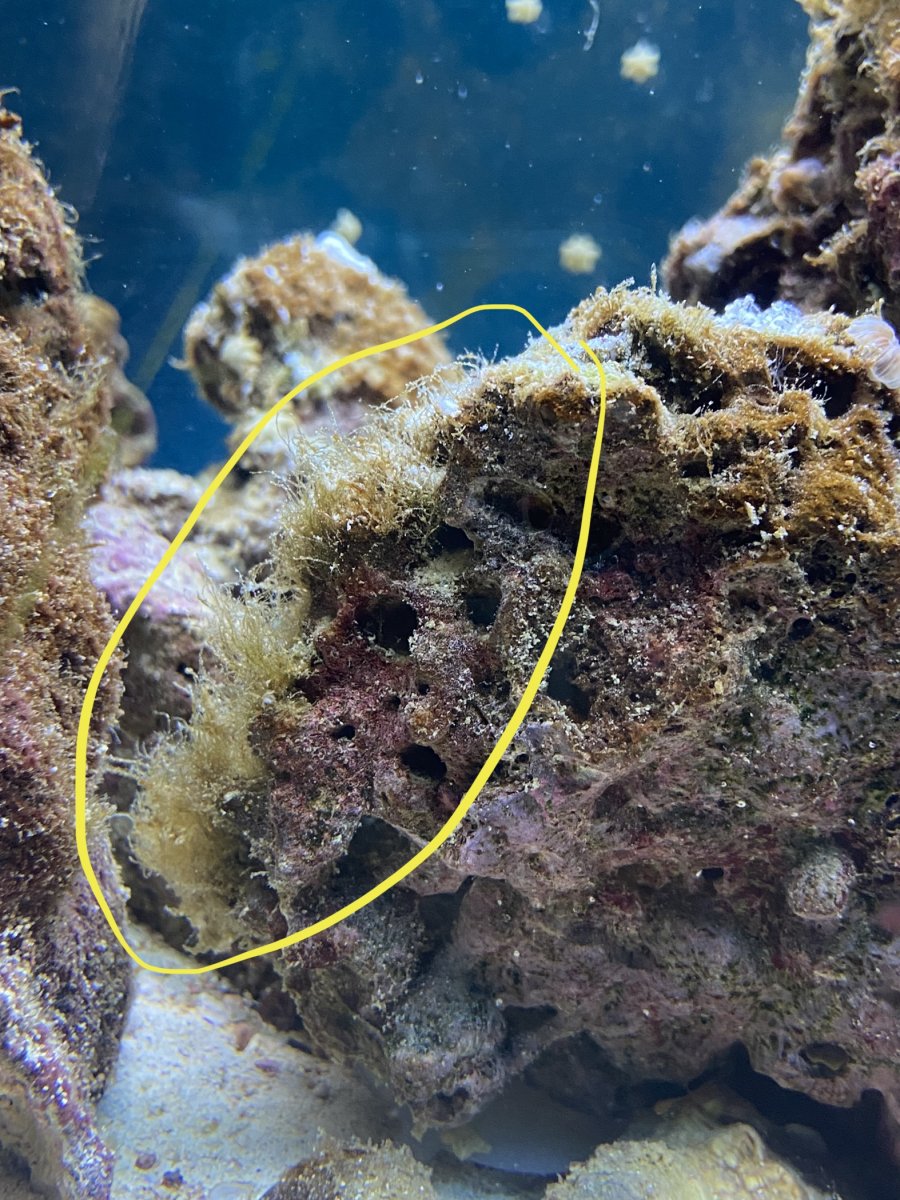 The first/second pic...could almost be a type of sponge forming? I'm not entirely positive but most of the time I've seen cobweb like stuff on live rock it turns out to be a sponge. More than likely something you can pull out with a turkey baster...I wouldn't ever suggest just blowing it off the rock. They are filter feeders so some people do leave them in the tank, but can also encroach on corals if you have any...dealer's choice.

The subsequent pics look like the filamentous type of hair algae with aptasia growing in it. Blue leg crabs, turbo snails, bigger hermits even can cut it back the GHA but definitely due to high nutrients or being promoted by light (on too long, too much, etc). You can use Aptasia-X or something else recommended on the forums to get rid of it as its definitely a nuisance.

V
Mystery algae (or maybe not)