New clowns disease treatment or stressed out so let them ride

I have a new 29 gallon tank with 10 gallon sump and it has cycled. I added a new pair of clowns as the first occupants and they both seemed ok at first but 1 has not been eating now for a couple of weeks. Still looks ok but has me concerned and not sure if I need to do something or just be patient.

On adding the pair I dosed Ruby Reef Rally 1 day and stopped. Clowns seemed fine and it was first occupants so sort of like a QT so thought I would see how they fared. Both were eating but then the bullet hole clown (Buckshot) stopped eating and became kind of lethargic is how I would describe it. Not really swimming, just staying on bottom right corner of tank.

I did a freshwater dip to try to diagnose if flukes but nothing seemed to come off. More research seemed to indicate could still be Gill flukes so I dosed full round of RRR (3 days). Then I noticed stringy white poop just on Buckshot. Research seemed to indicate internal parasite so I used API General Cure given not eating. Waited 7 days before WC and second dose. Almost didn't do second dose as Buckshot seemed to be starting to eat a little frozen Brine shrimp. Buck reading up most recommended to do it to catch any respawning of parasites. So I did. And Buckshot stopped eating.

Trying to decide if I should do a third dose. It has been 7 days with WC and another 5 days waiting to see if she/he would eat. Which sort of brings me to my second question. The pectoral? fins, the ones on the belly are a little ragged as is the left side fin. I am not sure if this is some sort of fin rot or a result of being bullied in the LFS or by the other clown here as they work out who will be dominant. I do not really see any aggression. Tank is in my home office so am getting to watch quite a bit lately.

Should I continue General Cure and do a 3rd dose?
Should I dose something else for fin rot or how can I better diagnose if this is the problem? I do not want to over medicate. 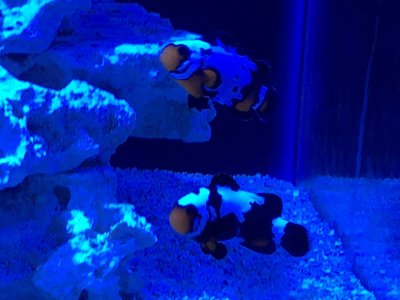 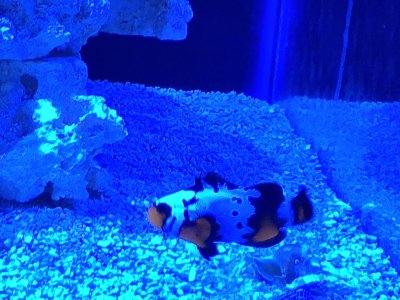 Try to get a better picture if you could, turn off aquarium lights and use a flashlight/office lights makes a huge difference. Either way a fish not eating is an unhealthy fish. I might be different from some but I believe the fish needs to figure out everything on its own accord. Your job is to make sure all the water parameters are perfect and the fish isn't being bullied/stressed. Provide good quality food and places for the fish to relax/hide without. Then just give it time. I think something is off or the fish has been sick from the previous system and it's now being symptomatic. Let us know what you decide and the outcomes.

Sometimes another round of GC is needed. Especially if it's being dosed into the water as opposed to being fed directly to the gut. Option to try another med for internal pathogens is open as well.
Can dose a wide spectrum antibiotic into the tank to treat bacterial infection (fin rot). Kanaplex is very mild. Dose for 10-14 days.

Internal Issues For simplicity’s sake, there are 6 basic problems a marine fish may experience on the inside: 1. Intestinal worms Symptoms: White stringy feces, pinched stomach, loss of color, fish eats voraciously but still seems to be losing weight. Treatment of choice: Praziquantel...

Hopefully these are better pics as requested. Is this Fin rot or from clowns nipping (which I have not seen). 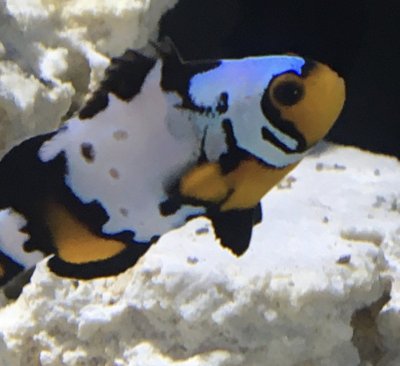 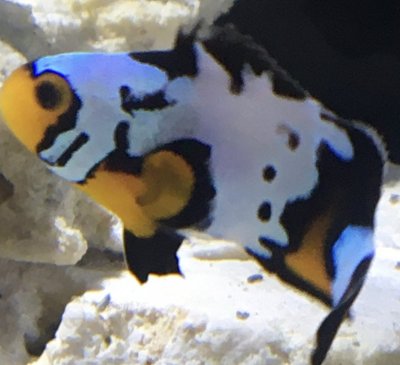