mandarin417 said:
So you’re getting nice natural colors on the fish
Click to expand...

mandarin417 said:
So you’re getting nice natural colors on the fish?
Click to expand...

MantisReef said:
Here is a super quick shot of the display, I have been using Orphek V4's for about 3 years now. Changed them all out with the Icon upgrade 3 months ago. Really not bad at all, did all 5 in an afternoon with a little bit of help. 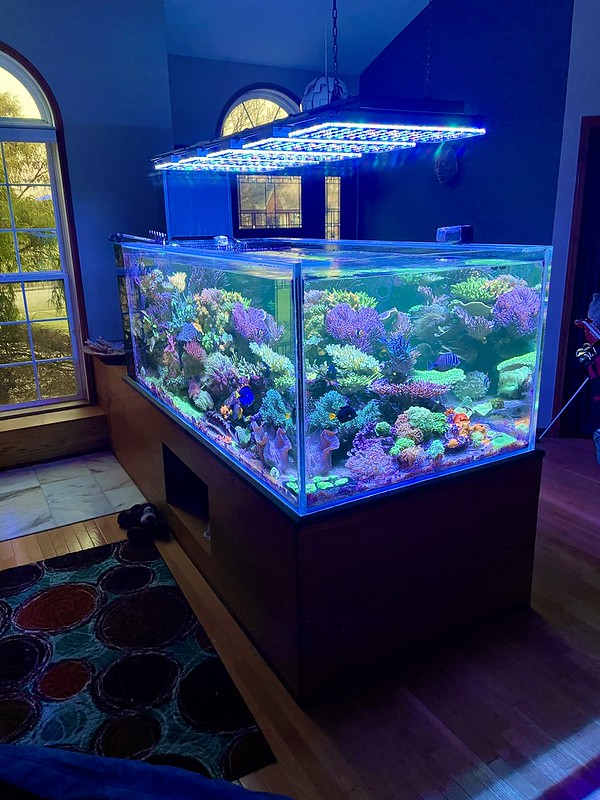 Brad, tank looks great as always!!! love that nice clam there! i just moved and put my tank back up with 2 orpheks over it, im debating on upgrading to IcON lights. I will be messaging you soon for some frags as well.

I just put an Atlantik Icon over my 70G neptunian cube. I had a kessil A500x previously.
I don’t want to write a whole review at this stage as it’s too early - but I’m more than pleasantly surprised.

I had a lot of issues with the Kessil - I couldn’t seem to get the settings right - ever. With the Par meter I could see the huge contrast in par in one spot - often times a variance of 30 or more par (ie: it would move from 70 par to over 100 par in the space of a few seconds and then back down to 60-70). I suspect - but can’t prove that this became an issue for the corals - either the peaks were too high, and damaged the corals, or the lows were too low and caused issues with the lack of light. Also the spectral controller was crap. It often disconnected and I couldn’t get it to reconnect, and then either the program or schedule would change causing issues. Anyways I was pretty frustrated a especially for the cost.

The Orphek has been a breath of fresh air already. The controller is great and easy to use, the features are fantastic (ie: cloud mode). I love the lunar mode. The par is much more steady. The light hitting the water is ‘clean’ ( not sure how else to describe it). All I need now is to see the results in the corals.

S
180g lights - Orphek? Atlantik/ compact? How many? Other brands?

Next Gen LEDs From Orphek – A look the iCon Atlantik