About 10 years ago I started a IM 30INT build for my son. We had that tank about a year before the 130 went up. Loved that tank but we ended up having so much going on in our lives once both my son's were diagnosed with Duchenne Muscular Dystrophy that I just couldn't keep up with it. 2 years ago I started the break down and moved what I had left into a IM30 EXT in my office. I never really touched it for the last 1.5 years and it basically was an algae and shroom farm with one clown fish in it.

A couple weeks ago I was looking at that tank and felt bad for that fish that has survived for about 5 years. He was probably miserable and the tank looked like crap in my office. I've worked from home since 2010 and always wanted a nice tank in here, so I got up and started cleaning and cleaning and cleaning. I organized the wiring a little better and rethought my auto-water change system. I decided to upgrade my NanoBox Reef T5/LED to the Sky and clear out a bunch of old crap I wasn't using.

So anyway, it doesn't look all that great yet since I'm still fighting off the years of algae growth but it's a start. My shrooms have mostly doubled in size since the cleanup and now the one tiny little Godspawn I've held onto has 6-7 babies.

I now have my RODI filter in the garage that adds water to a 20g holding tank. Dos 1 is responsible for filling a 3g freshwater ATO tank and a 12g Saltwater water change tank in my office from that tank in the garage. Dos 2 handles the water change, taking water from the 12g mixing tank to the sump and then taking old water from the sump and dumping it outside through a hole I made under a window. (strategically hid this from the wife behind the shelf)

Dos 3 handles the CA and KH dosing and are controlled by the trident.

I also have the skimmer emptying through a tube that is ran outside so very little cleaning of that is needed.

A LLS monitors the water in the WC mixing tank and will stop the water changes and auto-refill it once it hits a certain low point. Then I can just add salt to it. I have a pump that comes on ever 30 minutes for 5 minutes in it just to keep the water moving. Still want to add an additional salinity probe in here just to help monitor everything.

Another LLS monitors the water level in my Sump for me. I really like this new Neptune sensor. I know people have been upset with the levels on it but as long as that thing reads 1 I know my sump is good.

For the RODI tank in the garage I am adding another (3rd) FMM. I don't like just leaving on the RODI system 24/7 with just the float valve. I will be adding the solenoid valve before the RODi reaches the tank. This way I can have a high and low sensor in the tank to open and close that solenoid valve. I've heard these fail but then I would just be where I'm at now just turning the manual valve once the tank is full. The float valve has done great for several years making sure it never overflowed anyway.

So anyway that's just a little bit of the build 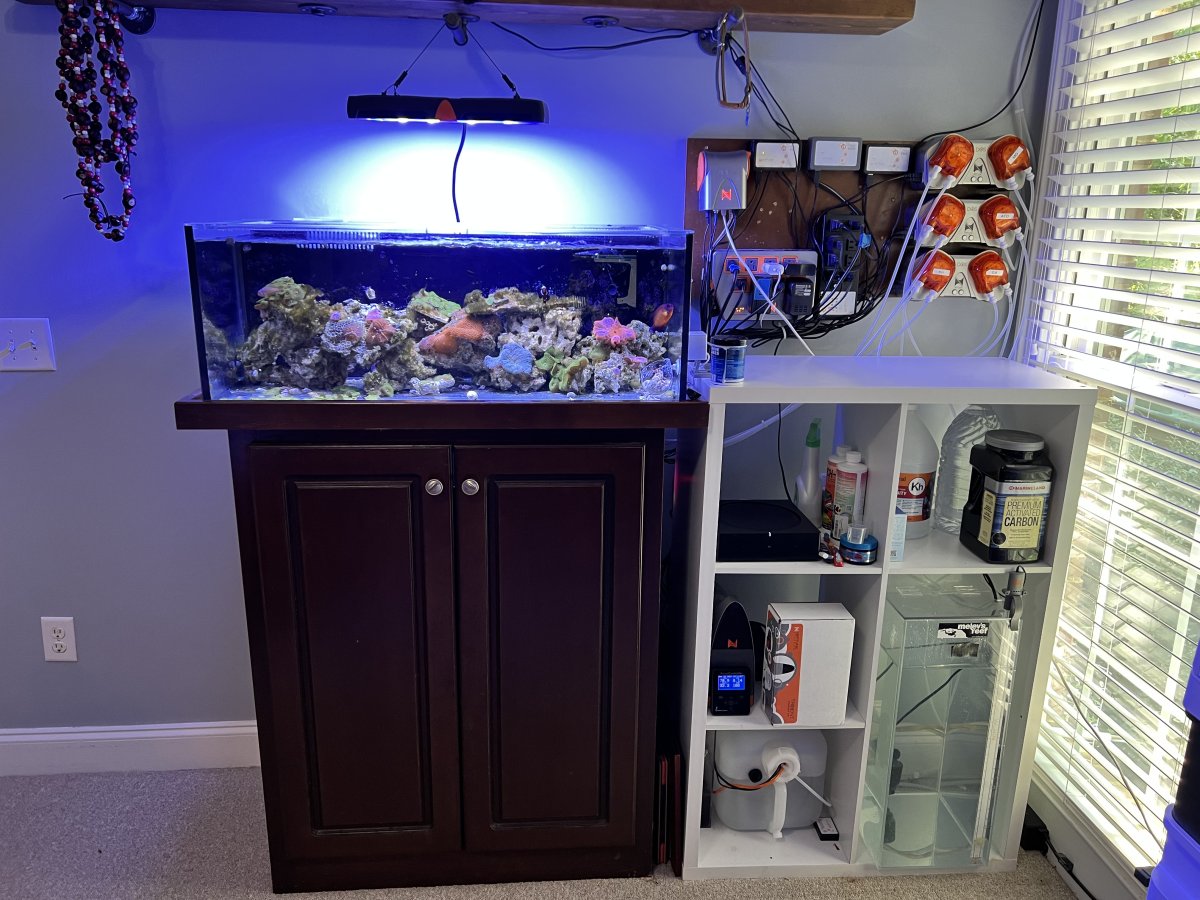 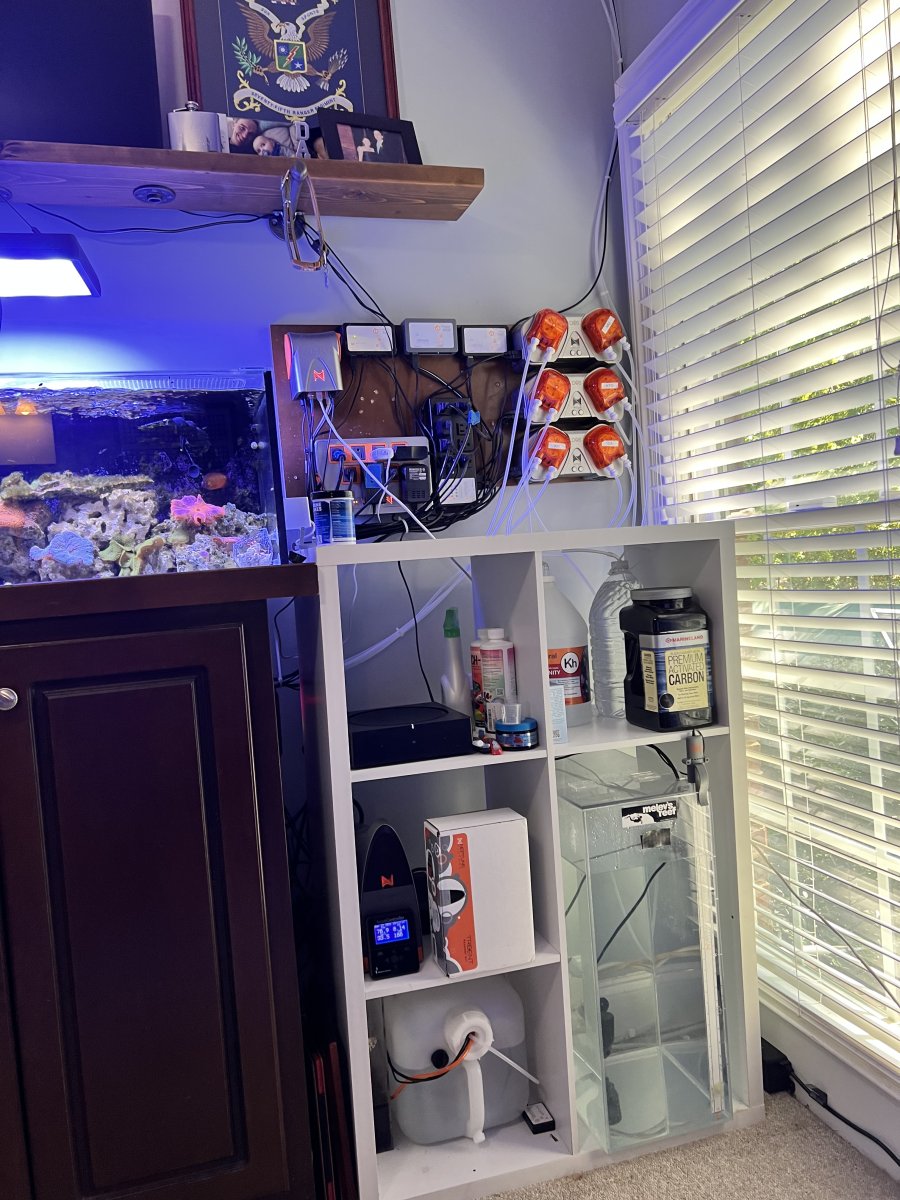 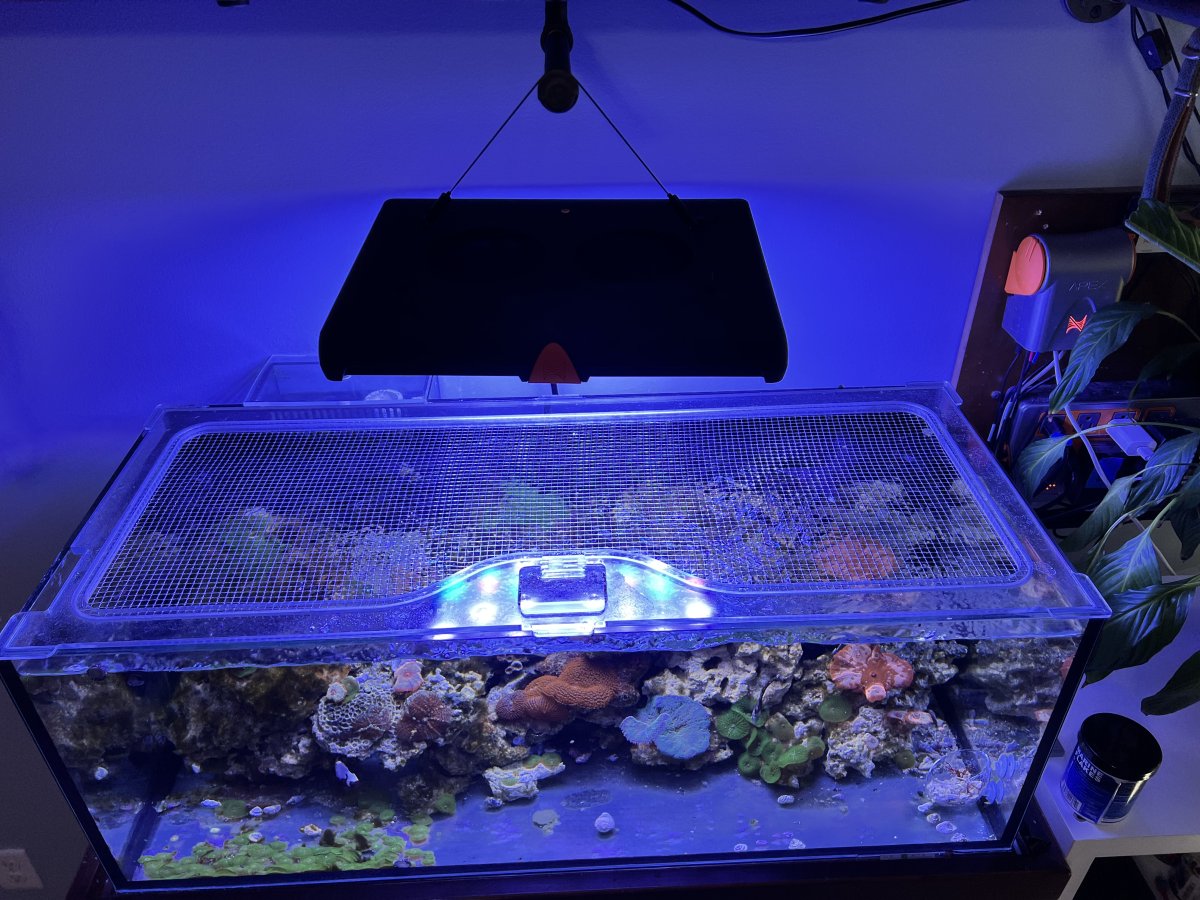 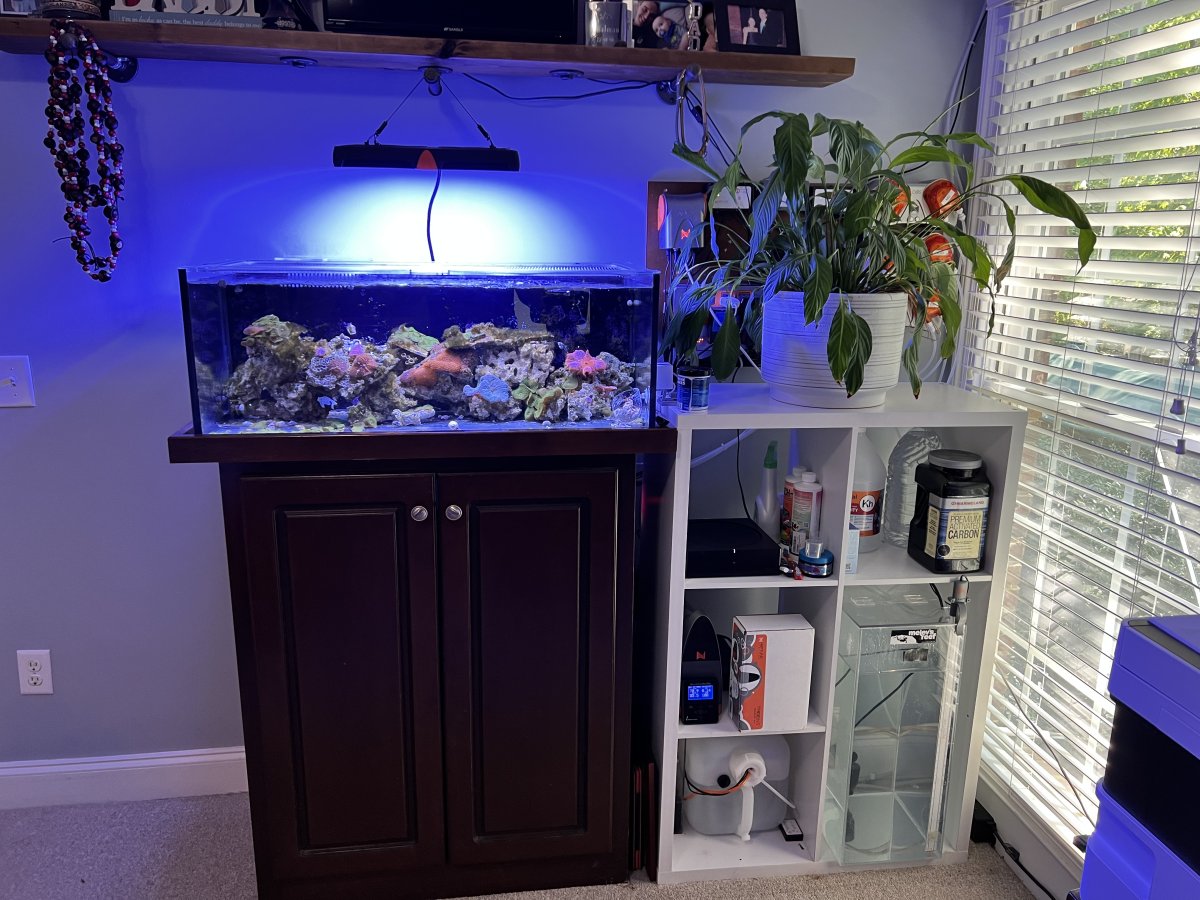 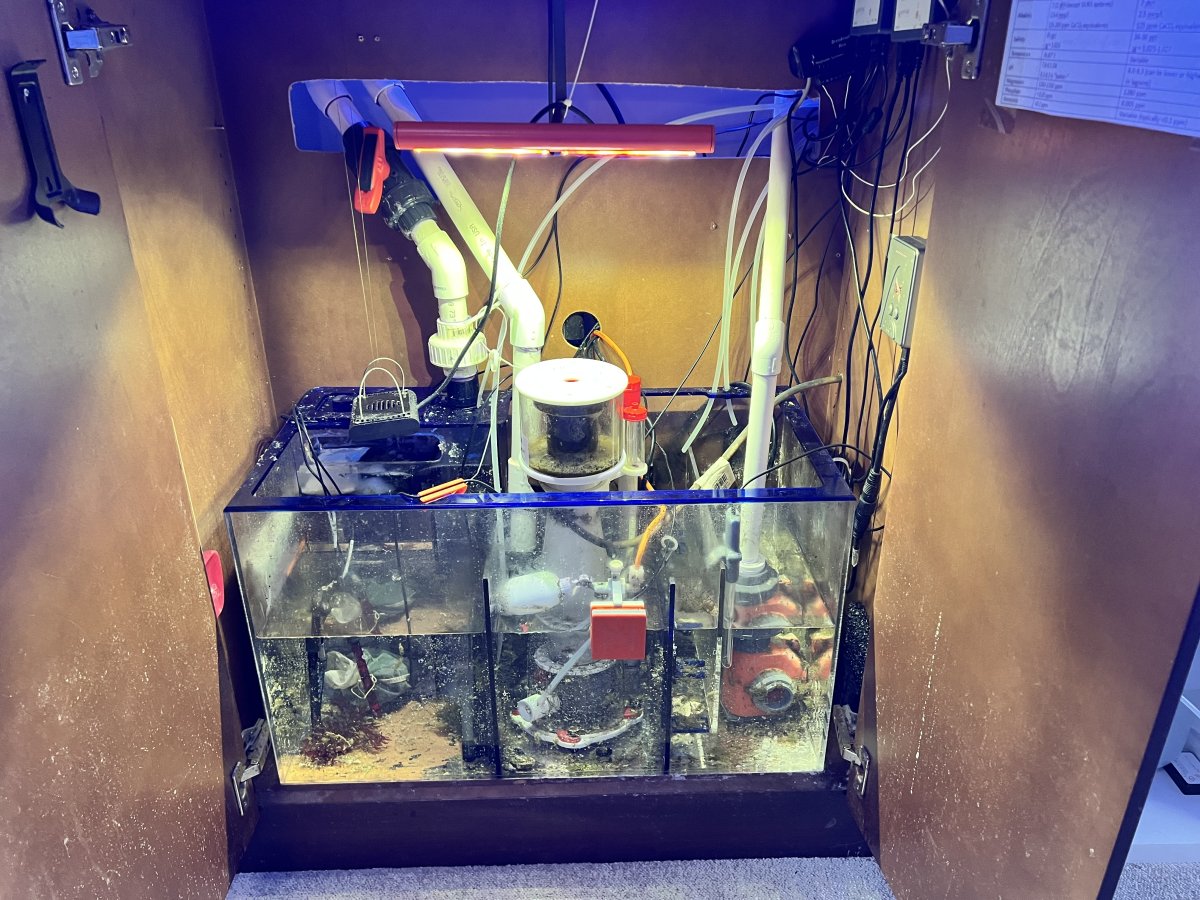 I’m be been trying to figure something else out but haven’t found a shelf/cabinet I like yet. The plants worked for about 2 years though lol

My Ecotech Battery Backup upgrade. Battery date was August 2012 and wasn't keeping a charge anymore. $90 and we are good to go. I've got a generator also for those longer outages. 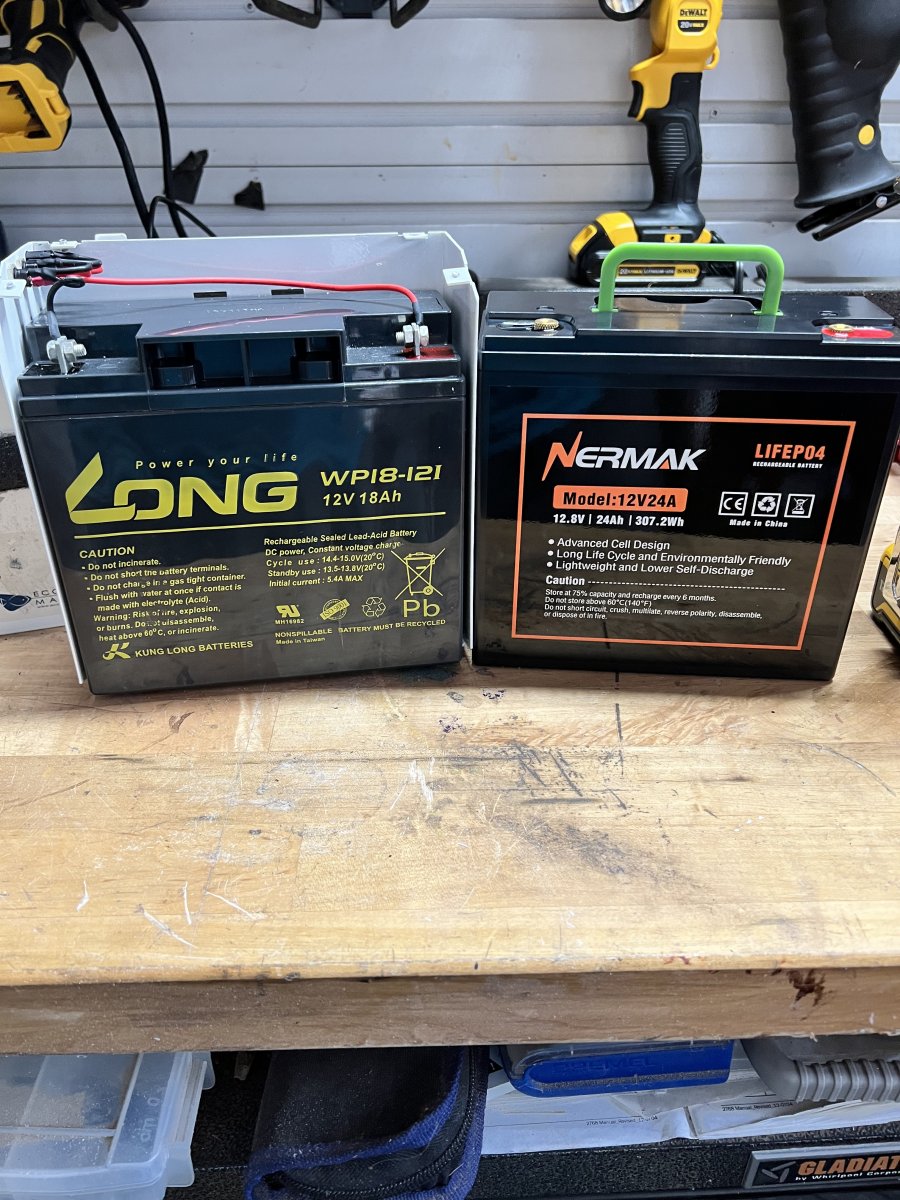 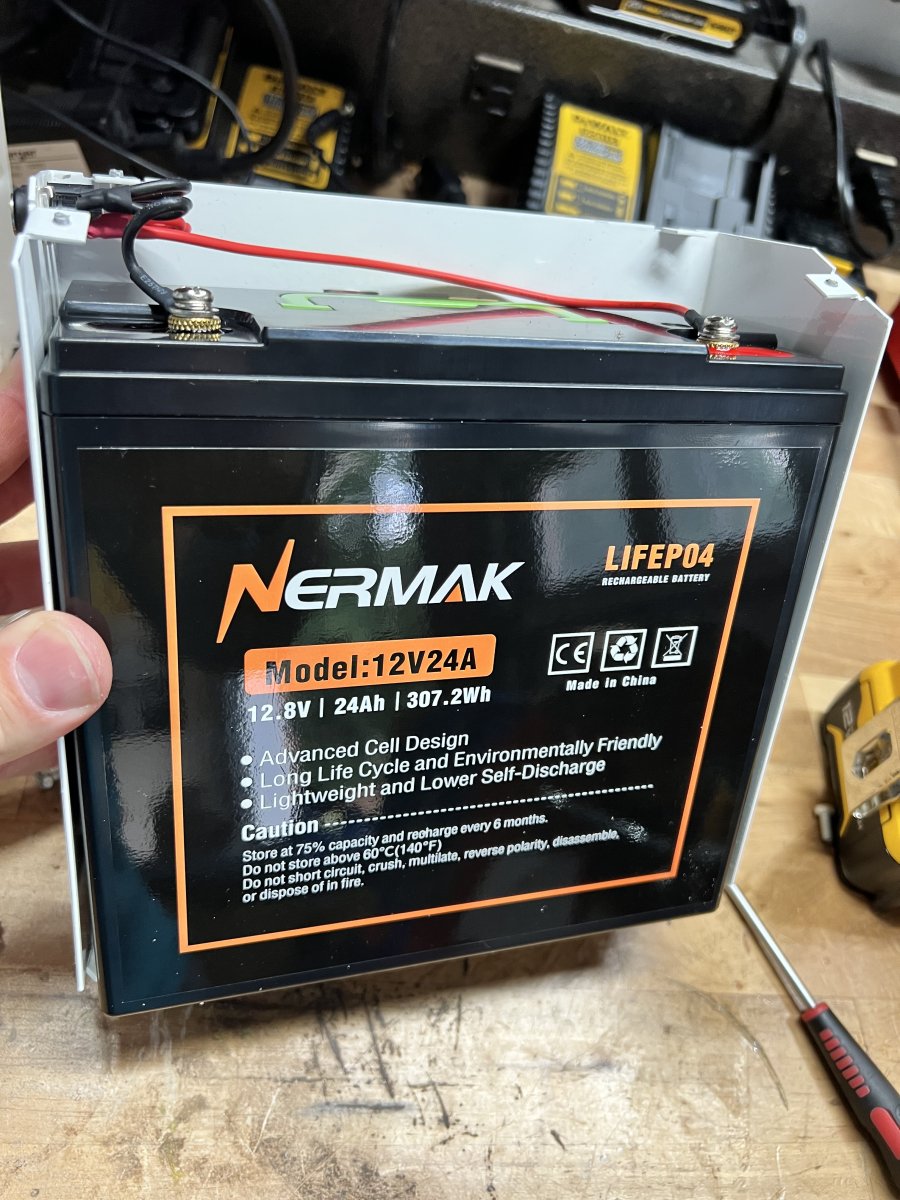 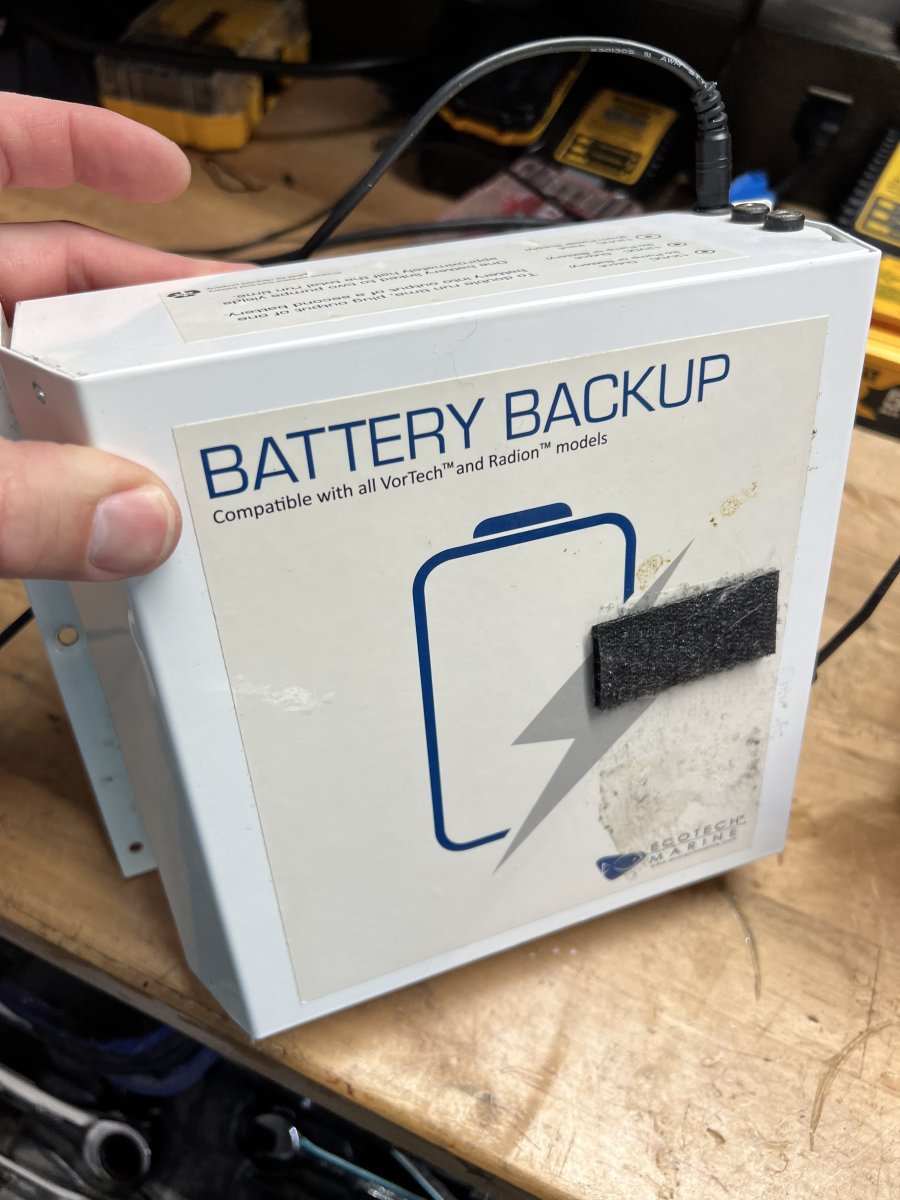 Well I screwed up. I got a MP10 from another user on here and when it came it was a little dirty so I decided to throw it in a bucket with some vinegar and water for the weekend. 3 days later I realized I threw in the wet and DRY side

So I tried to just dry it out with a hairdryer and that didnt work so I had to dive in a bit more.

I decided to take apart the dry side and see if it could be salvaged. I found there was still water in it so I gave it a good wipe down. There was also noticeable rust inside the assembly and on the bearings. I wiped all that down, dried it off and decided to order replacement bearings.

Yesterday I got the bearings I ordered so I did another tear down and replacement. Most of the original parts look clean in the pictures but that's because of cleaning them up the first time, the larger bearing was really covered in build up.

It runs now but not as quiet as I would like. May break it back down today and try to lubricate it a bit more to see if that help. 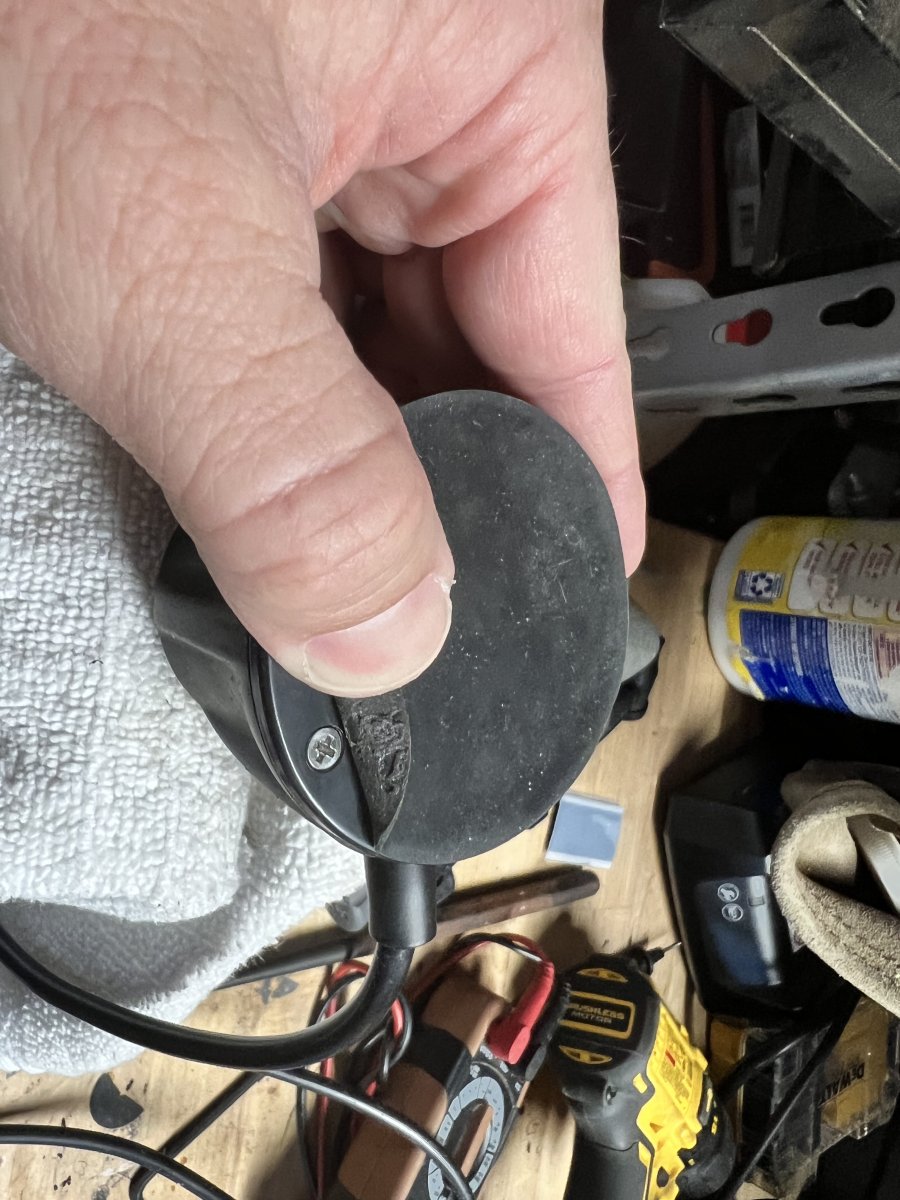 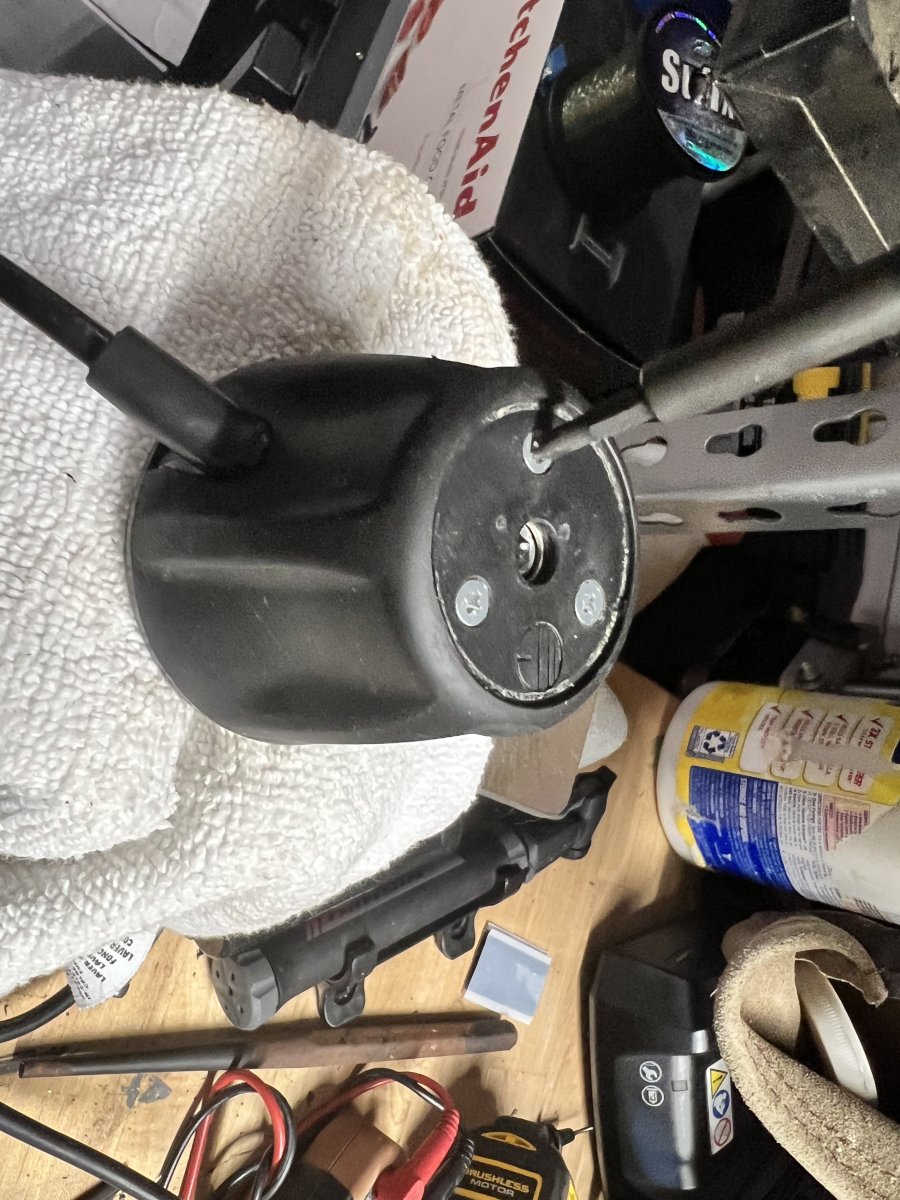 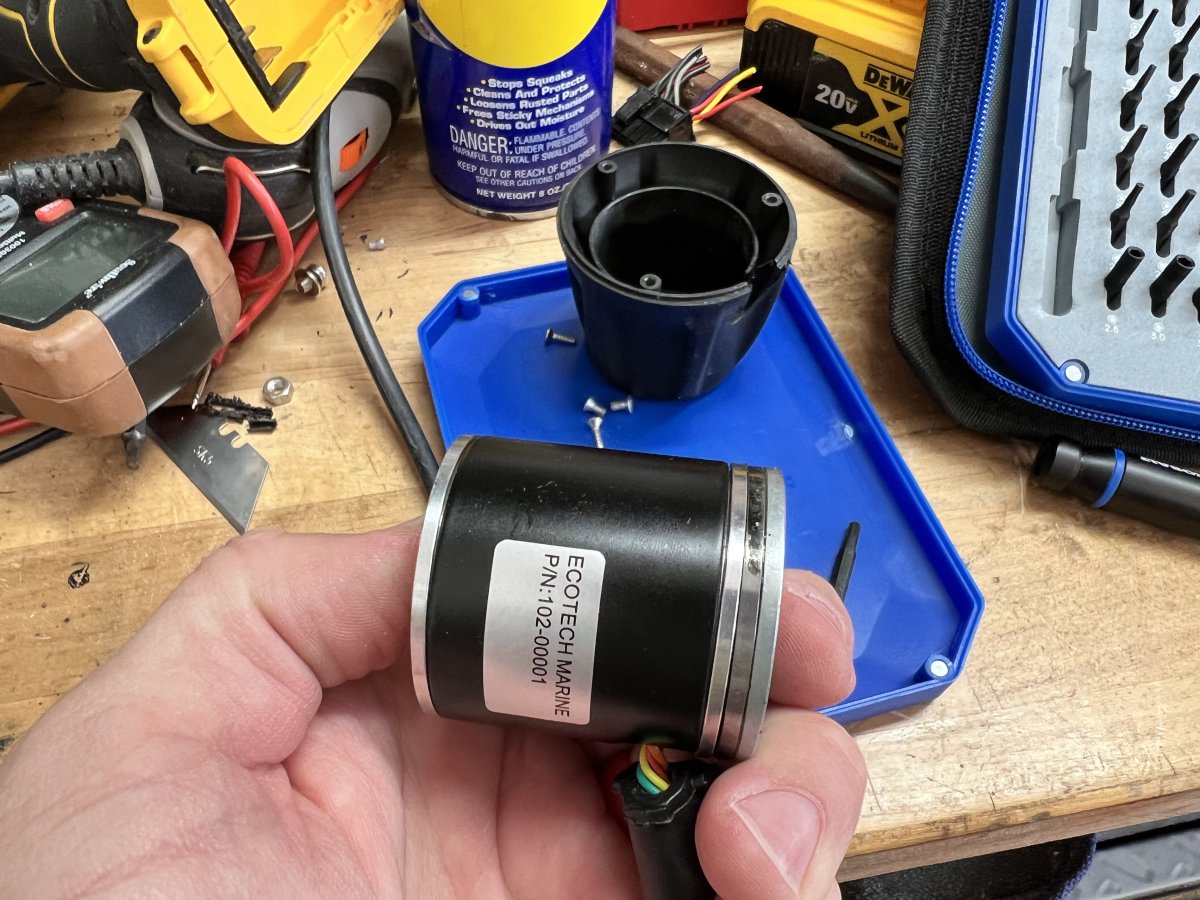 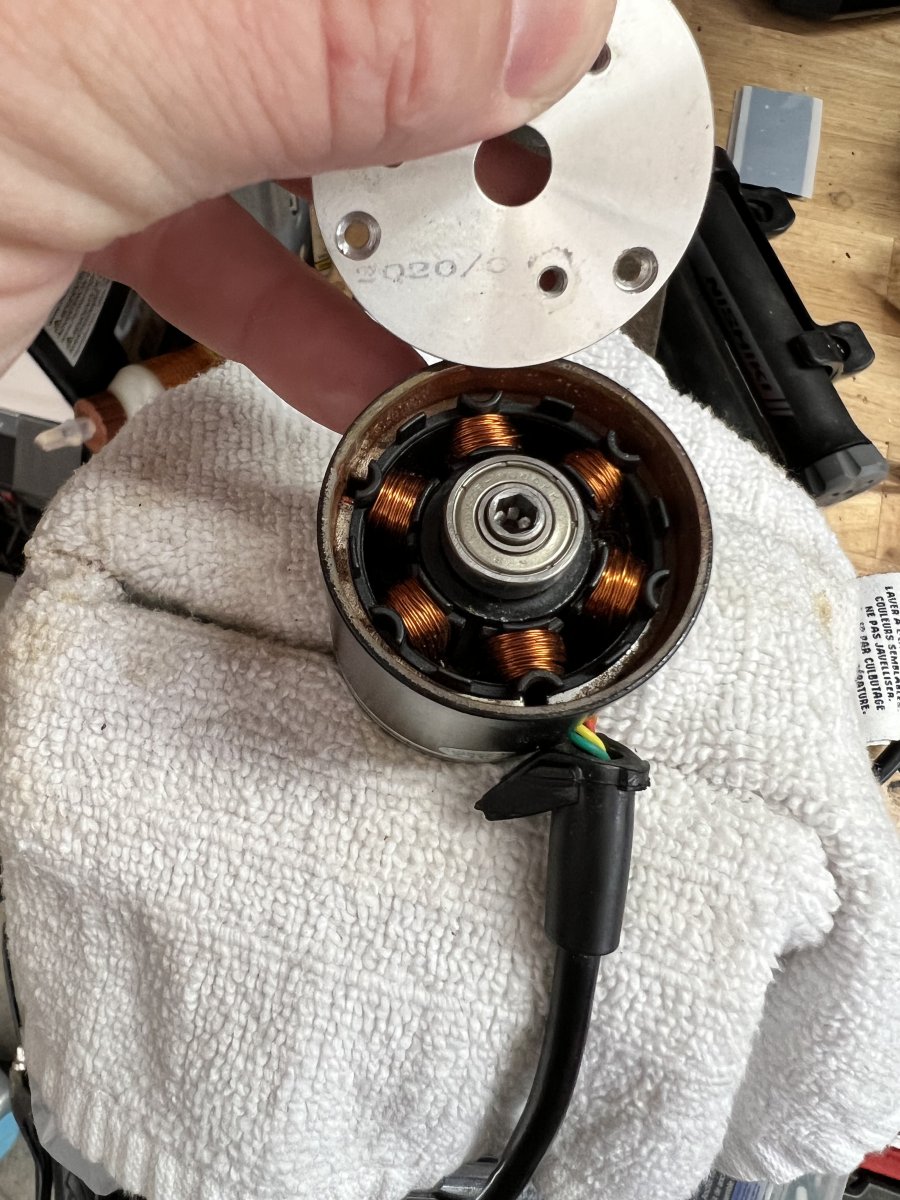 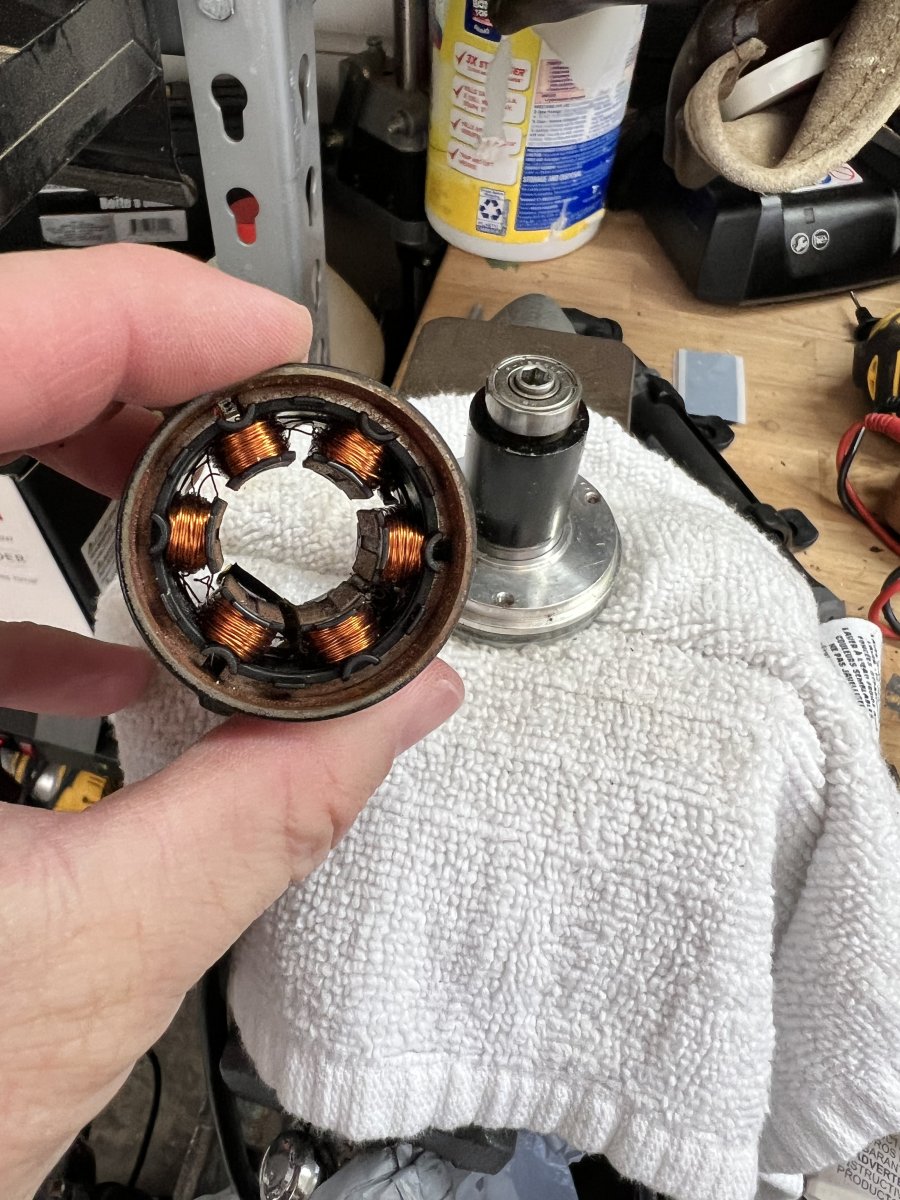 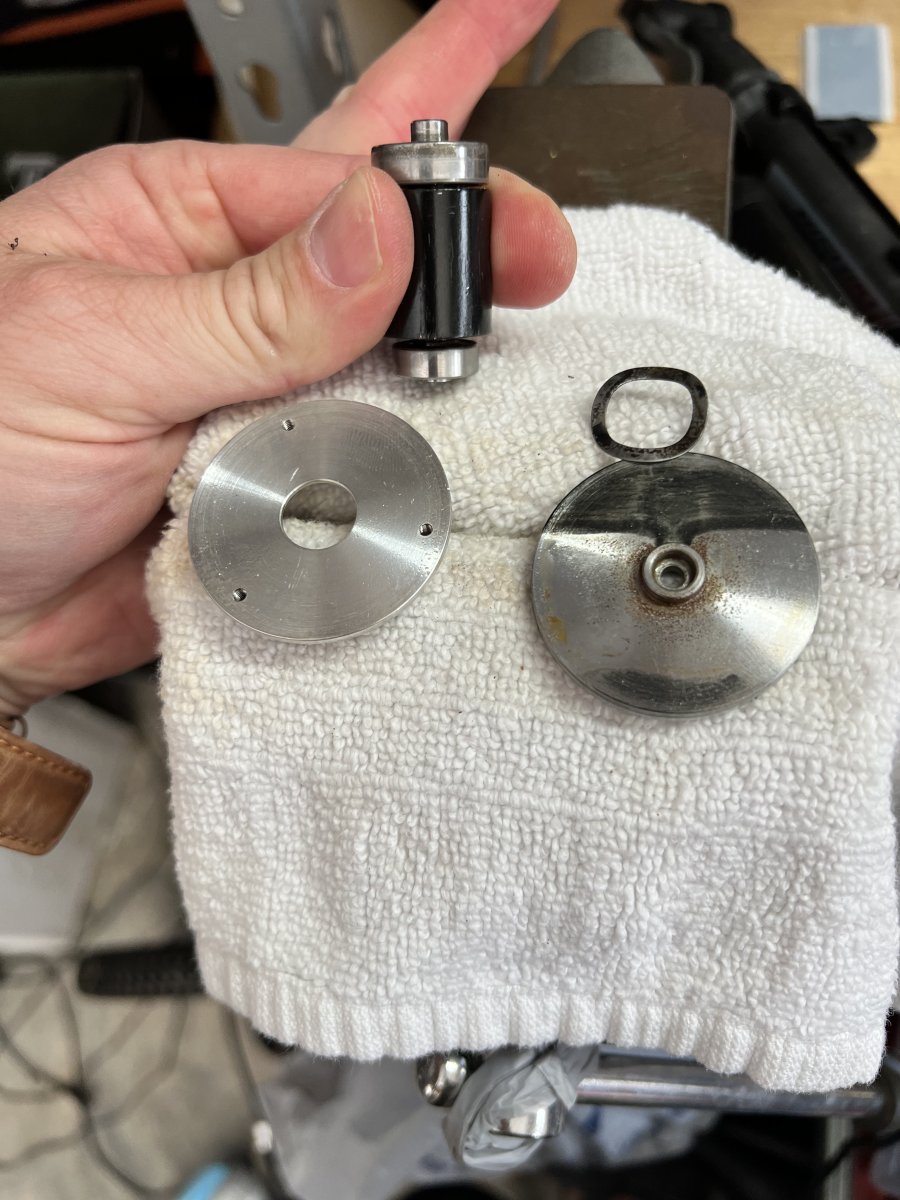 In the Youtube videos I watched on breaking the pump down people had difficulty getting under the bearing to pull it off. The razor blades were just the correct thickness to get under it. Laid this in a vice with a rag to protect the rest of the mechanism. Couple light taps and the bearing was off. 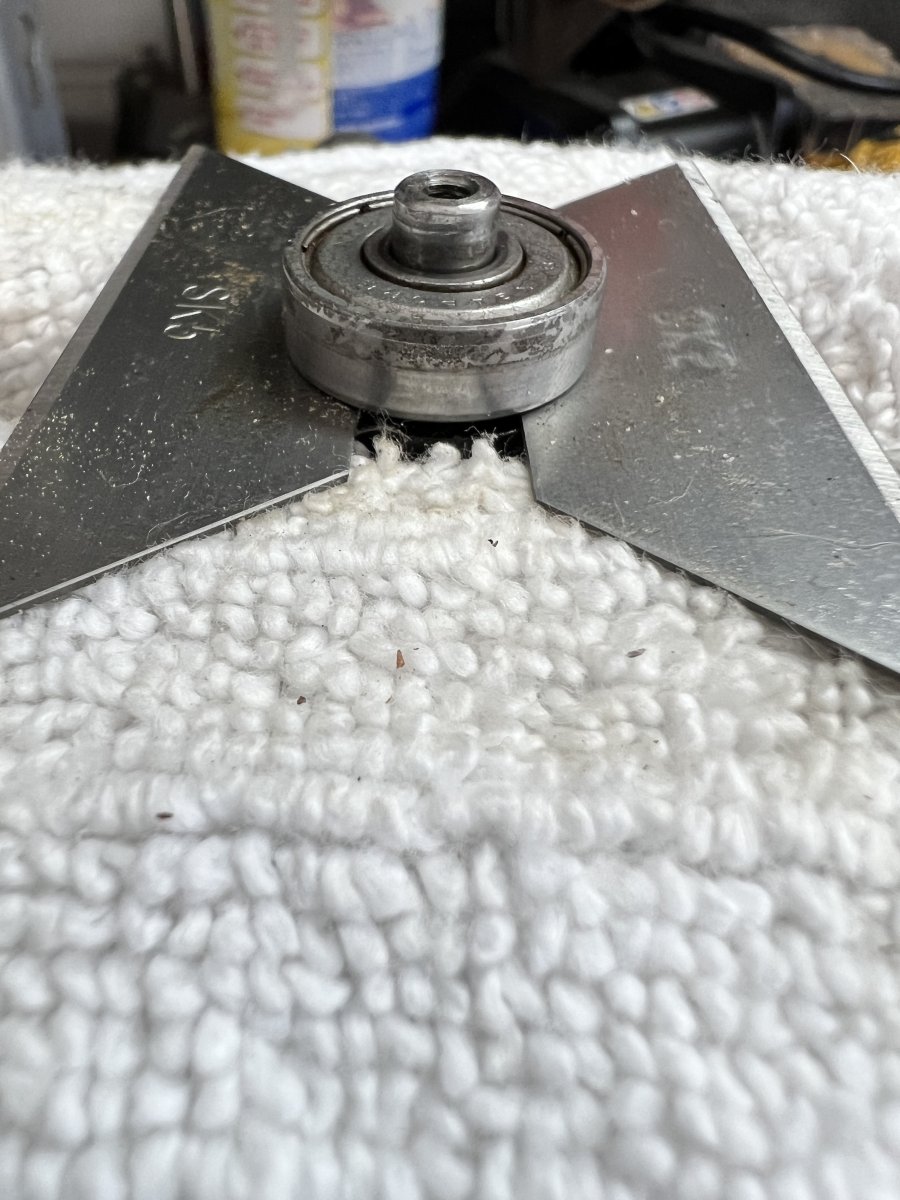 New bearing on the left. The one on the right was extremely corroded when I first opening the pump up. You could hear the bearing turning. The new one is pretty silent. 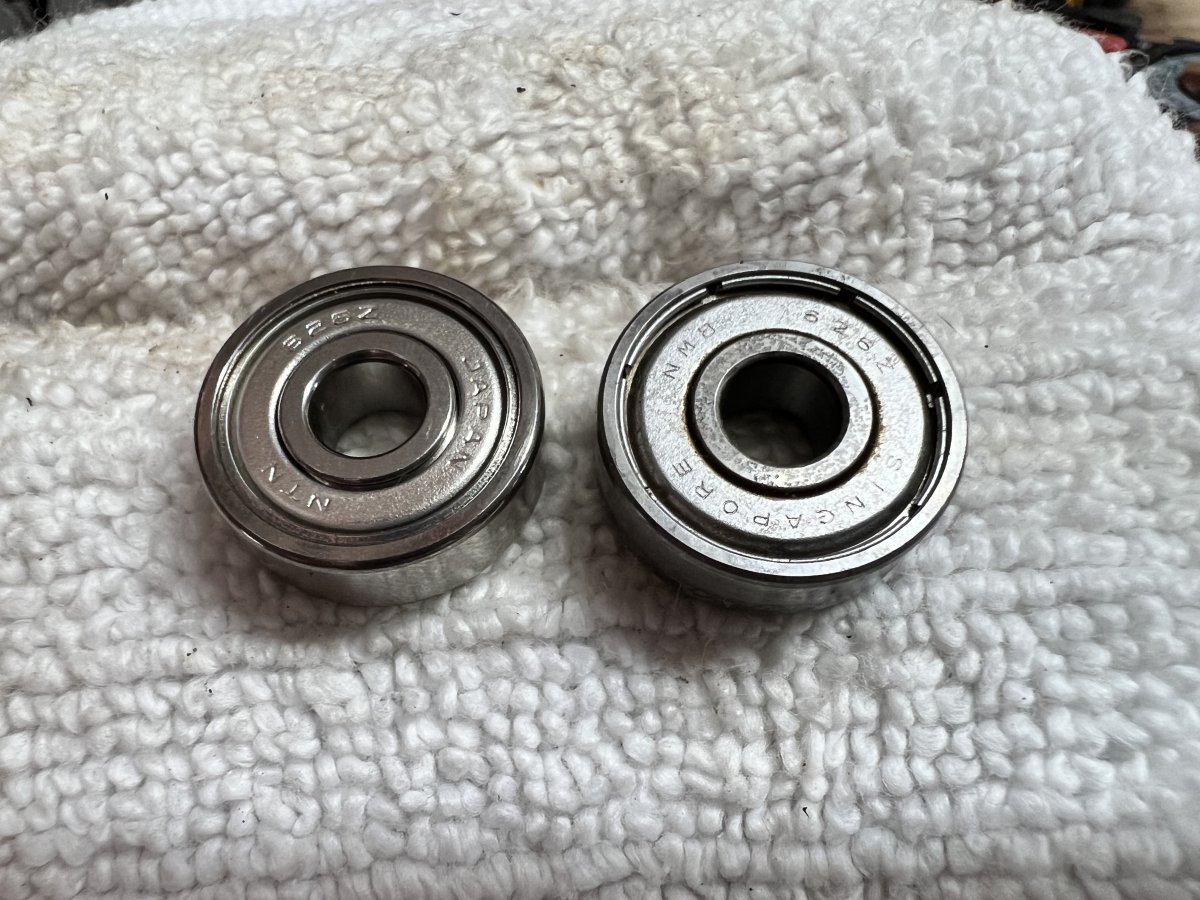 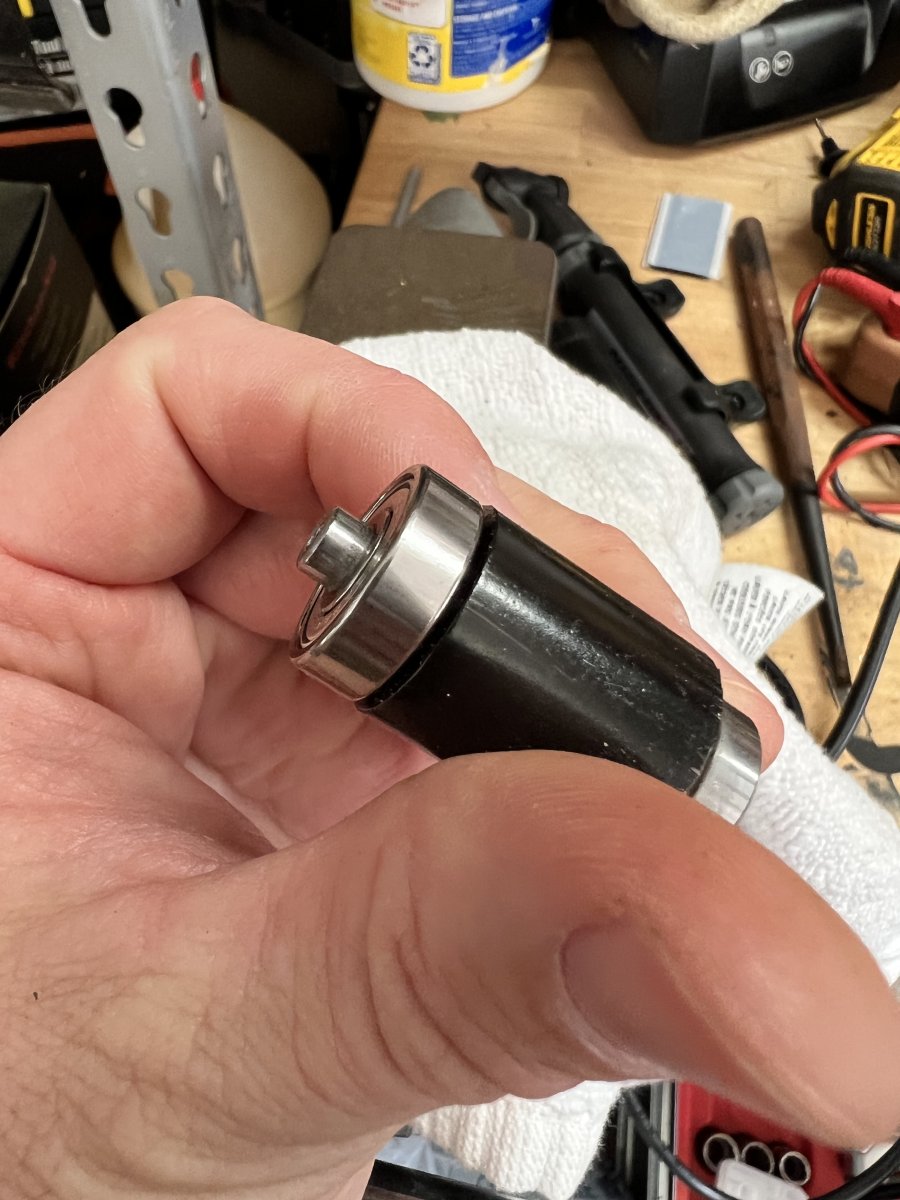 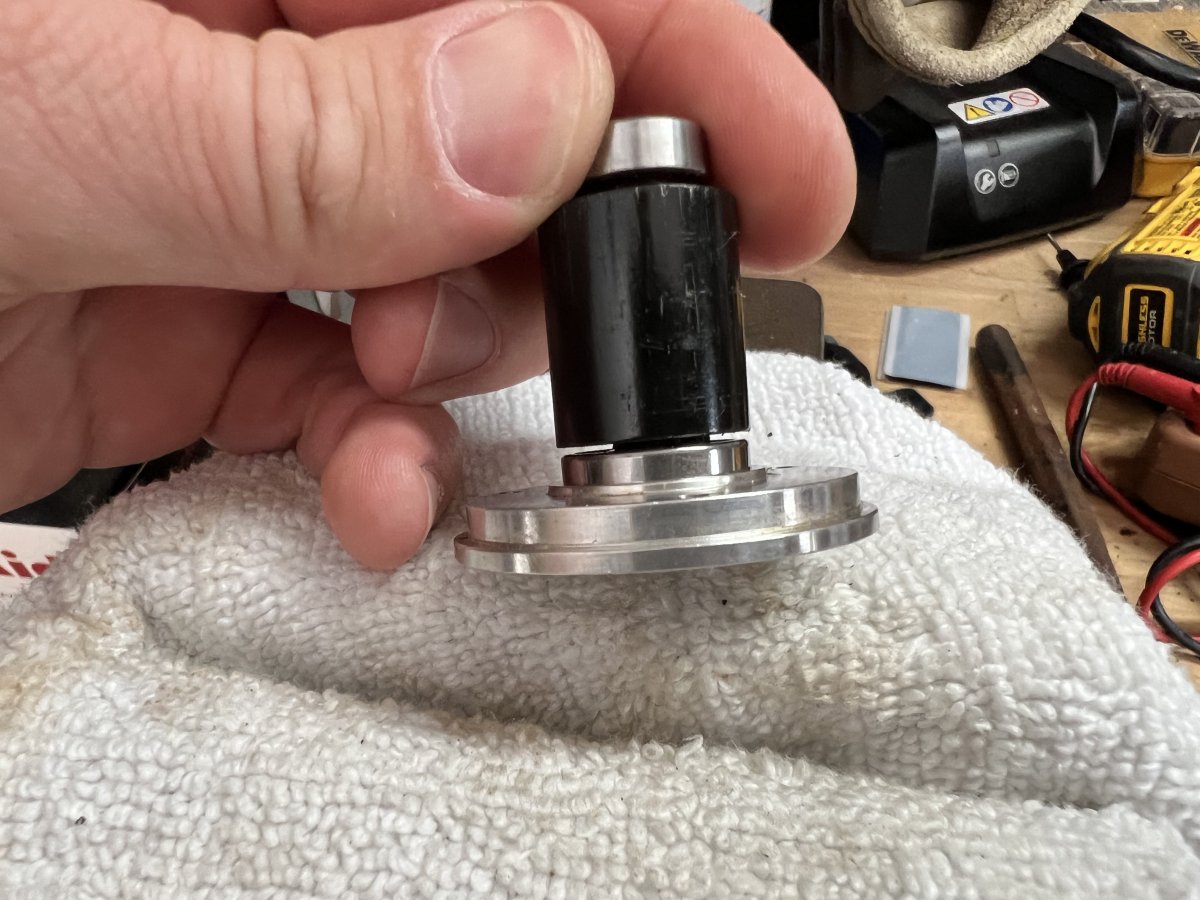 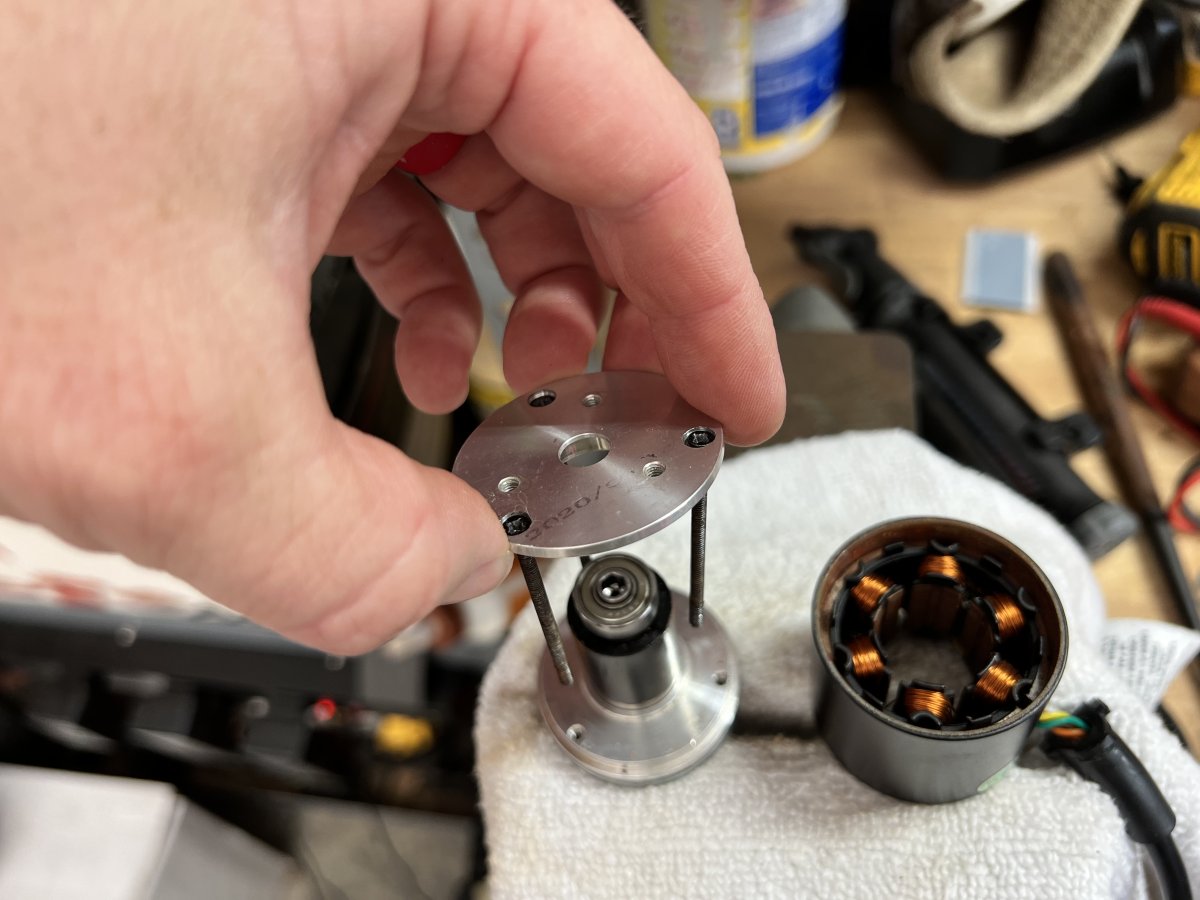 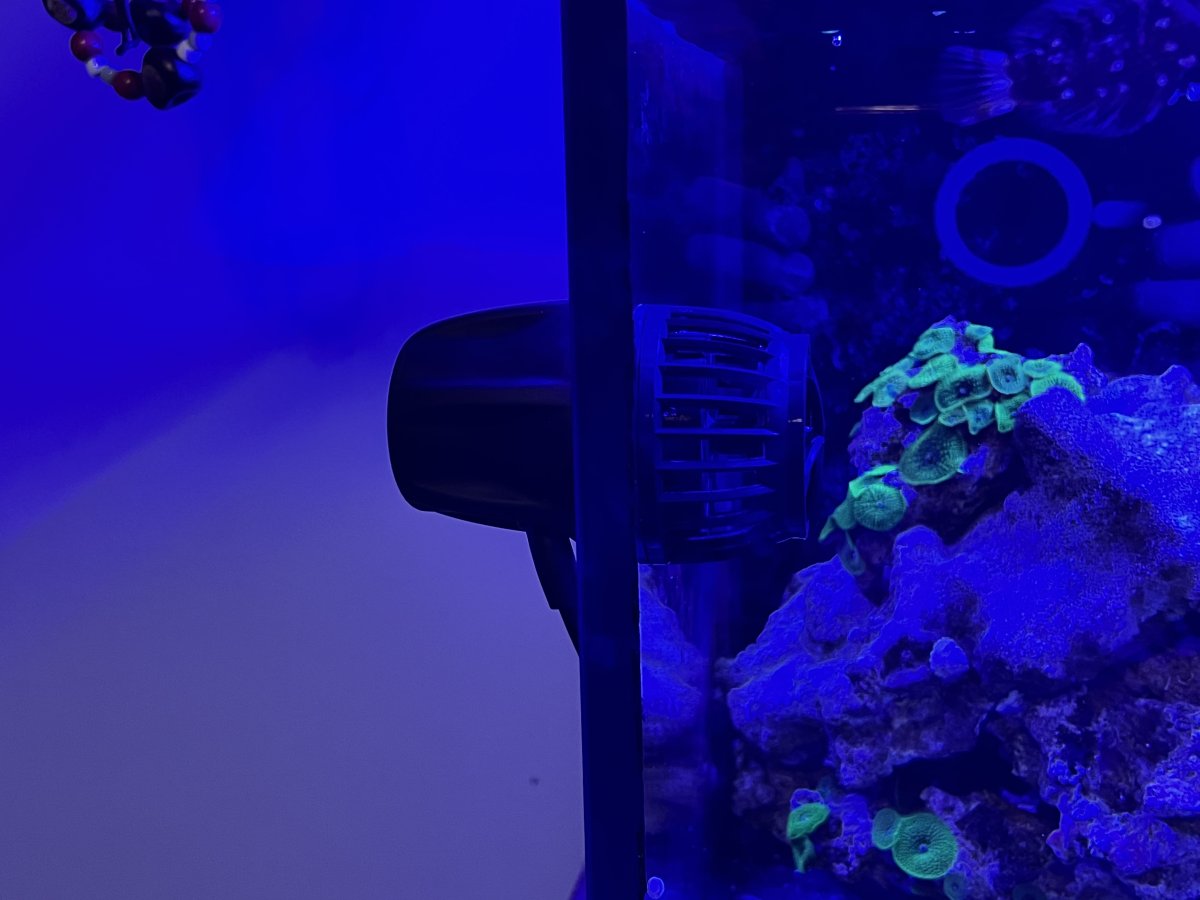