As suggested, and to get the nifty badge, I’m starting a build thread for my tank

Firstly, it’s a freshwater Flex 32.5 as my local Petco didn’t have the Marine version in stock. Plus it was a bit cheaper. The only difference I could find between the fresh and salt versions is the light included. Fresh comes with an Aquasky and salt comes with the Marine LED.

For gear, I immediately ditched the stock sponge holders Fluval includes for two inTank media baskets. In one basket from top to bottom, I cut a layer of the stock sponge, then I have the two carbon bags, and lastly the two biomedia bags. In the second basket I’m attempting a refugium with a layer of the stock sponge on top, red ogo (AlgaeBarn was out of chaeto), then 1.5ish Marinepure 2” blocks on bottom. For the fuge light I’m using a LED Full Spectrum Aquarium Refugium Light from inTank.
For the wave maker I’m using a single Current USA eflux 1050. Considering picking up a 660 for the opposite side of the tank.
I’m also using Fluvals PS1 skimmer. It’s been a bugger to tune but I think I’m getting there. Had a lot of micro bubbles the first few days but it’s since calmed down.

For my quarantine tank, I’m using a Fluval Spec V 5 gallon tank with a couple pieces of PVC for the fishies to hide in.
Currant tenants are:

I’ve also got some coral frags;
I’ve also got some coral frags;
a fire and ice zoa,
a volcano zoa,
a sonic the hedgehog galaxea,
a fascination favia,
two flash favia
a cupid favia
a dragon soul favia
a darth maul favia
a goldmeister chalice
a war and peace favia
a space invader chalice
a yellow submarine favia
a jeepers creepers favia
two mystic sunset montis
and a ghoul zoa

My experience is limited. I had a FOWLR tank years back for a year or so. So I’m looking forward to all the learning to be had!

one of my inTank media baskets with sponge, carbon, biomedia 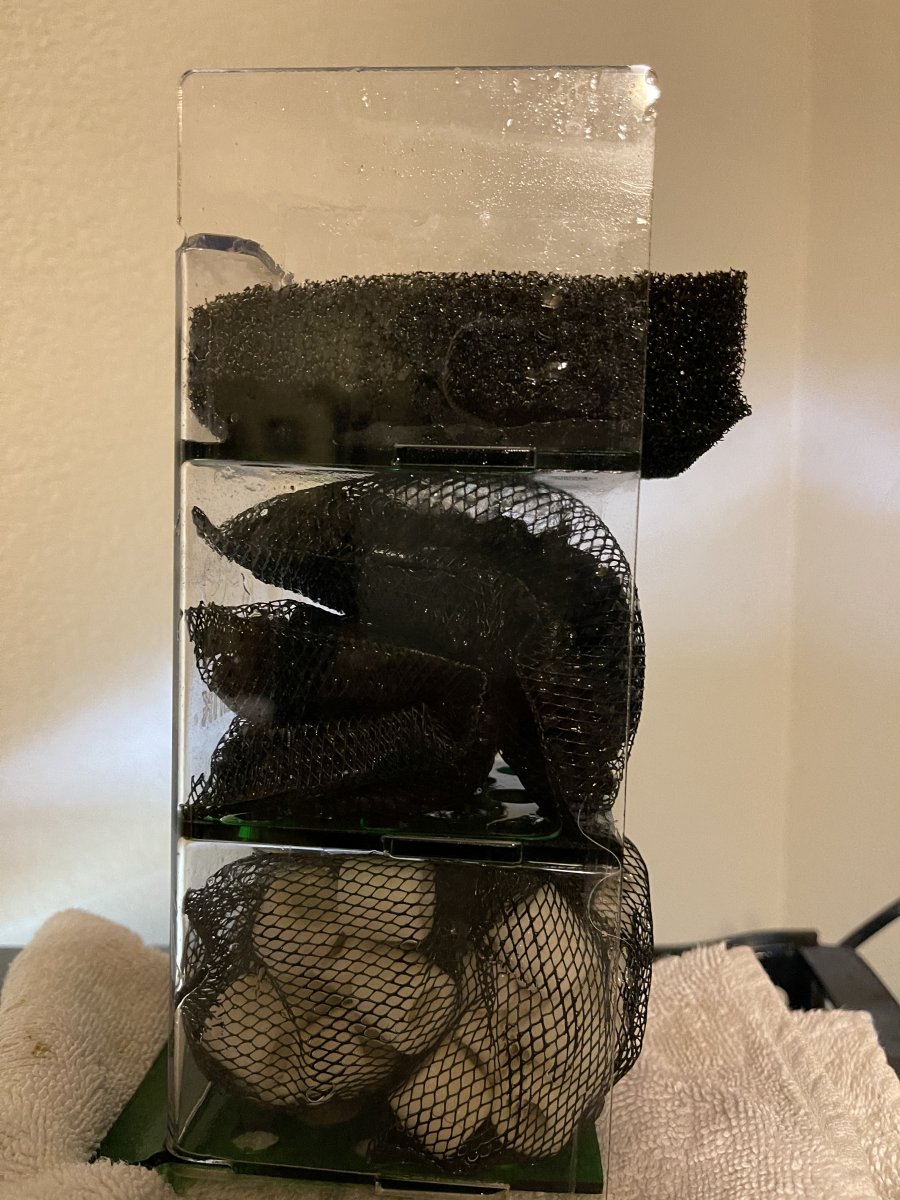 My other inTank basket with sponge, red ogo, and Marinepure blocks. 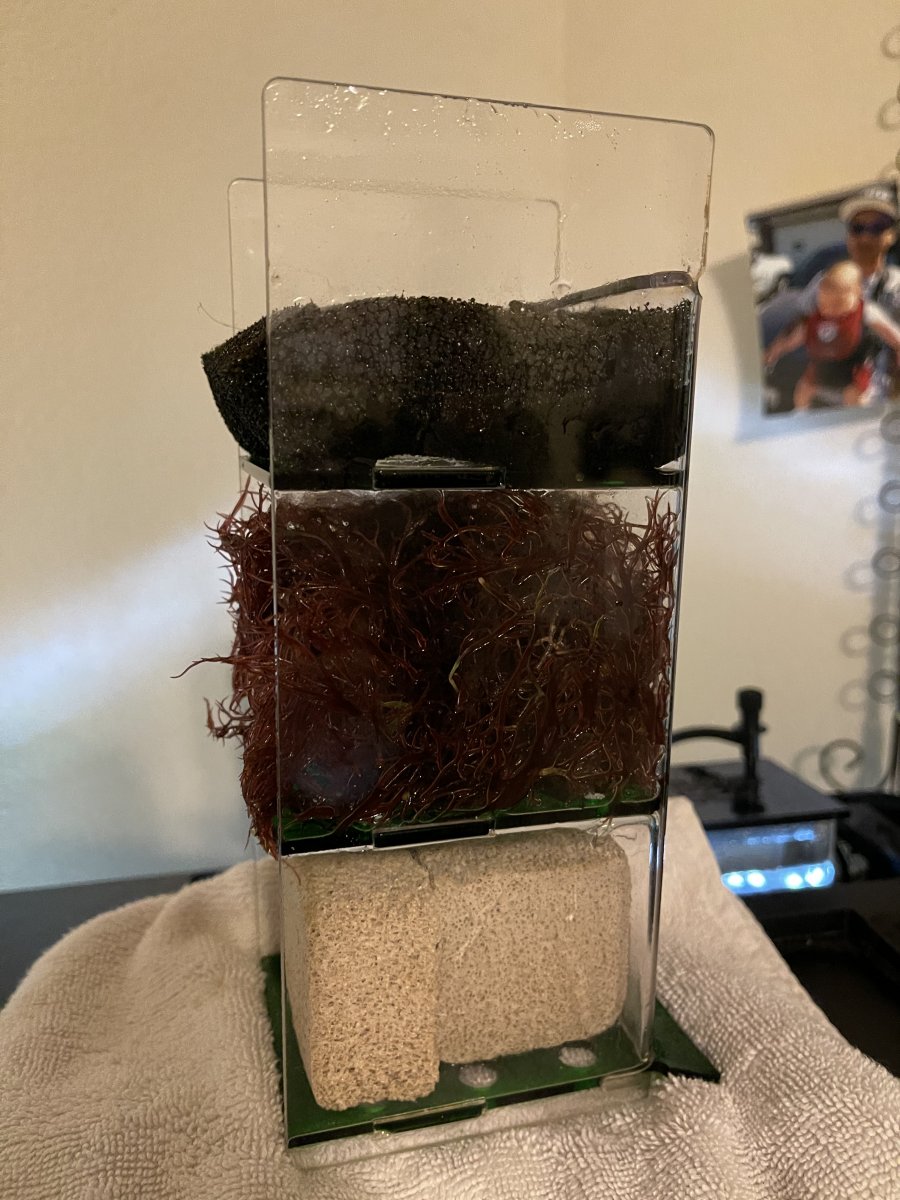 Looking at the fuge light from the rear, side. 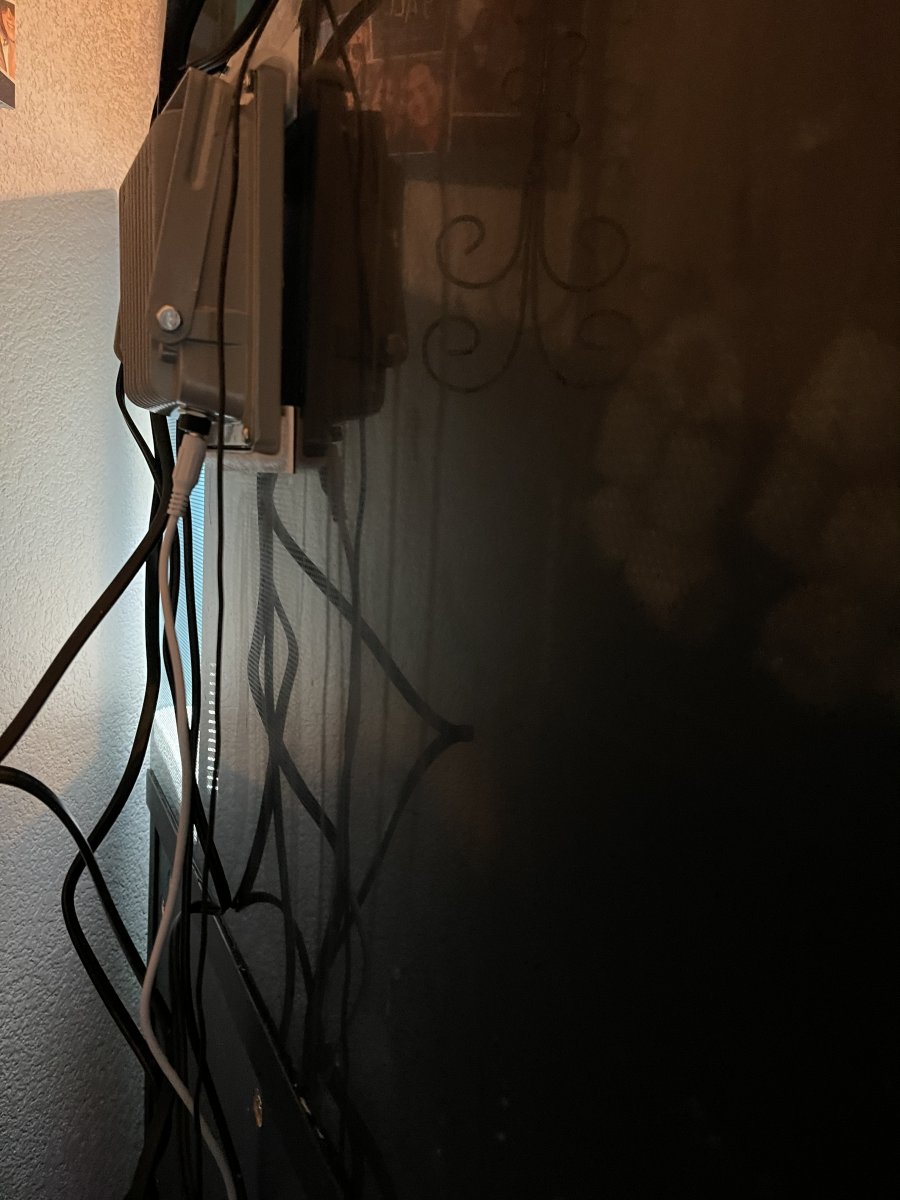 and a shot with the fuge light on looking top down. 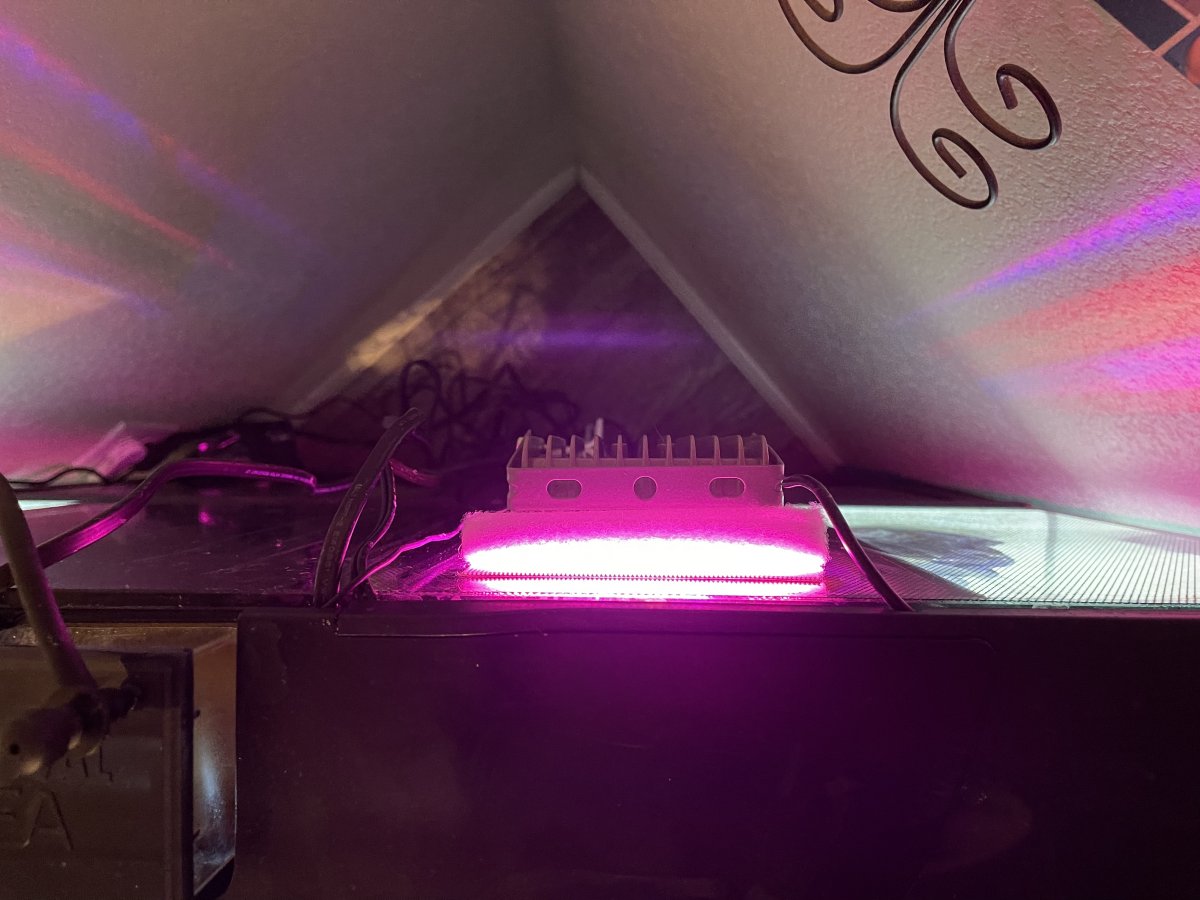 What are you using for your lighting?
OP

For lighting I’m currently using the Fluval Aquasky light that came with the tank. I ordered a Fluval Marine 3.0 light that fits the stock lid a few weeks ago and just received an email that it shipped! So that’ll be going in once it arrives.
OP

Going to try and keep track of the corals I score during WWC's sale. First score is an Aquavelvet Acropora. 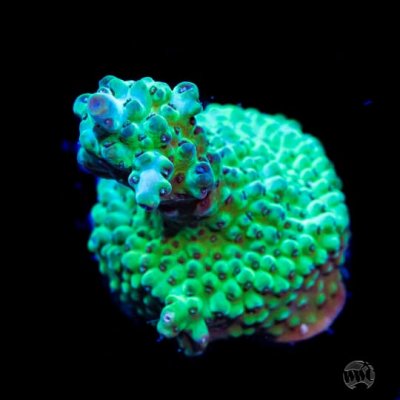 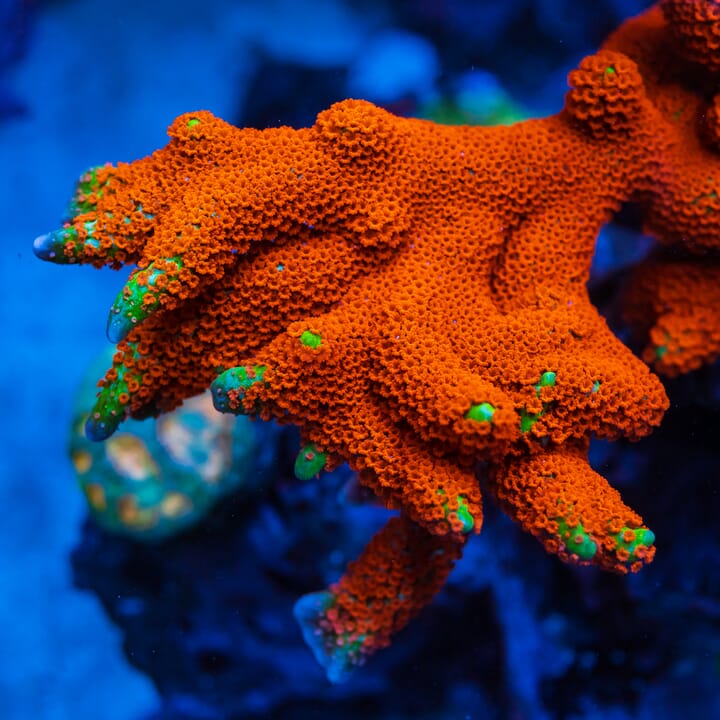 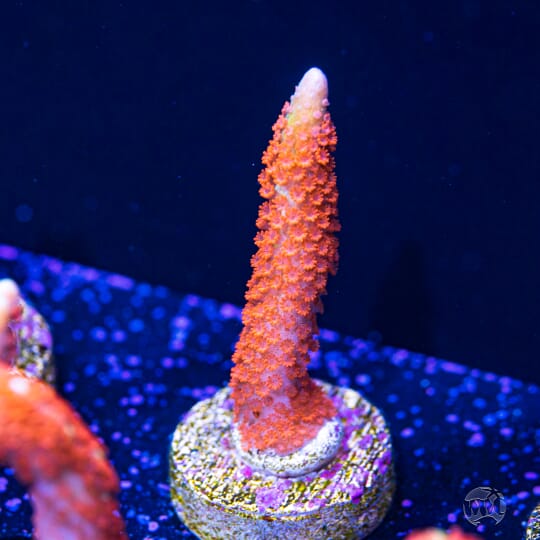 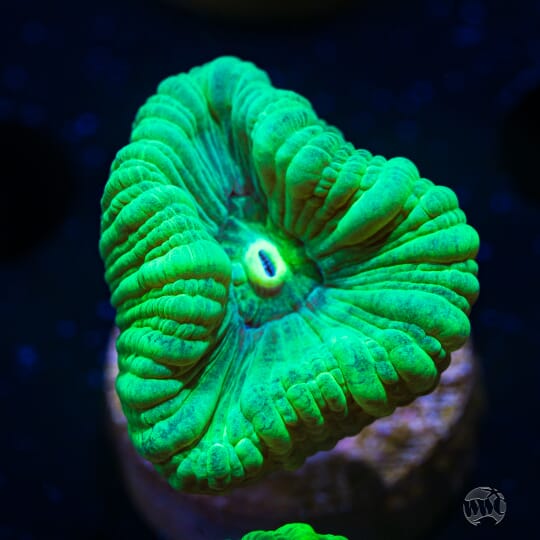 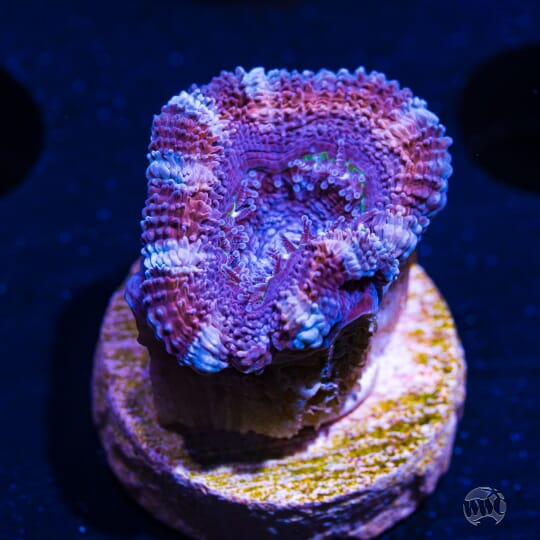 just a log entry for the state of the current corals in the tank. 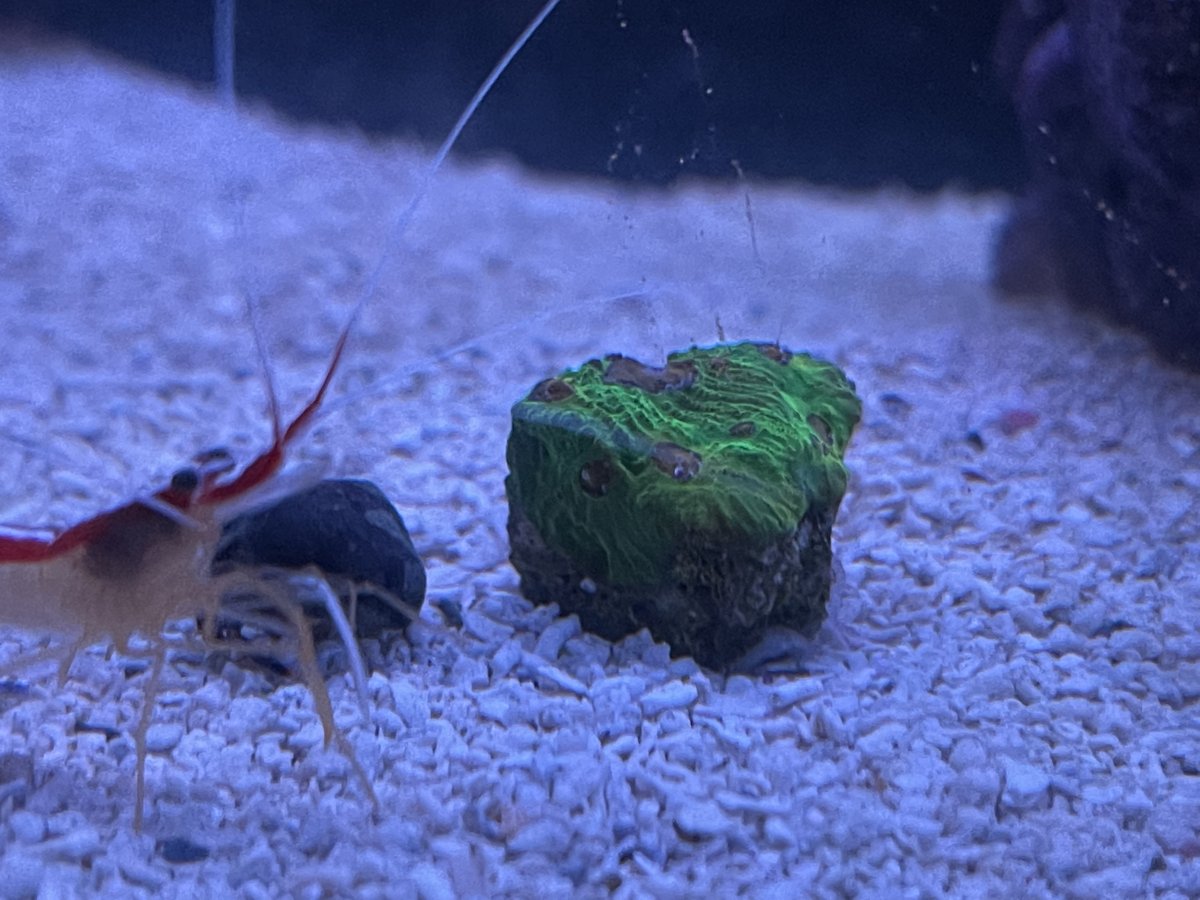 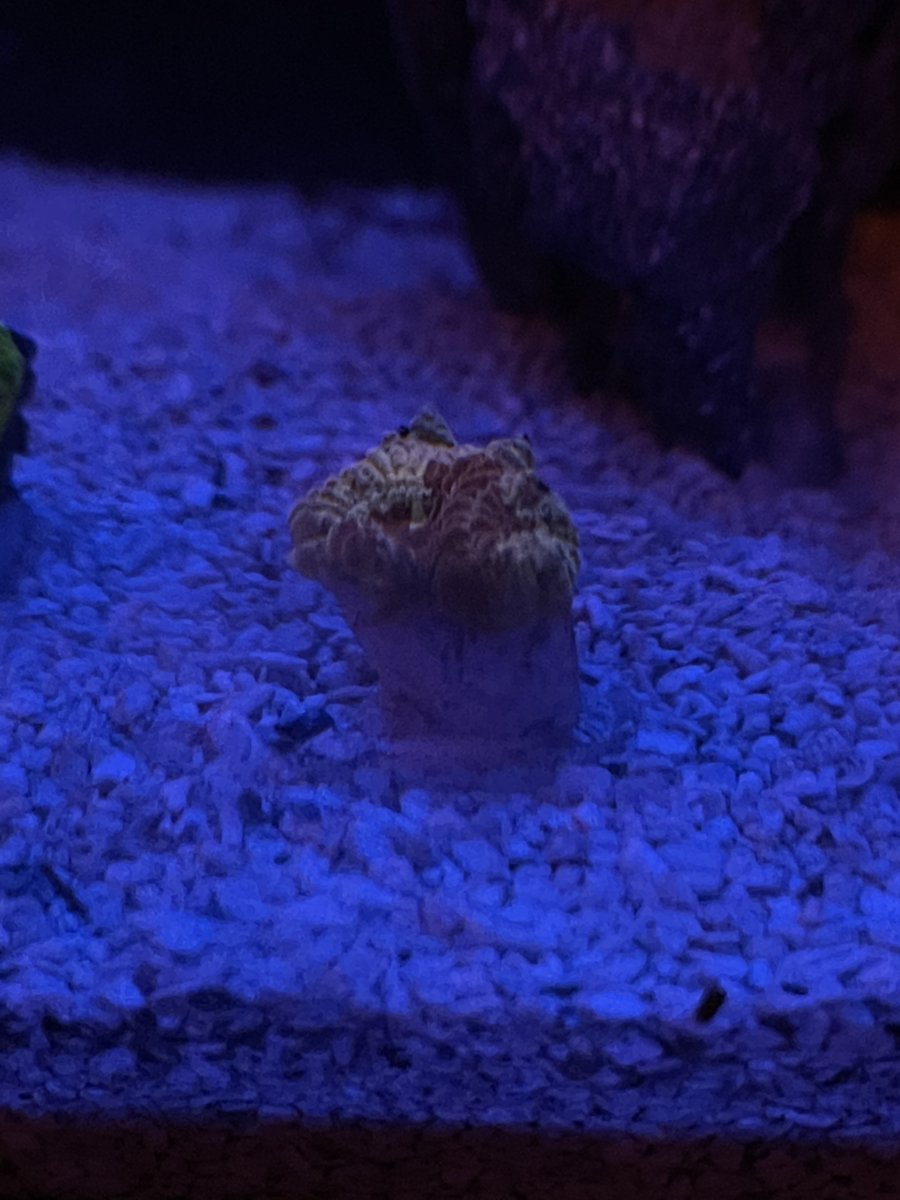 Fire and Ice zoas. Not happy with the color. 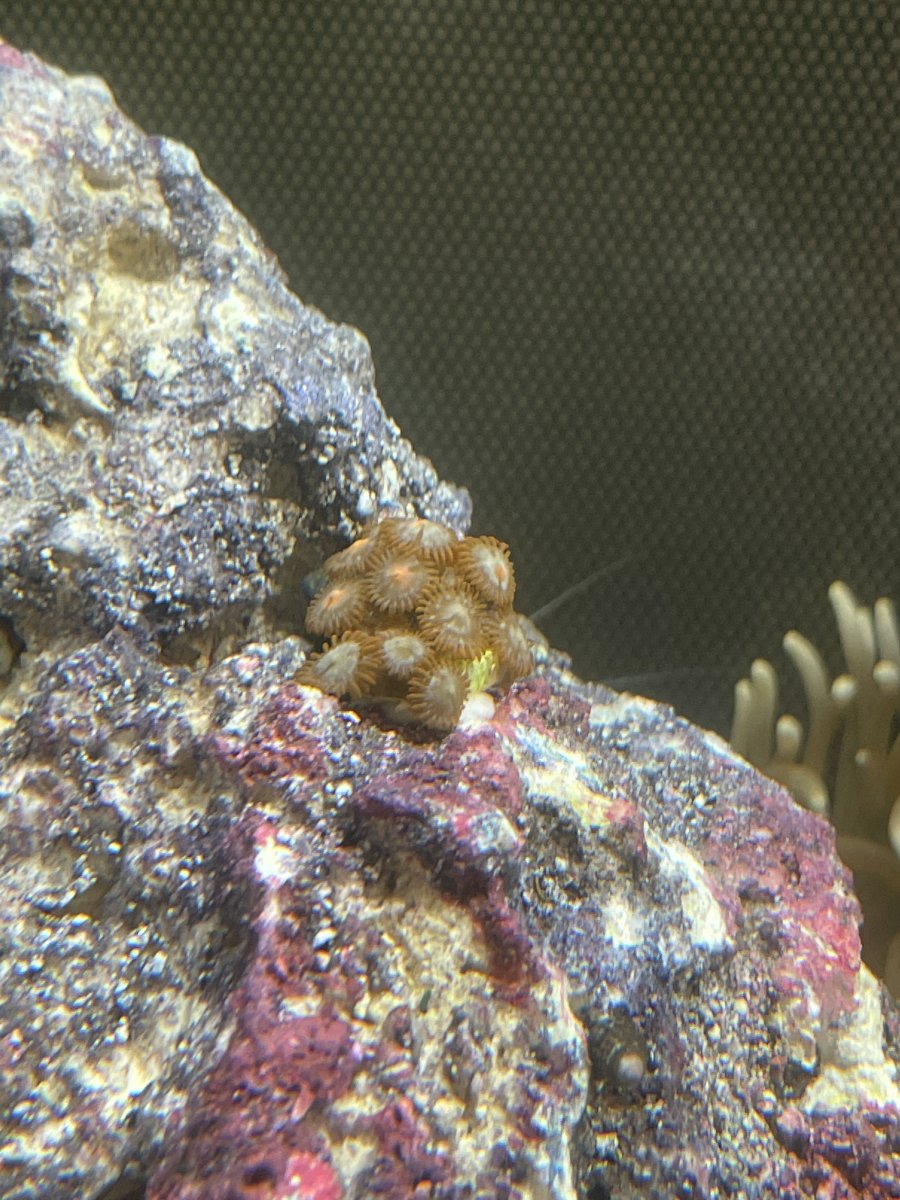 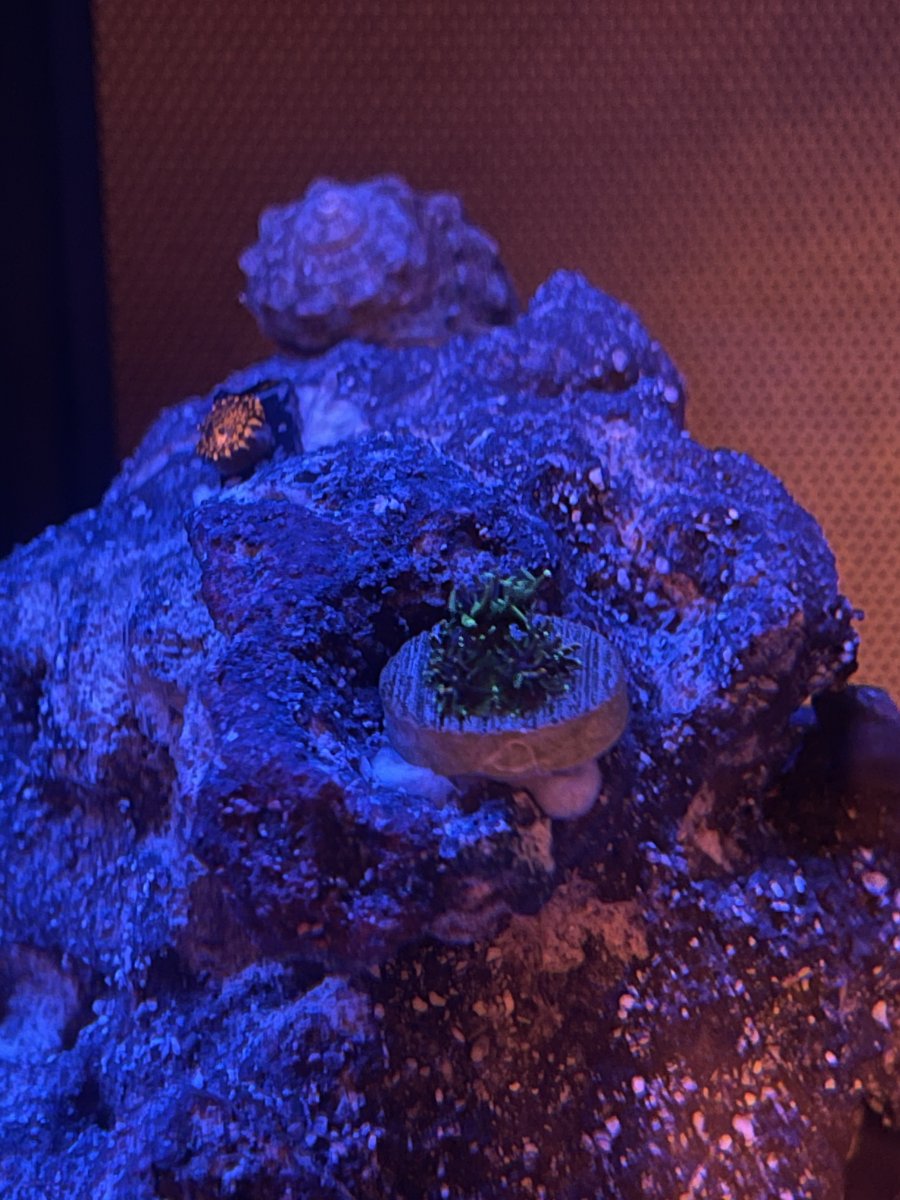 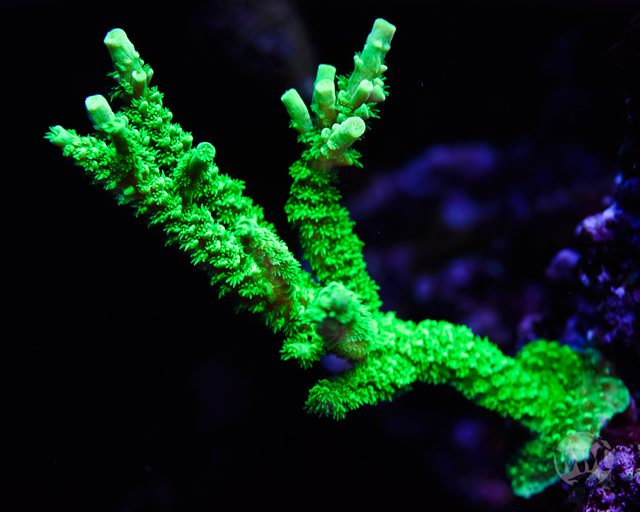 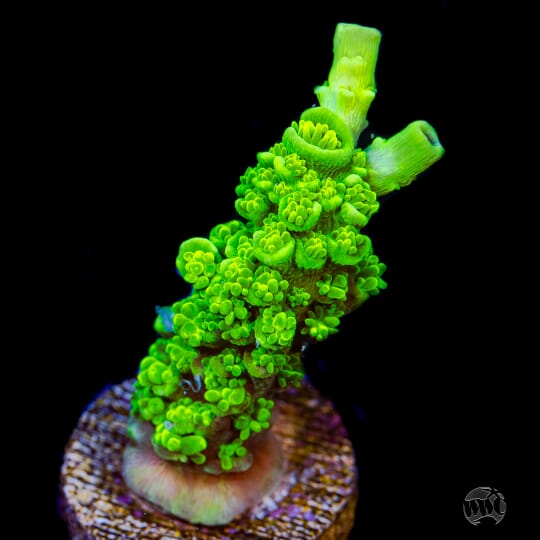 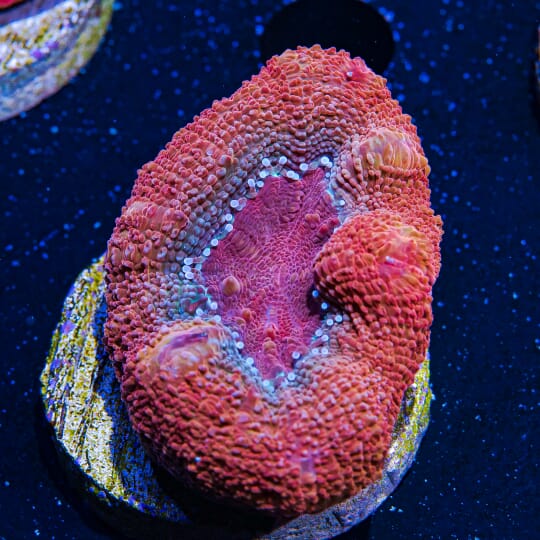 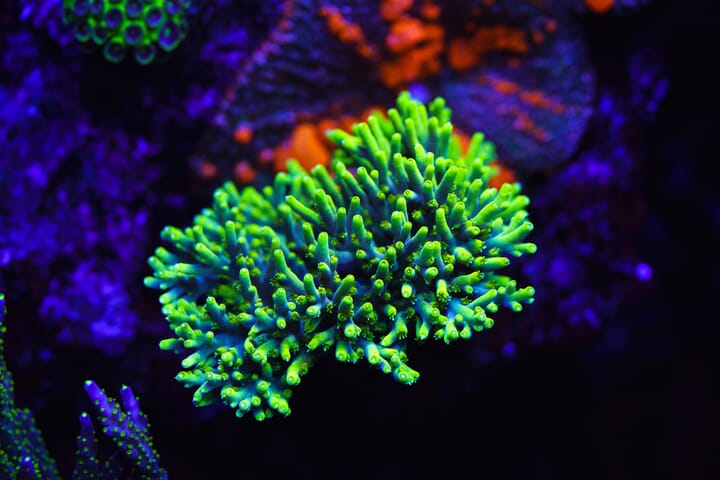 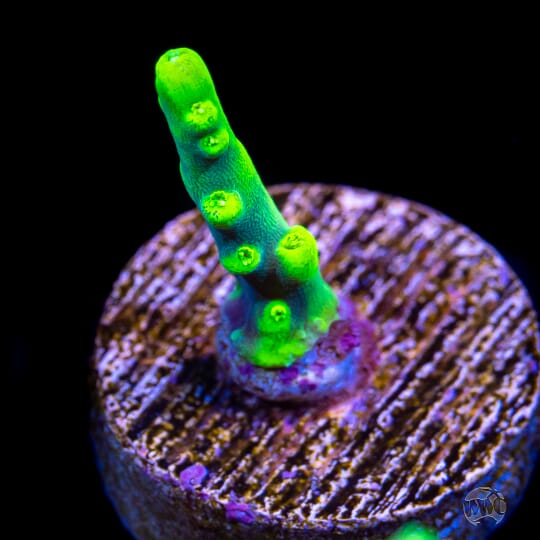 I received my Fluval Marine 3.0 LED in the mail today! Immediately installed it which was a breeze. I can definitely tell the difference between the Marine and Aquasky, which I’m now running both.
My Fascination favia has a new part that glows under the Marine LED.

Here is an image of just the Aquasky. 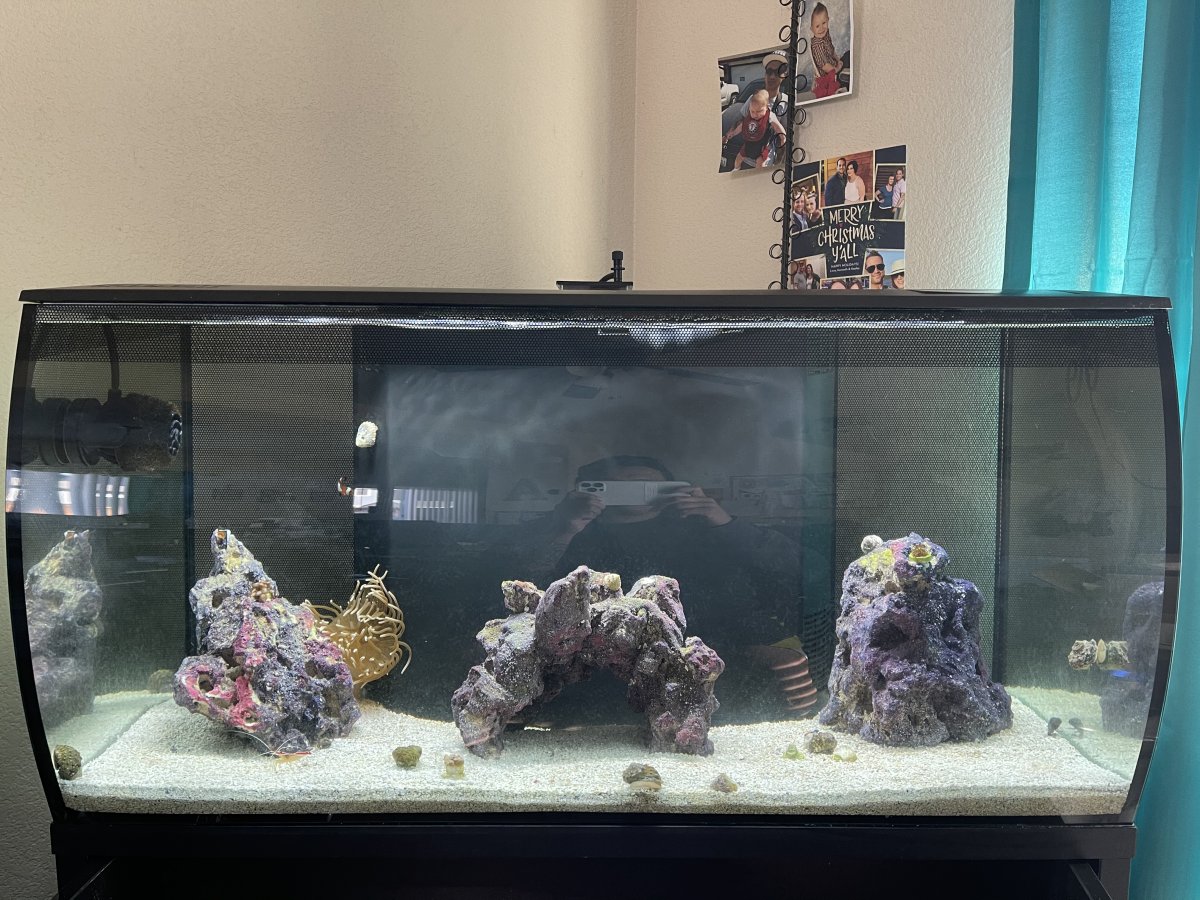 And now one with just the Marine. 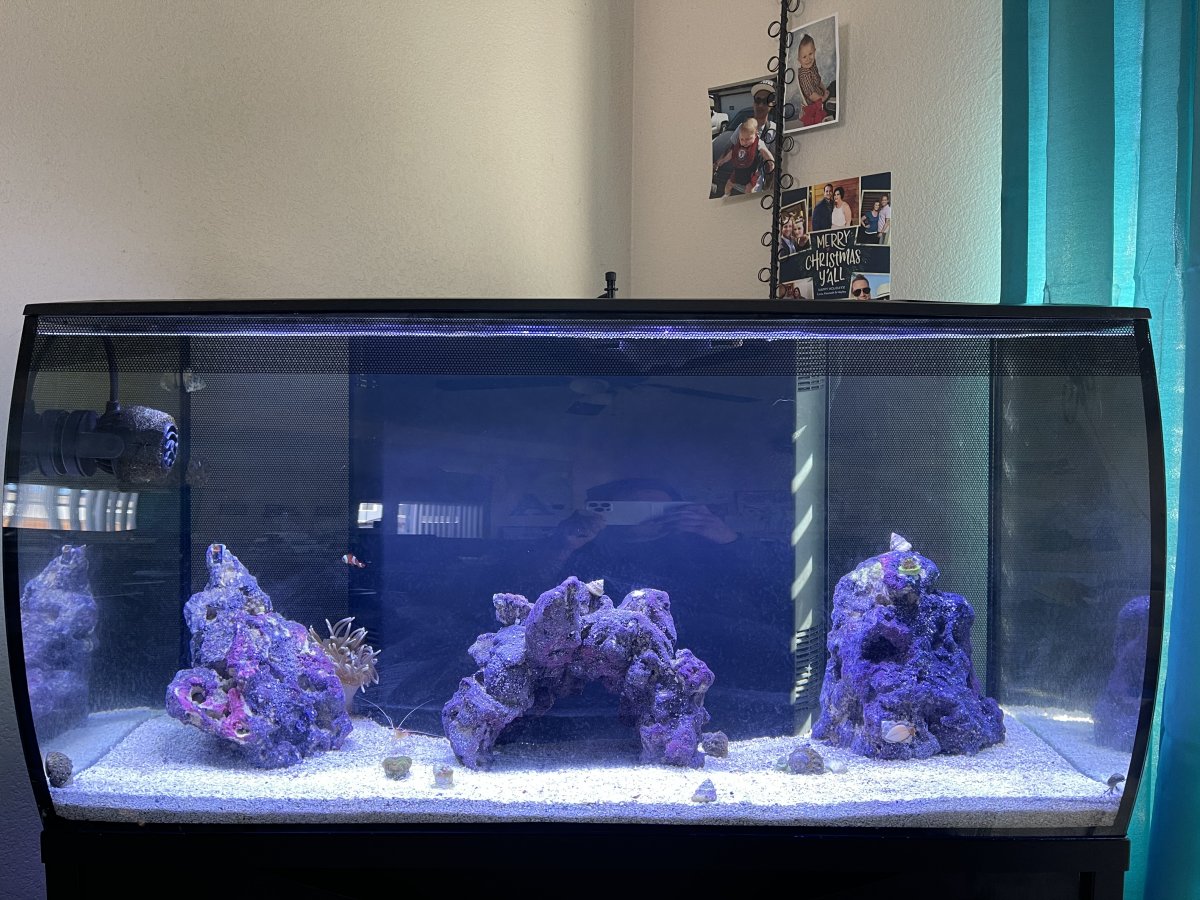 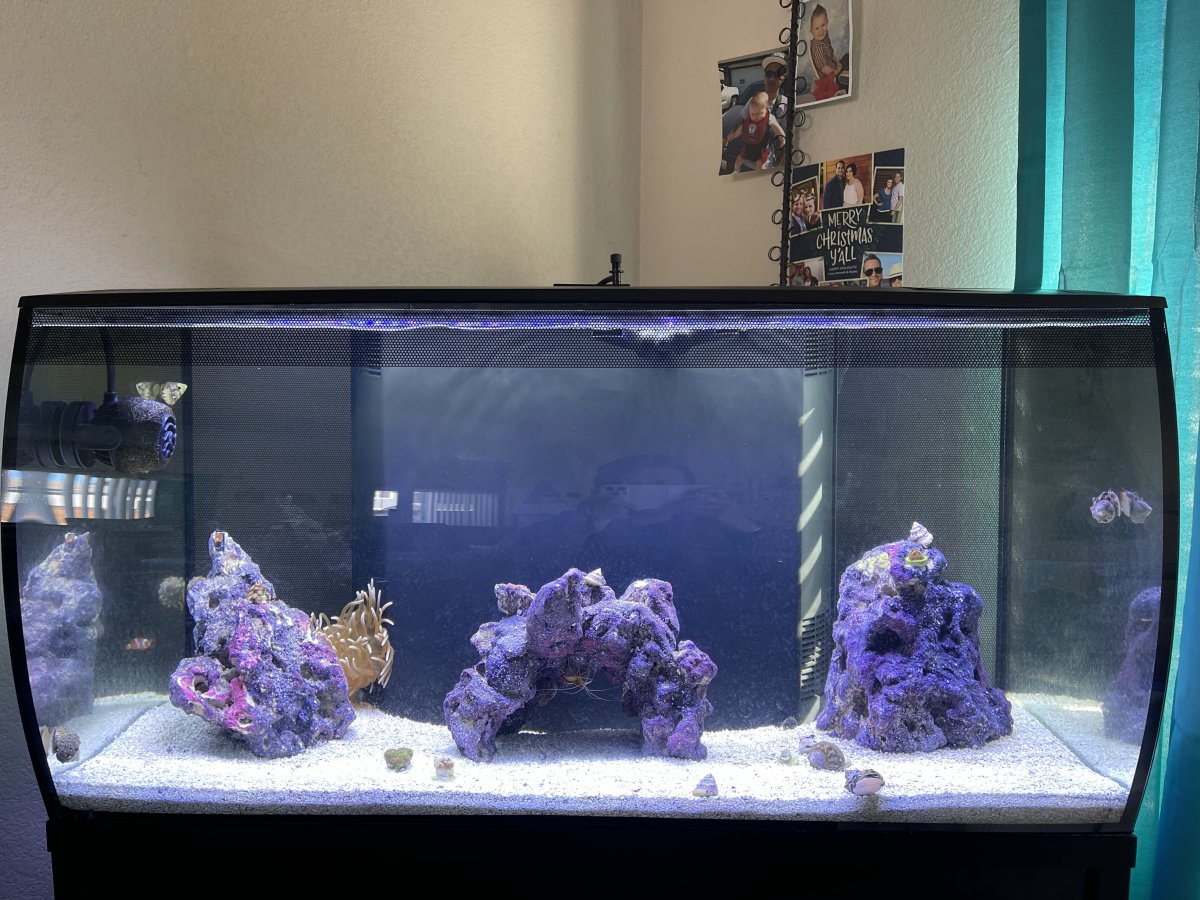 One point of bother is the lid now bows at the front middle. 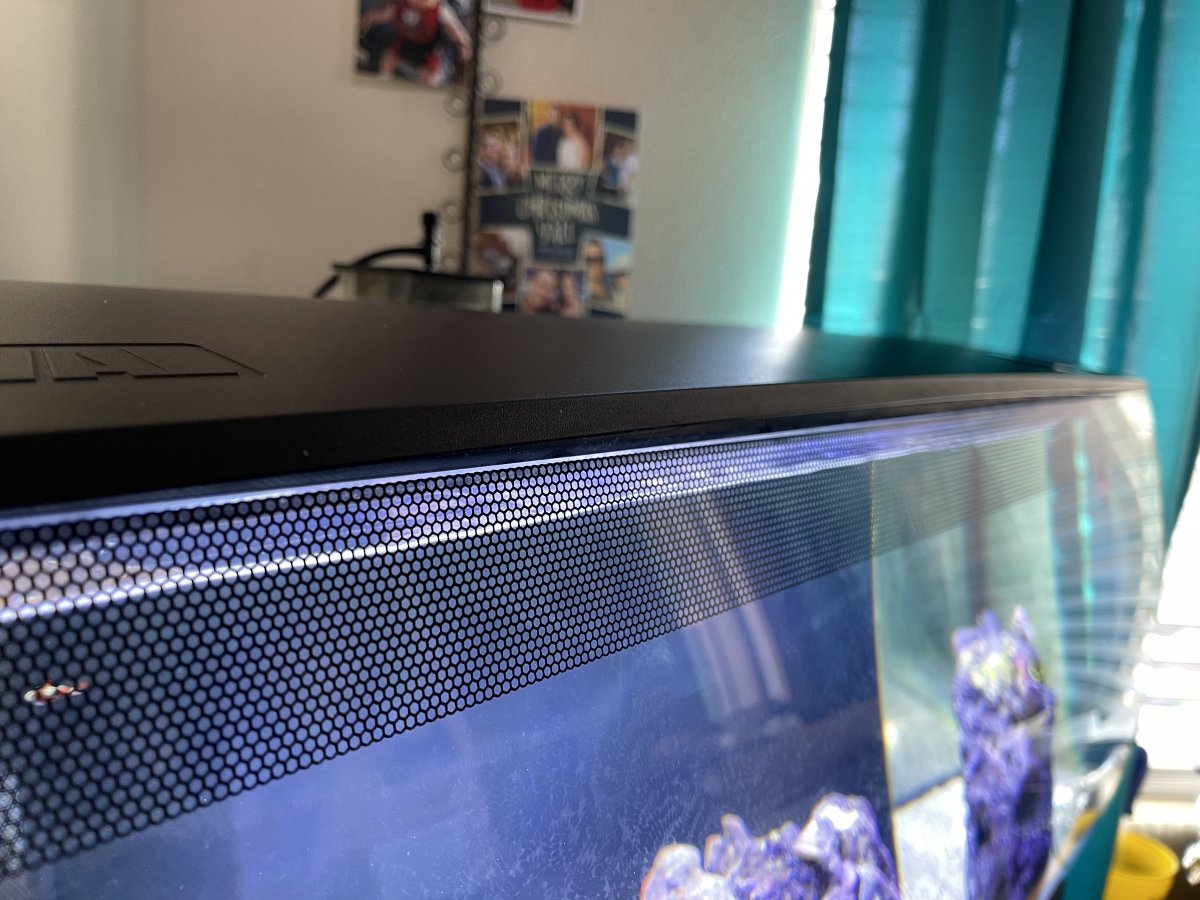 I had the same problem with my lid once I installed the second light. I put a weight on my lid for a few days which helped.
OP

Fishyj said:
I had the same problem with my lid once I installed the second light. I put a weight on my lid for a few days which helped.
Click to expand...

How much weight did you use? I’ve got a 2.5lb plate, would that be overkill?

I put enough weight to push it down. I don’t know exactly.

My lid did the same, I emailed fluval about it and they sent me a new one. Same thing happened though as soon as I set both lights up again.

I ended up calling Fluval and sent them pictures of the lid and they told me that they would have to more than likely send out a new lid. We will see.
OP

Just received my HI774 Ultra Low Range Phosphate Checker and HI781 Saltwater Nitrate Low Range Checker from saltwateraquarium.com. Gotta say, not happy with the process for the Nitrate checker. It's a long, tedious, and some of the equipment is hard to work with. Namely, the filter that needs to be used.
I also bought the pH checker,

Aside from that, my phosphate (PO4) came out to .38ppm, Nitrate (NO3) came to 4.66ppm, and pH is 7.9 According to AquaticLog, my phosphates are too high and should be under .20ppm.
So I did a 5 gallon water change this evening, I'll check PO4 again tomorrow.

Disclaimer, This has worked for me. I am not saying anyone should do this. I have not checked my tank in the last 2 years. I did when I first started out but found myself constantly chasing the numbers. I go by how my corals are doing. I usually change 5 gallons a week. I feed the fish every day and the corals twice a week. This has worked well for me on my nano tanks.

AIO Build The fluval 32.5 filtration and intank media baskets have been a bit disappointing